At the meeting the Japan Coast Guard announced a one-year training program, planned to begin in 2015, for junior officers from Asian countries. The program aims to help these officers to develop a high level of practical and applied knowledge, the ability to analyze policy and make suggestions, and the competence required to communicate in an international arena. The goal of the program is to build closer ties over the longer term among the agencies of the participating countries.

The Maritime Safety and Security Policy Program, a master’s course, will kick off in October 2015. Trainees will spend six months at the National Graduate Institute for Policy Studies in Tokyo and the remainder of the program at the Japan Coast Guard Academy in Kure, Hiroshima Prefecture. As well as maritime safety and security, the course will include research into related international law and also cover topics including East Asian international relations, security theory, and measures against organized crime. Trainees will write papers in addition to taking part in study tours to locations around Japan.

Young, middle-ranking officers with five or more years of national coast guard work experience will be eligible to take the course. Apart from GRIPS and the JCGA, the Japan International Cooperation Agency and the Nippon Foundation will assist with the running of the program. The Japan Coast Guard plans to announce the number of trainees to be enrolled once the government budget for fiscal 2015 has been finalized. 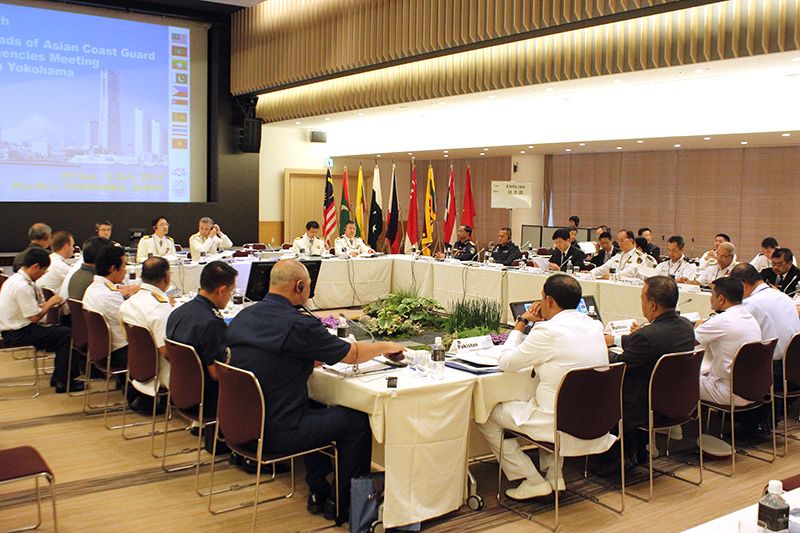 The meeting at the Pacifico Yokohama convention center.

Sasakawa Yōhei, the chairman of the Nippon Foundation, gave the opening speech at the meeting on September 30 at the Pacifico Yokohama convention center. He stated that the new training program “will aim to equip coast guard officers with broad policy perspectives to complement their extensive technical skills and knowledge,” and that “with stronger regional cooperation, I am confident that we will be able to pass on safe and bountiful seas to the future generations of Asia.” 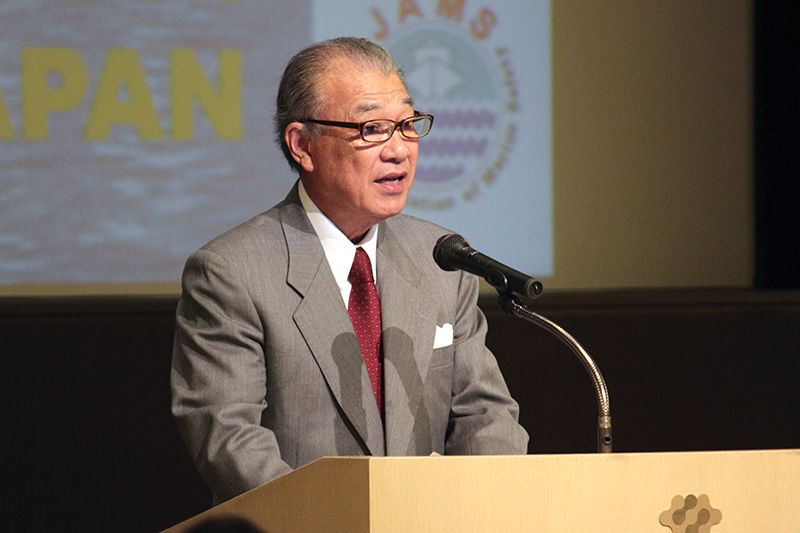 Countries serving as session leaders, including India and the Philippines, reported on concrete initiatives for tackling the common issues members have been working together to face since 2012: search and rescue, environmental protection, natural disaster preparedness, preventing and controlling unlawful acts at sea, and capacity building.

Regarding reports of a rapid increase in piracy of petroleum products from tankers in the Straits of Malacca, regional coast guards agreed to more actively publicize the steps they are taking in response. In the evening of September 30, participants paid a courtesy call on Prime Minister Abe Shinzō in Tokyo. On October 1, they observed joint rescue and antipiracy exercises by Japanese and Indian coast guard vessels in Tokyo Bay.