Japanese athletes won a total of 41 medals (12 gold, 8 silver, and 21 bronze) at the 2016 Summer Olympics held from August 5 to 21 in Rio de Janeiro, Brazil. This was Japan’s biggest ever medal haul, topping the 38 won in London in 2012. Relive the key moments with the photos below. 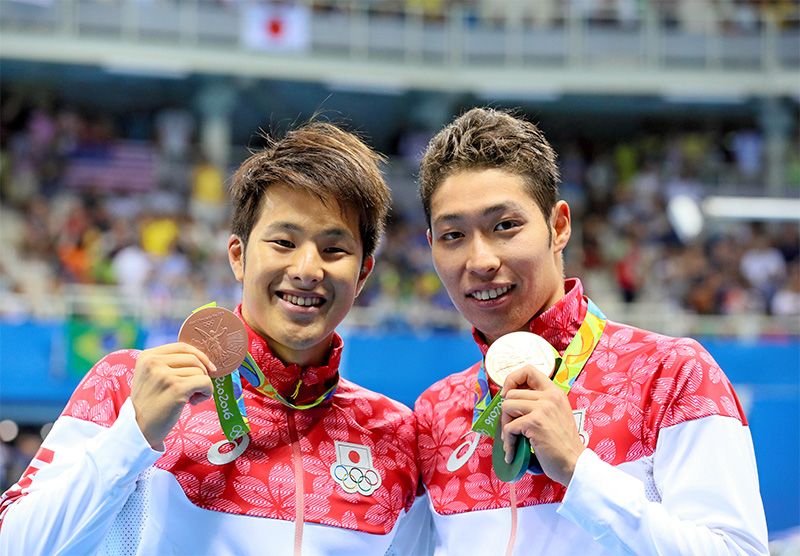 Swimmers Hagino Kōsuke (right) and Seto Daiya took gold and bronze, respectively, in the men’s 400-meter individual medley. When they received their medals on August 8, it was the first time in 60 years for Japanese swimmers to share the podium. 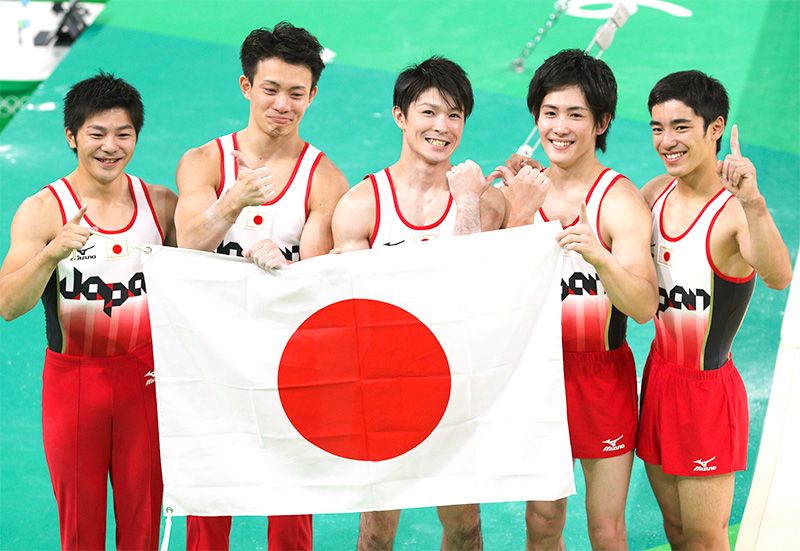 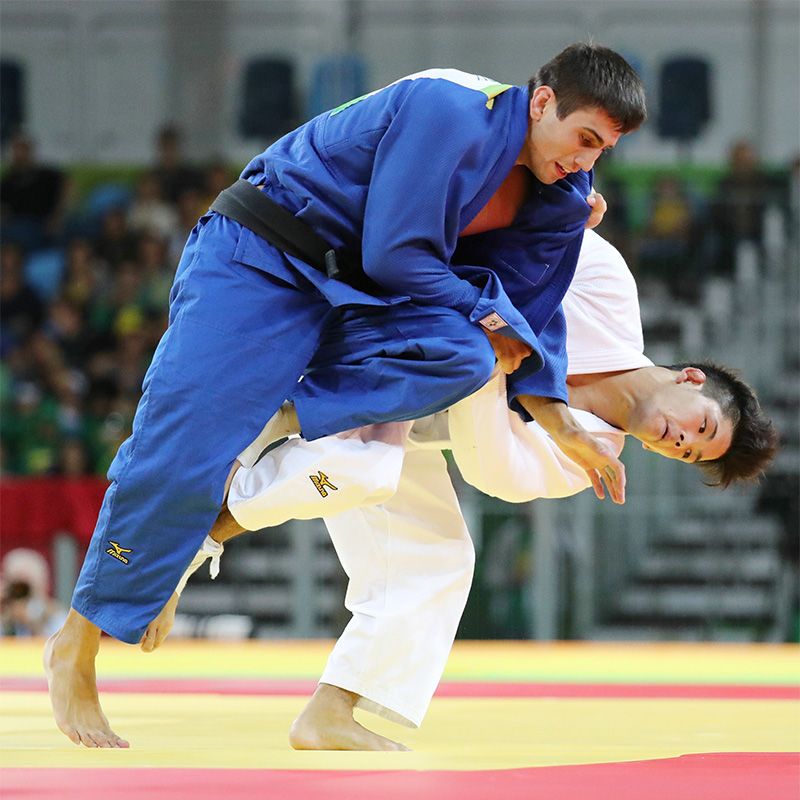 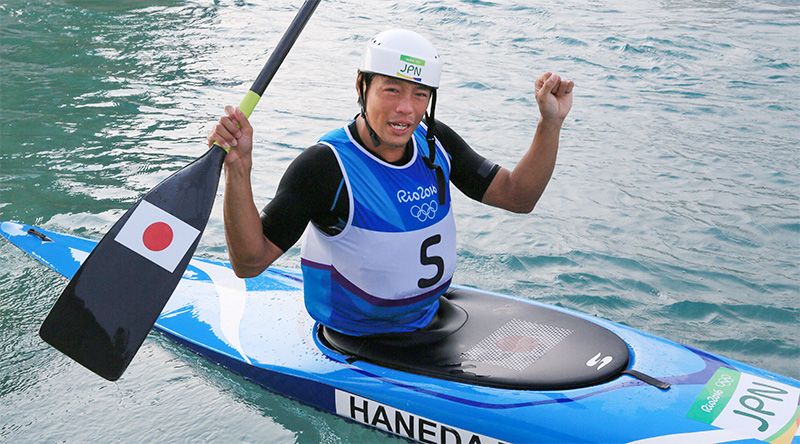 A joyful Haneda Takuya after winning bronze in the men’s canoe slalom C-1 event on August 9. He was the first-ever Japanese canoeing medalist. 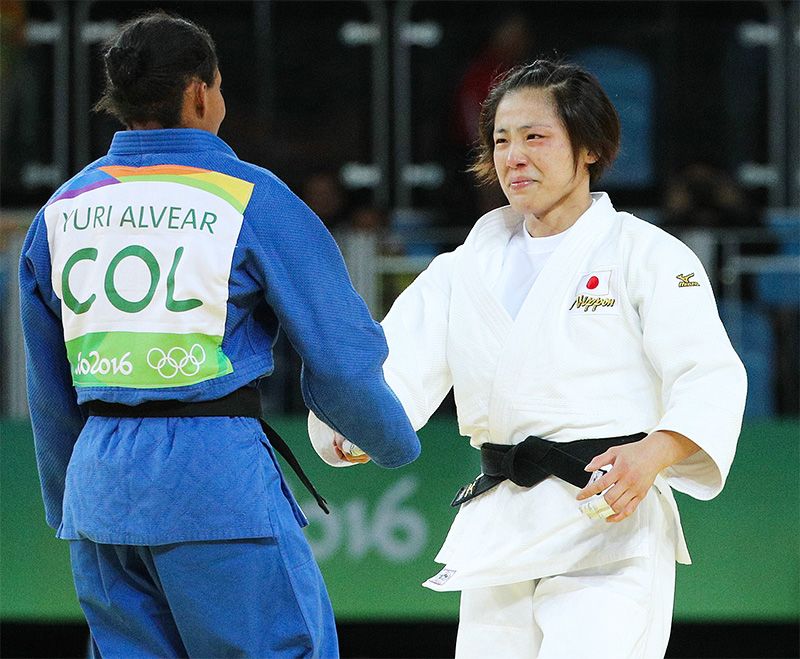 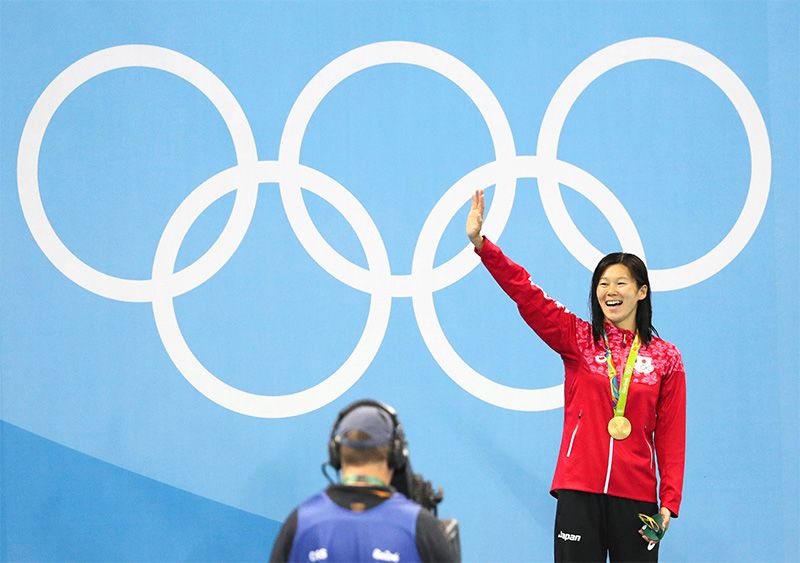 Kanetō Rie waving from the podium after taking gold in the women’s 200-meter breaststroke on August 11. 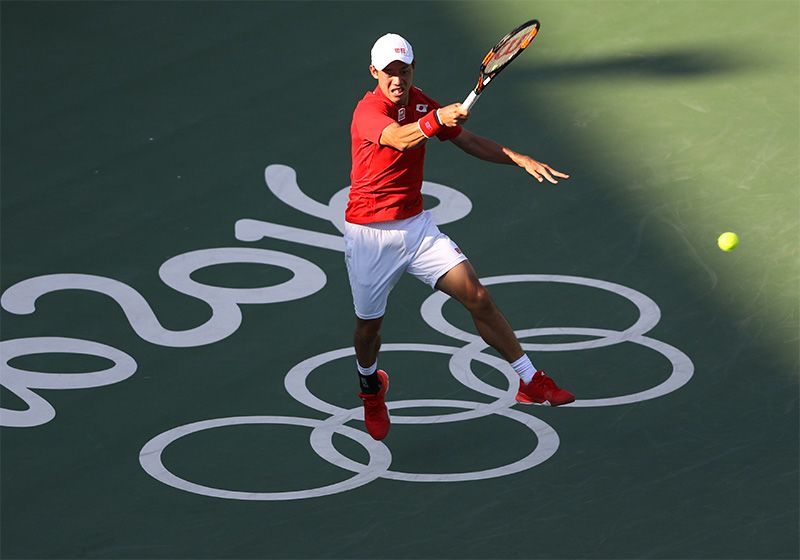 Nishikori Kei hitting a forehand during the third-place playoff in the men’s tennis singles on August 14. His bronze was the first tennis medal for Japan since 1920. 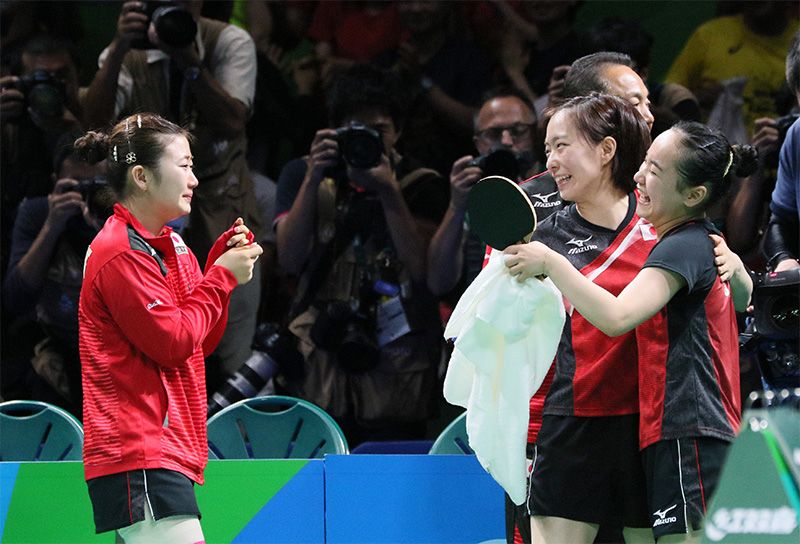 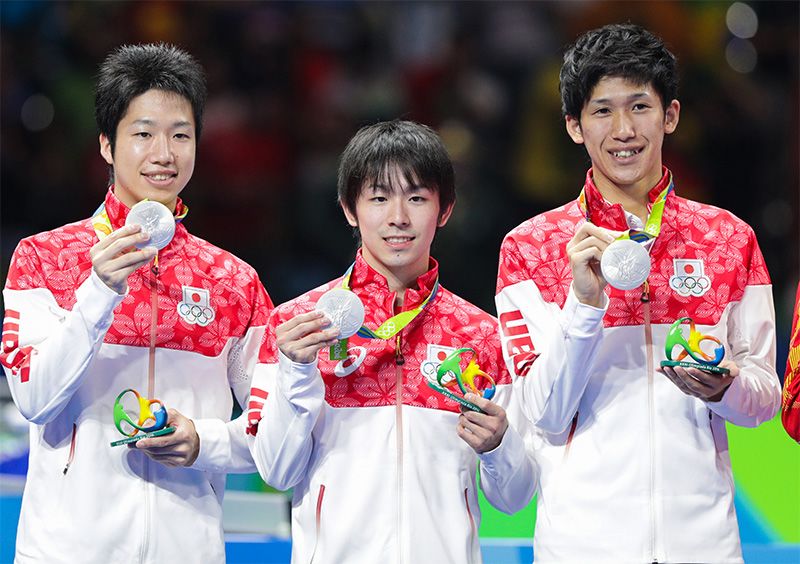 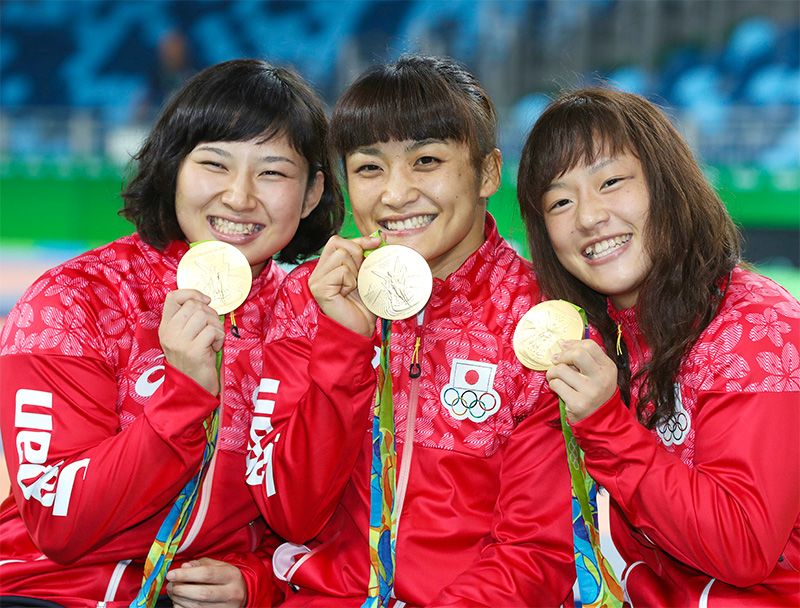 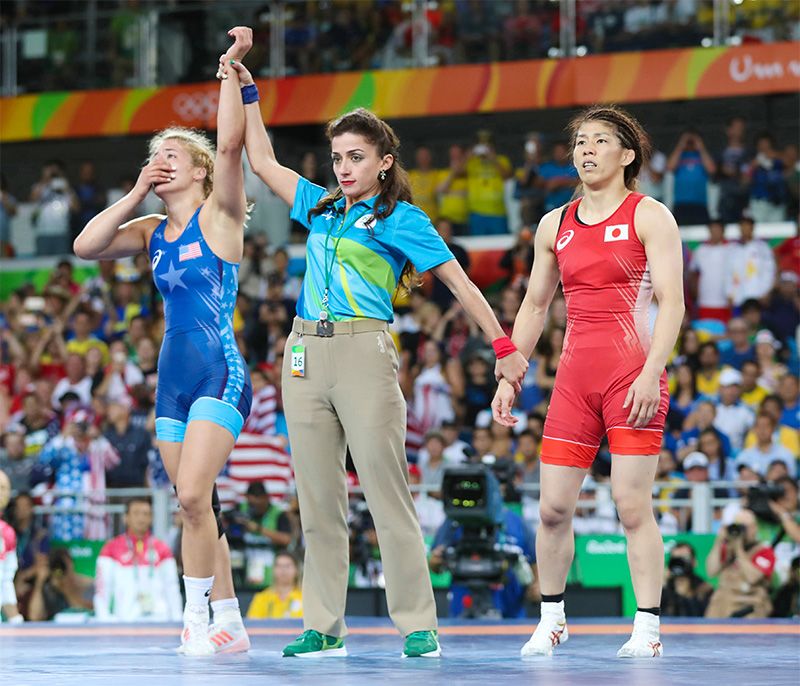 Yoshida Saori (right) missed out on four consecutive gold medals as she was only able to take silver after losing to Helen Maroulis of the United States in the final of the women’s freestyle 53-kilogram wrestling on August 18. 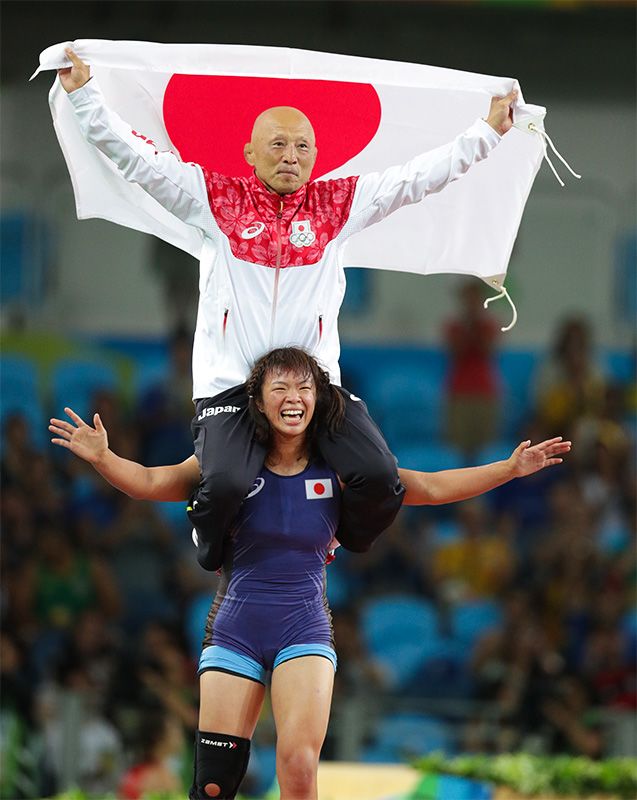 Kawai Risako celebrating by carrying coach Sakae Kazuhito on her shoulders after beating Maryia Mamashuk of Belarus for gold in the women’s freestyle 63-kilogram wrestling on August 18. 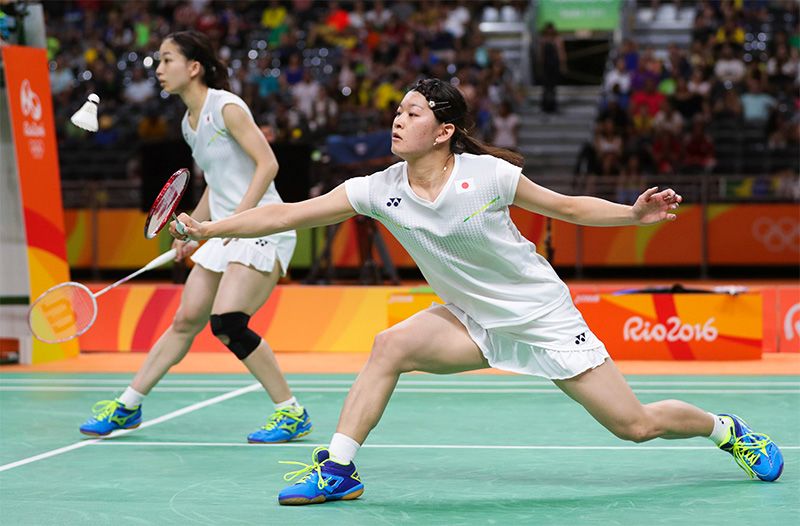 Takahashi Ayaka (right) and Matsutomo Misaki beat the Danish pair to win Japan’s first ever badminton gold in the women’s doubles on August 18. 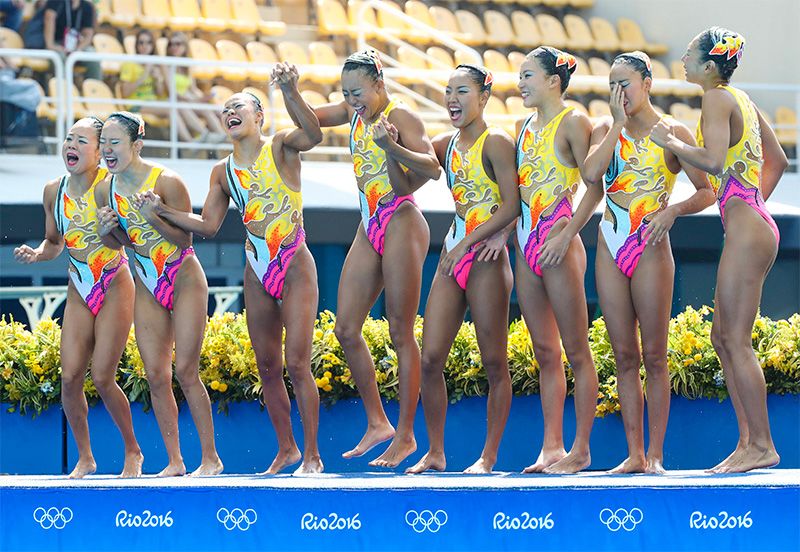 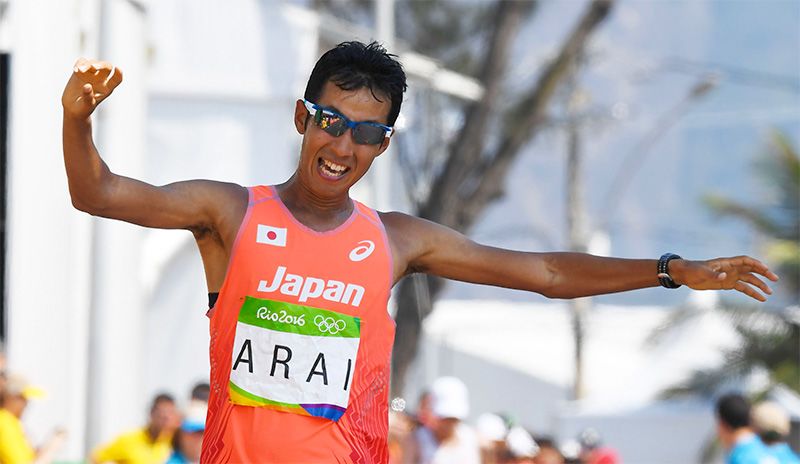 Arai Hirooki finished third in the men’s 50-kilometer walk on August 19. After initially being disqualified for making contact with a Canadian walker during the race, he saw his bronze medal reinstated following an appeal. 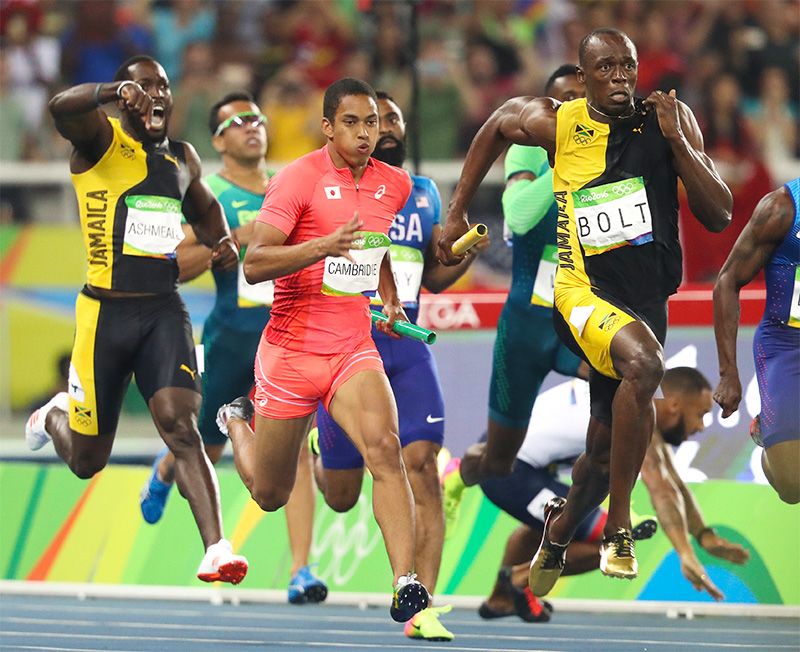 Cambridge Asuka (center) speeding away beside Jamaica’s Usain Bolt in the final leg of the men’s 4 x 100-meter relay on August 19. Japan set an Asian record of 37.60 seconds, stunning the world with a silver-medal finish.