A new exhibition is underway marking 110 years since the birth of painter Higashiyama Kaii (1908–99). Kyoto’s first retrospective of the Japanese artist for three decades will be held until October 8, 2018. The exhibition will then move to Tokyo from October 24 to December 3.

It features some 80 works by Higashiyama, renowned for his depictions of Japanese landscapes, including his classic paintings Zanshō (Afterglow), Michi (Road), and Midori hibiku (Green Resonance). Visitors will also be able to see replicas of murals from the mieidō (founder’s memorial hall) at the temple of Tōshōdaiji in Nara. 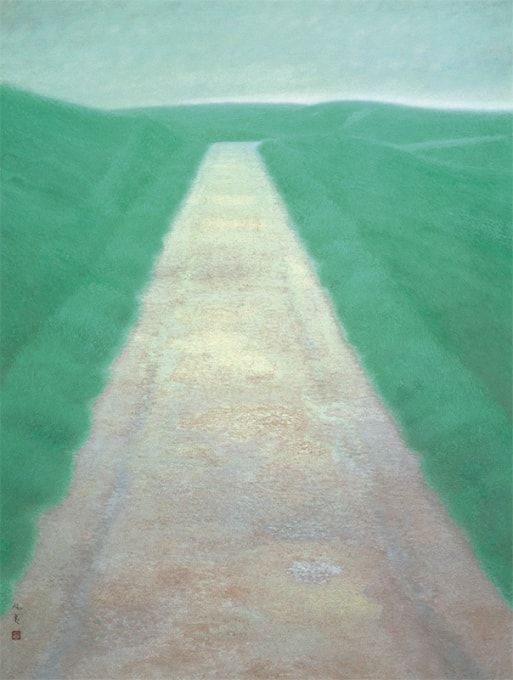 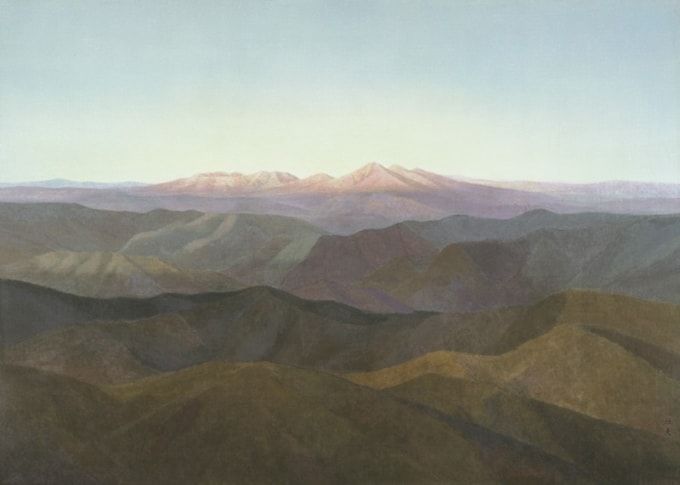 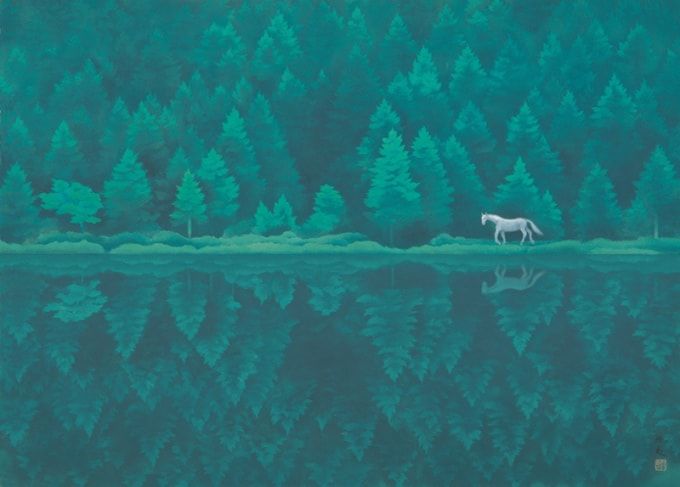 The replica murals from Tōshōdaiji on display are closely connected with China, and so will draw particular attention to the fortieth anniversary of Japan and the People’s Republic of China signing a peace and friendship treaty. A spokesperson for the sponsors said, “As it will not be possible to see the temple founder’s memorial hall at Tōshōdaiji for some years, due to repairs, this is a perfect opportunity to see the murals from close up and have almost the same experience as in the hall.”

Higashiyama was inspired to create the murals by his deep respect for the eighth-century Chinese priest Jianzhen—known as Ganjin in Japan. Jianzhen made five failed attempts to travel across the sea to propagate Buddhism in Japan before finally succeeding. Although he had lost his sight by the time he arrived, he founded Tōshōdaiji, where he taught the faith.

Higashiyama visited the places he wished to paint in order to complete the stirring Japanese scenery of works like San’un (Mountain Clouds) and Tōsei (The Sound of Waves). He also went to China three times before 1978—no easy task until the treaty relaxed considerable travel restrictions—to view the local terrain for works in the Chinese ink painting tradition. He visited Jianzhen’s home town of Yangzhou to paint the mural Yōshū kunpū (Yangzhou Breeze); Guilin, where the priest lived for a year after his fifth failed crossing, to produce Keirin gesshō (Guilin Evening Moon); and the classic Huangshan mountain range for Kōzan gyōun (Huangshan Dawn Clouds). 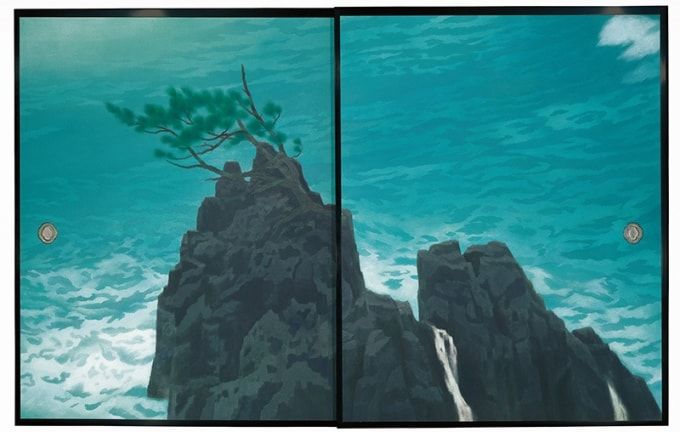 While working on the murals, Higashiyama in 1972 developed a new motif of a white horse, which appeared only in his artworks from that year. He later said that it may have been an expression of his prayers. His original painting of Green Resonance went missing, however, so the version in the exhibition was recreated 10 years late in 1982. 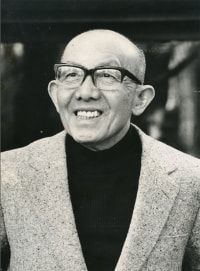 Born in Yokohama in 1908. Studied nihonga painting at Tokyo Fine Arts School (now the Tokyo University of the Arts) and European styles in Germany and elsewhere in Europe. Was conscripted during World II. After winning an award at the 1947 Nitten Exhibition for his work Zanshō (Afterglow), he was commissioned to produce murals at the Tōgū Palace and Imperial Palace and came to be known as a leading Japanese landscape painter. He spent 10 years completing 68 murals for the Tōshōdaiji temple in Nara.