The “Atomization” of Populations and the Rise of Sudden Protest Movements

In recent months, violent protests and demonstrations involving thousands of ordinary citizens have rocked cities around the world. These are not revolutionary movements to topple dictatorial regimes or protests against human rights abuses. Indeed, one of the most remarkable things about these recent uprisings is the way in which they begin apparently spontaneously and spread like wildfire to engulf a whole society. 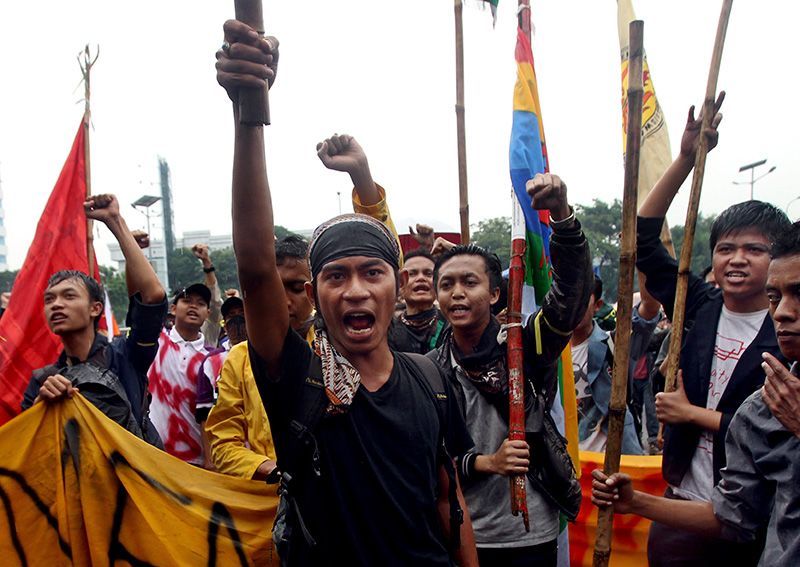 Some of these protests are sparked by horrific events. In these cases—such as the mass demonstrations that followed the gang rape of a young girl in India—mass outrage is only natural. In other cases, as with the antigovernment demonstrations in Egypt, protests have been suppressed by the military as threats to the security of the state itself. This suppression has triggered a chain reaction and led to even more violent protests.

But many of the fiercest demonstrations in the world’s emerging economies have been sparked by events that do not seem particularly shocking at all. At first glance, in fact, many of them seem to be triggered by quite insignificant events which one would not normally expect to provoke such an explosion of mass emotion. Take the recent protests in Turkey, Indonesia, and Brazil, for example. In Istanbul, public unrest arose from opposition to plans to redevelop a popular park. In Indonesia, it was the government’s plans to increase gas prices that prompted widespread protest. In Brazil, higher fares on Sao Paulo buses were enough to trigger widespread rioting. In all of these cases, what started as protests against relatively minor decisions developed into a nationwide movement. These countries have something in common: all three have enjoyed steady economic growth in recent years, and all three are ruled by governments that came to power following democratic elections.

Why should citizens take to the streets in such numbers in societies where a democratic government is in place? Why do seemingly minor events prompt so many people to join violent demonstrations rather than engaging in political argument and debate?

And why is this phenomenon occurring in the newly emerging economies that have enjoyed such dazzling growth in recent years and are becoming increasingly prominent internationally?

The answer lies in the atomization of the mass society.

Economic growth, democratization, and globalization have had a weakening effect on the organizations that would normally work as intermediaries between politicians and ordinary citizens—political parties, labor unions, and associations of enterprises. This has led to a kind of atomization of the population into disparate groups. Increasingly, citizens are relating to political issues on an individual level.

This has led to a situation in which sudden events can bring fragmented populations together, thanks to the power of the Internet. People surge into the streets and form huge seething crowds. The middle classes that have developed as a result of economic growth and democratization find themselves squeezed. Trapped between the masses, who tend to find comfort in conservative religious values, and the elite, who derive the biggest benefits from globalization, the middle classes are seeing their own social identity destabilized.

If we look at the situation from a different angle, it is clear that at least part of the problem stems from political legitimacy. The question of legitimacy has become a complex issue within democratic societies in recent years.

The first problem is that even governments that have come to power in fairly contested elections are no longer able to rely on that fact alone to provide proof of their legitimacy. The second is that the traditional means of evaluating a democratic system of government, by which a government that does not produce results will be defeated at the next election, has weakened in recent years. Today, winning an election and faithfully carrying out a series of policies are no longer enough to provide a government with legitimacy. The system is not working properly.

Because they have become atomized, citizens are easily enflamed by small matters. At the same time, fragmented populations can be brought together by the Internet into large, temporary groups without any clear definition. There is always a risk that these drifting groups will break apart again, or become hijacked by other, differently constituted groups.

In order to prevent this vicious circle, governments need to keep the dream of economic growth alive in people’s minds and ensure that this growth produces tangible results. Otherwise, there is a danger that the middle classes will join the masses and bring religious or ideological values into politics, look to a military or political dictator for salvation, or turn to nationalism and join hands with antiglobalization forces.

What we are seeing here is a new dimension to an age-old question: What should be the relationship between economic development and democratic politics?

A Reaction Against Globalization

Indonesia, Turkey, and Brazil are all countries in which religion is deeply rooted in the society and politics of the nation. In Brazil, the papal nuncio is dean of the diplomatic corps and comes first in the official order of precedence. This is a clear signal to people at home and abroad that Brazil is a Catholic country.

Indonesia is the world’s largest Muslim country. Turkey has kept Islam and politics separate since it was founded as a modern state and insists on its status as a secular country, but in fact a bitter political debate continues about the exact form the state should take.

These societies are being buffeted by the twin waves of economic growth and globalization. Globalization makes it difficult for individual states and governments to implement economic and social policies according to the internal logic prevailing within their own borders. At the same time, it increases economic and social disparities and weakens or destroys the groups that used to mediate between governments and their people. The revival of religious thought as a political force is part of the reaction against this tendency. At the same time, there has been a violent reaction against the values that lurk in the background to globalization.

Seen in this way, the atomization of populations is itself a product of globalization, just as the recent unpredictable mass demonstrations are a form of reaction against globalization. A global view is therefore a vital part of any appropriate response. We need to see these shifting protests and atomized populations not merely from within the context of a single state but from a global perspective.