The Impact of Koizumi’s Call for Zero Nuclear Power

At a press conference held at the Japan National Press Club in Tokyo on November 12, 2013, former Prime Minister Koizumi Jun’ichirō discussed his position on nuclear power. In view of the March 2011 disaster at the Fukushima Daiichi Nuclear Power Station, Koizumi said, zero nuclear power can be achieved—if only Prime Minister Abe Shinzō makes the decision. Regarding timing, he said, “We should go to zero now.” 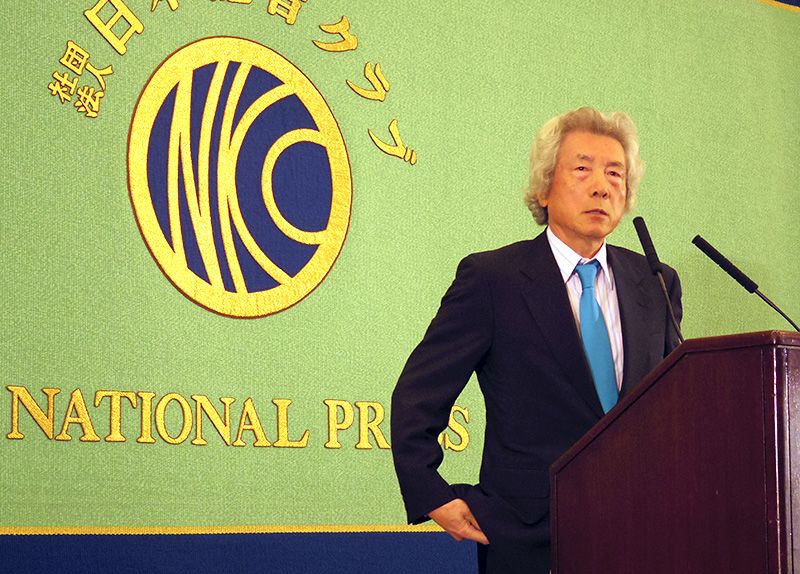 Koizumi’s public adoption of a zero-nuclear position comes in the context of mounting concerns about reactivating the country’s nuclear power plants without final disposal sites for high-level radioactive waste. At the press conference, Koizumi said that it was his visit to the Onkalo final disposal facility in Finland that brought home to him how difficult it will be to build a similar facility in Japan.

Having said this, he called on Prime Minister Abe: “The public has set the stage for you to use your authority to move us in the right direction [of zero nuclear power]. Ultimately, it’s a question of the prime minister’s judgment and insight.” In other words: It can be done if Abe is determined to do it.

Koizumi's support for the anti-nuclear cause first made the news via a column published in the Mainichi Shimbun in August. Since October 2013, Koizumi has made similar claims at lectures covered by the media on two previous occasions. In mid-October, in response to an editorial by the Yomiuri Shimbun that criticized his zero-nuclear stance, he contributed a rebuttal to the same newspaper.

The November 12 event was the first serious press conference, however, and interest was high. Some 350 reporters and journalists gathered at the JNPC, the largest crowd in recent years—so large that there was a substantial overflow into the hallway.

Polarized Response from the Media

The press conference drew a polarized response from the media. Of the six national newspapers, Asahi Shimbun, Mainichi Shimbun, and Tokyo Shimbun applauded Koizumi’s remarks. Tokyo Shimbun, the most avid proponent of phasing out nuclear power, printed the headline, “As Stated, Reactivation Is Unrealistic.” By contrast, Yomiuri Shimbun, Nihon Keizai Shimbun (Nikkei), and Sankei Shimbun were matter-of-fact in their coverage and cast doubt on the feasibility of his proposals. Television networks were all over the press conference, suggesting a reprise of Koizumi’s theatrical politics, and reported on the story as if it marked a tipping point in the debate over nuclear power policy.

Needless to say, the response of the ruling Liberal Democratic Party was to avoid overreaction. The party’s response can be summed up by the words of LDP Executive Acting Secretary-General Hosoda Hiroyuki, who served as chief cabinet secretary under the Koizumi administration: “If we were to [stop using nuclear power and] rely on coal and thermal power, it would mean a far greater burden on humanity. I have respect [for Koizumi], but I don’t agree with his conclusion.” This criticism arises from the standpoint of practical politics; the government must answer to the energy needs of ongoing economic activity and people’s everyday lives while trying to control greenhouse gas emissions. LDP Secretary-General Ishiba Shigeru made it clear on November 16 that the party would not be changing its policy.

The LDP secured a sweeping victory in the July 2013 House of Councillors election with promises to review national energy policy from scratch and restart nuclear power plants that have been deemed safe by the Nuclear Regulation Authority. In the December 2012 general election, which brought the LDP back to power, parties that called for “phasing out” or “moving beyond” nuclear power suffered overwhelming defeats across the board. Although nuclear power was not a decisive issue in either election, it is clear that political forces in favor of a nuclear power phase-out lack momentum. Contrary to Koizumi’s claim at the press conference that the LDP is split down the middle on nuclear power, those against nuclear energy have failed to make their influence felt within the party.

No Final Repository Before 2040

The nuclear waste Koizumi referred to in his remarks is the waste fluid that remains after spent fuel rods have been reprocessed to remove plutonium and other substances. Around 17,000 tons of spent fuel rods are stored in nuclear power stations across Japan.

In 2000 the government set up the Nuclear Waste Management Organization of Japan (NUMO) to select potential sites for a repository of high-level radioactive waste. It had hoped to choose a site based on applications from municipalities, but when the town of Tōyō in Kōchi Prefecture responded to the call in 2007, intense protests ensued and the mayor was forced to resign. In the basic energy plan slated for adoption as early as the end of this year, the government is expected to come out with a new policy of government-led site selection. Only since Koizumi’s recent remarks have these policies begun to receive prominent coverage in the media. This alone is enough to suggest that his zero-nuclear stance has strongly influenced government policy.

With regard to the final disposal of high-level radioactive waste, the international consensus is that geological disposal in stable host rock more than 300 meters underground is the safest method.

This requires vitrifying high-level radioactive waste before packing it in sturdy steel containers and cooling it for 30 to 50 years. This method is believed to provide safe and stable storage for over 100,000 years. Outside Japan, construction of a final disposal facility is slated in Forsmark, Sweden, in addition to the Onkalo facility (meaning “cave” or “hiding place”) that Koizumi visited on Olkiluoto Island, Finland.

In Japan, technologies for high-level radioactive waste disposal are scheduled for testing in Horonobe, Hokkaido, starting summer 2014. But no decision has yet been taken on where the facility should be built. The facility is projected to go into operation in the 2040s or perhaps even later. The cost of completing it are already estimated at ¥3.5 trillion (according to the International Atomic Energy Agency). 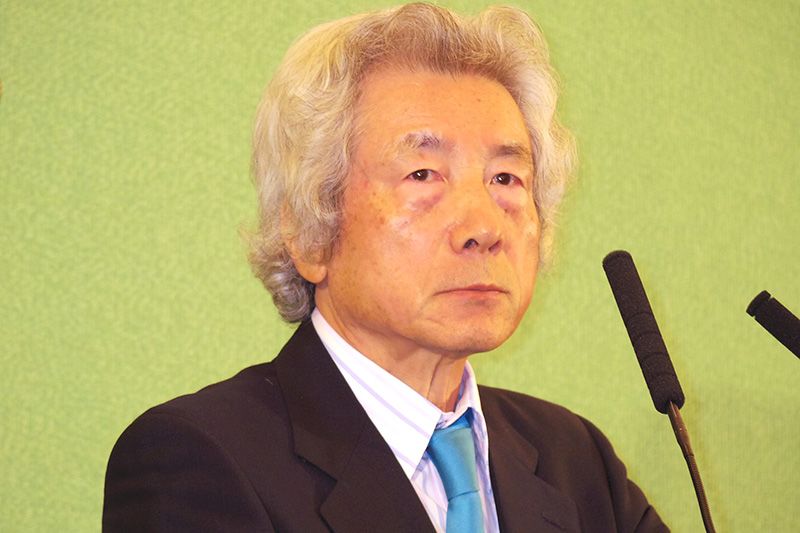 The impact of Koizumi’s remarks on politics and the media is already starting to subside. Many have pointed out that if Koizumi wants to insist on zero nuclear power, he should repent his previous support for it during his time in office and lay out a detailed, realistic roadmap for nuclear shutdown. Using coal, oil, and natural gas instead of nuclear power costs roughly ¥10 billion a day. Some experts warn that Japan risks going into chronic deficit unless it finds an affordable solution to its energy dilemma.

The Fukushima Daiichi nuclear disaster showed how terrifying nuclear disasters can be and how difficult it is to deal safely with radiation. These problems pose complex challenges for the whole of humanity. The tragedy also served as a reminder that the problem of nuclear power goes beyond politics and economics. Among other things, there are moral and philosophical issues we need to address. If Koizumi’s remarks helped to remind people of the dangers that remain and the issues that need to be addressed, they will have served a useful purpose. The stir that Koizumi created may be settling down, but the issues themselves continue to loom as large as ever.