Lafcadio Hearn and the Lessons of Jūdō: Leveraging an Opponent’s Strength

Culture Feb 8, 2017
The writer Lafcadio Hearn helped to introduce jūdō to the world after encountering the martial art through his friendship with its founder, Kanō Jigorō. Hearn was captivated by the jūdō principle of making use of an opponent’s strength. He saw this martial art as a reflection of how Japan was able to flexibly assimilate the strengths of foreign cultures. 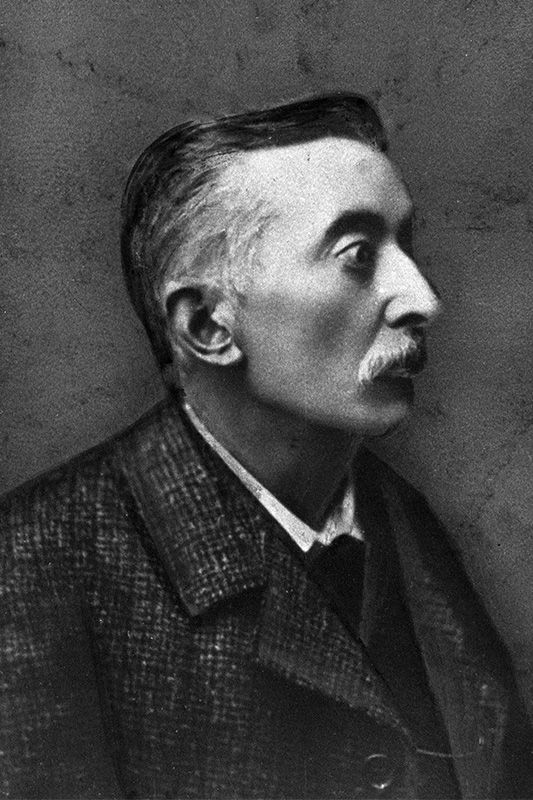 Why has jūdō become popular in countries around the world? The answer lies in the fact that its techniques are fundamentally different than those used in Western combat sports. In those sports, the stronger competitor is usually the victor. But in the case of jūdō, even a weaker contestant can win. This is made possible by leveraging the strength of the opponent. One person who conveyed this idea to people in the West was the writer and longtime resident of Japan, Lafcadio Hearn, who became a naturalized Japanese citizen under the name of Koizumi Yakumo.

Hearn, who is known for such works as Kwaidan, was born in 1850 on the Greek island of Lefkada. After living in Britain and the United States, Hearn came to Japan in 1890. He became deeply interested in Japanese culture, married a Japanese woman named Koizumi Setsu, and worked as a university professor. During his life in Japan, Hearn traveled extensively around the country to learn more about the distinctive aspects of Japanese culture, presenting what he found in essays written for Western readers.

In 1891, Hearn was hired as an English teacher in Kumamoto at the Fifth Higher Normal School (present-day Kumamoto University) thanks to the recommendation of its dean, Kanō Jigorō, who founded the martial art of jūdō at the Kōdōkan Institute. With his great interest in Japanese culture, Hearn visited the jūdō dōjō where Kanō was teaching. In the following passage from his 1895 book Out of the East, Hearn describes the surprising thing he learned from this experience:

[T]he master of jiujutsu never relies upon his own strength. He scarcely uses his own strength in the greatest emergency. Then what does he use? Simply the strength of his antagonist. The force of the enemy is the only means by which that enemy is overcome. The art of jiujutsu teaches you to rely upon the strength of your opponent; and the greater his strength, the worse for him and the better for you.

What Hearn refers to in this passage as “jiujutsu” (or “jūjutsu” as it is commonly spelled today) is actually the martial art of jūdō that Kanō developed on the basis of jūjutsu. Hearn was charmed by the technique that epitomizes jūdō, where a competitor can win by using the power of an opponent— in other words, a victory achieved without directly opposing the other’s strength.

But Hearn’s interest in this approach was not limited to jūdō; he saw it as characterizing the Japanese modernization drive, as he explains in the same book:

[F]oreigners might have predicted, with every appearance of reason, that Japan would adopt not only the dress, but the manners of the Occident; not only our means of rapid transit and communication, but also our principles of architecture; not only our industries and applied science, but likewise our metaphysics and our dogmas. Some really believed that the country would soon be thrown open to foreign settlement; that Western capital would be tempted by extraordinary privileges to aid in the development of various resources; and even that the nation would eventually proclaim, through Imperial Edict, its sudden conversation to what we call Christianity. But such beliefs were due to an unavoidable but absolute ignorance of the character of the race—of its deeper capacities, of its foresight, of its immemorial spirit of independence. That Japan might only be practicing jiujutsu, nobody supposed for a moment: indeed at that time nobody in the West had ever heard of jiujutsu. And, nevertheless, jiujutsu it all was.

The Strength of Japanese Adaptability

Hearn did not mean to say that the Japanese people were literally using jūjutsu techniques in their daily lives but that the key jūjutsu approach of winning without opposing strength was a characteristic of the Japanese and their culture. Hearn emphasized that it would be wrong for Westerners to underestimate Japan.

Suffice to say, in conclusion, that she has selected and adopted the best of everything represented by our industries, by our applied sciences, by our economical, financial, and legal experience; availing herself in every case of the highest results only, and invariably shaping her acquisitions to meet here own needs. . . .

She has been able to remain herself, and to profit to the utmost possible limit by the strength of the enemy. She has been, and still is, defending herself by the most admirable system of intellectual self-defense ever heard of—by a marvelous national jiujutsu.

These lines were written on the eve of the Sino-Japanese War of 1894–95 and then published after the war ended in Hearn’s collection of essays titled Out of the East. This was a period when Westerners were beginning to pay closer attention to Japan. Hearn’s book, which was published in New York and London, was read by many Westerners at the time.

Following its publication, more and more foreign tourists visited the Kōdōkan Institute. There were also many politicians, diplomats, and educators from overseas who went there to observe jūdō. These visitors included a professor from Yale University, Dr. Hughes from Cambridge University’s Faculty of Education, a group of around 40 British naval officers and commanders, and Professor John Dewey from Columbia University. They came to see for themselves if it was true that the secret of Japan’s successful modernization could be found at the Kōdōkan.

The fundamental principle that one could attain victory without directly meeting force with force was a novel concept to Westerners at the time. In depicting Japanese modernization through the lens of jūdō, Hearn ended up popularizing this martial art while also bringing Kanō Jigorō to the attention of the West.

Not only is the perspective from which Hearn regards Japanese culture interesting but he also underscores that one strength of the Japanese people that should not be overlooked is the flexibility in assimilating foreign cultures. This is the concept of adapting to the strength of others and assimilating that strength by making needed adjustments. The Japanese people had already developed this skill over their long history of assimilating different cultures from the Asian continent, and jūdō itself can be said to have emerged out of that cultural soil.

(Originally published in Japanese on December 14, 2016. Banner photo: A statue of Kanō Jigorō conveying a black belt on Vasili Oshchepkov, the “father of Russian jūdō.” Photograph courtesy of Igor Novikov, government of the Russian province of Primorsky Krai.)