A Vision of the Savannah: Finding a Way Back into Japanese Society

Society Jan 9, 2018
In the second of two interviews with former hikikomori, Maruyama Yasuhiko talks about how he struggled unsuccessfully to be “normal” until a vision of wild animals on an African savannah gave him a new view of life. 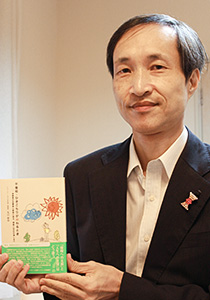 Born in Tokyo in 1964. Took seven years to complete high school because of extended nonattendance. After graduating from university, worked at a high school before a spell of withdrawal from society. He then spent time researching support for young people, and established Human Studio, where he provides counseling related to school nonattendance and social withdrawal. Author of Futōkō, hikikomori ga owaru toki (When School Nonattendance and Social Withdrawal End).

INTERVIEWER I believe that many factors and accumulated causes can trigger social withdrawal. Could you sum up what it was that led you to become a hikikomori?

MARUYAMA YASUHIKO It took me seven years to graduate from high school, because I didn’t attend regularly. Then I graduated from university and I wanted to qualify as a teacher, but I couldn’t find a permanent position. My parents’ response to my situation and trouble I had with a person I trusted left me feeling betrayed and suspicious, and it was with a head full of such thoughts that I withdrew from society. My life as a hikikomori started in my mid-twenties and continued through my early thirties.

During those years I couldn’t find the mental flexibility to sort out the thoughts filling my head, get over them, and return to society. I was convinced that I’d never make it back to being “normal.” But in retrospect, I think I could have avoided becoming a hikikomori if I’d had someone I could talk to without fear. 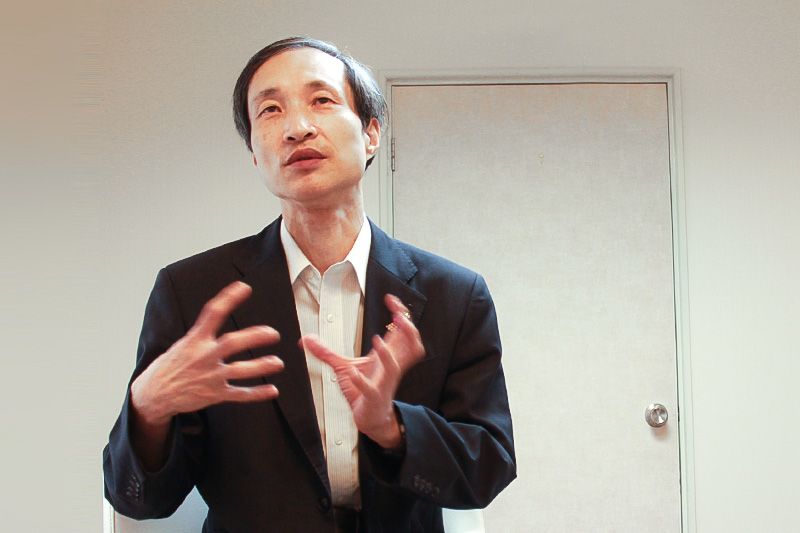 INTERVIEWER What kind of hardships and pain were you burdened with while living withdrawn from society?

MARUYAMA I wasn’t totally holed up at home just feeling depressed for an extended period. I still had a certain degree of mobility. For example, I’d go out once a month and buy books. But that was no consolation. I was troubled by the social expectation that people are supposed to go out and work when they become adults. It felt wrong that I couldn’t take part in society because I distrusted it and other people.

For example, all the regular rail commuters would use their passes to breeze through the ticket gates. I was the only one using a single-trip ticket. I had a complex about this difference and it was a burden on me. With no job and no income, I felt pain and embarrassment at not having a place as an adult member of society, and this acted as a physical drag on my movements. It really felt like there were weights attached to my feet.

When I was at my lowest point, apart from eating and watching a little television, I’d spend my time just lying down and moping, with thoughts of self-reproach and despair spinning around in my head. 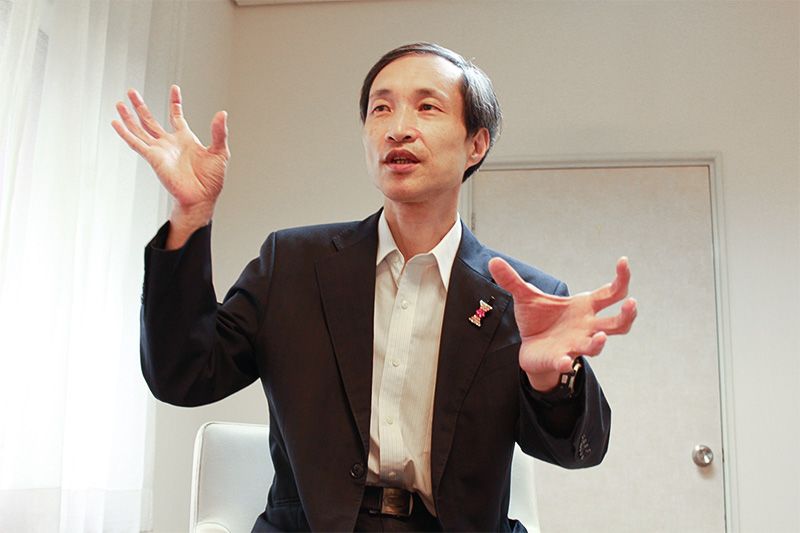 Wild Animals on the Savannah

INTERVIEWER What led you to return to society? And what have you been doing since then?

MARUYAMA In my fourth year as a hikikomori, I had an experience that made me want to get back into society. Though it had taken me seven years to graduate from high school, every year after that I attended the alumni reunion. And for the tenth anniversary of our graduation, I became part of the board organizing the reunion. It was like a job, and it was fun. I wanted to continue experiencing this enjoyment, so I started looking for work. Before that, as a hikikomori I’d managed to avert my eyes from society. Perhaps it had been a way of preventing myself from falling into total despair.

But my decision to look for a job forced me to take a straight look at society. And as soon as I did, I was hit hard by a belated sense of failure: Other people my age had been working, getting married, and raising children. Meanwhile, what had I been up to? I blamed myself and felt tremendously jealous of others. If my job hunt had been successful, that might have changed things for me, but I was over thirty, and naturally enough the search was a complete bust. As a result of this failure, I felt the reason for my existence swiftly draining away. I’d lost hope of living an ordinary life. If there were six billion people in the world, I was the six billionth from the top, and nobody was going to care when I died. I kept berating myself as unfit to live. This phase was the hardest for me. 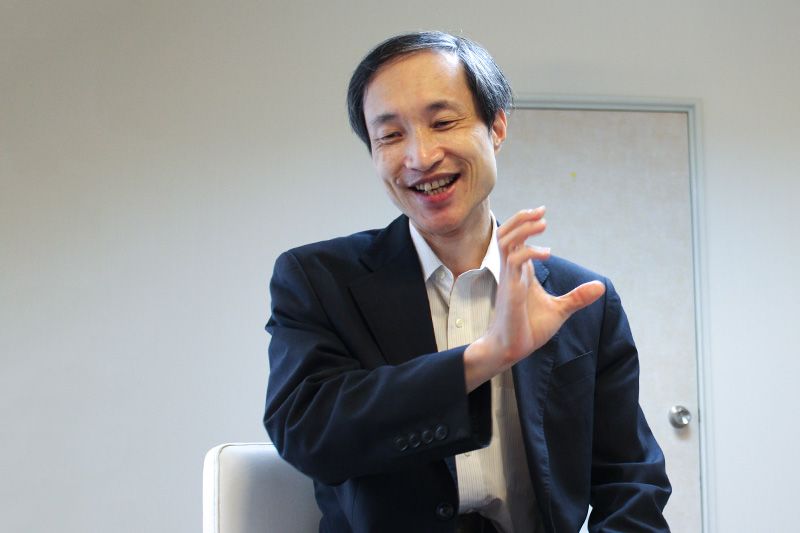 Then, suddenly one day, a scene full of wild animals on an African savannah popped into my head. Those animals live their lives naturally, with nobody caring how they do so. Then they die and their bodies return to the earth, again without anyone caring. I couldn’t live properly even at the lowest level as a human. But maybe I could live as a wild animal. I’d just take things as they came. I’d do what I wanted until I ran out of money, and then I’d die in the gutter. This was a view of life I’d never considered before. It set me free from the struggle to be “normal,” like other people, and I started to feel at ease.

From my own experiences and those of others I’ve talked to, I think there’s a correlation between that feeling of ease and increased energy. If you don’t have it, your energy levels won’t go up. But when I began feeling it, it seemed like energy was gushing out endlessly inside me. I started considering ideas for self-help activities and work through which I could bring hikikomori together.

I had been aiming to become a teacher before I withdrew from society, and I had continued to think of education as a good thing. But as I was looking for ways to put my new energy to work, I started to think some more about education, and I came to sense that it also has its bad points for the children being educated, such as the oppression and control that they’re subject to. I wanted to apply this way of thinking, so I studied related subjects, such as support of young people, school nonattendance, social withdrawal, and counseling. And based on what I learned, I established a private counseling organization called Human Studio, which I’ve continued to operate ever since.

Having reached rock bottom—a state where I felt powerless to do anything at all for myself—I had what you might call a kind of mystical experience, whether it was something that came from inside my head or from on high. That let me take on a new view of life and a new way of living. And with that, I no longer needed my previous view of life—the view that I should live “normally.” I had a clear vision of what to do instead. I think that’s going to become my true core. 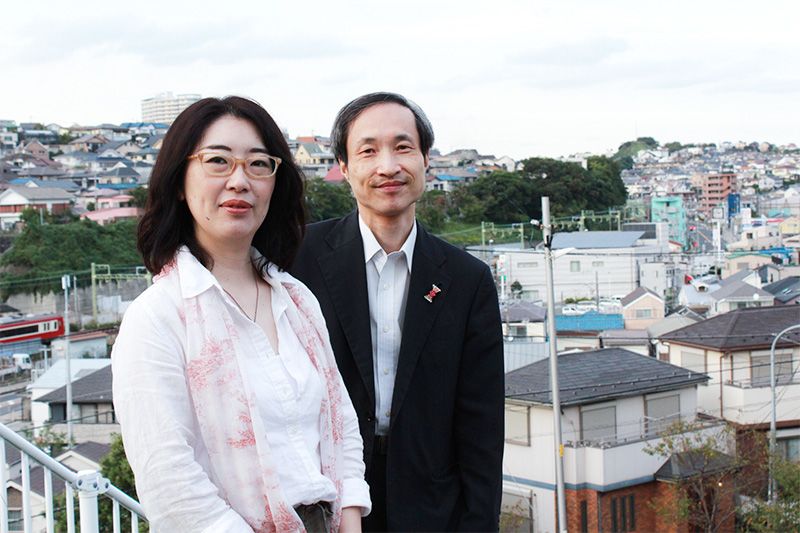