Paving the Way for a Presidential Visit to Hiroshima

Politics Apr 25, 2016
Remarks by US Secretary of State John Kerry at the recent G7 foreign ministers’ meeting in Hiroshima have kindled hopes for a historic presidential visit to the site of the world’s first atomic bombing. Miyama Hideaki, a veteran journalist and civic leader living in Hiroshima, talked to us about the meaning of such a visit and his own efforts to help bring it about. 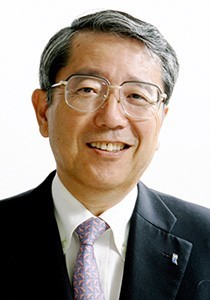 Journalist, president of Hiroshima Television. Born in 1946 in Toyama Prefecture. Graduated from Waseda University. Worked as Washington Bureau chief and political news editor for the Yomiuri Shimbun before assuming his current position in June 2011.

Visiting Hiroshima on April 10 and 11 for a meeting of Group of Seven foreign ministers, Secretary of State John Kerry became the first sitting US cabinet member to set foot in that city and tour its memorials to the victims of the atomic bomb. “This was a display that I will personally never forget,” said Kerry of the Peace Memorial Museum. “I don’t see how anyone could forget the images, the evidence, and the recreations of what happened on August 6, 1945.”

After the museum tour, the ministers laid wreaths at the cenotaph in Peace Memorial Park. At Kerry’s suggestion, they also visited the Atomic Bomb Dome, the preserved ruins of the building at the hypocenter of the explosion. At the press conference that followed, Kerry spoke from the heart about the museum’s “gut-wrenching” reminders of war’s human toll, and he promised to convey to President Barack Obama “what I saw here and how important it is at some point to try to get here.”

Miyama Hideaki, a veteran journalist and president of Hiroshima Television, talked with Nippon.com about Kerry’s remarks in the context of ongoing efforts to bring Obama himself to Hiroshima. 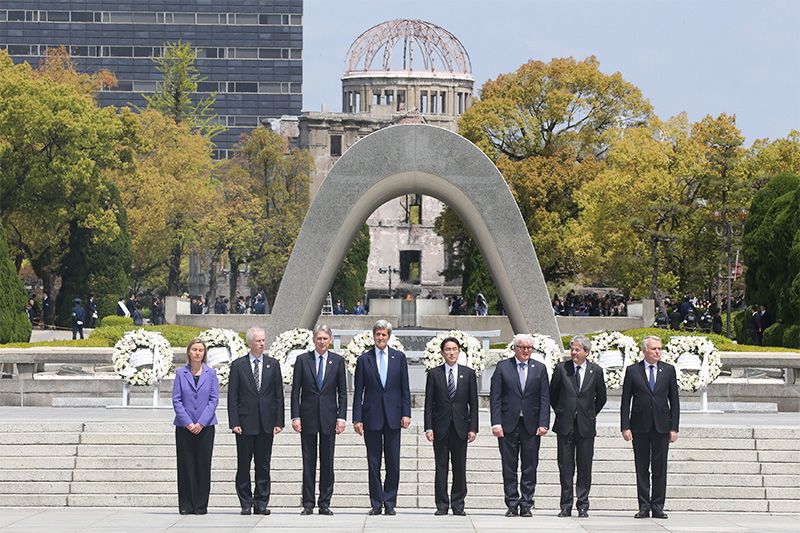 Working Behind the Scenes

In 2013, Hiroshima TV launched the “Letters to Obama” campaign, and in September 2015, Miyama traveled to Washington carrying 1,400 letters from Hiroshima citizens to Obama, urging the president to visit. According to Miyama, the National Security Council official to whom he handed the letters seemed deeply moved and went so far as to inquire about Hiroshima’s location in relation to Ise-Shima, site of the May 26 G7 summit, and the US air base in Iwakuni, Yamaguchi Prefecture.

“I didn’t speak with the Japanese media about these behind-the-scenes efforts to bring Obama to Hiroshima,” says Miyama. “But Nippon.com has readers in all five of the recognized nuclear states—America, Britain, France, China, and Russia. I thought Kerry’s visit was a good opportunity to send a message.”

Although most observers—including Japan’s own foreign policy officials—agree that a visit to Hiroshima by Obama is a long shot, Miyama sees the recent foreign ministers’ meeting as an important stepping-stone to such a groundbreaking presidential appearance.

“A visit by a sitting president of the United States, which dropped the atom bomb on Hiroshima and Nagasaki, is something that both cities have been hoping to bring about for the past seventy-one years. The US government has maintained throughout that the bombing was needed to bring the war to a swift end and avoid the deaths of hundreds of thousands of young Americans. In American society today, though, there are signs of a subtle shift in attitudes regarding the bombing, especially among the younger generation. Close to eight years ago, near the beginning of his presidency, President Obama gave a memorable speech in Prague calling for an end to nuclear weapons, and I think the time is ripe for him to cap his presidency by delivering a historic statement on nuclear disarmament in Hiroshima.”

Conservative groups and some World War II veterans in the United States are adamantly opposed to such a visit, convinced that it would lead to an explicit or implicit apology for the bombing of Hiroshima and Nagasaki. But Miyama stresses that an apology is not what the people of Hiroshima are after.

“As I explained to the NSC official I met with, we're not angling for an ‘apology tour.’ The hibakusha [A-bomb victims] groups have said the same thing. What we want is for Obama to follow up on his Prague appeal for a world free of nuclear weapons by delivering a powerful new message in support of nuclear disarmament. I also explained these things in a letter to Kerry's wife, Teresa Heinz, who has a lot of influence over the secretary of state.”

Nor does Miyama believe such efforts have been in vain. “They say Kerry seemed unable to pull himself away from the A-bomb exhibit. When he finally left the museum, you could see clearly his tremendous compassion for the victims. One of the hibakusha made a similar comment on camera. One could see in Kerry’s very posture how genuinely moved he was.”

Since then, however, much of the commentary in the domestic media has zeroed in on the question of an American apology, scrutinizing Kerry’s remarks word by word and faulting him for avoiding any acknowledgment of US culpability. Miyama takes issue with this near-sighted focus. He feels that the Japanese media need to look at the situation from other angles, keeping in mind Kerry’s persistent efforts to engage the younger generation in the cause of nuclear disarmament, with an eye on the gradual change in American views on the subject.

This is not about deferring to Washington or avoiding any controversy that could affect the outcome of the US presidential election, Miyama maintains. It is about smoothing the way for a Hiroshima statement by President Obama on the occasion of the Ise-Shima summit, a unique opportunity to restore much-needed momentum to the nuclear disarmament movement.

The Hiroshima Declaration on Nuclear Disarmament and Nonproliferation issued by the G7 foreign ministers on April 11 states that “the people of Hiroshima and Nagasaki experienced immense devastation and human suffering as a consequence of the atomic bombings.” The Japanese media have reported that some experts objected to the provisional Japanese translation issued by the Ministry of Foreign Affairs, specifically the rendering of “human suffering” as hiningentekina kunan—literally, inhuman or inhumane suffering. But Miyama feels that the English and Japanese texts are basically in harmony in their emphasis on the disastrous human consequences of the bombings. “If not,” he says, “ the ministers would not have concluded their statement with the words, ‘We share the deep desire of the people of Hiroshima and Nagasaki that nuclear weapons never be used again.’”

Leveraging his position as a journalist, a citizen of Hiroshima, and the president of a local television station, Miyama Hideaki has helped shift the focus of domestic discourse from a passive “Will he or won’t he visit?” to a proactive proposal for an antinuclear “Hiroshima statement” by President Obama. In so doing, he is helping this nation assume a more equal and positive role in the postwar Japan-US relationship.

(Originally written in Japanese by the the editorial staff of Nippon.com and published on April 19, 2016. Banner photo: John Kerry (center left), other G7 foreign ministers, and the EU high representative lay wreaths at the cenotaph in Hiroshima’s Peace Memorial Park on April 11, 2016. © Jiji .)