A Japanese Perspective on Brexit 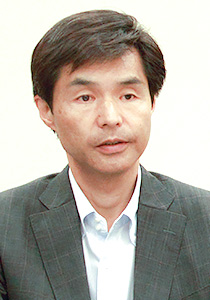 Chief market economist of the Fixed Income Research Department of Mizuho Securities. Born in 1963. Graduated from the History Department of the Faculty of Humanities of Sophia University. Joined the Board of Audit of Japan in 1986. Joined Fuji Bank (currently Mizuho Bank) in 1988. After working as a foreign exchange dealer, served as market economist for such sections as foreign exchange, funding, and fixed income. Became chief market economist with the establishment of Mizuho Securities in 2000.

INTERVIEWER What is your reaction to Britain’s vote to leave the European Union?

UENO YASUNARI Before the referendum, I thought the Remain side would certainly win. But circumstances appear to have conspired against it. Heavy rainfall in London reduced voter turnout in areas with large numbers of young people in favor of staying in the EU. Also, many potential voters may have decided to stay home as polls immediately beforehand suggested that Remain was clearly ahead following the fatal shooting of the Labour parliamentarian Jo Cox while she was campaigning on behalf of Remain.

INTERVIEWER  The market showed a volatile reaction to the vote for Brexit.

UENO Naturally, investors sought to avoid risk immediately after the referendum. Now they have returned to the market and are monitoring the situation. This is an entirely reasonable course of action.

With respect to equities, the New York market, the global benchmark, has reached a new high for the year. Post-Brexit, investors set aside their UK concerns and bought shares on positive US employment statistics. Even before this, though, equities had recovered their level before the Brexit vote.

Financial markets are currently flooded with excess liquidity. Central banks are easing monetary policy aggressively, with no end in sight to this approach. The global economy is burdened with low growth, low inflation, and low interest rates. With no place to go, excess liquidity has kept the stock markets buoyant.

It is to be expected that the London real estate market will be shaken as a sector directly impacted by the vote. However, there is no reason at the present moment for believing that this will derail the global financial system. Having learned from the collapse of Lehman Brothers, central banks are carefully monitoring cash positions in each nation.

INTERVIEWER In the medium to long term, what is the outlook for the British and EU economies?

UENO There are two factors to consider for Britain. The first is the impact of the depreciation of the pound. While foreign demand accounts for a low share of the domestic economy, it will turn upward since it will be stimulated by exports. On the other hand, rising prices will cause personal consumption to stagnate. The second factor is the worsening of confidence. This is already being seen in the demand for consumption and construction and in capital spending. Taken as a whole, Brexit is beginning to have an adverse effect on the economy.

Britain will find it difficult to counter rising prices by easing monetary policy. There is good reason for doubting whether the Bank of England can lower interest rates and restart quantitative easing. I believe the monetary policies of the central bank will be limited to halfway measures, such as lowering interest rates by a small amount and waiting to see what effect this has on the economy.

The vote for Brexit counters the trend for the deepening of the European Union and will have an adverse economic effect on Europe as a whole for the time being. There is still much uncertainty about what the European economy will look like a few years forward.

What is certain, though, is that Brexit will have a harmful impact for the British and European economies. It would not be surprising for the EU to compromise to some degree with Britain in Brexit negotiations. As seen in the Greek crisis, Europe tends to seek a solution through compromise when it confronts a problem. I do not believe that Brexit will result in a hard landing.

INTERVIEWER What impact will Brexit have on Japan’s economy? Will Japanese companies with operations in Britain need to restructure their European strategies?

UENO Japan will be affected negatively through a stronger yen. With the appreciation of the yen, the Abenomics rally is unraveling further through falling share prices. Since the yen has appreciated significantly against European currencies, the yen will not weaken against the dollar even if US equities rebound.

Japanese companies are in a situation where they cannot decide what to do next year since what will change with Brexit is still unknown. While there are reports that some financial institutions are planning to expand their presence on the European continent by shifting talent from Britain, considerable courage will be required of management to change the course of investments in the middle of these uncertainties.

The least that companies can do is to halt direct investments in Britain. A wide array of responses are likely to follow. The basis of action will be waiting and seeing, along with the examination of future scenarios.

INTERVIEWER There are reports that other nations may consider leaving the EU.

UENO Italy is causing the greatest concern. The Five Star Movement is an anti-EU party that is not of the far right. Its current level of support is 30%, which is greater than Prime Minister Matteo Renzi’s Democratic Party. A national referendum on amending the constitution will take place in October. If the referendum fails, Prime Minister Renzi says he will resign. If the Five Star Movement takes power, Italy will also hold a referendum on leaving the EU. The situation is extremely critical and will be an important political turning point with the potential of shaping the future. 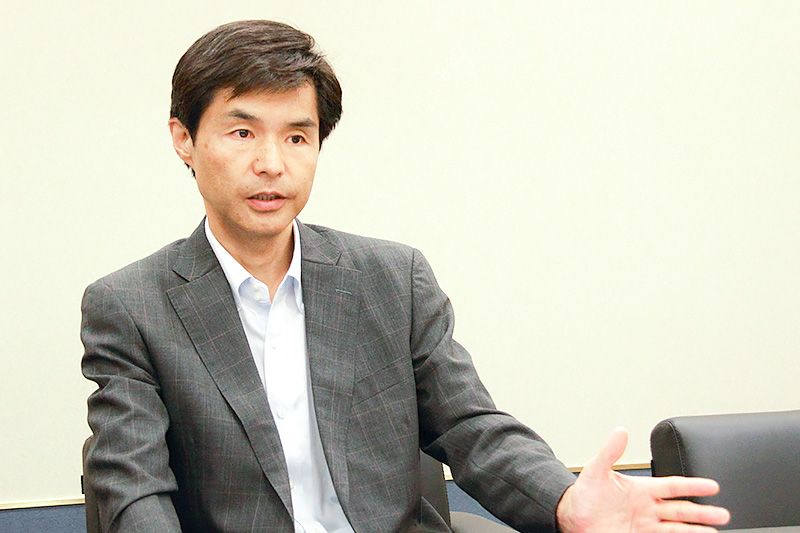 INTERVIEWER What will become of the trade relationship between the EU and Britain?

If popular opinion in Britain shifts toward remaining in the EU, an agreement very close to this state of affairs is likely to be concluded. This will be a new agreement with more compromises than the agreements between the EU and Norway or Switzerland.

INTERVIEWER What is the possibility for Britain holding another referendum or rejoining the EU after leaving it?

UENO  A second referendum has been ruled out by British Home Secretary Theresa May(*1) and by German Chancellor Angela Merkel. I do not foresee a new vote taking place in the near future. However, if Britain and the EU cannot reach an agreement in Brexit negotiations in the two years for doing so after Article 50 of the Lisbon Treaty is invoked, these negotiations may reach a dead end after three to four years. It is also entirely possible that the next general election in Britain will result in a Remainer prime minister.

There is also the question of Scotland. Nicola Sturgeon, first minister of the Scottish government, has indicated a desire to hold a second referendum on Scottish independence. If such a referendum is held, the chances are that the independence position will win. Should this come to pass, the British cabinet may change its policies to avoid the breakup of the United Kingdom. It may seek to remain in the EU by ignoring the results of the Brexit referendum, or conclude an agreement with the EU accepting the free movement of labor.

Britain is still a member of the EU, and future negotiations can be expected to see many twists and turns. I do not anticipate that the ties between the EU and Britain will be severed completely or that the two sides will suffer over the long term.

INTERVIEWER  There is a time limit to take into account.

UENO If there is consensus among EU members, the two-year negotiation period can be extended. Some observers argue that Britain and the EU may need 5 to 10 years to reach an agreement similar to a free trade agreement. It would be best to enter into negotiations without assuming that an agreement will be reached in two years.

(Originally published in Japanese on July 14, 2016. Based on an interview conducted in Tokyo by Tani Sadafumi, director of the Nippon Communications Foundation, on July 10, 2016. Banner photo: An electronic display of the euro/yen and pound/yen exchange rates in Tokyo on June 28, 2016. © Jiji.)

(*1) ^ The interview was conducted on July 10 when Theresa May was widely expected to become the next leader of Britain, but before she became prime minister on July 13.—Ed.