Politics Dec 5, 2017
In the autumn of 2012, the government of Prime Minister Noda Yoshihiko purchased three of the disputed Senkaku Islands from their private owner, triggering widespread anti-Japan demonstrations in China. Five years later, former Chief Cabinet Secretary Sengoku Yoshito offers an insider’s perspective on the dispute’s escalation and its lasting impact on Japan-China relations. In the first half of a two-part interview, he discusses the 2010 arrest of a Chinese trawler captain following a collision with Japan Coast Guard patrol vessels. 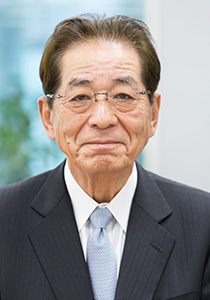 Former chief cabinet secretary, lawyer. Born in Tokushima in 1946. As an undergraduate student in the University of Tokyo Faculty of Law, passed the Japanese bar examination and withdrew from the university to begin his legal apprenticeship. In 1990, after practicing law for several decades, won election to the House of Representatives as a member of the Japan Socialist Party. Served a total of six terms in the lower house. After the Democratic Party of Japan came to power in 2009, served in a number of cabinet posts, including chief cabinet secretary (June 2010–January 2011) and minister of justice.

KAWASHIMA SHIN  The year 2009, when the Democratic Party of Japan came to power, was also a pivotal year for foreign relations in East Asia. With the United States and Japan reeling from the 2008 subprime mortgage crisis, China was maneuvering for a position as a leading global and regional power. The first recorded incursion of an official Chinese vessel into the waters around the disputed Senkaku Islands occurred on December 8, 2008. During the three years that the DPJ was in power, we went from Prime Minister Hatoyama Yukio’s call to turn the East China Sea into a “sea of friendship,” to the collision incident and its fallout under Prime Minister Kan Naoto, and finally the dramatic escalation of tensions in the wake of Prime Minister Noda Yoshihiko’s decision to “nationalize” three of the islets.

Of course, a lot of people regard China’s behavior around the Senkakus around that time as a deliberate challenge to Japan. But another school of thought has it that the proliferation of Chinese vessels in the area in 2008 and 2009 was at heart a fisheries issue—that Chinese boats were simply following the fish. Looking back, what’s your own take on the escalation of the Senkakus dispute and the deterioration of Japan-China relations during those three years?

SENGOKU YOSHITO  The collision of a Chinese trawler with two Japan Coast Guard patrol vessels and the arrest of the trawler’s captain took place in September 2010, but the Japan Coast Guard was following a policy that, unbeknownst to us [in the DPJ government], had been drawn under the cabinet of Asō Tarō [2008–9]. As it was explained to me, the new policy was aimed at cracking down on illegal fishing in Japanese waters, not at countering China’s efforts to strengthen and expand its control over regional waters.

That said, by this time our countries had already come into conflict over gas exploration in the East China Sea. China had awakened to the value of the region’s marine resources. The Chinese had begun speaking of Asia’s [as its outer line of defense] and claiming the entire continental shelf as Chinese territorial waters, even going so far as to suggest that Okinawa by rights belonged to China.

China’s understanding of these issues is predicated on certain distinctly Chinese values. There’s a belief in the Communist Party as the absolute compass when it comes to values and in the primacy of precedent and convention over the actual text of international treaties and other legal agreements. The Chinese revere established practice and the decisions of their leaders over the rule of law.

KAWASHIMA  Was that also one of the lessons of your dealings with the Chinese following the Senkaku collision incident—the difficulty of using the law as an argument?

SENGOKU  The Chinese position from the start was that there was no reason the Japanese government couldn’t release the skipper immediately if it wanted to. Even in Japan, there’s some leeway for a political decision in the first seventy-two hours after an arrest, but once the case has been sent to the public prosecutor and the court has placed the accused in custody, the administrative branch is absolutely prohibited from intervening in the judicial process. The Chinese don’t seem to understand this. 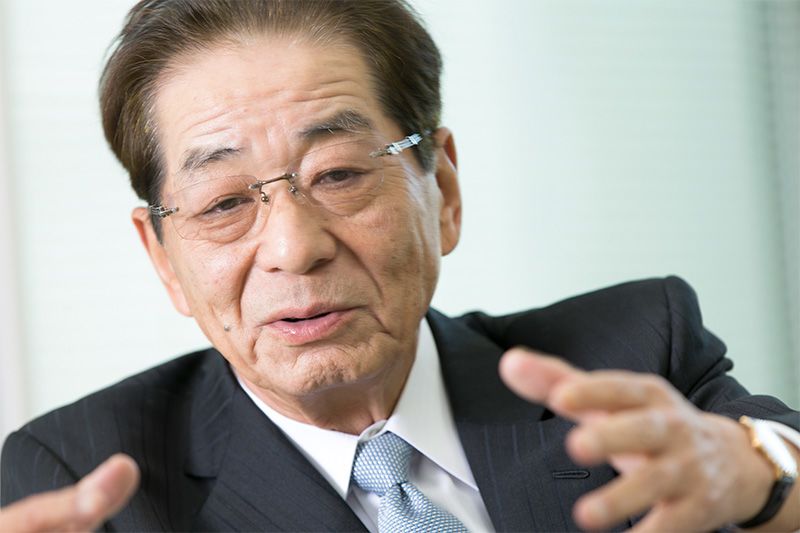 A Lack of Legal Literacy

KAWASHIMA  At the time, the Chinese complained that cases like this had long been dealt with by just sending the offender back home. Did the policy on arresting violators adopted under the Asō cabinet put you in a difficult position?

SENGOKU  The policy called on the Japan Coast Guard to arrest Chinese fishermen operating illegally in Japanese waters, but it’s not as if it gave detailed procedures for dealing with the situation after an arrest. Its formulation and implementation revealed a real lack of legal and judiciary literacy among administrators and politicians alike.

The Chinese sent their consul to interview the trawler captain, but that was all. Behind the scenes, we in the government were in continual contact with the Chinese embassy, and we did our best to explain that it would be difficult to arrange for his release unless he had an attorney to submit the necessary paperwork. But at a certain point, the embassy just stopped communicating with the prime minister’s office. Then came word of [China’s suspension of] rare earth exports to Japan and the detention of several Japanese employees of Fujita Corporation. So, I think there was a political course shift [on the Chinese side].

KAWASHIMA  Prime Minister Kan had expected to meet with Premier Wen Jiabao on September 21 on the sidelines of the UN General Assembly in New York, but the meeting never materialized. Then came reports that China had halted exports of rare earth to Japan and had detained Japanese employees of Fujita Corporation in Hebei. And before we knew it, the ship’s captain had been released. How do you explain the timing?

SENGOKU  Ultimately, there has to be some give and take. On this issue, public opinion is all for maintaining a hardline stance, but then how do you break an impasse? Prime Minister Kan urged me to defuse the situation from the United States, which he was visiting at the time.

So, we sent [lower house member] Hosono Gōshi to China [after Zhan’s release].(*1) Our instructions to him were not to negotiate with the Chinese but just to open the lines of communication and get some information, because we were hardly getting any at that point. Ultimately, Hosono was able to meet with [State Councilor] Dai Bingguo. We knew that nothing was going to be decided below that level. Hosono didn’t offer any concessions. He just explained our situation carefully and was able to obtain direct information that might provide a clue as to how to end the impasse. The Chinese said they wanted to talk directly to the chief cabinet secretary. So Dai Bingguo and I held a telephone conference and were able to settle the issue then and there.

If we had indicted the ship’s captain, it would have raised all kinds of issues regarding bail, how soon the trial would be held, and so forth, and all during that time China’s leaders would have been under intense pressure to take some sort of retaliatory action, because emotions were running so high within China.

During the first few months after the incident, Zhan received a hero’s welcome back in China, but after that, he was completely ignored, and there have even been reports that he’s disappeared.(*2) I think China’s leaders kind of knew [he was at fault], but there was no way they could let the issue rest unless they could claim that Japan had caved in.

From the standpoint of voter support, the incident certainly didn’t help those of us most closely involved or the DPJ as a whole. It also exacerbated anti-Chinese sentiment in Japan, which grew all the stronger a couple years later, when the Noda cabinet’s decision to purchase three of the islets sparked massive anti-Japanese demonstrations in China.

The average income of the Chinese people today is probably twice what it was seven years ago, and what with the weak yen, millions of Chinese tourists have visited Japan during that time. From an economic standpoint, this has been a big boon for Japan’s tourism industry, not to mention all the stores where the tourists shop. But underneath it all, I think a lot of antagonism lingers between the Japanese and Chinese people.

(For the second part of this two-part interview, see “Working with a Powerful China.”)

(Originally published in Japanese on November 15, 2017, based on an October 26 interview conducted at the Tokyo studio of Nippon.com. Photographs by Kawamoto Seiya.)

(*1) ^ After Zhan Xixiong’s release, Beijing initially demanded an apology and compensation from Japan.—Ed.

(*2) ^ Most Japanese experts today believe that the captain of the trawler was inebriated when his boat ran into the Japan Coast Guard vessels and that the collision was not a deliberate political act.—Ed.