Accelerating Pace of Innovation in China and Japan’s Emerging Response

The Gathering Pace of Innovation in China

In recent years, China has become a major hub of new products and services. Until recently, a “made-in-China” tag often came with a reputation for cheap products of questionable quality. But the country’s latest offerings include top-quality products born of cutting-edge manufacturing as well as revolutionary new services made possible by the increasing availability of mobile payment options. In this article I outline four categories of innovations.

There are four categories of innovations in China. The first consists of innovations in manufacturing. Many of these are the result of China’s highly mature supply chains. In recent years, there has been a remarkable increase in the number of Chinese companies focusing on research and development, of which Huawei Technologies is perhaps the most prominent example. In addition to Huawei, Chinese companies like Xiaomi, Oppo, and Vivo are among the global leaders by market share for android smartphones. Next-generation products are being developed faster than ever, thanks to the industrial clusters that have sprung up in several parts of China to produce electronic devices.

The second category involves innovations led by platform companies that have arisen from the digital economy. In the mobile age, major online players like Baidu, Alibaba, and Tencent have used their core applications as launching pads for developing and expanding new services. 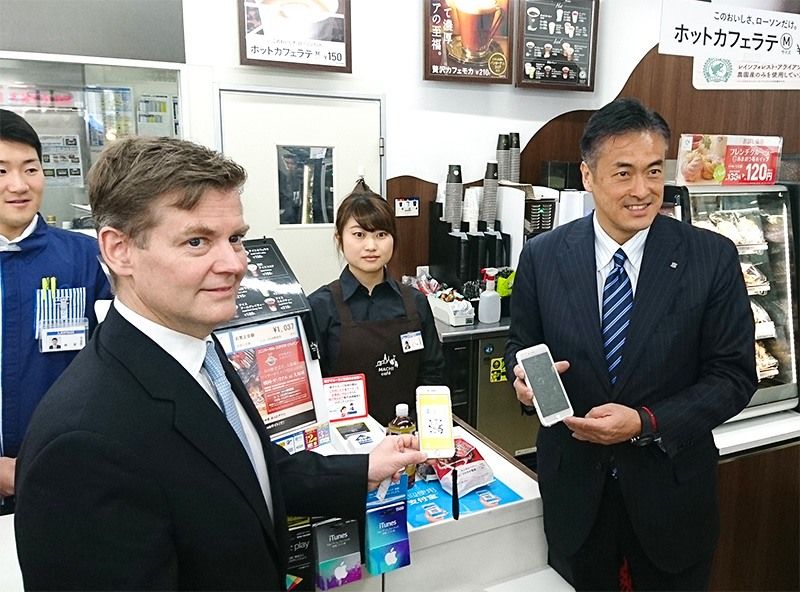 The third category consists of what I call social implementation innovation, or the introduction of new technology on a trial-and-error basis in fields where fixed answers and definitive solutions do not yet exist. The spread of super apps and mobile payment options has made it possible for users to access automated remote payment whenever and wherever they want. This has given rise to a wide range of new services, including unstaffed convenience stores, share cycles, and fully automated restaurants and parking lots.

The fourth category is science- and technology--driven innovation, often led by universities and research institutions. Particularly impressive results have been achieved in such areas as quantum communications and genome editing. Collaboration between industry and universities to develop commercial applications for academic research have made good progress, with holding companies owned by universities playing a leading role, led by Tsinghua University.

Among other factors explaining this rush of innovation are China’s huge domestic market, the widespread availability of wireless Internet service, government policies supporting innovation, relaxed regulations, and a strong foundation in basic research. In addition, China is aiming to become a world leader in such areas as artificial intelligence and use of big data, and Japan needs to wake up to the fact that we are now in an era in which policies of this kind are becoming commonplace in China, which remains a middle-income country in terms of per capita GDP.

Of particular significant is the emergence in China of a framework for developing and cultivating venture companies, and the way which this ecosystem is increasingly connected to the wider world.

As of November 2017, China had 120 “unicorns,” unlisted start-up companies with a corporate value of over $1 billion.

One hundred and five of these, or 87%, are found in the four cities of Beijing, Hangzhou, Shanghai, and Shenzhen, with 54 concentrated in the capital alone. These companies, emblematic of China’s new economy, are fast growing and overwhelming based in the coastal cities, the hubs of Chinese innovation.

China’s Unicorns at a Glance

The Shenzhen Ecosystem: A Venture Economy Connected to the World

One of the best illustrations of this evolving ecosystem of Chinese venture companies is the Shenzhen Bay Software Industrial Base, located in the Nanshan district of Shenzhen, Guangzhou Province. The park, developed by a local state-owned enterprise as a sustainable tech-eco zone, is home to a concentration of venture companies.

One of the landmarks of the area is the new headquarters of Tencent. Baidu and Alibaba also have branch offices there, completing the famous “BATs” trinity that is driving the new high-tech Chinese economy.

Along with the BATs, numerous venture capital companies and firms providing related services have also moved into the zone, as have venture companies looking to invest in promising start-ups.

The area boasts numerous cafes that provide ideal settings for presentations, and there are frequent events that match startups with potential investors. It is fair to say that the area that embodies the ecosystem of the new economy in China. 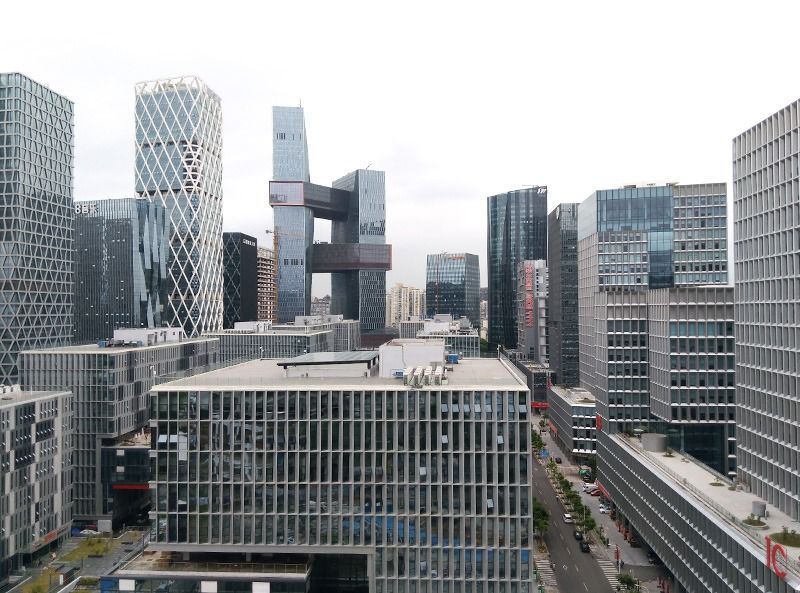 The Shenzhen Bay Software Industry Base. The connected tower blocks behind house the headquarters of Tencent. (Photo by the author.)

The Chinese venture economy is not closed off to the outside world, though. This becomes abundantly clear when paying a visit to one of the events held in so-called makerspaces, members-only spaces equipped with 3D fabrication and craftsmanship facilities, and co-working spaces, offices available in short-term leases for individuals and companies. As an example, I attended an event on May 25, 2017, inside the Chaihuo makerspace in Shenzhen titled “Meet Kickstarter and Bring Your Project to Life” at the Xfactory.

Julio Terra, Director of Design and Technology at Kickstarter, the world’s leading crowd funding platform, gave a presentation about some of the preparations necessary for successful crowd-funding. He spoke about the kind of know-how startups need for dealing with the media during a campaign and some of the keys to business success. The makerspaces and co-working spaces provide a contact point between local business people, entrepreneurs, and key figures from the global start-up community. 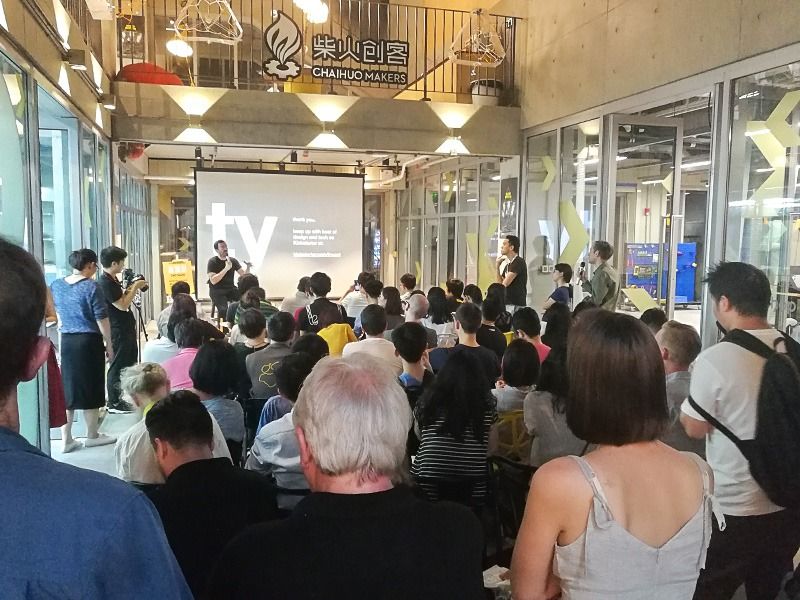 Kickstarter talk held in a maker’s space in Shenzhen in May 2017. (Photo by author)

In previous decades, Japan made a major contribution to economic growth in Asia as an advanced economy that industrialized ahead of most others in the region. Later, Japan was the first country in the region to face an aging population and other social problems. There is much discussion now of the role it can play by providing an example of how to address these issues.

What kind of steps does Japan need to take today when China, with its huge population and its ambitions to become a global leader in the field of science and technology, has become a new source of innovation? Answering this question is not easy, but Japanese companies are already starting to take steps in response to China.

The first involves more in-depth joint research. Sony, for example, which boasts its own core technology, has developed a CMOS image sensor in collaboration with Oppo, a Chinese smartphone developer. Many other Japanese firms are following suit and making China a center of their research and development work. According to a 2016 survey by Japan External Trade Organization, Japanese companies already operate 84 R&D bases in China, more than either the United States or Europe. If China is a major hub for research and development, then it only makes sense for companies to use this to their advantage. At the same time, Chinese companies have set up R&D offices in Japan in fields where Japan is particularly strong, such as optics. Cross-border research and development is no longer a one-way street.

These are two examples of steps being taken by major Japanese companies. It is not yet clear what kind of relationship small and medium-sized enterprises with more limited resources and startups based in Japan will form with China. At the very least, they will surely want to visit the Chinese cities driving innovation as places where new products and services are being born and deepen their exchanges with the venture community on the ground.

As part of its efforts to prepare for what it calls “Society 5.0,” the Japanese government has set a target of contributing to wider use of such new technologies as drones and self-driving cars though its “regulatory sandbox” system, which will help development and adoption of new technology by relaxing laws and regulations on a temporary basis. In the digital economy, the government and other international bodies have begun discussions to formulate international rules. One important priority will be to increase the speed with which new technology is introduced into society without neglecting the problem of data privacy. This is particularly important in fields like the digital economy and the Internet of Things, which are still developing and very much in flux. In such fields, moving quickly at the trial-and-error stage can have a decisive effect on the extent to which the technology subsequently spreads.

In a sense, the whole of China has become one giant regulatory sandbox. The country is becoming a cradle for venture start-ups. Keeping a close eye on what succeeds and what fails in China is likely to provide useful hints and points of reference when it comes to energizing Japan’s own economy, venture companies, and innovation in the future.

A more substantial question concerns the extent to which Japan itself will be involved in the global venture ecosystem and community. The new economy is developing across international borders. In an age in which China is becoming an increasingly important innovation hub, it is imperative that Japan too takes steps to ensure that it is not left behind by the developing global innovation ecosystem.