The Next “Lehman Shock”

Economy Aug 28, 2018
Ten years ago, in September 2008, the collapse of Lehman Brothers set off a crisis that paralyzed financial markets around the world. What are the chances of a similar panic striking again? We interviewed Watanabe Hiroshi, a veteran expert on international monetary affairs, to hear his views on this and related topics. 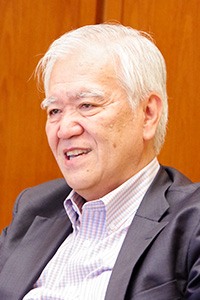 President, Institute for International Monetary Affairs. Graduated from the University of Tokyo and joined the Ministry of Finance in 1972. Served as personal secretary to Finance Minister Miyazawa Kiichi and as director general of the International Bureau. Appointed vice-minister of finance for international affairs in 2004. Retired from MOF in 2007. Subsequently served in posts including governor of the Japan Bank for International Cooperation. Assumed his present position in October 2016.

The Recurrent Cycle of Financial Crises

We need to constantly refresh our realization that international financial crises are events that occur repeatedly on a cyclical basis. As soon as we have let down our guard after one crisis, the next one is upon us. The world’s monetary authorities must keep a constantly vigilant eye on the situation, looking for where risks may lurk and considering how they can be averted.

The collapse of Lehman Brothers in September 2008 was followed by a financial crisis and economic downturn of global scale. And we must be constantly conscious of the prospect of another crisis on the scale of this “Lehman shock,” as the 2008 plunge is commonly called in Japan. As soon as we succumb to the illusion that no such crisis will recur, the next collapse will emerge.

We can see regularity in the timing of international financial crises. On “Black Monday”—October 19, 1987—prices on the New York Stock Exchange plummeted. A decade later, the Asian financial crisis of 1997 forced Thailand, Indonesia, and South Korea to turn to the International Monetary Fund for bailouts, and the IMF imposed stringent conditions on them. The crisis had a broad effect, leading to a major crunch in Japan’s financial sector in the following year, along with plunging currency values in Russia and Brazil. And in 2008 came the Lehman shock, a result of the subprime mortgage meltdown in the United States. The crises have occurred at roughly 10-year intervals—and we should not make light of this cyclicality.

A social psychologist once told me the 10-year cycle has a logical explanation: Since people desire to put bad experiences out of their minds quickly, negative memories tend to last for only about 5 years. This is a general tendency, not something limited to the world of finance. Positive memories, by contrast, are kept in mind for about 10 years. So for about 5 years after a crisis strikes, people’s behavior is restrained by their negative memories of the event. But then their wariness gradually fades, and they resume risk-taking behavior.

Meanwhile, the recurring crises are growing in scale. The world’s total financial assets and transaction volume levels are expanding at a geometrical pace that is far faster than the growth of aggregate gross domestic product. And just by itself, this gap in growth rates makes it easier for financial market crises to occur.

Financial regulatory authorities and central banks must constantly monitor markets for overshooting and examine the causes of its occurrence. It is important to note that putting a market under regulation does not make it immune to the emergence of speculative bubbles. The regulation of virtual currencies is a good example. The Payment Services Act was amended so that the Financial Services Agency could supervise entities handling virtual currencies as payment service providers. With this move, Japan became the first country where “virtual currency” is a legally defined term and service providers handling virtual currencies must be registered by law. But the adoption of this new legal framework gave rise to a widespread public misunderstanding that the authorities had granted their recognition to these new currencies.

This year marks the tenth anniversary of the 2008 Lehman shock. But there are currently no signs of financial developments liable to trigger a global economic downturn. Why has the completion of the 10-year cycle not brought a new crisis? It is because of the occurrence of the Greek fiscal crisis in 2011, accompanied by one of the biggest banking crises in the history of the European Union—developments that have caused market participants to remain wary. And global financial crises do not occur when problems like these are keeping negative memories alive.

Will Virtual Currencies Trigger the Next Crisis? 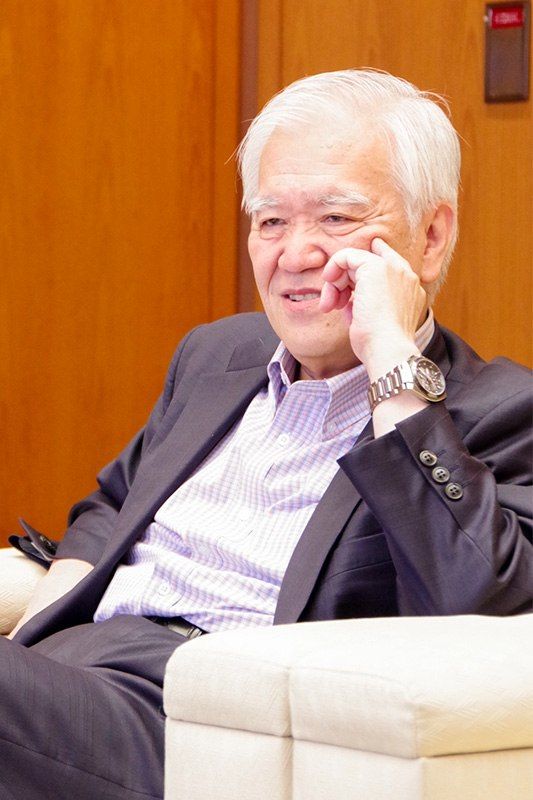 Back in 2008, I talked with other people specializing in international monetary affairs about the prospective causes for the next global financial crisis, which, based on a 10-year cycle, could be expected to hit in 2018. At that point, our consensus was that it would most likely be caused by the bursting of a speculative bubble in carbon trading (the buying and selling of rights to emit carbon dioxide). But fortunately no such bubble has formed. The main factor behind this outcome is the Great East Japan Earthquake of 2011, which resulted in the shutting down of all of Japan’s nuclear power plants. Carbon trading had already gotten off to an intensive start in Europe, and if it had not been for this earthquake and its aftermath, I believe that this trading would also have taken off in Japan and become overheated in the United States, the source of over 25% of both supply and demand for emission rights. So President Donald Trump’s announcement of the United States’ withdrawal from the Paris Agreement on global climate change would have immediately shrunk the market by a quarter, probably causing pandemonium as trading prices took a series of plunges.

What will happen in 2028? I have not yet analyzed the prospects carefully, but virtual currencies could be the trigger of a global financial crisis in that year. The values of virtual currencies are highly volatile, and they cannot be used as stable mediums of exchange. It is not a problem if they are treated as speculative products bought and sold by individuals and business corporations, but nothing could be more dangerous than making them part of the financial system, where their fluctuations could cause crunches in daily liquidity. It is essential, I believe, to place limits on financial institutions’ holdings of virtual currencies so as to nip the potential crisis in the bud.

The use of the word currency in “virtual currency” and its sister term “cryptocurrency” has become an issue, because it may generate excessive confidence in these financial instruments. A proposal to end the use of this word in these terms has already been presented at a meeting of the finance ministers and central bankers of the Group of Twenty, and the next G20 session, which Japan will chair, is due to consider renaming them “crypto-assets” so as to curb unwarranted trust.

Some suggest that virtual currencies are dangerous and should be totally banned. But I do not think a ban is necessary. For one thing, it is unfeasible to prohibit all new virtual currencies. The priority, I believe, should be on making arrangements to assure that people dealing in these instruments are aware of the risks involved.

Where Are Big Risks Now Lurking? 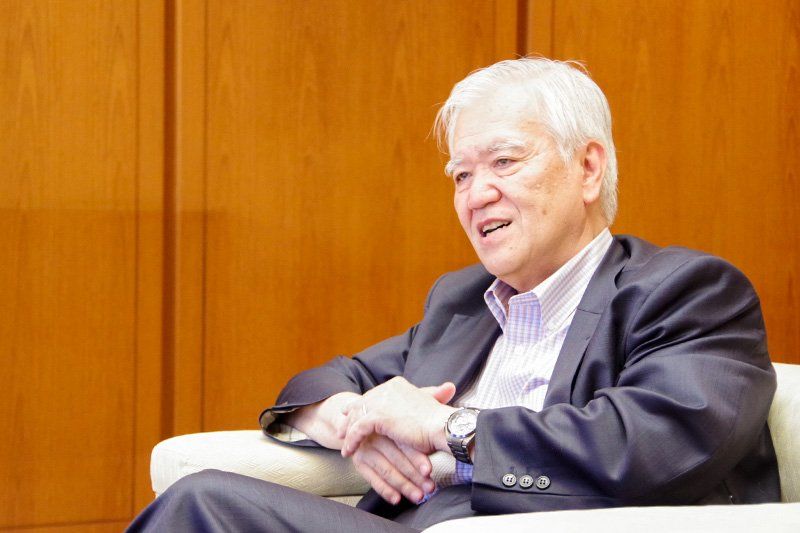 As I see it, financial systems are fragile, and the risks are high in countries where the volume of financial assets is continuing to grow. China and India are typical cases. I think it will be hard for them to reduce their financial fragility. They both have structural faults, namely, an absence of the mechanisms required to halt a crisis after it has started. It is expected that the United States, China, and India together will account for 35%–40% of global GDP by around 2050. And it is unrealistic to assume that China and India will be able to correct their structural faults and become capable of overcoming financial crises by that time. Furthermore, we cannot exclude the possibility that someone like President Trump will again emerge.

The biggest problem for China and India is that their GDPs are growing but are still low on a per capita basis. In countries where per capita GDP is high, so are per capital financial asset holdings. And such countries are clearly more resilient in coping with financial shocks. By contrast, where per capita holdings of financial assets are low, price fluctuations have a direct impact on personal consumption, jeopardizing people’s ability to get by financially. This is clear from the recent examples of countries in South America suffering from high inflation rates and social unrest.

Meanwhile, what will protect us from the risks posed by President Trump is the “greed” of the American people. Because of their greedy spirits, Americans make highly rational judgments based on numbers. And they are beginning to understand that Trump’s policies, regardless of their short-term effects, are going to cause them losses over the long term. After the midterm congressional elections this fall, I think that the greedy business community will start putting brakes on the president.

China’s salient financial risk lies in the huge amount of its bad debts. The total lending of its banks amounts to ¥2,363 trillion (143.7 trillion yuan, the total of on-balance-sheet loans in yuan and other currencies as of the end of 2017). There are no official statistics for the shadow banking sector, but it is estimated that if included it would bring the total amount of private-sector lending to something on the order of ¥2,900 trillion–¥3,000 trillion or even more. According to figures released by the Chinese regulatory authorities, bad loans account for something in the mid-range between 1.0% and 2.0% of the total, but it is believed that the actual share would be 10 times this or more if measured accurately using the self-assessment standards set by Japan’s Financial Services Agency. Back in the early 1990s, Japan’s bank regulators officially estimated bad loans at around ¥3 trillion, but the actual amount ended up exceeding ¥100 trillion. Conventional wisdom suggests that the final figure for China could also be tens of times higher than the currently acknowledged level.

If we estimate the share to be 10 times the announced level—in other words, a percentage in the mid-teens—then the total amount of bad loans comes to more than ¥350 trillion. This is slightly over a quarter of China’s GDP, which was ¥1,335 trillion (81.5 trillion yuan) as of 2017. In Japan’s case, the ¥100 trillion figure amounted to about 20% of GDP, but it is possible that the ratio will be even higher in China’s case. And if we include the shadow banking sector, the overall impact of clearing away the nonperforming assets is liable to be boundless, bringing on a credit crunch beyond imagination.

China has an additional headache, namely, the problem of local government debt, which the government identified as a concern in 2016. Of the country’s 33 provinces and other first-level administrative divisions, 10 are said to have excess liabilities. The debts are largely due to huge investments in infrastructure undertaken with funding from banks. The settlement of these local government liabilities needs to be conducted in tandem with the clearing up of banks’ balance sheets; this makes the process more complicated.

These two problems—banks’ bad debts and local governments’ excess liabilities—are the biggest issues that China now faces, and dealing with them may affect financial markets globally. One possible bleak scenario would be for Chinese sales of US government bonds to drive up interest rates and for a credit crunch within China to cause financial tightening around the world. I believe that the light will turn yellow in 2025 or so.