A Turning Point for Japan-Iran Relations

Politics Dec 10, 2018
Japan’s relations with Iran have reached a turning point. As Japan and the United States discuss American sanctions against Iran, Japan’s petroleum wholesalers have decided to curtail imports of Iranian oil. Middle East expert and former diplomat Tanaka Kōichirō reviews the history of Japan-Iran relations from the first oil shock and the Islamic Revolution to the Iran-Iraq War, the Gulf War, and circumstances today. 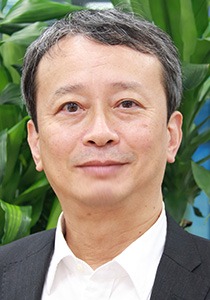 Professor, Graduate School of Media and Governance, Keio University. Specialist in the Middle East and in particular, international relations and energy security focusing on Iran. Born in 1961. Graduated from the Persian Department of the Tokyo University of Foreign Studies and completed graduate studies there. Active in Middle East diplomacy, serving as a research specialist at the Japanese Embassy in Iran and as an official of a United Nations Special Mission to Afghanistan.

Japanese petroleum wholesalers have decided to temporarily curtail imports of Iranian crude oil. In discussions with the United States concerning US sanctions against Iran, Japan has asked to continue importing oil from Iran but the United States is opposed. What is your take on the situation?

Japan and Iran have had a long-standing relationship where oil is concerned. At the time of the first oil shock in 1973, Japan was importing 70% of its crude from Iran. While an exceedingly high figure, it demonstrates the close relationship between Japan and Iran that existed. Relations have seen various ups and downs since then, such as the collapse of the huge Iran-Japan Petroleum Corporation project around the time of the Iran’s Islamic Revolution in 1979. However, there is no denying the huge role Iranian oil played in Japan’s economic growth, and it’s quite significant that we now import no crude at all from Iran.

In recent years Iranian oil has only made up around five percent of our crude imports. But the current stoppage is very symbolic, particularly in light of the fact that we continued importing oil from Iran even during the Islamic Revolution.

I think from the Iranian viewpoint Japan’s decision is quite disappointing. Let’s take a look at recent relations between our two countries. After pulling out from the IJPC, Japan extended the first of its yen loans to Iran for civil use to build a dam, although that project was never completed. In this century, Japan obtained development rights to the Azadegan oil fields, but due to US sanctions we had to sell those rights. As for future relations between Japan and Iran, I feel that the current curtailment of oil imports will count against us in the years to come.

INTERVIEWER  Despite constraints on Japanese postwar diplomacy within the framework of the Japan-US alliance, Japan’s stance toward Iran had been effective. How do you view the situation now?

Iran, with a population of 80 million, is a major power in the oil- and natural gas-rich belt stretching from the Middle East to western Asia. It also has the longest coastline along the Persian Gulf, and together with Oman across the Strait of Hormuz it can exert control over shipping in and out of the Gulf. This makes Iran of prime importance to Japan.

During the Iran-Iraq war in the 1980s, Japan was actively involved in shuttle diplomacy, working to effect some kind of settlement as it tried to salvage the IJPC project. At a time when the United States and most Western nations were aligned against Iran, Japan was virtually the only country that took an even-handed stance. Until the West began leaning toward Iraq heavily in the mid-1980s, Japan had shuttled smoothly between Tehran and Baghdad, an anomaly in the world of diplomacy, trying its best, and nearly succeeding, to arrange a ceasefire between the two countries.

What was the Japan-Iran relationship like at the time?

Iran severed ties with the United States following the Islamic Revolution. This stopped the flow of American capital and technology, and consequently Iran began looking to establish ties with Asian nations. Since pre-revolutionary days, Iran had had a positive image of Japan and came to increasingly depend on us. Japan was the only country aligned with the West to maintain friendly relations with Iran, and acted as an intermediary between the two sides. I believe that this relationship continues today.

From the 1980s to the early 1990s Japan was able to relatively freely exercise its own brand of diplomacy toward Iran. At the time, the United States tacitly acquiesced to Japan’s diplomatic posture toward Iran, due mainly to the geopolitical considerations of the Cold War. The United States wished to avoid pushing Iran into the arms of the Soviet Union and needed Japan to act as a communication channel between Iran and Western powers. I believe that was the view not only of the US government but also of the other major Western nations. 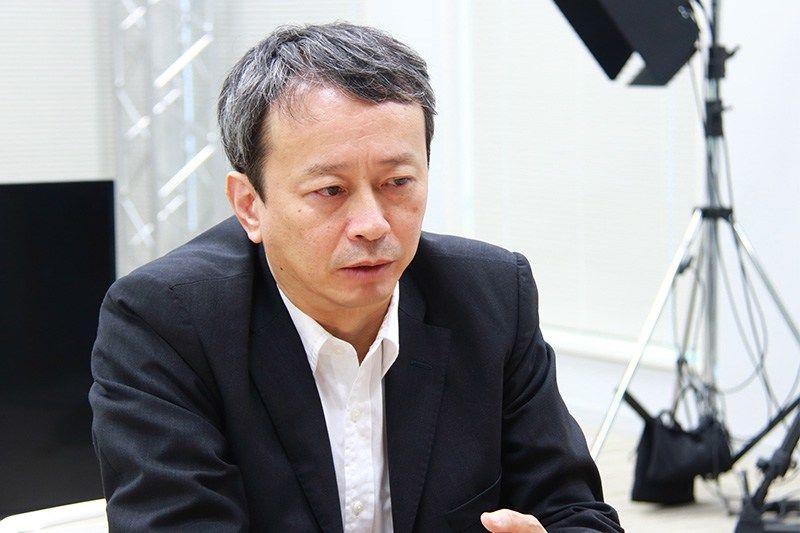 Tanaka Kōichirō at the Nippon.com offices.

How did the international situation change between the end of the Cold War in 1989 and the Gulf War of 1991?

The international community expected that Iran would enter a new era after the death of Ayatollah Khomeini, leader of the Islamic Revolution, in 1989. To lay the groundwork, some countries supported domestic reforms in Iran , setting the stage for Japan to use its unique diplomatic position to persuade the United States and Europe to welcome Iran back to the fold.

The international community more or less accepted this approach, and Japan once again provided Iran with yen loans for a major civil project to build a dam for power generation and irrigation. In retrospect, that was a very bold move facilitated by the international climate up until the early 1990s.

Meanwhile, Saddam Hussein had been defeated in the Gulf War, diminishing the military threat from Iraq. But now Iran began to be viewed as a threat, leading US President Bill Clinton to adopt a dual containment policy for the region. Mohammad Khatami, who was elected to lead Iran in 1997, espoused a policy of openness but the United States failed to take advantage of this development.

The United States viewed Iran as an enemy and suspected it of developing nuclear weapons and ballistic missiles, supporting hostile elements in the Middle East, and repressing human rights at home. These issues led the US government to routinely attack Iran both politically and economically.

The international community consequently distanced itself from Iran, eroding Japan’s diplomatic clout. Torn between its relations with Iran and the United States, Japan found it increasingly difficult to maintain its stance toward Iran.

It has become difficult for Japan to maintain diplomatic relations with Iran under the Trump administration. How do you view the Japan-Iran relationship now, and what direction should Japan’s future diplomacy take?

I believe that Japan’s diplomatic stance is based on international harmony and cooperation. Japan previously followed a dual course of United Nations-centered diplomacy coupled with a policy based on the Japan-US relationship. Today we often hear the phrase “respect for the law,” and both approaches are grounded in this concept. But the Trump administration’s “America First” policy not only deviates from Japan’s stance but can sometimes even put the two allies on a collision course.

Now, the United States has unilaterally backed out of the UN-supported nuclear deal, even though the IAEA has vouched that Iran is keeping its end of the bargain.

Japan’s petroleum wholesalers are pleading with the government to allow them to continue importing oil from Iran, but Japan as a partner of the United States has remained tight lipped about US behavior toward Iran. In marked contrast to the other G7 nations, Japan has not called out the Trump administration for its problematic action or tried to refute US reasoning for pulling out of the pact.

Japan is not a signatory to the Iran nuclear deal, so it does not have a major stake in the accord. But the Trump administration’s behavior in this instance risks damaging future relations in the Middle East and could even impact the entire international community. Japan as a close partner should join other countries in decrying the US pullout from the pact.

The United States and Iran have not seen eye to eye for a long time, and since diplomatic relations have been suspended the two countries continue to view each other as adversaries. This is a problem if it continues having a direct impact on Japan’s relations with Iran and the United States. I believe Japan could positively impact the situation and should act as an emissary to improve relations between the two sides. Unfortunately, I think at this point it will be difficult for Japan to reestablish diplomatic influence over Iran.

Issues relating to Iran should not be leveraged for the self-serving benefit of the current US administration or its allies in the Middle East and East Asia. Countries using Iran as a tool for consolidating their position within their own regions or for involving the United States will only sow further discord within the international community.

(Originally published in Japanese based on an interview conducted on September 29, 2018, at the Nippon.com offices. Banner photo: Prime Minister Abe Shinzō (left) with Iranian President Hassan Rouhani at the United Nations General Assembly in September 2017. © Abaca/Aflo.)