Obusedō: A Tradition of Chestnut Sweets and Local Culture

Economy Apr 14, 2014
Located in Nagano Prefecture, the town of Obuse is known for its confections and chestnuts. It also boasts a unique culture, with influences dating back to Edo-period icons like the artist Katsushika Hokusai and many family-run businesses located there to this day. In recent years, these businesses have come together to restore the historical atmosphere of Obuse, ensuring that its rich past stays relevant into the future.

Obuse: A Cultural Blossoming in the Edo Period 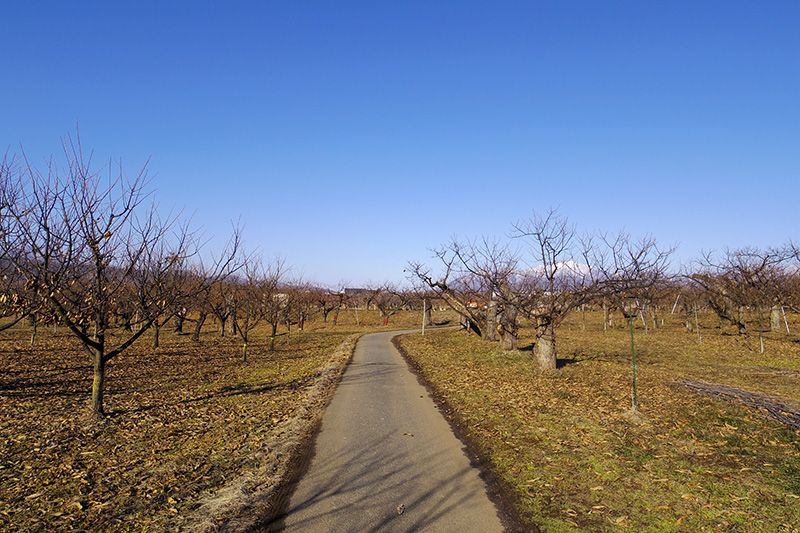 Sitting on the flood plains of the Matsukawa, a tributary of the Chikuma River, Obuse is one of Nagano Prefecture’s smallest towns, with a population of just 12,000.

Obuse’s unique culture developed and bloomed during the later half of the Edo period (1603–1868) as local farmers and merchants, who had grown prosperous from the newly established trade up and down the Chikuma, began to use their wealth to host famous artists and writers of the day—most notably the ukiyo-e artist Katsushika Hokusai and the haikuist Kobayashi Issa.

The area’s fortunes changed in the Meiji era (1868–1912), however, with the establishment of a railroad along the opposite bank of the Chikuma in 1888. As people and products increasingly moved by rail, rather than through the town of Obuse, local merchants and farmers saw their economic clout shrink. Many of them turned to such activities as silk cultivation and the tending of apple and grape orchards to make their living. 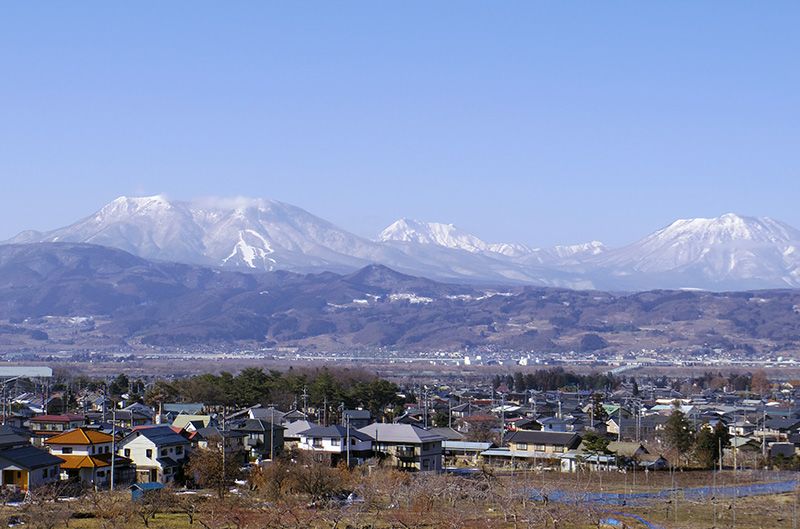 Obuse from afar. Chestnut, apple, and cherry orchards spread out west from Obuse Station, with the snow-capped peaks of Mt. Iizuna, the Togakushi range, and Mt. Kurohime (left to right) towering in the distance.

One of Obuse’s biggest claims to fame is its chestnuts. It is not clear when the trees were brought to the region, but one story has it that the first saplings were planted in 1367 by Ogino Jōrin, a man of wealth from a ruling class family who had moved to Obuse from Tanba in what is now Kyoto. Origins aside, the acidity of the soil around Obuse makes it a perfect environment for chestnut arboriculture, and soon word had spread as to the quality of area’s chestnuts. They were so good, in fact, that the daimyō of the neighboring Matsushiro domain (who had previously controlled the Obuse district as well) sent a tribute of the produce to the shōgun in the capital of Edo every autumn. 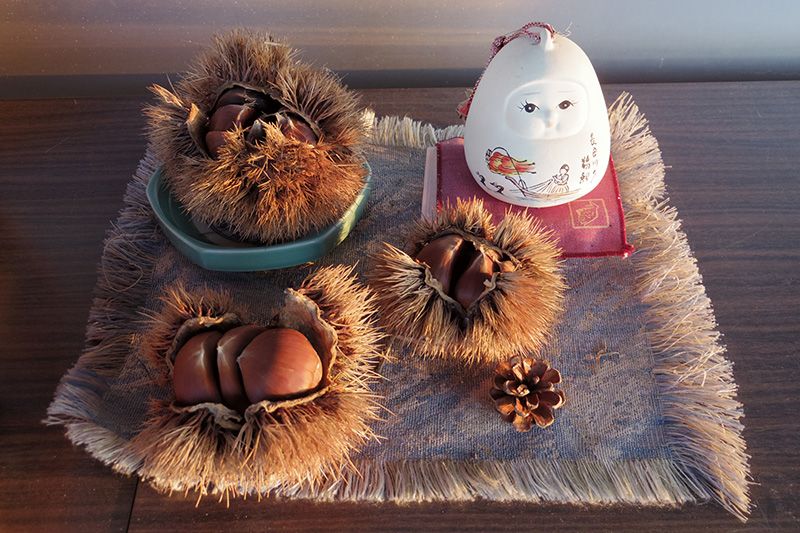 A display of chestnuts in burrs greets winter visitors at Obuse Station.

The history of chestnut confections began in Obuse in 1808, when the founder of the town’s oldest establishment, confectioner Sakurai-kanseidō, came up with the idea of using chestnut flour to make rakugan, a type of dry sweet often enjoyed as part of the tea ceremony.

Over the years the town’s confectioners continued to develop new types of chestnut-based sweets. In 1819 they began selling chestnut yōkan, a dessert made from steamed chestnut paste, followed in 1892 by chestnut kanoko, a chestnut butter containing sweetened whole nuts.

The entrance to the Masuichi-Ichimura Sake Brewery. The teppadai counter at the brewery serves up local sakes and is a popular stop for visitors on their way to see the famous snow monkeys of Jigokudani.

From Obuse to the Department Stores of Tokyo

The business that would eventually become Obusedō originally began as part of the Masuichi-Ichimura Sake Brewery, which was established in 1755. This concern also sold salt, tea, vegetable and seed oils, medicine, and other goods. 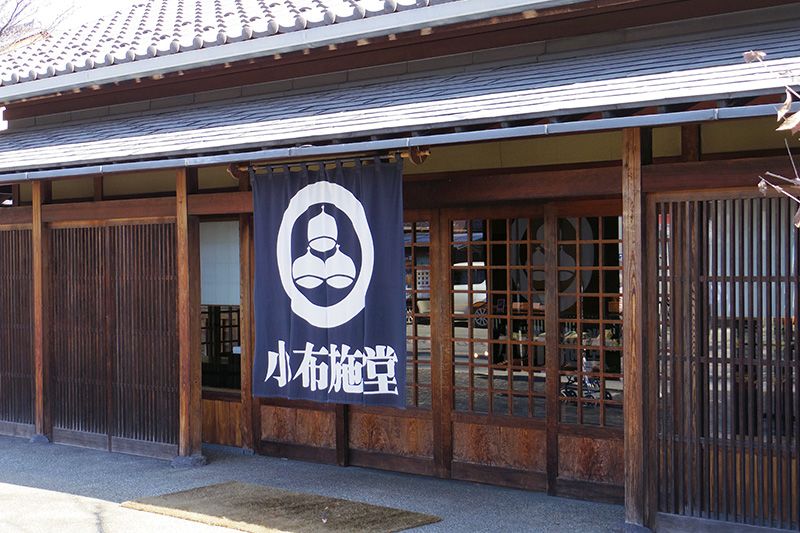 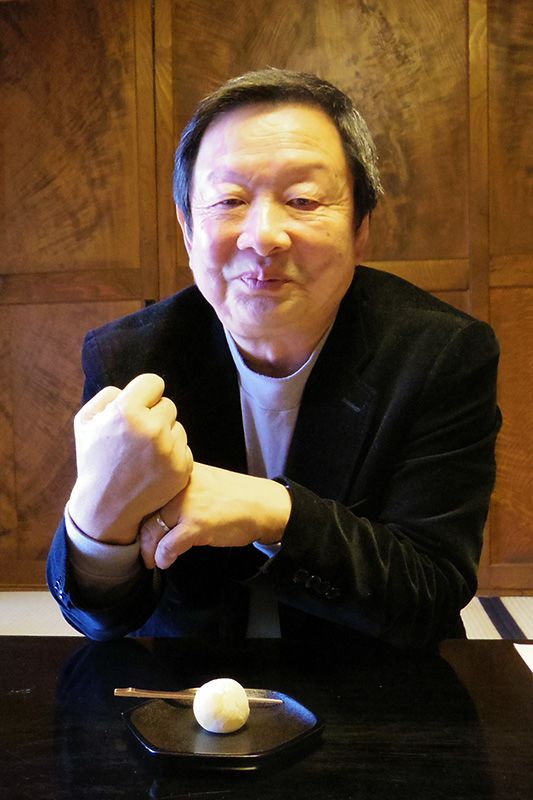 In the latter part of the Meiji era, Masuichi expanded its operations to include chestnut confections. Using the company’s experience as a brewery and incorporating new canning techniques of the period, Masuichi began to systematically manufacture and can chestnut kanoko. In 1923 this operation became Obusedō.

Obusedō and Masuichi president Ichimura Tsugio, the seventeenth proprietor in the Ichimura line, explains that the company also produced other products, including miso and soy sauce. Today, though, Ichimura notes, “sake brewing and chestnut confections are the only two we still do.”

Even with the continued success of its chestnut sweets, Ichimura feels the company must return to its roots as a confectioner. “We set out to industrialize the production of our chestnut products and managed to place them in Tokyo’s department stores. When tourists started coming to Obuse, however, I began to feel what we really needed to do was focus on being a confectioner.”

Kurihana (left) is made using the essence of chestnut. (Photo courtesy of Obusedō.) The Obusedō counter in Isetan in Shinjuku, Tokyo.

Ichimura has stayed true to his feeling. In September of 2013 the company opened a new confectionary shop inside the Isetan department store in Shinjuku. February 2014 saw the reopening of the shop in the Matsuzakaya department store in Ueno after renovation to expand the selection of confections in stock. As Ichimura puts its, “we are a confectioner that also happens to sell chestnut sweets.”

Restoring the Scenery of the Town

Obusedō has also been actively involved in efforts to restore the unique historical appearance of the town’s neighborhoods and buildings. 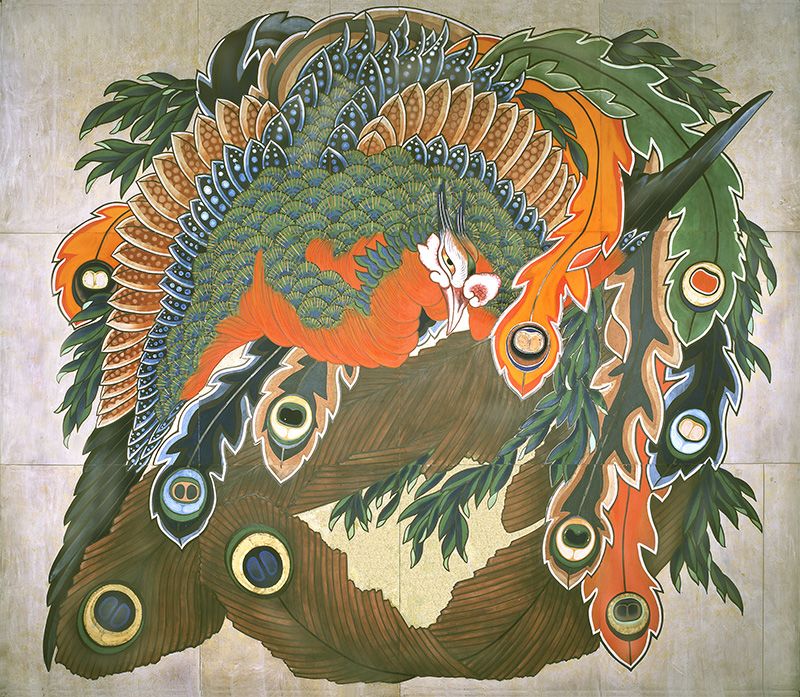 The artist Hokusai loved Obuse, producing many works in the town, the most famous being the phoenix on the ceiling of the temple Ganshōin. The colors still shine with their original luster even after 166 years. (Photo courtesey of Ganshōin.)

The Obuse government has an original approach to restoring the scenery of the town, one which takes a different tack from the strict regulations of traditional historical preservation. Instead of focusing on merely preserving buildings as they were, the town has dismantled, moved, and rebuilt structures to adjust their height or change the direction they face. The town has not shied away from building new structures in historical districts.

After taking over from his predecessor in 1980, Ichimura decided to open the land around his home to the public, renaming it Sasa no Hiroba, or Bamboo Park. Since then he has worked with other merchants and landowners to create a restoration district in the town, doing so without relying on government assistance.

As you drive into Obuse, you see nothing like the jumble of billboards and neon signs common to most Japanese cities. Visitors are instead greeted by an aesthetically pleasing landscape of groomed orchards and historical buildings. The pleasantness of the scenery is likely what draws 1.2 million visitors to the town each year.

Since creating a department for cultural programs in 1984, Obusedō has been busy developing the Obuse brand by sponsoring art exhibits, international Hokuasi forums, and, in 2003, the first annual Obuse Marathon. 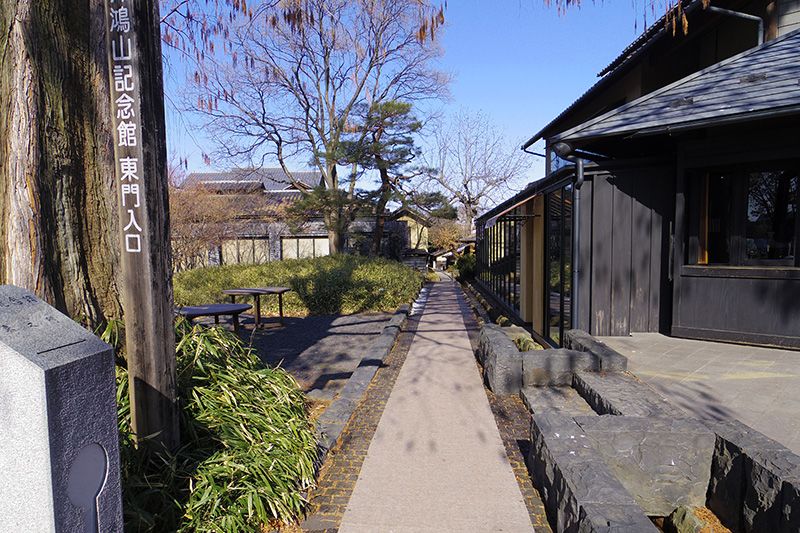 As a symbol of Obuse’s restored scenery, the Chestnut Path—which takes its name from the chestnut wood blocks used to make it—connects the Hokusai Museum with the Takai Kōzan Memorial Museum.

As Ichimura puts it: “There is an aspect of social welfare related to Japanese companies. Their main motivation is to earn money, but they also have to think about the greater good. I think this idea still remains within Japanese society, with the public sector playing a distinct role from the government.”

Talking about the history and tradition of Obusedō, Ichimura says, “I think of it as one of those games kids play at school where they have to pass a giant ball around the group. Everyone has to work together to keep the ball moving from person to person, and at the moment I’m holding the ball.

“If asked why the business should be kept running, I’d answer that having our shop where it is makes the town a more lively and enjoyable place. I hope that a person from, say, Osaka and one from Tokyo will meet by chance in the setting of Obuse and interact with each other in a way that can only happen here. Encounters like that are possible in Obuse. And how wonderful it is for our shop to set that stage!”