Culture Oct 20, 2016
A roundup of some of the games drawing most interest at one of the world’s biggest game shows.

All eyes were on virtual reality devices at this year’s Tokyo Game Show, which took place from September 15 to 18 at Makuhari Messe in Chiba. The event set new records with 619 participating companies and over 270,000 visitors.

The main draw was the chance to experience Sony’s PlayStation VR—a head-mounted display that can be connected to the company’s PlayStation 4 console—before its October 13 release. Sony has shown it is serious about the new technology with the simultaneous launch of more than 20 titles that seek to exploit the potential of three-dimensional virtual worlds. Further, almost all of the popular PS4 titles set for release from winter until spring will be VR-compatible.

Visitors wanting to try the new hardware before making a purchase lined up for over four hours to take their turn in the PSVR booths. 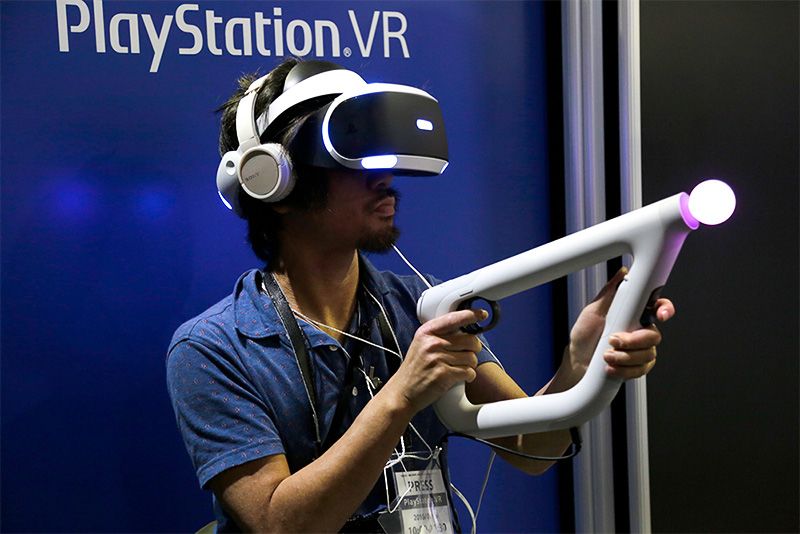 A String of VR-Compatible Titles

The VR version of Sony’s upcoming driving simulation Gran Turismo Sport was among the titles generating buzz at the show. Its new Tokyo Expressway course recreates the capital’s Shuto Expressway Inner Circular Route with the added realism made possible by the PS4’s improved graphics specs. Unfortunately, the game’s release date has been pushed back from this November to 2017, but the increased playability should be worth the wait. One fun feature on the PSVR is 360° vision, so players can look behind them while driving. 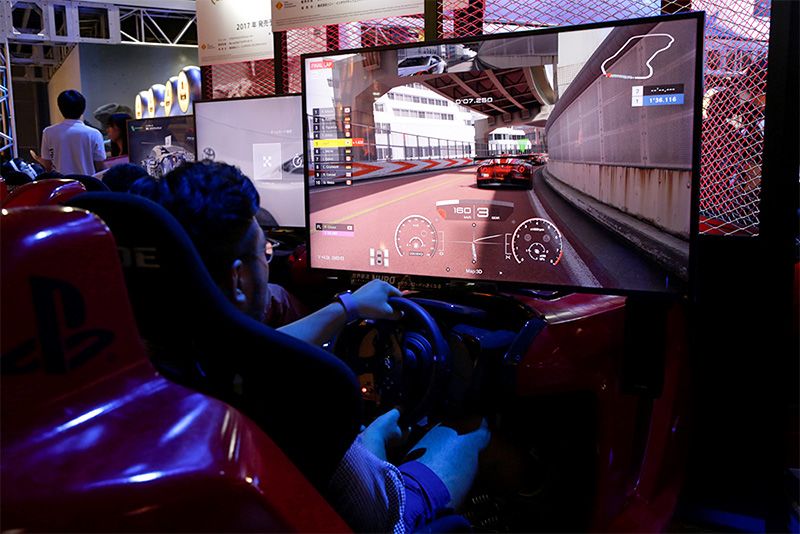 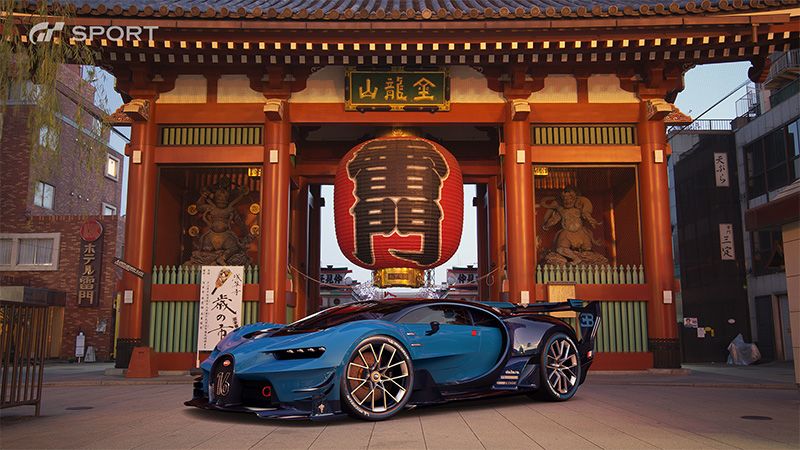 Sony aside, Capcom’s Resident Evil 7: Biohazard was another much anticipated title on display at the show. Combining VR with headphones allows for a more immersive experience that should bring a new form of terror to fans of the horror franchise. A succession of players could be seen standing frozen in dread in the exhibition booth. The game is scheduled for release in January 2017. 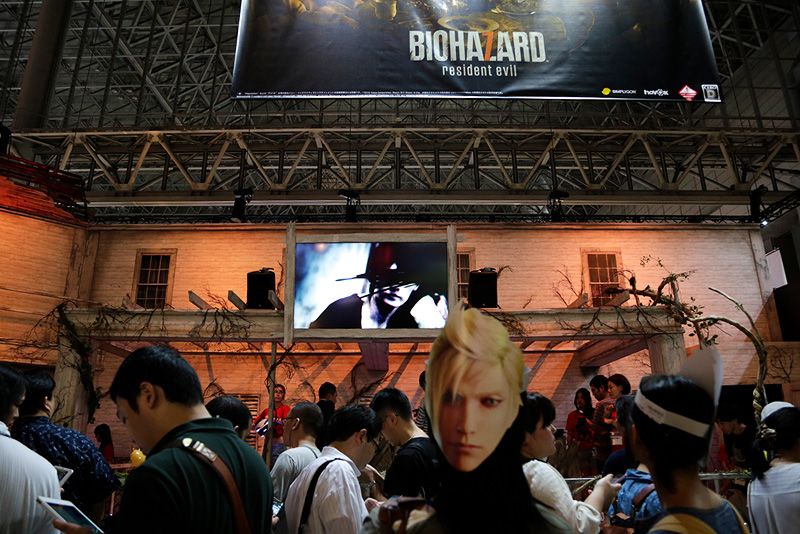 Final Fantasy XV, the latest entry in the popular Square Enix role-playing game series, is also VR-compatible. Having played FF since the first game was released in 1987, I was stunned by how far it has come. “Can this really be the same series?” I wondered to myself as I watched hair blowing in the breeze and engaged in a new style of combat. The planned release date is November 29, 2016. 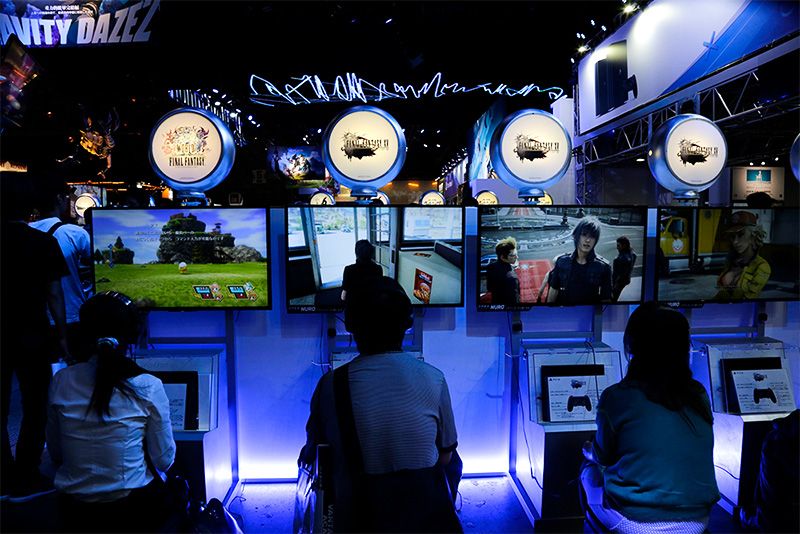 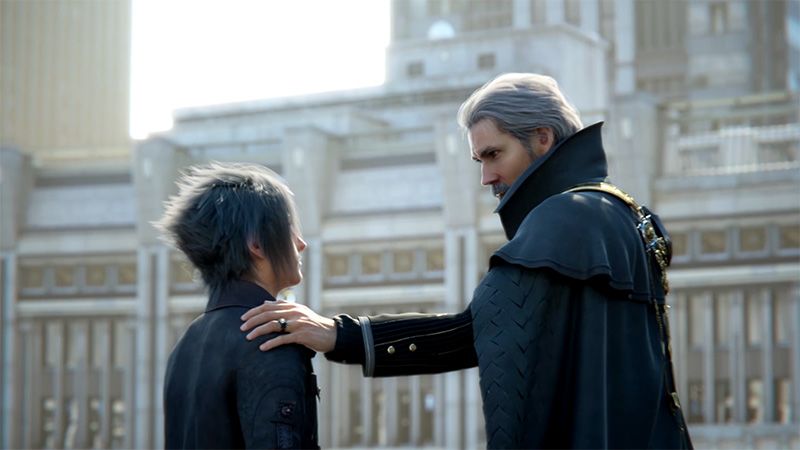 There was also a lot of interest in Horizon Zero Dawn, although this is not compatible with PSVR. Developed by Guerrilla Games, known for its Killzone shooter series, the new RPG is set 1,000 years from now in a society ruled by mechanized creatures. While hunting the creatures, players solve the mysteries of the game world. This ambitious work, in which European developers attempt to match the rich narratives that are a Japanese strength, is set for release around the start of March 2017. 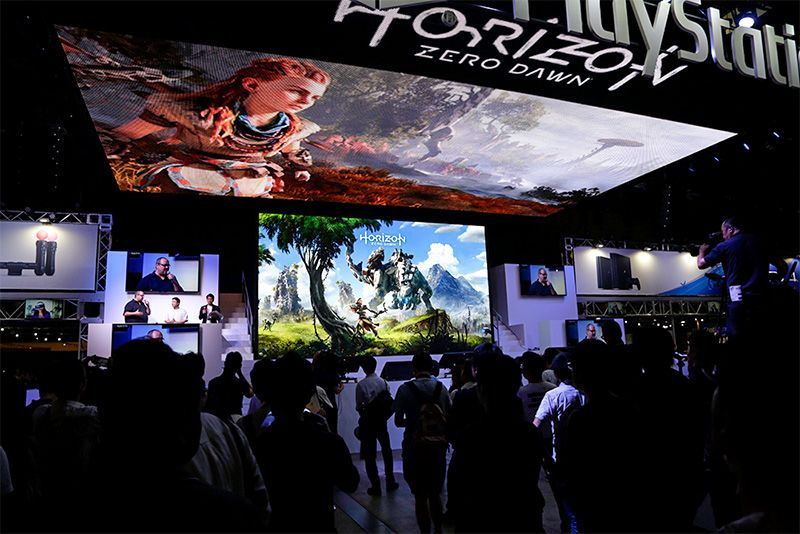 The PS4 already provides visuals that almost match real life, so three-dimensional VR was regarded as the natural next step. Television sets and other devices offering 3D sound and vision have been slow to catch on with consumers, though, so it remains to be seen whether the thrill of the new PSVR at TGS 2016 signals the dawn of a new era of VR gaming.

(Originally written in Japanese by Yoshimura Shin’ichi and published on October 10, 2016. Photographs by Nagasaka Yoshiki unless otherwise stated.)