“Shoplifters”: A Family Tied by Crime and Money

Culture Jun 15, 2018
Koreeda Hirokazu’s Shoplifters tells the story of a “family” not connected by blood, getting by from day to day while struggling with poverty. While it tackles social issues, the film has a tender humor. Meticulous direction and strong performances helped it win the Palme d’Or at the Cannes Film Festival.

In May 2018, Koreeda Hirokazu’s Manbiki Kazoku (Shoplifters) won the Palme d’Or at the Cannes Film Festival. It was the first Japanese film to take the prize for 21 years. In her closing summary, Cannes jury president Cate Blanchett spoke of the “invisible people” in Shoplifters and other movies shown at the festival. Similarly, Koreeda wrote in his blog of how the characters in his film had become invisible because they had fallen out of or been driven out of the three communities of neighborhood, workplace, and family.

In 2004, Yagira Yūya—who was then 14—won the Best Actor award at Cannes for his role in Koreeda’s Dare mo shiranai (Nobody Knows). The film was loosely based on a real-life case of neglect. Shoplifters also takes inspiration from real events and features fine, naturalistic performances from young actors Jō Kairi and Sasaki Miyu, who were 11 and 6, respectively, at the time of filming. 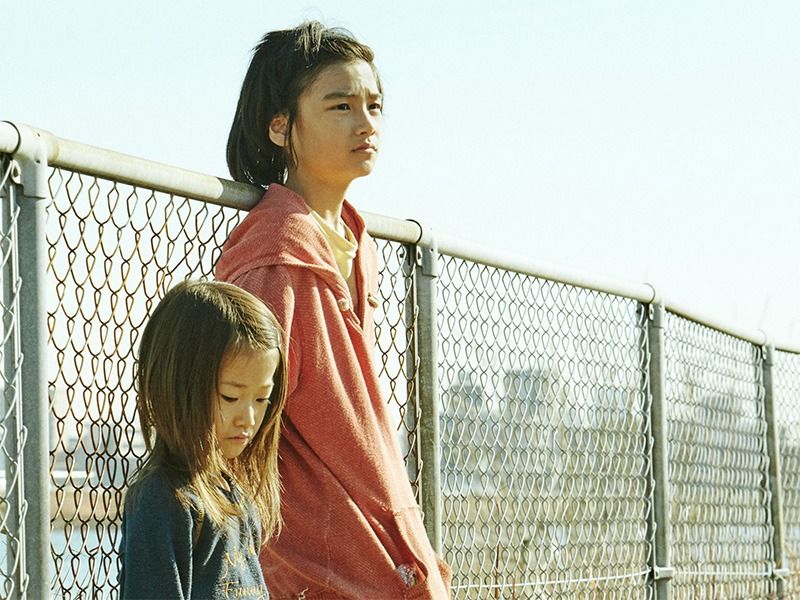 Jō and Sasaki in a still from Shoplifters. (©️ 2018 Fuji Television/Gaga/Aoi Pro)

Koreeda spoke about the film at a June 6 press conference at the Foreign Correspondents’ Club of Japan in Tokyo. 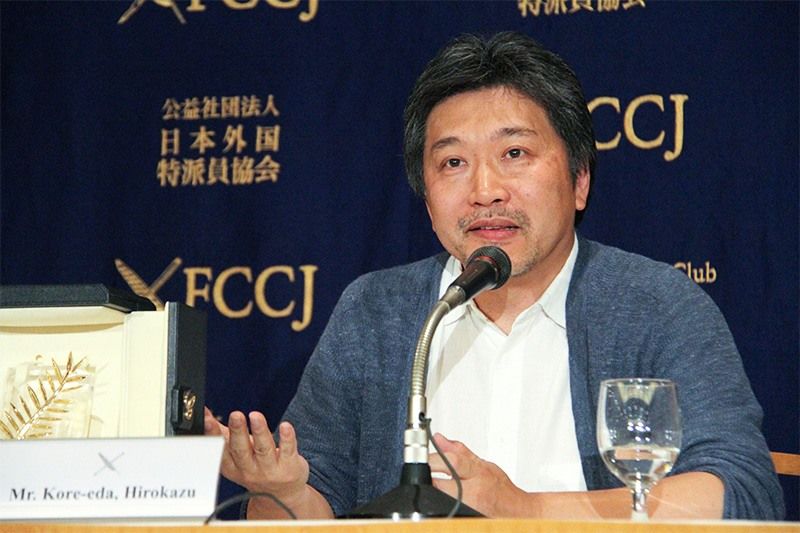 The director noted that major companies steer clear of films that tackle politics and social issues.

Overseas media interest in Shoplifters has focused on the poverty in Japan it puts on screen. Koreeda commented, “I started regularly participating in festivals from the 2000s and people have often said to me, somewhat critically, that Japanese films ‘don’t talk about society and politics.’ It’s true that few of the kind of Japanese films that make it to international festivals engage directly with these issues.” One reason is that major film companies see such films as poor box office prospects, so are reluctant to push them through development. Koreeda stated that this attitude had “narrowed the scope of Japanese films.”

The director said that for the past 10 years he had consciously concentrated on family dramas, digging deeply within a narrow compass to tackle the subjects of most pressing interest to him as a father. This meant that he had not touched on politics and society. In Shoplifters, however, he took Japan’s contemporary problems as a base, examining them through a family struggling to get by and the frictions that arise as they do so. “This was the biggest difference with how I approached this work compared with my earlier films,” he said.

A Film for a Little Girl

“Rather than blood ties, the family is connected by money and crime.” Koreeda explained how he took inspiration from a number of real-life incidents over the past few years. In one, a family fraudulently continued to collect pension money after the death of a parent. He also heard the story of a court case involving a family that actually did get its children to shoplift.

The film has faced criticism among some Japanese Internet users for putting the spotlight on crime and poverty. One reporter mentioned the fact that there had not been a congratulatory call from Prime Minister Abe Shinzō, and another asked if Koreeda had imagined the faces of politicians and bureaucrats while making the film. The director said that he had not, and that he had been thinking of a different face.

“When I was working in television in my twenties, a senior colleague told me, ‘When you make something, target it at one person.’ That could be your mother, your grandmother in the countryside, or a friend. Think of one person’s face. I’ve done that ever since.”

Before making Shoplifters, Koreeda visited a facility for children who have been abused by their parents. He imagined making the film for an elementary schoolgirl he met there just as she came back from school. When he asked her what she was studying, she took her Japanese language textbook from her bag and began reading aloud the story Swimmy by Leo Lionni. “When she’d finished the whole story and I started clapping, her face lit up. I thought that she would have wanted to read it to her parents, who she was living apart from. I couldn’t forget the girl’s face.”

Ties that Transcend Blood and Crime

Shoplifters gives a detailed depiction of the desperate circumstances of Japan’s invisible people. At the same time, the warmth and richness of spirit of its constructed community is powerfully memorable. Everyday events are portrayed with a tender sense of humor, and the adults’ care for the children is apparent. Even if they are bound together by crime, the compassion they show for one other is genuine. The careful direction and strong acting performances are essential to the film’s success.

Koreeda said that the harmony between director, actors, and the rest of the crew had come in for praise at Cannes. He was particularly pleased by the acclaim for the female performers from Blanchett and the other women on the jury. Andō Sakura’s acting as the “mother” is breathtaking, and her words in some scenes have the power to make us reconsider what it means to be a parent.

Koreeda says his next film is set to start shooting in France this autumn. His success at Cannes will help pave the way for new collaborations. 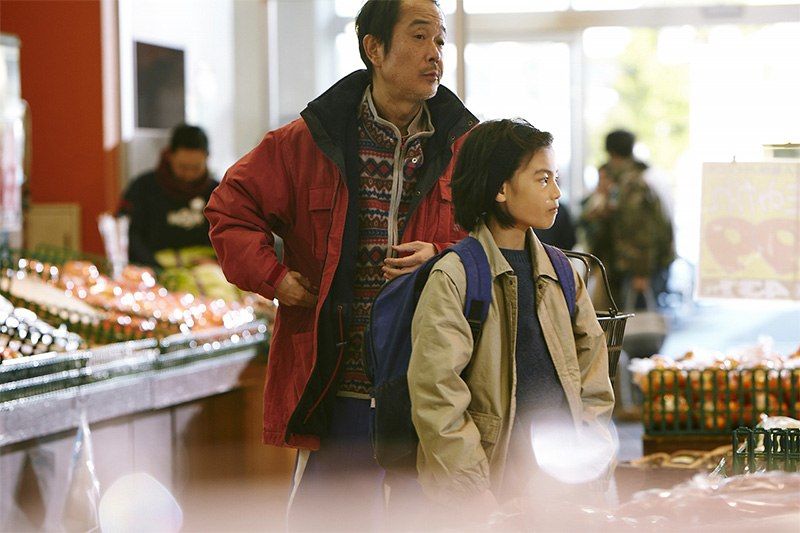 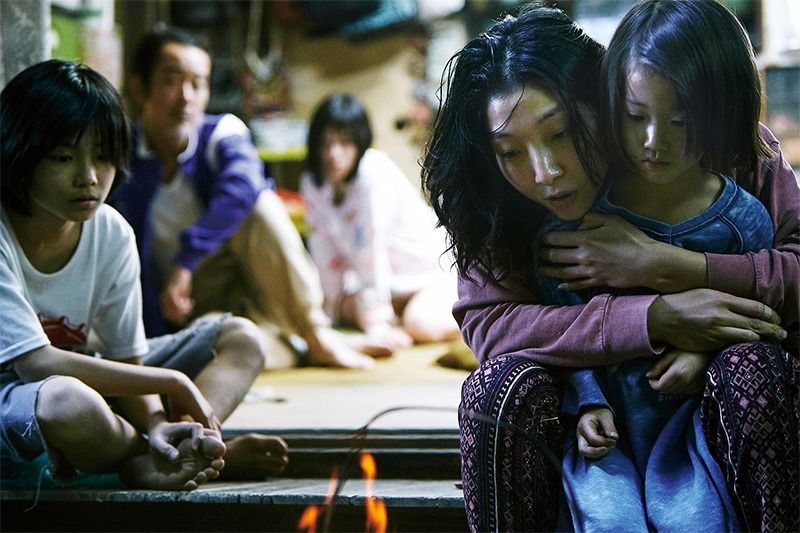