Society Oct 14, 2011
More than sixth months on from March 11, life in the affected areas has still to return to normal. But with the passing of time, the disaster is beginning to fade from the public eye. The figures that follow serve as a grim reminder of the sheer scale of the devastation of that day.

According to figures released by the National Police Agency on September 11, six months after the disaster, at least 15,782 people lost their lives in the Great East Japan Earthquake Disaster, making this the worst natural catastrophe in Japan since World War II. Another 4,086 people are still listed as missing.

In addition, over 80,000 people are still living in evacuation centers. Among these are many who were not affected by the earthquake or tsunami directly but were forced to evacuate their homes because of the accident at the Fukushima Daiichi Nuclear Power Station. 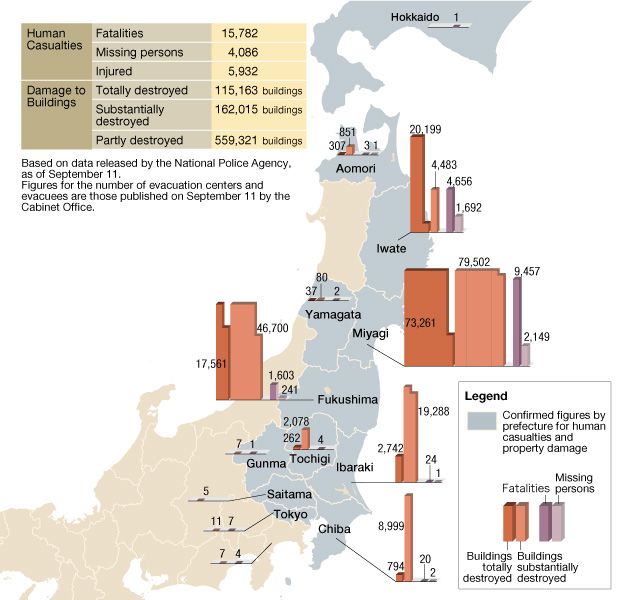 Major Earthquakes and Tsunamis in Japan