Food and Drink Economy Jun 15, 2018
As more foreign tourists visit Japan, their interest in local cuisine is fueling a rise in Japanese restaurants around the world

There were 117,568 Japanese restaurants overseas as of October 2017, according to data collected by the Ministry of Agriculture, Forestry, and Fisheries. This is a 30% increase compared to the results of the previous study conducted in 2015, and around five times larger than the number reported in the first study carried out in 2006. 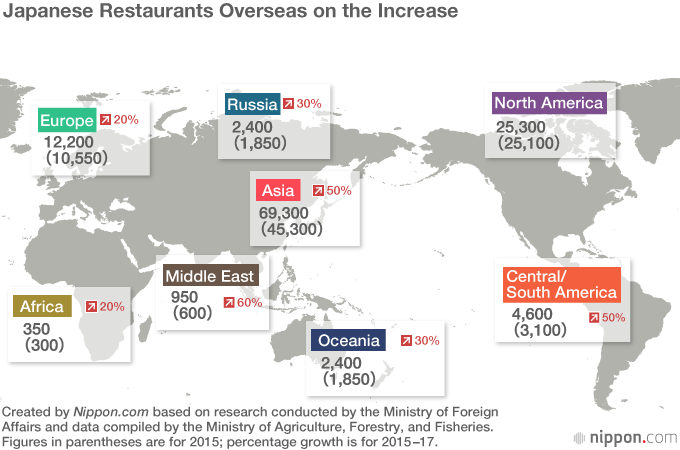 Considering that there are now around 118,000 Japanese restaurants worldwide, it seems likely that the number of certified restaurants will increase further in the future. It is hoped that they will help to expand exports of Japanese agricultural and livestock products by showcasing these products to overseas customers. 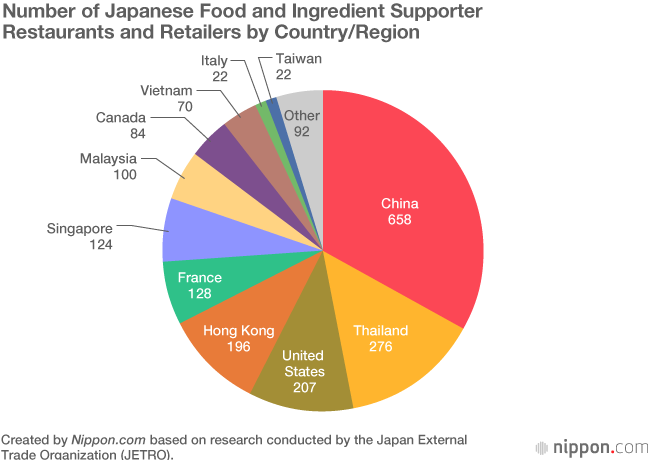