Economy Nov 5, 2018
Many Japanese mobile phone users are unhappy with the major operators, which are seen as untrustworthy and overly hungry for profits.

Around 60% of Japanese mobile phone users described service fees as “expensive” and 30% said they were “unacceptable” in a survey conducted by the Nomura Research Institute. The online survey conducted in July of this year targeted 3,000 mobile-phone users who pay service fees under a contract with one of the big three operators: Docomo, Softbank, and Au. 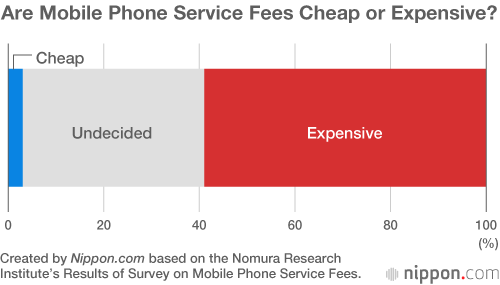 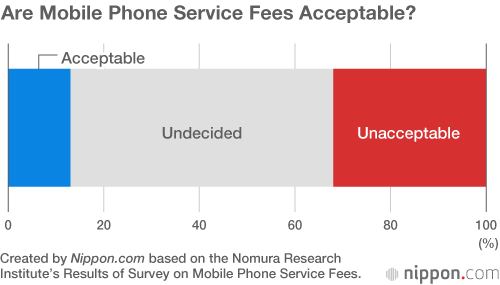 Around half of those surveyed said that they thought “operators were profiting too much” and that “mobile phone fees were a financial burden.” Around 30% of the respondents said that carriers were “untrustworthy.” 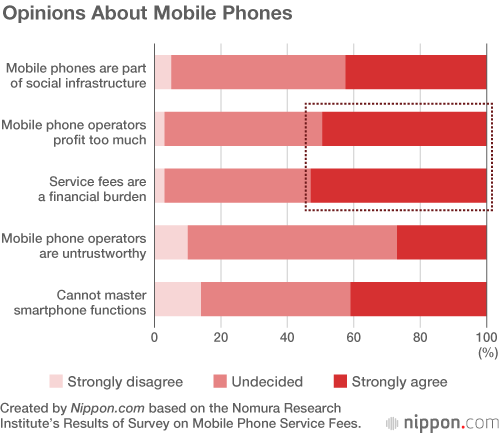 The major factors cited by respondents for their critical view of service fees as a financial burden include the following: “Surprising how much higher the monthly fees were after switching from a flip phone to a smartphone” (76% of respondents); “Paid unnecessary fees as a result of forgetting to cancel some optional services” (57%); “Could not use all of the gigabyte capacity under the contract plan” (55%).