Culture Nov 19, 2018
There are many free apps available for learning Japanese on smartphones and tablets. This article introduces some of the better options.

An all-round app for learning the basics of foreign languages, Duolingo has become hugely popular in the past few years. Learners of Japanese start with hiragana and go on to study phrases in simple topic areas, such as food, feelings, and shopping. Total beginners might find the app sometimes lacking in explanation of grammar or other language points and may prefer to pair it with other study aids. 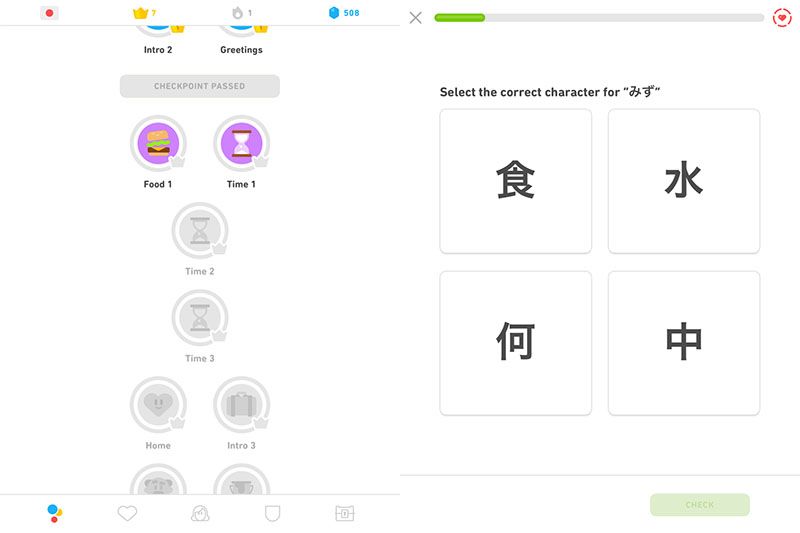 Duolingo introduces some basic kanji on its learning path.

A rival to Duolingo that follows a similar all-round approach through a range of topics. The app was originally made for learning Asian languages and has an edge over Duolingo in sections focused on grammar. Sentences are also read by native speakers, giving a good model for pronunciation. Still, as tastes vary, it is worth trying out both apps to see which you prefer. 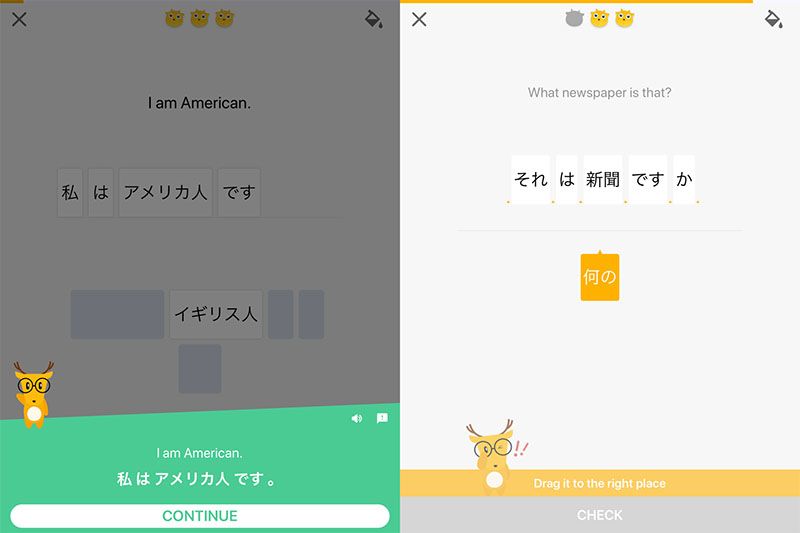 Its bespectacled deer character provides the cute atmosphere of LingoDeer.

This app teaches hiragana, katakana, and kanji. Users can test their ability through a variety of methods, such as writing or answering multiple choice questions. The app includes kanji lists for different levels of the Japanese Language Proficiency Test, aiding preparation for this popular examination. Users can also practice writing hiragana and katakana with a finger on the screen. 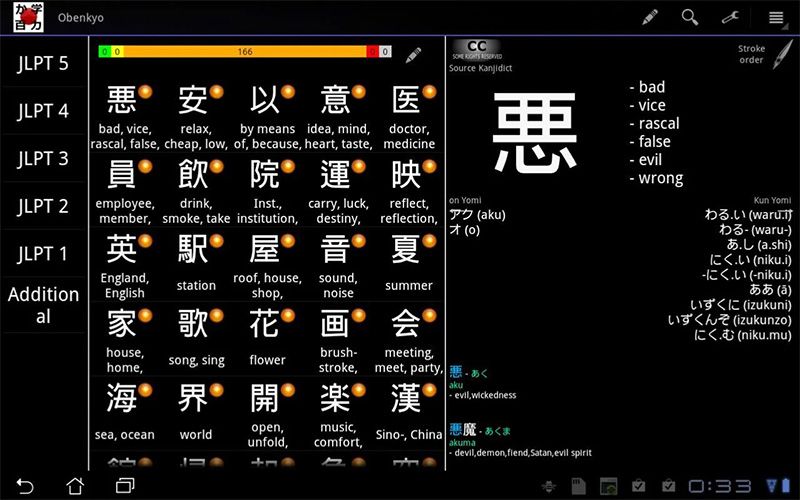 Kanji can be a major hurdle for many learners of Japanese who grew up outside East Asia. Kanji Recognizer was made to help these people, allowing users to swiftly handwrite characters and obtain their readings, stroke orders, and basic meanings. The screen displays on-yomi and kun-yomi readings in katakana and hiragana, respectively. It also indicates the JLPT level of each kanji. 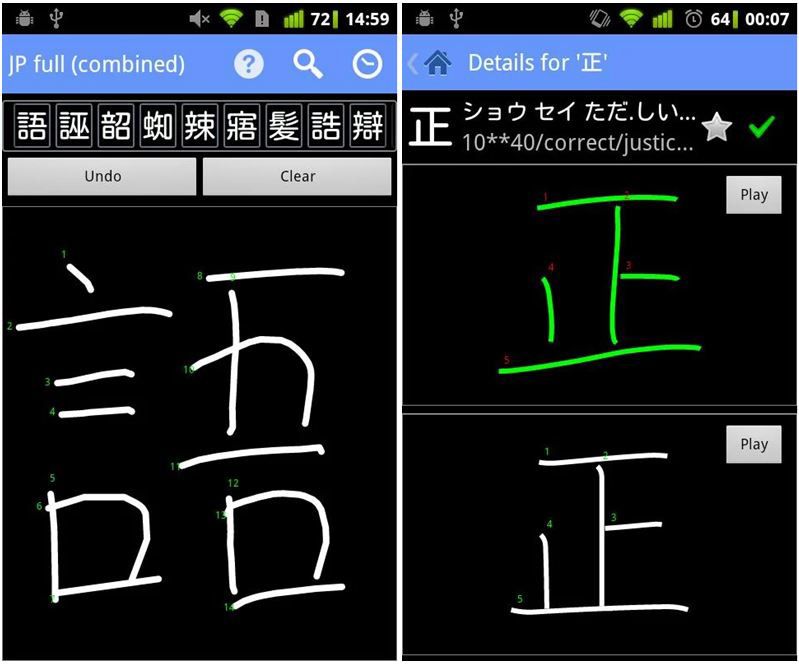 Japanese learners as well as students of other languages can use this app to directly ask questions to native speakers. The set formats for questions—such as asking how to say a word in the target language or whether a phrase sounds natural—make it easy to find answers to learning difficulties. Pay it forward by answering questions about your own language. 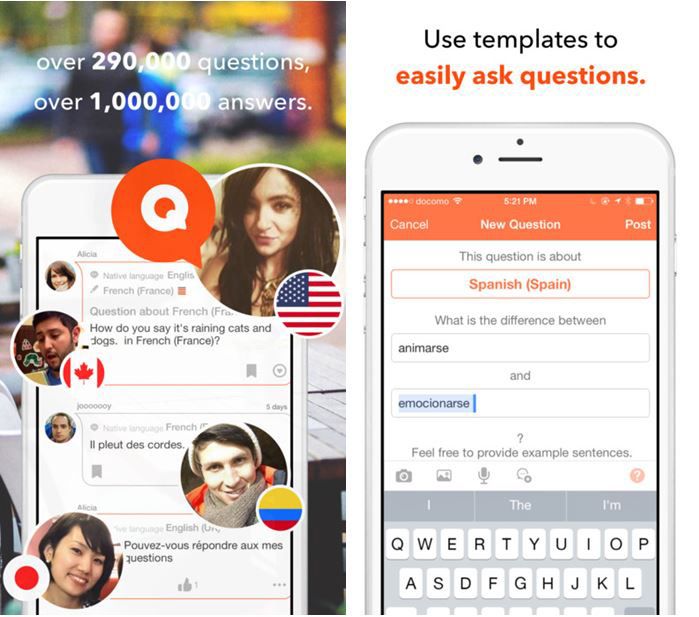 This comprehensive dictionary app is very useful for Japanese learners and has a clean, easy-to-understand layout. It's simple to find kanji categorized by JLPT level and school grade and to make personal vocabulary lists using the favorite function. Users should note, however, that example sentences are of varying quality. 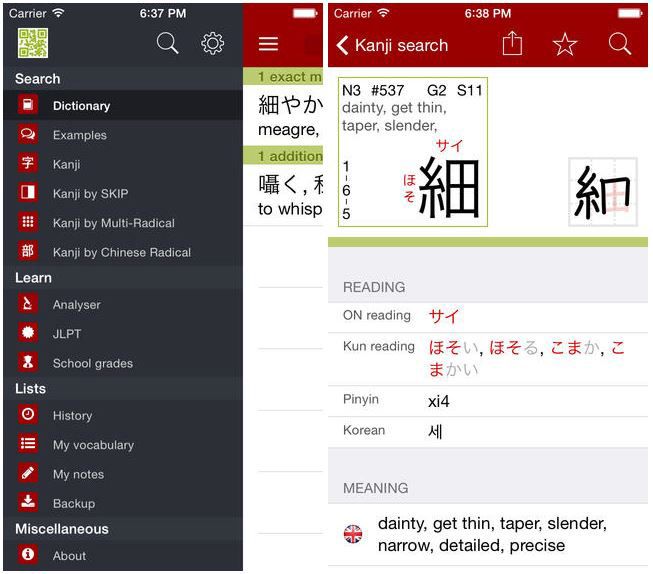 Use imiwa? to check meanings and make vocabulary lists.

Although the name is uninspired, this dictionary app is extremely useful for learners from beginners on up. It provides several examples to show how to use vocabulary correctly along with the readings for each kanji. Users can also check pronunciation by touching the audio icon. The app has a list of verb conjugations and classifies all words by JLPT levels. Users can search in hiragana, katakana, or kanji. 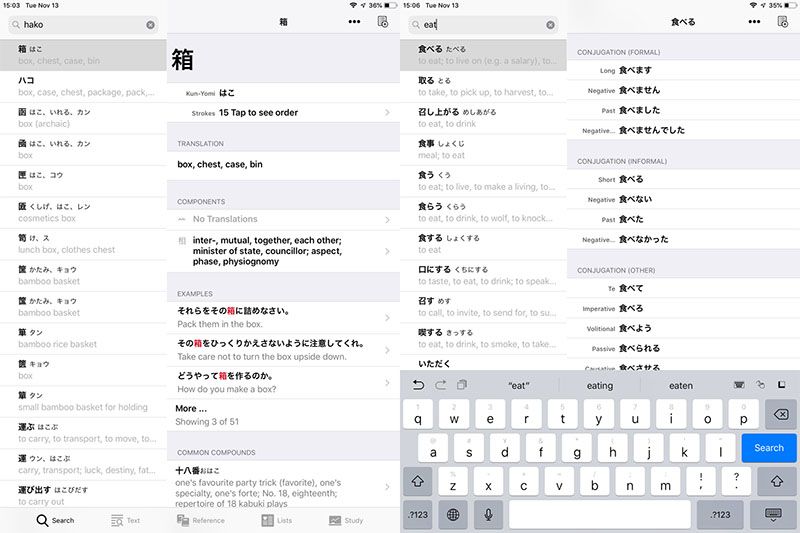 Japanese provides meanings of characters and examples of usage.

The popular website by Tae Kim in app form provides the grammar principles of the Japanese language. After introducing the three writing systems, it dives into the grammar, moving from elementary essentials to advanced topics. The explanations are clear and simple to follow. Example sentences have full translations and it is also possible to tap on individual words for readings and meanings. 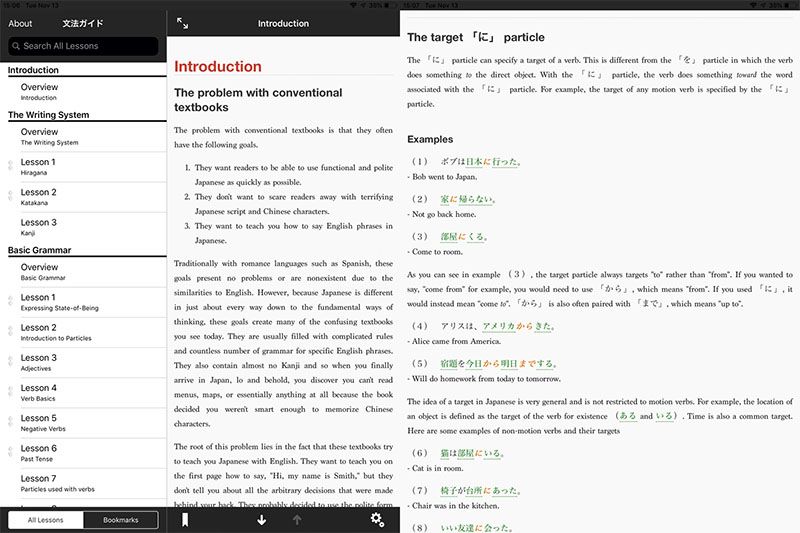 The interface of this app is entirely in Japanese, making it more accessible to advanced learners. Users can test their kanji knowledge in many different ways, including practicing the kana readings for characters or writing the characters themselves on the screen. Those who enjoy this download should try the accompanying vocabulary app Goiryoku shindan (Vocabulary Skill Check). 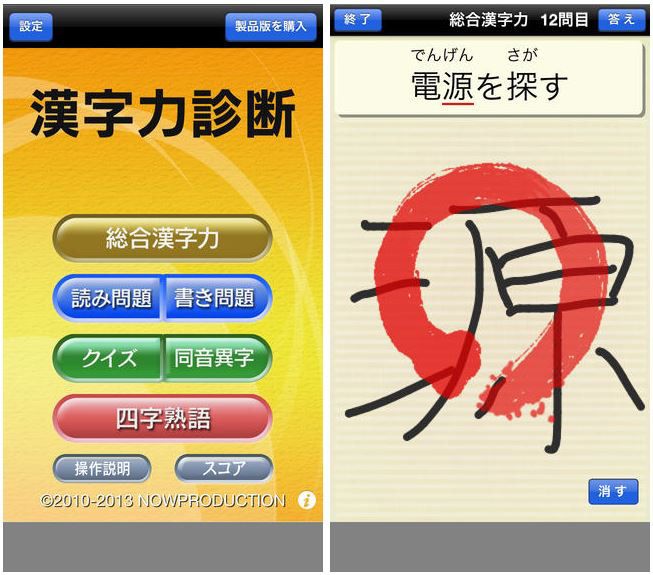 Japanese language learners can check their knowledge of characters with Kanjiryoku shindan.