Culture Lifestyle Feb 20, 2015
The kotatsu has been keeping Japanese people warm through hundreds of winters. We introduce the heating system that keeps the family together.

What is a Kotatsu?

A kotatsu is a way of staying warm in winter that Japanese people have used for centuries. It basically consists of a heat source under a table with a skirt around it, usually a quilted futon or other heavy material, to prevent the warmth from escaping. Originally, it made use of the sunken hearth where the family did its cooking, and was heated by a charcoal fire. Modern kotatsu are almost all electric, though, and often the heater is built into the table. 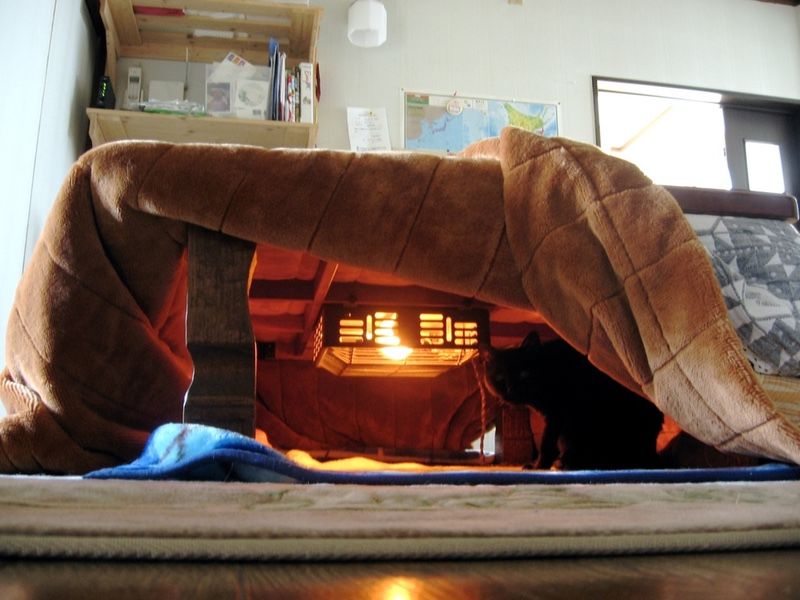 Cats want to stay warm too.

The kotatsu is a traditional center for many families. It’s always warm under the table, so everyone gathers around to cook nabe (hot pot) on a portable stove, eat mandarin oranges, and watch television.

Hard to Move Away

Watching television under the kotatsu.

It is so comfortable to stay with feet and legs under the kotatsu that it can be difficult to get up and spend time in colder parts of the home. Those who will only move away from the table for toilet breaks are often compared to snails, as if the kotatsu actually was a part of their bodies! And cats are also said to love the heating systems; one popular children’s rhyme famously talks of a cat curling up under the kotatsu.

Kotatsu production has tumbled to a tenth of its peak 40 years ago. The use of air conditioning systems and underfloor heating in many homes has spurred this drop in popularity. Air conditioning in particular has spread rapidly since the 1970s, reaching the point where 90.5% of households now own systems.

Having said this, a kotatsu consumes half the power of air conditioning that heats the whole room. Efforts to save energy after the Great East Japan Earthquake and the removal of nuclear power from the nation’s energy supply led to renewed appreciation for these warm tables. Whether sales continue to rise or return to their decline, though, kotatsu are likely to remain an integral part of the image of winter for Japanese people. 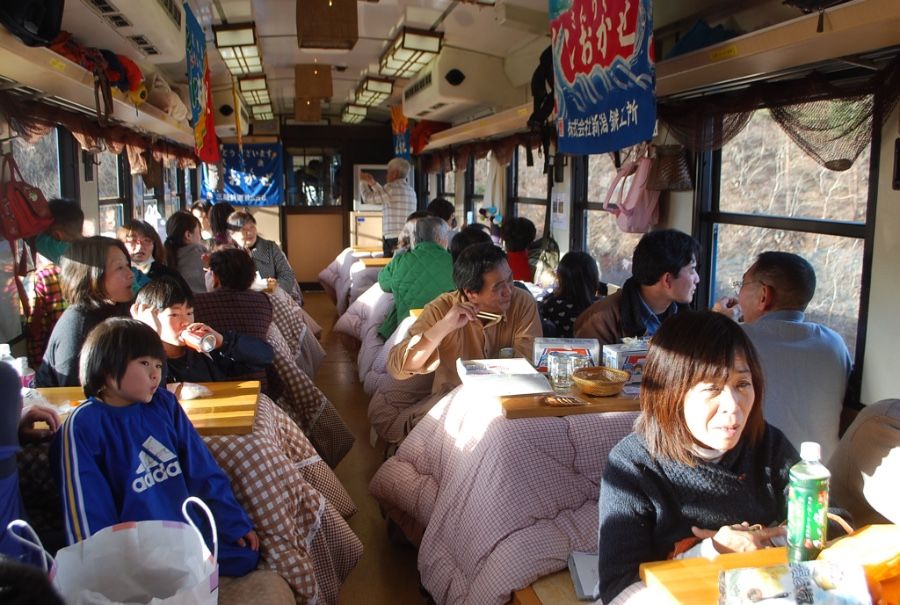 A kotatsu train is one of the latest ways of drawing attention to the traditional heating system. © Jiji.