Culture Jun 4, 2016
The sport of sumō is a symbol of Japan and has been practiced for more than 2,000 years. It stills retains an air of tradition, and attracts droves of fans to the six annual professional tournaments.

Sumō wrestlers apply a combination of brute force and technical ability as they battle to win bouts that last from a few seconds to several minutes. The sport is practiced on a platform called a dohyō that is formed from packed clay, with the ring designated by a circle of rice-straw bales. The rules are simple: the fight ends when one of the two wrestlers or rikishi is forced out or touches the ground with any part of the body except the soles of his feet. There are a total of 82 winning techniques or kimarite including numerous variations of pushing, pulling, tripping, and throwing. There are also a number of fouls or kinjite, such as pulling the opponent’s hair or kicking.

Professional rikishi grow their hair and form it into a topknot called a chonmage. In tournaments and on other special occasions high-ranking wrestlers have their hair shaped into the distinctive ōichōmage (ginkgo-leaf knot). When competing, rikishi are clad only in a mawashi loincloth. Often matches are won by the wrestler who is first to get a grip on the opponents’ mawashi before executing a kimarite. 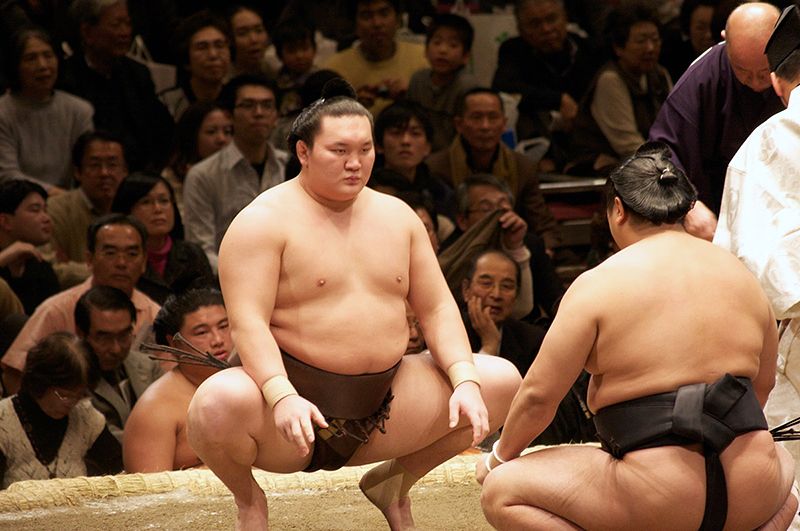 Changing Through the Ages

Unlike many combat sports there are no weight classes in sumō, providing tall and heavy rikishi a major advantage. In 2013, the average height of wrestlers in the top makuuchi division was 185 centimeters and the average weight 160 kilograms. It is possible, however, for smaller grapplers to rise through the ranks on the basis of superior technique.

Sumō began as a simple battle of strength some 2,000 years ago before transforming into a religious ritual for securing abundant harvests. Clay figures of wrestlers have been found dating back to the Kofun period (ca. 300–710). With the rise of the warrior classes in the twelfth century, sumō developed into a form of battle training. Then in the Edo period (1603–1868) it became the professional sport and popular form of entertainment that it is today.

In this way, sumō has undergone continual change through the ages. Despite debate, however, there has as yet been no alteration to the rule that women may never enter the dohyō.

The professional branch of the sport, known as ōzumō (grand sumō), is overseen by the Japan Sumō Association, which holds six annual tournaments lasting for 15 days each. Three are held at the Ryōgoku Sumō Hall in Tokyo in January, May, and September, and one each in Osaka (March), Nagoya (July), and Fukuoka (November). The tournaments are aired on television and radio by Japan’s public broadcaster NHK. 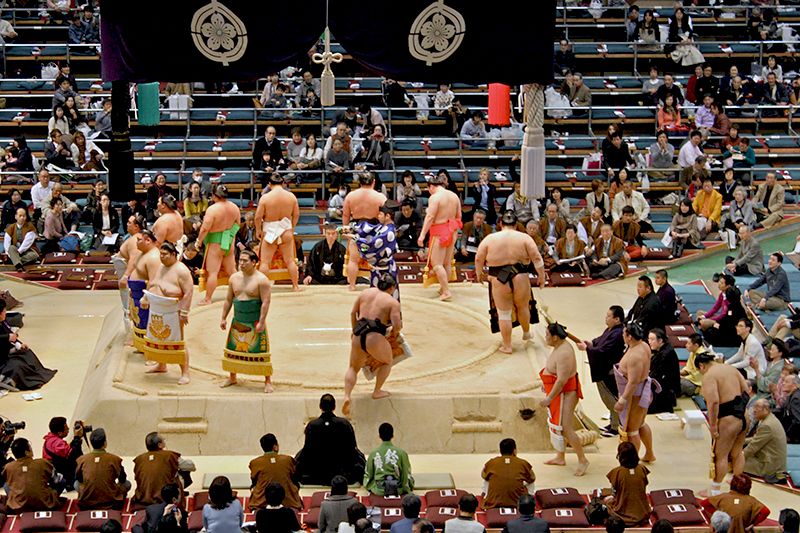 Professional rikishi are graded into six divisions based on their performance. Their exact ranking is given on the official banzuke list. The top division is the makuuchi and the highest ranked wrestlers within this group are called yokozuna. In the hierarchy of sumō, the treatment and income that wrestlers receive varies greatly based on their ranking.

Although sumō is considered to be Japan’s national sport, many of the top wrestlers are from overseas. A Hawaiian wrestler who fought under the name Takamiyama became the first foreign-born rikishi to win a tournament in 1972. All of the three current yokozuna were born in Mongolia, and there has not been a Japanese-born wrestler in this top rank since Wakanohana III retired in 2000. 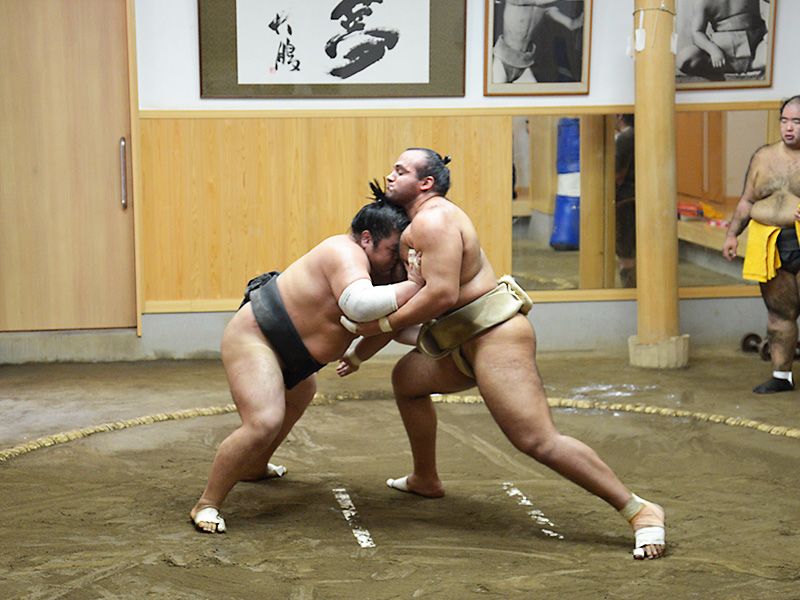 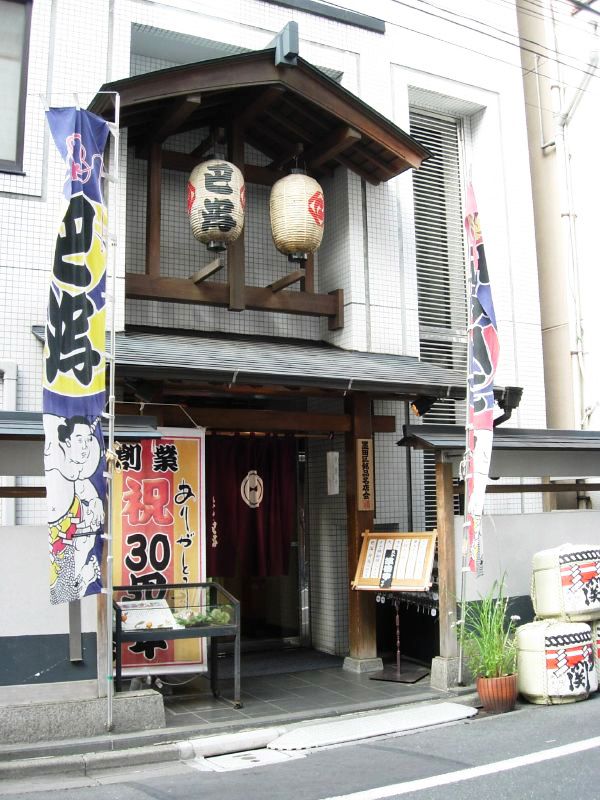 All wrestlers belong to heya or stables managed by oyakata who are former rikishi themselves. As well as training hard, it is important for wrestlers to maintain their weight with two large daily meals. Food for rikishi is known as chanko, of which the most famous is a kind of stew called chankonabe typically containing large amounts of vegetables with meat and fish. Each heya has its own recipe, which is handed down through the generations. The meals are generally prepared by lower-ranking wrestlers.

Many former wrestlers run restaurants, so visiting one of these for a bowl of chankonabe is a good way to get a taste of the sumō world. 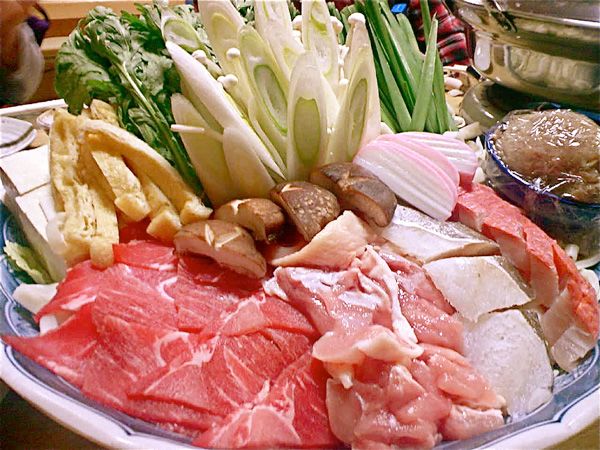 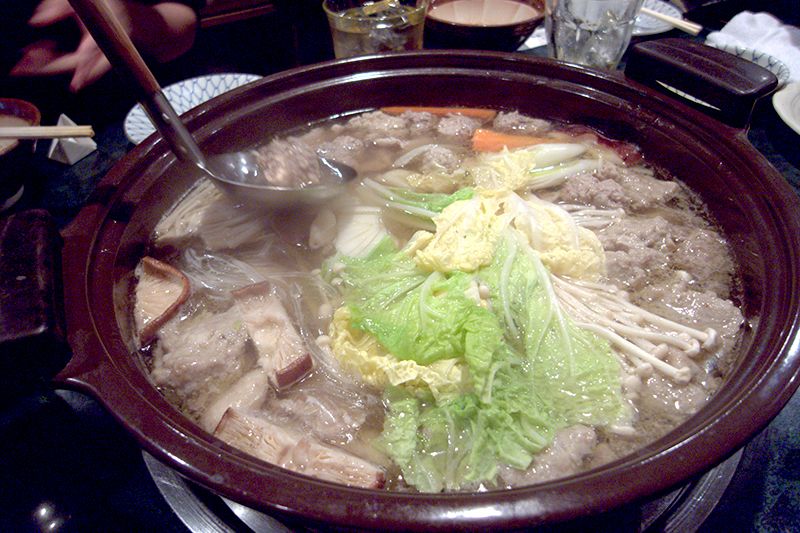