Culture Aug 8, 2015
The summer festival of Obon ranks alongside New Year in its importance in the Japanese calendar. It is a time when families get together to honor ancestors and visit their graves. And it is also known for the lively dancing of the bon odori.

One of Japan’s Most Important Customs

In the summer festival of Obon—sometimes called simply Bon, but often used with the honorific prefix—Japanese people welcome their ancestors’ spirits to their homes and provide them with offerings.

Obon is most commonly held between August 13 and August 16, although it is observed exactly one month earlier in some regions of Japan. Families pay tribute to their ancestors and visit the graves of deceased relatives, while in some areas there are long-established traditional dances known as bon odori. Many companies give employees days off for Obon in mid-August.

While the festival is particularly associated with Buddhism—in which tradition it is also known as Urabon’e­—it is observed in Shintō, too. The custom derives from a story about a disciple of the Buddha who made offerings to save his mother from torment in the realm of hungry ghosts (one of the traditional six realms of existence in Buddhism). Since the Edo period (1603–1868), Obon has become one of Japan’s most important customs, ranking alongside the New Year celebrations in the calendar of annual events.

Families light the way for ancestors, to ensure they are able to find their way to the family residence on the thirteenth, the first day of the festival known as Mukaebon. Originally, this was done through open fires, but now it is common to use lanterns with electric bulbs. 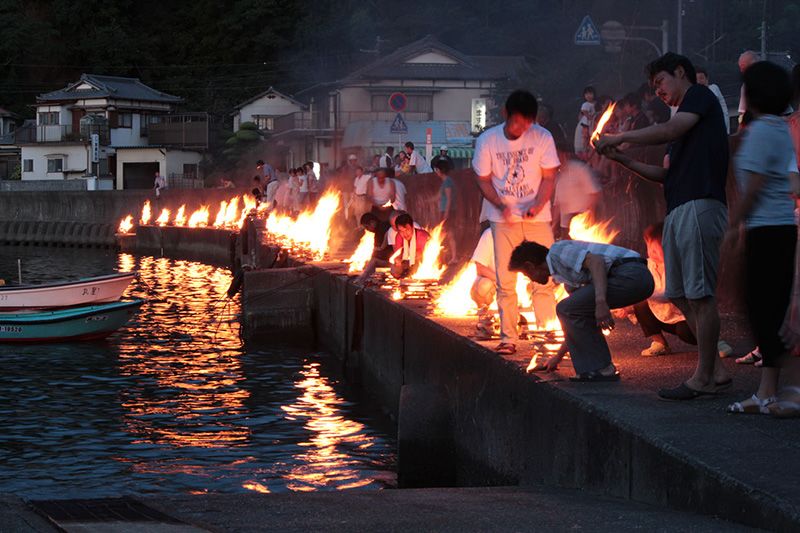 Special altars are also prepared, which customarily have a bamboo stalk at each corner with straw rope tied between them—some say this is to ward off evil spirits—and a hanging hōzuki plant resembling a lantern. On the altar families place small memorial tablets for the spirits of deceased relatives as well as offerings of seasonal fruit, vegetables, and flowers. 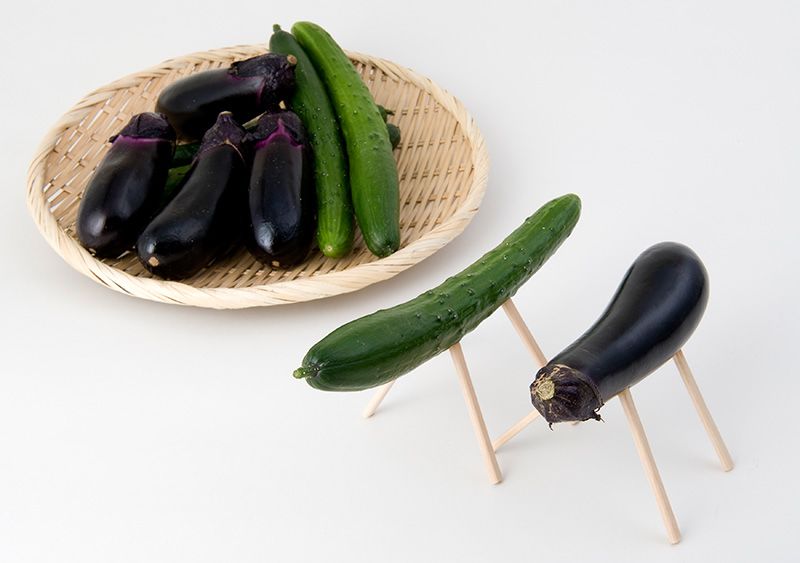 There are also representatives of spirit animals made from cucumber or eggplant—with wooden sticks for legs—to ferry ancestors to and from the realm of the dead. The cucumbers are said to be horses, to bring them quickly, and the eggplants cows, to take them back slowly.

On Okuribon—the sixteenth of the month—more fires light the spirits back to the netherworld. Most famously, bonfires are lit on five mountains near Kyoto on August 16 in the Gozan Okuribi, which attracts many tourists. And in some regions, people may float lanterns on the river or sea to guide the spirits, although this is becoming less common. 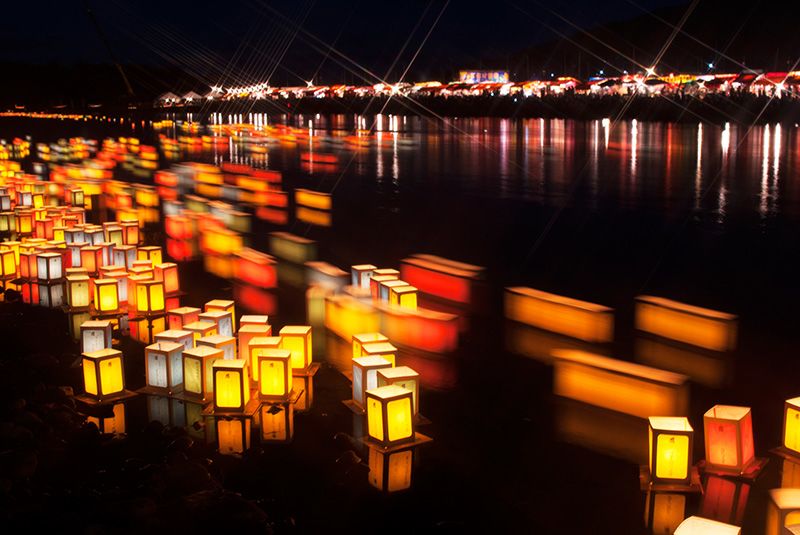 Floating lanterns at the Kinokawa Festival in Wakayama Prefecture. 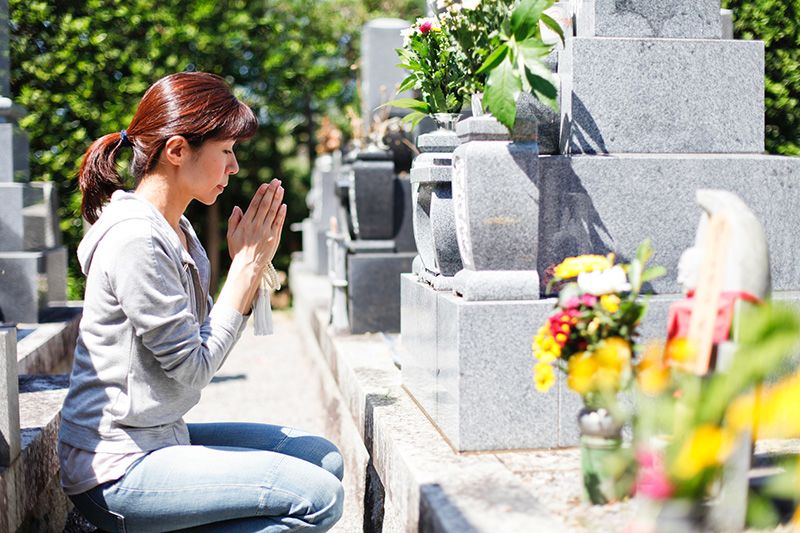 August 14 and 15, the peak of Obon, are taken as holidays by many Japanese people. And even though they are not national holidays, many people still take time off from work to return to their hometowns. Once there, they visit the graves of their relatives to clean the gravestones, place flowers, light incense, and make offerings.

Despite Obon’s somber associations, it is also known for the lively dancing of the bon odori, performed for the spirits. These dances still take place today at temples and in town squares, and many have gone beyond their original purpose to become popular summer festivals in their own right. Dancers may form circles around drummers playing on a central stage or move through the streets, depending on the local tradition. The Gujō Odori from Gifu Prefecture is a famous example of the former style, while Tokushima Prefecture’s Awa Odori is a well-known version of the latter.

In a survey conducted by Oricon Style, asking for respondents’ favorite bon odori songs, the top pick was “Sōran Bushi,” a folk song first sung by Hokkaidō fishermen that is now often learned at schools around Japan. Second place went to “Tōkyō Ondo” ahead of “Doraemon Ondo,” a modern version from the popular anime, in third place. 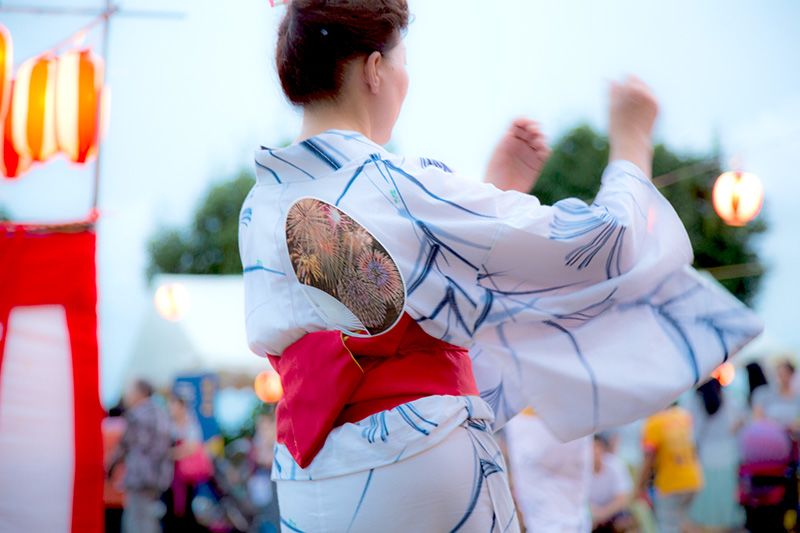 Bon odori dances are also performed in parts of South America settled by Japanese immigrants. One big gathering takes place in La Plata, Argentina, with more than 10,000 participants, whether of Japanese heritage or not, donning casual yukata robes to dance in circles.

The dances basically consist of a few simple repeated movements, so even beginners can feel free to join in. Many also just enjoy putting on a yukata and dancing to the beat of the drum.