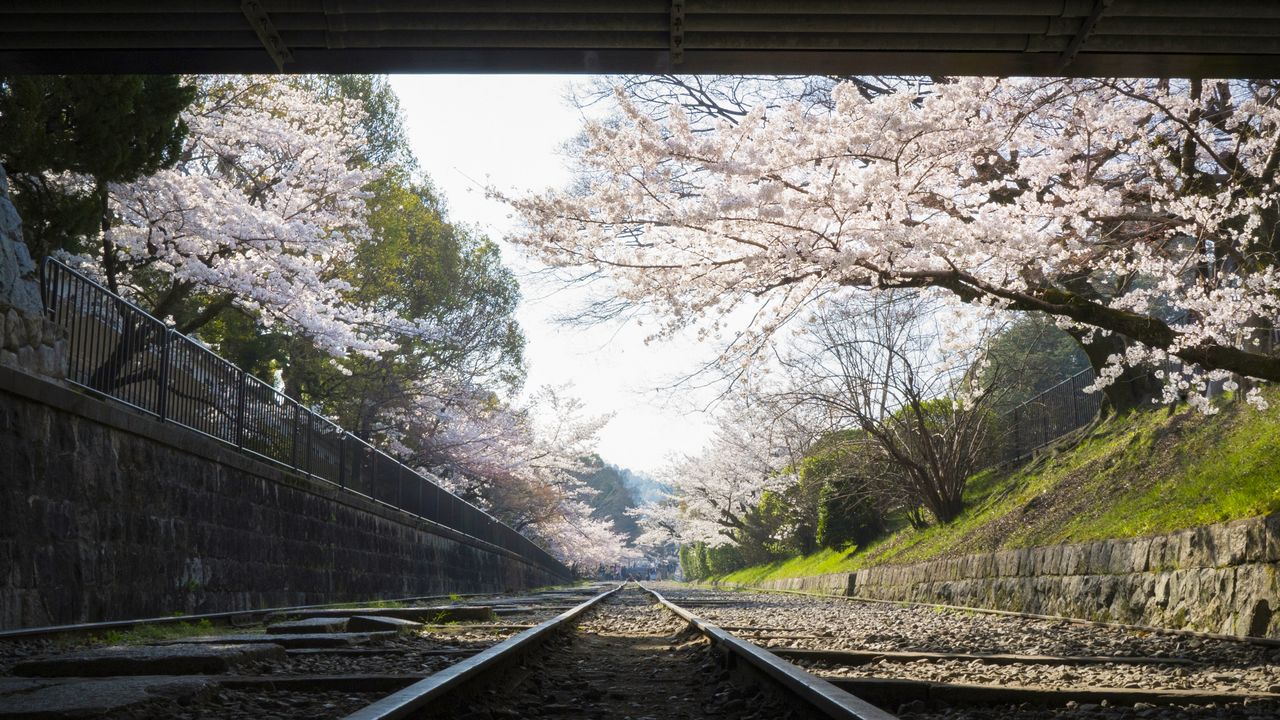 Travel Apr 10, 2019
Keage Incline (Sakyō-ku, Kyoto) is a disused cargo railway now open as a public space. It offers the perfect setting for leisurely strolls and, in spring, gorgeous cherry blossoms create a stunning contrast to the wistful old rail line running beneath them.

Cherries Along a Disused Railway

Keage Incline begins near Keage Station, on the Kyoto Municipal Subway’s Tōzai Line, and runs parallel with Niōmon-dōri almost to the temple Nanzenji. In spring, the 90 somei yoshino cherry trees of this popular blossom-viewing spot create a distinctive ambience for a stroll along the tracks. They begin to bloom in late March and are at their peak in early April. 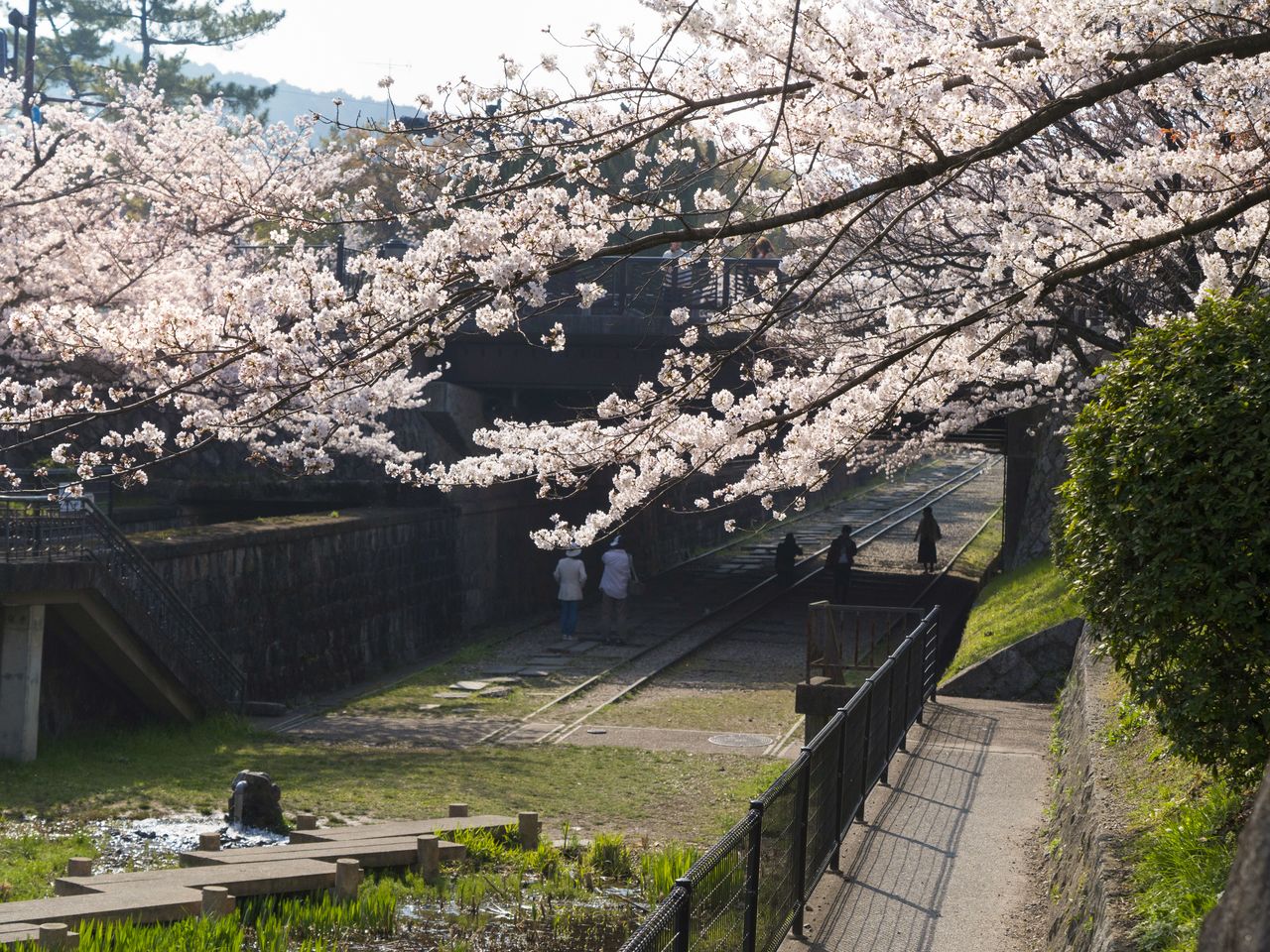 The entry to the Incline close to the Nanzenji intersection. 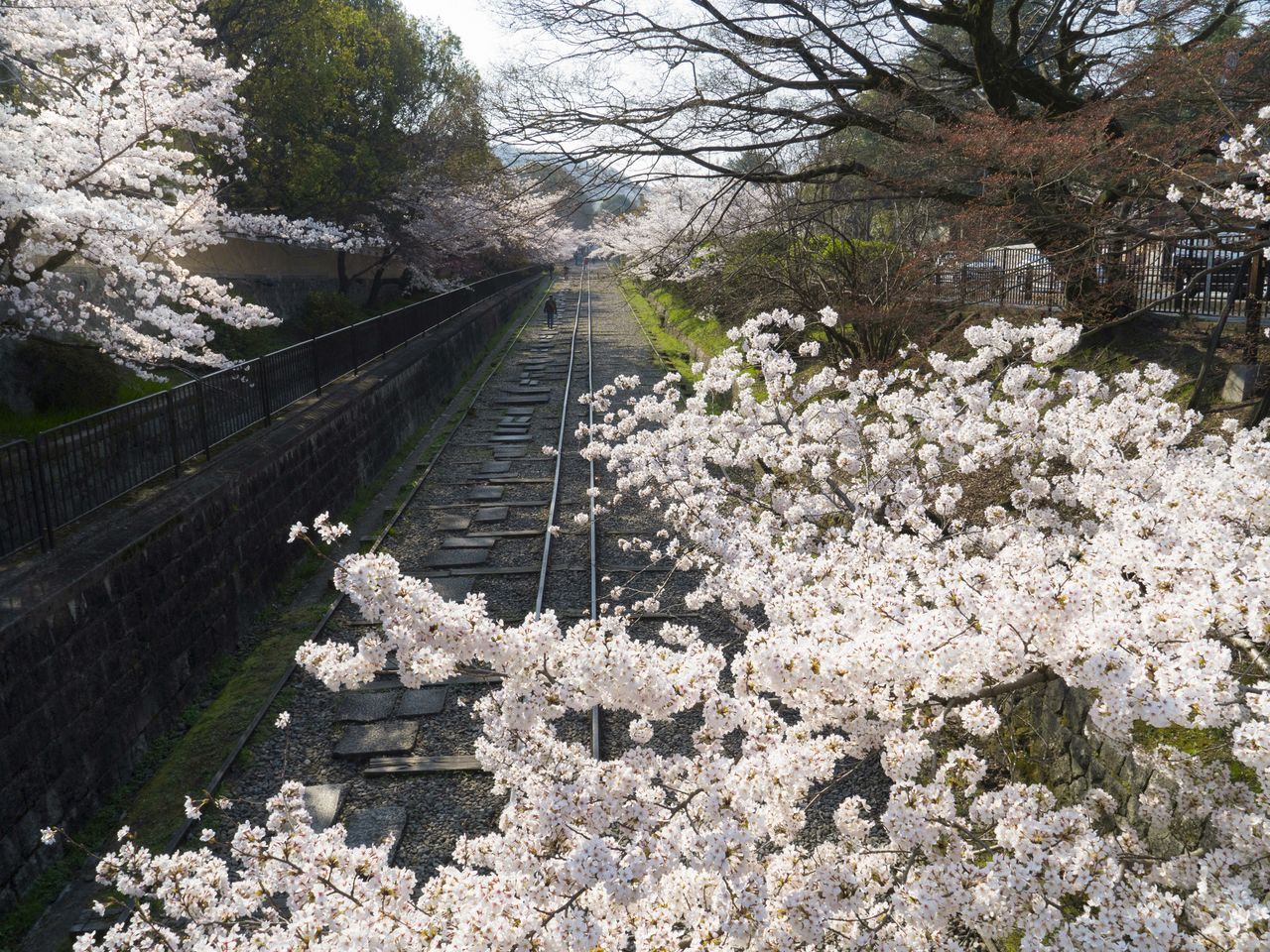 Lake Biwa Canal, constructed to bring water from Ōtsu (Shiga Prefecture) to Kyoto, was once used for cargo transportation. To overcome difficulties caused by a sharp difference in the ground level at Keage, an inclined railway was constructed in 1890, and trolleys were used carry boats between the waterways. The elevation changes 36 meters along the 582-meter length of the incline, making this the longest surviving example of such a line in the world. Shipping halted on the Lake Biwa Canal in 1948, but the rail line itself was later restored, including the installation of a trolley carrying a small cargo boat, known as a sanjikkoku-bune, which is still on display. Now the area is designated for its historical significance. 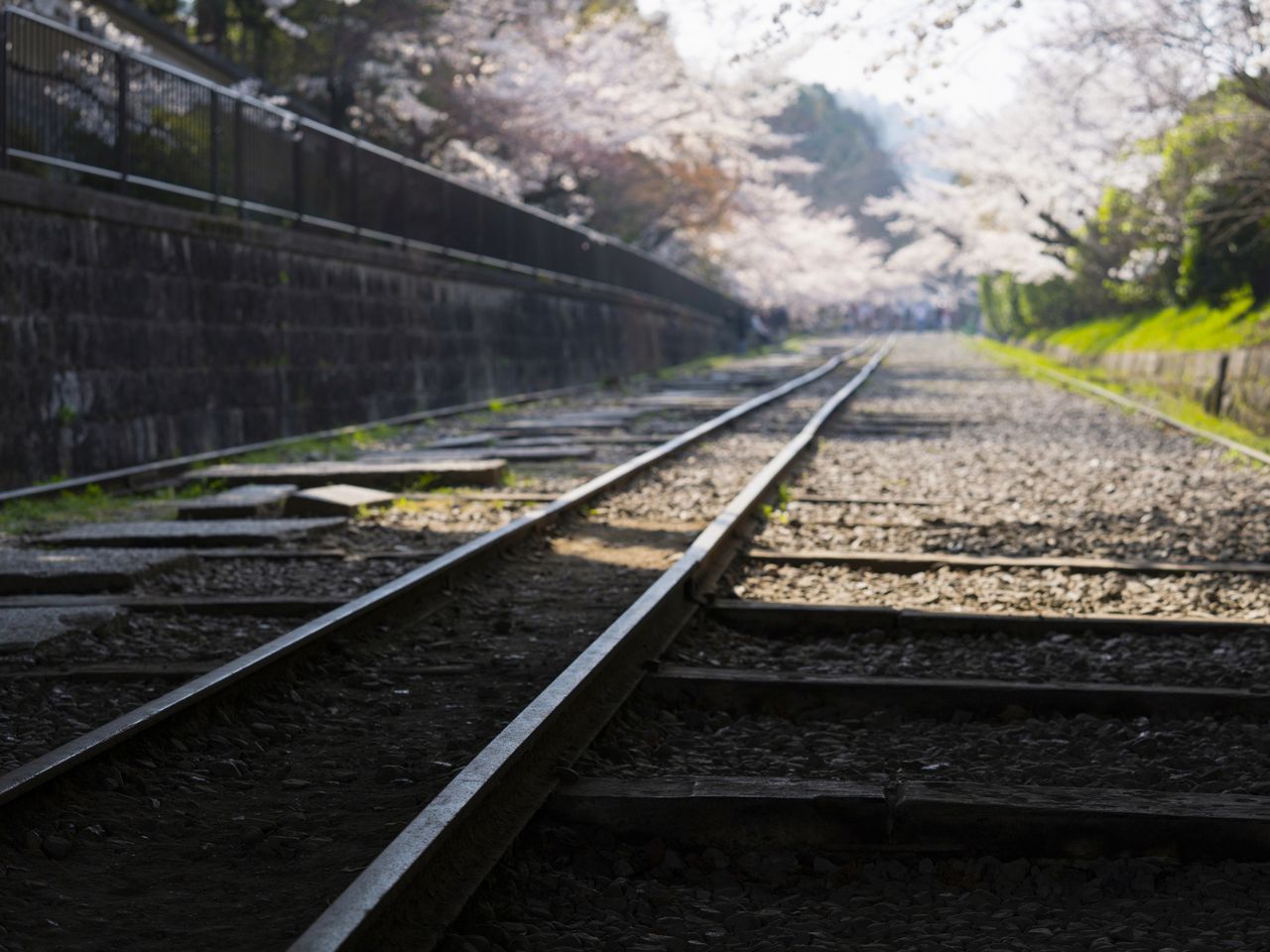 The disused line is a delightful walking spot. 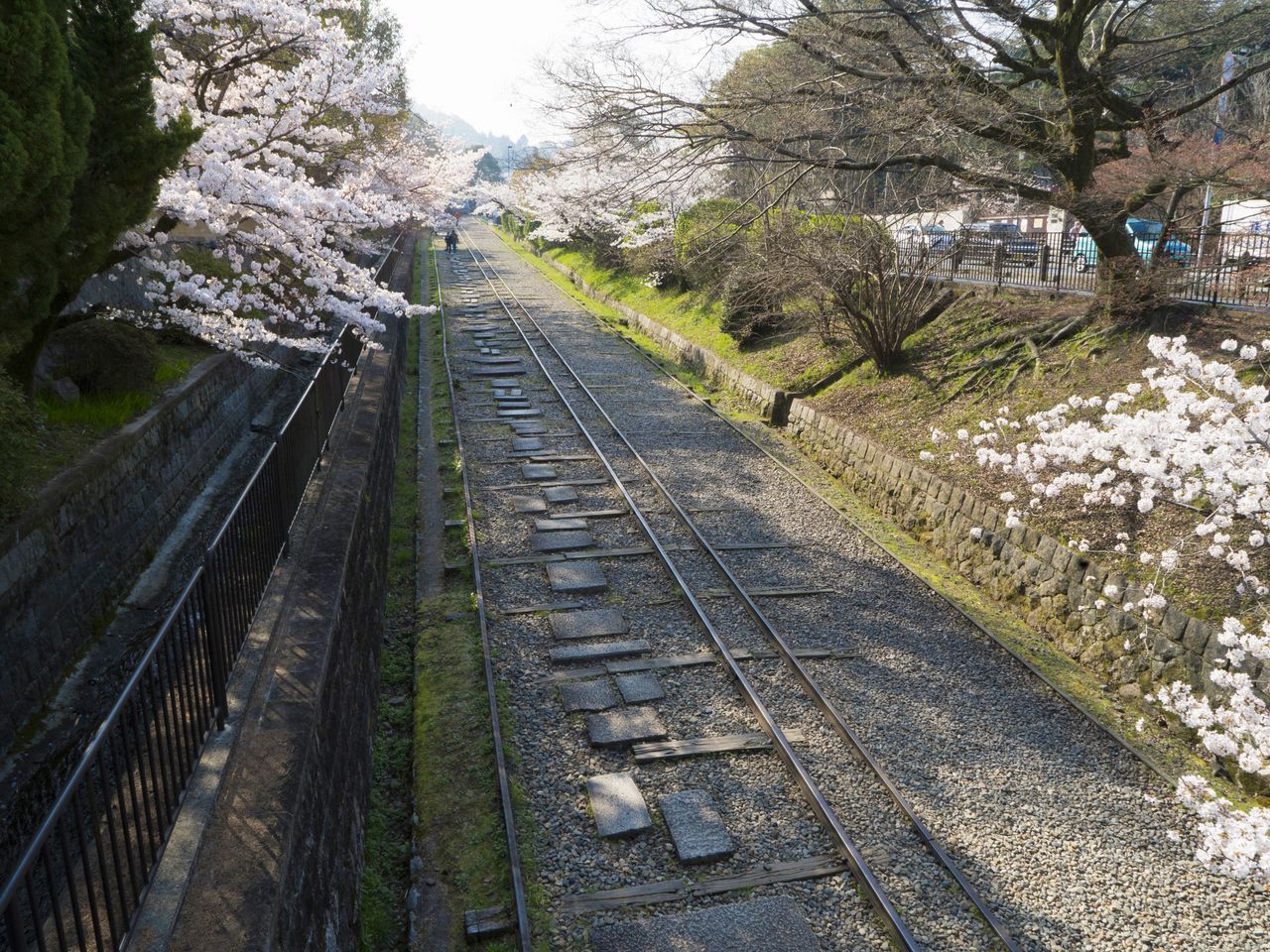 Stepping stones have been laid alongside the track for easier walking.

A Chance to Learn About the Canal

There are various access points to the Incline route and its archway of cherry trees, and entry is unrestricted, but the recommended starting point is the former anchorage, Keage Funadamari, near Keage Station. This is the highest point of the Incline, allowing for a relaxing saunter downhill toward Nanzenji. After the unique experience of blossom-viewing along the railway, there are opportunities to learn more about the history of the canals at the nearby Biwakososui Museum, or by visiting the brick aqueduct (Nanzenji Suirokaku) inside the temple grounds at Nanzenji. 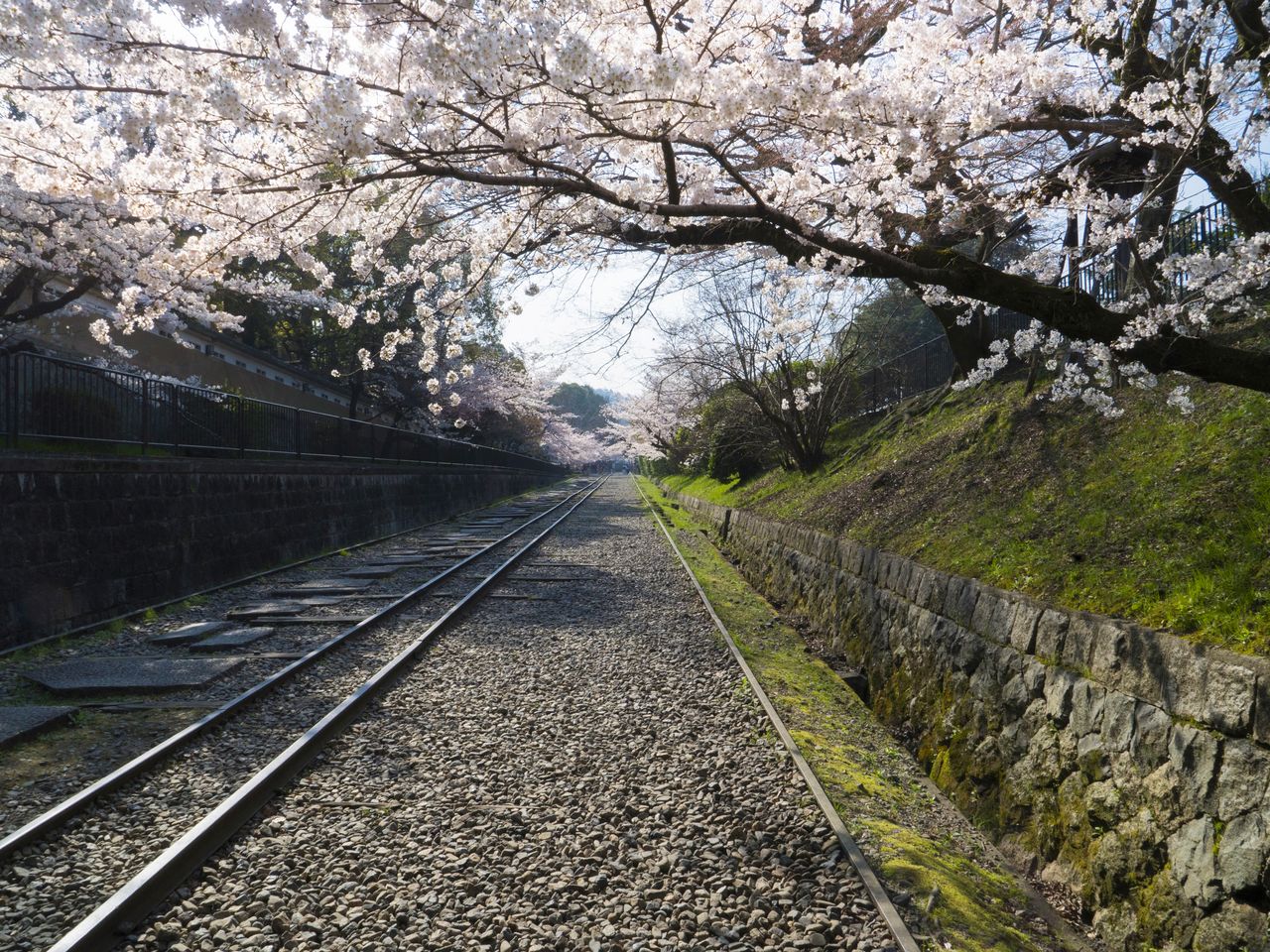 The disused track passes through a tunnel of blossoms. 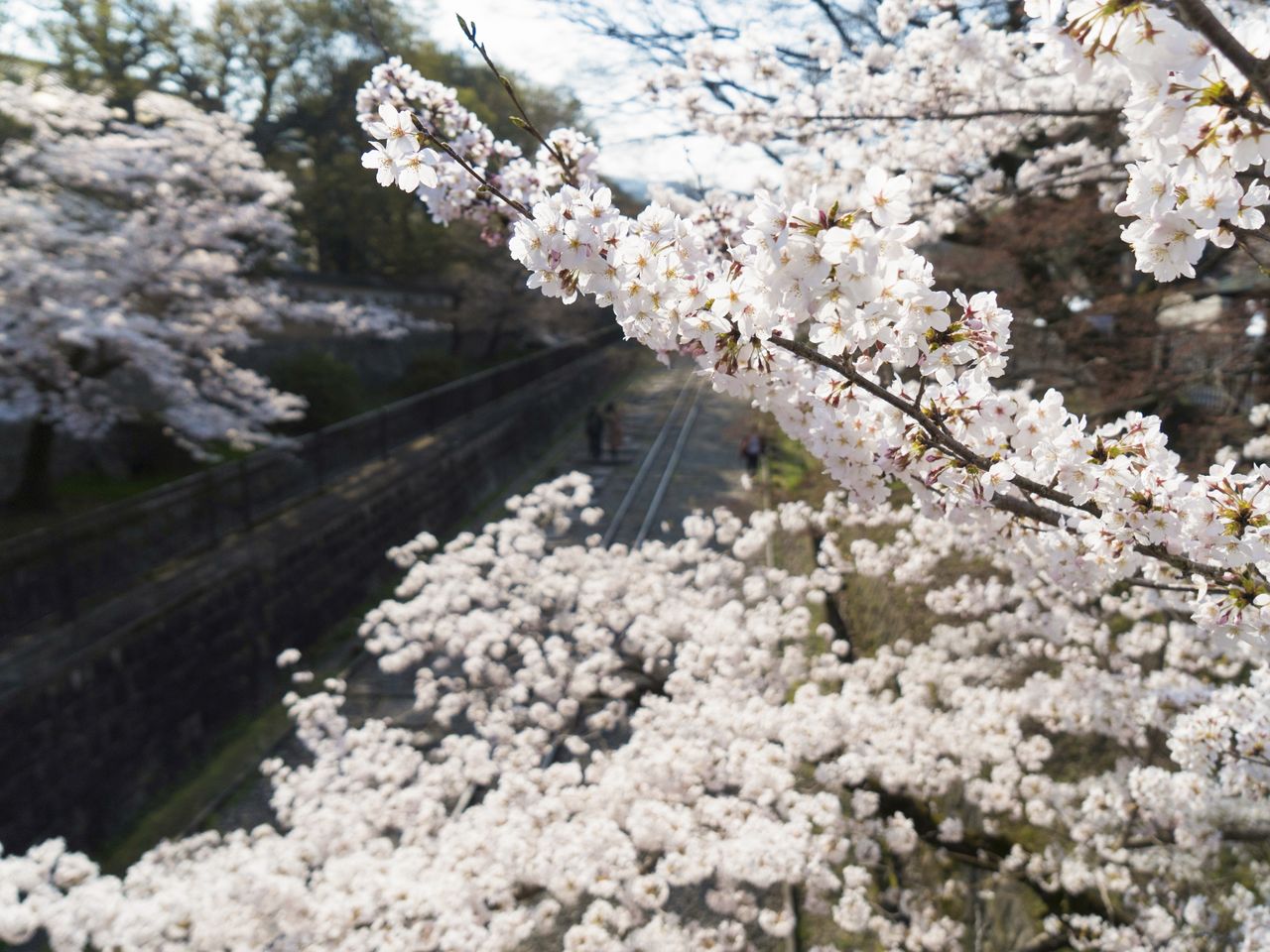 Access: The Incline is a two-minute walk from Keage Station (Exit 1) on the Kyoto Municipal Subway Tōzai Line.