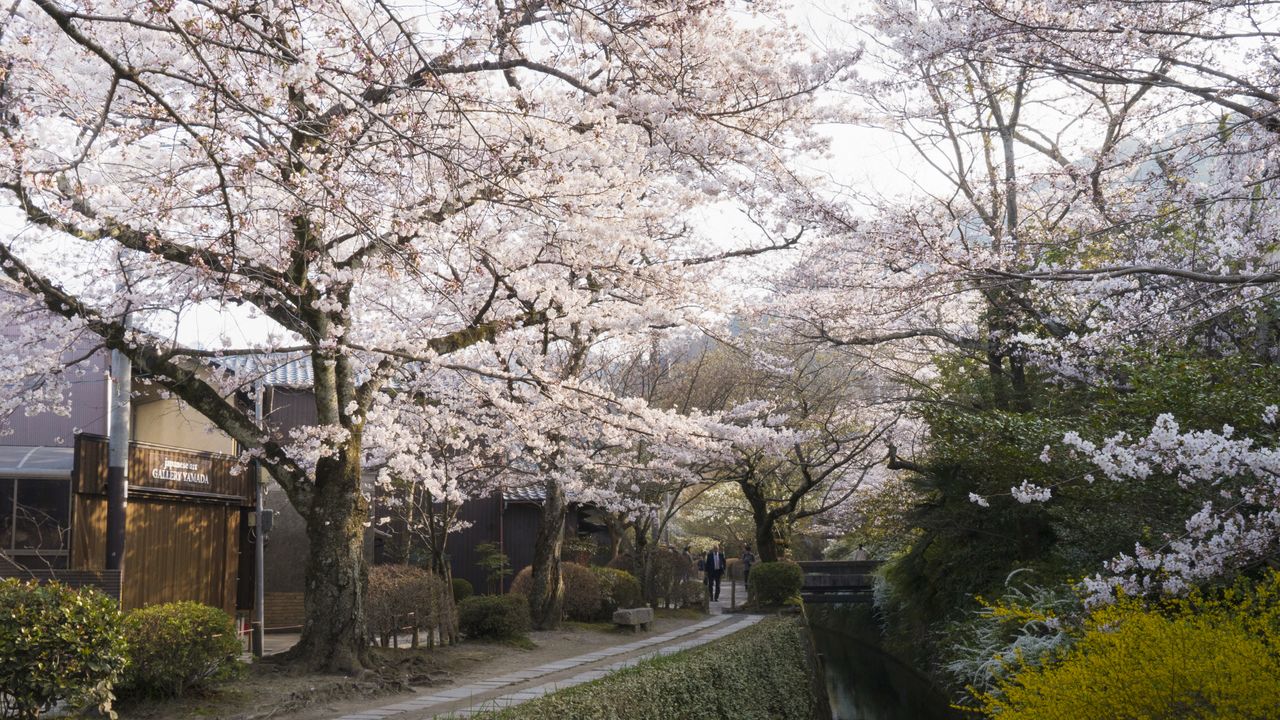 Travel May 6, 2019
The Philosopher’s Walk meanders along a branch of the Lake Biwa Canal system in Kyoto’s Sakyō-ku. In spring the walkway is covered by a delicate pink canopy of cherry blossoms. A stroll under the trees takes you to Kumano Nyakuōji Shrine, also well worth a visit.

A Glorious Canopy of Cherry Blossoms

The Philosopher’s Walk is a delightful strolling path once favored by scholars like Nishida Kitarō and Tanabe Hajime, both members of the famous Kyoto School, a philosophical movement with Kyoto University roots. In spring, people flock to the walkway to enjoy its more than 500 somei yoshino cherry trees as they burst into bloom. 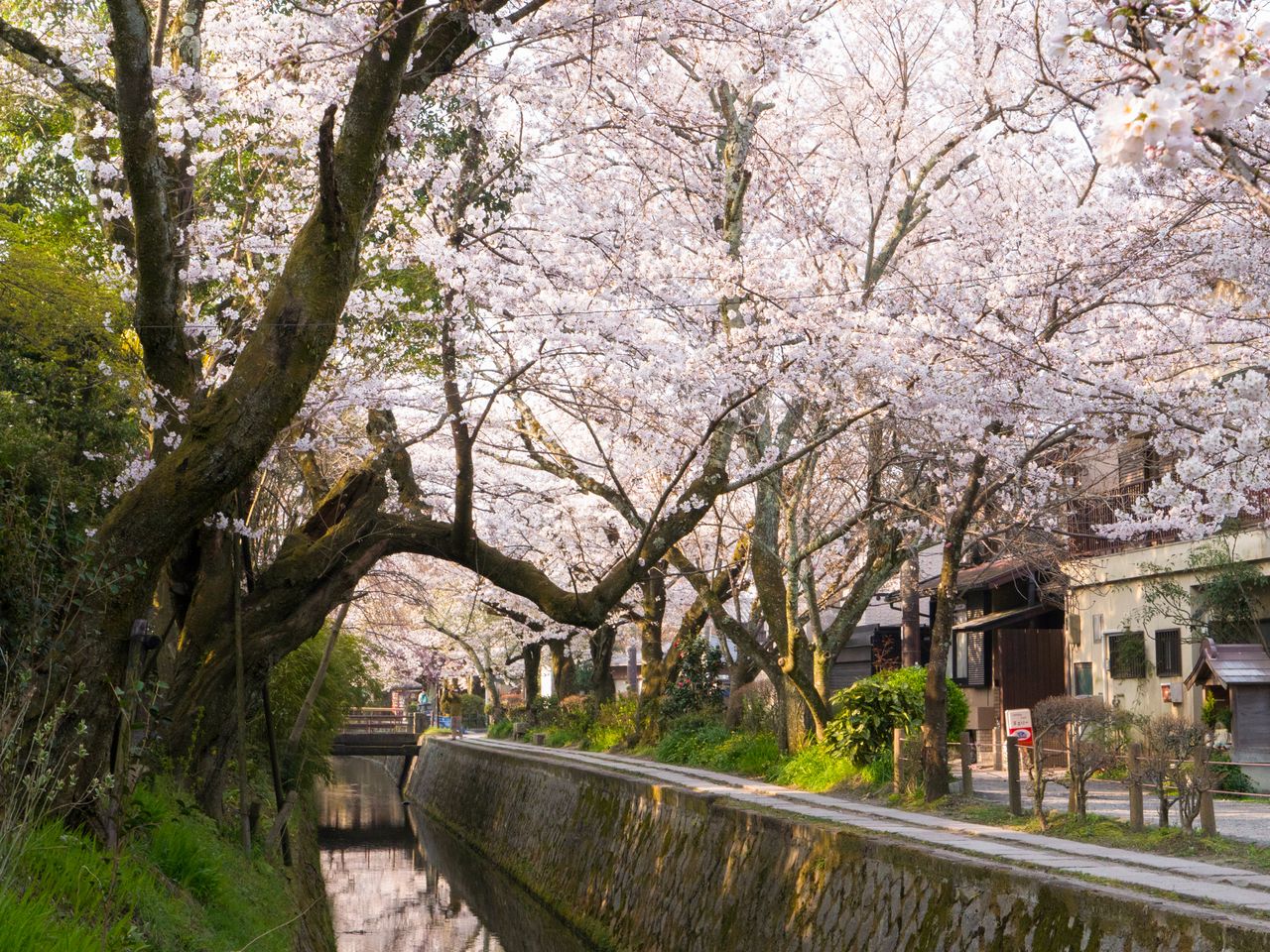 Small stone bridges add to the scenic view of the canal and cherry blossoms.

The Philosopher’s Walk extends roughly 2 kilometers from the Ginkakuji Silver Pavilion to the area around the Kumano Nyakuōji shrine, winding its way along one of the two canals in the Lake Biwa Canal system. Originally just a simple path for canal maintenance, the Philosopher’s Walk gradually became a favorite site for cool strolls along the waterway. It is located near Kyoto University in an area that has been home to numerous scholars and other members of the cultured elite since the Meiji era (1868–1912). The luminaries associated with this area of the ancient capital have given the walkway various names, including Path of the Literary, the Path of Speculation, and the Path of Philosophy. The name “Philosopher’s Walk” took hold in 1969, when a movement arose to preserve the canal route. Today the stone-lined path is counted among Japan’s top scenic walks. 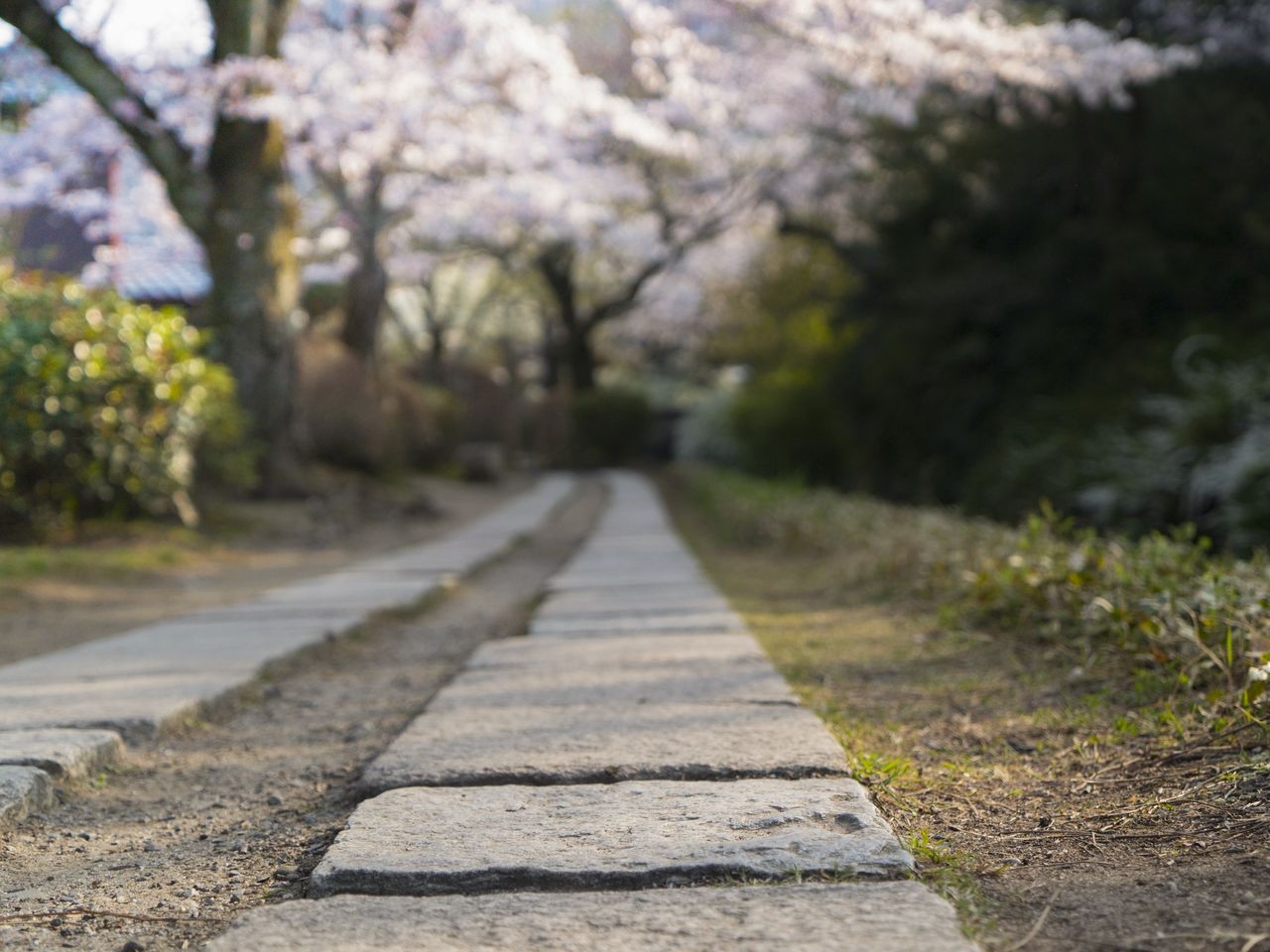 The Philosopher’s Walk was paved with stones in 1987.

The row of cherry trees along the walk was started by the painter of nihonga, traditional Japanese works, Hashimoto Kansetsu (1883–1945) and his wife when they planted some saplings along the route near their home in 1922. Some people still refer to the cherry trees as the Kansetsu-zakura. As you walk along the path, you will find yourself pausing at the many old stone bridges spanning the canal to feast your eyes on the soft pink canopy of blossoms above and the refreshing bright green of the grasses in the clear flowing water below. 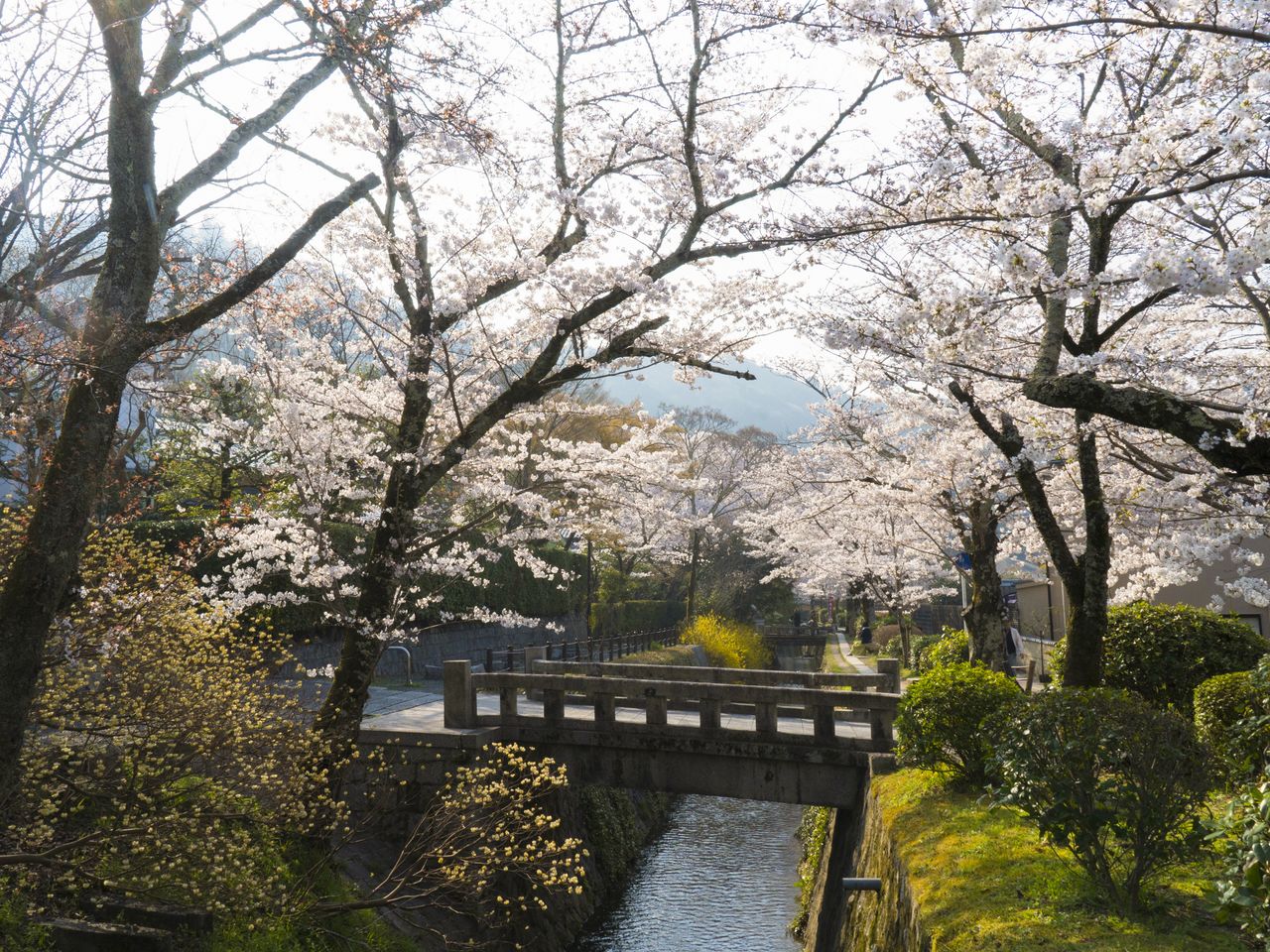 Occasional bridges spanning the canal provide a pleasing accent to the splendor of the blossoms above. 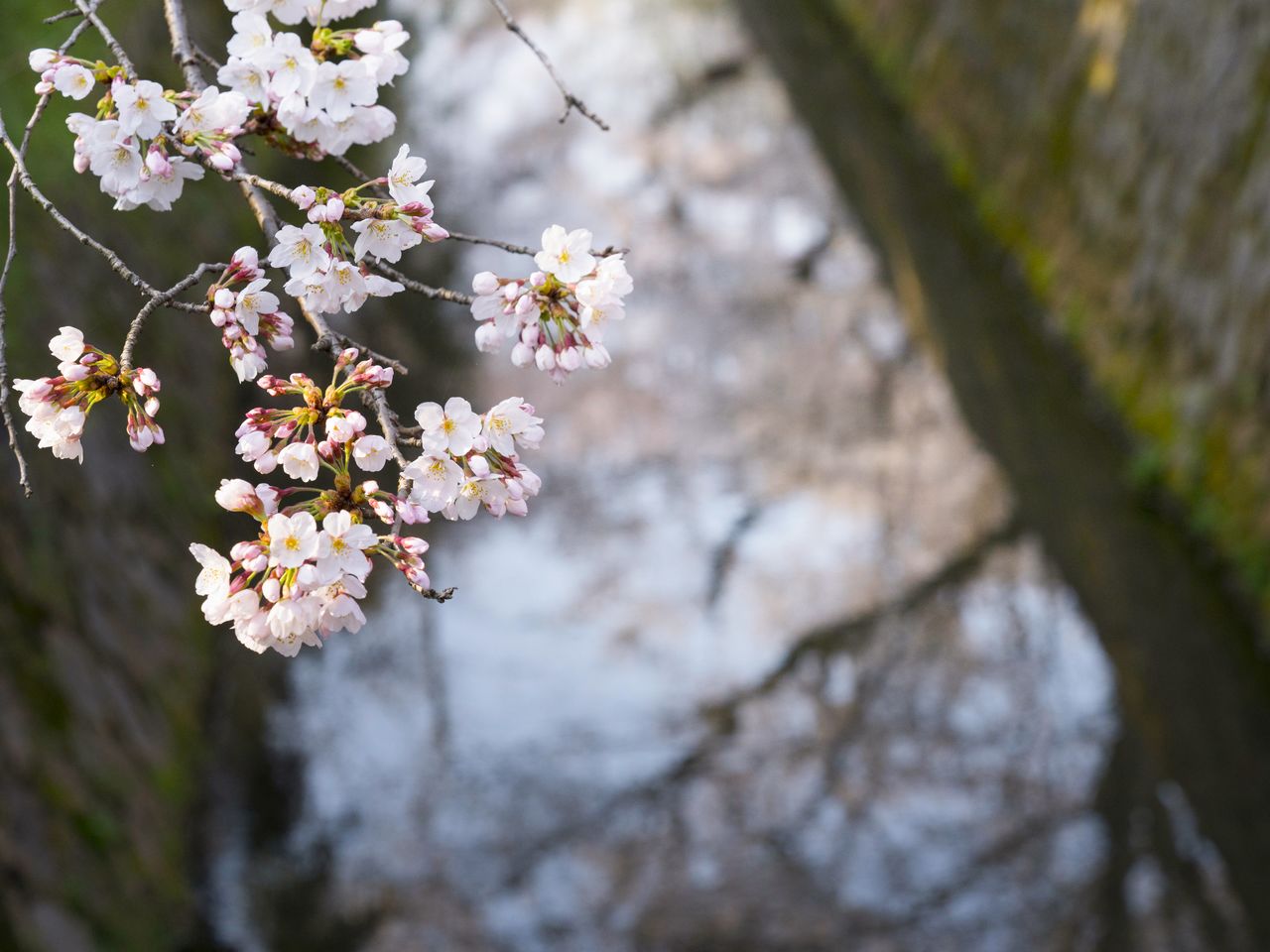 Branches dip low over the canal as if to admire their reflections.

Kumano Nyakuōji Shrine, marking the southern end of the Philosopher’s Walk, was built in 1160 by the retired emperor Go-Shirakawa (1127–92; r. 1155–58) to commemorate the Kumano Gongen, three sacred mountains believed to be incarnations of the Buddha. The shrine is famous for its cherry blossoms and was used as a site for hanami parties by Ashikaga Yoshimasa (1436–90), the eighth shōgun of the Ashikaga shogunate.

The cherry trees inside the shrine compound are indeed gorgeous, but you may also want to climb the steps on the east side of the shrine and make your way along the mountain path to enjoy the bright pink blossoms in the Ōkaen grove of yōkō cherry trees. 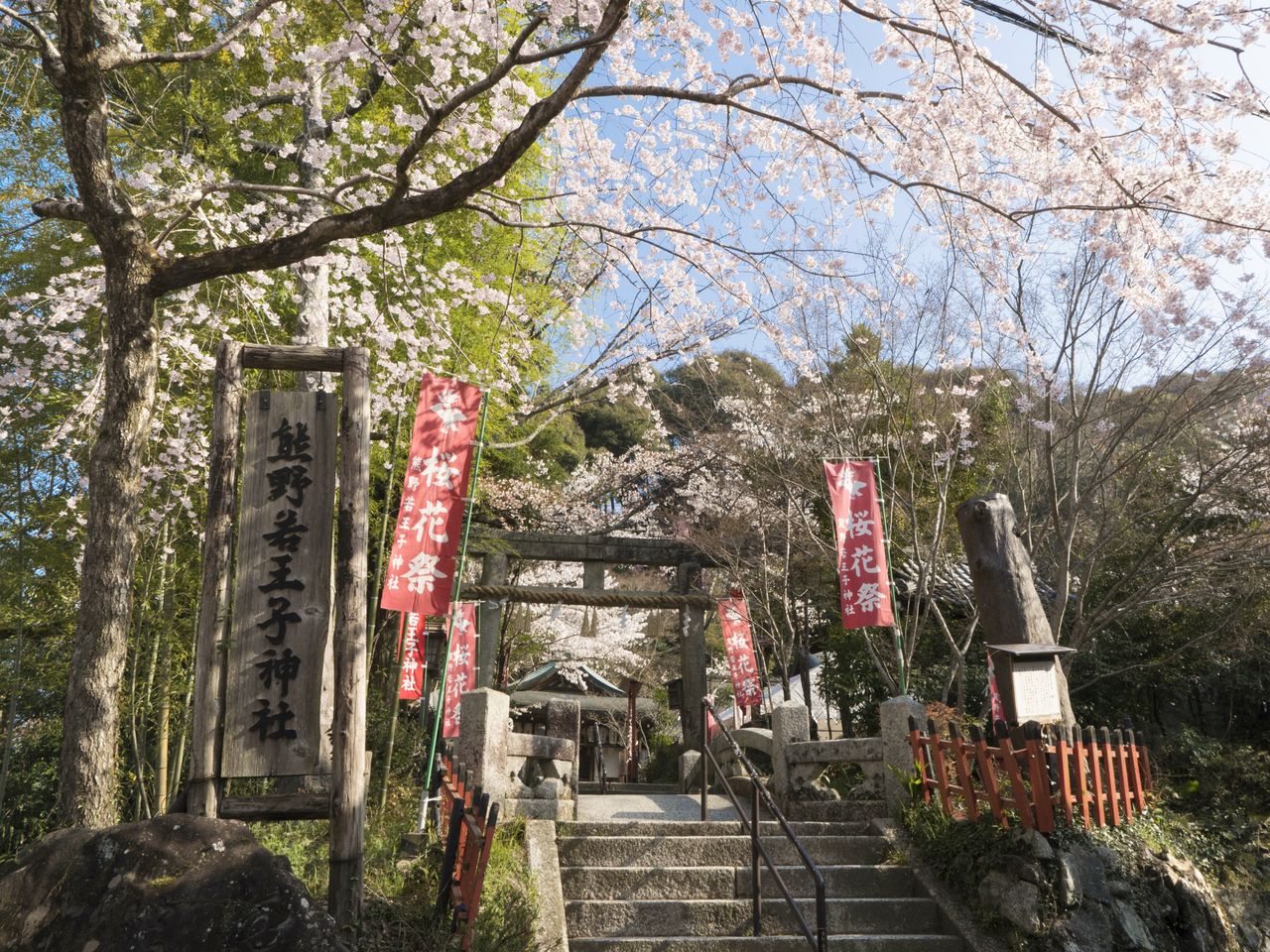 Kumano Nyakuōji Shrine is located near the southern end of the Philosopher’s Walk. 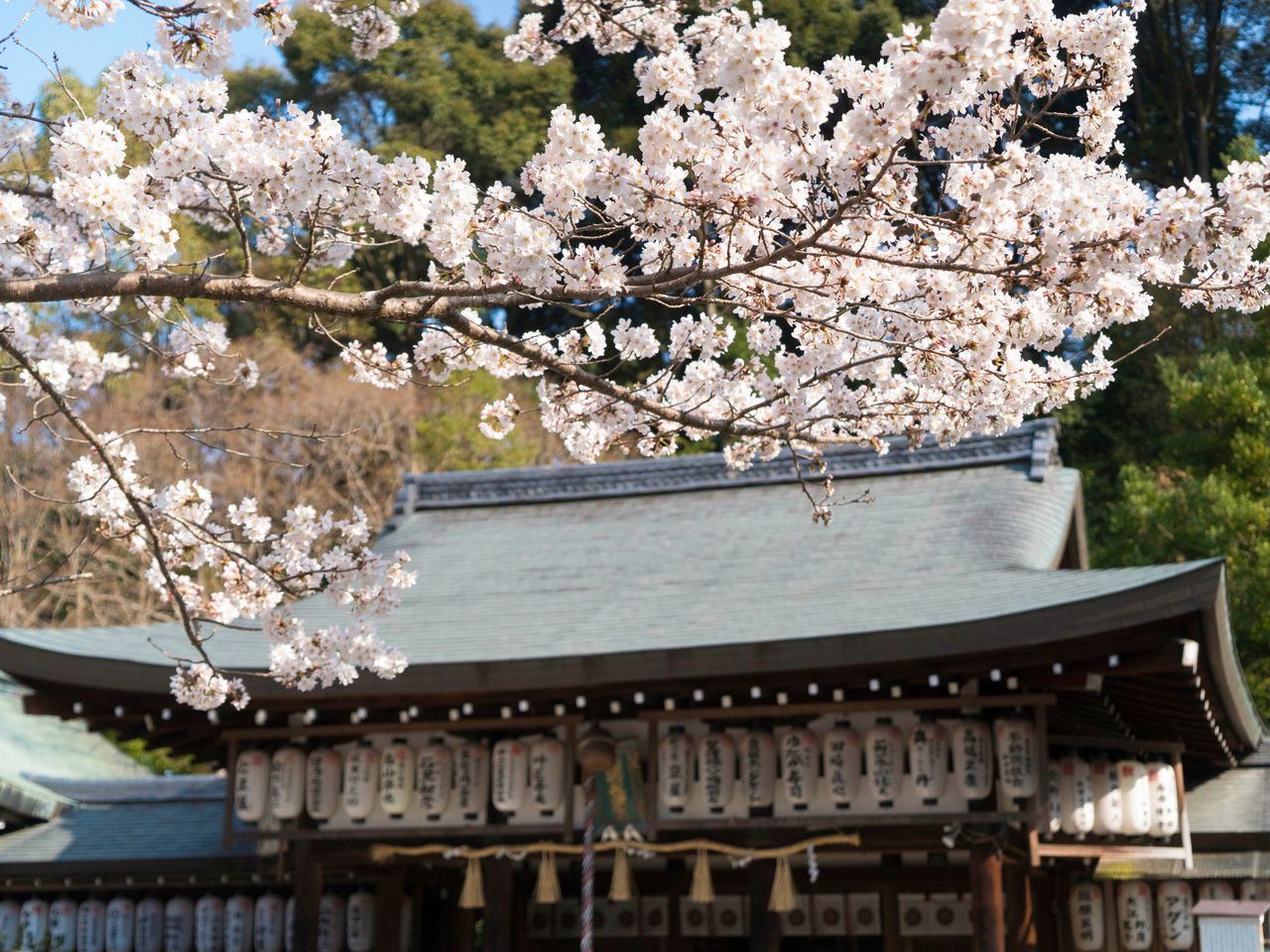 Cherries lend their color to the shrine’s main hall. The Ōka Matsuri held here every year on the first Sunday of April is a celebration of the blossoms. 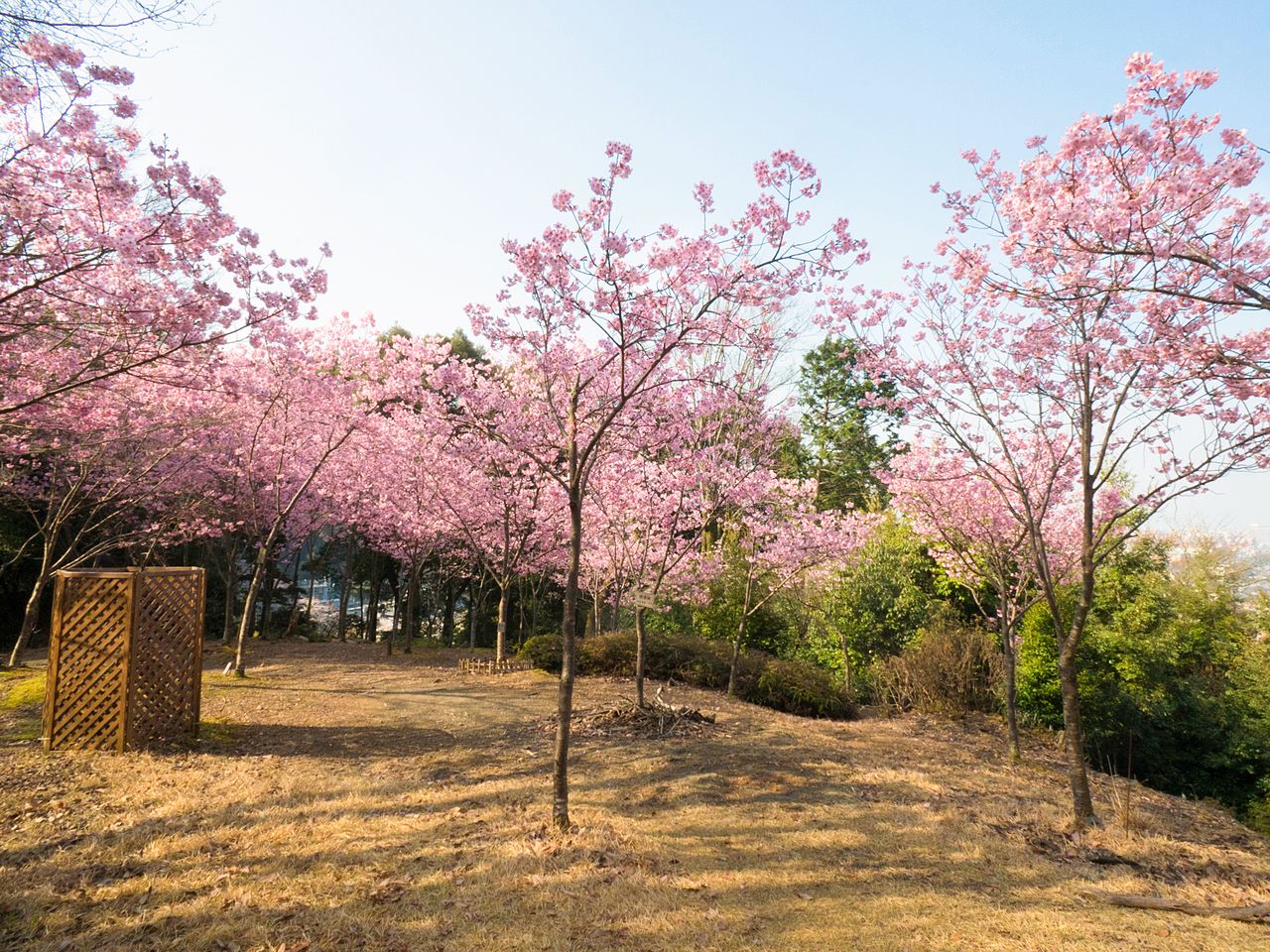 The Ōkaen grove of yōkō cherries covers the hillside in pink glory.