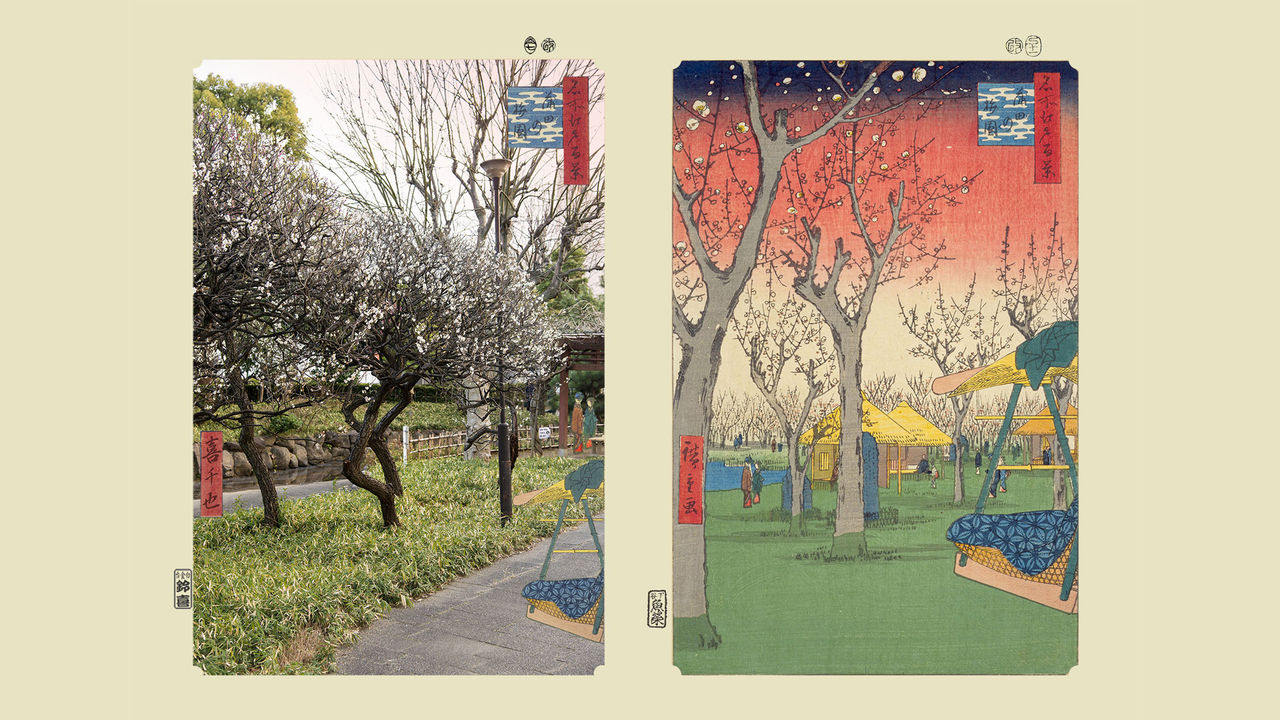 Plum Trees Past and Present: “Plum Garden at Kamata”

Apr 24, 2018
Hiroshige’s One Hundred Famous Views of Edo includes two pictures of plum gardens: “Plum Estate at Kameido” and “Plum Garden at Kamata.” In this installment we visit the garden in Kamata, which rose to fame in the later part of the Edo period (1603–1868) and still survives today.

A Garden Fit for an Emperor

Seiseki Kamata Umeyashiki Park is in the Kamata district of Ōta, Tokyo, not far from Umeyashiki Station on the Keikyū Line. Tradition holds that local merchant Yamamoto Kyūzaburō, a hawker of patent medicine for travelers, founded the garden during the Bunsei era (1818–31) when he planted plum trees around a teahouse he built alongside his store.

The lively scene depicted by Hiroshige suggests that Yamamoto’s trees attracted quite a crowd when in bloom. Stone monuments bearing poetic inscriptions selected by the haiku-loving Yamamoto as well as milestones are seen scattered among the blossoming plums. Many of these markers still stand today. Emperor Meiji visited the park about 10 years after Hiroshige produced the wood-block print and found it so much to his liking that he returned many times thereafter. In honor of this imperial patronage, the term seiseki (literally “sacred place”) was added to the park’s name.

I snapped this photograph on a February evening just as the sky above the blossoming plum trees began to redden. Although developments like the expansion of National Route 15 have made the park smaller than in Hiroshige’s day, the pond, stone monuments, and wisteria arbor above the benches all evoke the atmosphere of the original print. 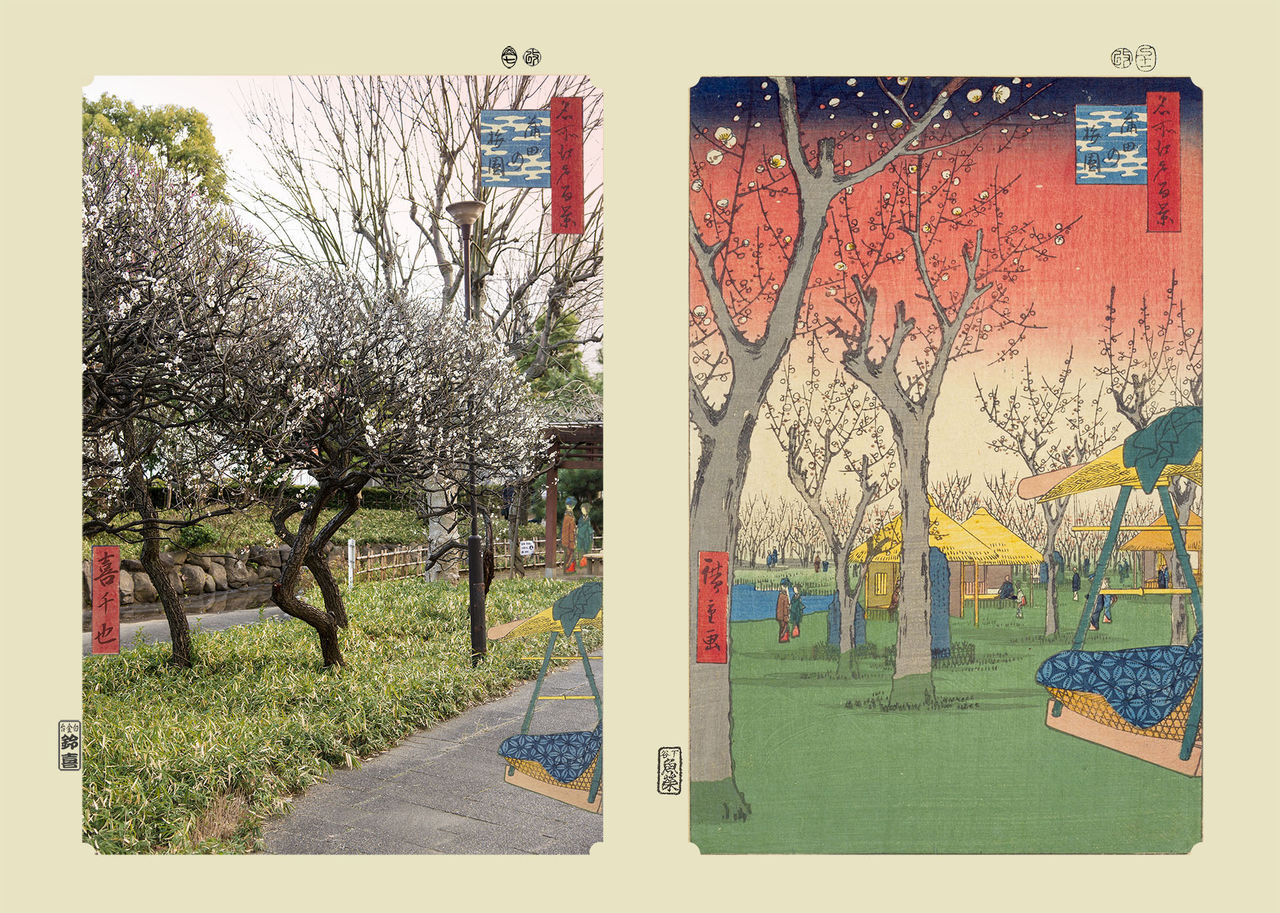 In the late Edo period, Kamata’s Umeyashiki plum garden was considered alongside the famous plum orchard of Kameido as one of the finest plum blossom viewing spots in the city. Today, part of it still survives as Seiseki Kamata Umeyashiki Park. The property originally belonged to the Yamamoto Kyūzaburō, a merchant who sold a patent medicine known as wachūsan—said to be effective against food poisoning, heatstroke, and other ailments—to travelers passing by on the nearby Tōkaidō highway. Local vendors of the remedy, of which there were several, each maintained their own teahouse to help lure customers. Yamamoto’s teahouse, built of the finest plum wood, is said to have been particularly popular.