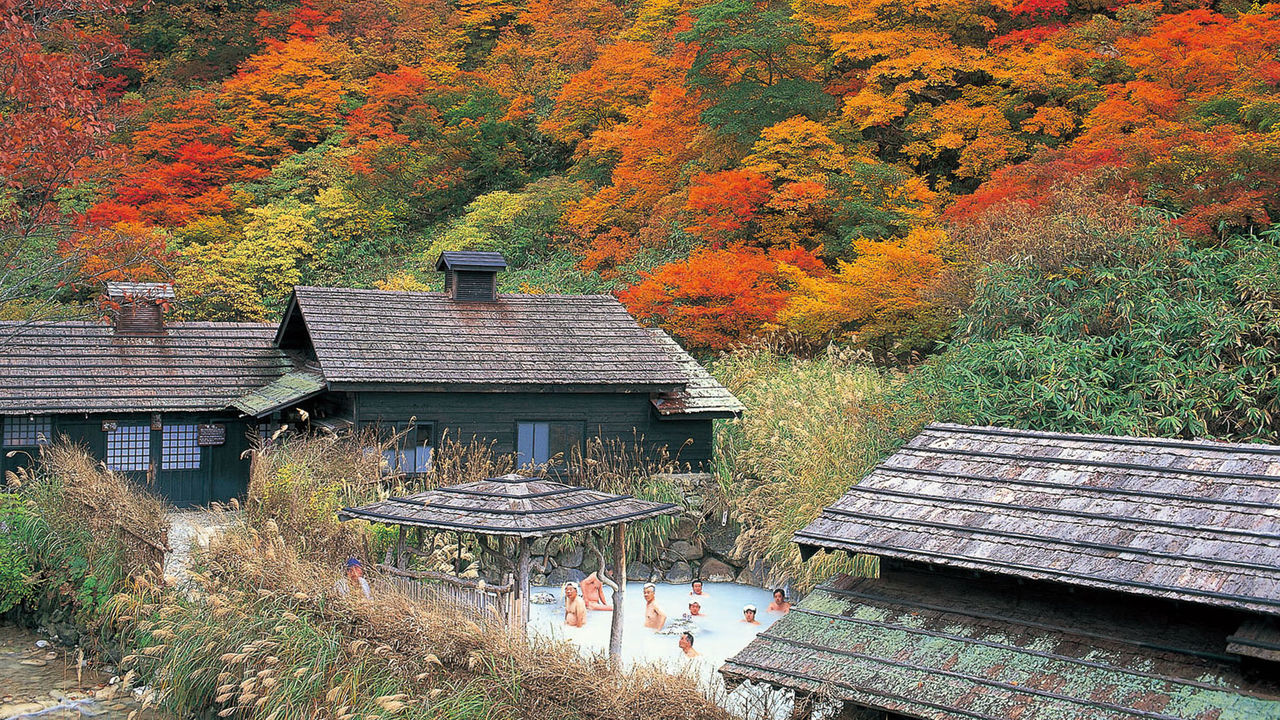 Akita’s Nyūtō Onsenkyō: Hot-Spring Bathing in the Beauty of the Forest

Apr 14, 2018
The eight distinctive hot spring inns in this Akita Prefecture destination all boast their own different spring sources. Open-air bathing in the pristine natural surroundings is a sublime way to get your fill of river and forest views while you soak.

The Nyūtō Onsenkyō, or onsen village, lies in the valley of the Sendachi River, which flows into Lake Tazawa in the northern foothills of Akita’s Mount Komagatake. Since the site lies to the west of 1,478-meter tall Mount Nyūtō, which gave the hot springs flowing here their name in the postwar years. The Tashirotai high-altitude wetlands near the summit of Mount Nyūtō—whose name, literally meaning “nipple,” comes from the shape of its peak—are a day-hike away from Nyūtō Onsenkyō. 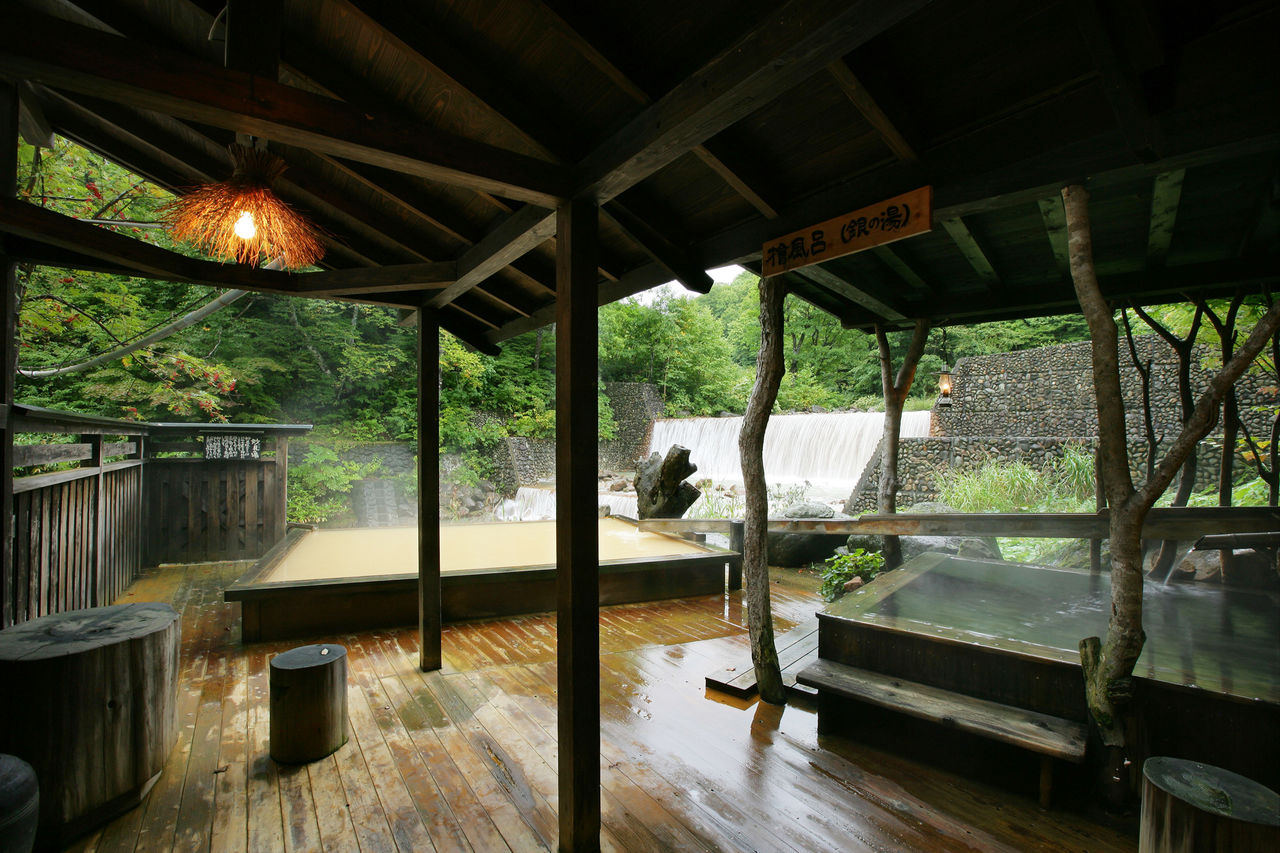 Taenoyu’s covered outdoor spring and the murky waters of an open-air bath. 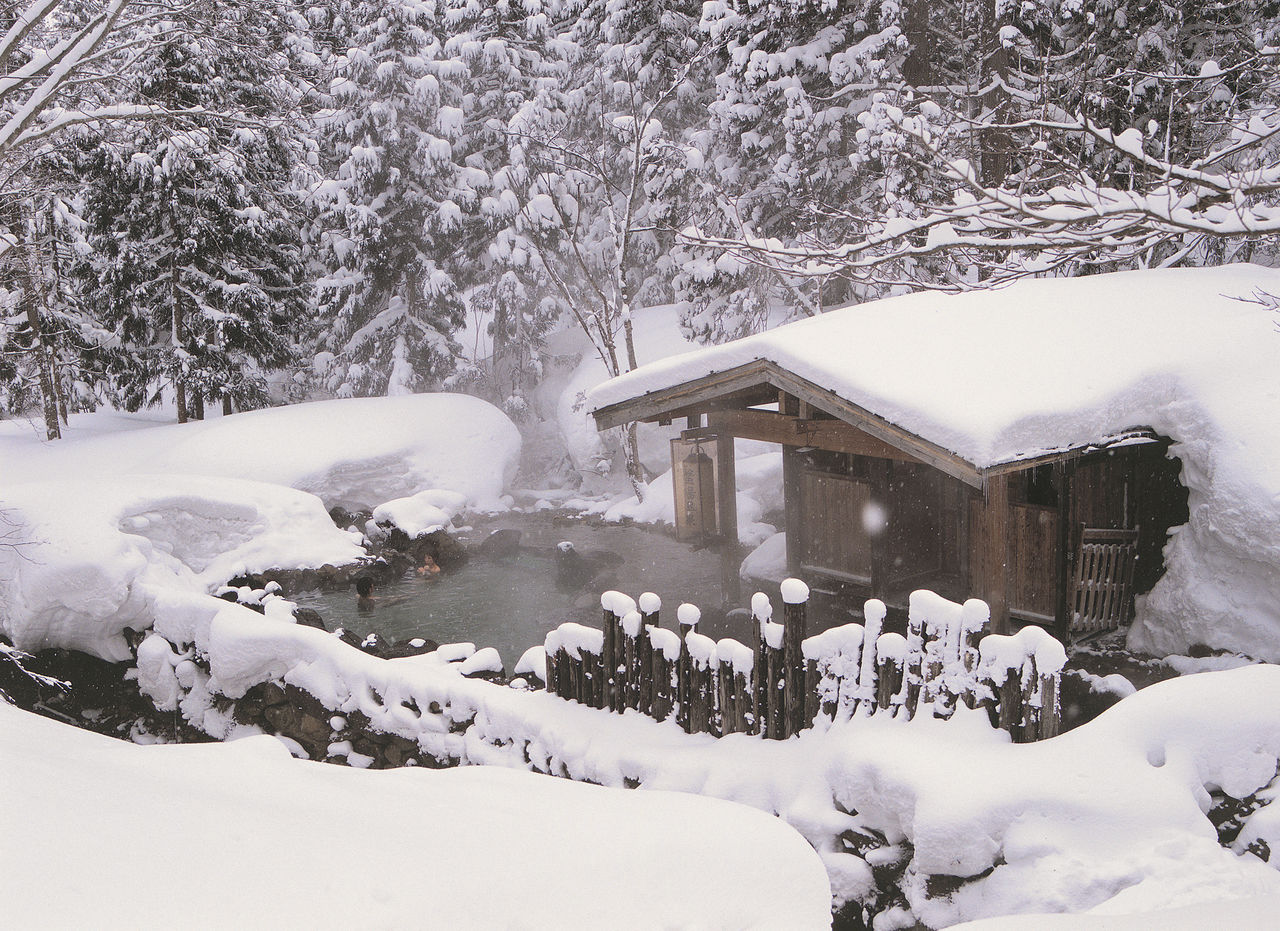 The Kaniba hot spring in winter.Nyūtō Onsenkyō is a collection of seven hot spring inns—Tsurunoyu Onsen, Taenoyu, Ōgama Onsen, Kaniba Onsen, Magoroku Onsen, Kuroyu Onsen, and Kyūkamura Nyūtō Onsenkyō—clustered along the rushing waters of the Sendatsu River. An eighth inn, Tsurunoyu Bekkan, is situated further up in the mountains. Each of these inns, nestled in a primeval forest, has its own hot spring source, and all offer different styles of baths and bathing experiences.

Visitors can enjoy each inn’s distinctive style. Tsurunoyu Onsen, for example, is reached by crossing a suspended bridge, while Taenoyu features “Japanese modern” décor. Ōgama Onsen is housed in a former school transplanted to its present location, Kuroyu Onsen is surrounded by groves of Japanese beech, and Magoroku Onsen has several different baths. Finally, Kaniba Onsen is situated in the very farthest reaches of the forest. 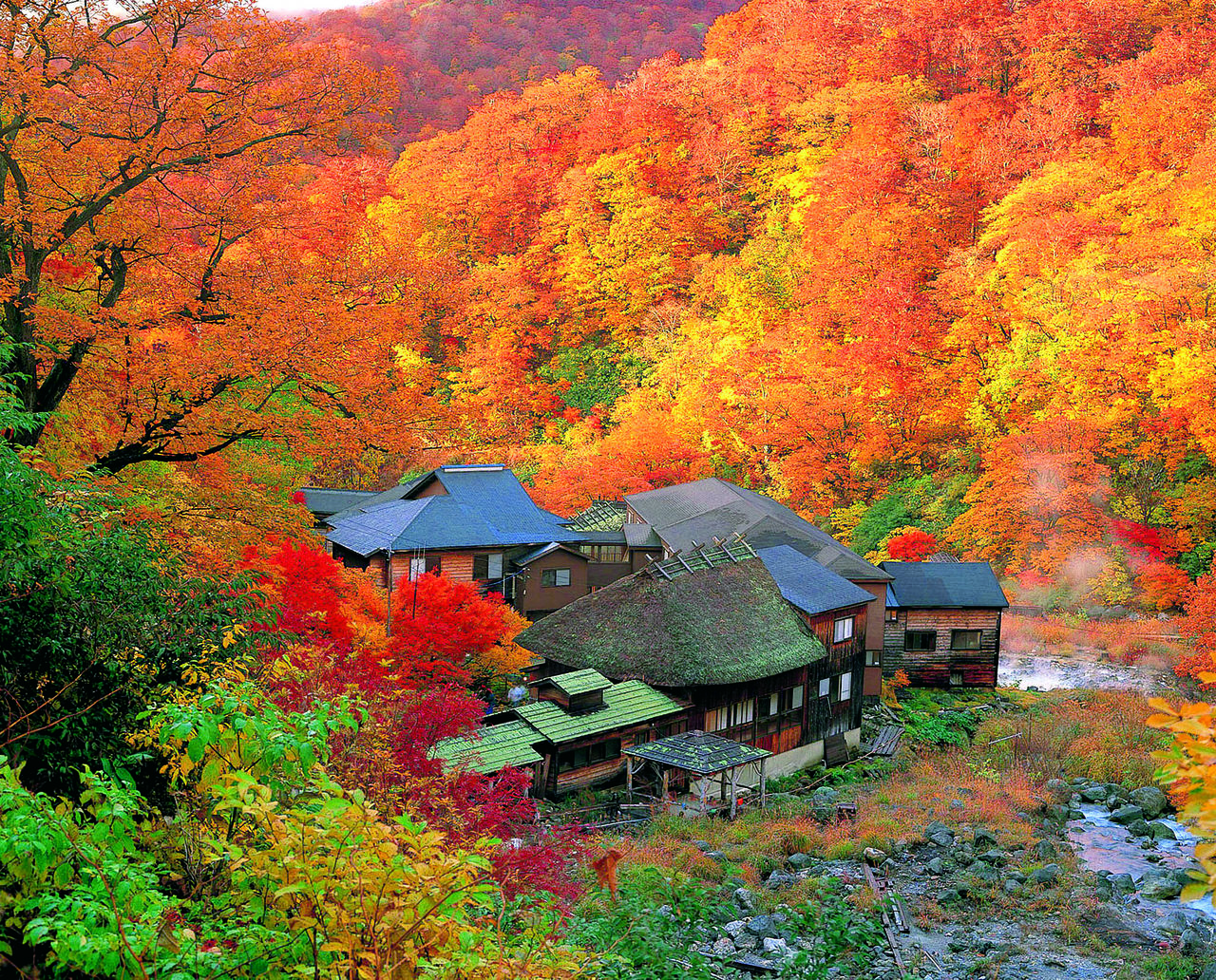 Kuroyu hot spring at the height of autumn. 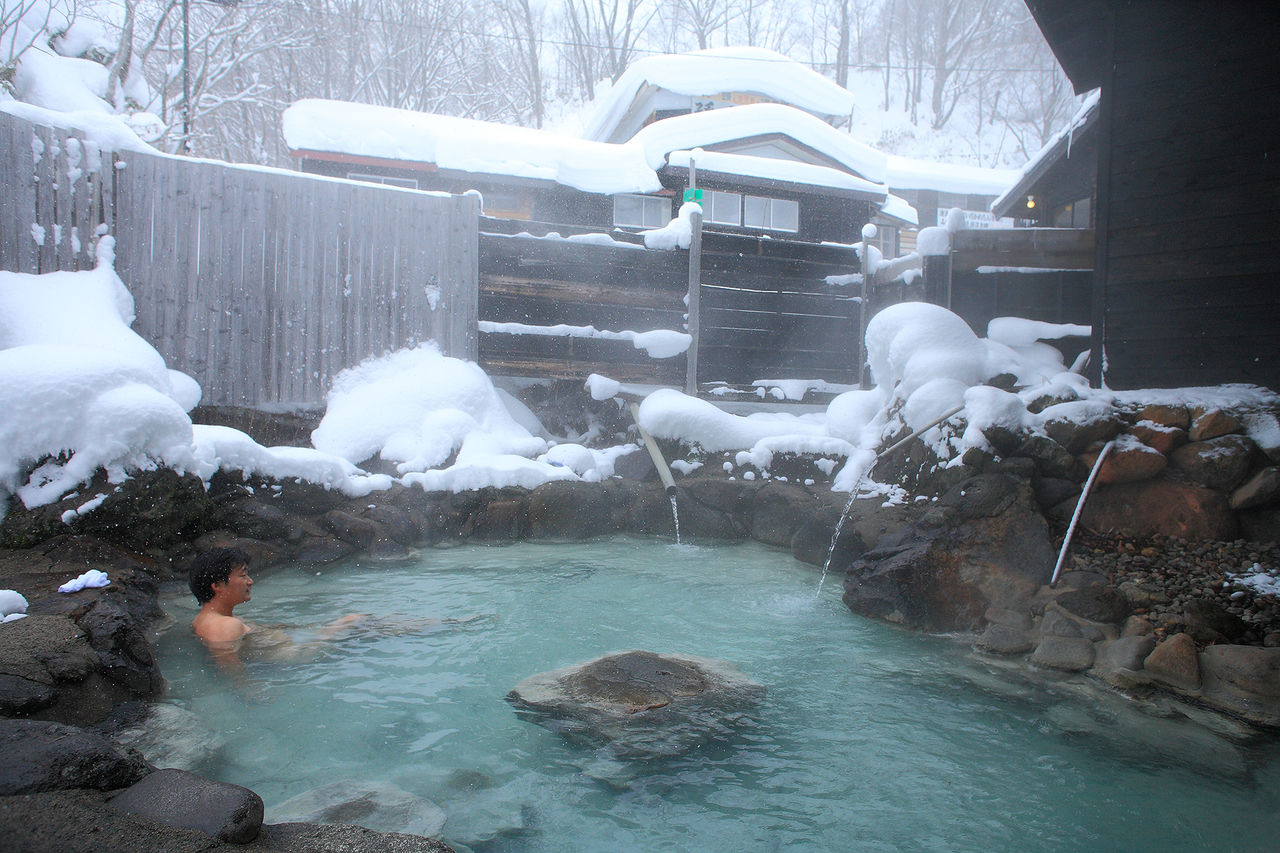 Each of the inns welcomes day visitors. The Yumeguri bus service facilitates access, and with the Yumeguri Pass (¥1,800), exclusively for those staying overnight at one of the inns, guests can try the area’s other hot springs to their hearts’ content. The pass also includes an unlimited number of rides on the Yumeguri bus. 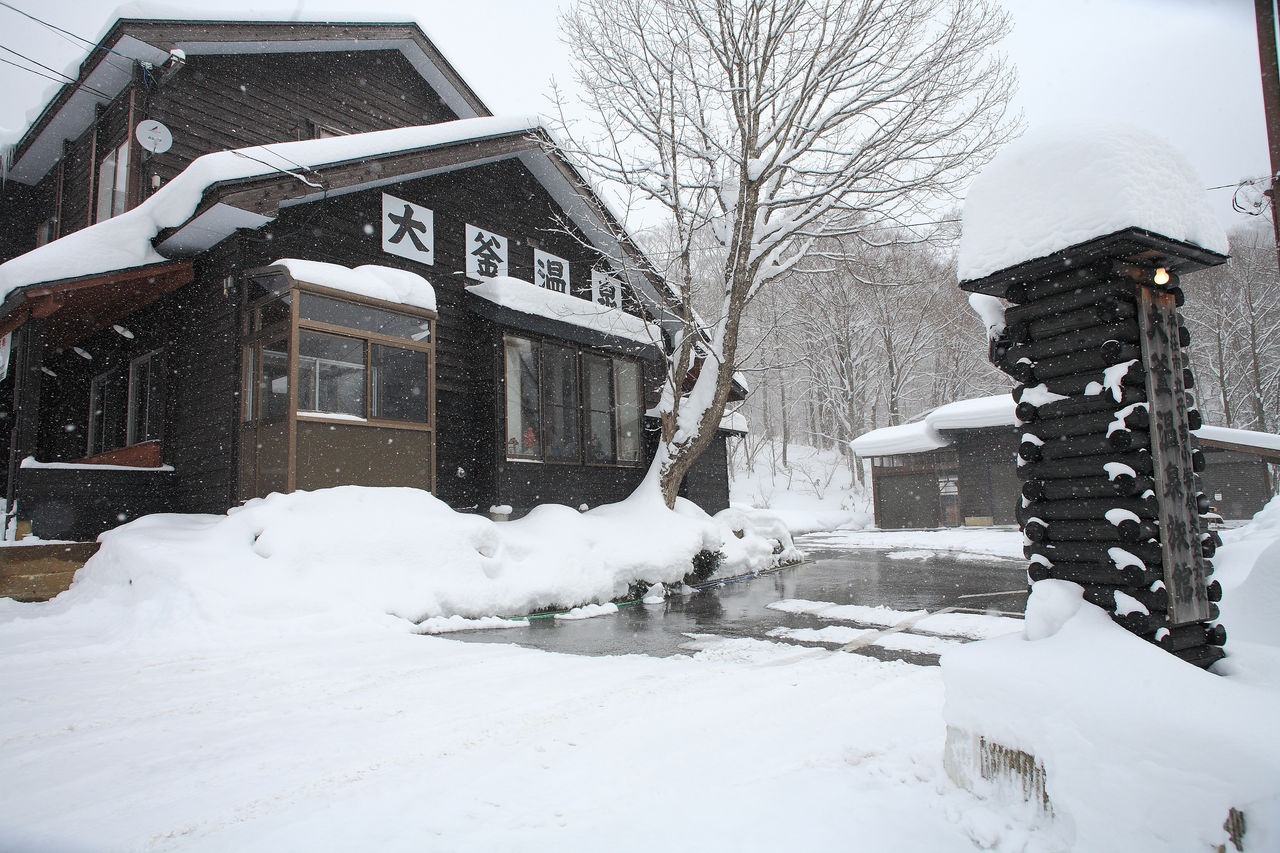 A view of the Ōgama Onsen inn. 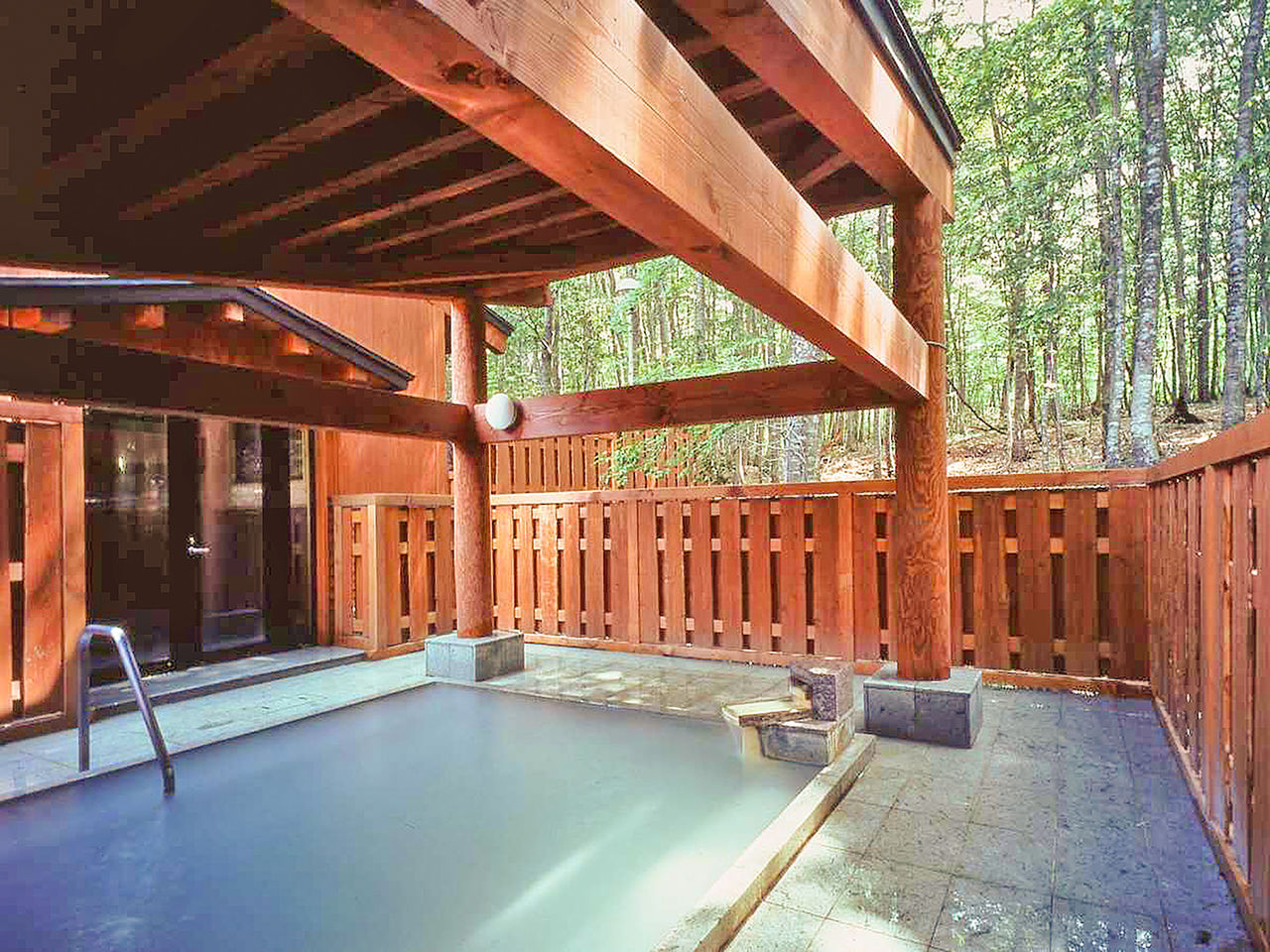 By rail and bus: JR Akita Shinkansen to Tazawa-ko Station (just under 60 min) and bus from there.