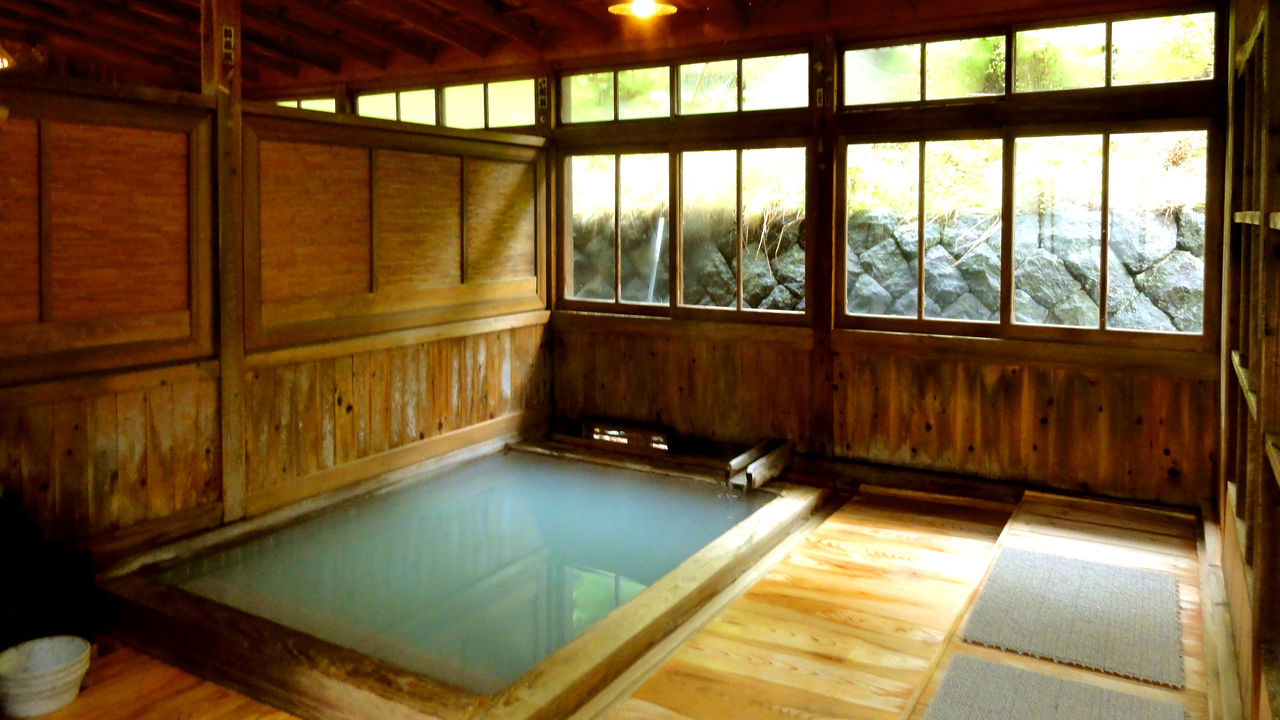 Takayu Onsen, Fukushima: Free-Flowing Waters With a Focus on Health

Apr 15, 2018
The springs of Takayu, located in the hilly western reaches of the city of Fukushima, remind visitors of the “good old days” of the long-stay thermal cure. Experience bathing in free-flowing sulfur baths at this secluded hot spring with rustic charm.

The Bandai-Azuma Skyline highway offers splendid views on the way into the Azuma foothills west of the Fukushima city center. Just off the Takayu toll plaza lies Takayu Onsen, at some 750 meters above sea level. Celebrating its 400th anniversary in 2007, Fukushima’s Takayu Onsen is a good reason to make a trip to Fukushima Prefecture—and to make it a long one. 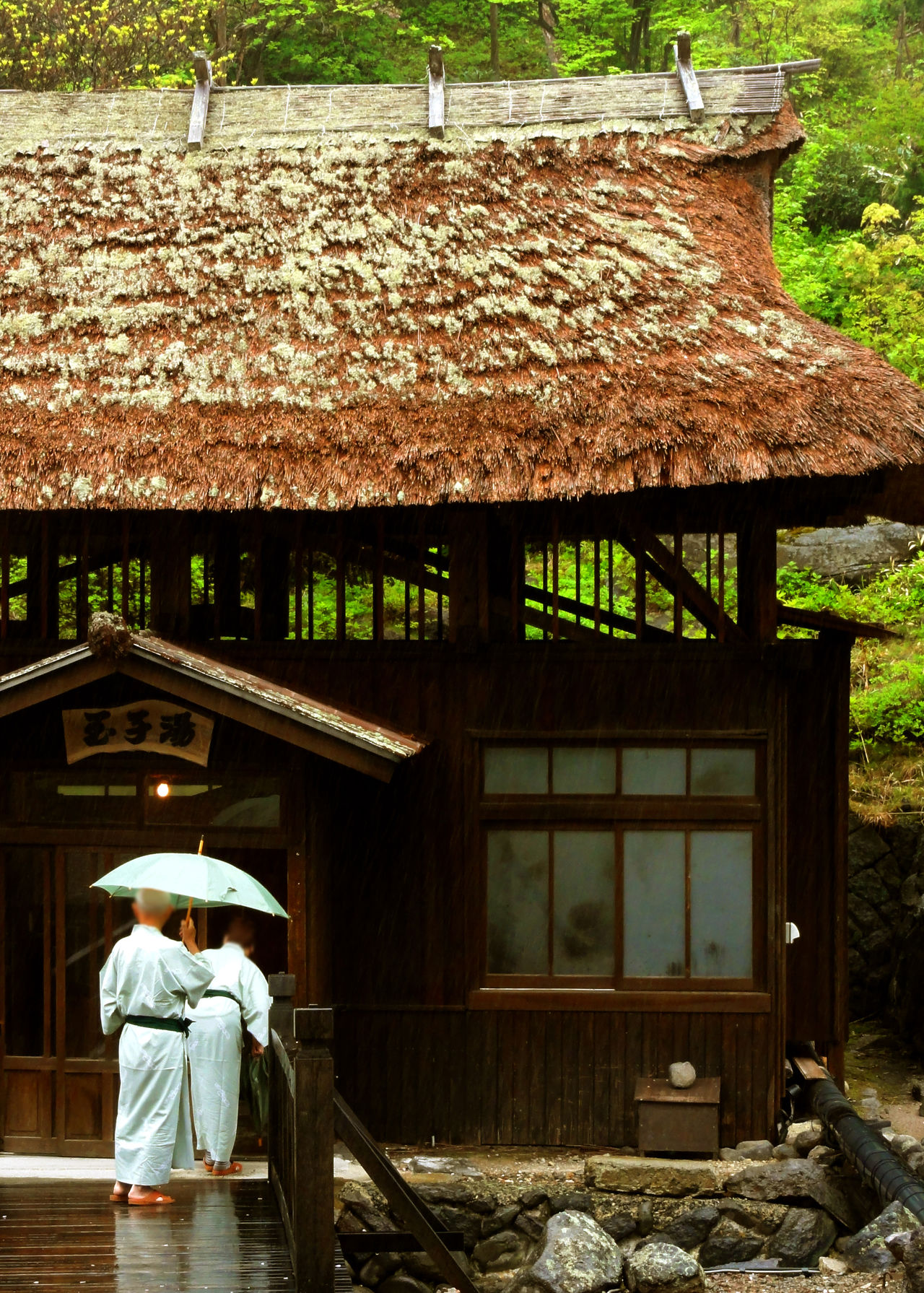 The thatched-roof hut housing Tamagoyu’s bath.
Takayu Onsen’s distinguishing feature is that it has remained a spa focused on taking the waters for medical reasons, rather than pure pleasure. Back in the Edo period (1603–1868), Takayu decided that it would eschew becoming an entertainment district. It has kept the rustic hot-spring cure tradition alive since then. Unlike other onsen districts, which have concentrated on tourism development, Takayu retains an old-fashioned air. 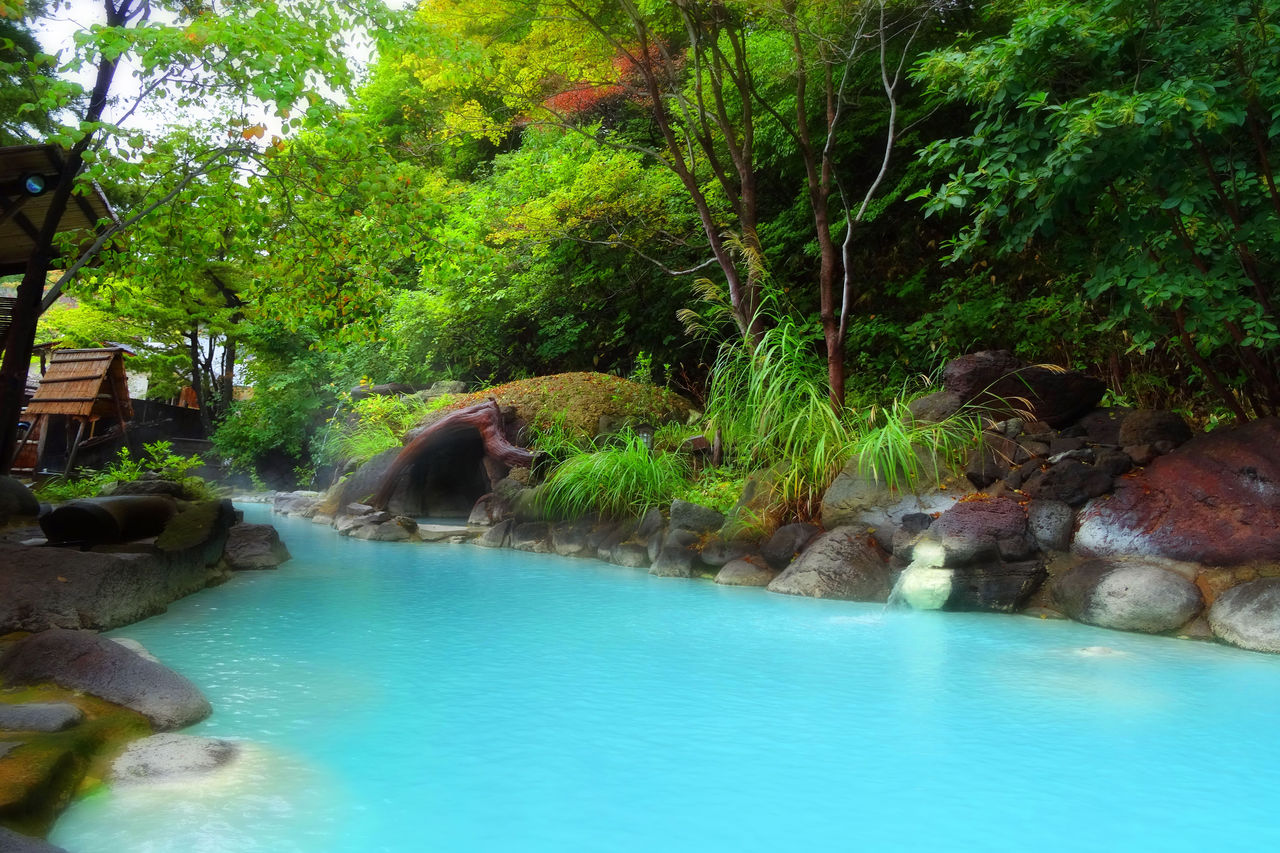 Taiki-no-yu, the bath at the Adachiya inn.There are nine springs in the area, each one feeding the baths at one of eight inns, like Azumaya and Tamagoyu, and the Attakayu public bath. All baths feature gravity-fed, free-flowing water. Since each source is different, the water temperature and mineral deposits in each bath also differ. But all the waters have the milky-white color characteristic of a sulfur spring and are said to help relieve hypertension, atherosclerosis, and diabetes. Tradition holds that a minimum 10-day stay is needed before the effects of the waters are felt, so leisurely stopovers are recommended. At the Attakayu public bath in the center of the town, all baths are in the open air, with gender-segregated baths and rental baths for private use. 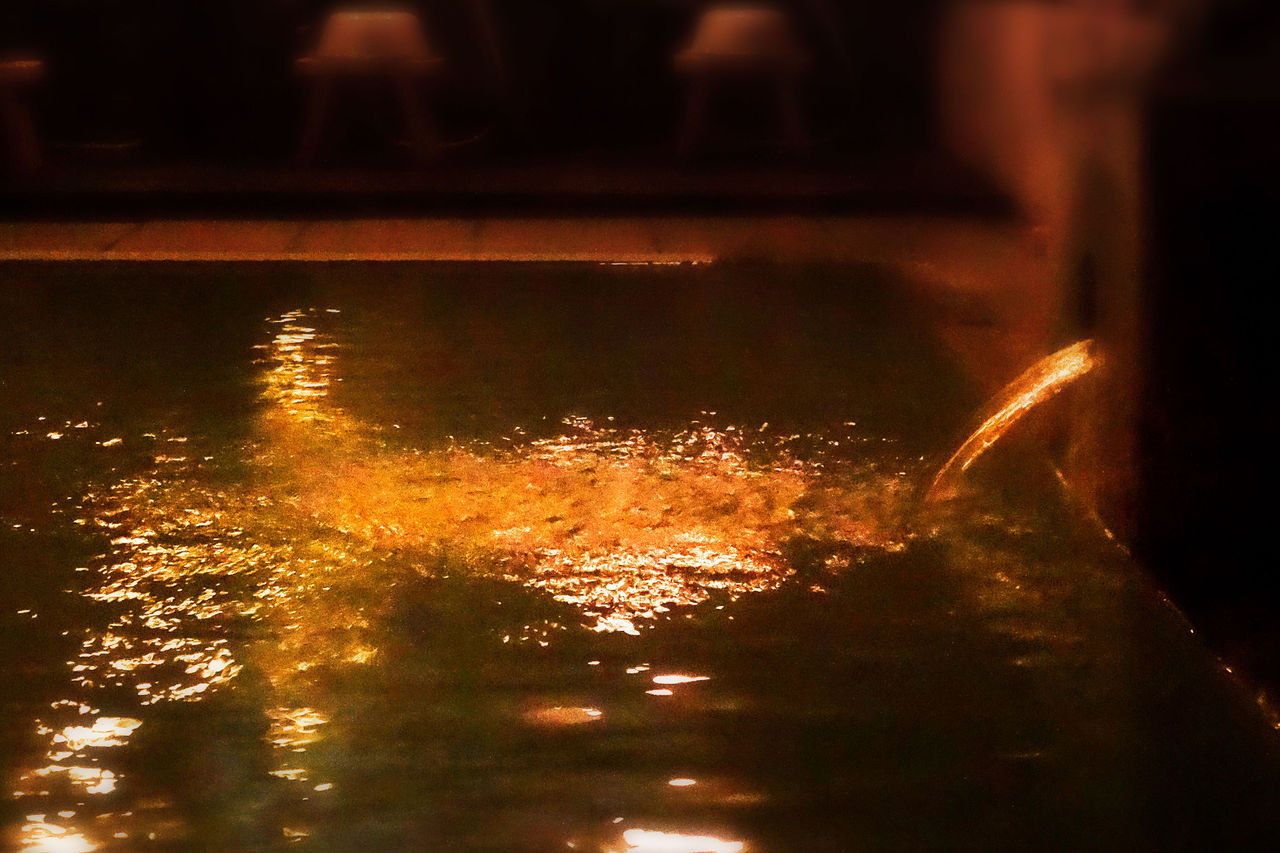 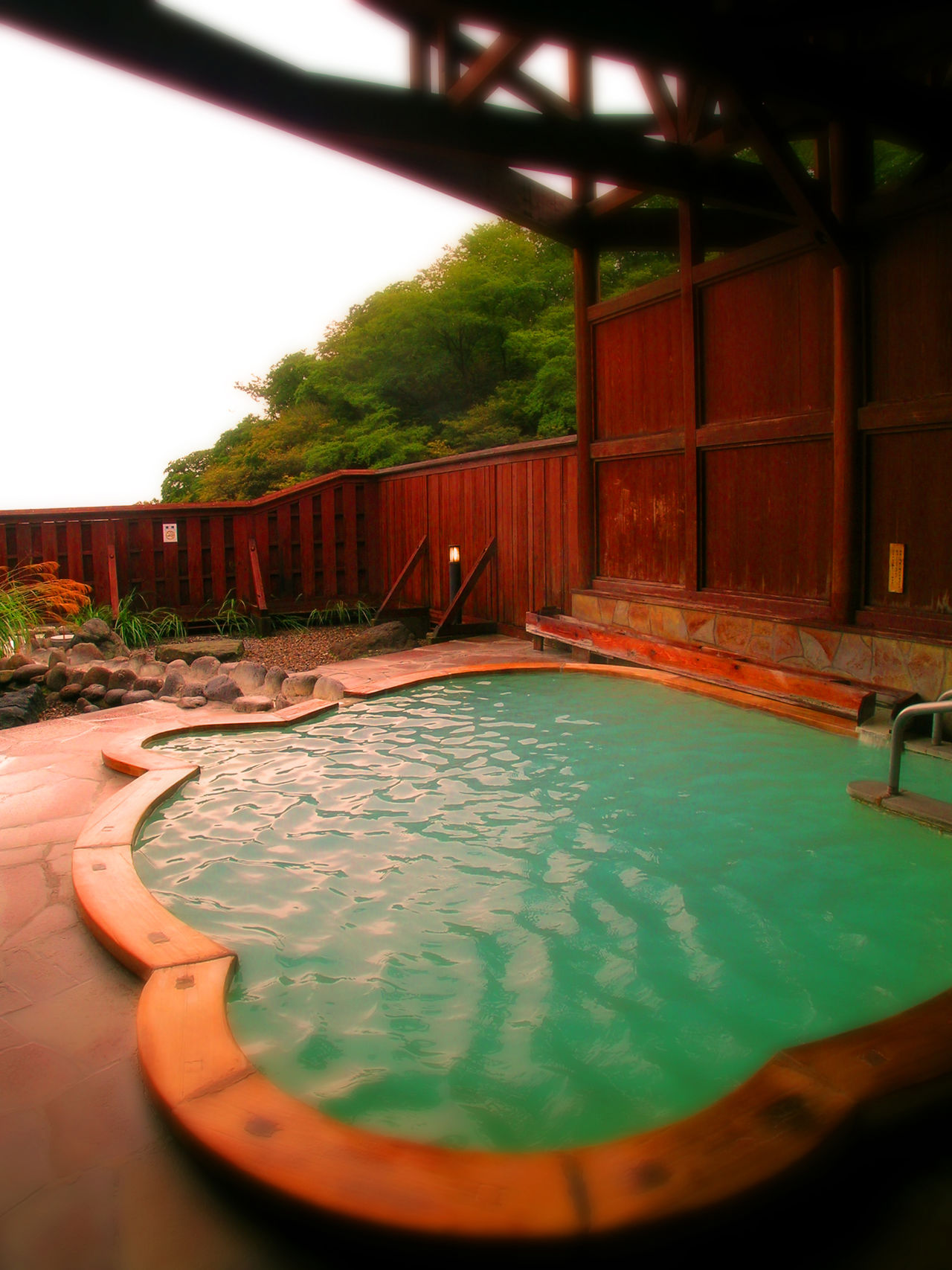 The open-air baths at the Attakayu public bath.

By car: Via the Tōhoku Expressway’s Kawaguchi Junction to Fukushima Nishi (254 km), around 3 hours, and then 17 km by regular road to Takayu Onsen, 30 min.

By rail and bus: JR Tōhoku Shinkansen from Tokyo Station to Fukushima Station, 1 hr 30 min. Takayu Onsen is about 15 km from Fukushima Station and can be reached by Fukushima Kōtsū Bus (40 min) or by taxi (30 min). Some inns also provide courtesy buses.