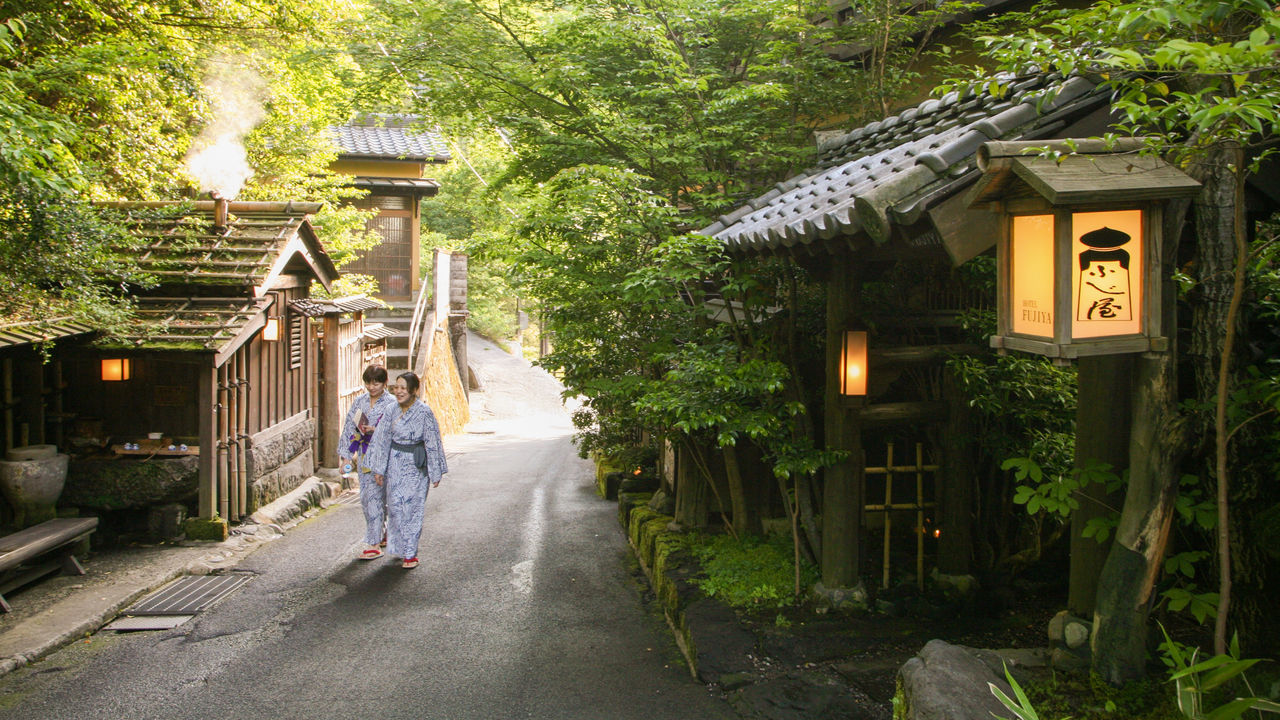 A Peaceful Mountain Getaway for Bathers

Nestled in an area 700 meters above sea level, Kurokawa Onsen is situated between two of Kyūshū’s major tourist attractions—the Kujū Mountains and Mount Aso. The spa is a small hamlet of around 30 inns clustered among a variety of oak trees along both sides of the Tanoharu River, whose clear waters are home to yamame trout, kajika river sculpin, and myriad fireflies.

The hot springs can be found bubbling out of the ground throughout the little hamlet, and many of the inns have their own exclusive springs. Drawn directly from the source, these springs are known as the Kizuyu (literally the “wound baths”) for their efficacy in healing injuries. 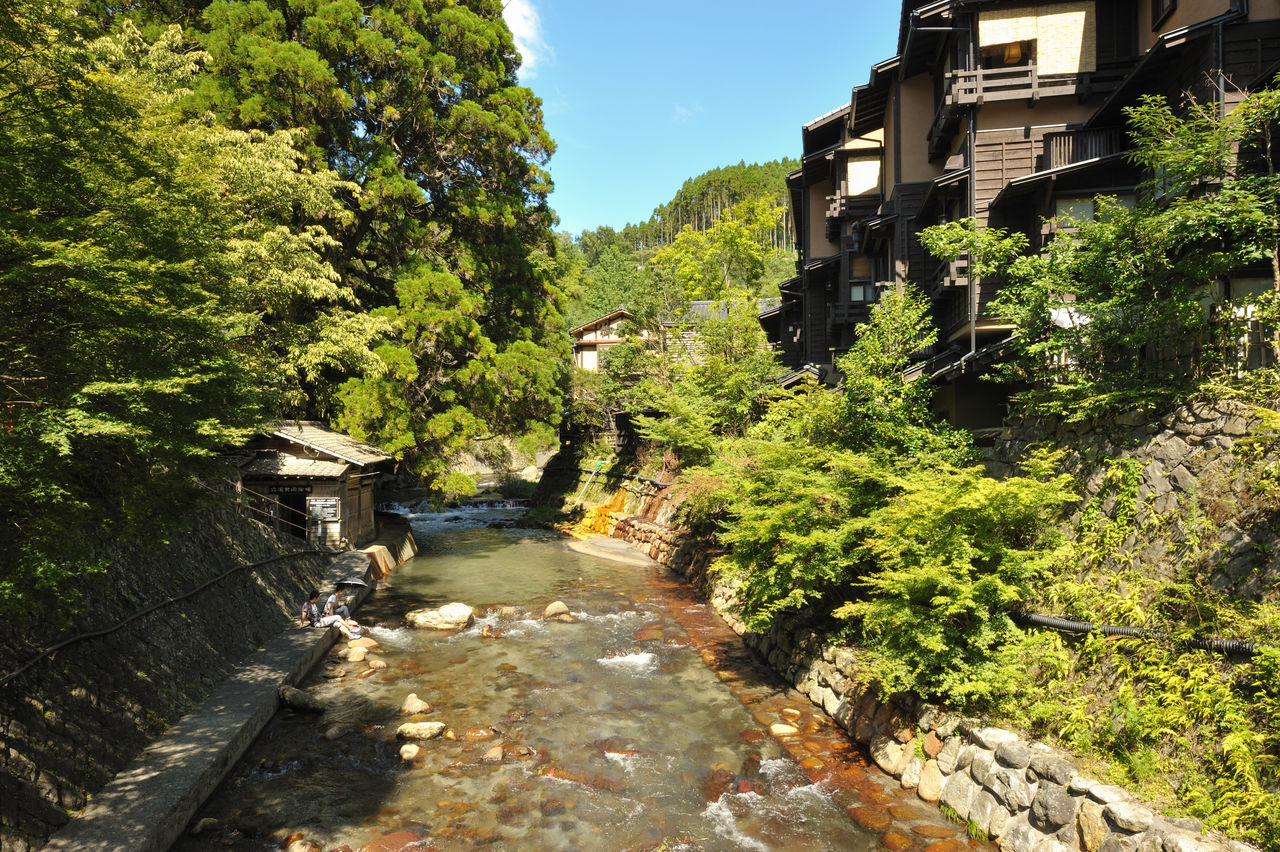 One of the many public outdoor baths at Kurokawa Onsen.

Kurokawa, which welcomes more than a million visitors every year, is carefully tended by its residents to provide a peaceful, restful refuge. As part of a program to maintain and enhance the small hamlet’s warm, nostalgic atmosphere, the local onsen cooperative has replanted areas once dominated by sugi, Japanese cedar, with native varieties of trees and bushes like the konara, a type of beech native to Japan. The earth-colored buildings and black signs follow a uniform theme that further adds to the exquisite Shangri-La-like atmosphere. 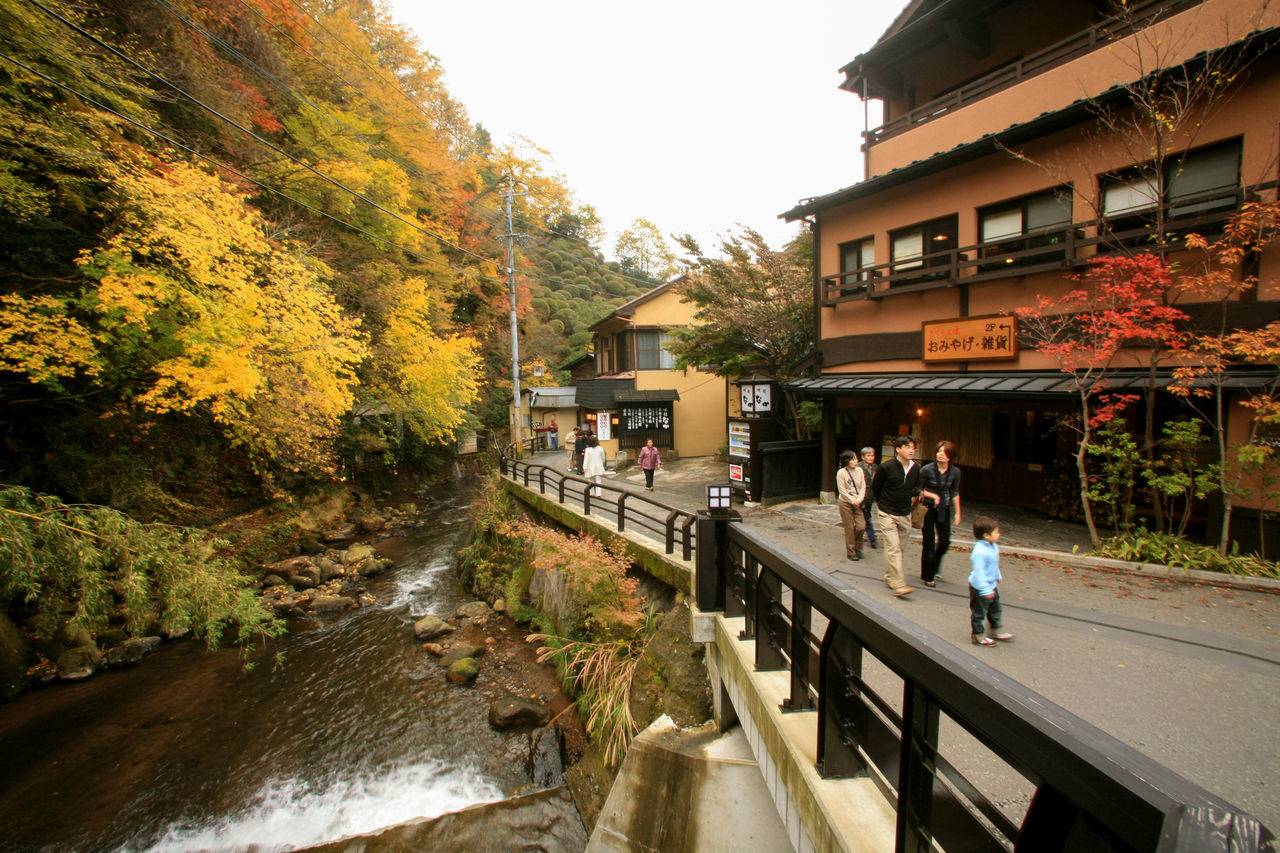 Inns lining the main street of Kurokawa Onsen.More than 30 years ago, the Kurokawa Onsen inns were the first in the country to introduce passes (nyūtō tegata) giving visitors entries to the many baths in the area. The Onsen-Hopping Pass is a 10-centimeter wooden disk that can be purchased for ¥1,300 at the inns or the Visitor’s Center for entry to any three of the many outdoor baths. Visitors wearing yukata robes provided by their inns can be seen making their way to the baths along a pleasant walkway built just for this purpose. 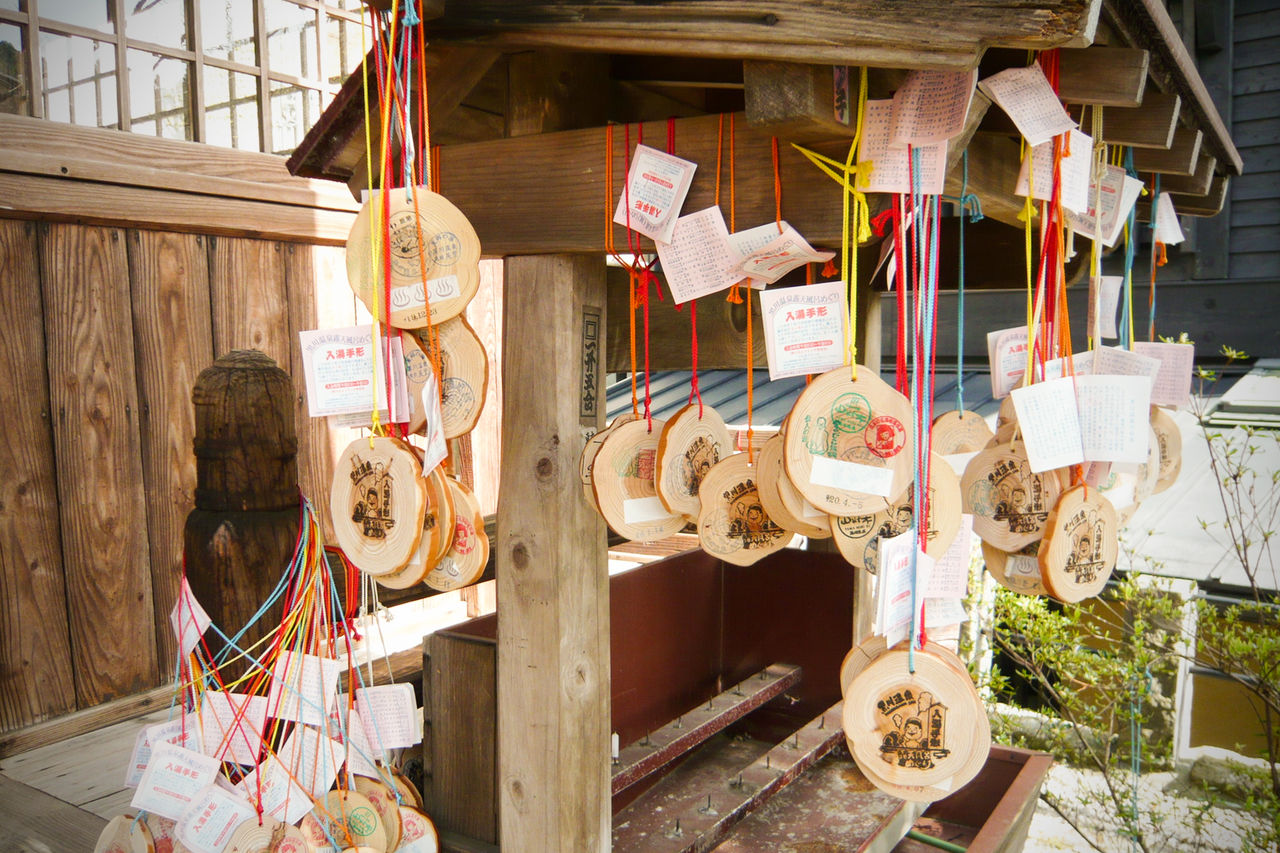 Kurokawa Onsen ranks with Yufuin as one of the major hot springs areas of Kyūshū. In contrast to Yufuin, which has become a full-fledged highland resort, however, Kurokawa Onsen has successfully managed to retain the nostalgic ambience of old-time Japan. In the 2009 edition of the Michelin Green Guide for Japan, the district was awarded two stars. 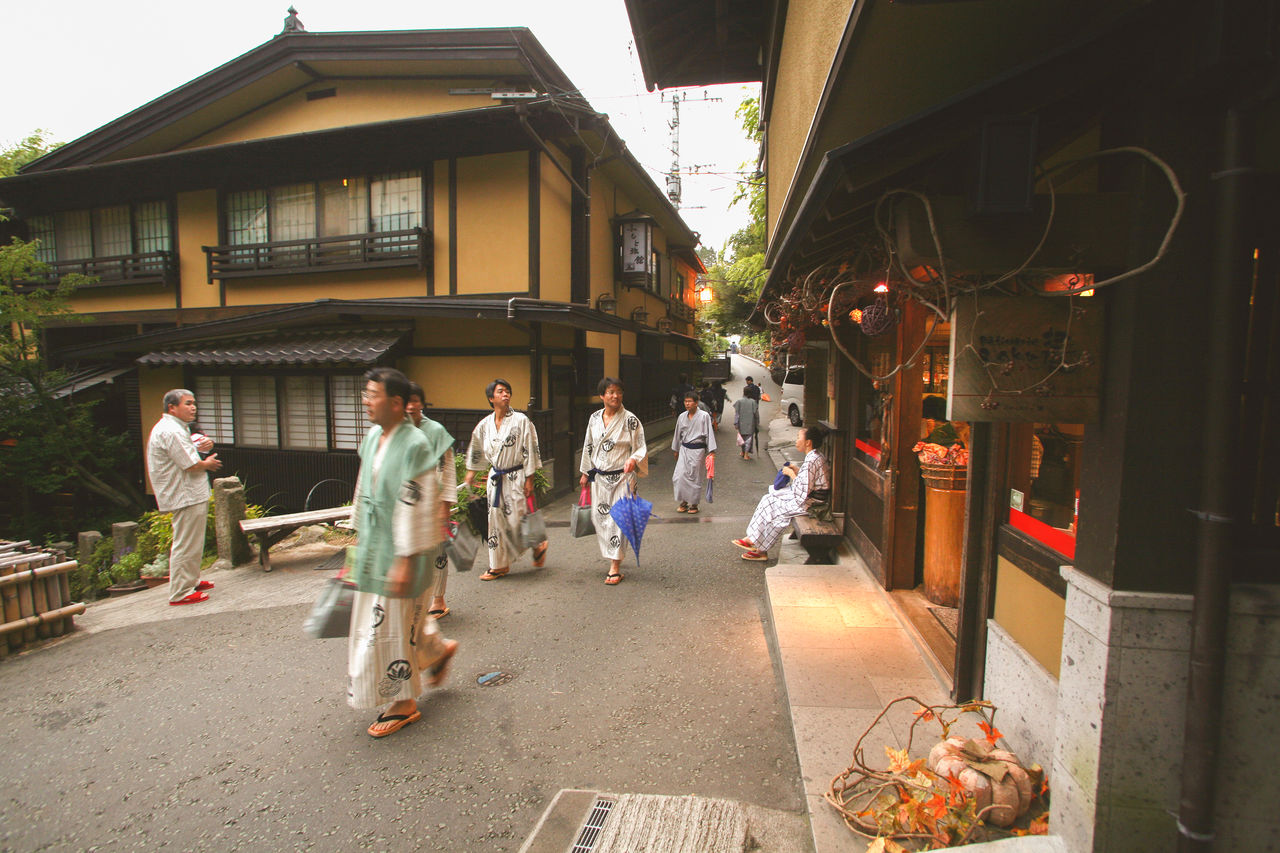 By car: Get on the Kyūshū Expressway at the Fukuoka interchange, change to the Ōita Expressway at the Tosu Junction, and get off at the Hita interchange (about 70 km, or 50 min). Turn right onto National Route 212 (the Hita Highway) and travel south about 33 km (45 min) to the intersection with Prefectural Route 178. Turn left and follow the signs for Kurokawa another 12 km (20 min) to your destination.