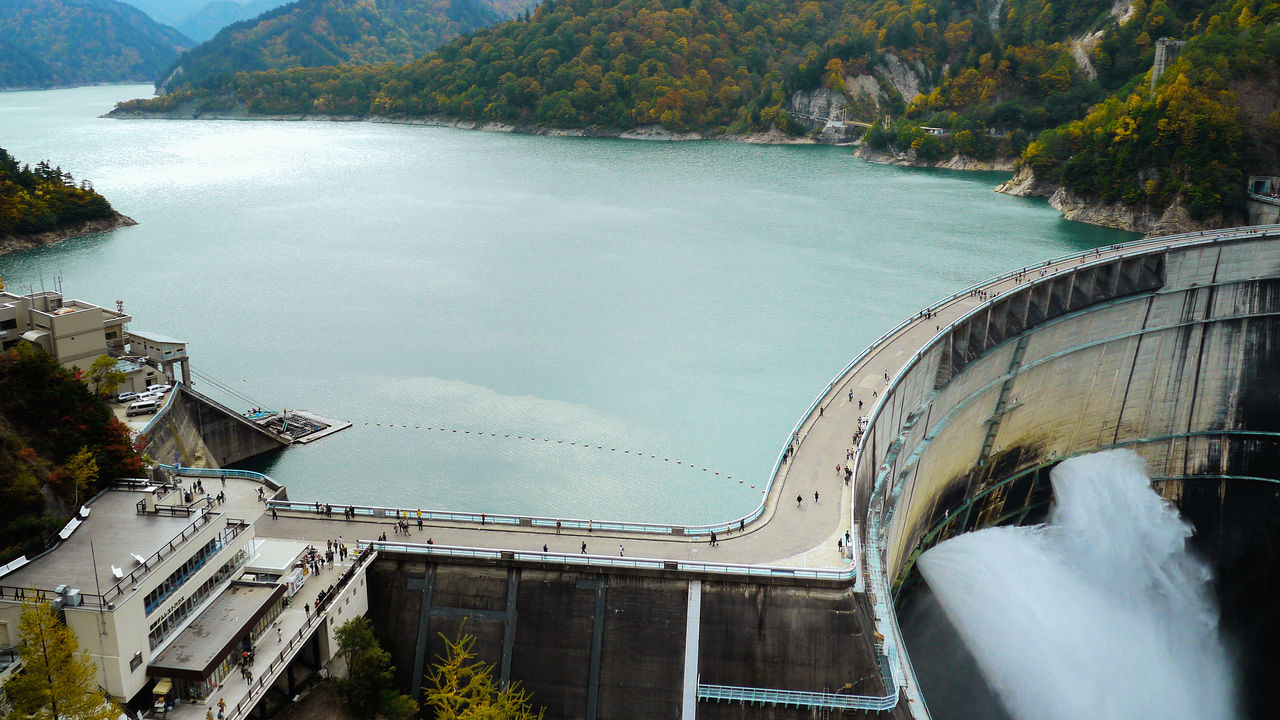 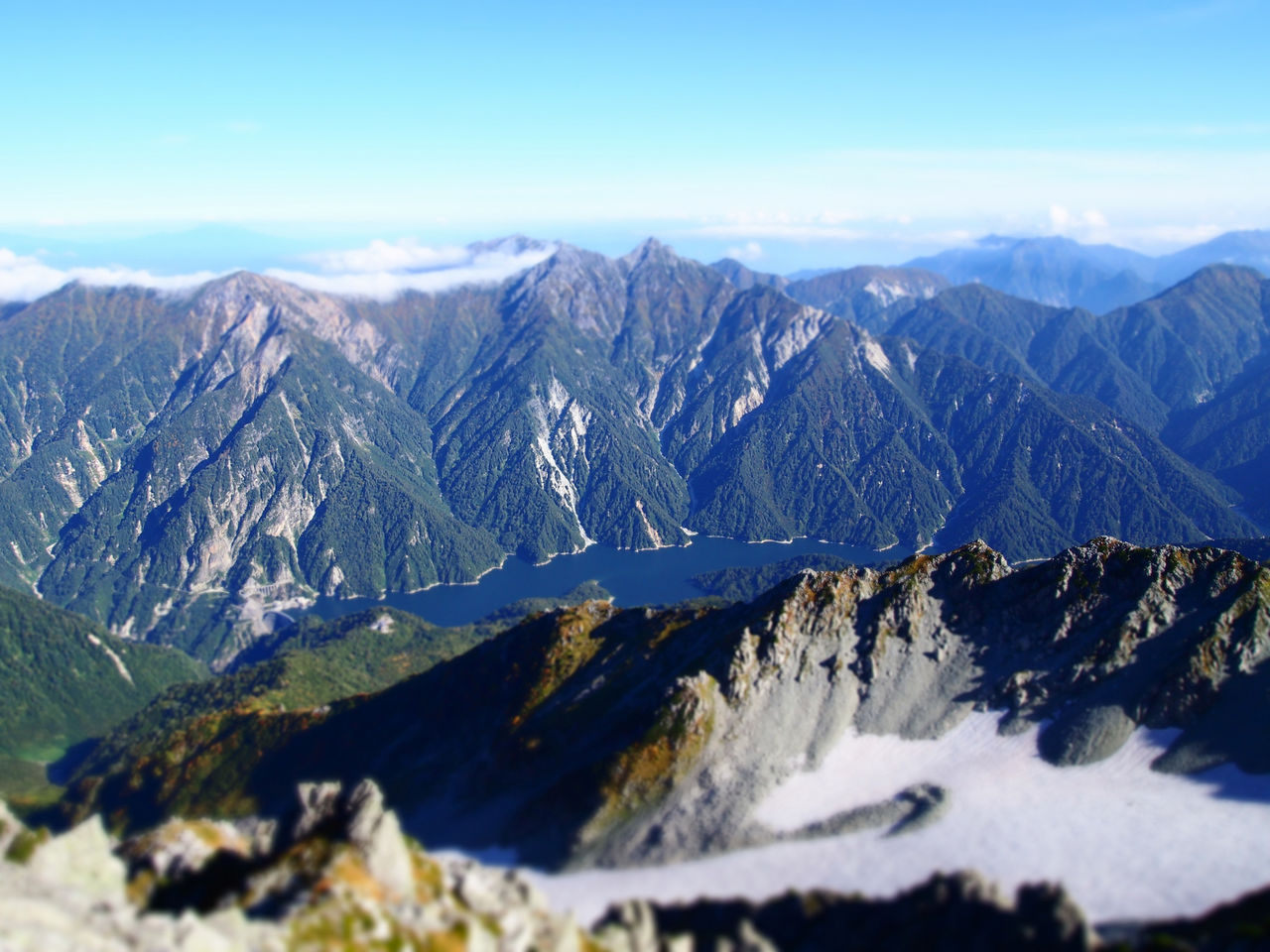 The Kurobe Dam, built at the upper reaches of the Kurobe River in Toyama Prefecture, is an arch dam 186 meters high with a reservoir capacity of nearly two million square meters. It is Japan’s tallest dam and counted among the largest dams in the world. The dam is operated by the Kansai Electric Power Company to power the Kurobe River No. 4 Hydropower Plant further downstream.

Construction of the dam was initiated in 1956 but was fraught with numerous setbacks, including problems with subterranean water and landslides. It was finally completed in 1963 at a total cost of ¥51.3 billion. The construction was carried out by a cumulative total workforce of 10 million men, over 170 of whom lost their lives in the process. Because of the complexity of the work and the large number of victims, the Kurobe Dam was often referred to as the “project of the century.”

Between June 26 and October 15, water is regularly released—subject to weather conditions—from the dam’s spillway as a tourist attraction. Visitors can view the grand sight of 10 to 15 tons of water per second gushing out from the dam from a variety of locations including an observation deck, terrace, and walkway along the top of the dam.

Access: 16 min from Ōgizawa Station on the Kanden Tunnel Trolleybus.