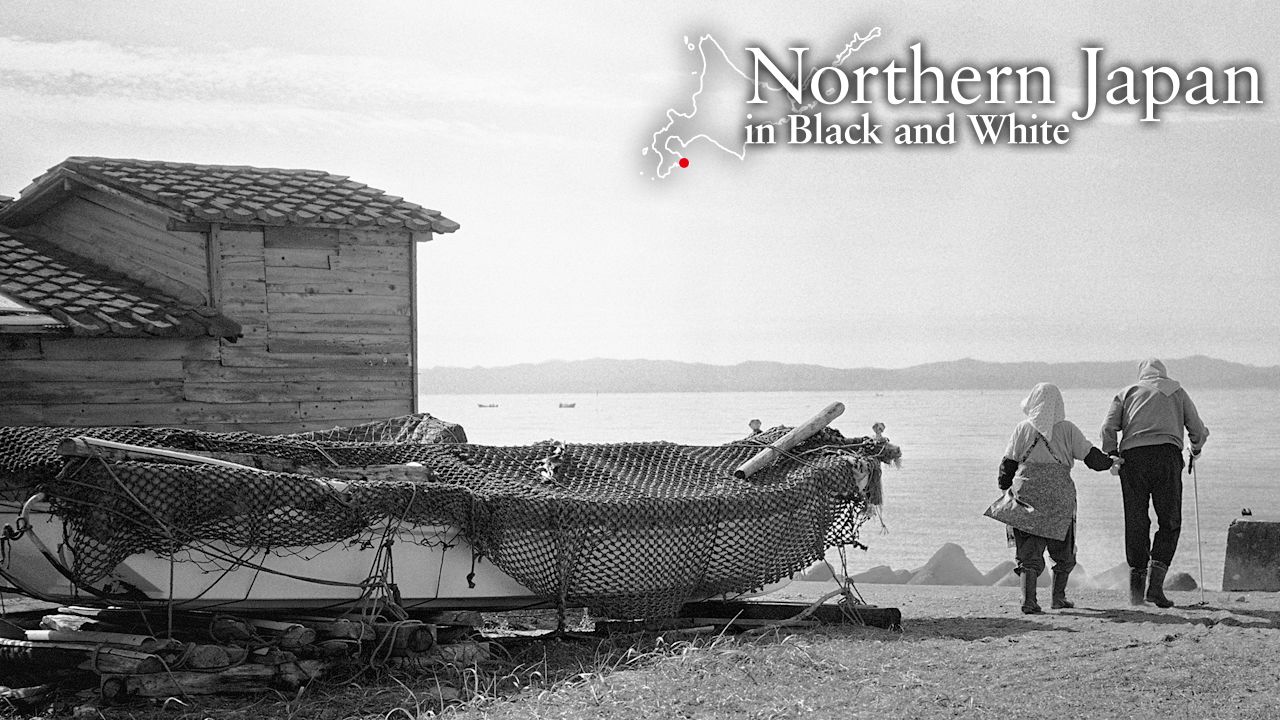 The Scent of Tsugaru: Shimokaigan

In the movie Pépé le Moko, Jean Gabin’s eponymous bank robber is hiding from the law in the Casbah of Algiers when he falls in love with Gaby, a visiting Parisienne. In the final scene, Pépé leaves his mazelike refuge just as Gaby’s boat is leaving, then cries out to her in despair through the wharf’s iron-barred fence. I first watched the famed director Julien Duvivier’s 1937 tour de force in a tiny Tokyo theater as a student, and I’ve revisited it countless times over the decades since then.

On a bright, sunny day after heavy snows, I visit the Shimokaigan neighborhood of Hakodate, located on the shore near the mouth of the Shiodomari River. The last time I was here, I found a crumbling old building with missing roof shingles and leaning walls: the old Kimura sardine hut. Now, however, even that has vanished completely, and I find only an empty field of snow. 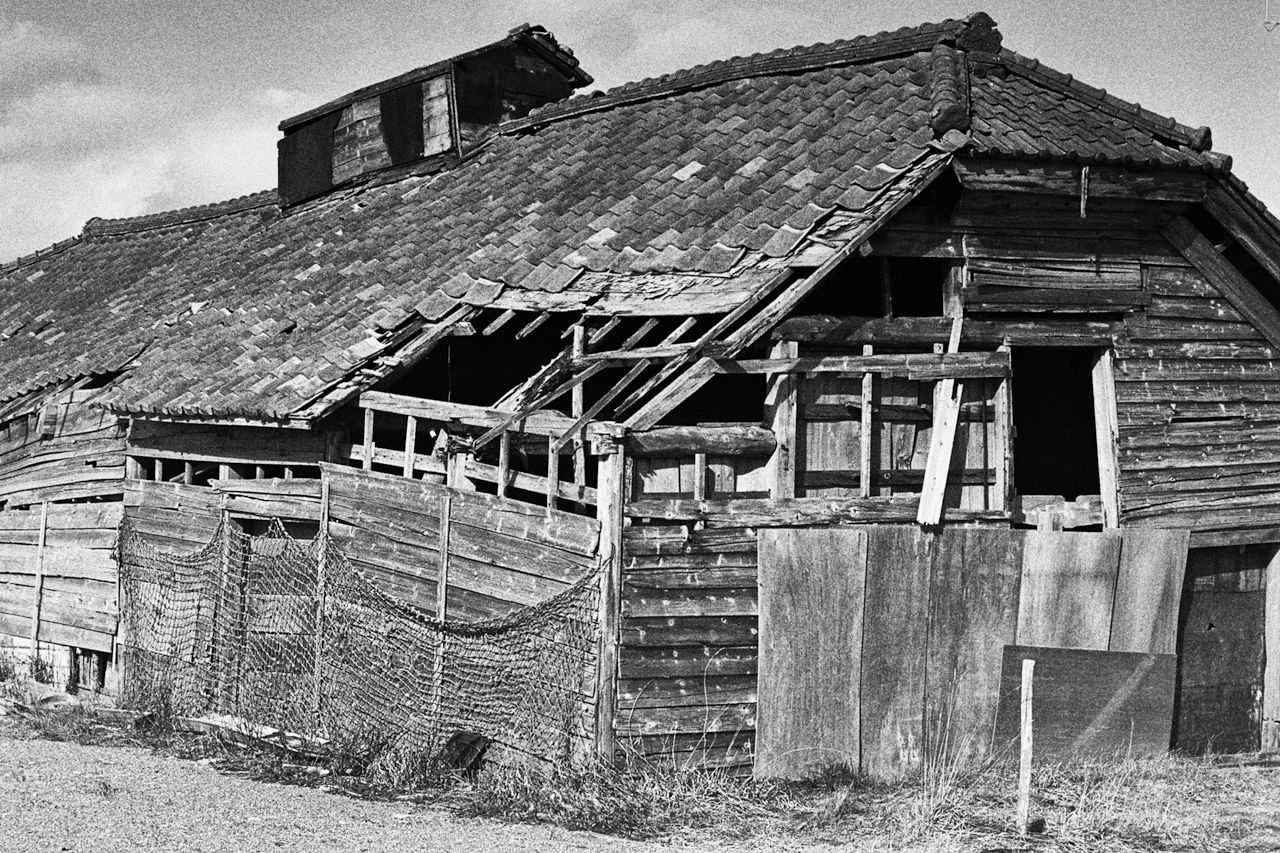 Well into the twentieth century, the seas off Hokkaidō were visited by schools or sardines so vast they darkened the waters. Boiling the sardines down into fish meal to use as farming fertilizer brought prosperity to the region in the Meiji era (1868–1912). In November and December, when the sardines were in the area, fisherfolk lived in the hut. The men would haul in beach seines, calling out Yasa yo, yasa-a, yo-o to keep in time. The women would go back and forth from the shore to the cauldrons, carrying straw baskets called mokko full of fish. When I stand where the hut once did, I can imagine the scene vividly. But the sardines began to dwindle around 1940, and in 1952 the local fishing leaders officially closed the area.

On my last visit, some 15 years ago, I met a woman by the sardine hut. She was in her eighties, and her oval face, elegant nose, and expressive eyes hinted at the beauty she had been in her youth. Seventy years ago, she had come to Hokkaidō from Hirosaki, a city in the Tsugaru region of Aomori Prefecture, to marry a fisherman whose face she had never even seen. When life got lonely or painful and she longed for home, she would watch the Seikan Ferry that linked Hakodate to Aomori and think of her old hometown across the strait, in the mountains of Tsugaru. If she’s still in good health, she must be a hundred by now. 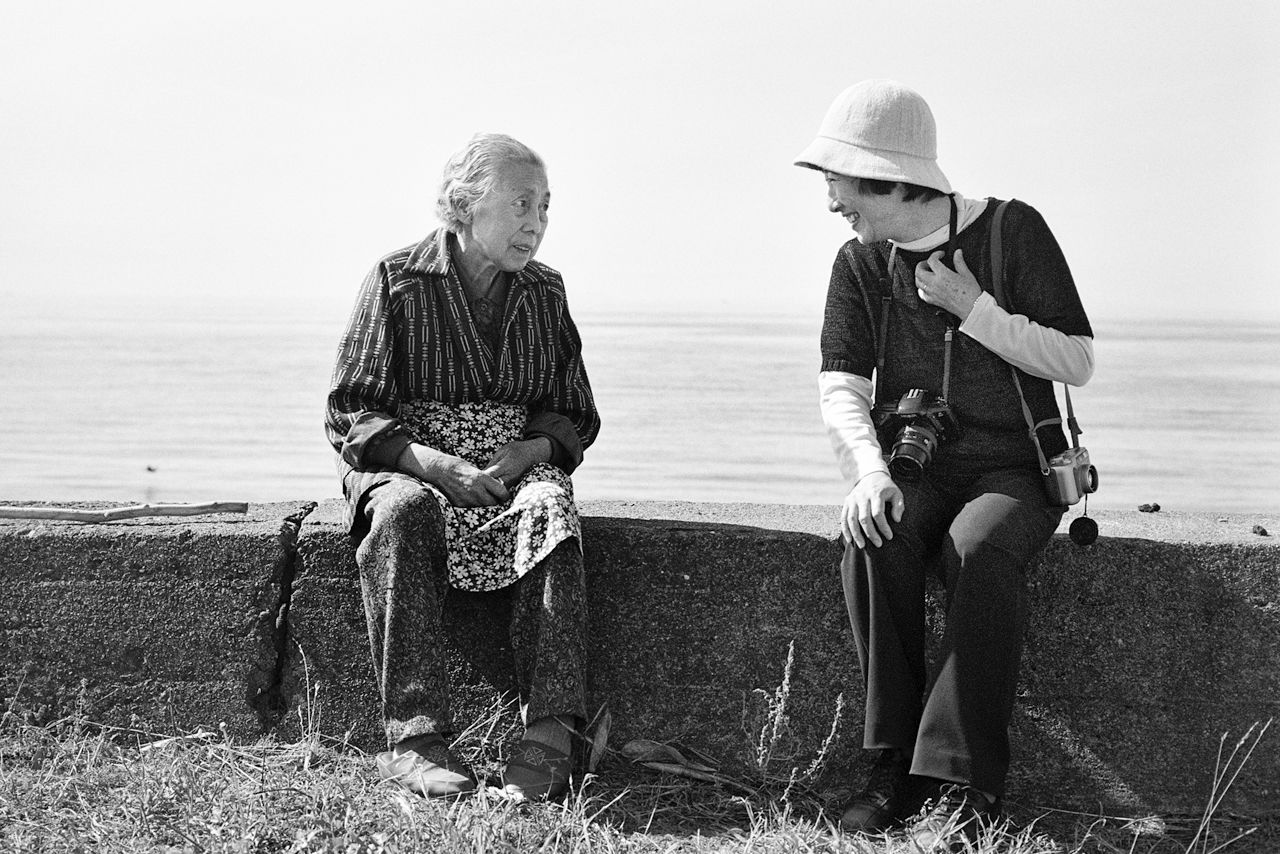 At left, my new acquaintance from Tsugaru.

When Pépé holds Gaby tight, he is gripped by homesickness. “You smell so good,” he says. “The Métro,” she quips. No doubt the woman from Hirosaki was taking in the scent of Tsugaru carried to her by the rapid currents of the strait. 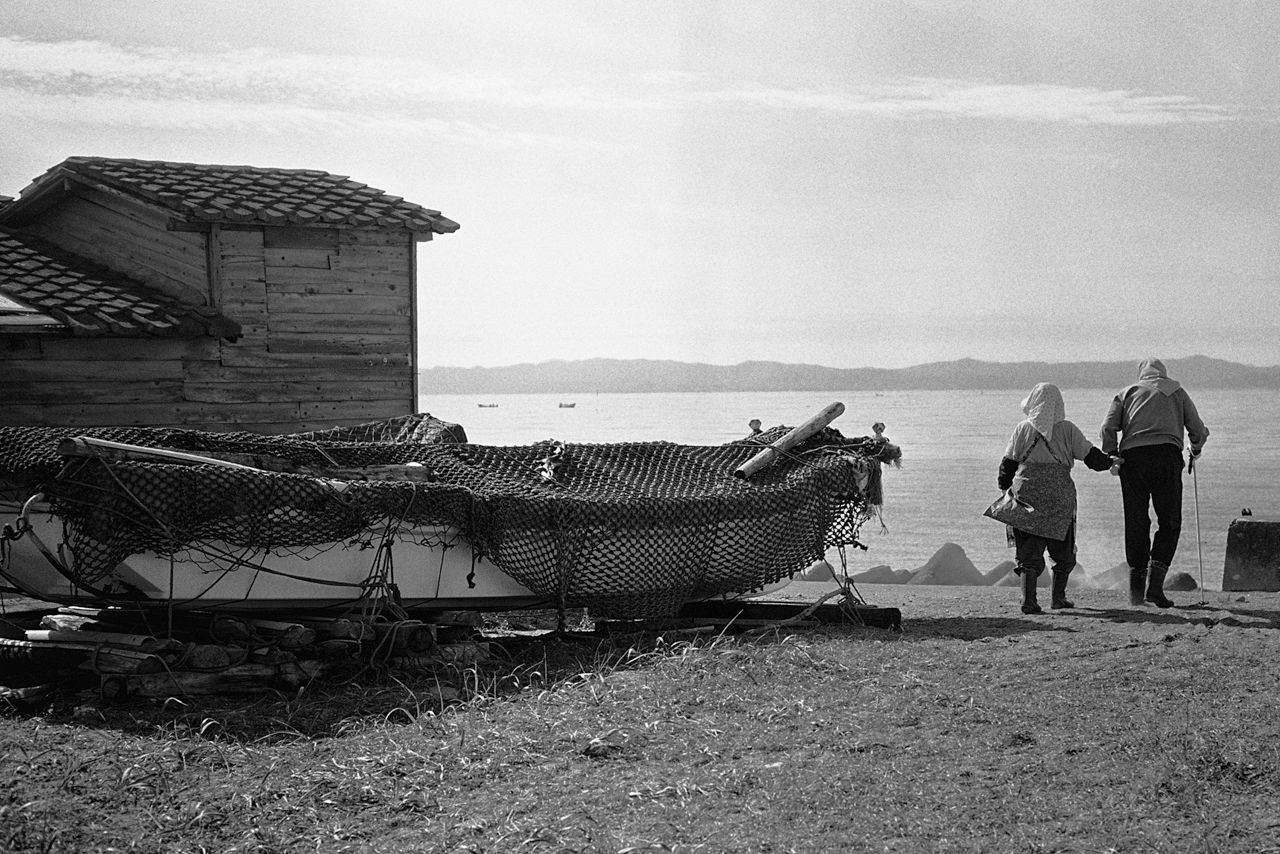 Shimokaigan, Hakodate (2002). Aomori’s Shimokita Peninsula is visible across the strait.

Access: Near Shiodomarigawa Bridge, 30 minutes by car from central Hakodate