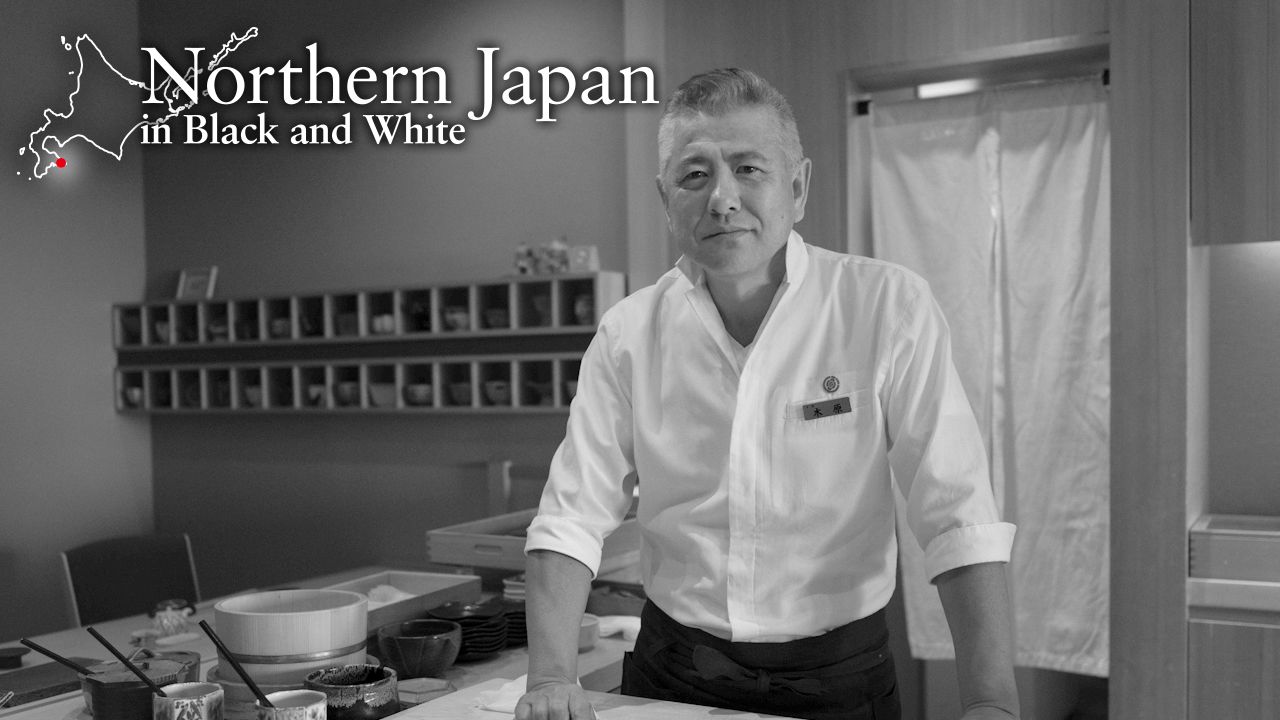 Sushidokoro Kihara is a sushi restaurant in Hakodate’s Yunokawa hot spring district.  Proprietor Kihara Shigenobu fell in love with the location overlooking the Tsugaru Strait to the south 20 years ago, and has been serving up Hakodate delicacies there ever since—including the very same bluefin tuna that dart through the waters of the strait below.

The atmosphere inside the restaurant is briskly stylish. The counter is a single carefully selected and planed board of Aomori cypress; the miniature refrigerator embedded in the wall behind it is crafted with Japanese cypress, too. The large windows offer splendid views of the Tsugaru Strait. When the weather is fine, you can see all the way to bluefin fishing center Ōma on the other side.

Kihara is the third son of a konbu harvester from Minami-Kayabe, a fishing town about an hour from central Hakodate. The ma-konbu harvested at Minami-Kayabe is considered to be among the highest quality available. In the long-ago days of the Kitamaebune shipping routes, this kelp was sent to the Kansai and Hokuriku regions to be processed into products like shio konbu and oboro konbu. Both of Kihara’s older brothers went into the family trade, but he took up an apprenticeship at a sushi restaurant, devoting five years to mastering the Edomae style and opening his own restaurant at age 34. He’s been a sushi artisan for 45 years in all now. 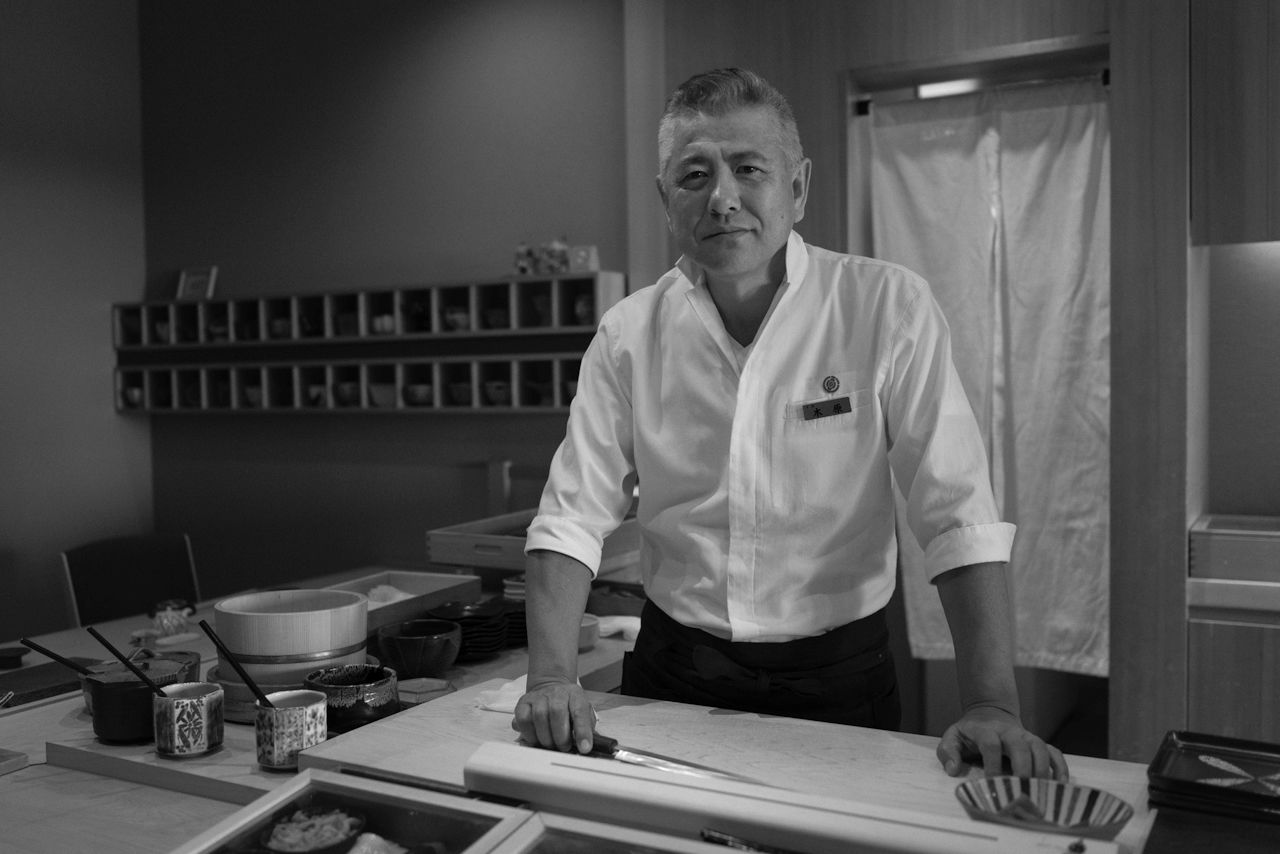 About twenty minutes east of the restaurant lies Toi Beach. Long ago, the fishing here was magnificent. In 1898, a single fisherman’s boss hauled in 2,500 bluefins on a single night. Old-timers report that schools of tuna used to sweep in from the oceans off Toi until they almost reached the shore. There was more tuna than the fishermen could eat, sell, or even give away, so the excess fish would be thrown into sardine cauldrons and boiled down to make fertilizer or feed. These vast hauls happened twice in the Meiji era (1868–1912) and twice in the Taishō era (1912–1925). In the Taishō years, when storage and distribution methods were more advanced, a fisherman’s boss could make a fortune from tuna overnight. Compared to the situation today, when individual tuna are pursued with rods or longlines, it sounds like a lost world. 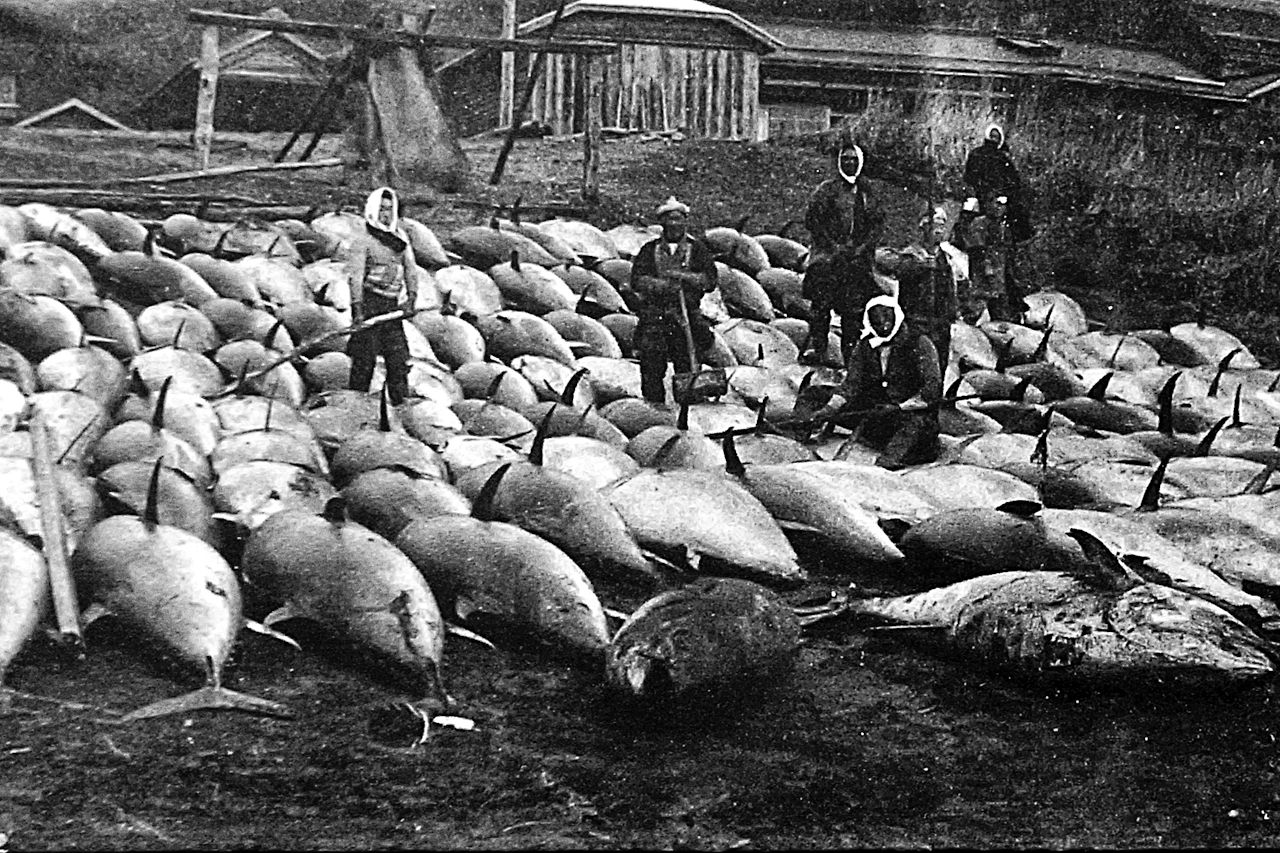 Toi beach, where fortunes were made from tuna overnight. (Courtesy Hakodate City Museum)

I sit at the counter, filled with excitement as I watch Kihara prepare my sushi. First, a series of local treasures from the neta box: bluefin toro from the Tsugaru Strait, prawn, flounder, scallop . . . Next, flying squid with hot white radish, sea urchin with konbu from Kihara’s hometown Minami-Kayabe, and my favorite: spring scallions. I have a second helping of that one. 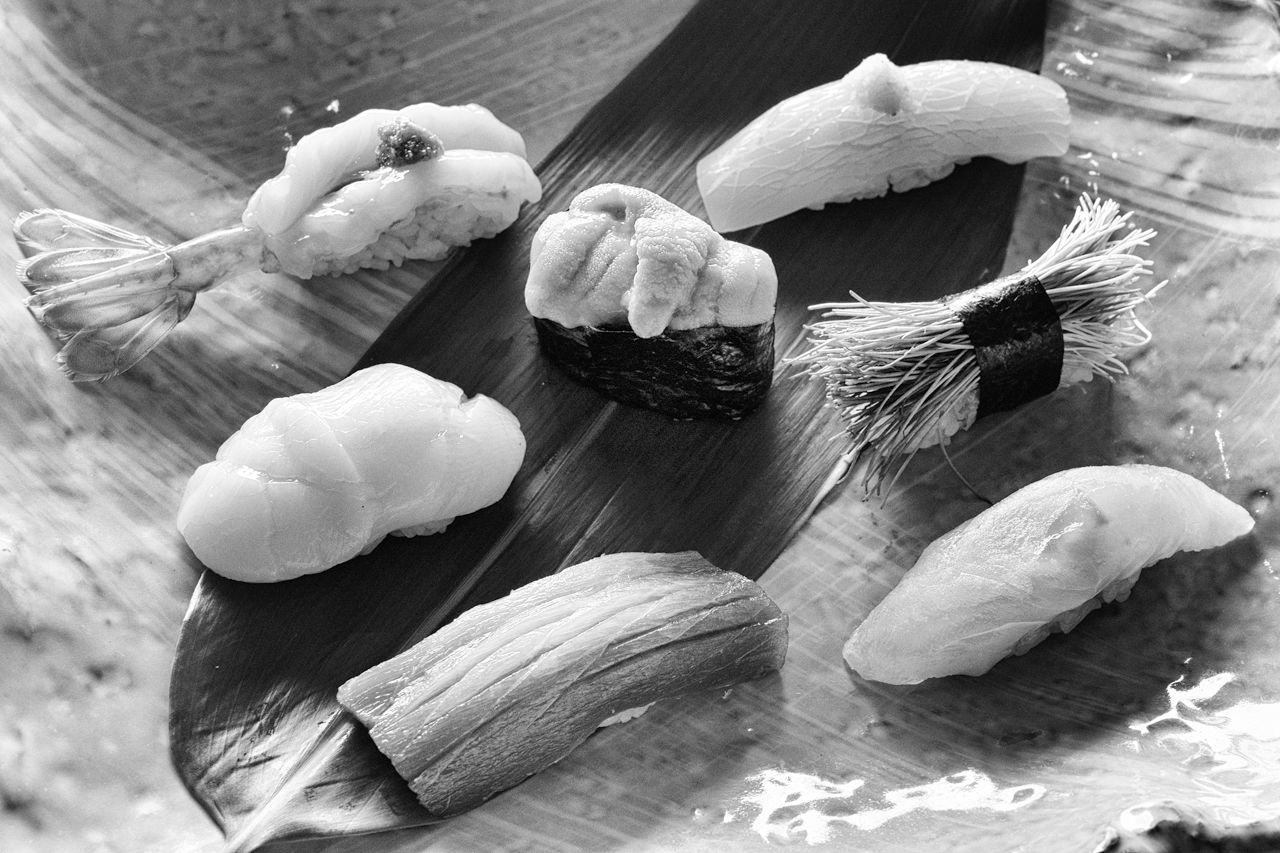 Sushi with a local touch.