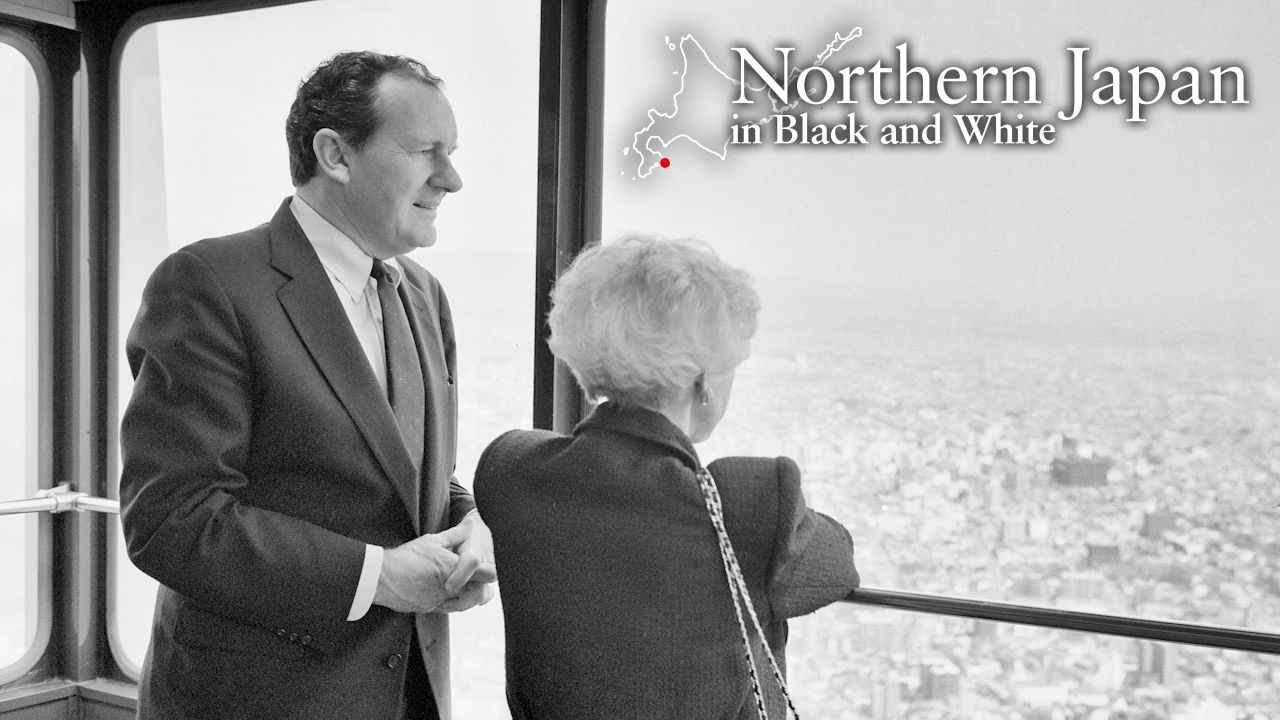 A Diplomat’s Day Off: Michael Armacost, US Ambassador to Japan

The white ball soared higher in a glorious, perfect parabola. When it finally landed, it was 260 yards away—a figure that a professional would be proud of.

It was spring of 1992, and US Ambassador to Japan Michael Armacost had just teed off at a golf course in Ōnuma outside Hakodate. He was in town for a piano concert given by his wife Roberta, but had a few spare hours he intended to make good use of. 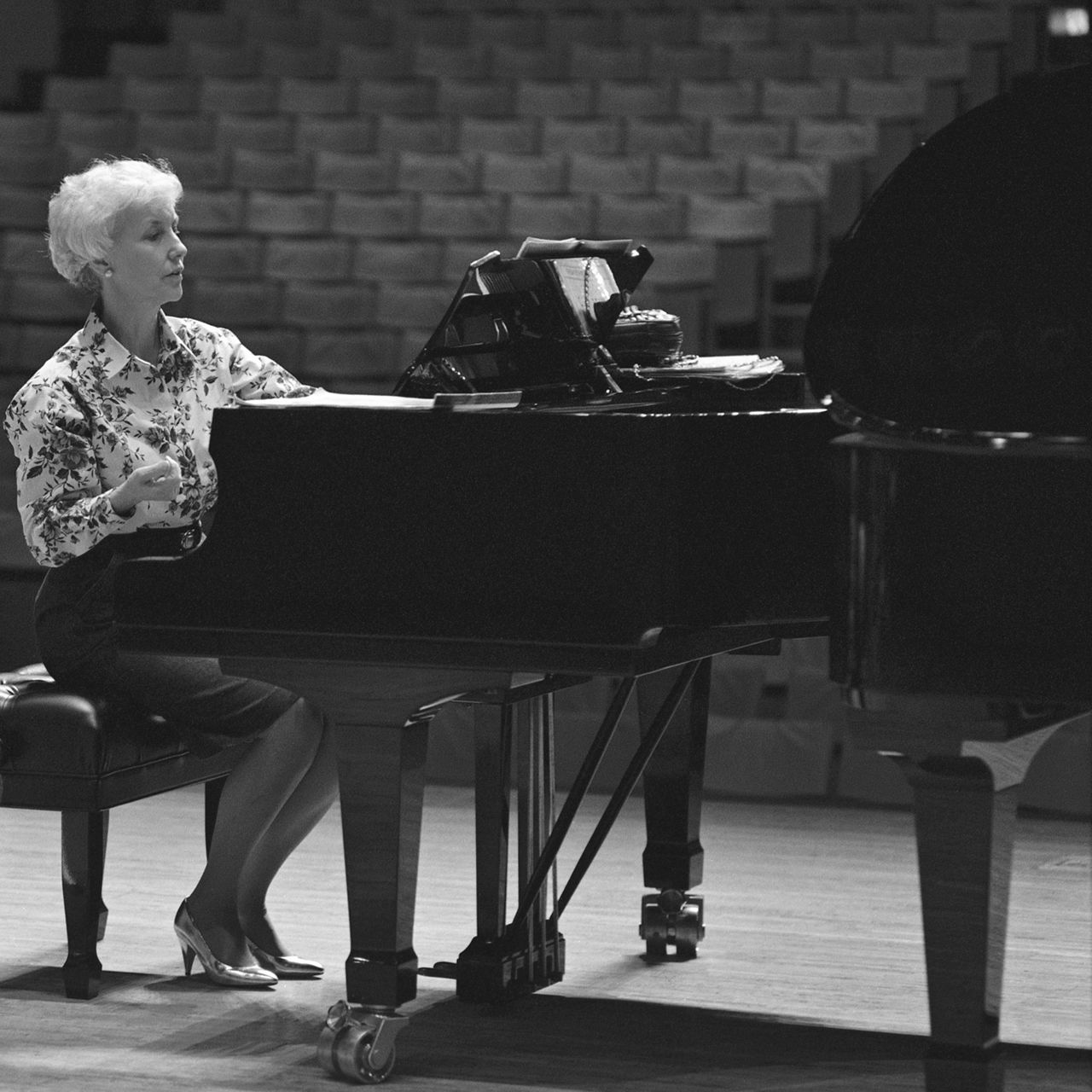 A rehearsal in Hakodate Citizen Hall. At the concert, Roberta Armacost received an ovation from a full house. (1992)

Speaking with guests at a postconcert party, the ambassador revealed a surprising fact about himself: He was so serious about golf that he had seriously debated becoming a pro golfer after graduating from college instead of entering the Foreign Service.

At the charity concerts given by Roberta across Japan, she had more opportunities to meet people than her husband did. Which meant there were actually two ambassadors, he explained, looking quite pleased by the idea. The Armacosts were a lovely, gentle couple, who made sure to thank each and every person involved in putting on the concert series. 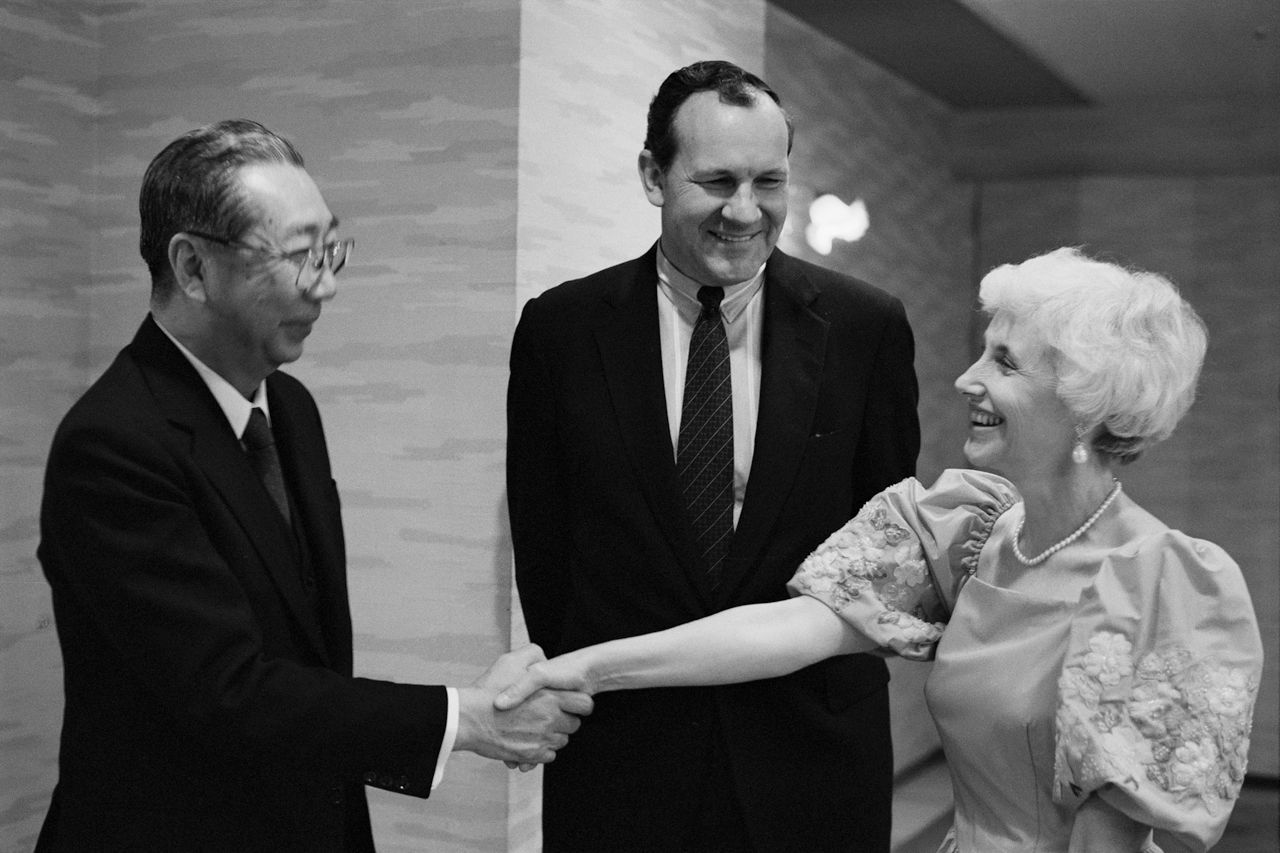 At a postconcert party. From right, Roberta, Michael, and Watanabe Tsunesaburō, then chair of the Japan-America Society of Hakodate.

During his tenure as ambassador, Armacost was sometimes called “Mister Gaiatsu” for the external pressure“ he brought to bear on his Japanese partners and the persistence with which he argued his country’s positions. There are even reports that politicians and bureaucrats of Japan would actually request the application of this pressure to help resolve difficult issues.

A perfect drive. A casual appearance, stepping off the plane alone, without even bringing his secretary. An unassuming demeanor—just another traveler from Tokyo holding a sandwich bought at the airport. Was it simply because this was a private trip on a day off? In any case, the freshness of the image still lingers. 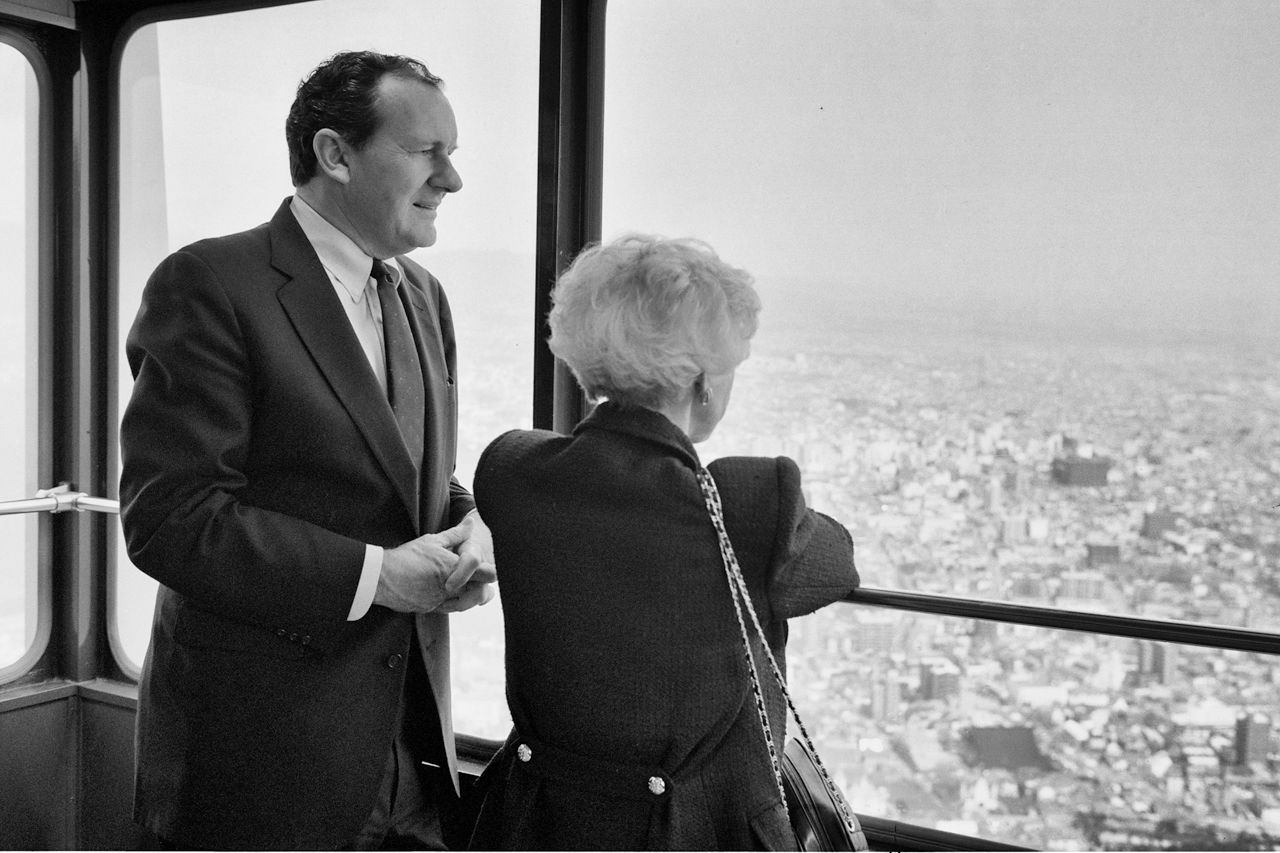