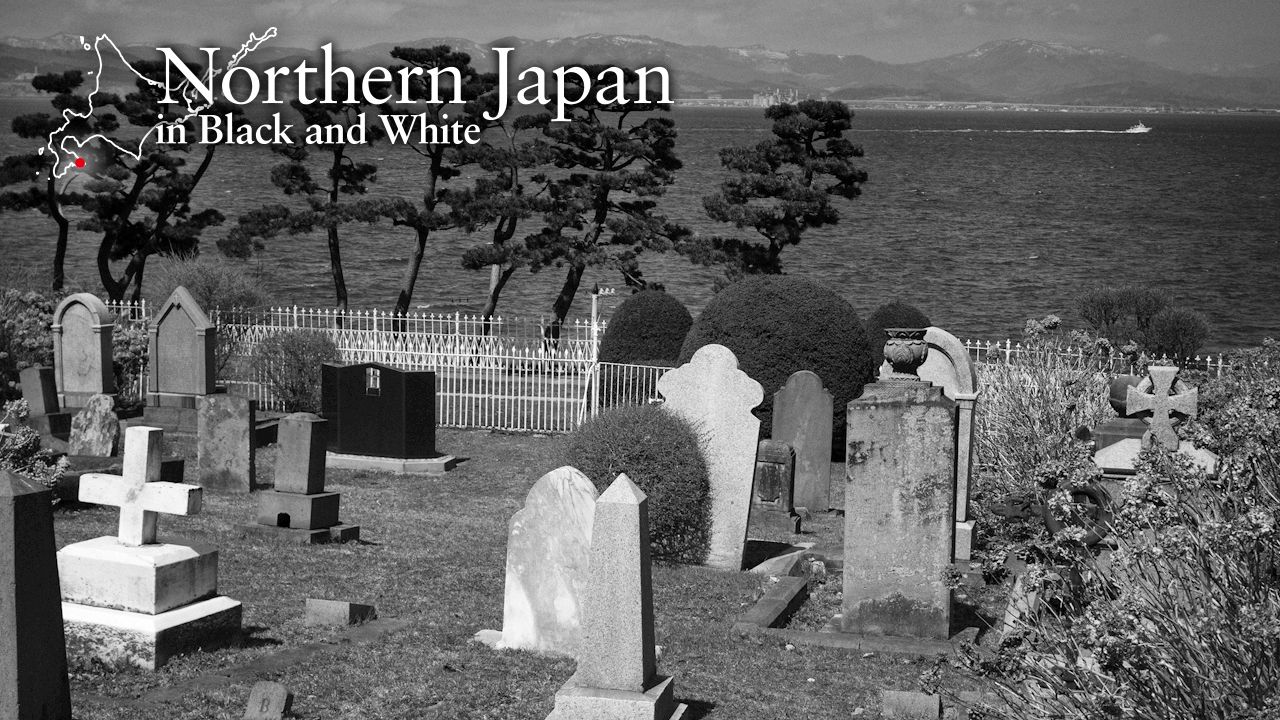 Handel’s funeral march, played on fife and drum, echoes through the streets of Hakodate. It is 1854, and two of US Commodore Matthew Perry’s crew, 50-year-old James Wolfe and 19-year-old George Remick, have succumbed to terminal illness in this foreign land.

The navy funeral as depicted in Amerika ichijō utsushi, a compilation of accounts of Perry’s visit to Hakodate. (Courtesy of the Hakodate City Central Library collection)

Wolfe and Remick were buried on high ground at the foot of Mount Hakodate. This was the beginning of the protestant Foreign General Cemetery, which would become the final resting place of 41 departed souls from places such as the United States, Britain, Germany, Italy, and Portugal. Russian Orthodox, Catholic, and Chinese cemeteries were later built nearby. 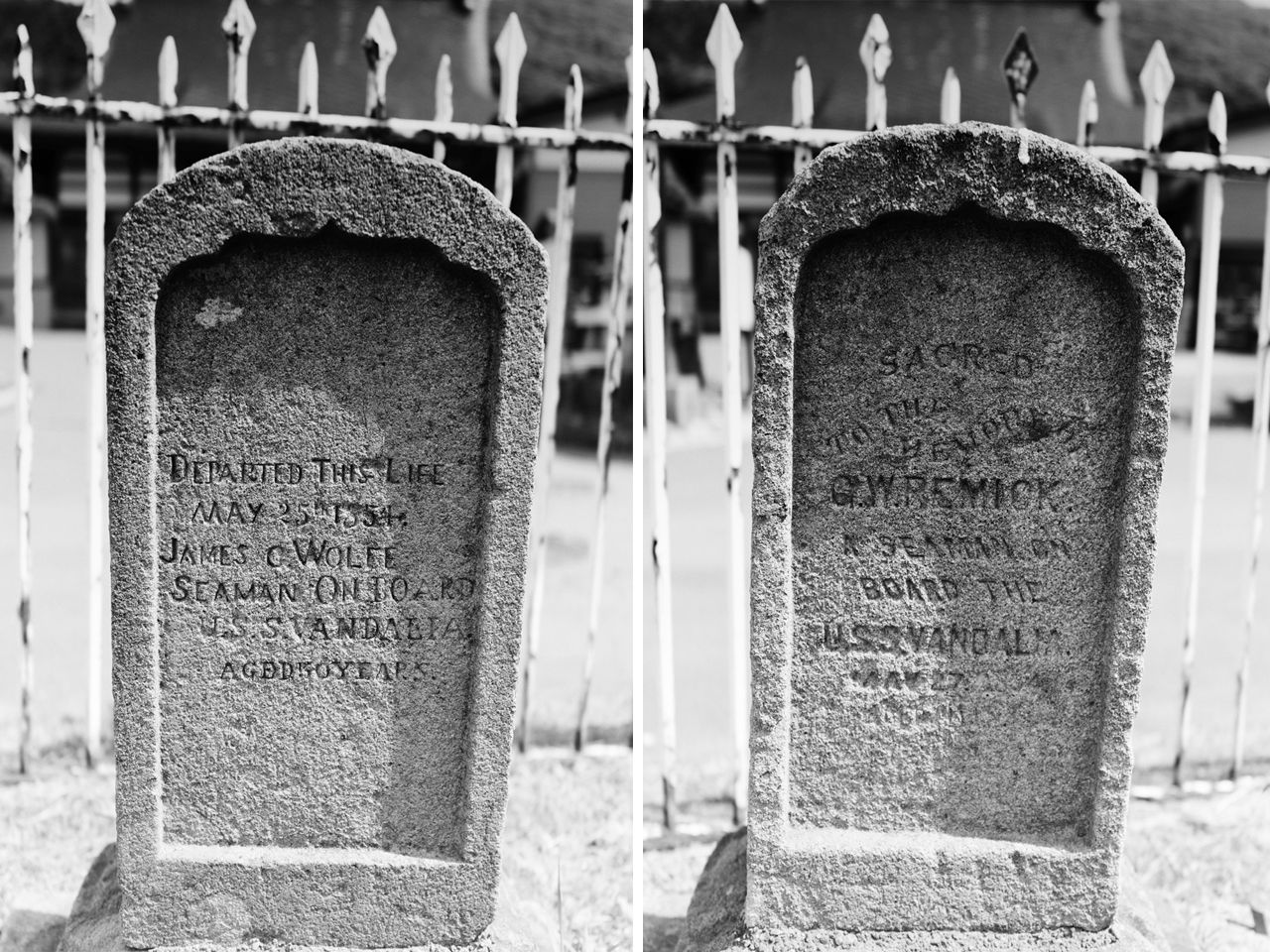 The graves of Wolfe (left) and Remick.

When Perry left Hakodate, he asked the leaders of the Matsumae clan, who ruled the area, to erect a monument bearing a eulogy for the two sailors. In 1954, as part of the centennial celebration of Perry’s arrival in Japan, a monument was unveiled beside the graves of Wolfe and Remick on which was inscribed the following poem:

Sleeping on a foreign shore,
Rest, sailor, rest! thy trial o’er;
Thy shipmates leave this token here,
That some, perchance, may drop a tear,
For one that braved so long the blast,
And served his country to the last.

No doubt Perry’s men assembled on the decks of their ships with flags at half-mast and fired a cannon salute to farewell their comrades in arms. According to the proprietor of nearby Cafeteria Mōrie, descendants of those buried in the cemetery do sometimes come from overseas to pay their respects. 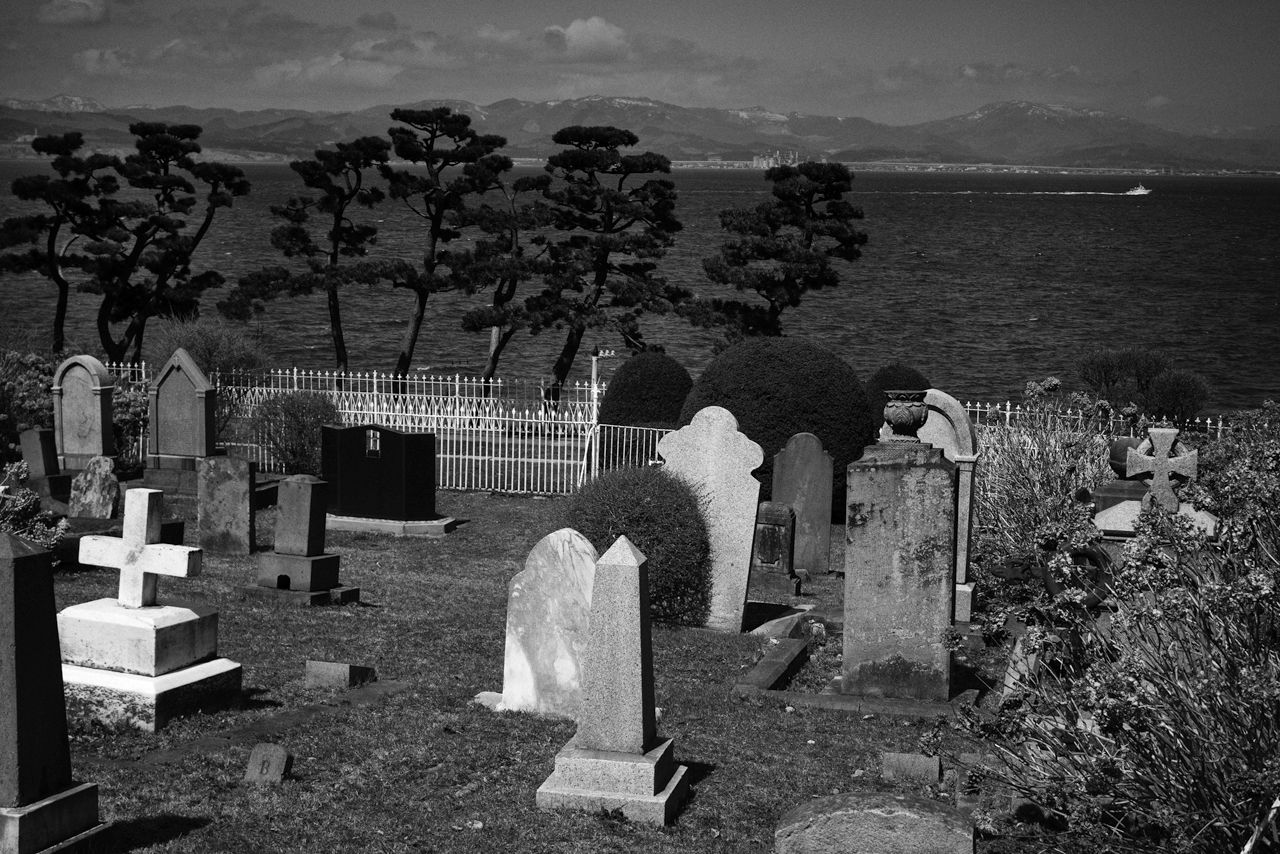