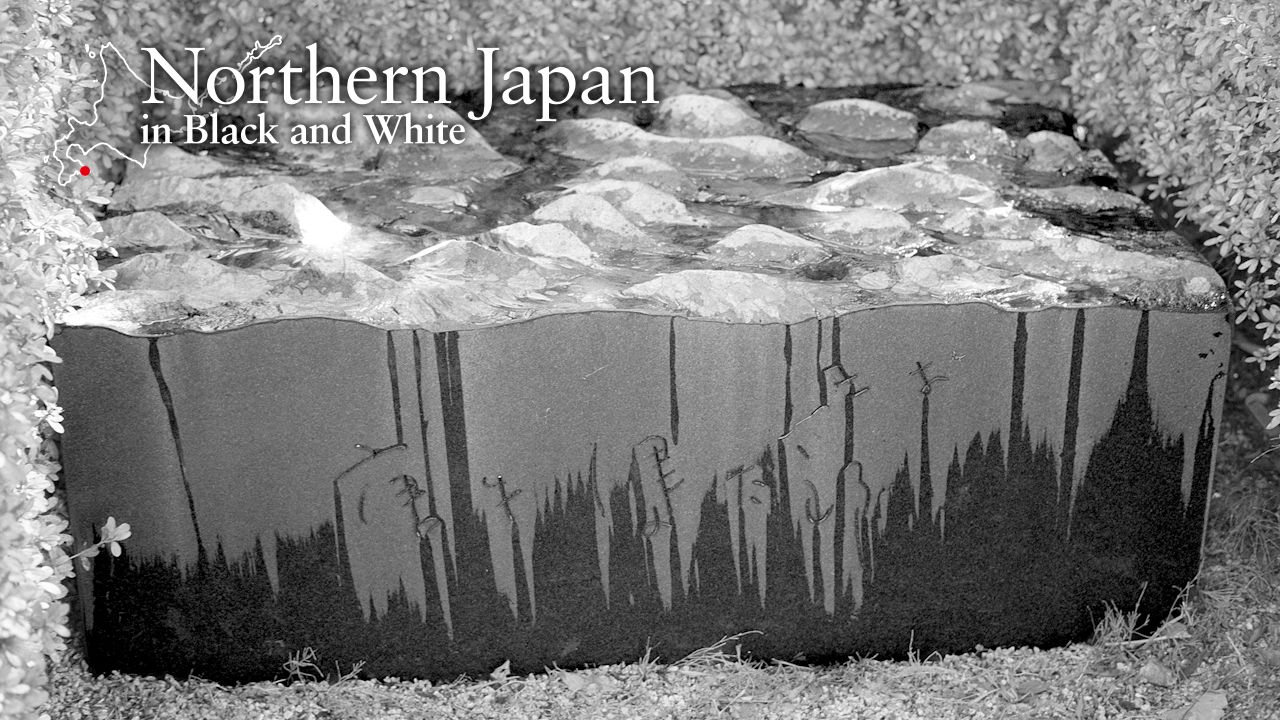 In 1960, I was a college freshman with a buzz cut. Protests over the renewal of the Japan-US Security Treaty (usually called “Anpo” for short in Japanese) were at their height. Students threw up barricades and signs on campuses around the country and demonstrators surrounded the Diet building daily, demanding the removal of Prime Minister Kishi Nobusuke.

The National Federation of Students’ Self-Government Associations, or Zengakuren, was heavily involved in this conflict. The group’s leader at the time was Hakodate-born Karōji Kentarō, who was said to be even cooler than then movie heartthrob Ishihara Yūjirō.

I did my share of chanting in the streets, but I also found my way to Ginza in Tokyo to see Bucky Shirakata and His Aloha Hawaiians, who were all the rage at the time.

Some years later, in a tiny bar in the Daimon neighborhood of Hakodate, I saw a sun-bronzed Karōji sitting at the counter.

It was the 70s, and he was now a fisherman up in Monbetsu along the coast of the Sea of Okhotsk. He was in Hakodate to see high school friends and visit his mother Kiyo, who had raised him on her own by working as a geisha and post office employee. “I’m still dining off Anpo,” he said to a former comrade, but otherwise he drank quietly without bringing up the past, revealing the depth of his character. 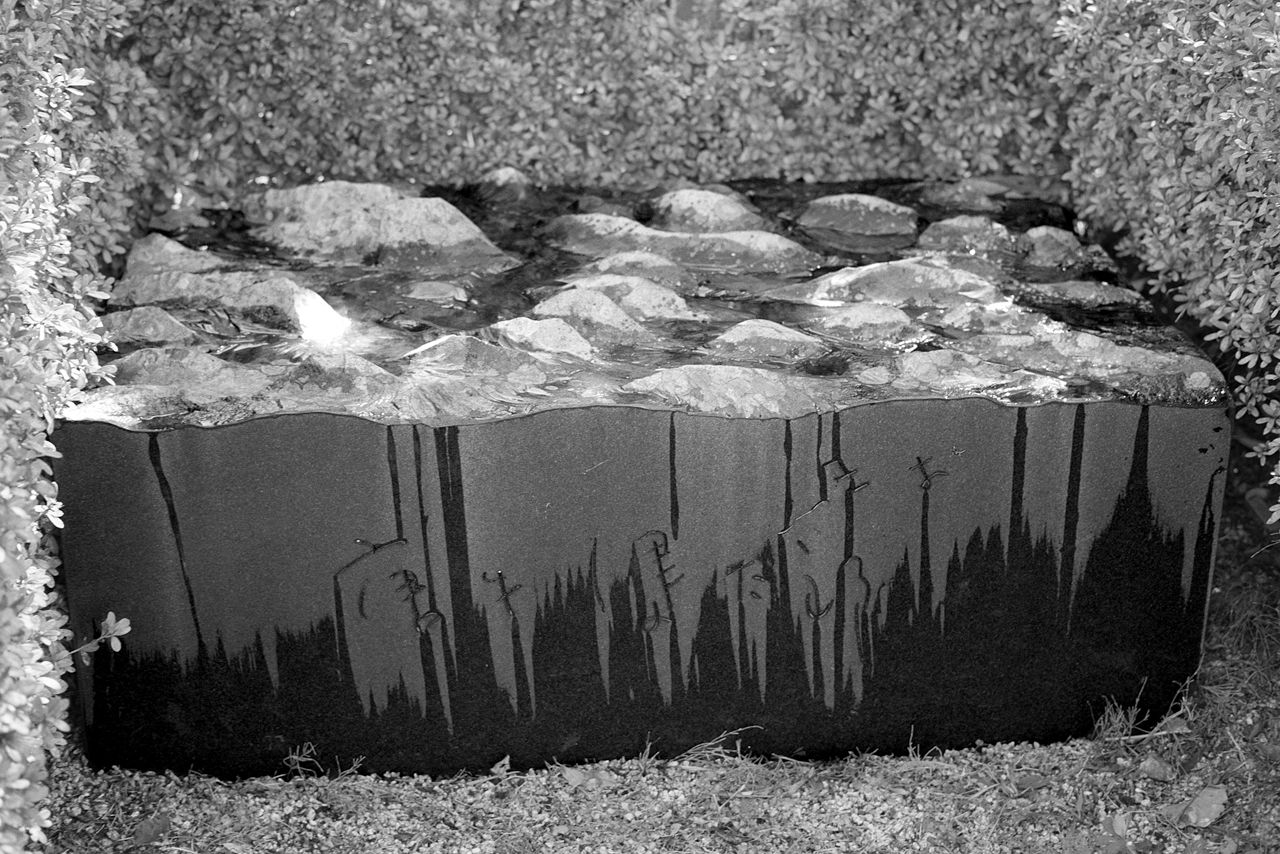 Karōji Kentarō’s grave at the foot of Mount Hakodate in a photograph taken after rain. Sculpted by Akiyama Yūtokutaishi, the gravestone evokes the waves of the Sea of Okhotsk.

Karōji died of rectal cancer in 1984 at the age of 47, leaving behind his wife Makiko. I understand that his fisherman colleagues covered his casket in the flag that is hoisted by ships coming in from the ocean when they are carrying a rich haul.

He rests at the foot of Mount Hakodate, where he can gaze on his beloved ocean. When I visited the grave in the summer of 2019, I notice the name of Makiko, who had died two years earlier, had joined those of her husband and mother-in-law Kiyo. Now the entire Karōji family slumbers together. A cold rain fell as I surveyed the familiar offerings on the grave: flowers, one-cup sake. As the evening sun fell, I gazed in the distance at the squid-fishing boats hurrying to their fishing grounds.

I once attended a lecture delivered in Hakodate by Nishibe Susumu, a Zengakuren friend of Karōji’s who later become a professor at the University of Tokyo. At a gathering after the event, he said something that stayed with me: “He was the only person I could never stand up to . . .” This was eight years after Karōji’s death. Just over a year later, Nishibe was found drowned in the Tamagawa river. 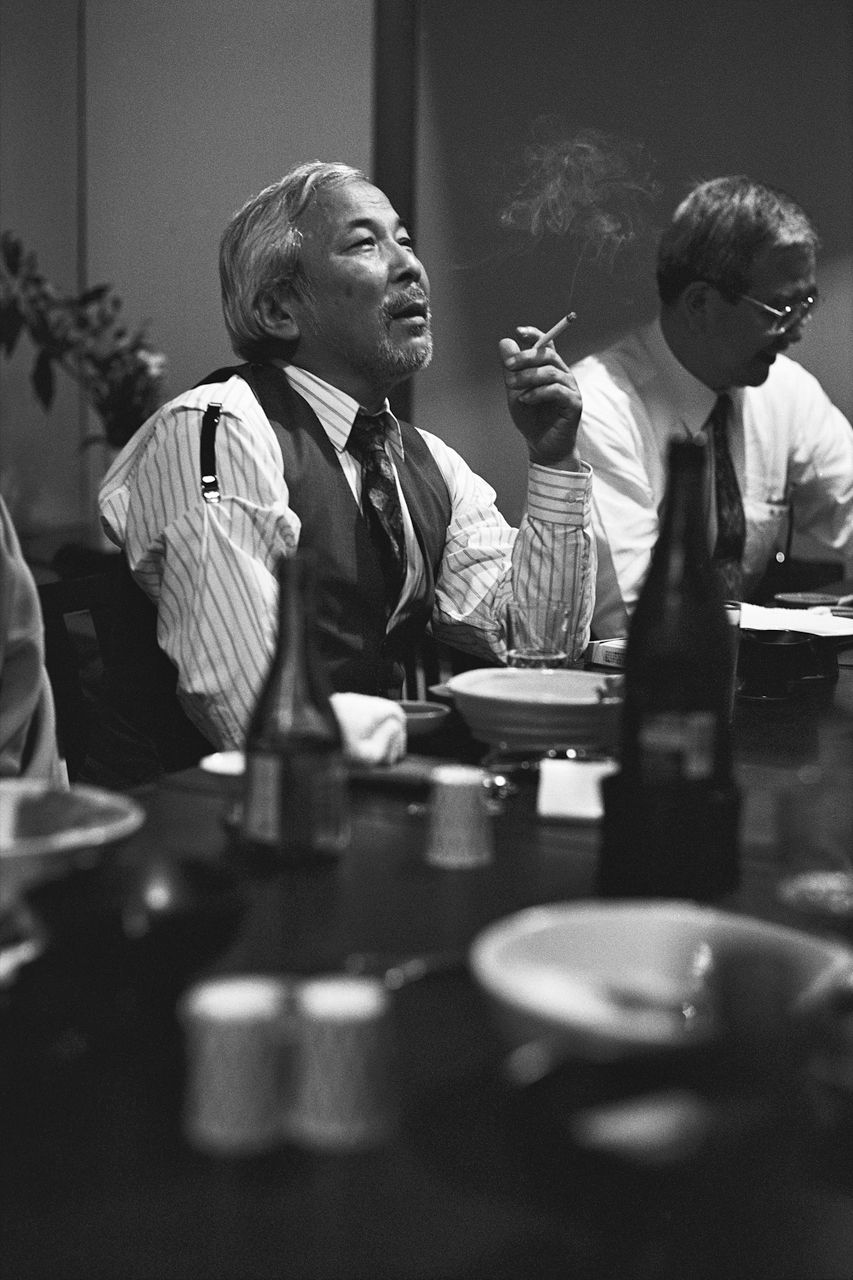 Access: 20 minute-walk from the Hakodate-dokku-mae stop on the Hakodate City Tram, near the Foreign General Cemetery.