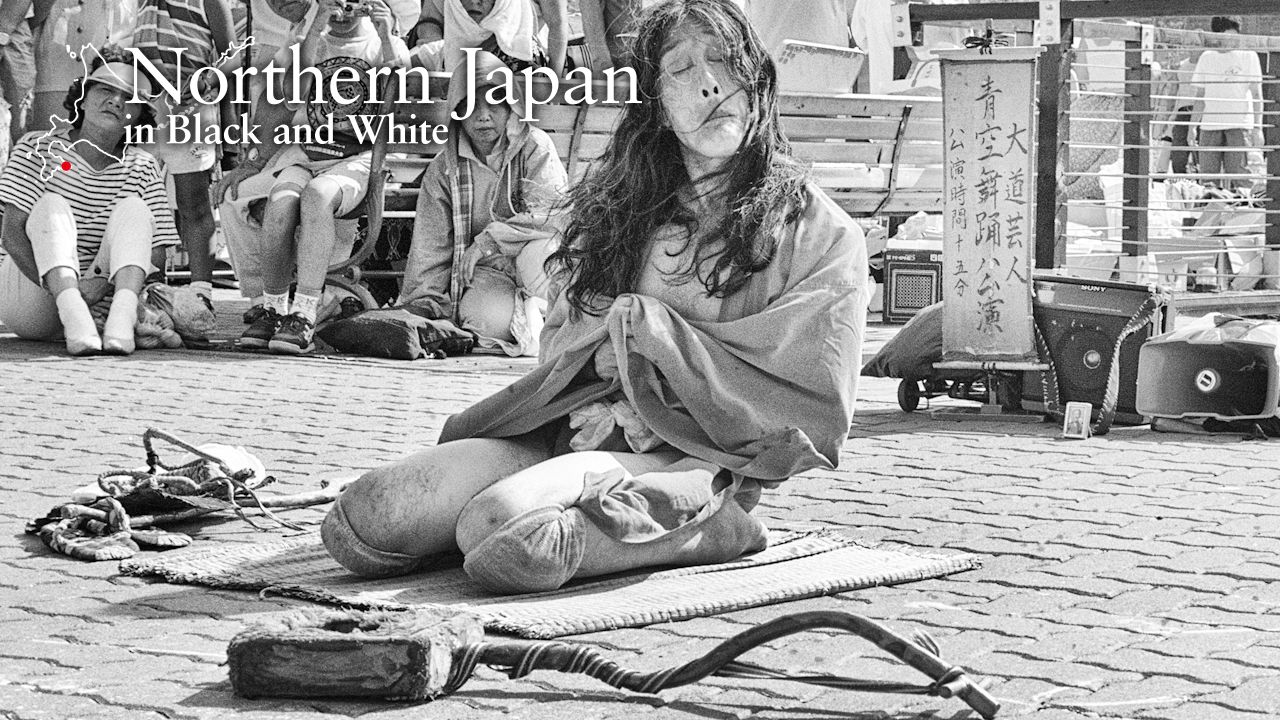 Gilyak Amagasaki’s distinctive stage name is a nod to the 90-year-old street performer’s physical resemblance to the Gilyak, or Nivkh, people of Russia and Sakhalin Island. Born Amagasaki Katsumi, he hails from Hakodate but has performed his wild dances on street corners across Japan and beyond. 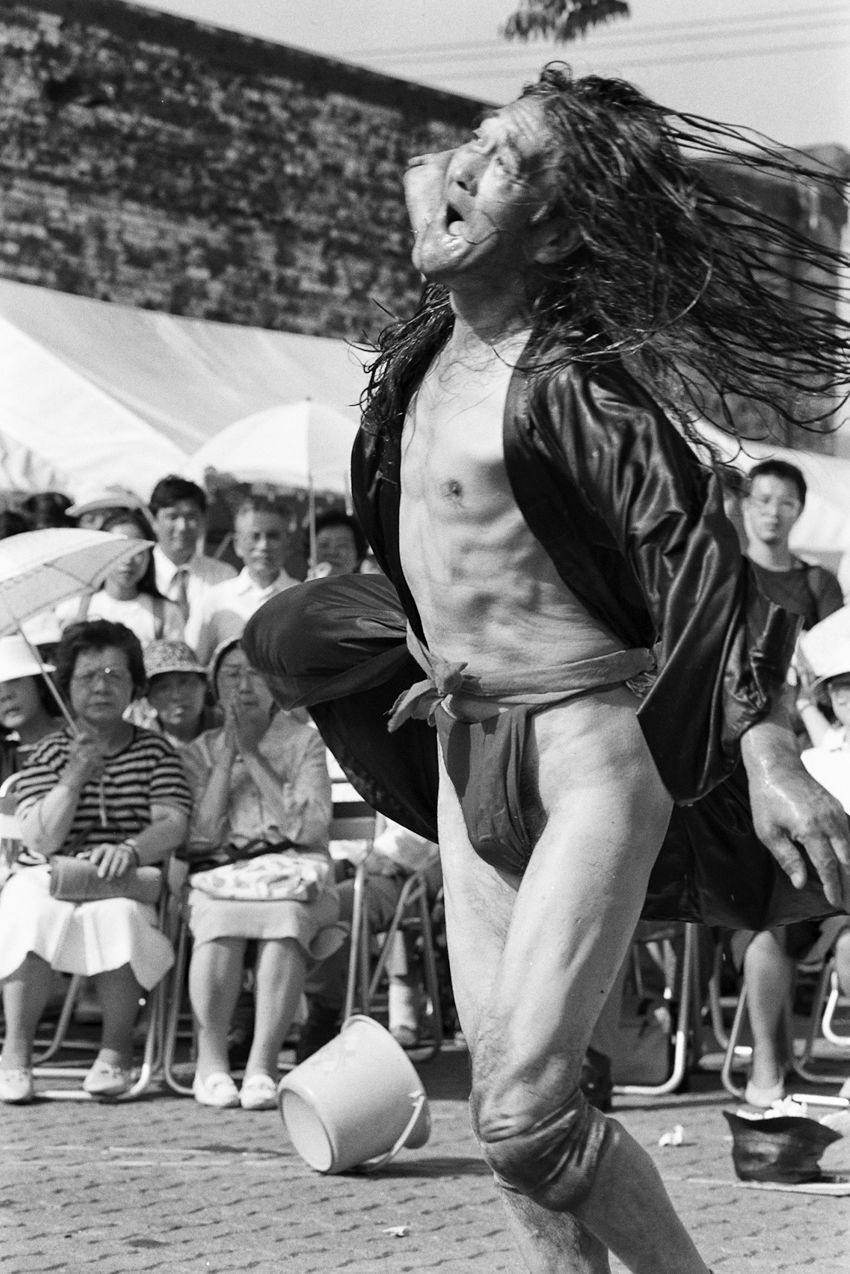 France, China, South Korea, Russia—every one of these countries has seen Amagasaki’s dancing. In Paris, he danced in the middle of the Champs-Élysées until the police halted his performance and told him that he needed to wear more than a single red fundoshi loincloth. In the regions devastated by the 1995 Great Hanshin Earthquake and the 2011 Great East Japan Earthquake and tsunami, as well as Ground Zero in New York City, he performed his “dance of prayer” for the pacification of the victims’ souls. 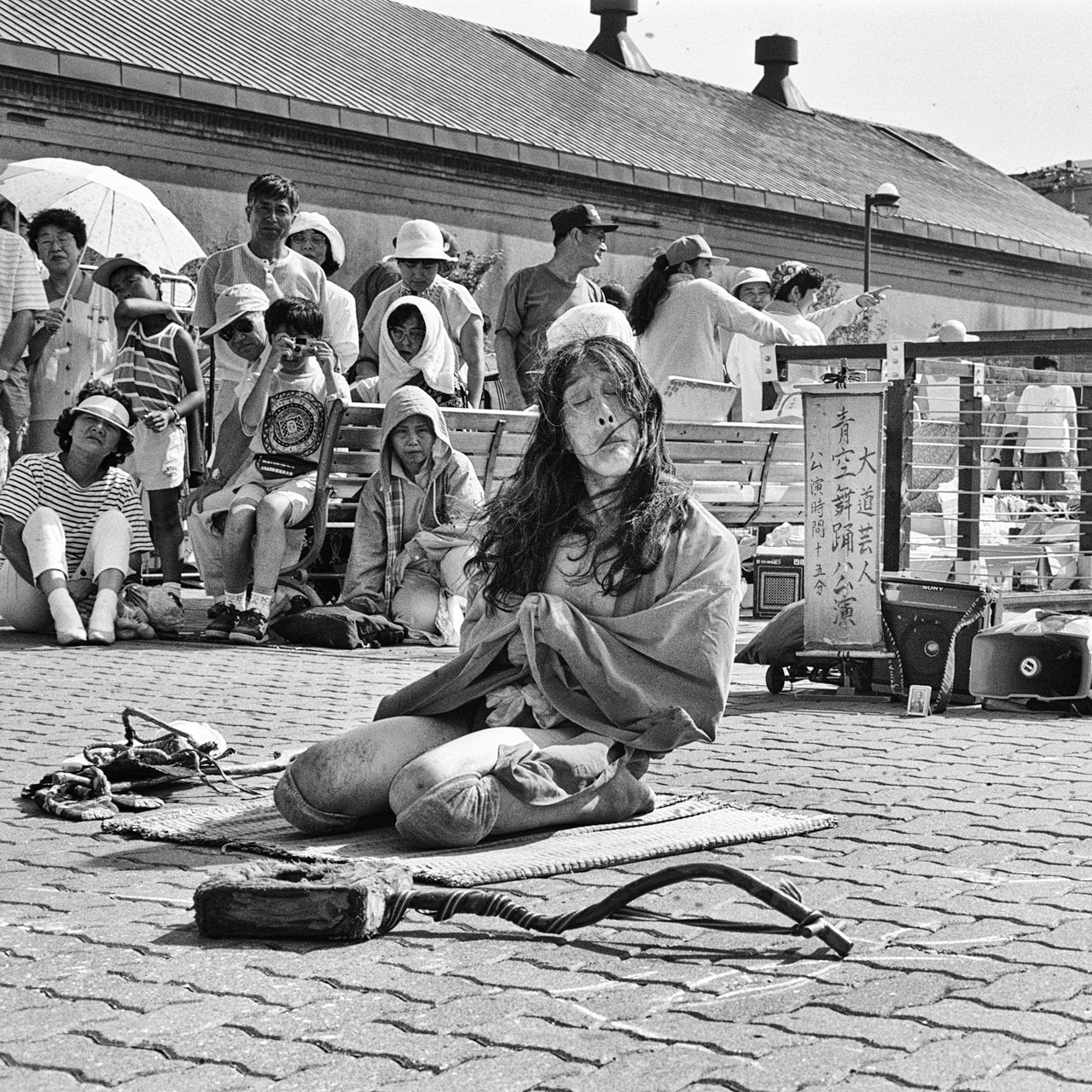 Amagasaki launched his career as a daidōgei street performer half a century ago in Sukiyabashi, part of Tokyo’s Ginza district. He was in his thirties then, and he has survived solely on contributions from his audience since. In the summer of 2019, I saw Amagasaki dance in the plaza at Daimon, Hakodate, not far from where he grew up.

On that day, Amagasaki made his entrance in a wheelchair, parting a deep wall of people. Parkinson’s Disease is slowly robbing him of control of his body. After speaking movingly of his belief that being born in Hakodate made him what he is today, he abandoned his wheelchair and began performing his best-known works, including “A Jongara Invocation” (Nenbutsu jongara), “Duel” (Hatashiai), and “A Life in Jongara” (Jongara ichidai). 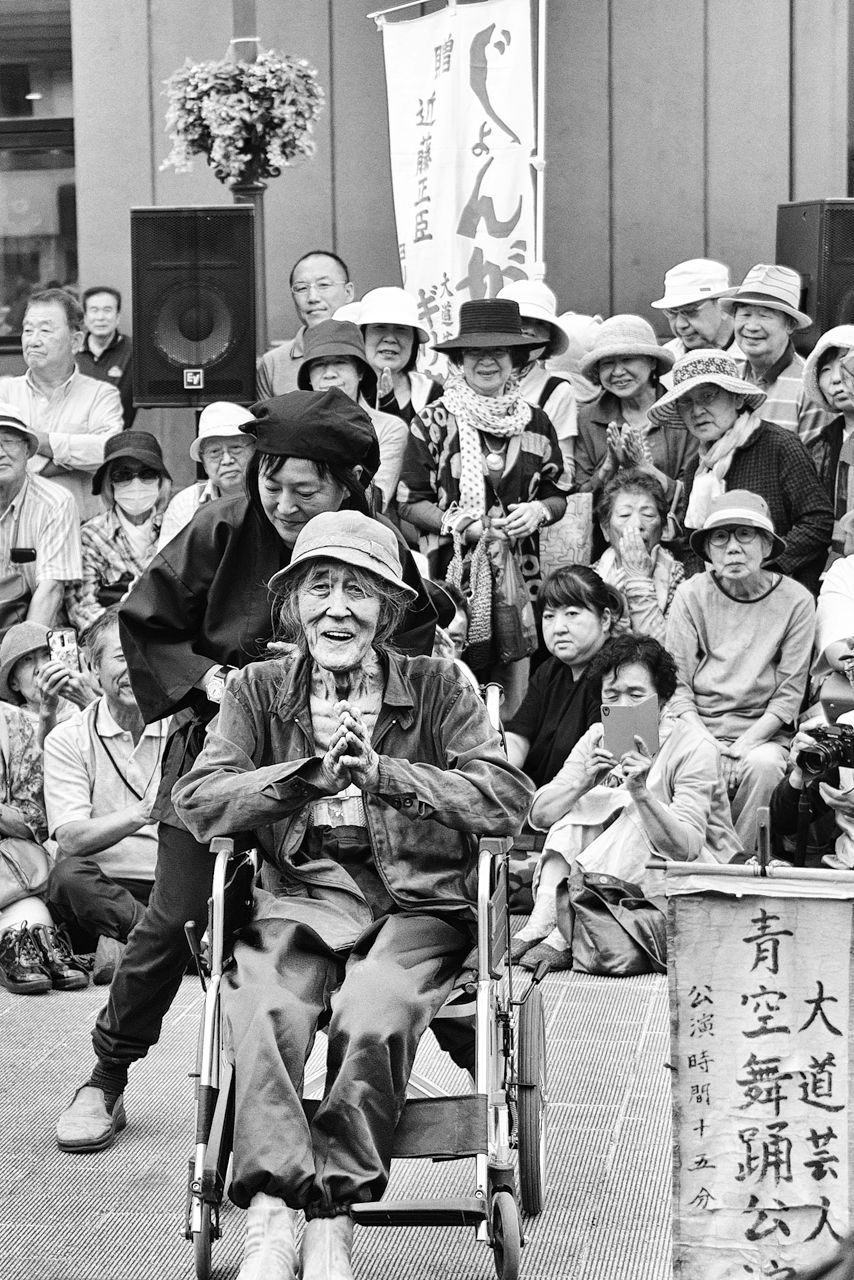 A triumphant hometown performance at the age of 89. (Daimon, Hakodate, 2019)

Sometimes he prostrated himself like a Tibetan Buddhist monk in prayer; at other times, he took the hand of a spectator or picked up a child, becoming one with the people who surrounded him. In years past he would pour a bucket of water over his head, but he uses a water bottle now. This open-air dance recital drew applause and laughs—not to mention an ever-growing heap of coins. Amagasaki’s elegance was overwhelming.

The hometown performance ended in a duet with Tsugaru-jamisen master Takahashi Chikuzan II. Amagasaki’s well-known work “A Life in Jongara” is about the first Takahashi Chikuzan, a blind musician who went from house to house playing his shamisen for money. As the strains of the shamisen rang out, Amagasaki embraced the dance. It was a triumphant return to the land of his upbringing.

I still have much to learn. I long to dance more sensually. Dressed only in a red fundoshi, the way of life he described to us was magnificent. 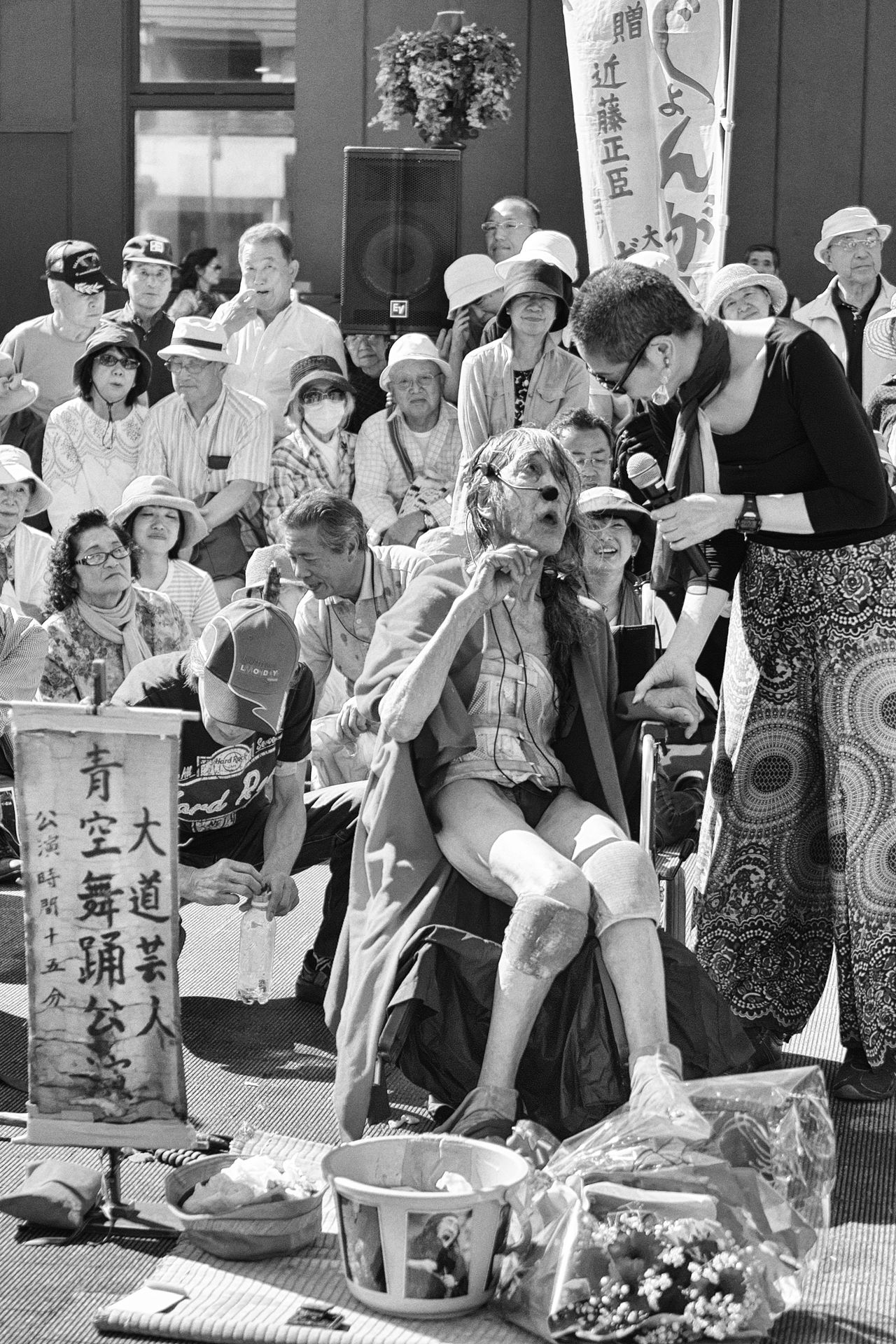