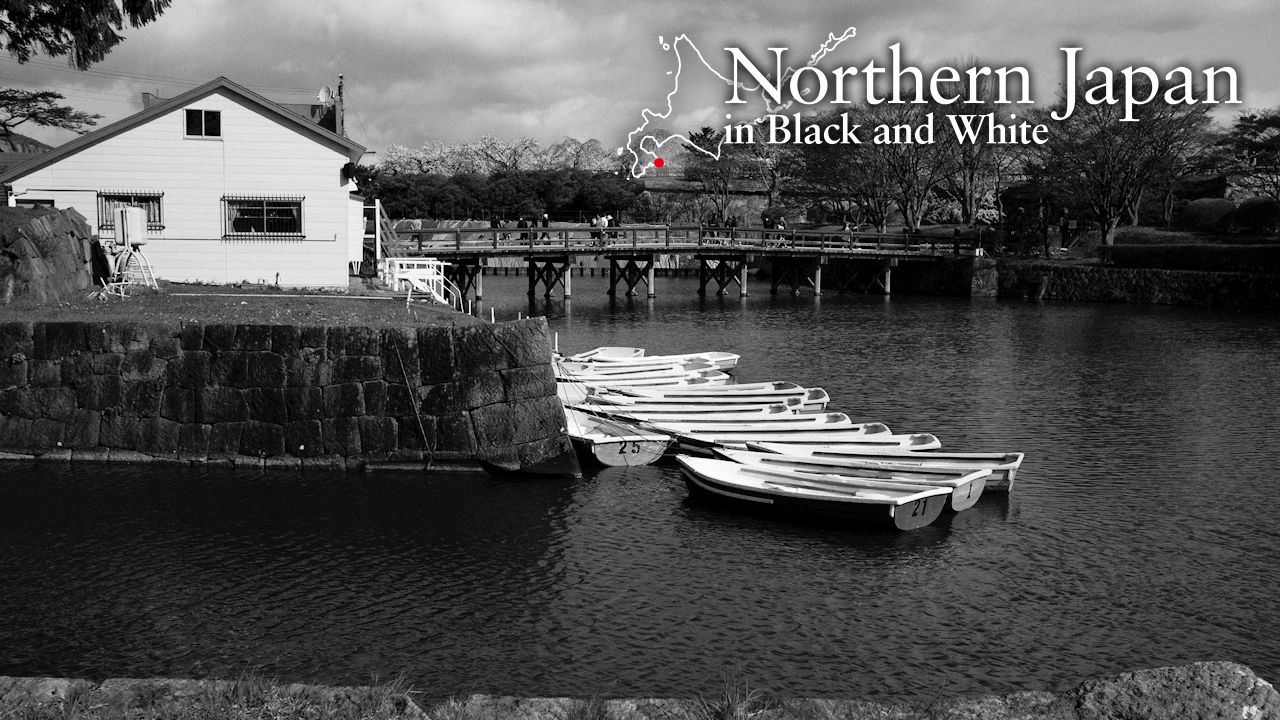 In the first years of the Meiji era (1868–1912), there was a store in Tokyo’s Ginza district famed for its chilled treats, including fresh ice water and ice cream. In a conversation between writers Tsutsui Tomomi and Arashiyama Kōzaburō, published in the February 2019 issue of Ginza Hyakuten (a local magazine published by the Ginza Hyakuten Organization), Tsutsui revealed that her uncle, well-known actor Shin Kinzō, was the grandson of the store’s founder. The name of the store was the Hakodateya. 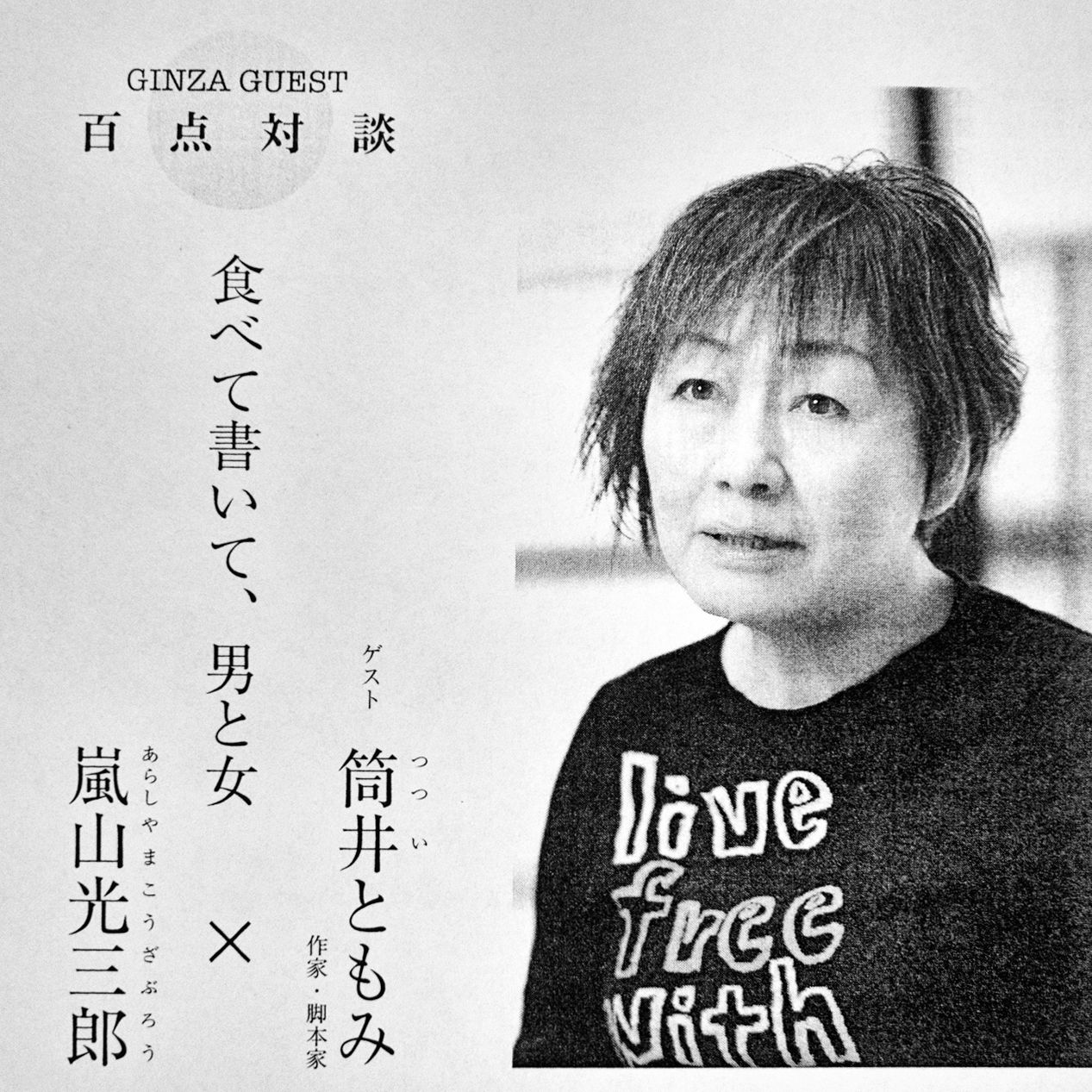 In this installment of this series, I would like to take a closer look at the Hakodateya’s history. The below account is based on Tsutsui’s comments, with additional information from Uchida Roan’s Ginza hanjōki (A Record of Ginza’s Flourishing) and Yamamoto Shōgetsu’s Meiji sesō hyakuwa (A Hundred Tales of Meiji Society).

The Hakodateya was established by Shin Taizō, a former samurai of the Owari Domain in central Japan. During the Boshin Civil War of 1868 to 1869, a conflict that pitted the shogunate against forces supporting the newly crowned Emperor Meiji, Shin led shogunal forces at Hakodate’s Goryōkaku Fort under Admiral Enomoto Takeaki. He took a bullet in the lower back, but escaped with his life by hiding in a civilian home.

After the war, Shin moved to Tokyo and decided to go into business in Ginza selling ice cut from Goryōkaku’s moat. By that time, Hakodate was a thriving international port—the ice was shipped direct to Yokohama—but it was still the only year-round source of natural ice. It was also a place burned in Shin’s memory for life. And so, in 1876, the Hakodateya opened its doors. 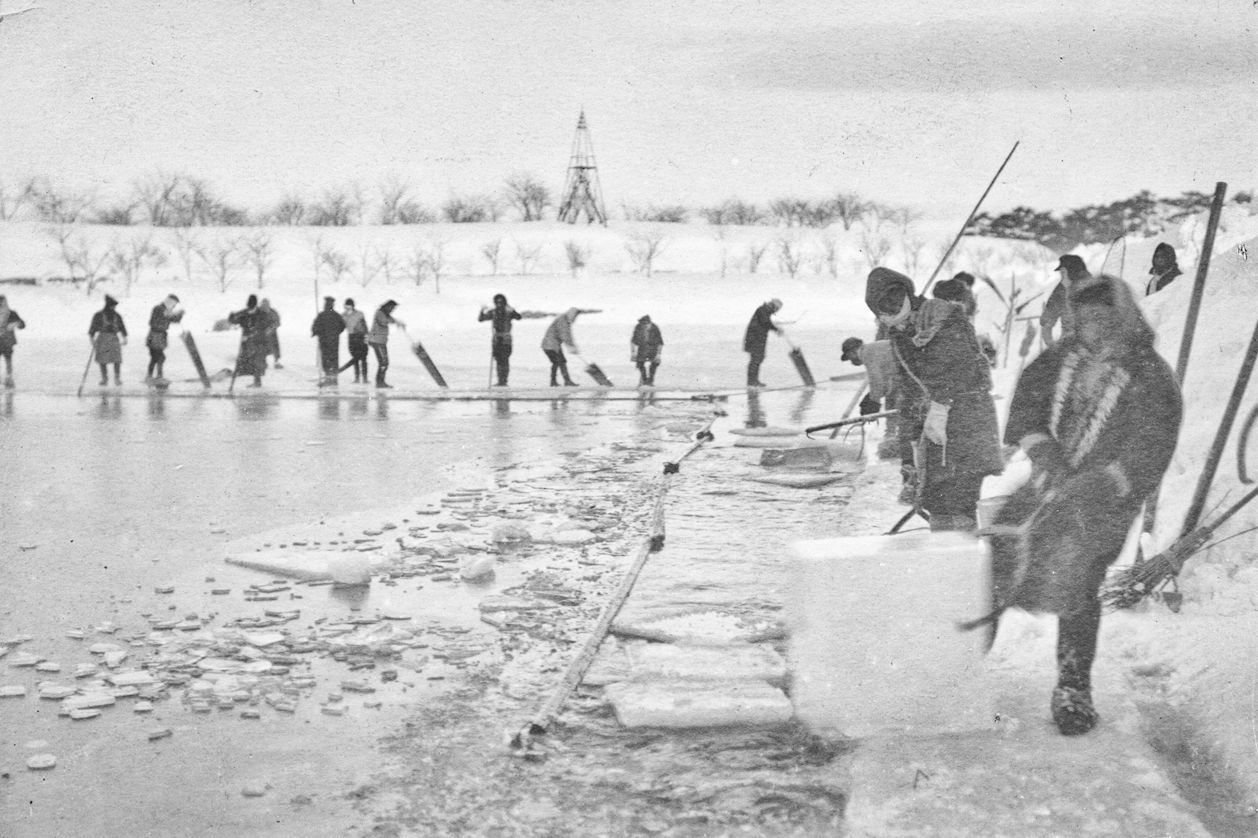 Cutting ice from Goryōkaku’s moat in the Meiji era. (Courtesy of the Hakodate City Central Library)

There were already houses in Yokohama’s foreign enclave where ice cream could be enjoyed, but the Hakodateya started making and selling it in Ginza too. According to Shin, his grandfather learned to make ice cream from an officer in the French Military Mission to Japan who fought in the Battle of Goryōkaku on the shogunal side. The store’s seed capital, meanwhile, was borrowed from Admiral Enomoto.

The narrow premises of the Hakodateya were located somewhere in what is now Ginza Rokuchōme, across Ginza-dōri from today’s Ginza Six shopping complex. A door at the back of the store led to a wine bar whose shelves were lined with bottles purchased from Russian refugees and other foreign sources. Because it sold wine by the glass, some consider it the ancestor of Tokyo’s so-called shot bars. During his time in Hakodate, Shin probably enjoyed the occasional glass of wine at the counter in English merchant Thomas Blakiston’s home. With his beer-barrel belly, unusual combination of Western clothes and Japanese wooden clogs, and constant boasting (in contravention of generally accepted standards of customer service at the time), Shin Taizō was one of the best-known men in Ginza. Unfortunately, after one particularly disastrous night of gambling, the Hakodateya passed into other hands. If nothing else, this was a suitably dramatic end to a remarkable life.

In Hakodate, which was one of three ports opened around Japan following the 1854 arrival of Commodore Perry’s “Black Ships,” there were resident consuls from 16 different countries, including the United States, England, France, Russia, and Holland. In addition to Blakiston, there were other foreign merchants like Brits Alex Porter and John Henry Duus, who ran a branch of the Hong Kong-based British trading company Lindsey & Co. All kinds of lifestyles and habits were brought to the city, and a richly international culture flowered there.

A defeated samurai from Goryōkaku, inspired by the sophistication of Hakodate, took ice from the frontier to Ginza, and opened the modern Hakodateya. 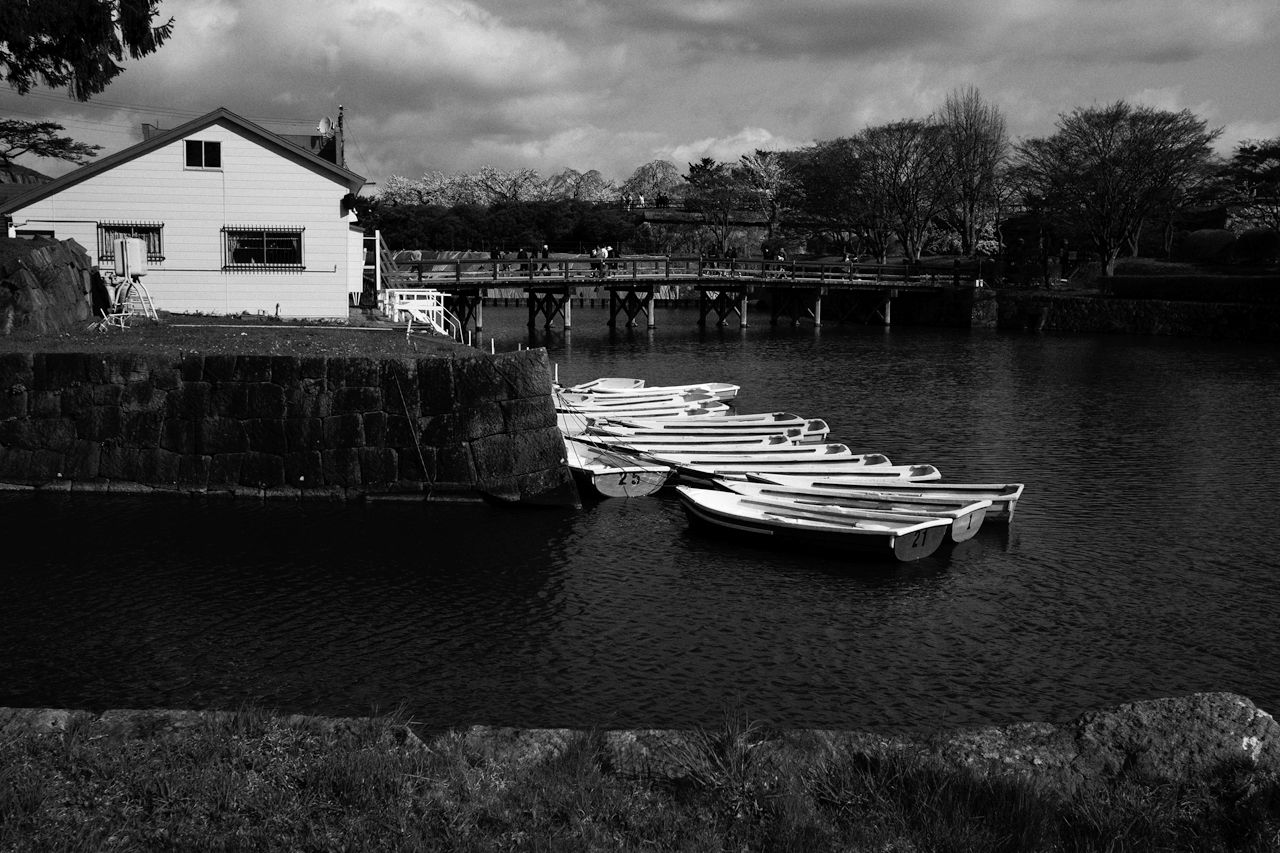 Goryōkaku Park. Ice was cut from the area beyond the bridge. (2019)

Getting there: 10 minutes on foot from the Goryōkaku-kōen-mae stop on the Hakodate City Tram