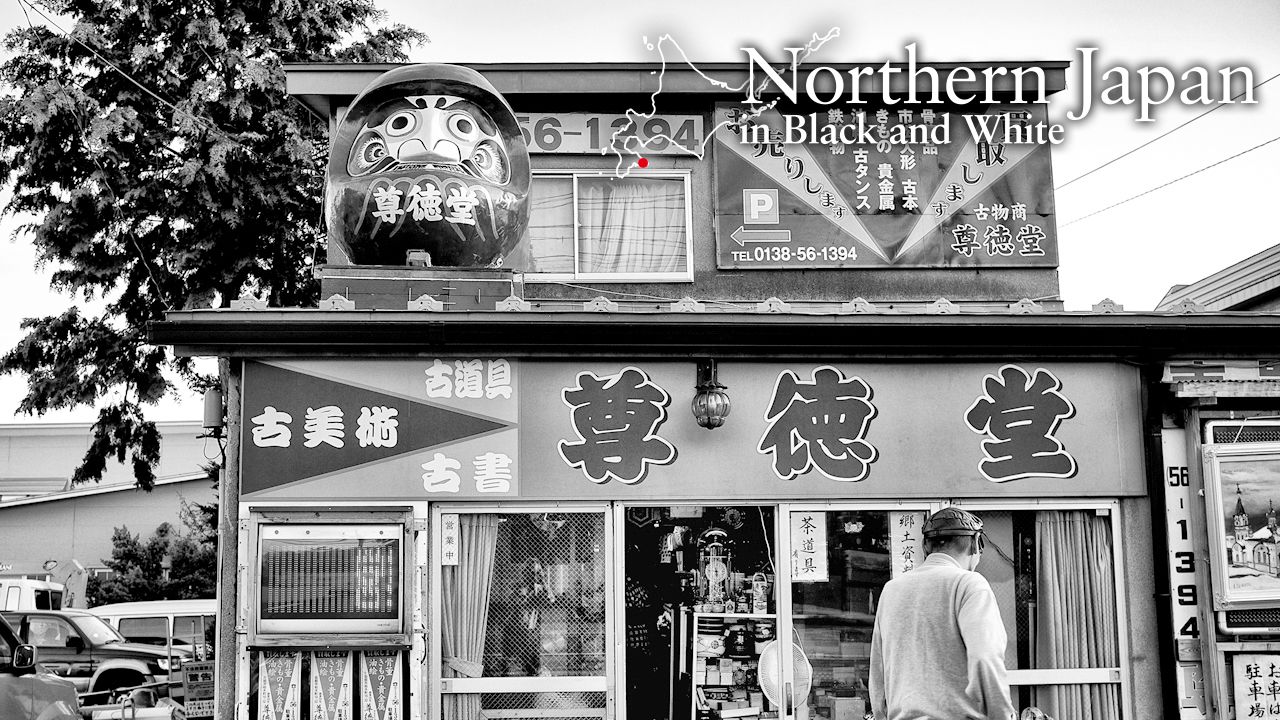 Sontokudō: “Daruma” and Antiques in Hakodate

The great daruma doll outside the shop Sontokudō languished for years beside a doghouse, strong in the rain and strong in the snow. Then, one fine summer day, it found its way atop the roof of the shop. Its shabby eyes had been refreshed by pink eyeshadow and it gleamed in the setting sun, seemingly in its element at last. Both passers-by and the shopkeeper, a man named Ishii, now smile when they look up at it. 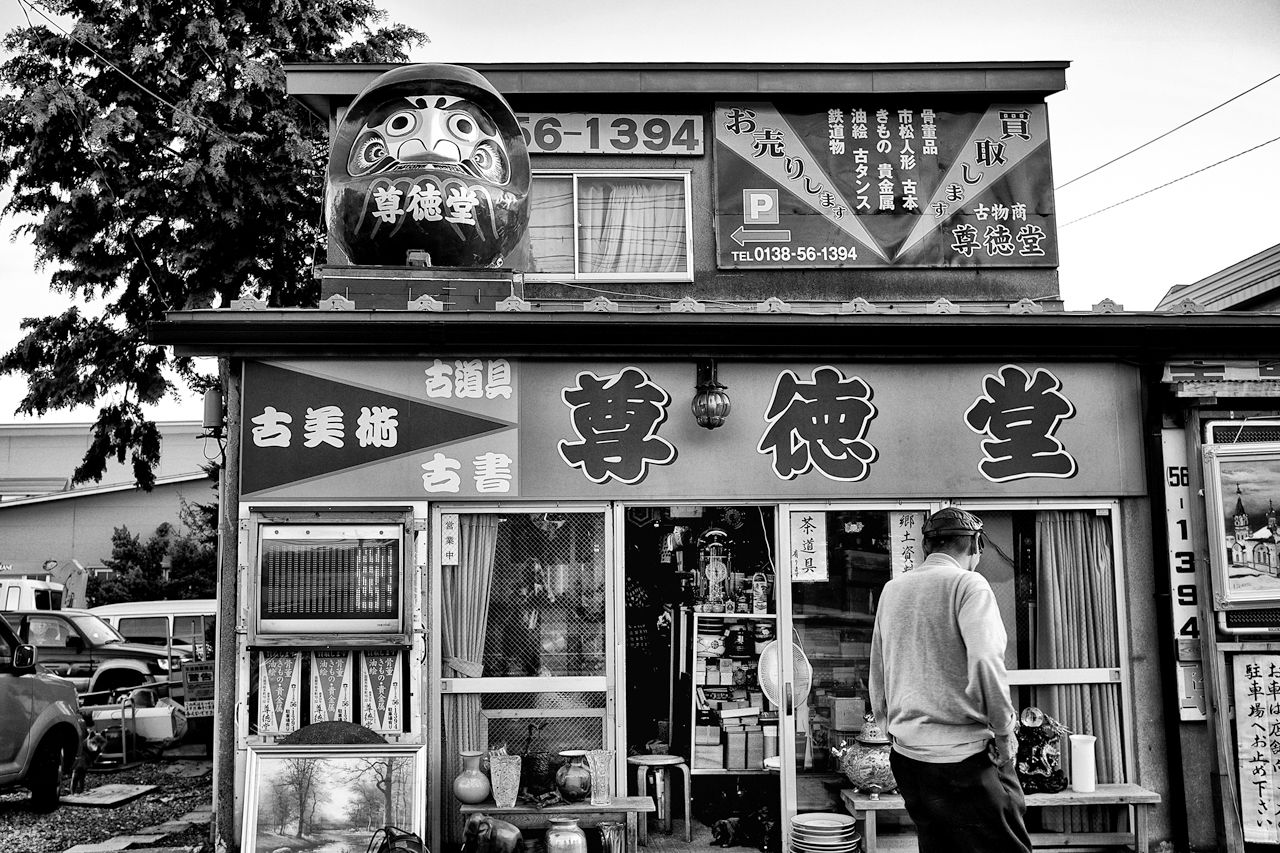 Sontokudō is an antique and curio store that opened not far from my home over forty years ago. Shopkeeper Ishii was a shipbuilder at the Hakodate Dock, but as the shipbuilding trade declined he switched to driving taxis. Then, learning that “even junk has value sometimes,” he leapt into the unknown world of antiquarianism. 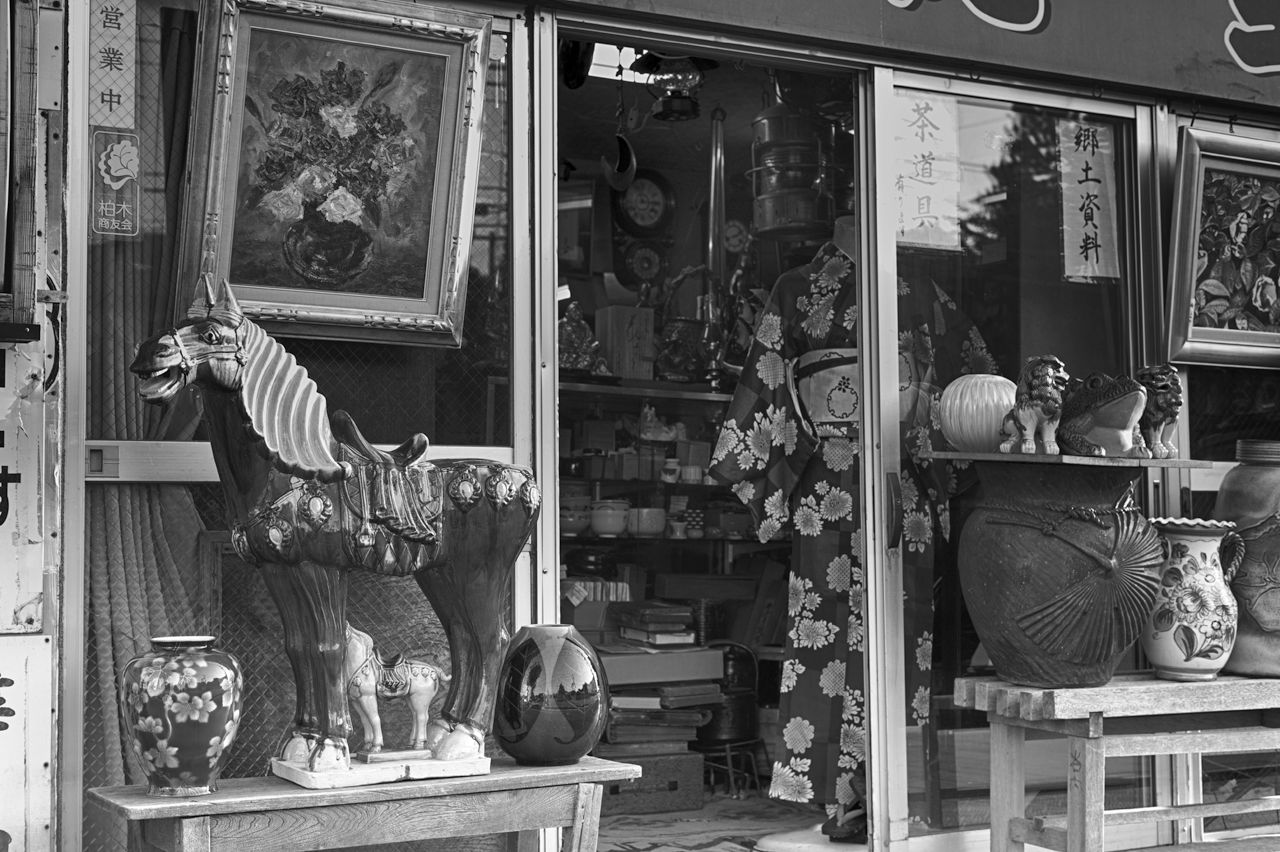 Is that horse ornament Tang sancai?

No sooner had he opened the store than he came across a thick bundle of papers in a shed outside his old family home that turned out to be correspondence between esteemed educator Fukuzawa Yukichi and a Hakodate merchant. The discovery aroused much excitement. Some people approached Ishii with offers to buy the letters; others urged him to donate them to a library. In the end they went to a secondhand bookstore in the city.

Ever since the daruma doll scaled the roof, brightening the atmosphere, Sontokudō has attracted more customers. Much like a lucky manekineko (beckoning cat) figurine, this daruma brings happiness into the premises. 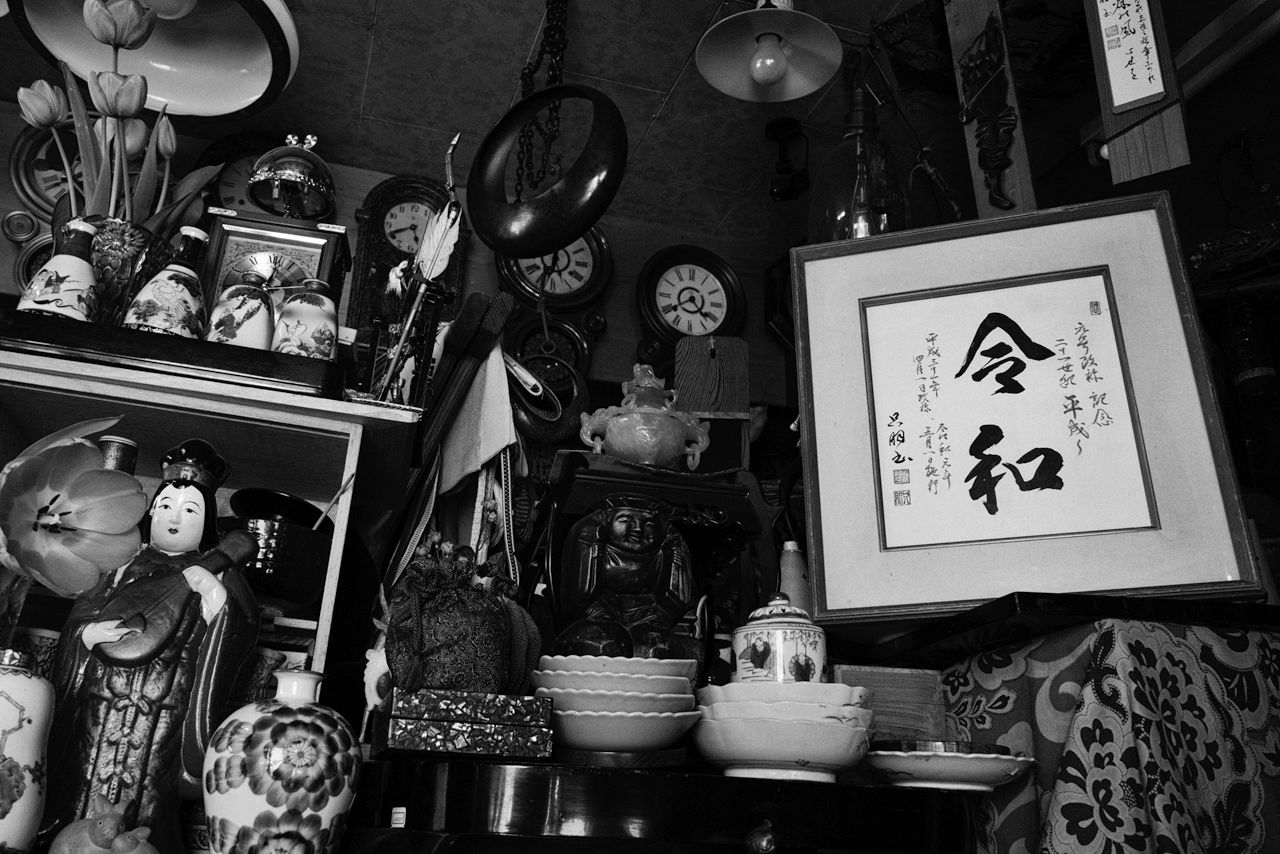 Getting there: Two minutes on foot from the Fukabori-chō stop on the Hakodate City Tram