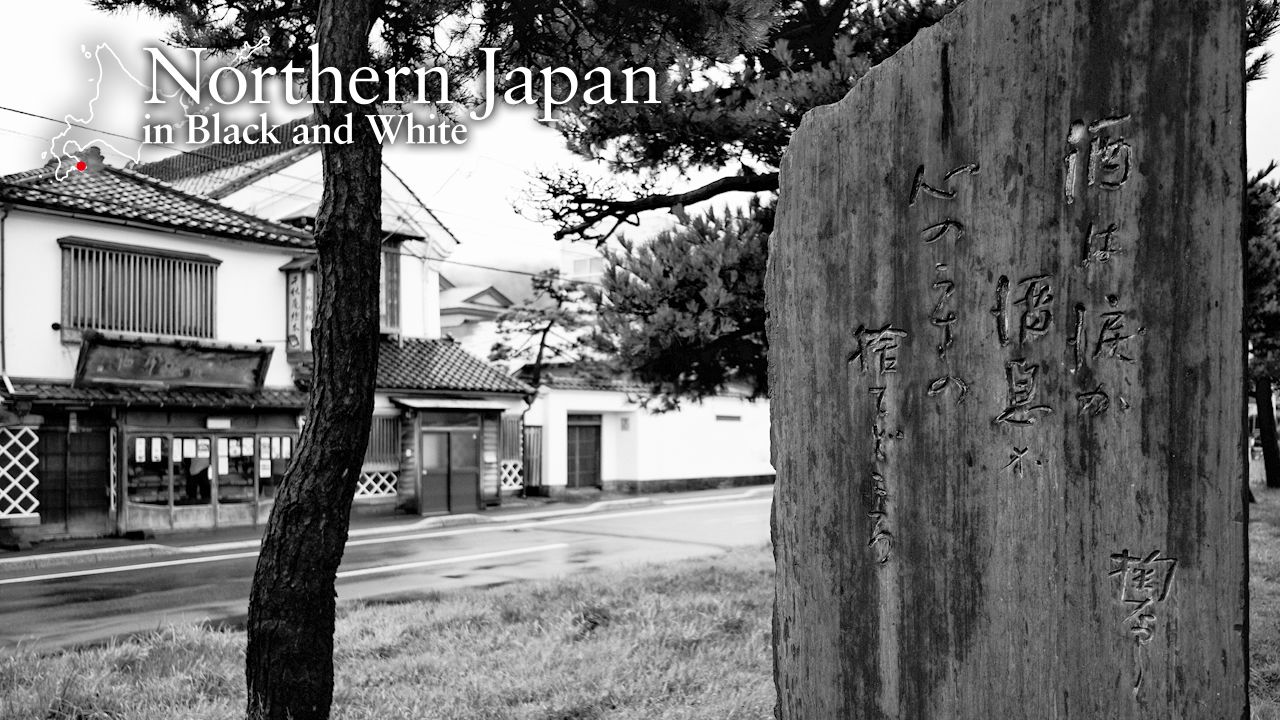 Sake Doth Move Us to Tears or Sighs

In the early decades of the twentieth century, Hakodate was considered to be the largest city north of Tokyo. The bustling metropolis drew people from across Hokkaidō, and further afield. Among the new arrivals was a young man from Nemuro named Takahashi Kikutarō.

Takahashi, enchanted by the mystique of the city where celebrated poet Ishikawa Takuboku had once loved, arrived in 1922 and found work as a reporter at daily newspaper Hakodate Nichinichi Shimbun. He became a habitué of Ginza Street, where the cafés exuded all the sophistication that befit a modern harbor town. 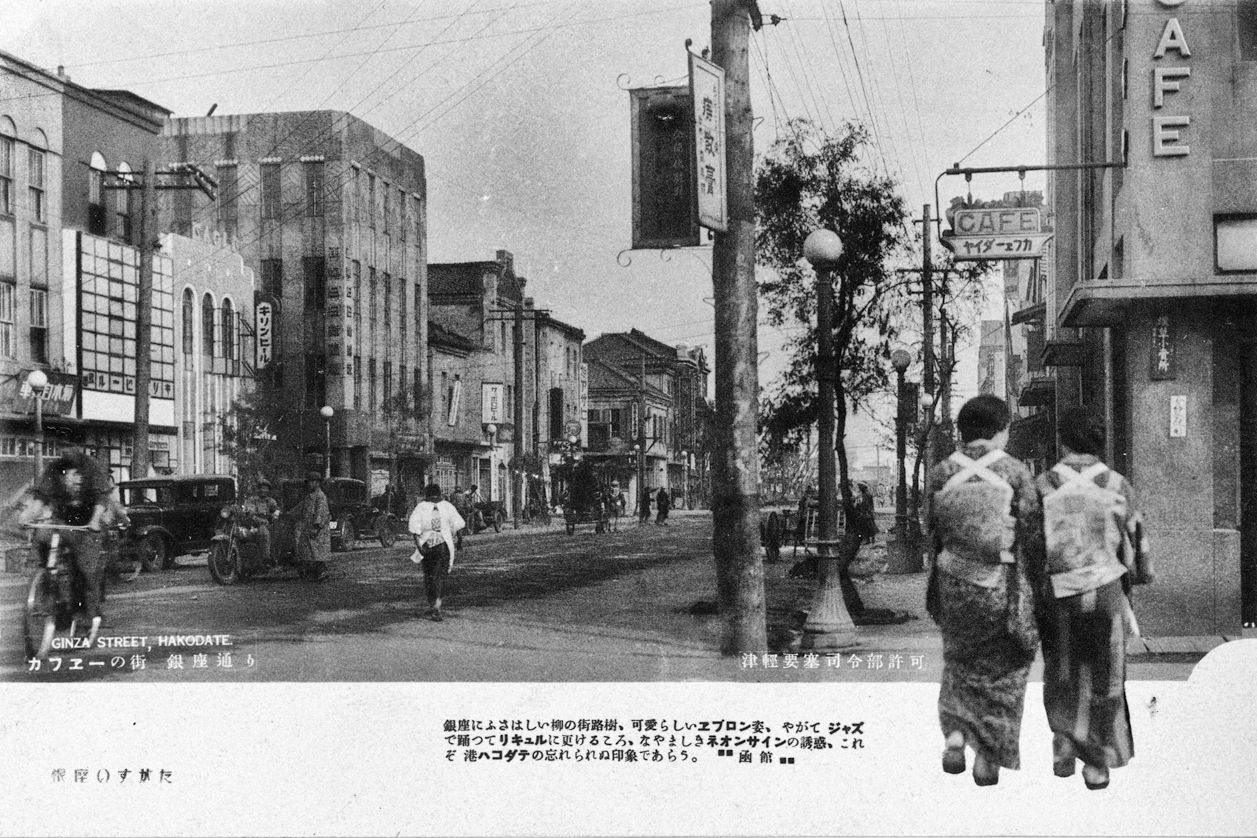 Ginza Street in 1933. (Courtesy of the Hakodate City Central Library)

One night, when Kikutarō learned that circumstances were forcing the retirement of a favorite geiko—a traditional female entertainer—he composed a poem for her on the spot. Written on a fan, it went as follows:

In these brief lines he captures both the elegance of Ginza Street and all the joys and sorrows of drinking. 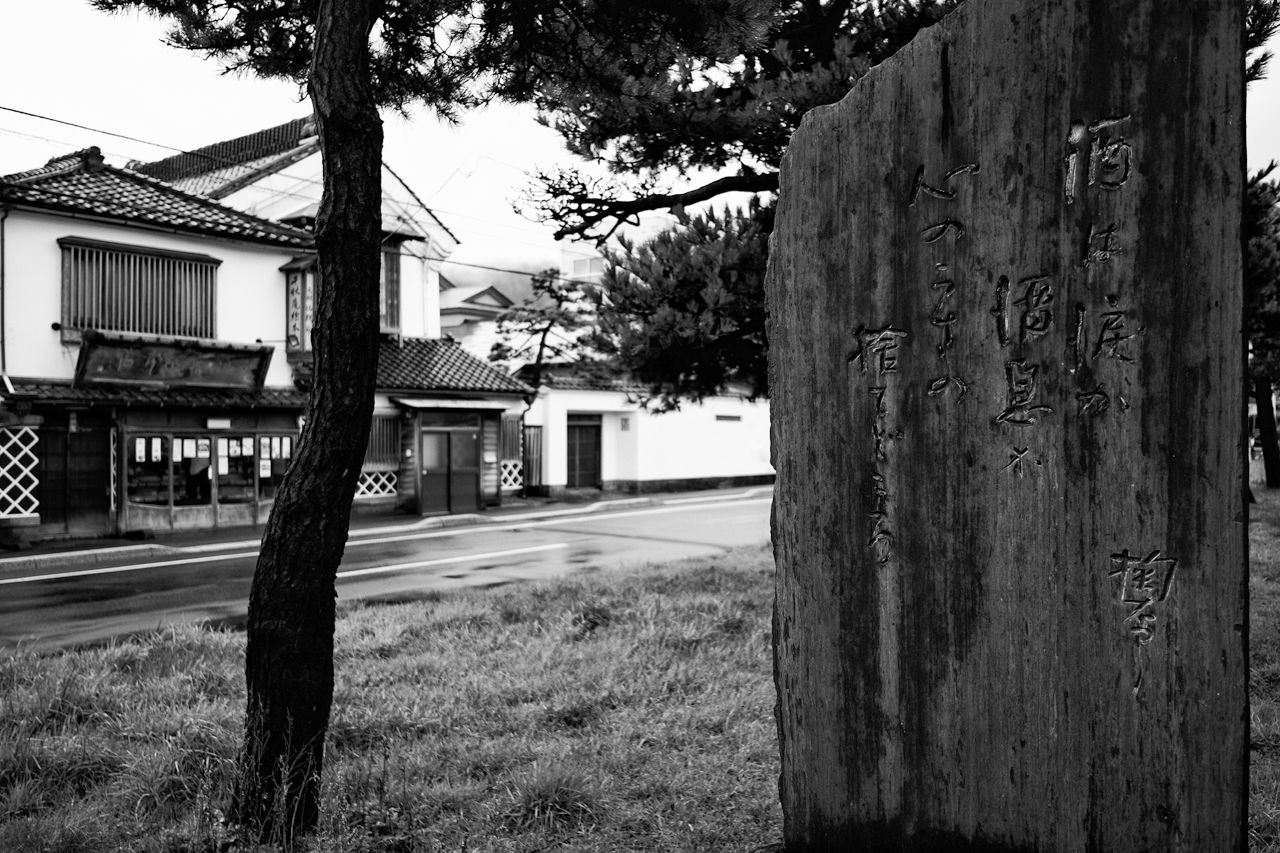 In 1930, when Kikutarō was head of the newspaper’s society, arts, and sciences department, he sent this poem to the record company Nippon Colombia, asking that it be set to music by rising young composer Koga Masao. Fujiyama Ichirō’s recording of the result (also known by the English title “Is Sake Tears or Sighs?”) was an unprecedented hit.

Kikutarō moved to Tokyo and became a full-time lyricist. By the time of his death at age 69, he had composed some 3,000 poems. Some of his best-loved hits include “Nakuna kobato yo” (Don’t Cry, Little Dove), “Namiki no ame” (Rain in a Tree-Lined Avenue), and “Koko ni sachi ari” (There is Happiness Here). 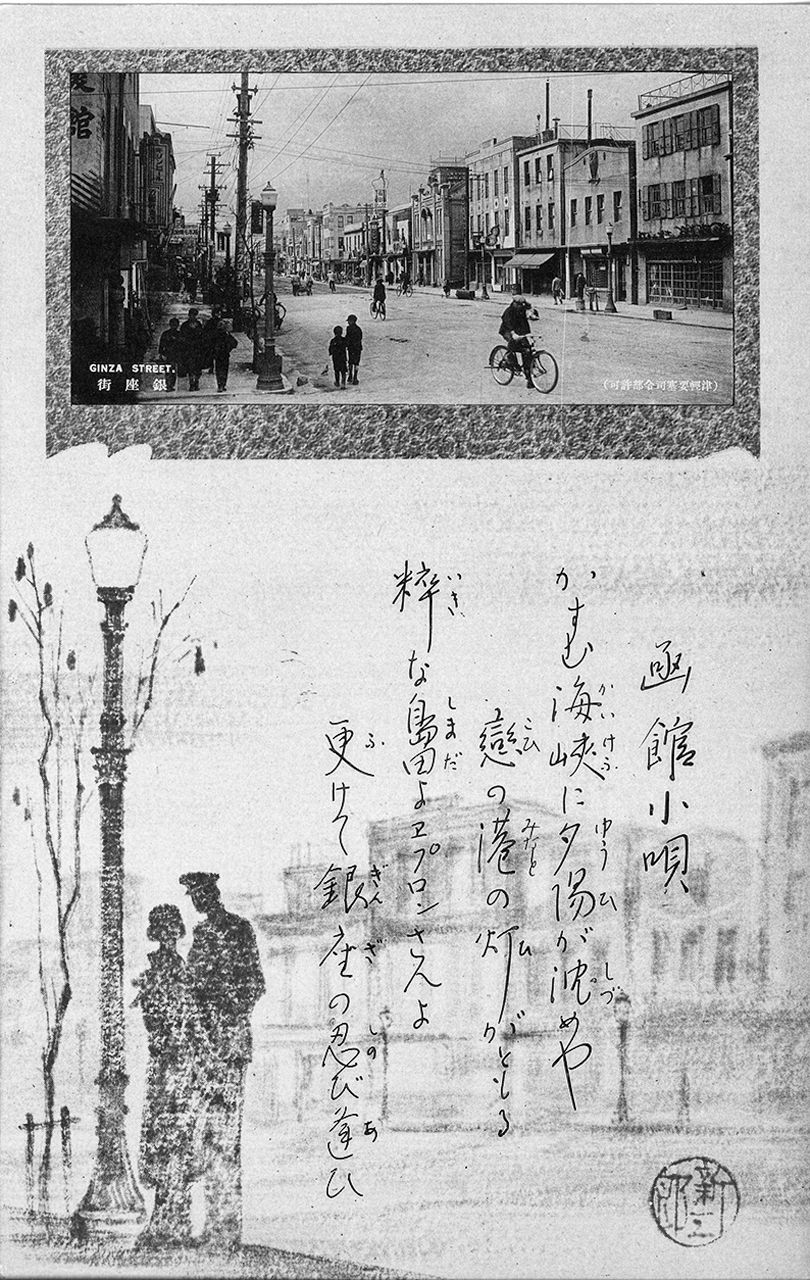 A 1937 card printed with a picture of Ginza Street and poem “Hakodate kouta” (Ballad of Hakodate) by Takahashi. (Courtesy of the Hakodate City Central Library)

As the story has it, Sennari, the geiko who inspired “Sake Doth Move Us,” went on to great success as a café proprietress herself—until the business was lost in one of the many great fires that have plagued Hakodate throughout its history.

Today, a monument to Takahashi’s stands on a site with a view of Mount Hakodate, not far from his old haunts on Ginza Street. The stone memorial is engraved with the lyrics to “Sake Doth Move Us to Tears or Sighs” in Kikutarō’s own hand, all but urging the visitor to hum the tune. When I examined the names of those who raised the money to erect the monument recorded on the back of the stone, I was surprised to find my own father Yoshikazu among them.

As someone raised beside Ginza Street and an enthusiastic drinker in his youth, I have no doubt my father was the first to throw in his contribution. 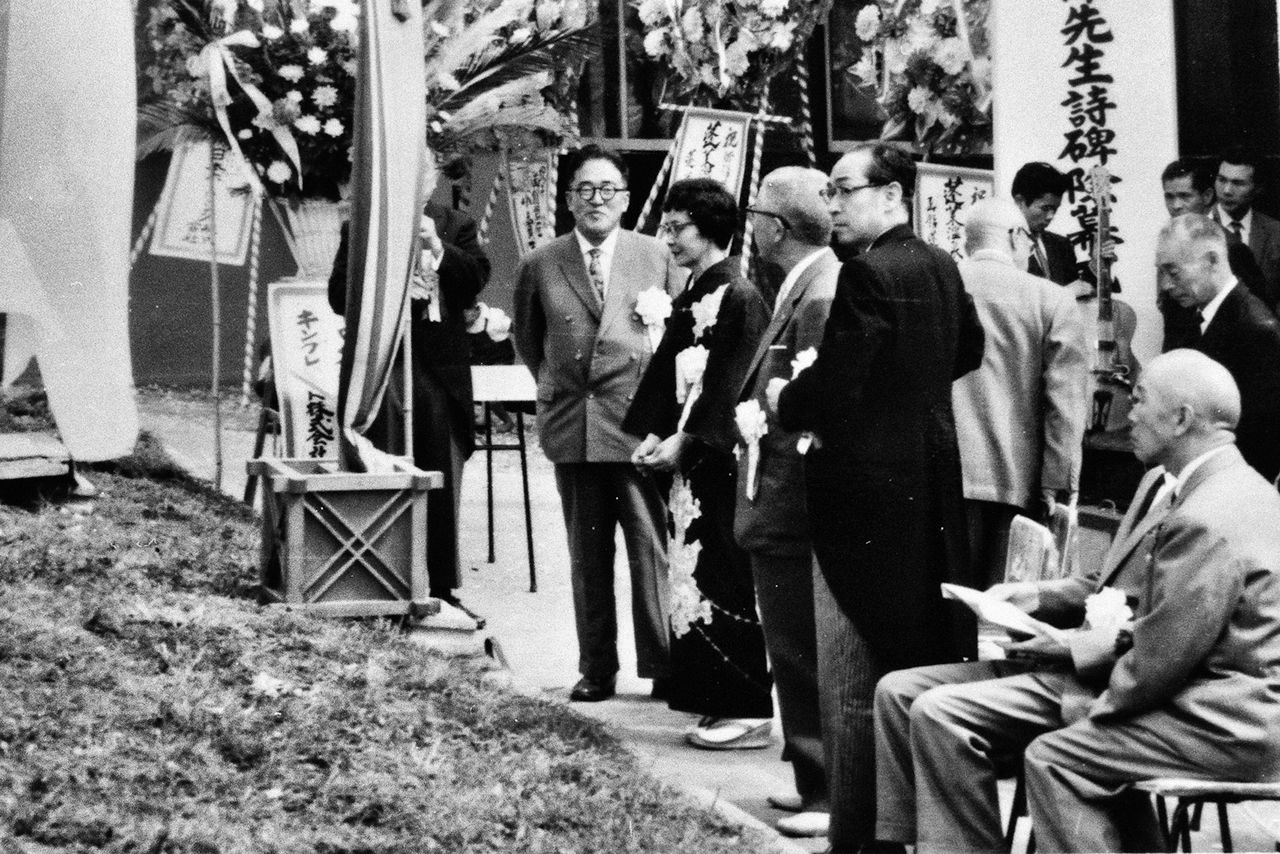 The 1961 unveiling ceremony for the monument to Takahashi’s poetry. Takahashi Kikutarō faces the camera at the center. The man in the black jacket with his head turned partway is my father Yoshikazu. (Courtesy of the Hakodate City Museum of Literature)

Getting there: A two-minute walk from the Hōraichō stop on the Hakodate City Tram.