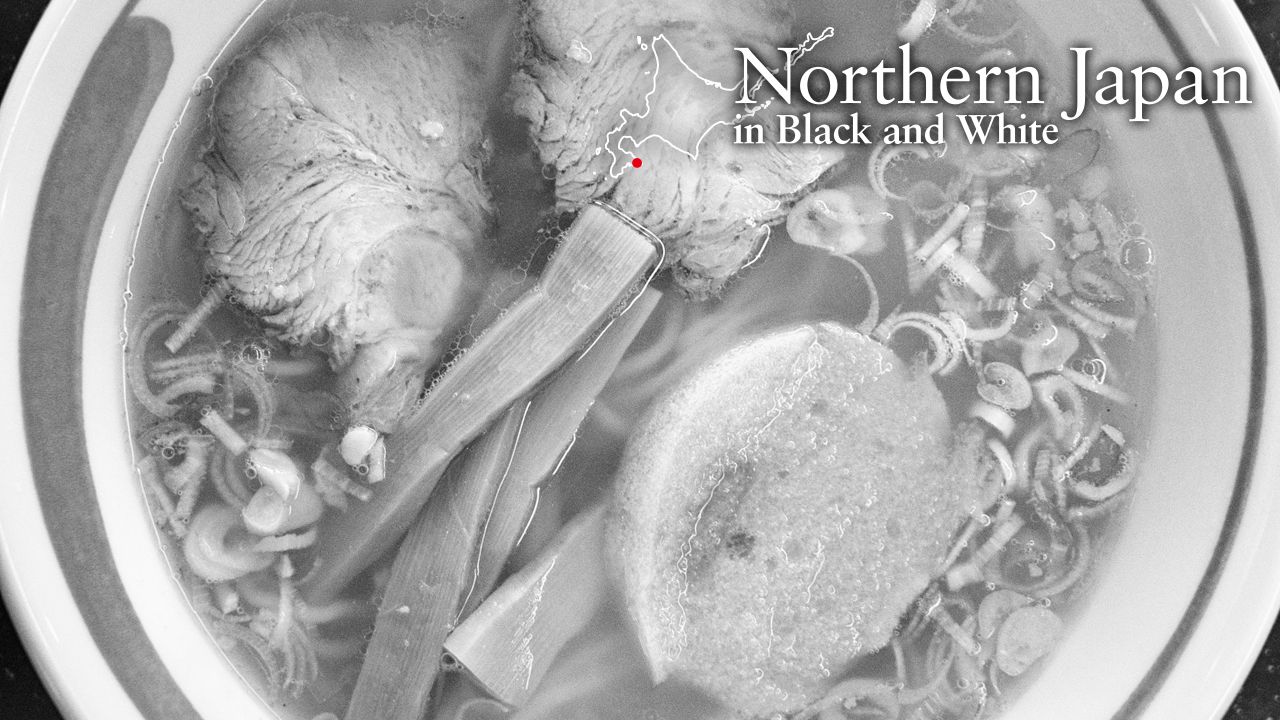 In Hakodate, shio ramen, with its clear broth and light flavor, reigns supreme. I tried soy-sauce- and miso-based ramen during my time as a student in Tokyo, but neither were to my liking.

One of my favorite places to stop in for a bowl is Ajitaka, a shop boasting a history stretching back over 65 years. The founder of the establishment started off in the 1940s pulling a ramen cart, which he did for a decade, serenading the night sky with the traditional charumera tune of the noodle seller. He then opened a restaurant on Densha-dōri, a bustling thoroughfare crossing through the Honchō district of the city. Thirty years ago, he moved the restaurant to a new location not far from Goryōkaku Park, just behind the Hakodate Museum of Art, Hokkaidō. Koseki Yoshikazu, the second-generation proprietor of the shop, as a child used to help his father push the ramen cart through the streets. 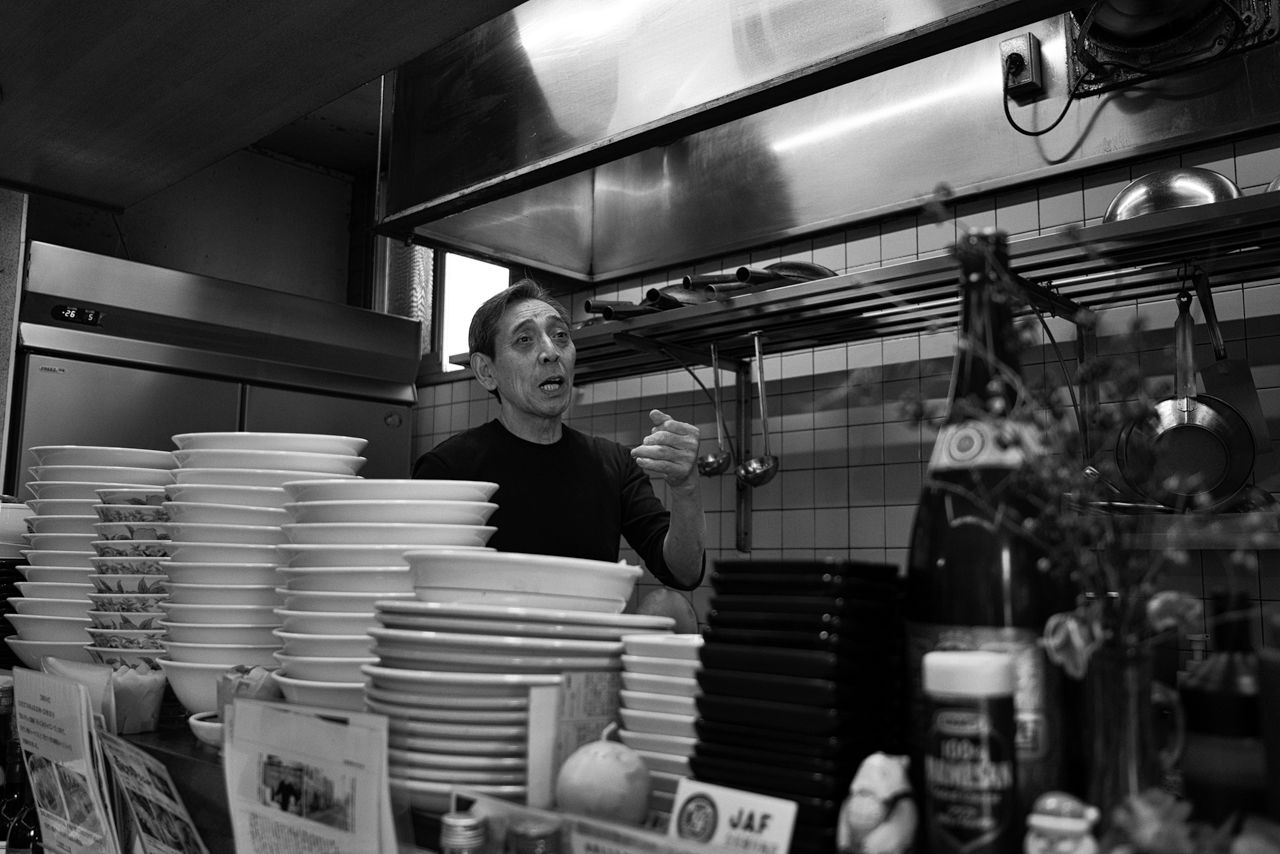 While faithfully preserving his father’s take on shio ramen, Koseki has also been inspired by the location near the museum to create new and unique menu items like “Picasso Ramen” and “Van Gogh on Rice.” Speculation among the regulars is that the next creation might be “Chagall Ramen”—maybe with an egg yolk “sun” floating in the bowl? 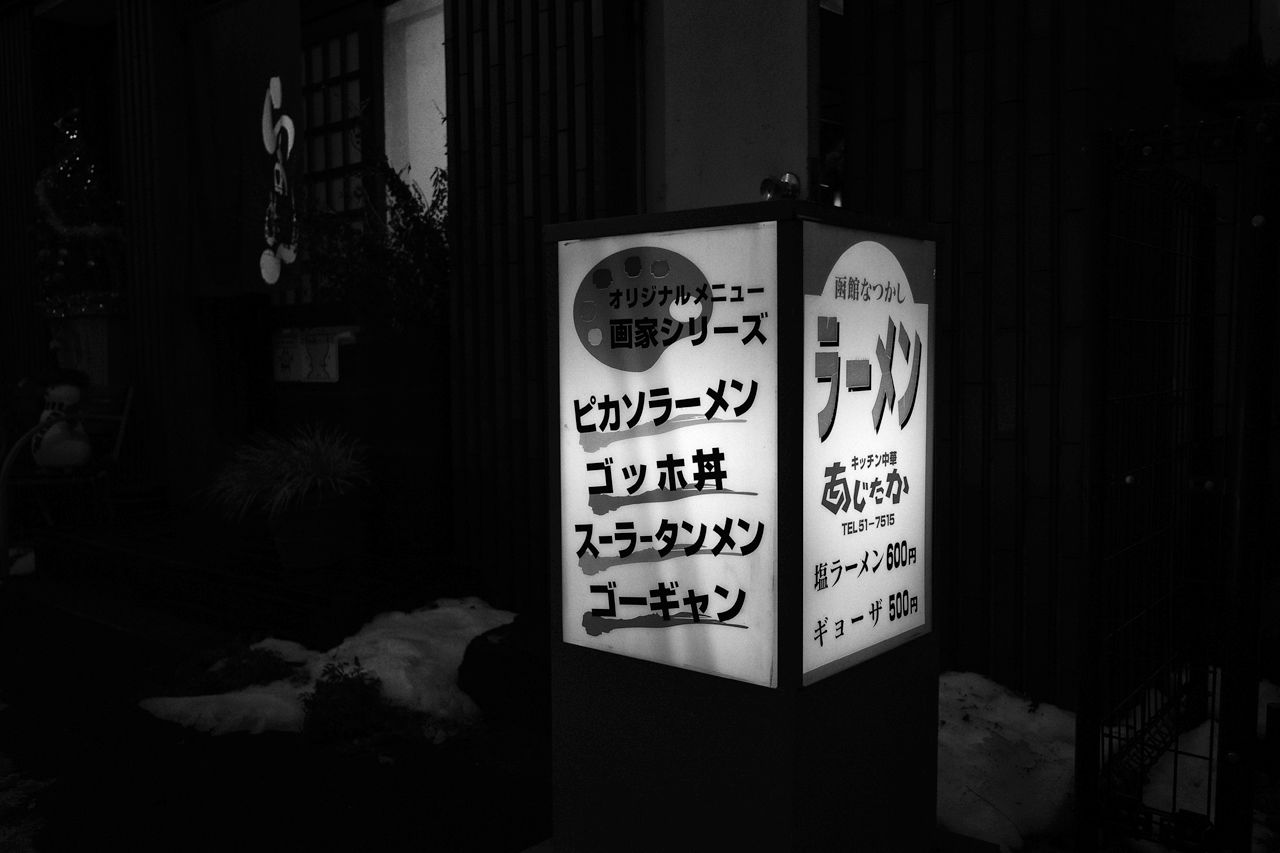 According to Koseki, the secret to shio ramen is mastering the balance between the light, clear soup and understated, simple toppings. I’ve been dining at Ajitaka for forty years, back since it was in Honchō, and the timeless savor of the shio ramen is always a warm and welcome delight. 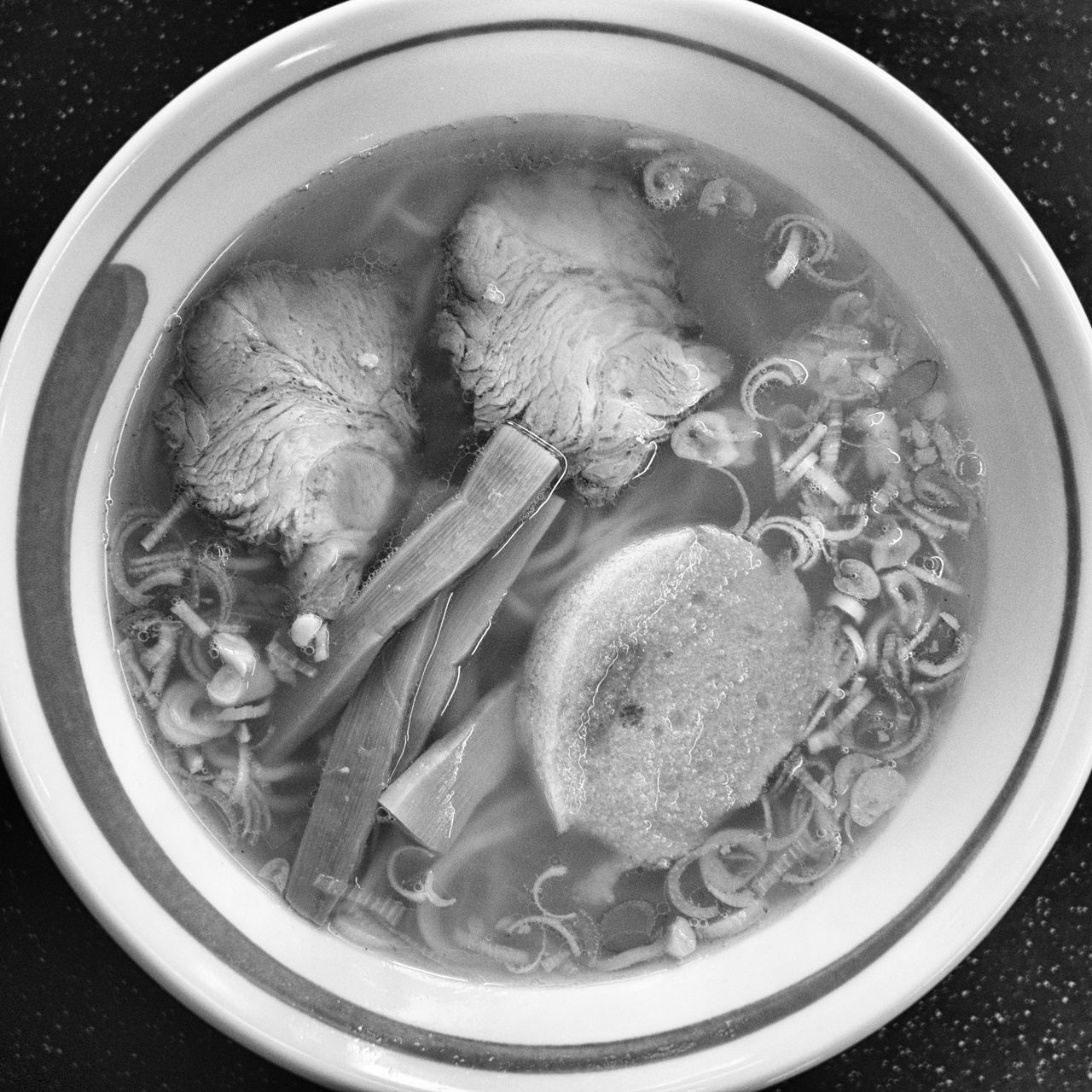