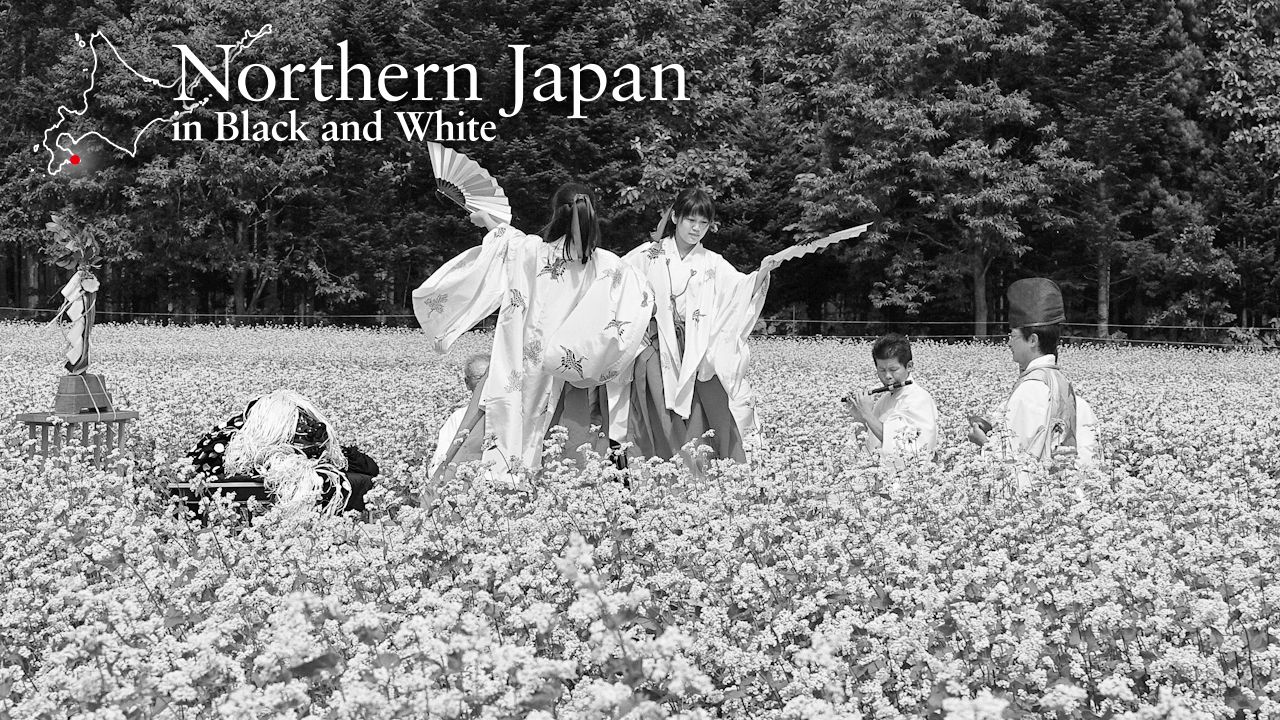 In the town of Fukushima, Hokkaidō, over 400 kilometers from the prefectural capital of Sapporo, stands Mount Daisengen. With an altitude of 1,072 meters, the mountain was the site of martyrdom of 106 hidden Christians in the early Edo period (1603–1868).

At the foot of Mount Daisengen are expansive soba fields where beautiful white flowers bloom in spring. Two young shrine maidens (miko) dressed in traditional costumes carry classic sensu fans in their hands. Words cannot describe the grace of their moves wishing for a rich harvest. They dance to the melody of traditional musical instruments such as taiko drums, ryūteki “dragon flutes,” and shō, the Japanese “mouth organ.” The dance is Yaotome no mai, one of the sacred ceremonies called Matsumae kagura. Once the shrine maidens begin dancing, the audience shouts traditional phrases to encourage them. 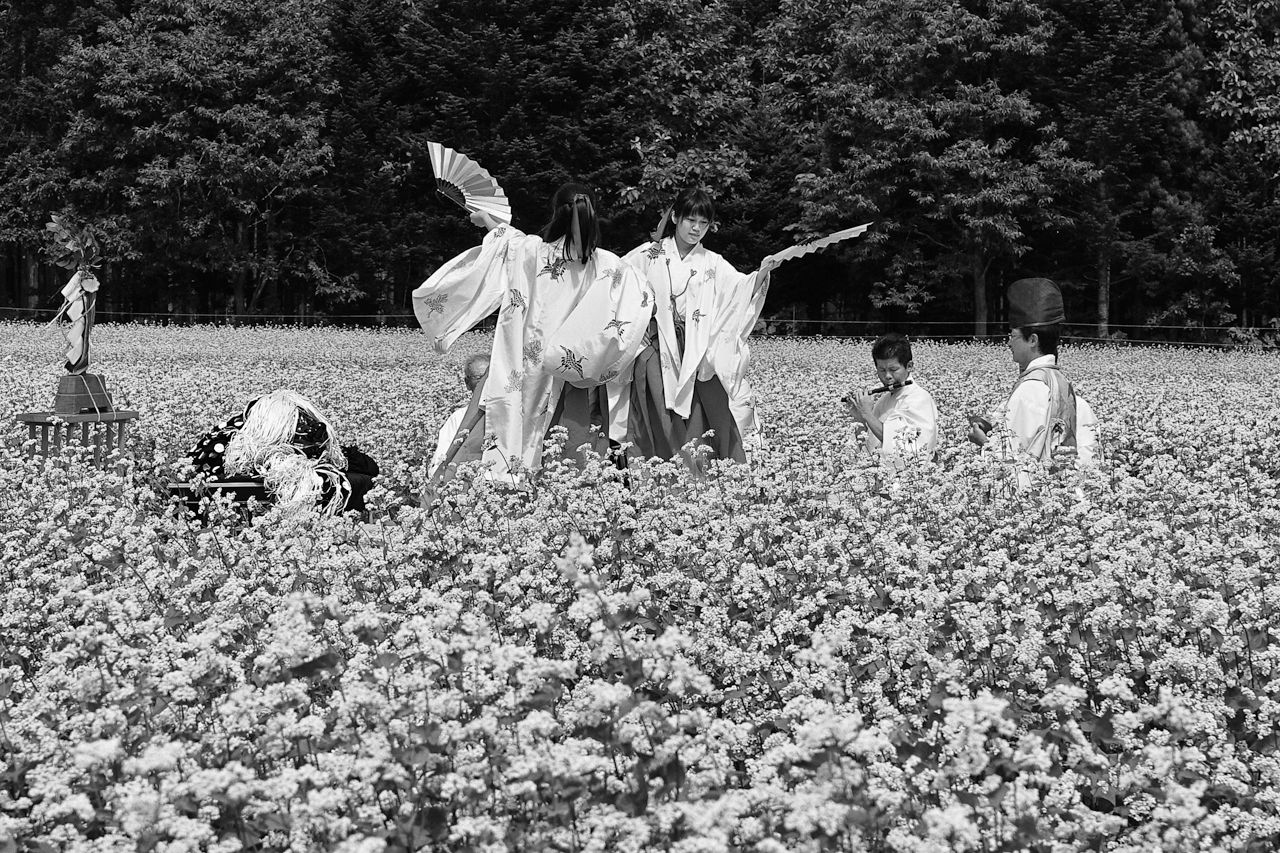 The Hokkaidō ritual dance Yaotome no mai (2016). An Important Intangible Folk Cultural Property of Japan, with over 300 years of history. 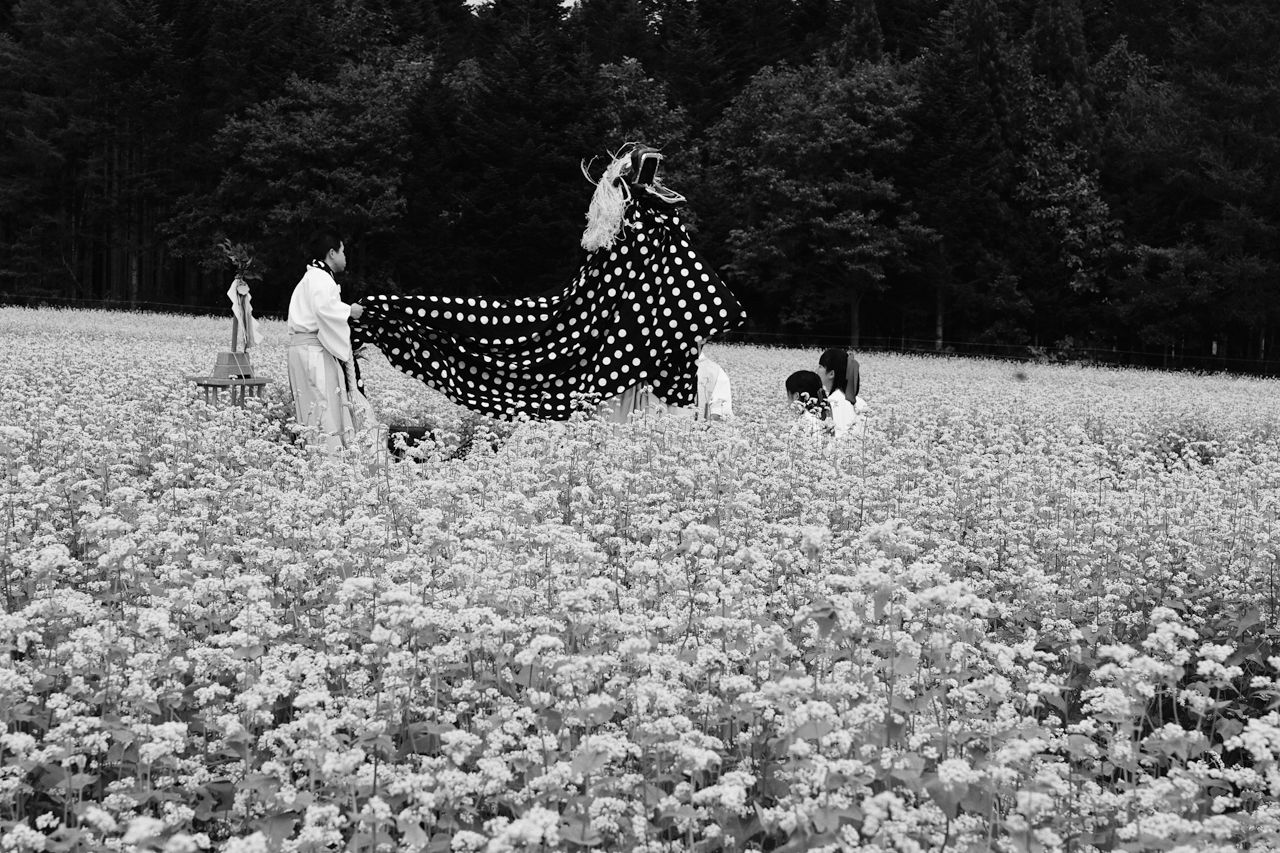 Another set of Matsumae kagura dances, the Jūni no te shishimai and Gohō shishimai.

Soba flowers also bloom in the garden of the Sengen soba restaurant nearby, run by the wives of nearby soba farmers. I order a serving of mori soba, cold noodles piled on the dish. Some noodles contain wheat flour, but this is made from pure soba buckwheat. The taste is strong, and the noodles are pleasing as they go down. I’ll need to order another plate. 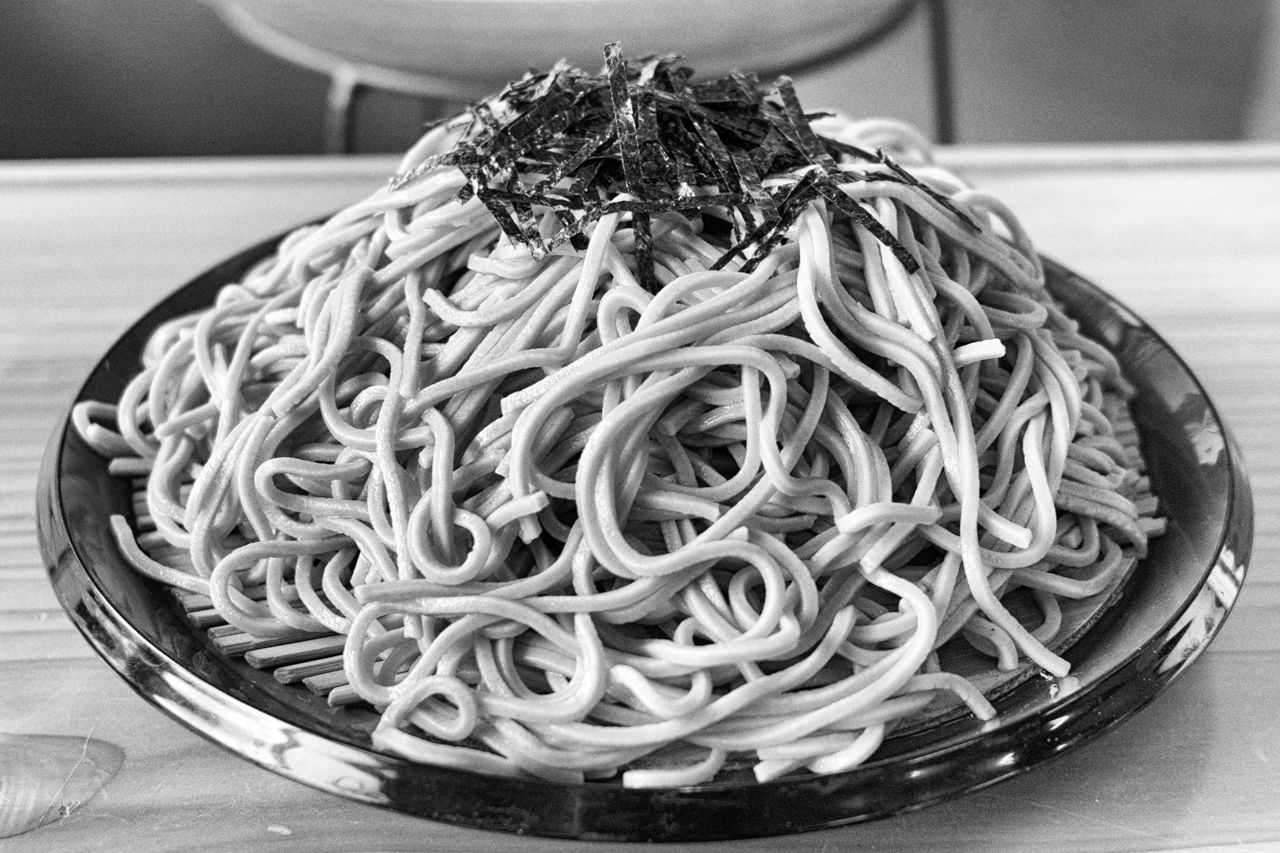 Getting there: About an hour and a half from Hakodate, Hokkaidō, by car.

(Originally published in Japanese. Translated by Yamamoto Riko as part of an internship program with Ritsumeikan University and edited by Nippon.com.)