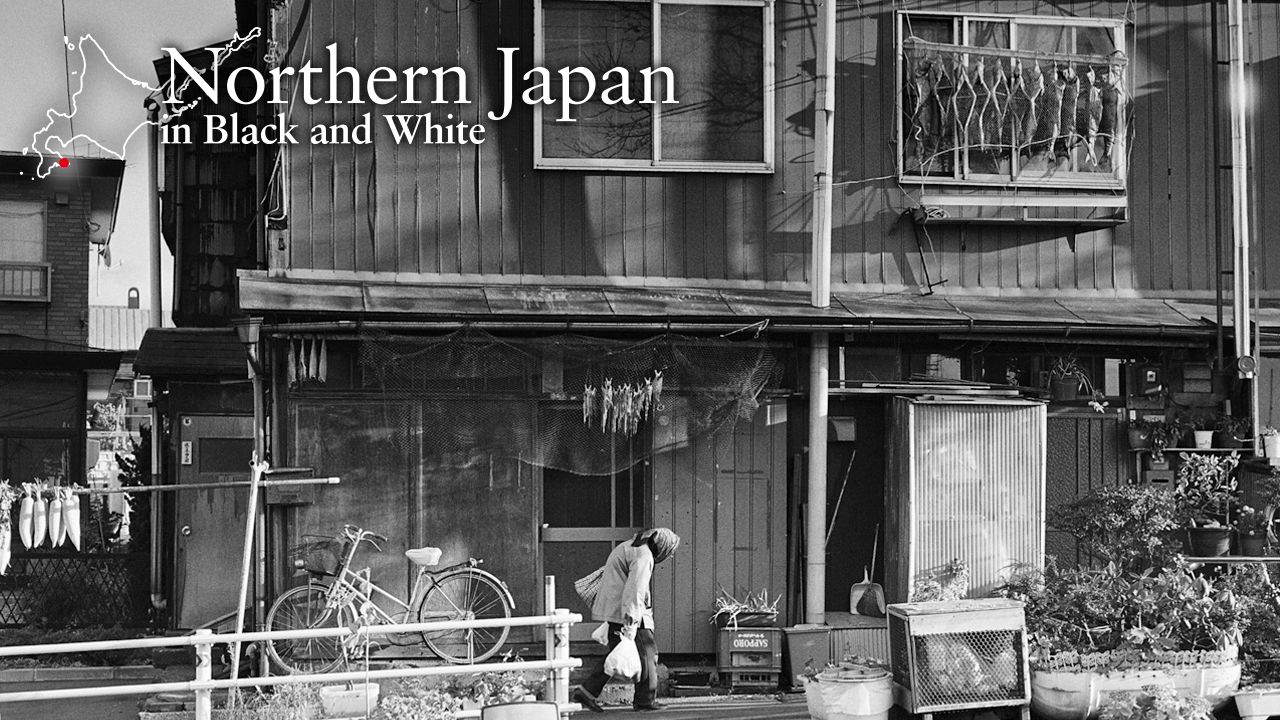 Right after World War II, my father opened an accounting practice at our home, but clients did not come for a while.

He frequently drank sake with dried herrings as a snack while sitting around the irori, a Japanese traditional fireplace. I vividly recall my father getting drunk and shouting about how truly useless his life had become. When he emptied his bottle, I had to run to the liquor shop for him late in the dark night in my childhood.

I recently visited my father’s grave, placing an offering there of a bottle of sake for the heavy drinker he had been. Afterward, I found a house where fish was drying under the eaves while I was strolling around Irifune Harbor at the foot of Mount Hakodate.

Seven or eight salmon swayed in the cold winter breeze coming off of the ocean nearby. They looked delicious.

A few days later, I again walked to see the same house, where hanging squids had now replaced the salmon. The fish have been moved up under the eaves on the second floor. A woman in the house tells me her father makes good himono, dried fish. He learned his himono techniques through the experience of going to fish the oceans far north from Hokkaidō. 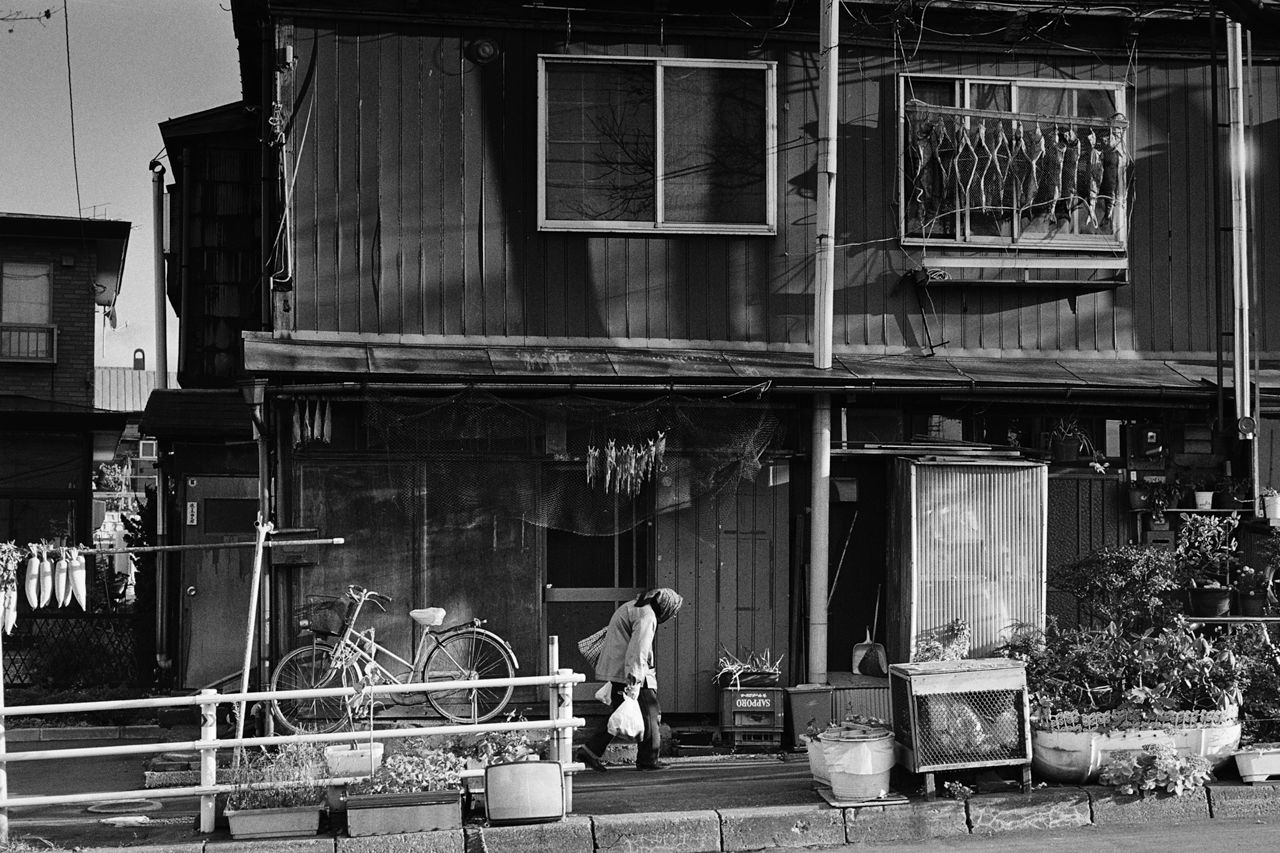 Salmon hang under the second-floor eaves in a cold wind. (2001)

In the early twentieth century, salmon fishing flourished in the North Pacific Ocean, Bering Sea, and Sea of Okhotsk. Hakodate then became a major fishing port. My grandfather, Nishino Kichitarō, originally came from Ishikawa Prefecture. He ran his fishing business in Russia, fishing for sockeye salmon at estuaries in the far northeast of the Kamchatka Peninsula, near Ossora. He had two fishing boats that he made by customizing old Russian warships. My father told me that he had played around in the cabins when he was small. 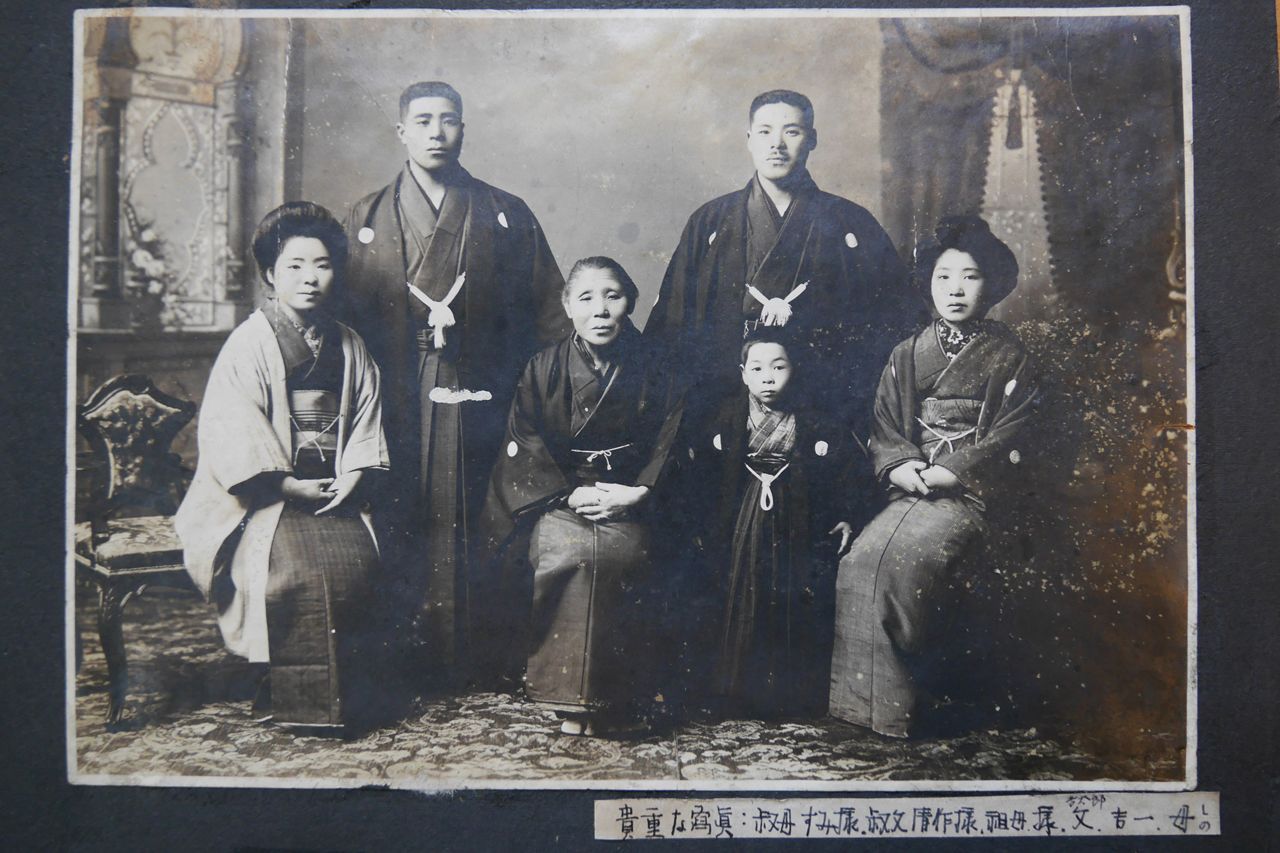 The Nishino family in 1921. My grandfather, Kichitarō, is on the right in the back row; my father, Yoshikazu, is the small boy in front.

As time went by, things changed. My grandfather sold his fishing business to a big company, Nichiro Gyogyō, today’s Maruha Nichiro Corporation. His life after retirement was fulfilled by horse racing and antique collecting. When my father was a little boy, he once accidentally ran into and broke a valuable byōbue, a painting on a folding screen by Kakizaki Hakyō, a prominent painter from the Edo period (1603–1868). In the end, all my grandfather left for the family was debts.

There are many life stories like this entwined in the history of fishing in the far north. Legacies of flourishing and falls, light and darkness, shape the identity of the port town of Hakodate to this day. 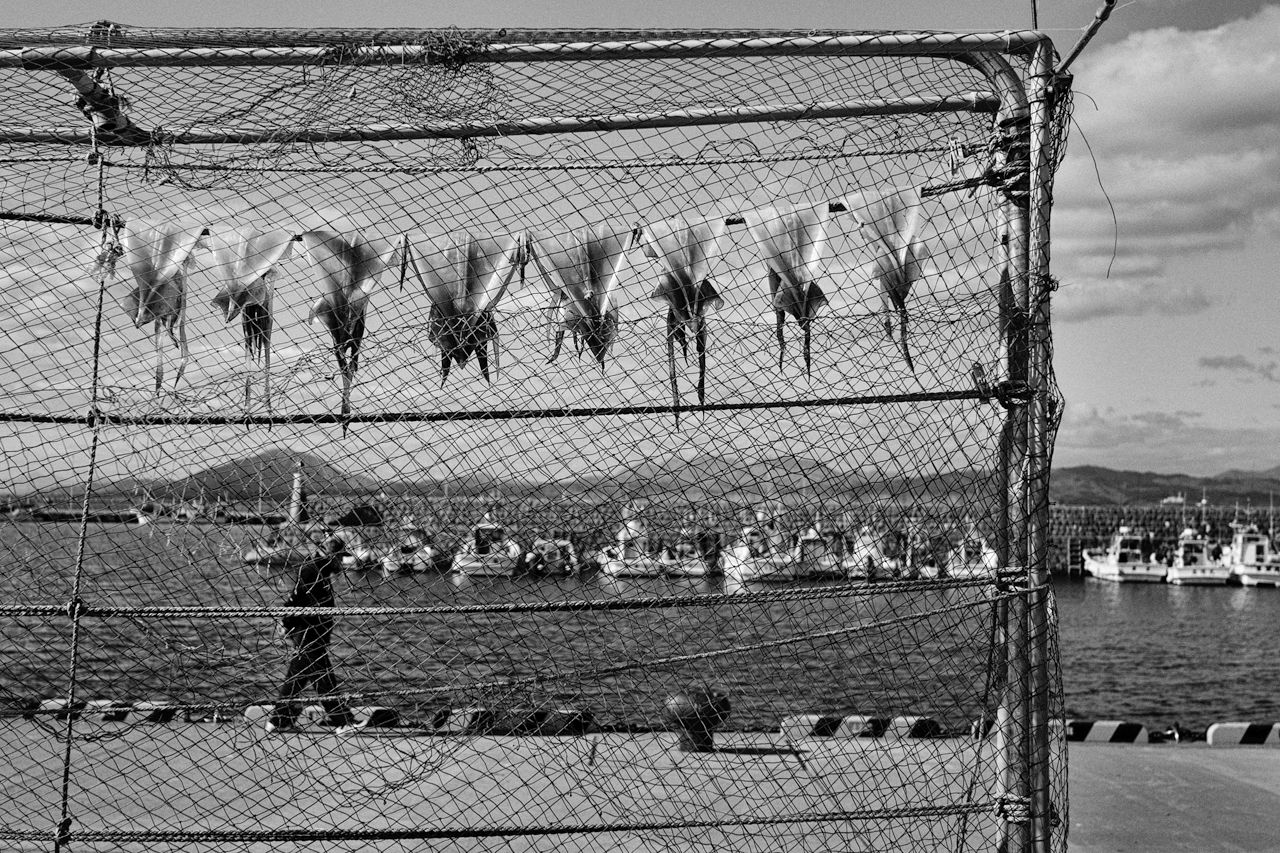 (Originally published in Japanese. Translated by Inagaki Risa as part of an internship program with Ritsumeikan University and edited by Nippon.com.)