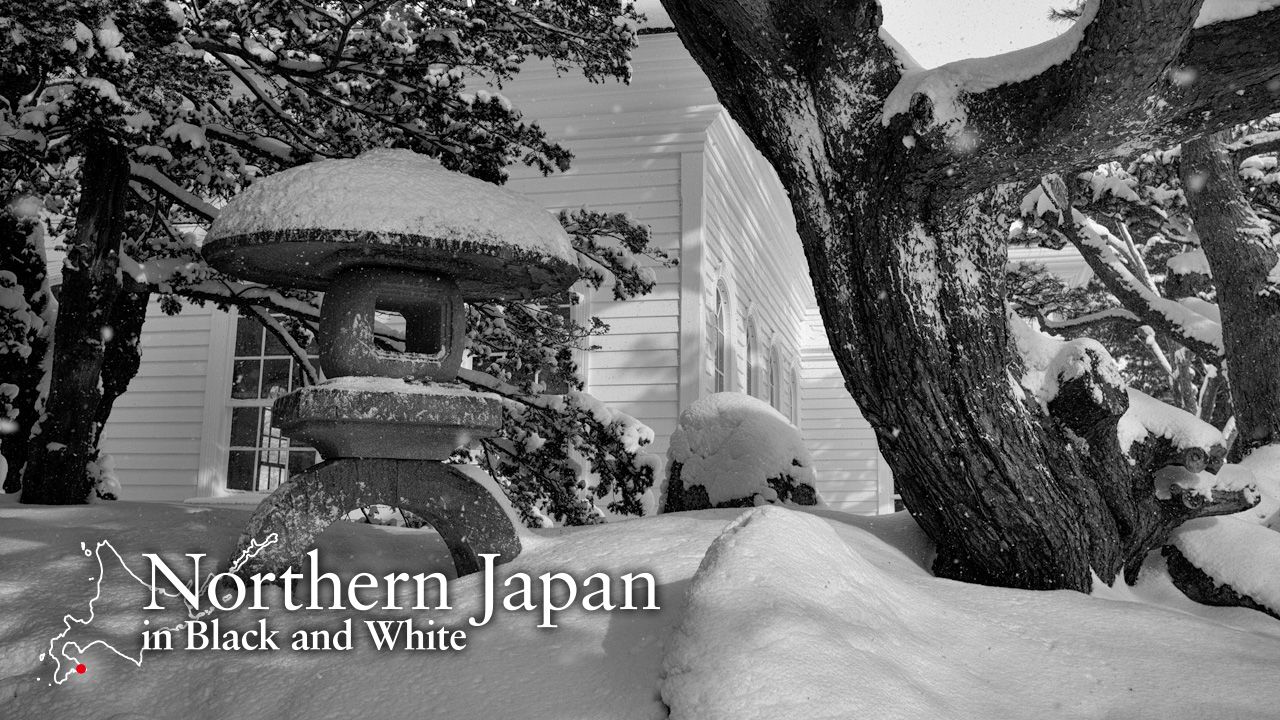 Hakodate Park in the Snow

One winter morning about 10 years ago I took a memorable early morning stroll through Hakodate Park. The skies were blue, but it had snowed the night before, hiding the surroundings under a blanket of white. The park has two features that I am particularly fond of, the historic second building of the old Hakodate Museum and a venerable stone lantern, and I reveled the opportunity to see these garbed in a coat of pristine snow.

The Western-style museum, which opened in 1884, is characterized by an entrance featuring pillars, an arch, and a fanlight of Corinthian design. On this snowy morning, the white walls of the wooden structure melted into the surrounding wintery scene. The sun cast shadows across the field of white, adding a contrast that further enhanced the beauty of the moment and the splendor of the 130-year-old building. 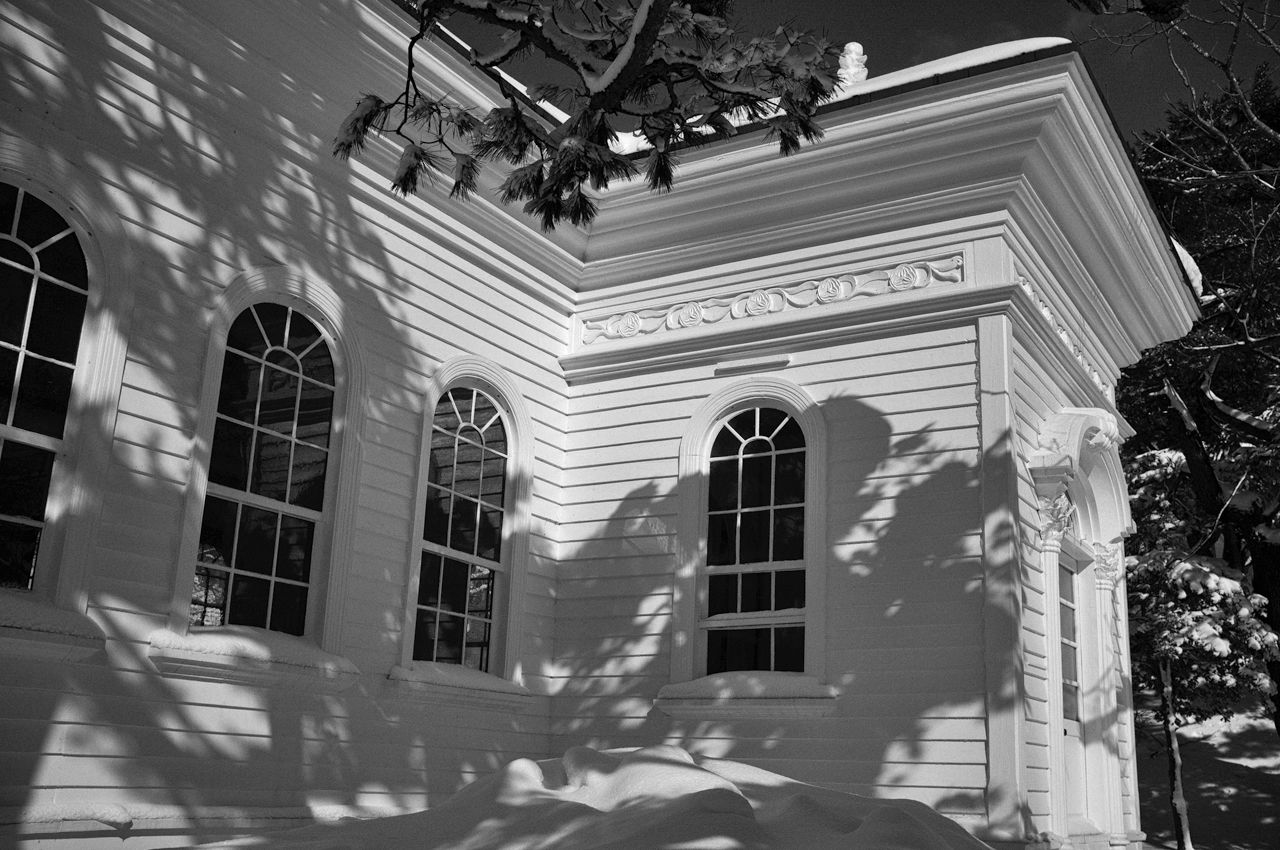 Building 2 of the Former Hakodate Museum (2020). The structure is designated a tangible cultural asset.

A solemn stone lantern that stands under a twisted pine in front of the building added to the charm. Crafted in the yukimi, or “snow-viewing,” style, it lived up to its name, wearing a cap of white. I once had the opportunity to admire the famed misaki-style lantern in the garden of Kyoto’s Katsura Imperial Villa, and gazing at the exquisite mixture of Japanese and Western aesthetic on this snowy morning in Hakodate Park inspired a similar sense of admiration. 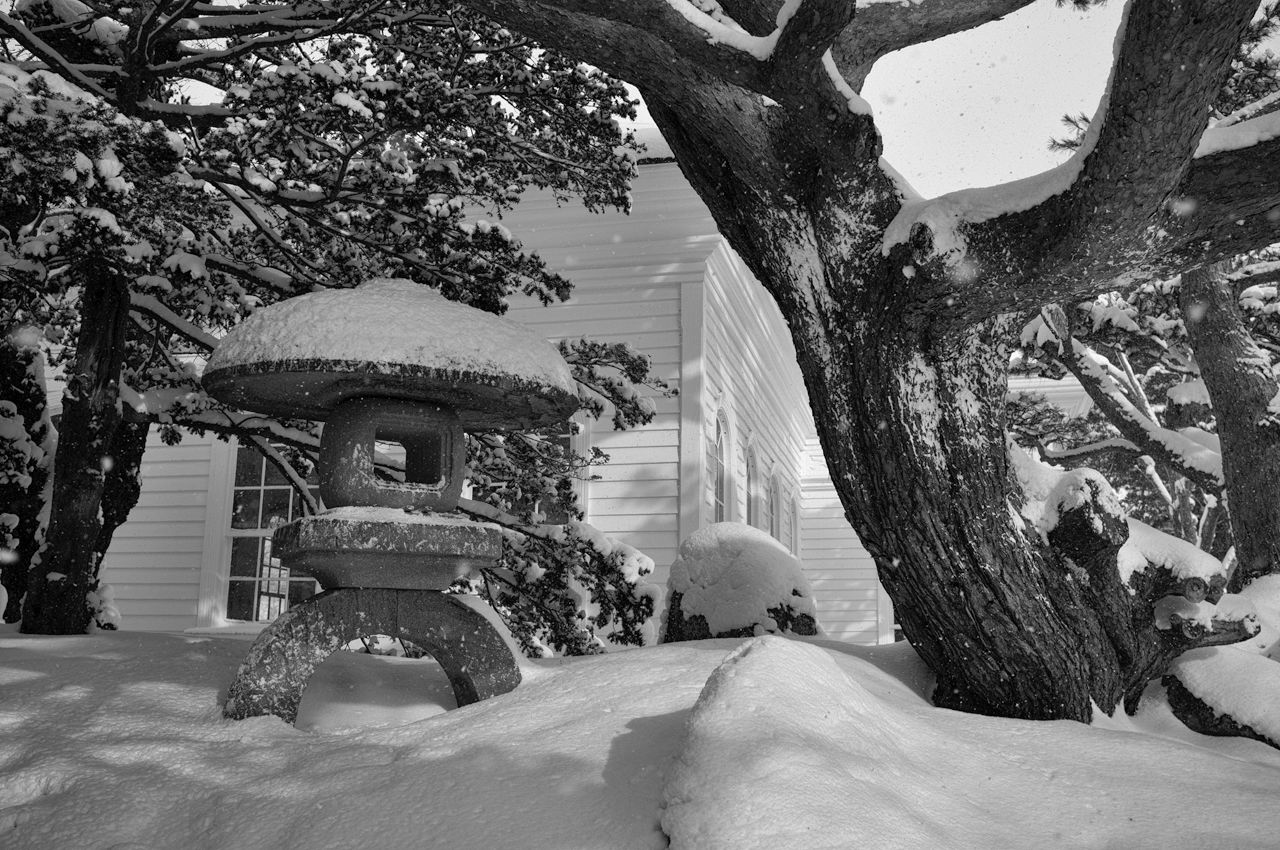 The yukimi stone lamp with second museum building in the back.

Hakodate Park took its current form in 1879 following a proposal by Richard Eusden of the British Consulate in Hakodate. The park was opened with the help of businessman Watanabe Kumashirō and other leading Hakodate figures, who donated money and items like the stone lantern, along with financial support from local citizens.

It is one of the first Western-style parks built in Japan. Established at the foot of Mount Hakodate, its varied terrain offers secluded scenes alongside sweeping views of the nearby Tsugaru Strait. Hakodate Park joins Hakodate’s other valuable cultural properties like museums and libraries established by the early settlers to the area. 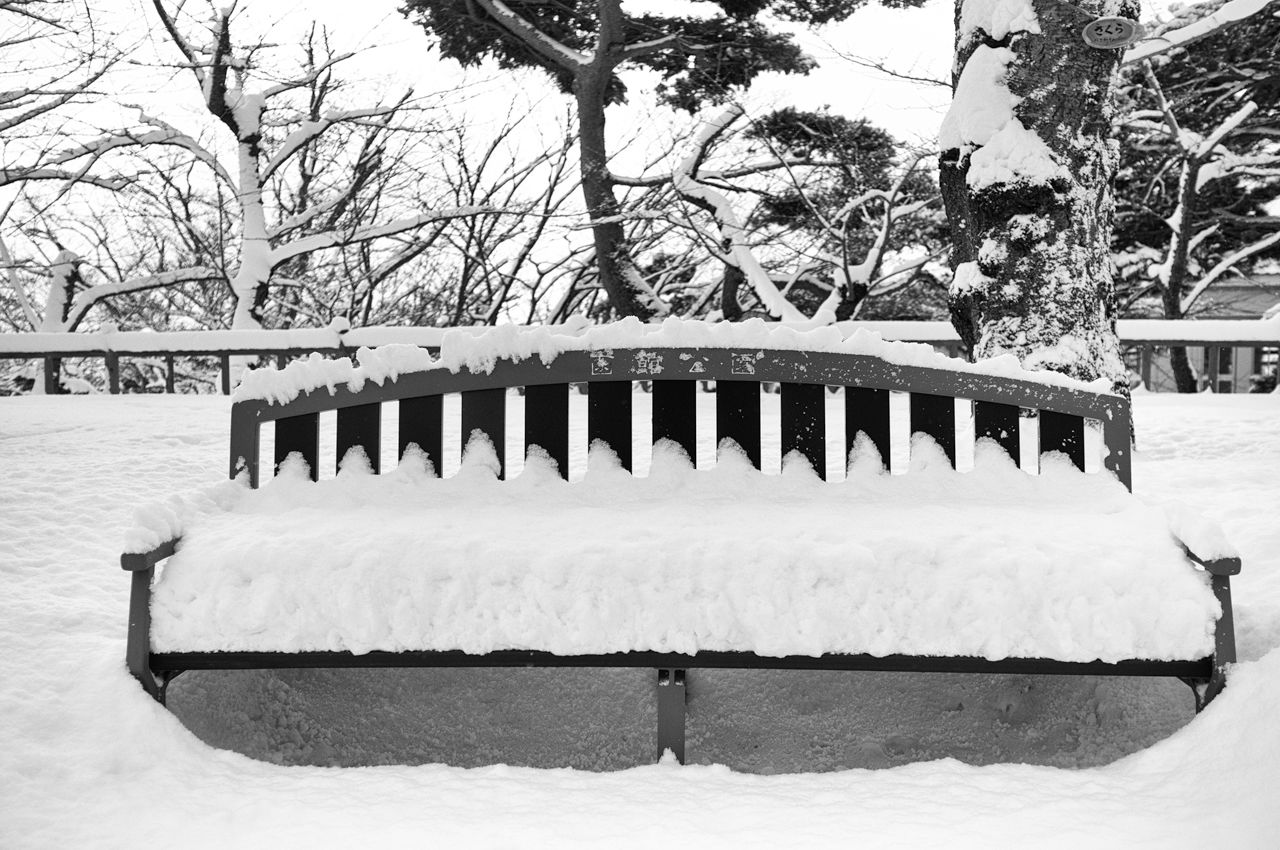 A cushion-like covering of snow on a bench inside Hakodate Park.

The early hour meant I had the park to myself. As I strolled through the confines, I passed by the Karakusakan, a French restaurant inside the park. It had been a while since I enjoyed the shop’s delights, and I made a note to myself to stop by for lunch, after working up an appetite on my walk, of course.

Getting there: Three-minute walk from the Aoyagi-chō stop on the Hakodate City Tram.