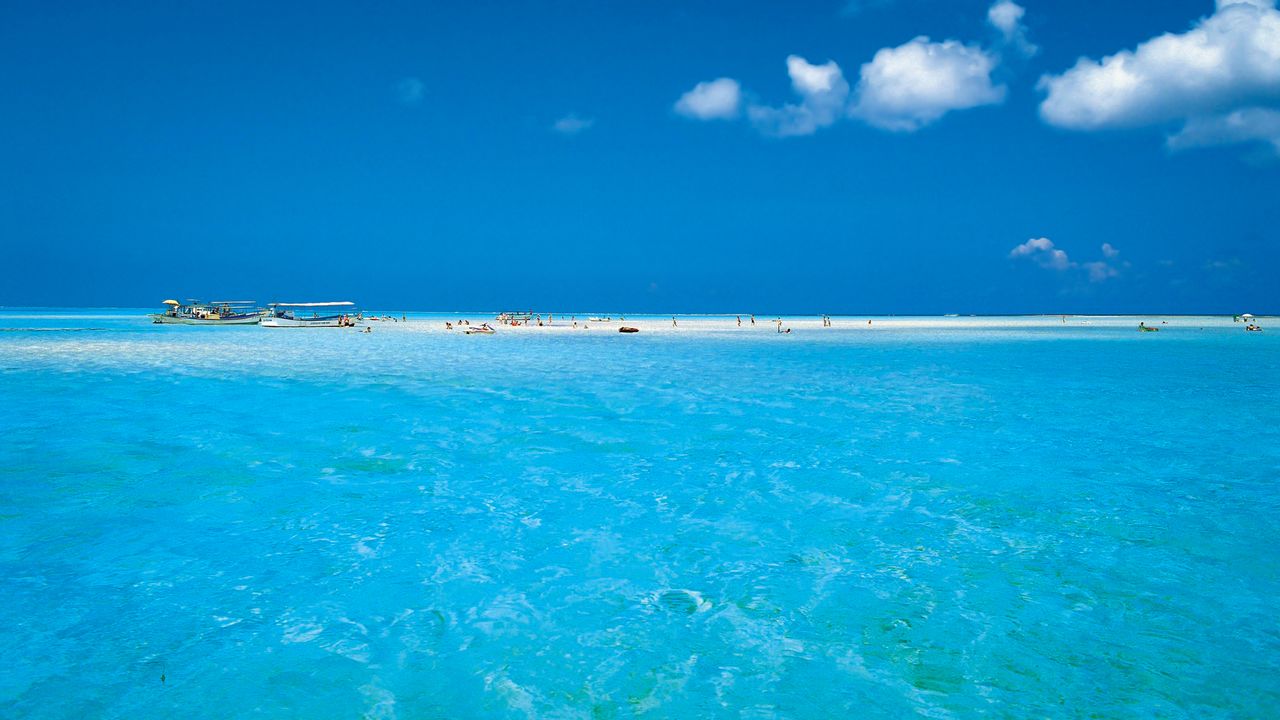 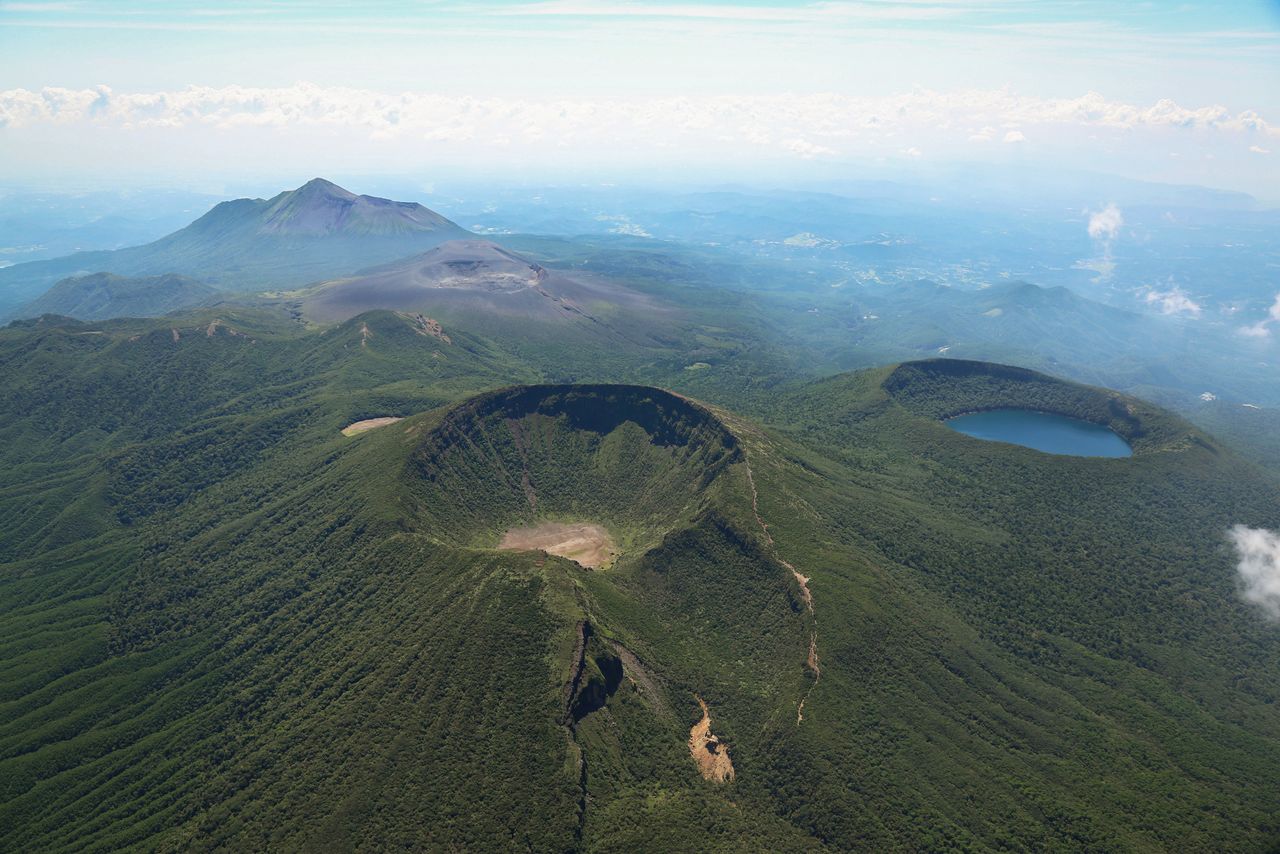 Mount Karakuni in the foreground is the highest peak in the Kirishima mountain range. To the right is caldera lake Ōnaminoike and shimmering in the distance are Shinmoe-dake and Mount Takachiho.

The Kirishima Mountains are an active volcano group that includes 1,574-meter Mount Takachiho, where in Japanese mythology the grandson of sun goddess Amaterasu is said to have descended from heaven, and 1,700-meter Mount Karakuni, the highest peak in the range. The mountain range and surrounding areas, straddling Kagoshima and Miyazaki Prefectures, are part of what was originally Kirishima National Park, one of three areas in the country first designated as national parks in 1934. In 1963, the park was expanded to incorporate Kinkōwan Quasi-national Park and the Yakushima region and renamed the Kirishima-Yaku National Park. Yakushima was designated a national park in its own right in 2012, and today Kirishima and environs are known as the Kirishima-Kinkōwan National Park.

The Kirishima area, in the northern part of the park, has over 20 volcanoes along with numerous caldera lakes, hot springs, and highlands offering scenic panoramas. The region is a popular draw for tourists, who along with the natural scenery visit sites like Takachiho-gawara, mentioned in Japanese mythology, Kirishima Shrine, and Kirishima hot springs. 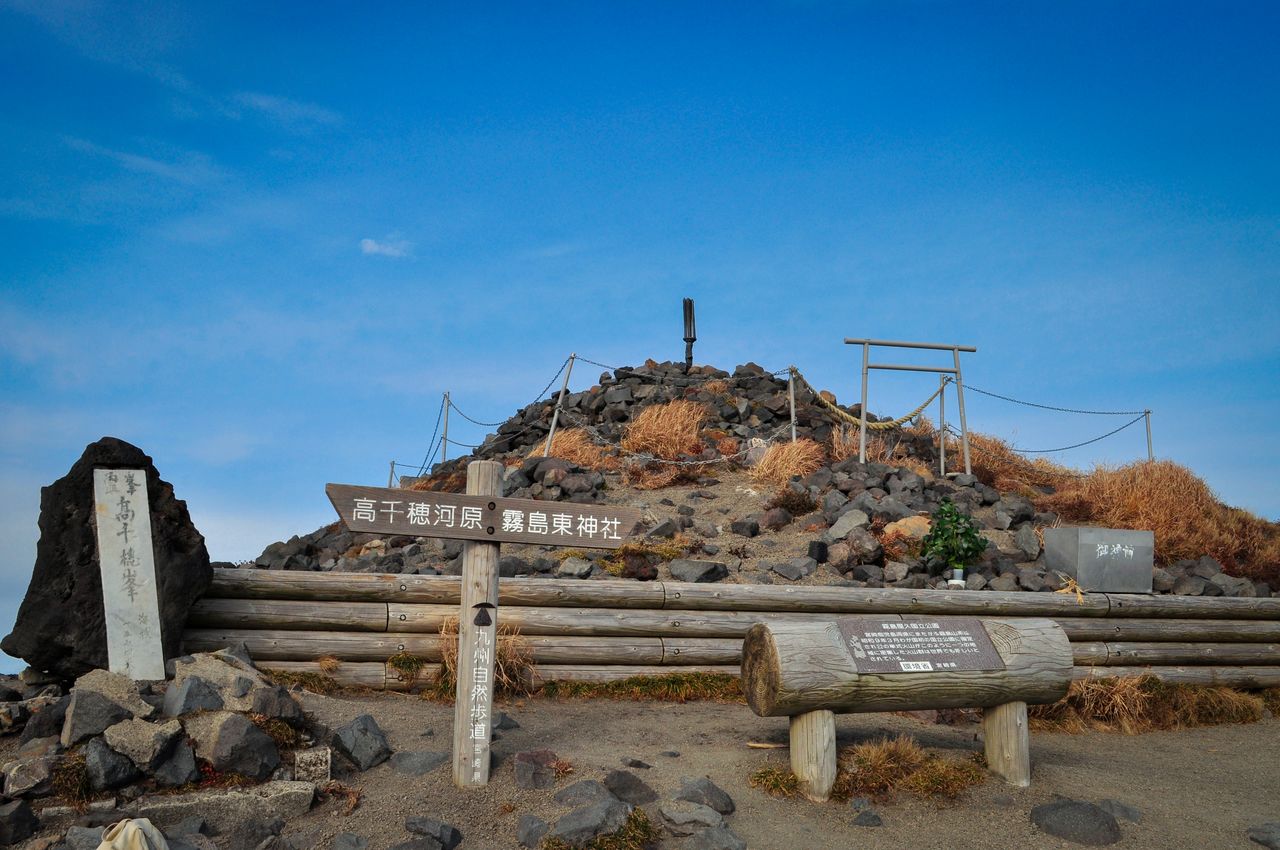 Mount Takachiho is topped by Ama no sakahoko, a legendary spear mentioned in Japanese mythology. (© Pixta) 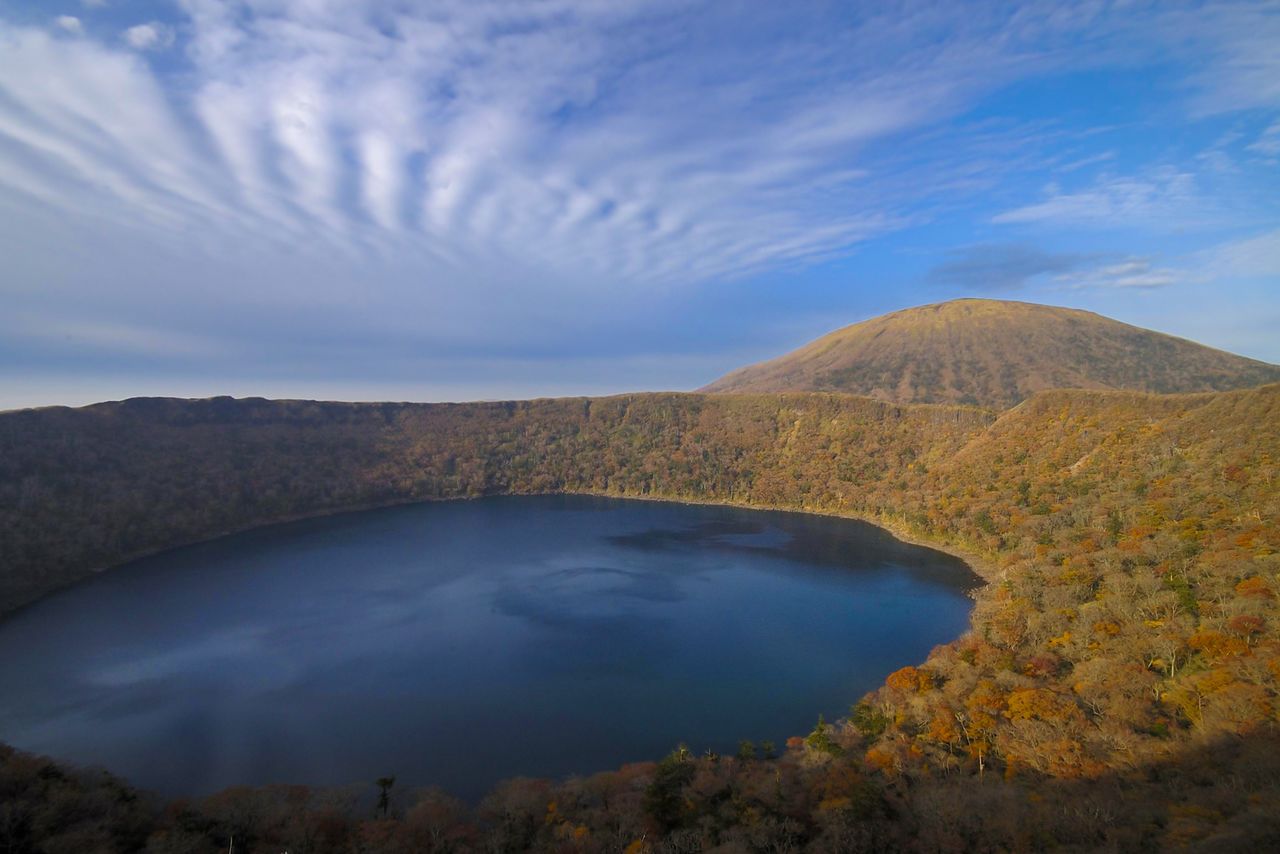 Vivid autumn foliage on the shores of Ōnaminoike, looking toward Mount Karakuni. 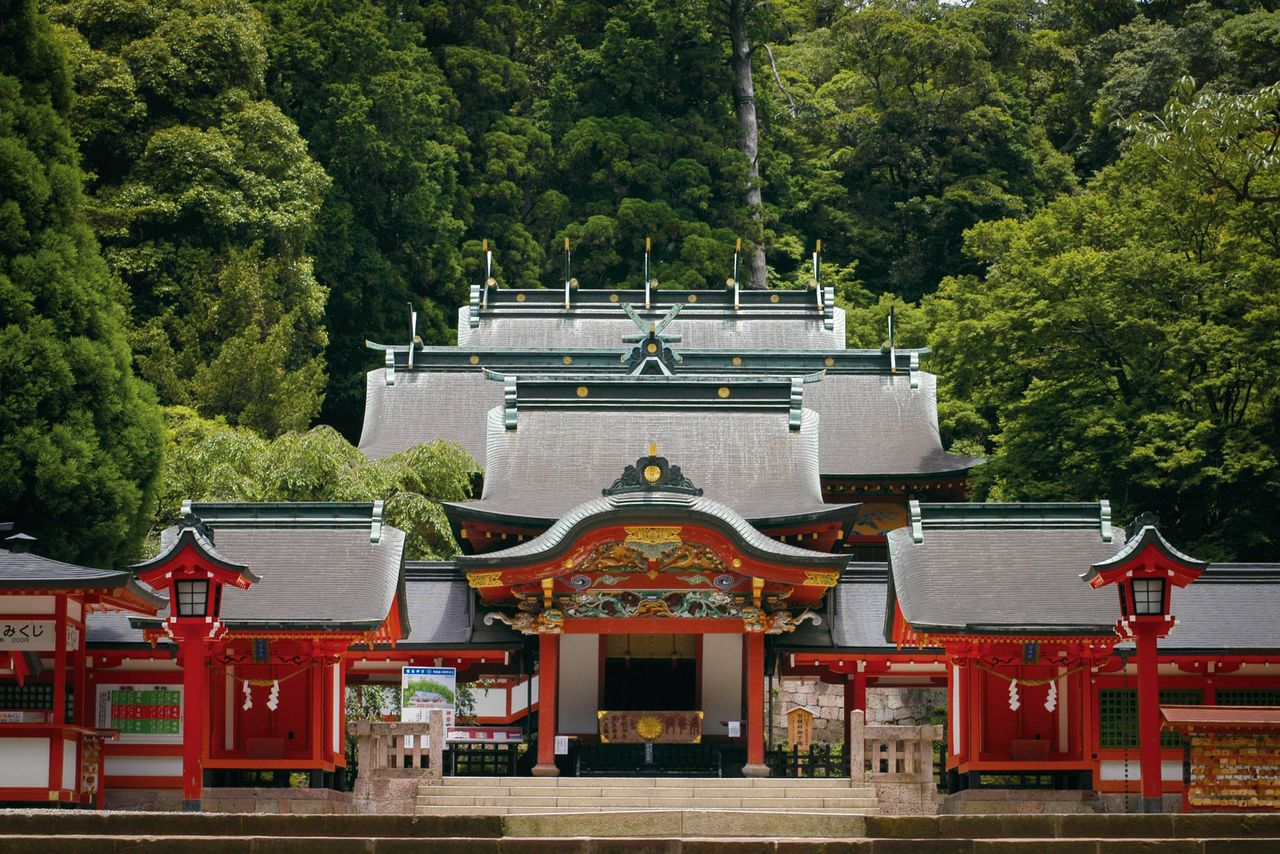 Kirishima Shrine is said to have been founded in the sixth century. Today, it attracts numerous visitors as a “power spot.”

Kinkō Bay’s premier attraction is Sakurajima, a highly active volcano. Just a few kilometers offshore and visible everywhere from Kagoshima, the prefecture’s main city, it makes a striking contrast with the cityscape. Sakurajima is easily accessible by ferry. On the island, the Sakurajima Visitor Center details the history of the volcano’s activity and development. Other attractions include Sakurajima Yōgan Nagisa Park and observation points from which to view the volcano up close.

Subtropical vegetation grows in profusion on Cape Sata, Kyūshū’s southernmost point, on the Ōsumi Peninsula on the eastern side of the bay. On the west side is the Satsuma Peninsula, where Kaimon-dake at the southern tip and Chiringashima, an island just offshore, offer distinctive vistas. 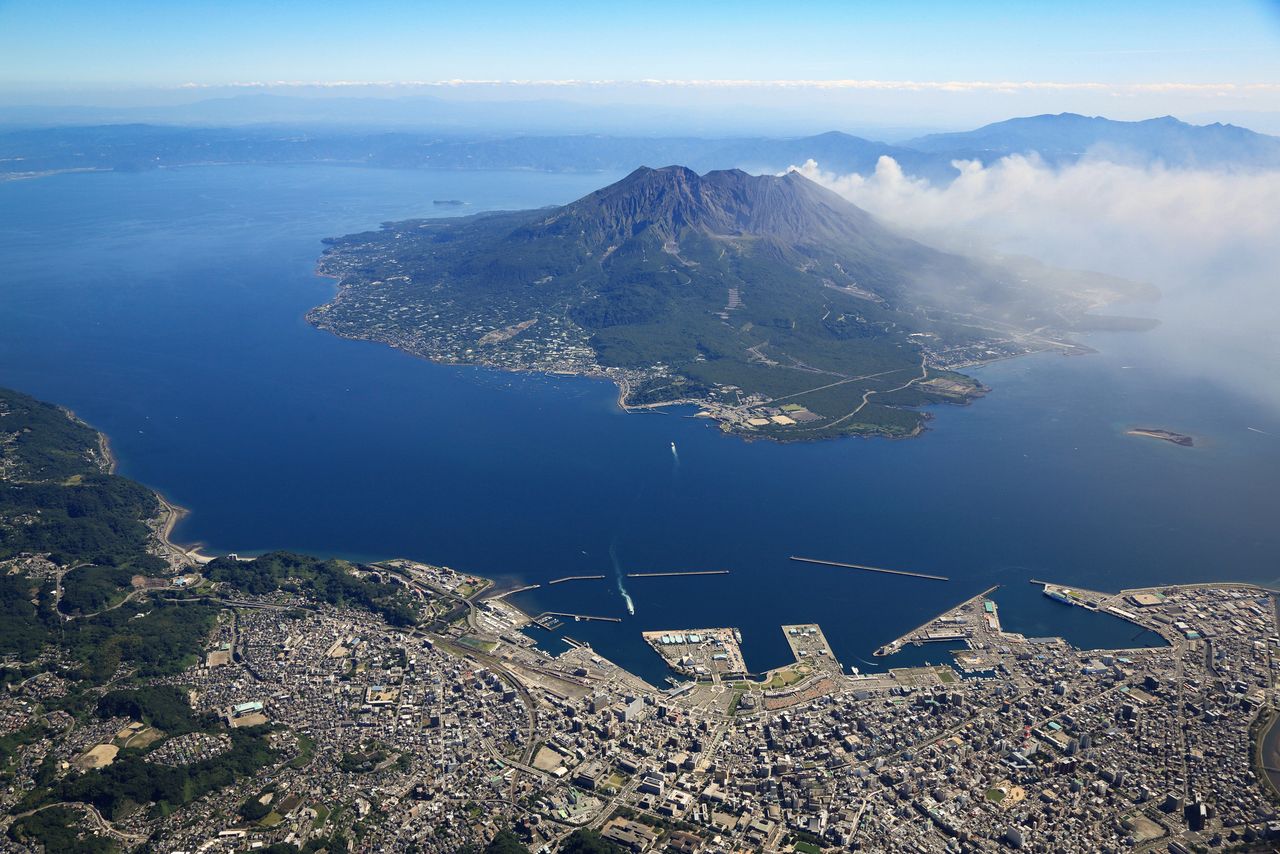 An aerial view of Sakurajima in Kinkō Bay with Kagoshima in the foreground. 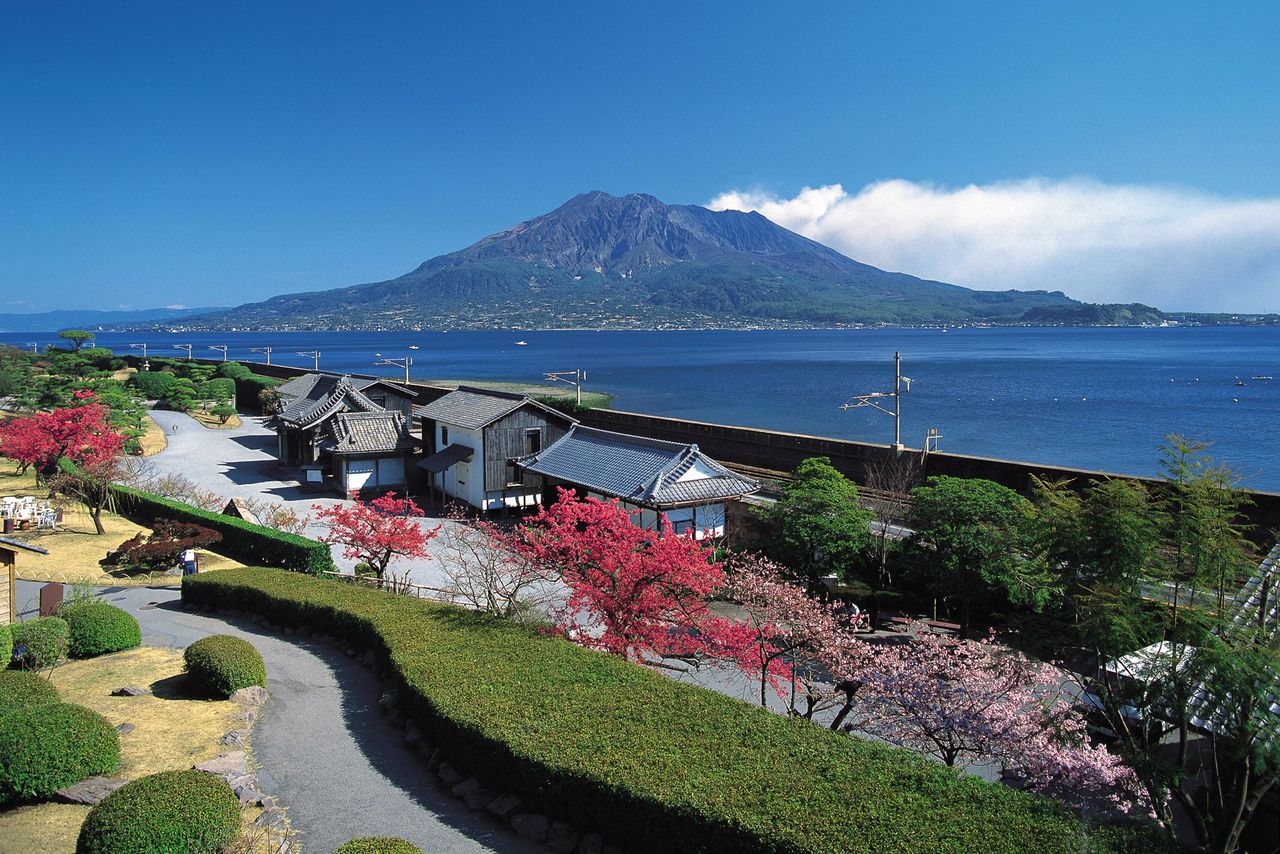 A view of Sakurajima from Sengan’en, a villa belonging to the Shimazu family, who ruled the area during feudal times. 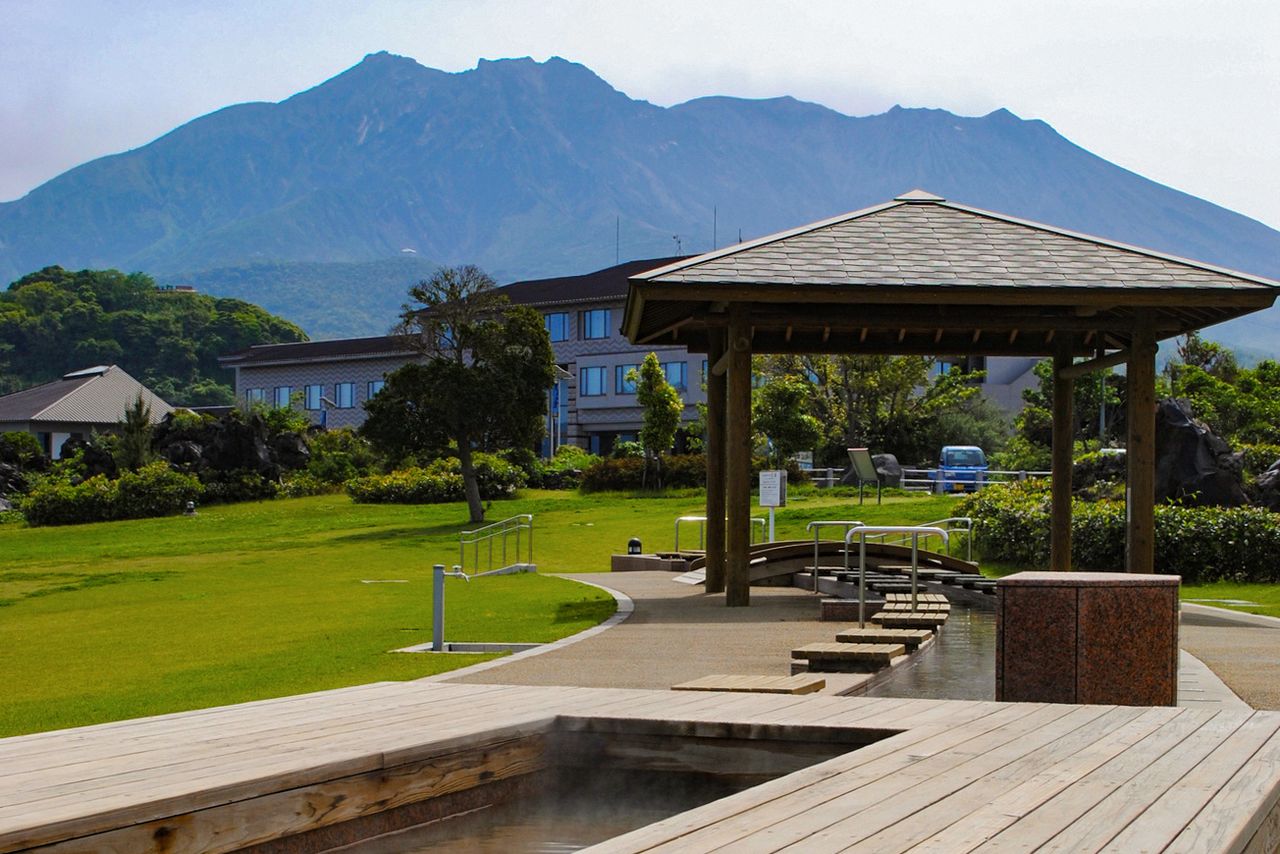 The hot spring foot bath at Yōgan Nagisa Park is a perfect spot for viewing Sakurajima. 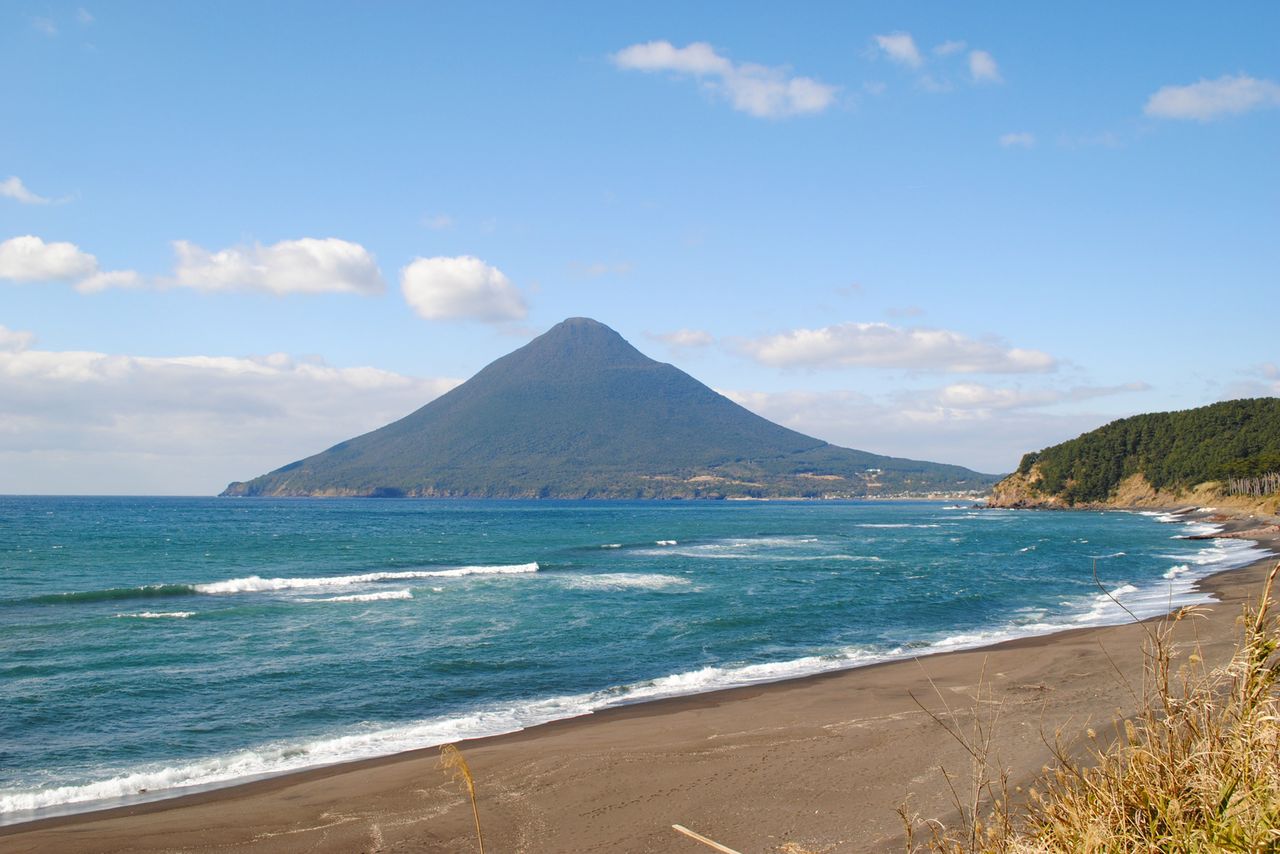 Kaimon-dake, seen from Nagasakibana, at the southernmost tip of the Satsuma Peninsula. 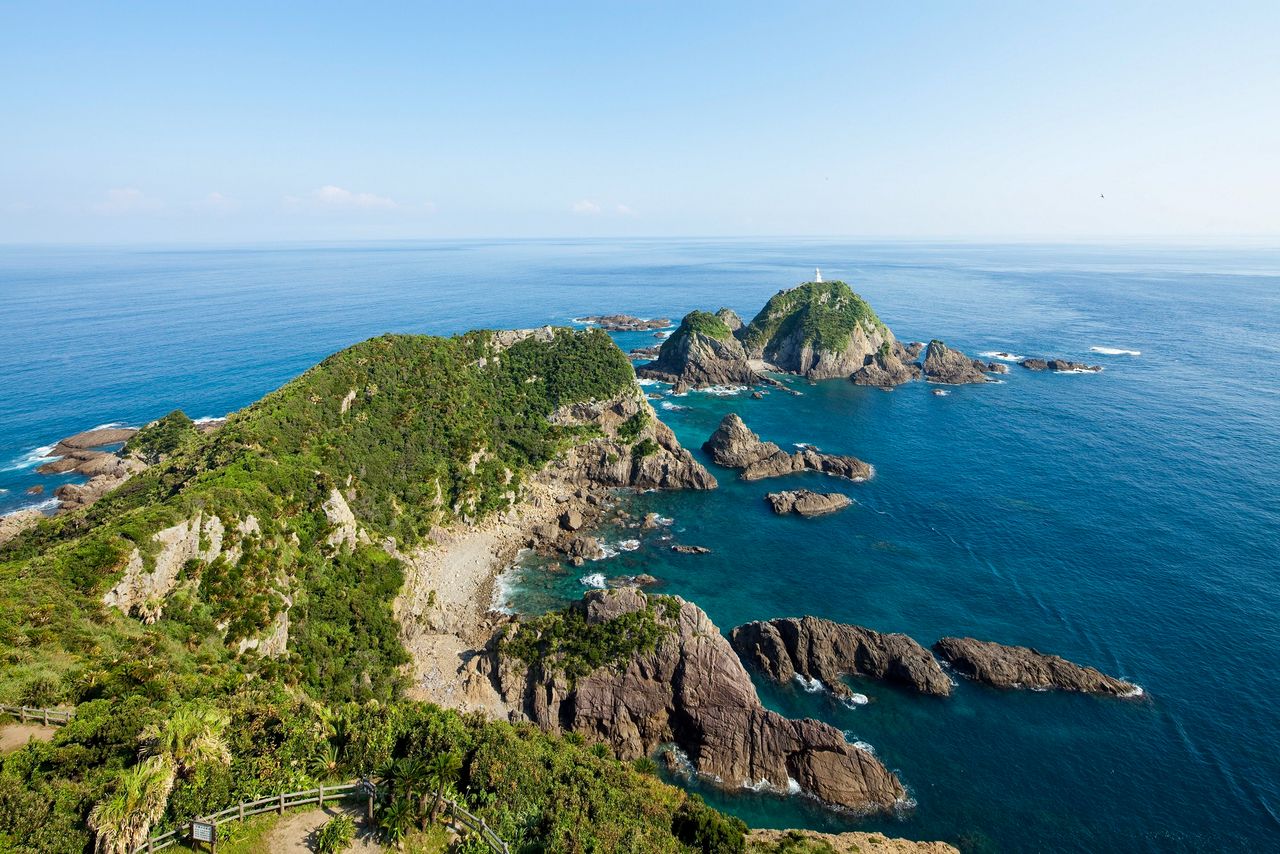 On clear days, Yakushima and Tanegashima islands are visible from Cape Sata. The Cape Sata lighthouse, one of Japan’s oldest such structures, stands on Ōwajima, an island 50 meters offshore. 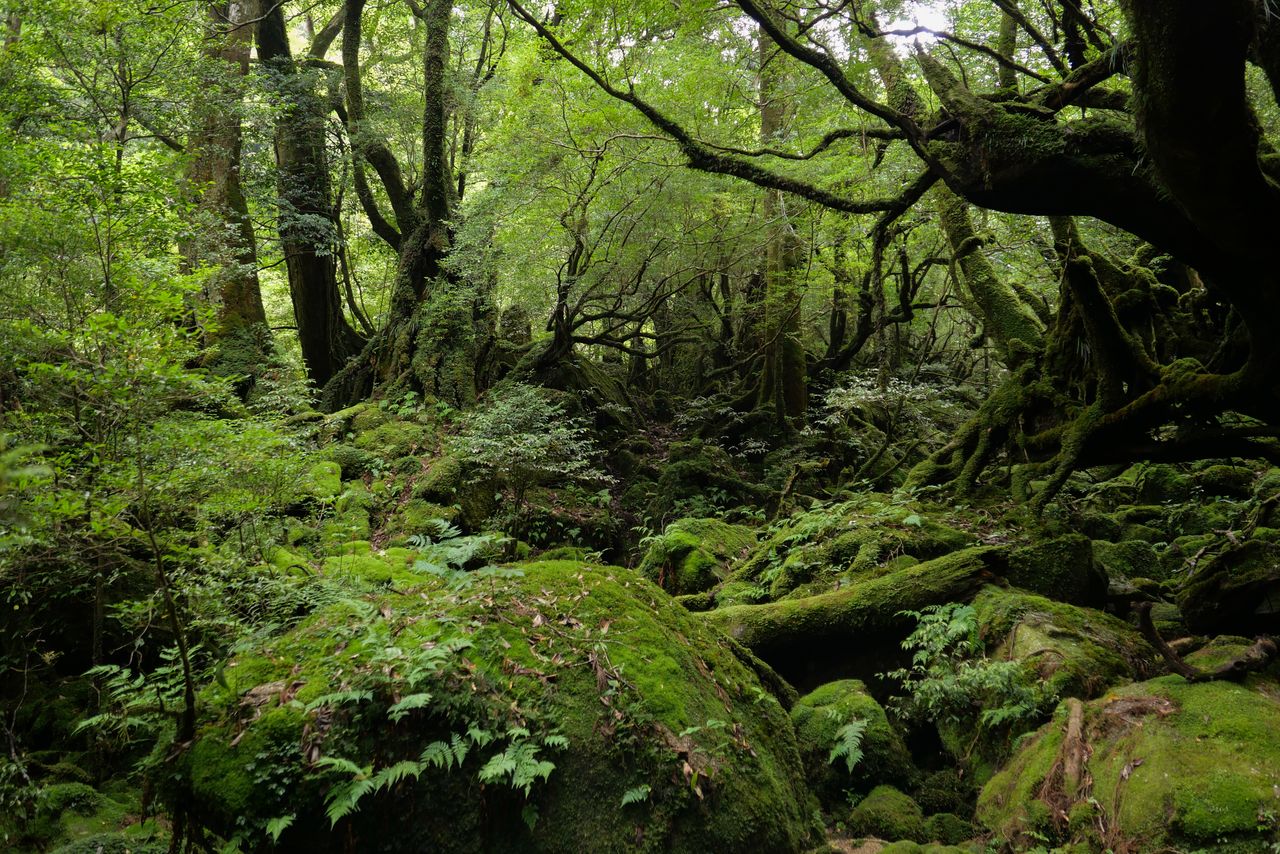 A wooded area with thick moss and limpid streams, nicknamed the “Princess Mononoke Forest,” in the Shiratani-Unsuikyō valley. (© Pixta)

Sixty kilometers south of Cape Sata lies Yakushima, inscribed as a UNESCO World Heritage site in 1993. Yakushima National Park consists of Yakushima, which has a rugged mountainous interior, and the island of Kuchinoerabujima some 12 kilometers to the west.

Yakushima, roughly 130 kilometers in circumference, has nearly 40 peaks over 1,000 meters tall, including 1,935-meter Miyanoura-dake, Kyūshū’s highest mountain, 1,886-meter Nagata-dake, and 1,831-meter Kuromi-dake. The mountains are collectively known as “the Alps of the ocean.” While the climate is temperate year-round in coastal areas, temperatures vary inland and heavy precipitation feeds the island’s lush greenery. Stands of Japanese cedar, typified by the ancient Jōmon Sugi, are one of the island’s best-known features. The trees grow at elevations of 500 meters or higher, with Yakushima being the southernmost point in the country where this species is found. 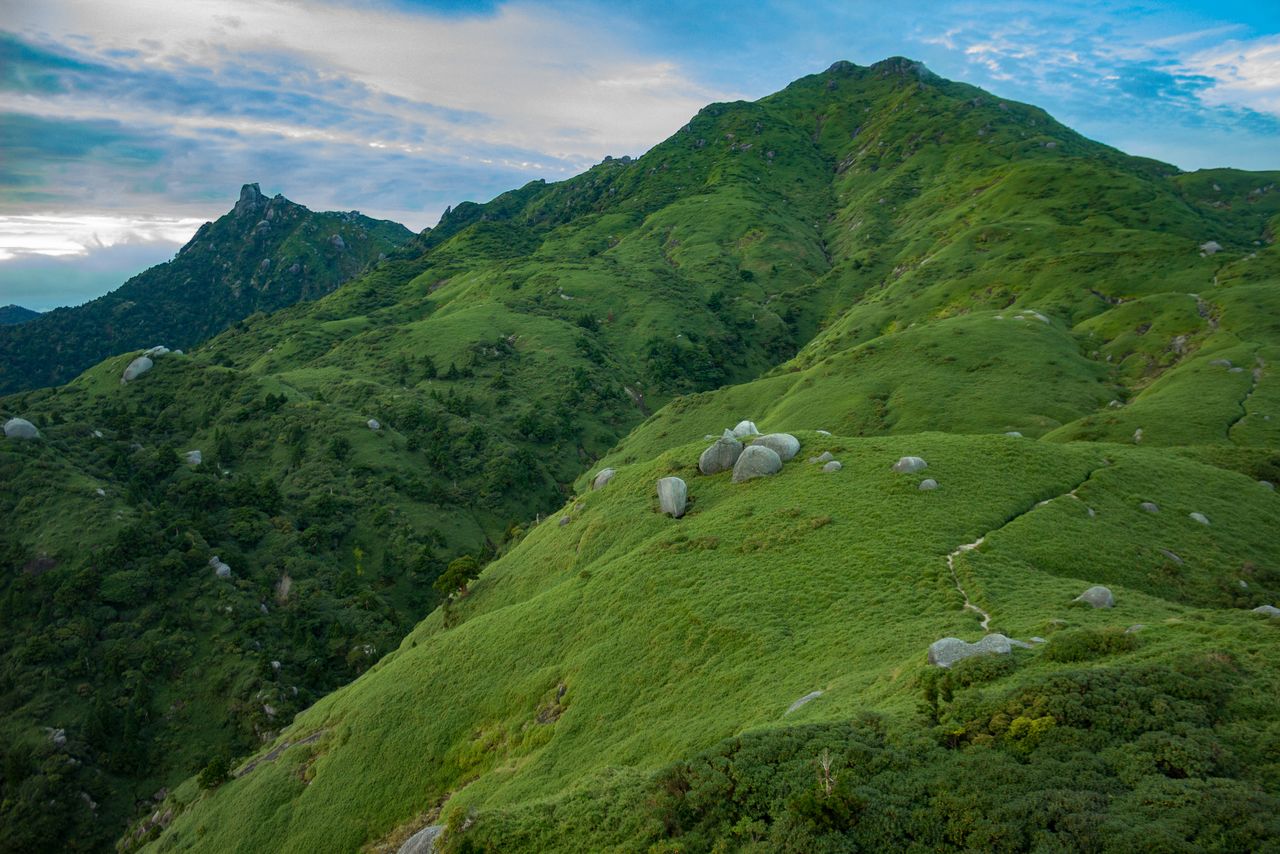 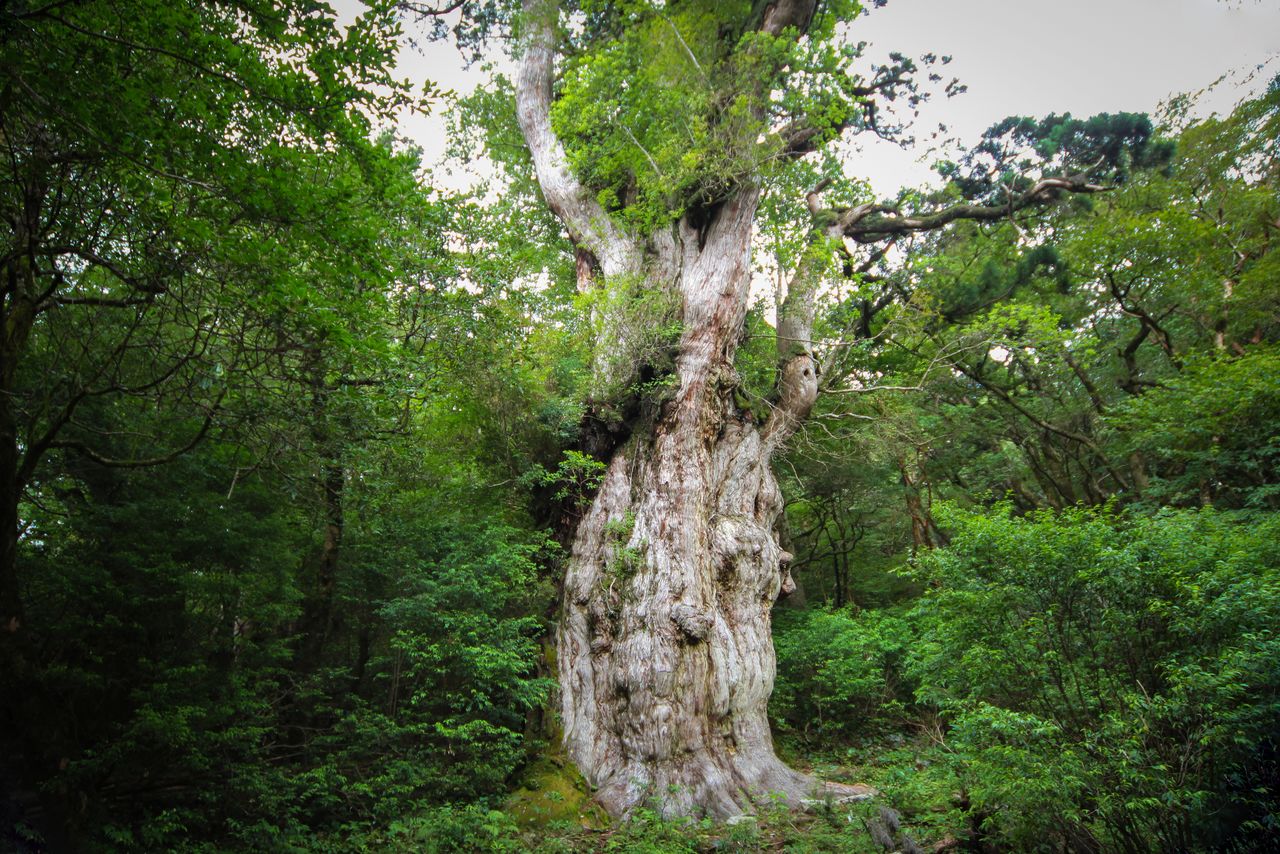 The Jōmon Sugi is estimated to be over 2,000 years old. It is the largest Japanese cedar on the island. (Courtesy Kyūshū Tourism Promotion Organization) 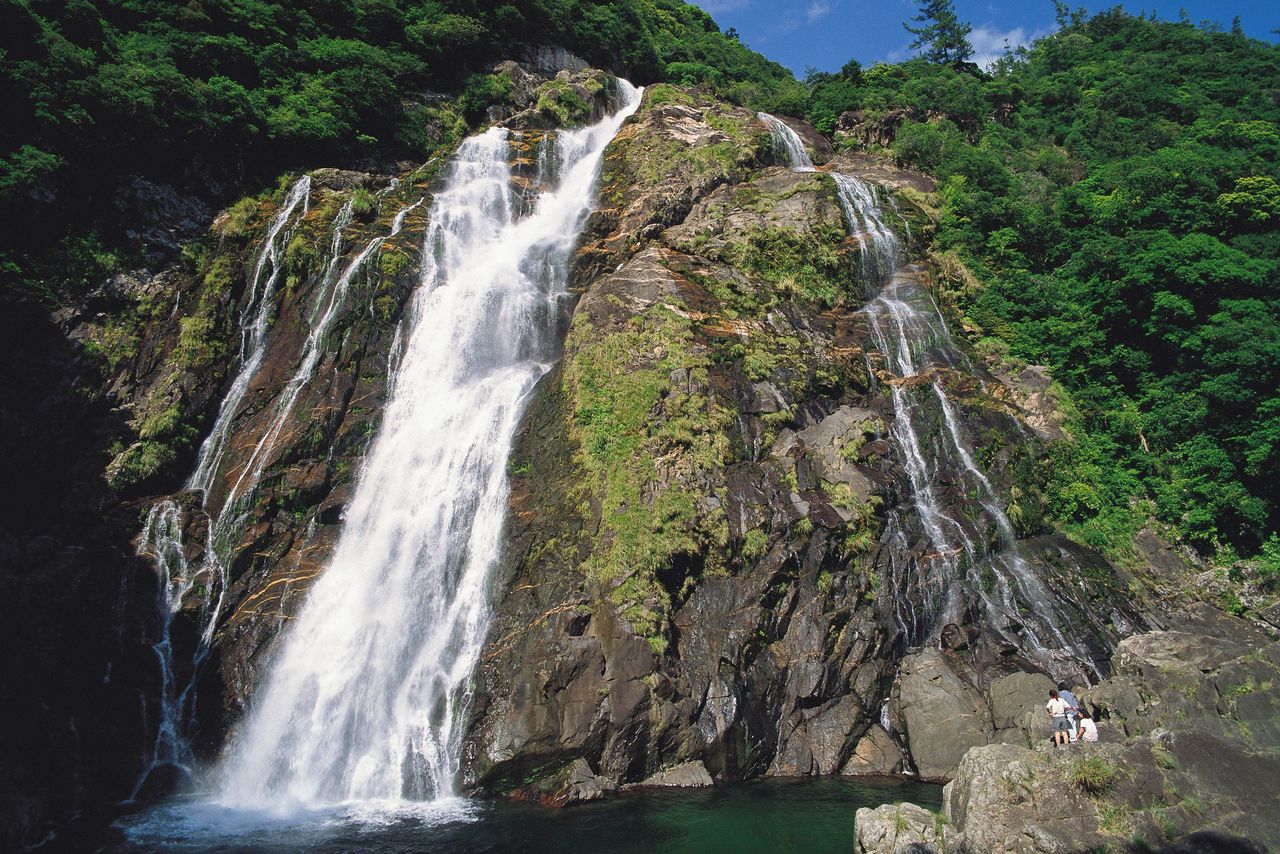 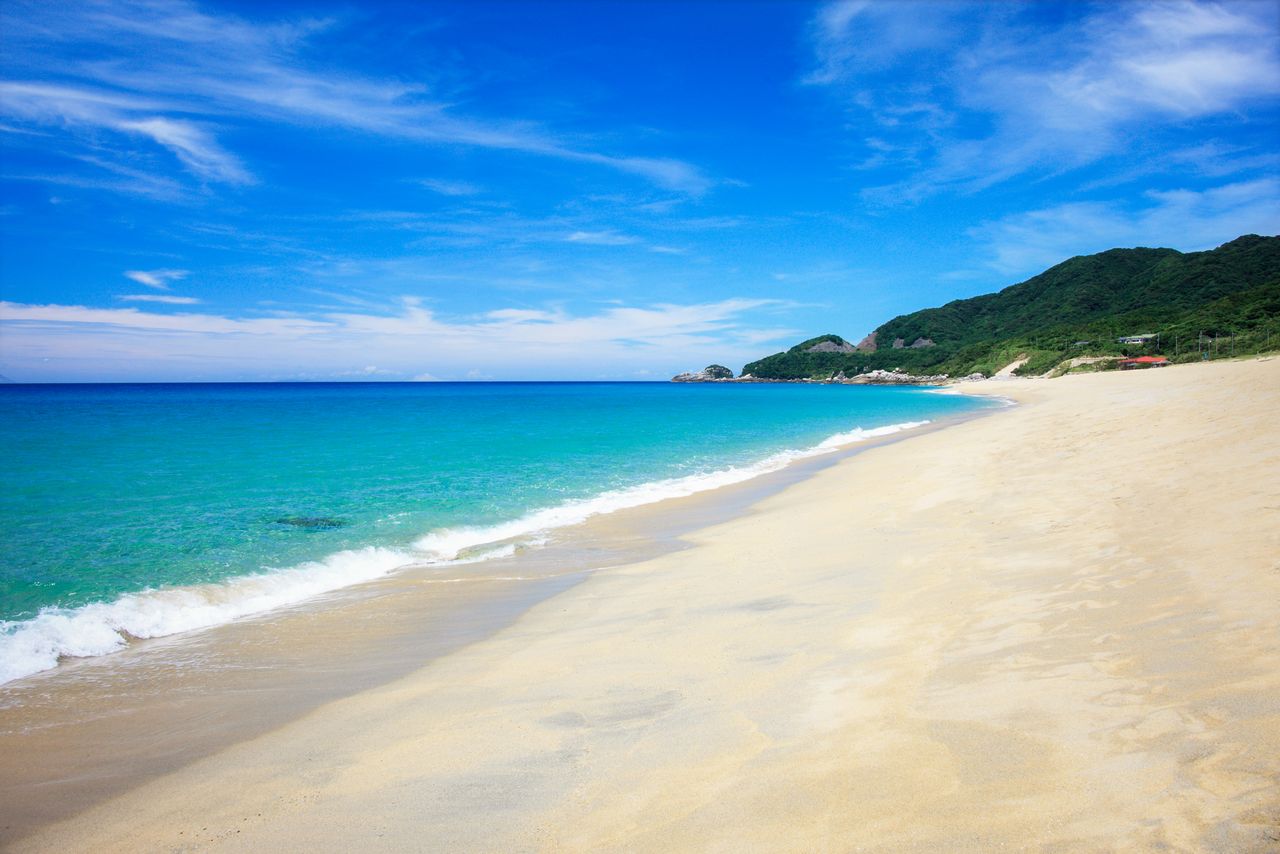 Nagata-inakahama is a popular beach and also a spawning ground for sea turtles. (© Pixta)

The small volcanic island of Kuchinoerabujima consists of two volcanic ranges that join to give it a gourd-like shape. On the eastern side of the island, 657-meter Furu-dake, the highest peak, and 626-meters Shin-dake, a smoldering volcano, combine to create a dynamic landscape. The scenic coastline, eroded by ocean waves, is dotted with caves and cliffs. 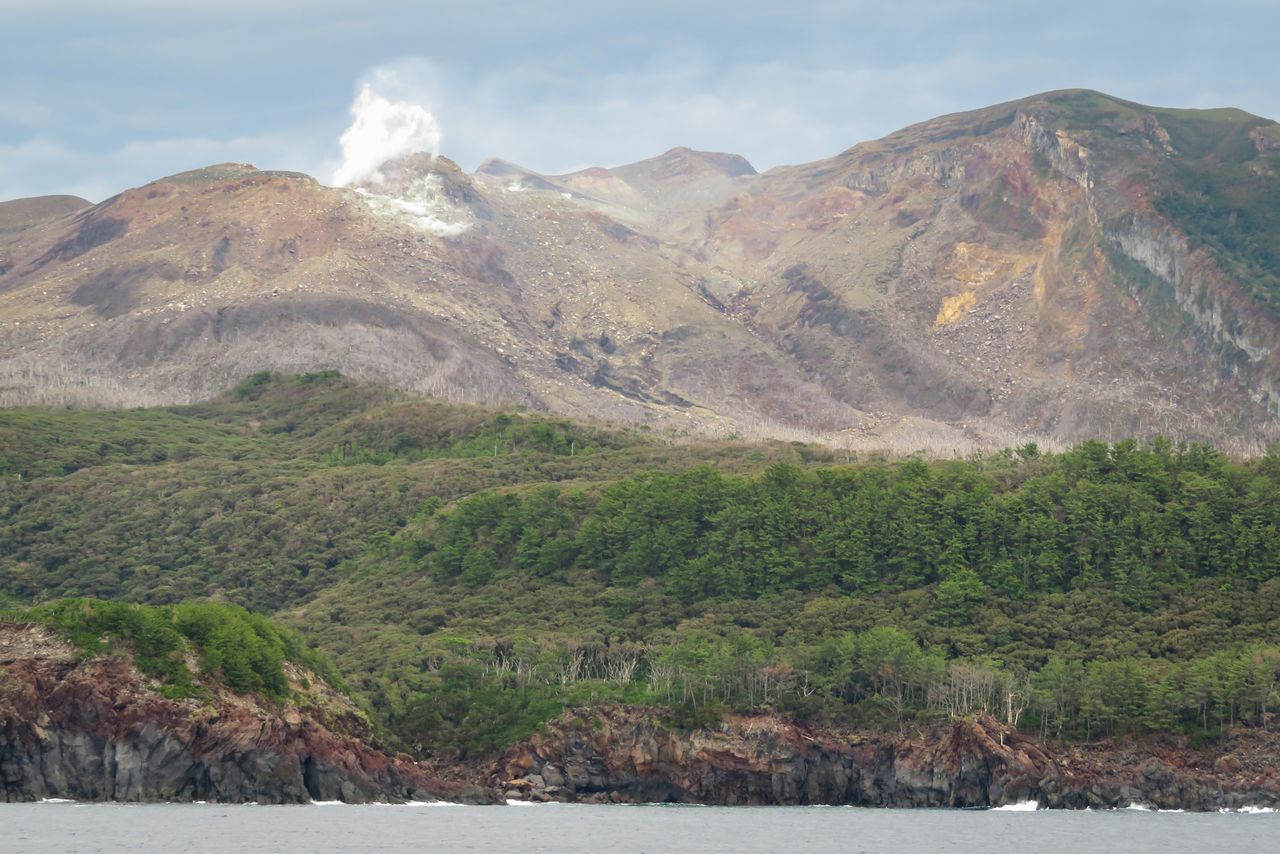 Smoke rises from Shin-dake, set back from the eroded coastline. (© Pixta) 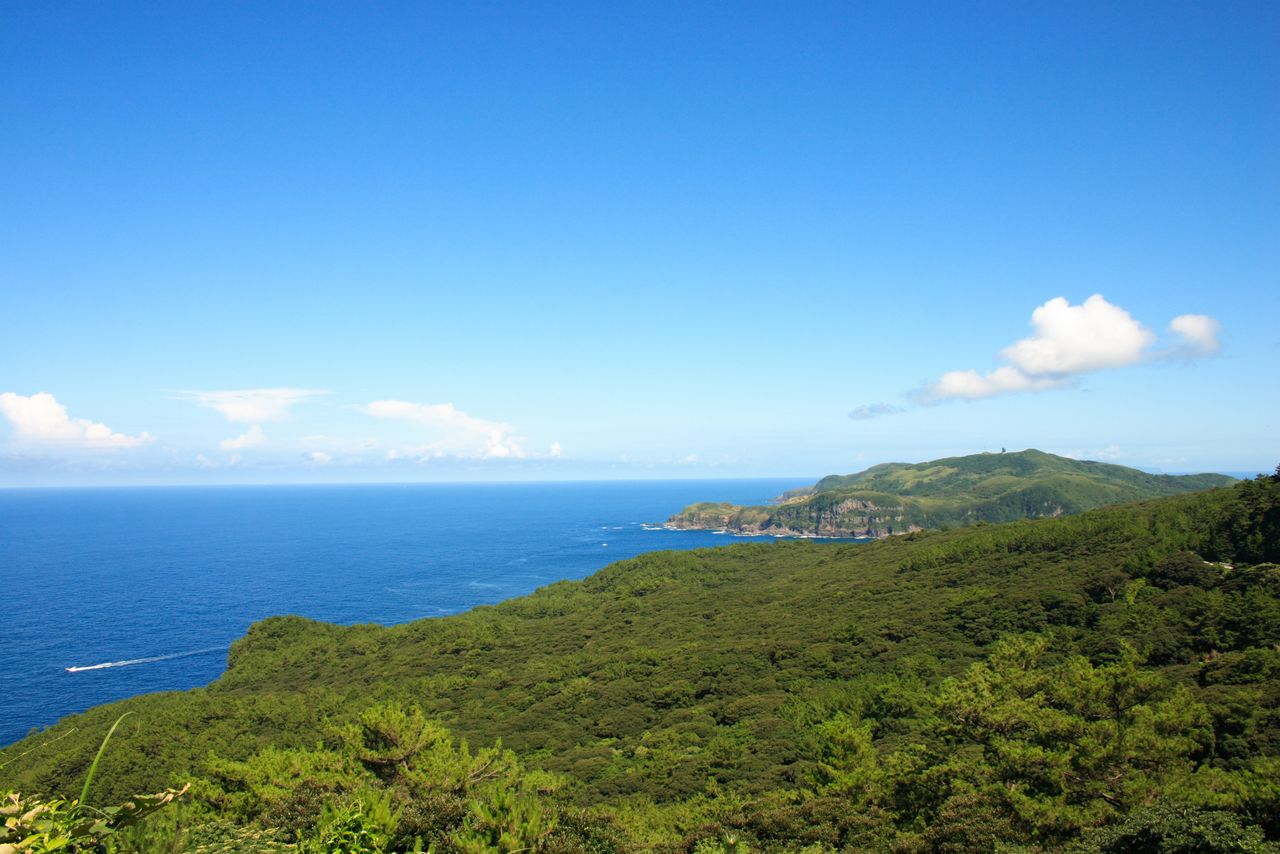 Mount Ban’yagamine, on the western side of the island beyond an evergreen broadleaf forest, as seen from the western foothills of Furu-dake. (© Pixta) 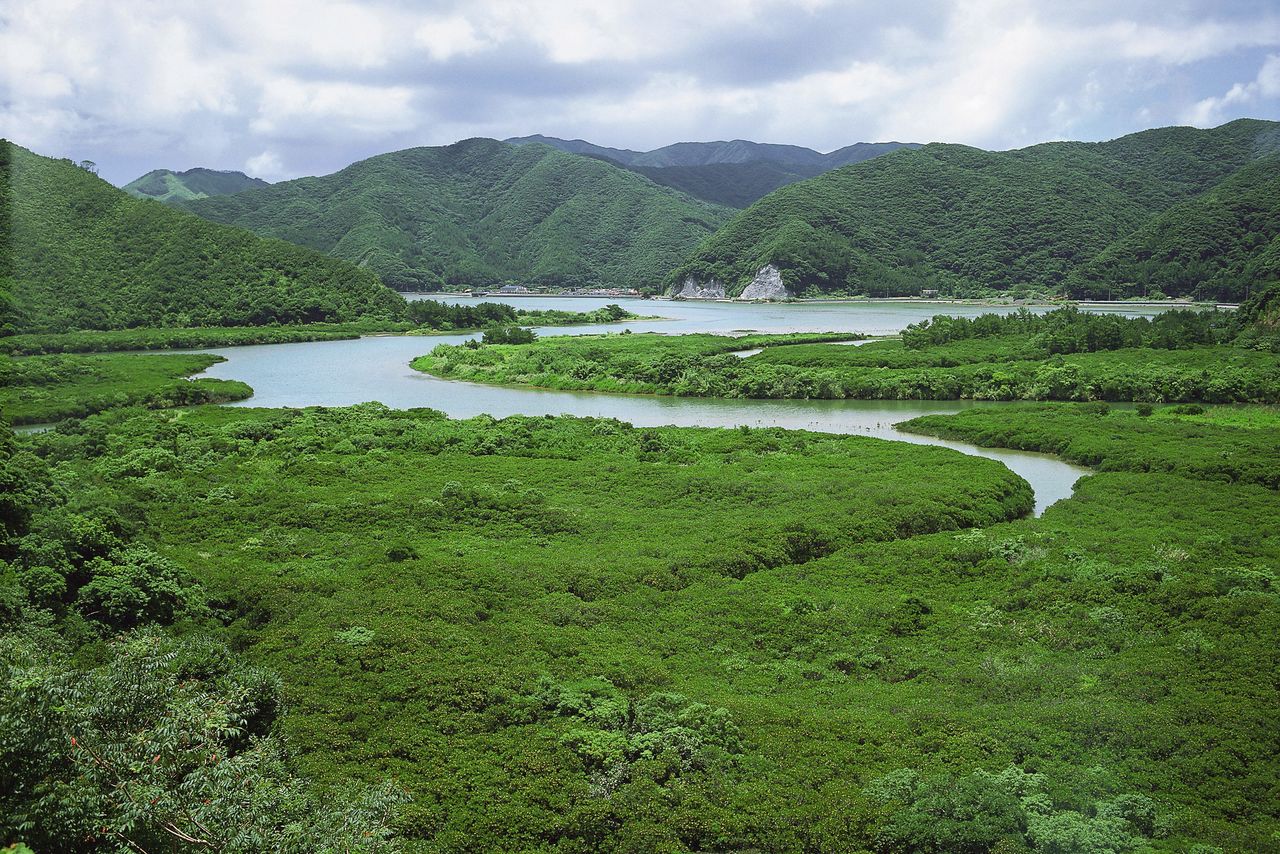 The mountains of Amami serve as a backdrop to the island’s expansive mangrove forest.

Amamiguntō National Park, designated in 2017, is Japan’s newest national park. The park consists of a chain of islands off the southern tip of Kagoshima Prefecture, including Amami Ōshima, Kakeromajima, Tokunoshima, Okinoerabujima, and Yoron. Surrounded by crystal-clear blue seas and covered in subtropical evergreen broadleaf forests, they are home to several rare endemic species of flora and fauna. Distinctive customs have also been kept alive on these islands, and traditional culture such as the shima uta music genre and harvest festivals still have a place in the islanders’ daily lives.

Amami Ōshima is home to hikagehego, a rare plant species considered a living fossil that grows in the virgin forests of Kinsakubaru, and sprawling stands of mangroves. Hovering over the landscape is 694-meter Yuwan-dake, the tallest peak on the island. The ria coastline along the Ōshima Strait separating the island from Kakeromajima, with deep indentations separated by prominent ridges, is a prime spot for viewing sunsets. 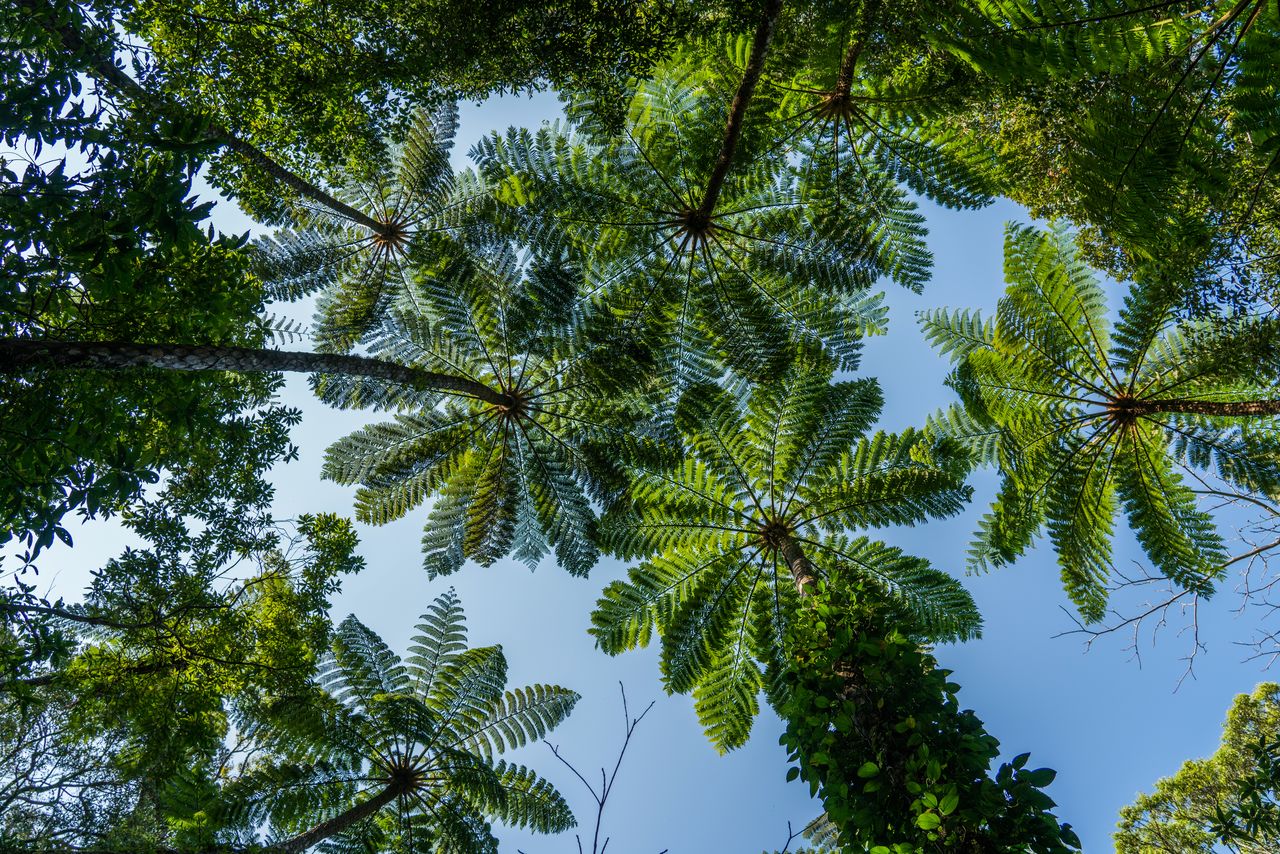 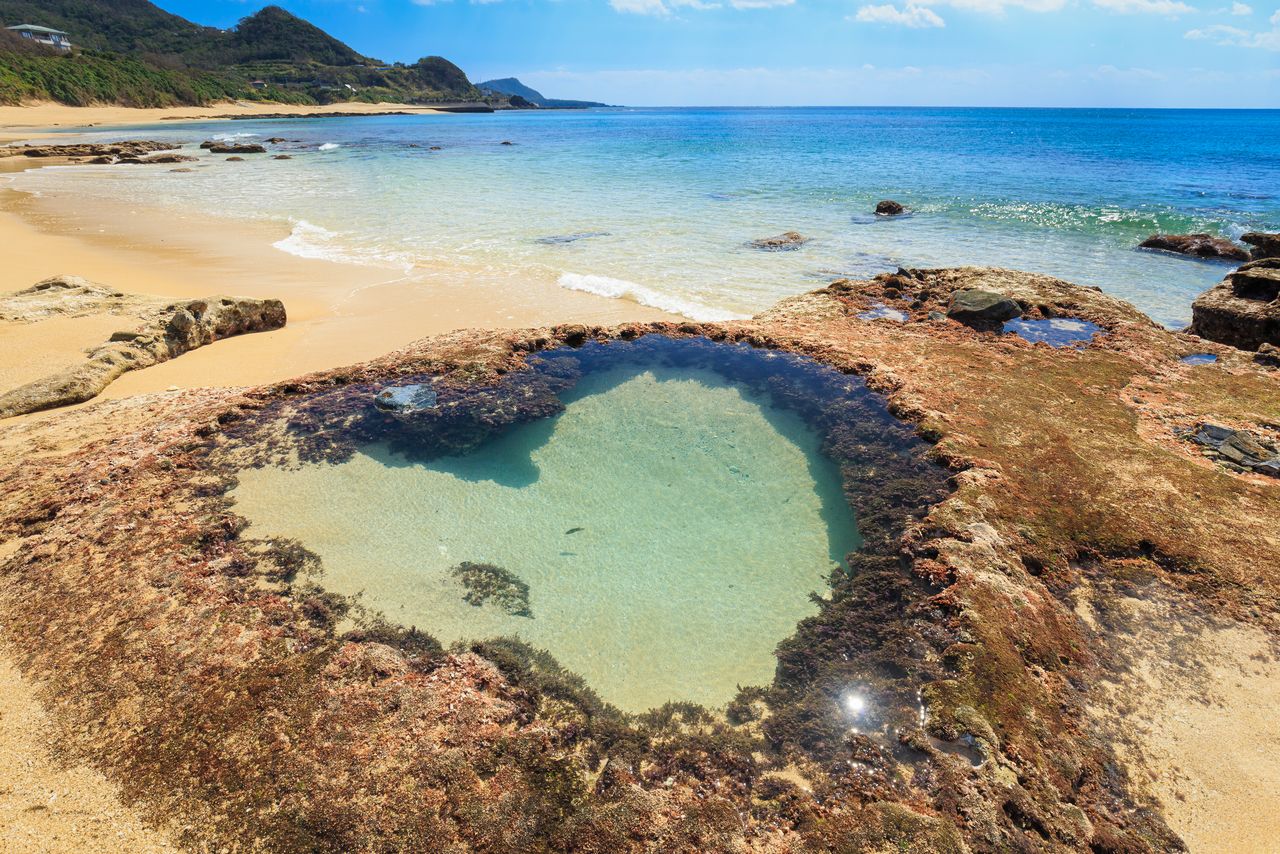 The “heart rock” tidal pool that appears at low tide is a popular Amami attraction. (© Pixta) 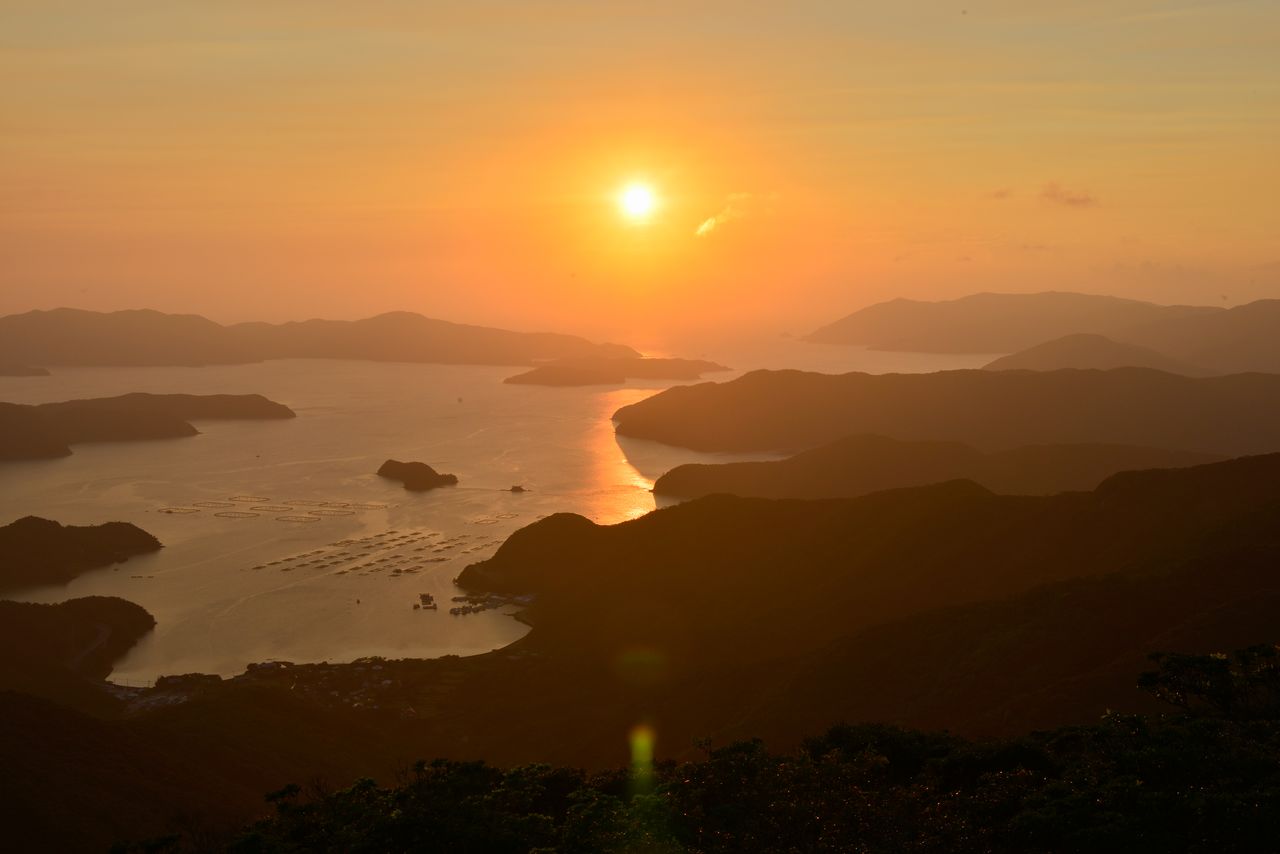 Sunset over the Ōshima Strait, in the direction of Kakeromajima. (© Pixta) 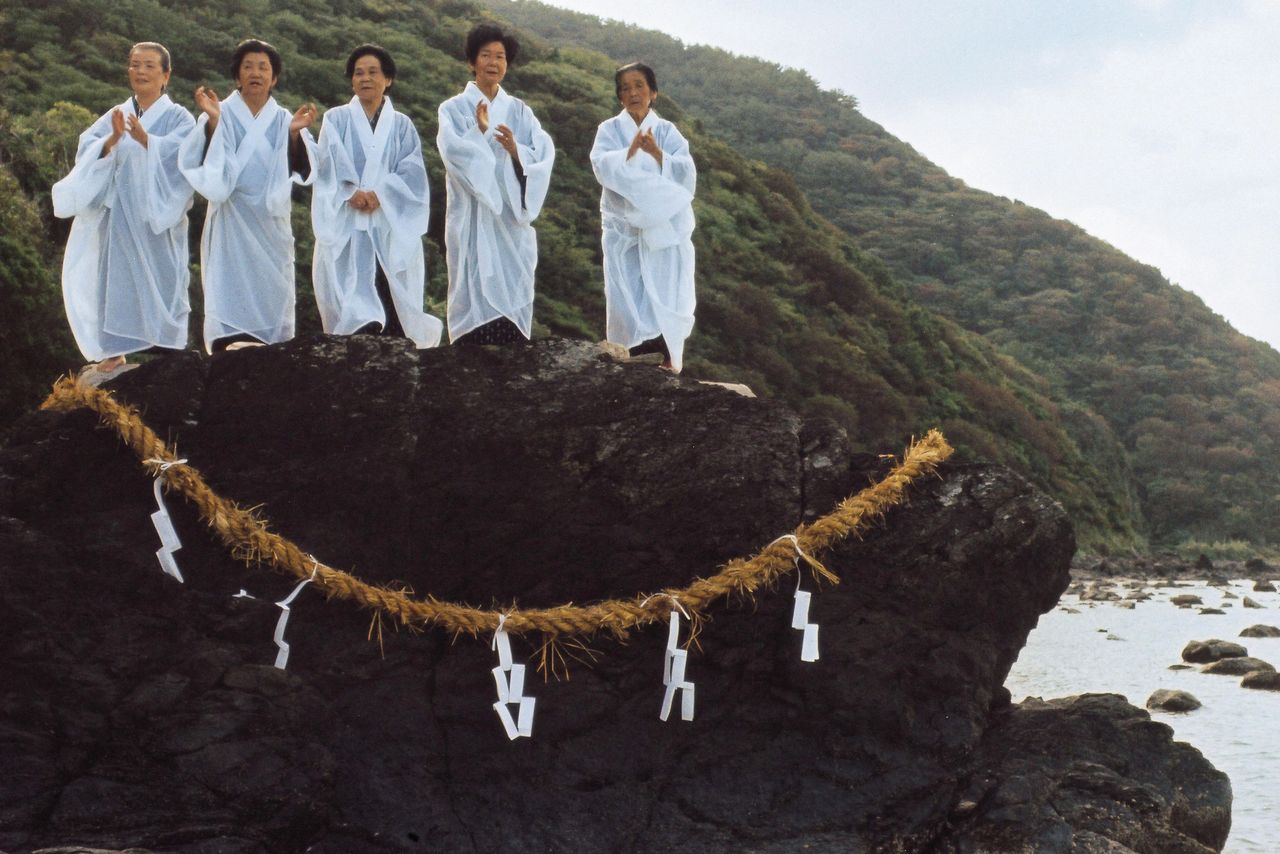 Shamans from the village of Akina conduct the Hirase Mankai, a ritual to pray for an abundant harvest.

Tokunoshima, the second-largest island, features scenic vistas such as the white sand Aze Beach, protected by reefs, the giant granite boulders of Mushiroze, and the cliffs at Cape Inutabu. Sights on Okinoerabujima include fūcha coral caves, and on Yoron, the beach of Yurigahama, which only appears at low tide. 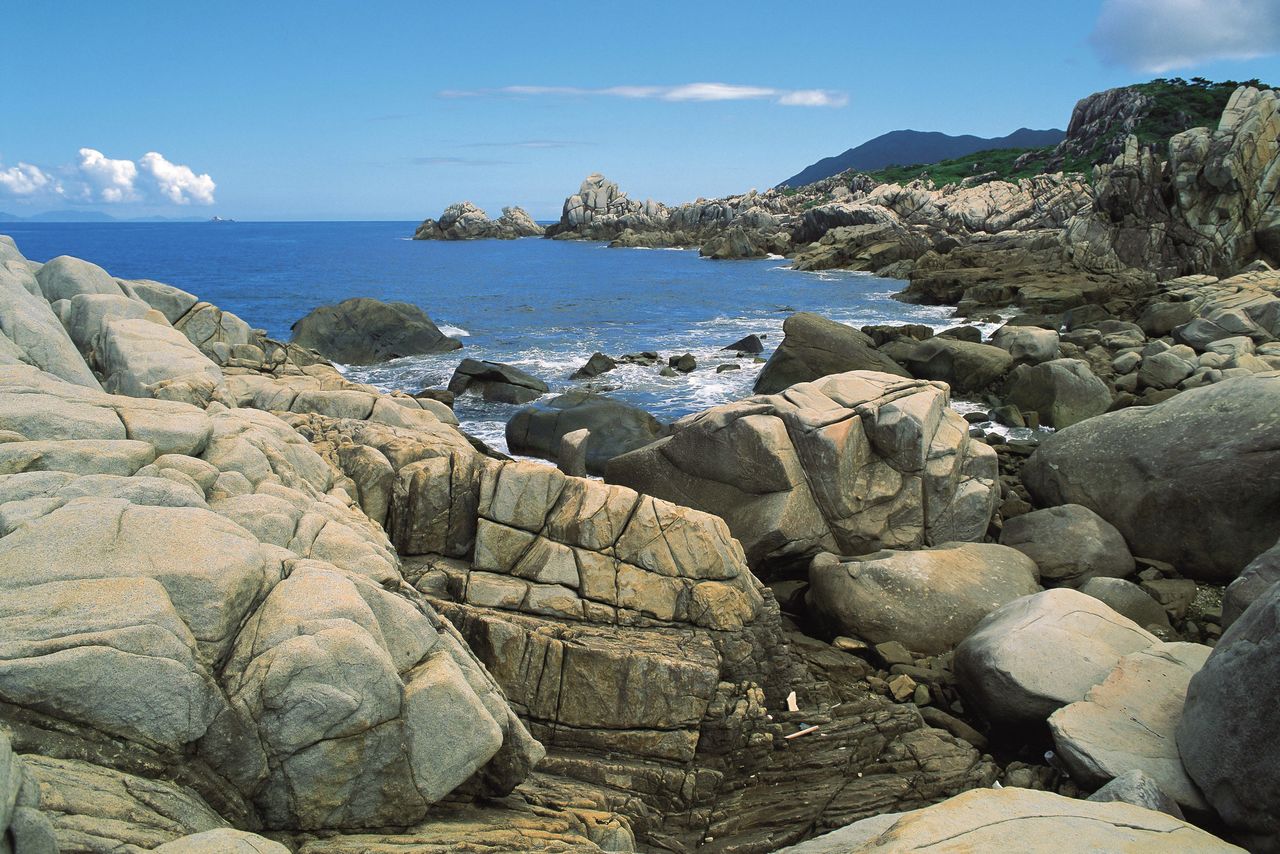 A vast panorama unfolds at Mushiroze on Tokunoshima. Sharinbai, a low shrub in the rose family used as a dyeing agent for the luxurious Ōshima tsumugi silk fabric, grows near the shoreline. 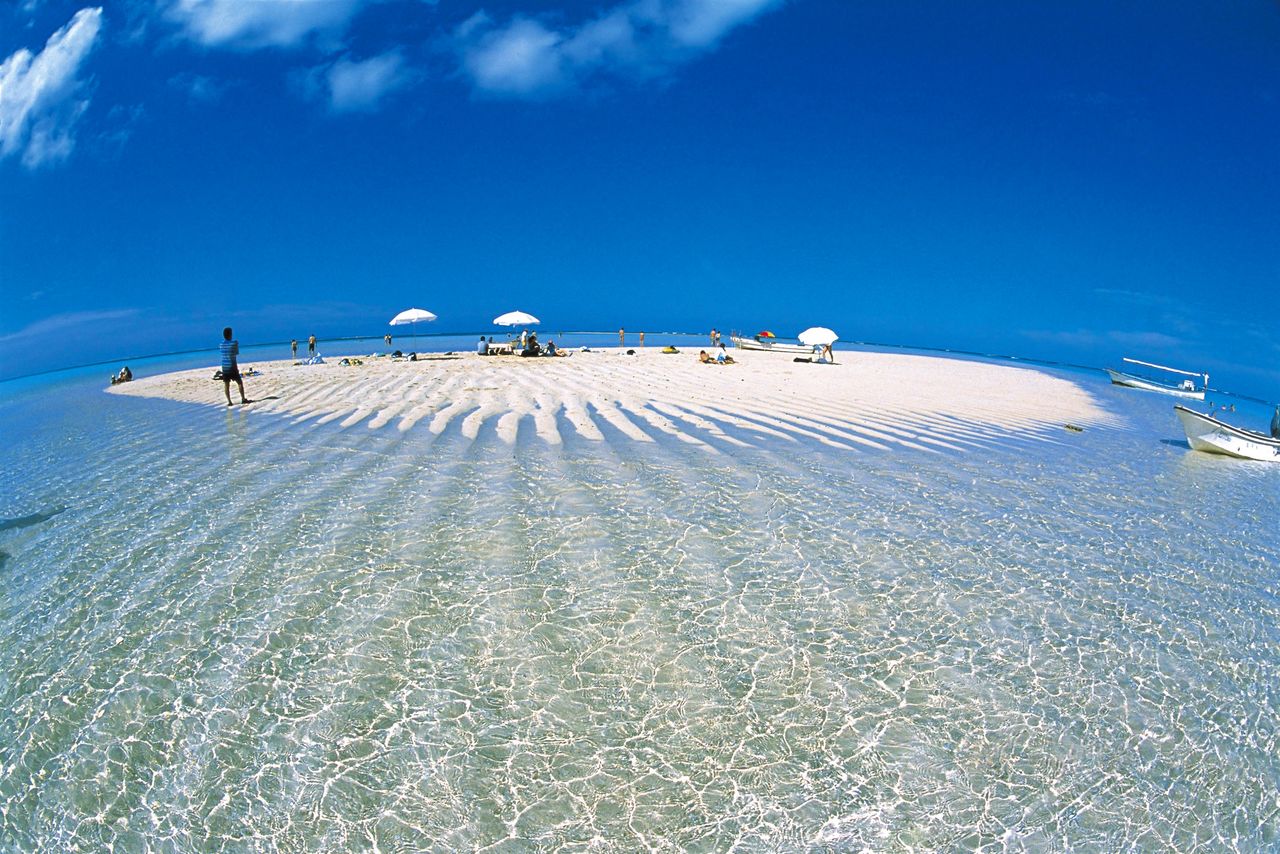 Waves form patterns in the sand at Yurigahama, a popular snorkeling spot.