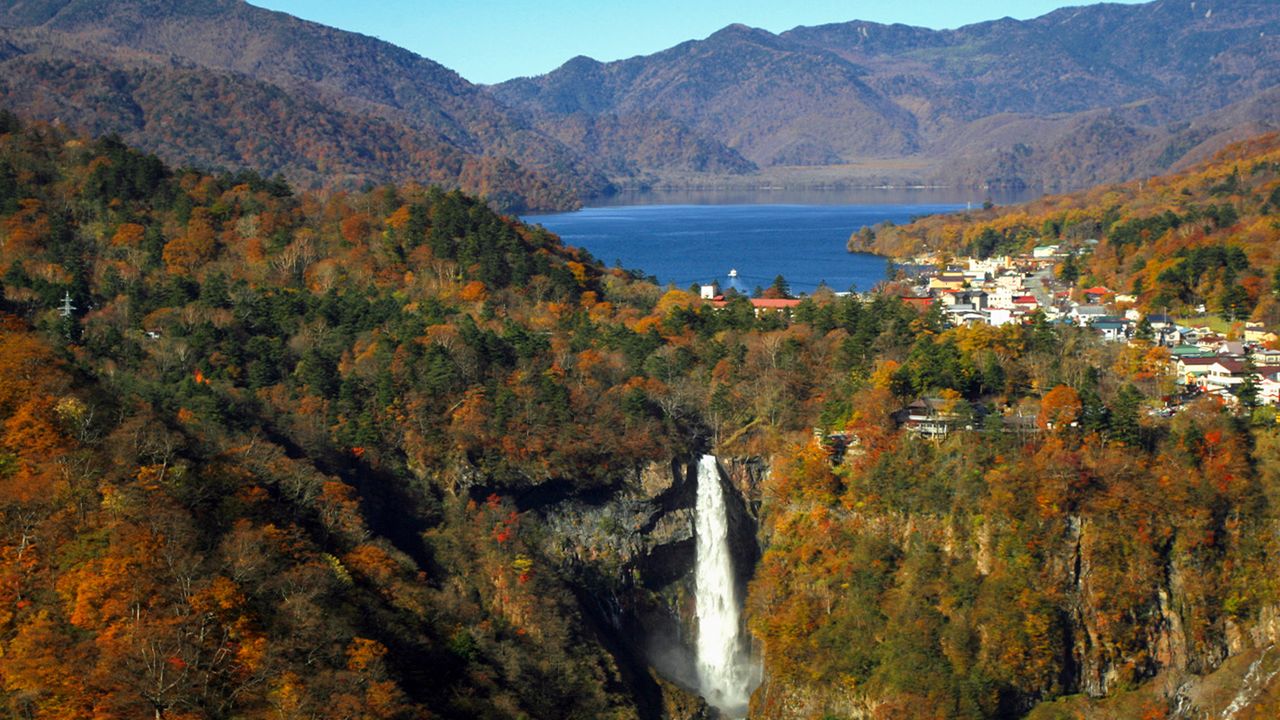 National Parks in the Kantō Region: One-Day Getaways from Tokyo

Travel Nov 12, 2021
Despite being one of the world’s largest cities, Tokyo offers easy access to national parks like Nikkō, renowned for its fall foliage and other natural beauty, along with historic shrines, temples, and hot springs galore; Oze known for its wetlands; and Chichibu-Tama-Kai, with its wealth of scenic surroundings a short train ride away. 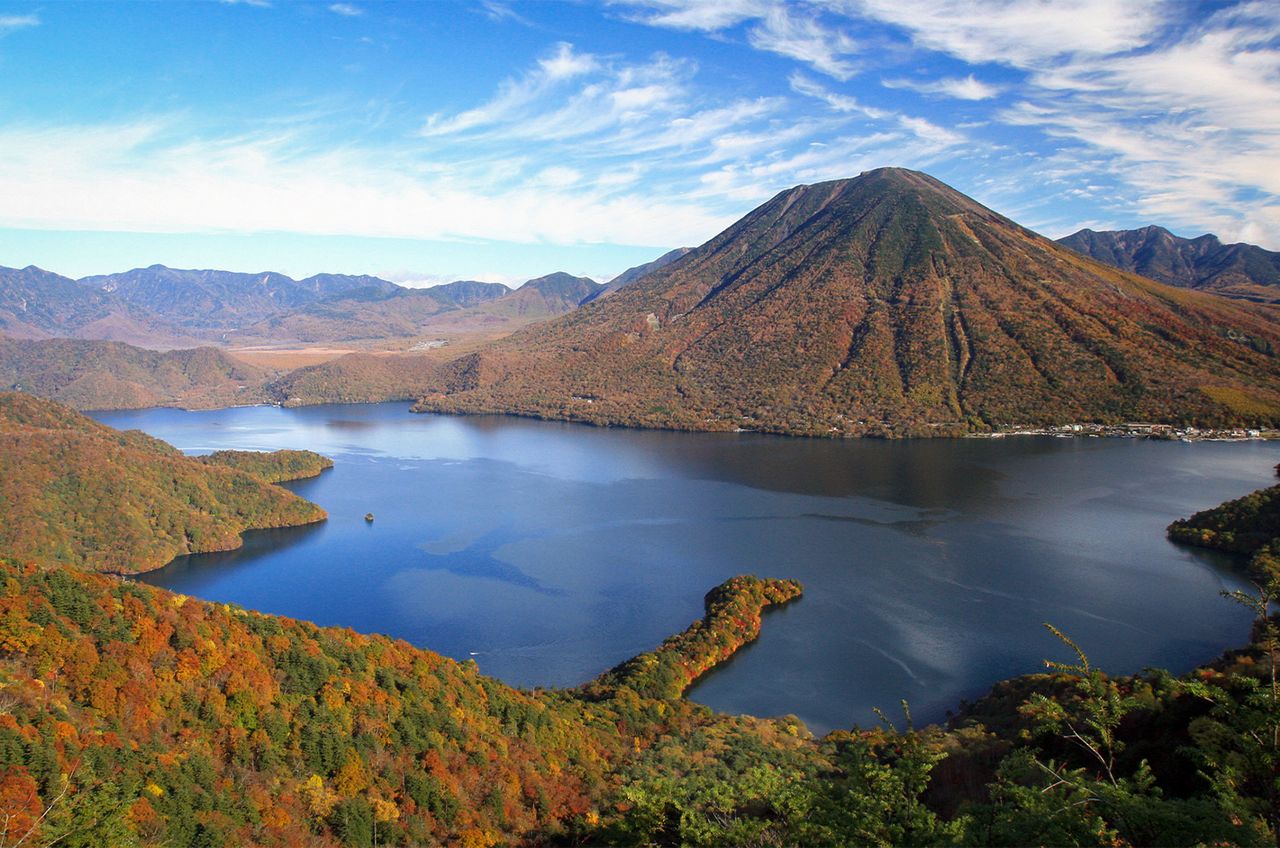 Nikkō National Park, accessible primarily from the city of Nikkō in northwestern Tochigi, lies across Tochigi, Gunma, and Fukushima Prefectures. When first designated as a national park in 1934, it included the Oze wetlands and was expanded to include the Oku-Kinugawa, Kuriyama, Nasu-Kashi, and Shiobara areas in 1950. The park today includes all those sections except Oze, which was detached to create Oze National Park in 2007.

Most of the park is a rugged area within the Nasu Volcanic Belt, with several peaks over 2,000 meters high. These include Mount Shirane (2,578 meters), the highest in northern Kantō, and Mount Nantai (2,486 meters), which towers over the shrines and temples of Nikkō. Farther to the north, the Nasu range rises to 1,917 meters. The foothills of these mountains consist of highlands and extensive marshy areas, along with lakes, gorges, and waterfalls, and the area draws crowds who visit to enjoy its stunning autumn foliage. 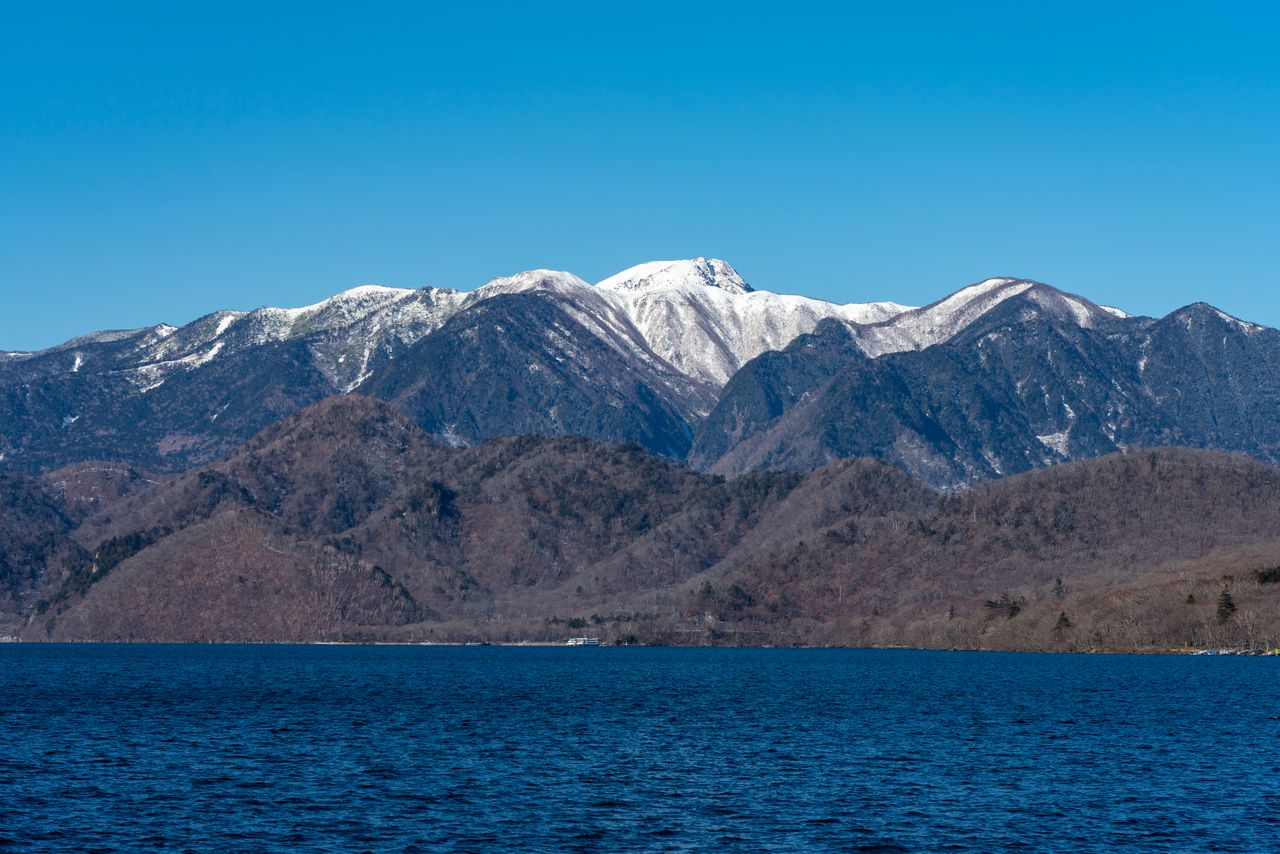 Snow-capped Mount Nikkō-Shirane, with Lake Chūzenji in the foreground. (© Pixta) 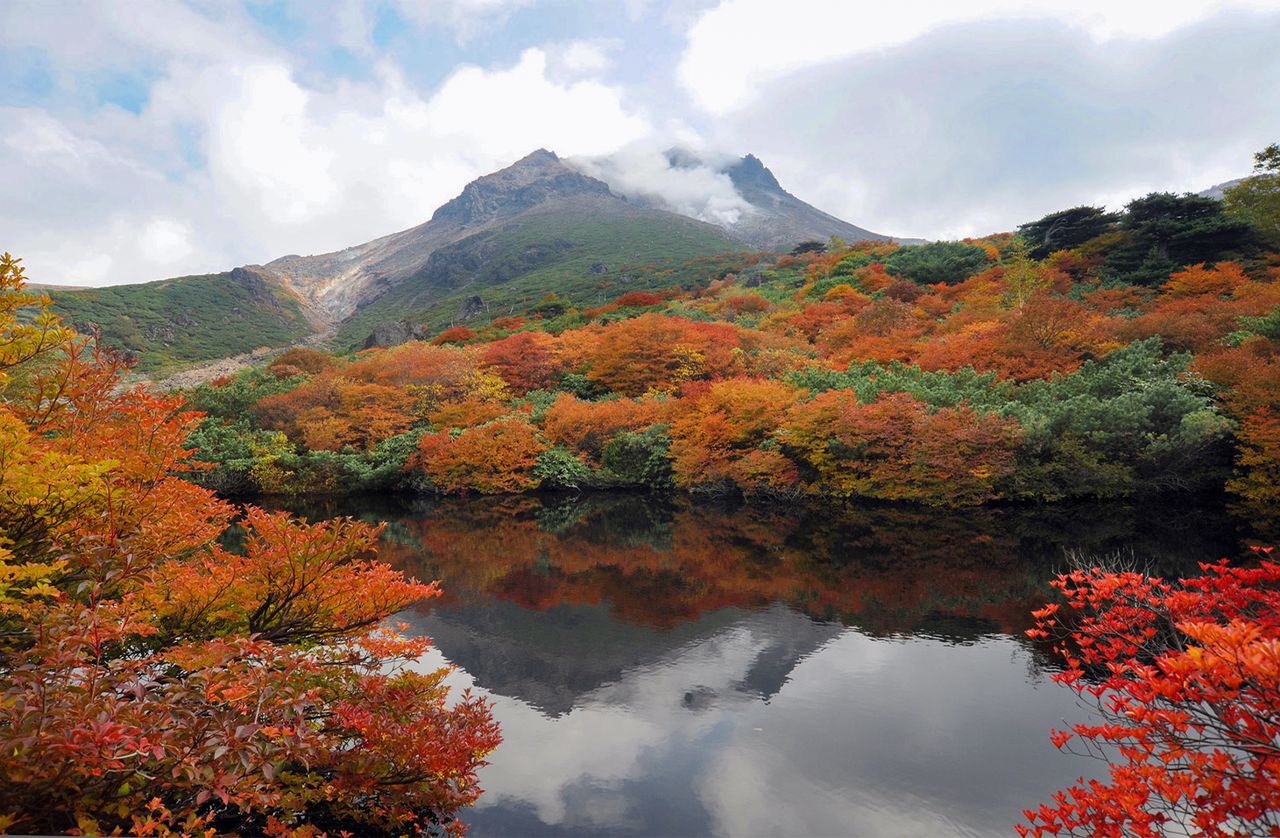 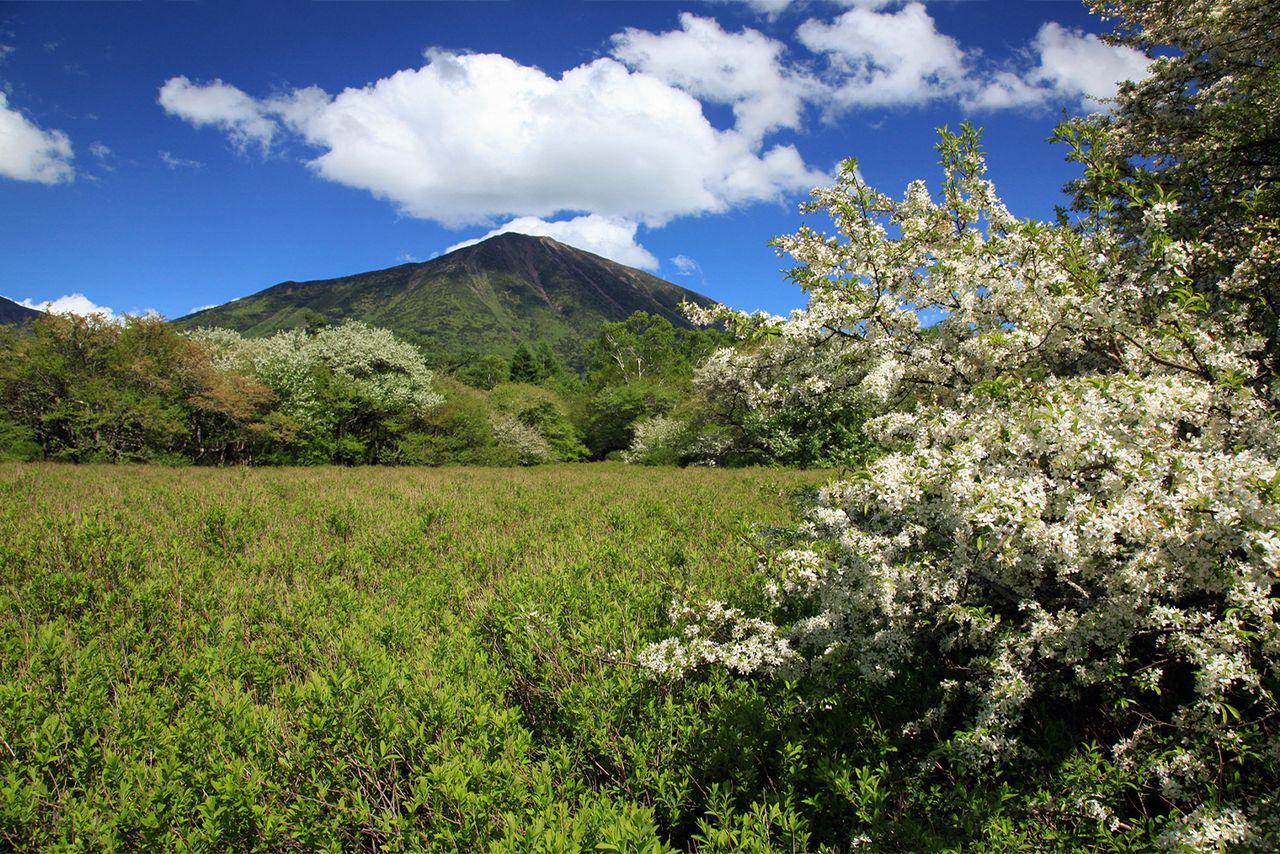 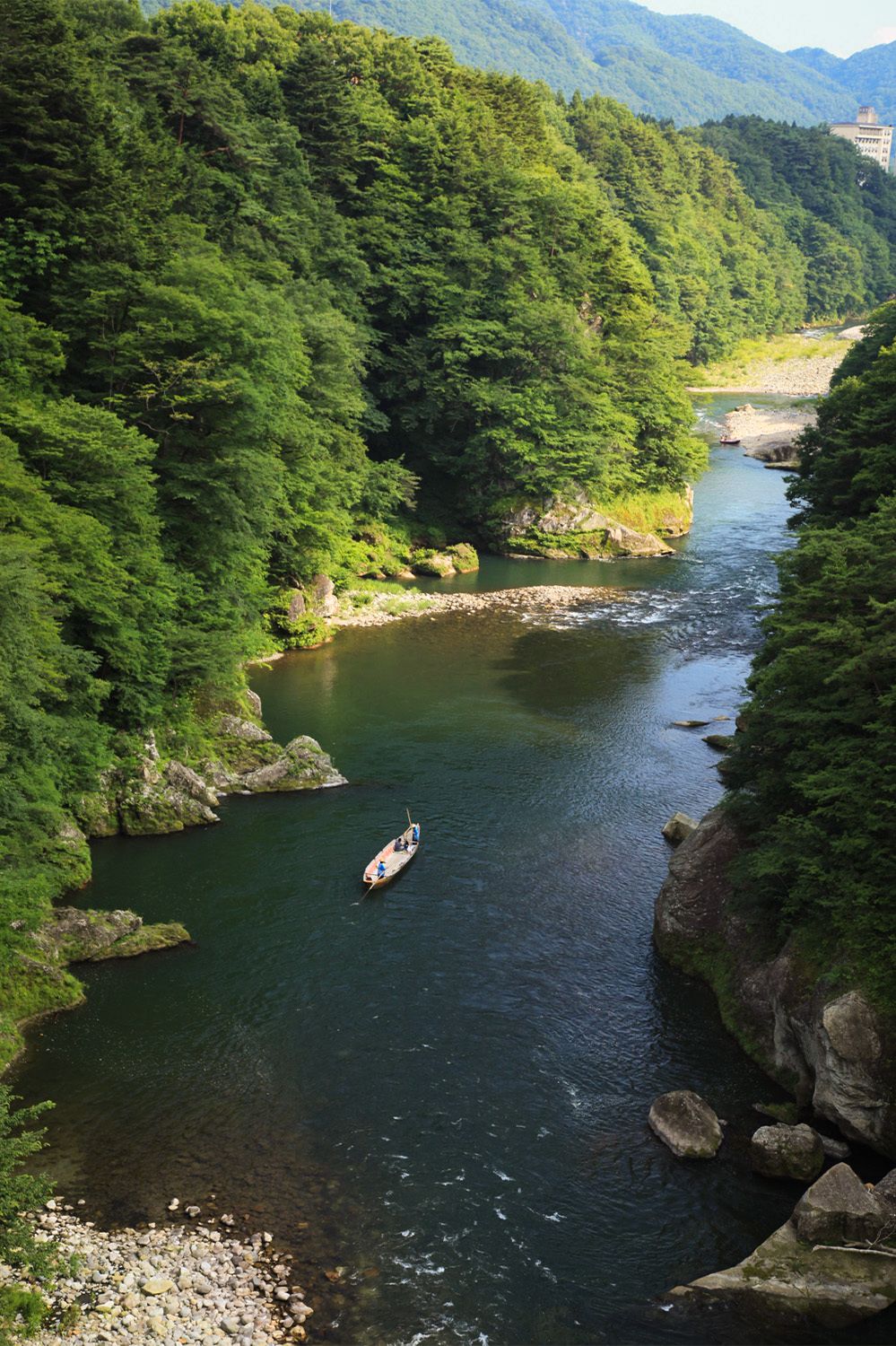 Nikkō and Kinugawa are popular day-trip destinations from Tokyo. Among the main attractions of the Shrines and Temples of Nikkō World Heritage site are the shrines of Tōshōgū and Futarasan, the temple Rinnōji, Lake Chūzenji, and Kegon Falls. The scenic vistas of the Irohazaka mountain road, hot springs at Nikkō Yumoto and Kinugawa, and amusement parks like Edo Wonderland and Tōbu World Square offer a variety of attractions for visitors of all ages. 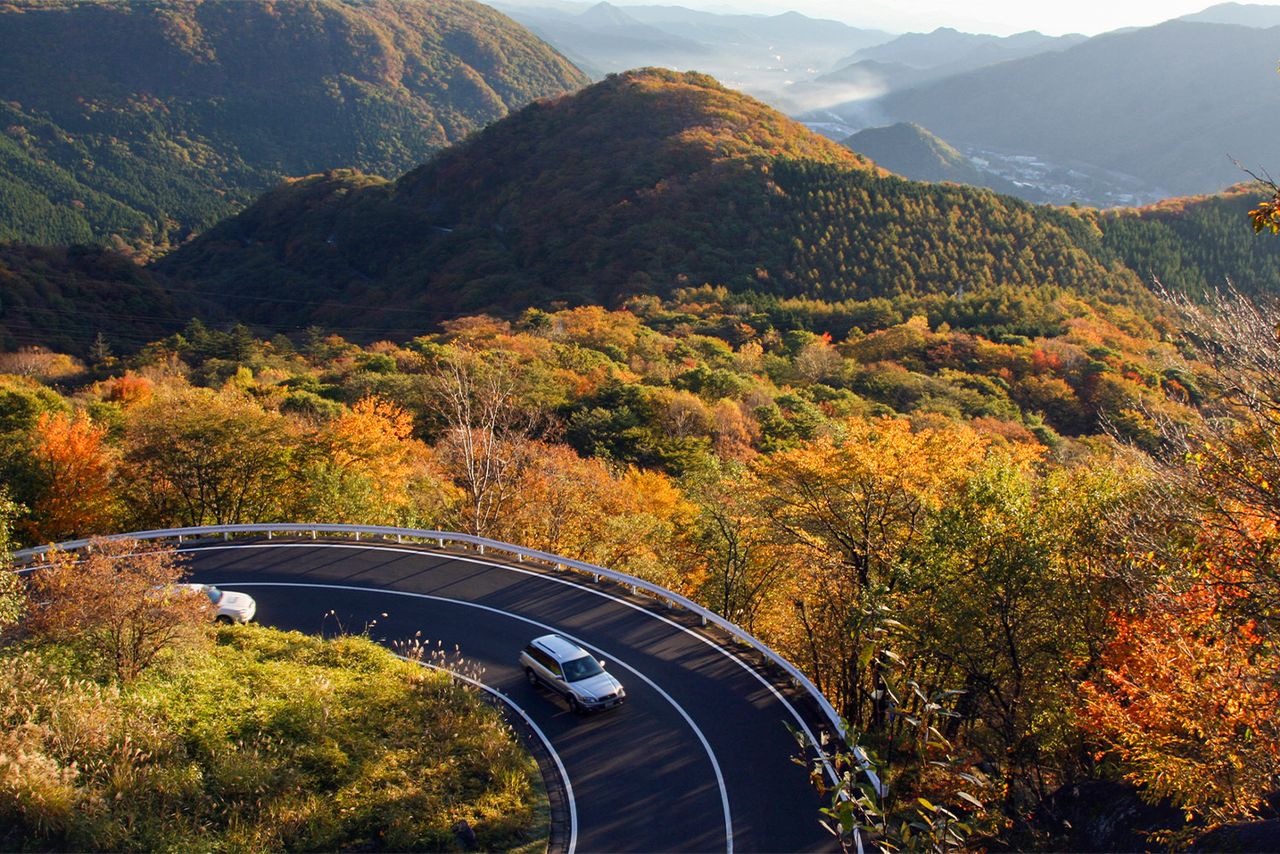 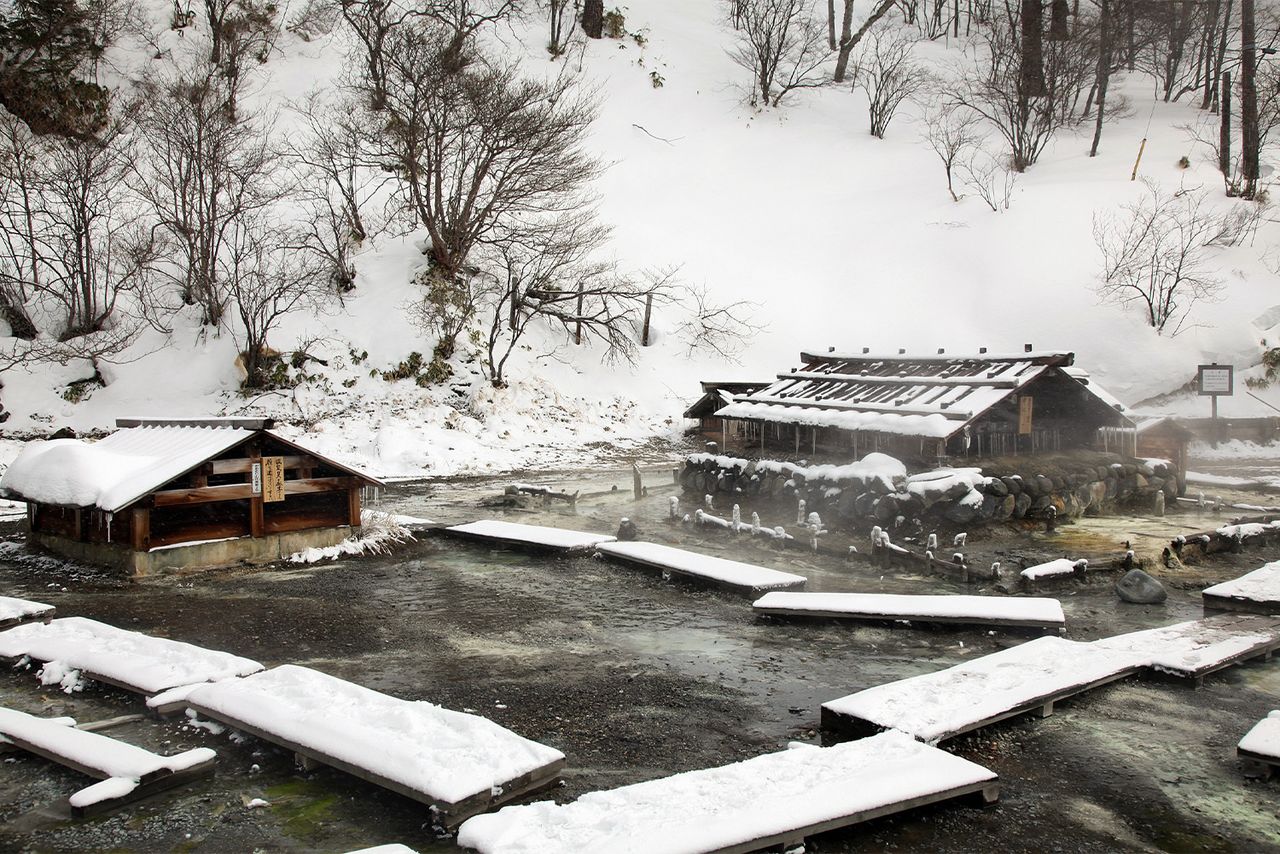 Nasu-Kashi and Shiobara are popular summer resorts that also feature hot springs. Sights include the Nasu Highlands, Shiobara Gorge, and Numappara Marsh. The Nasu Heisei no Mori forest, on a portion of land ceded from the Nasu imperial villa, is the newest addition to the area’s attractions. 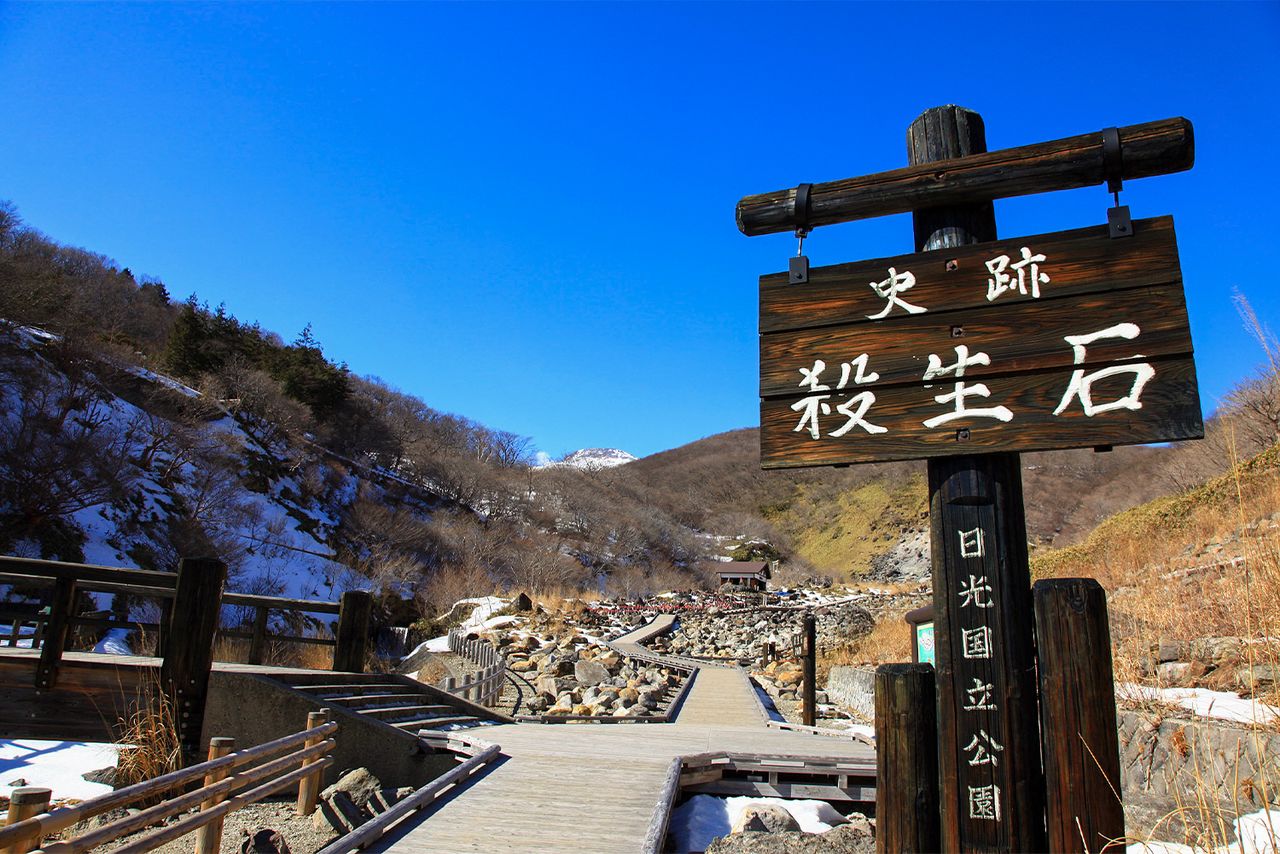 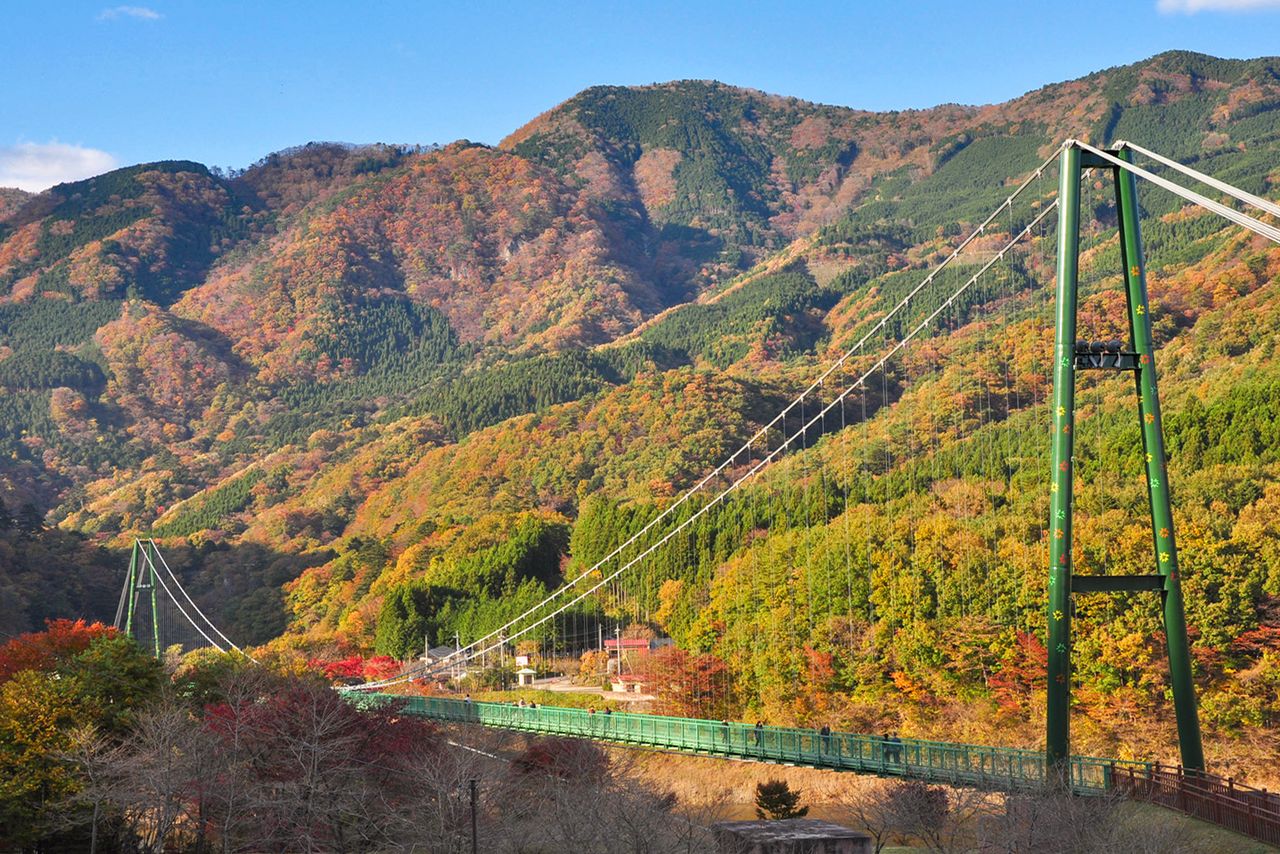 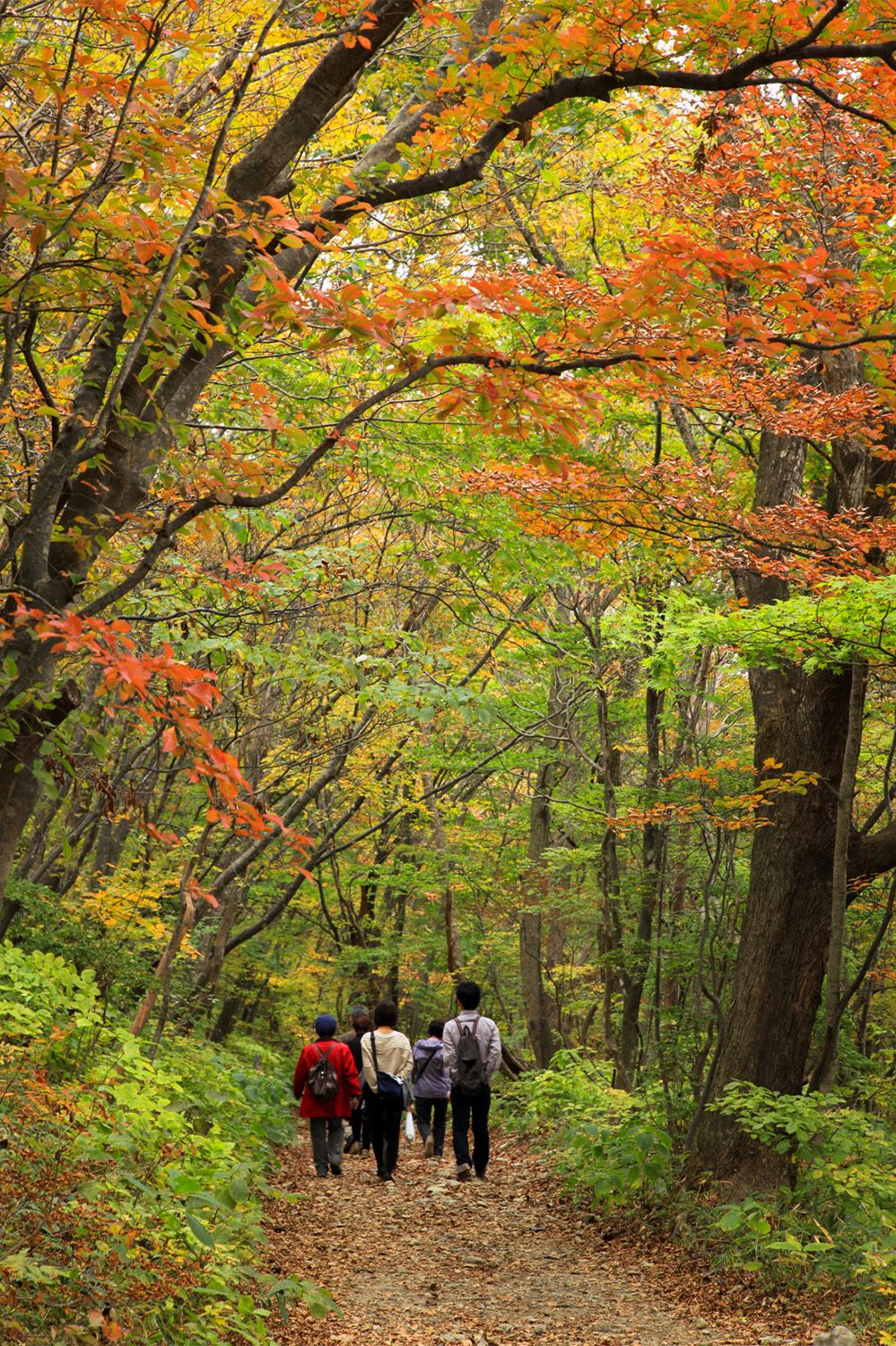 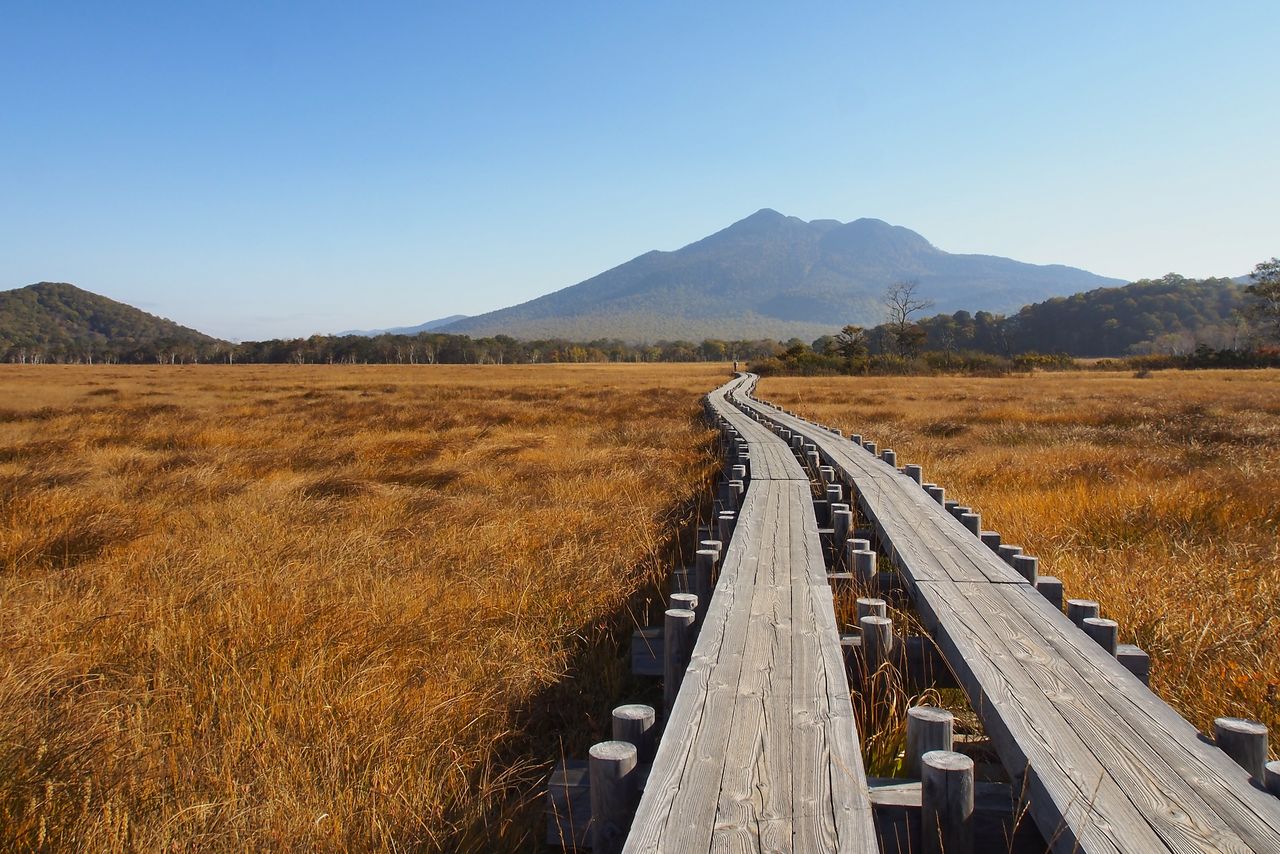 Spread across Gunma, Fukushima, and Niigata Prefectures, Oze is a wetland site registered under the Ramsar Convention, an international pact protecting wetlands and waterfowl habitats, and a nationally designated special natural monument. As part of Nikkō National Park, Oze was designated a national park in 1934 but was detached and combined with the surrounding areas of Mount Aizu-Komagatake, Mount Tashiro, and Mount Taishaku to create the new Oze National Park in 2007.

The Ozegahara Plateau, covering 760 hectares, is one of Japan’s largest mountain wetland areas. Oze Marsh, a dammed lake at an elevation of 1,660 meters, is ringed by southwestern Fukushima’s Mount Hiuchi (2,356 meters), the highest peak in the Tōhoku region, and Mount Shibutsu (2,228 meters), in northeastern Gunma, offering splendid natural vistas. 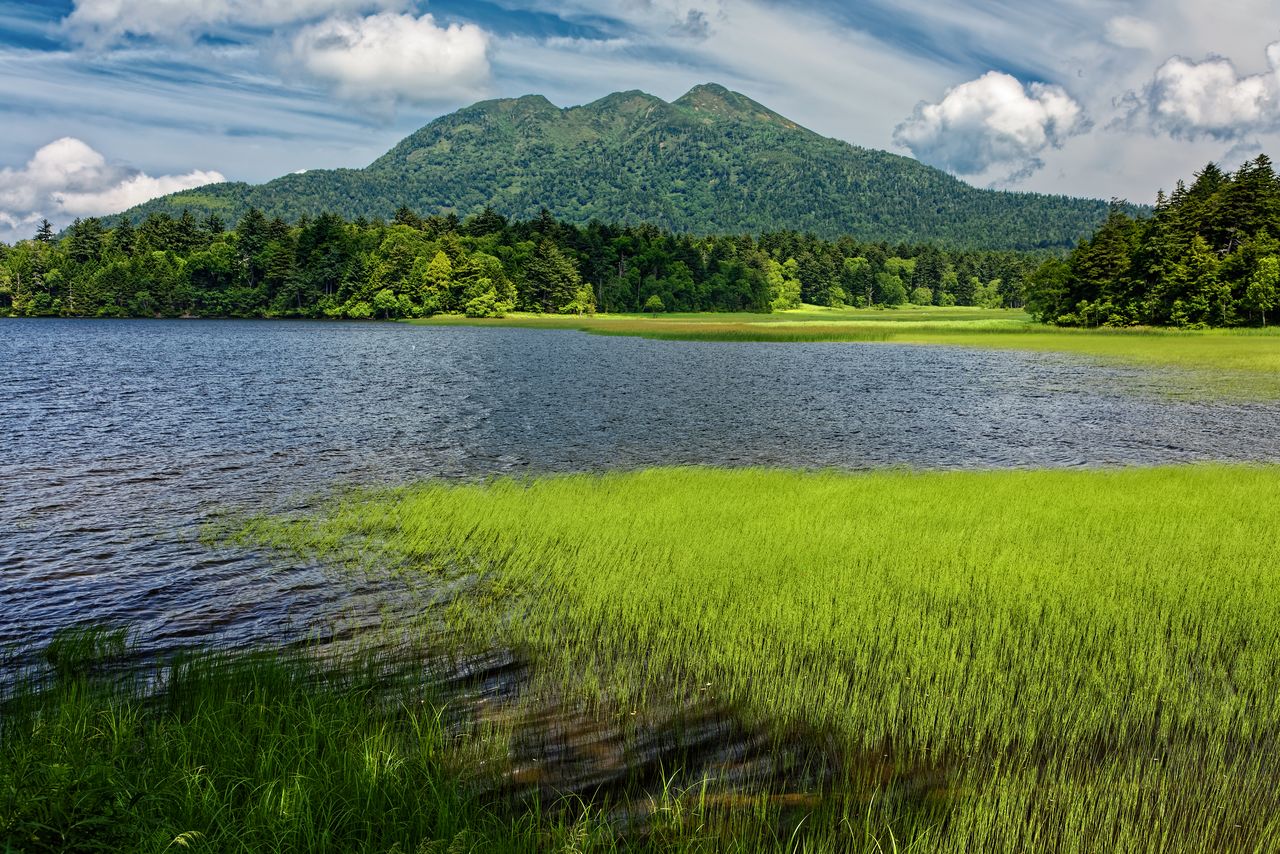 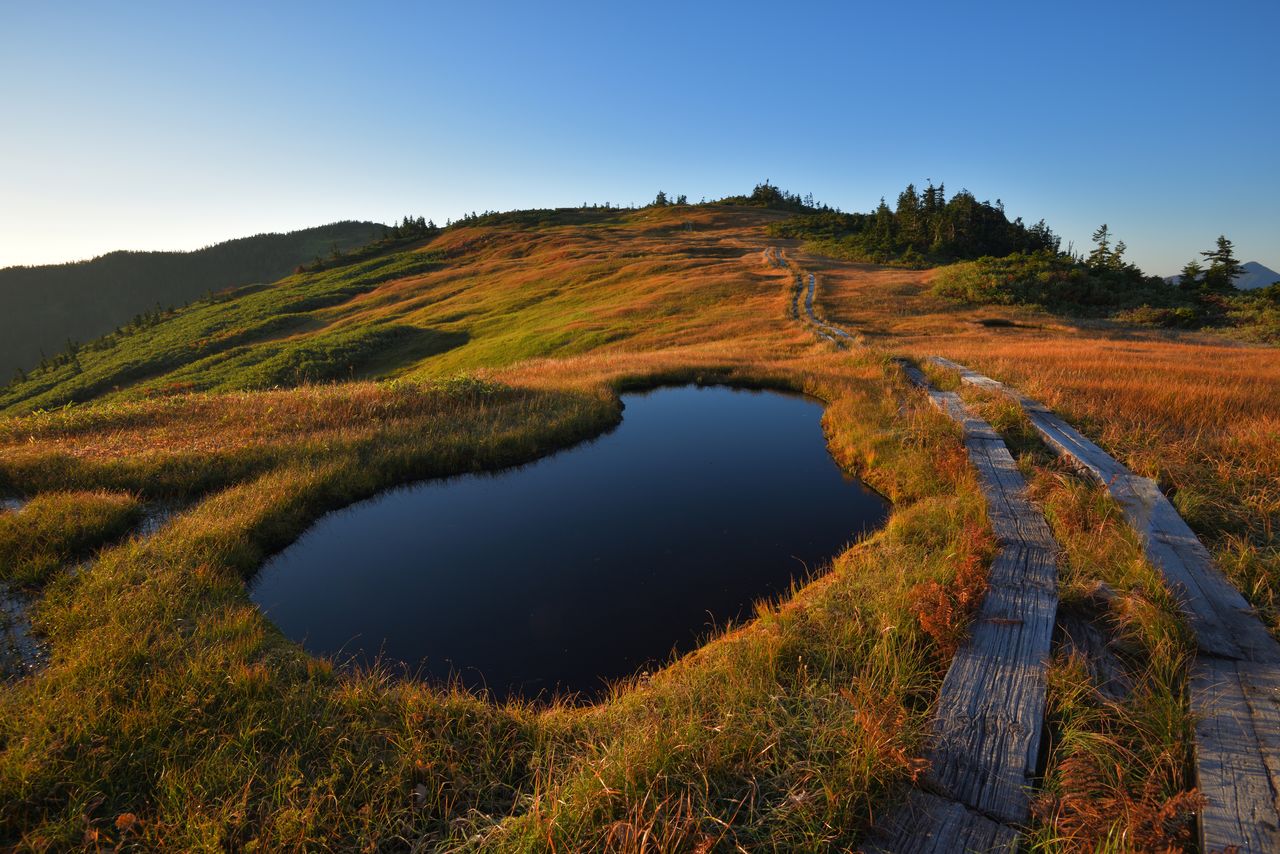 A pond along a ridge between Aizu-Komagatake and Mount Chūmon. (© Pixta) 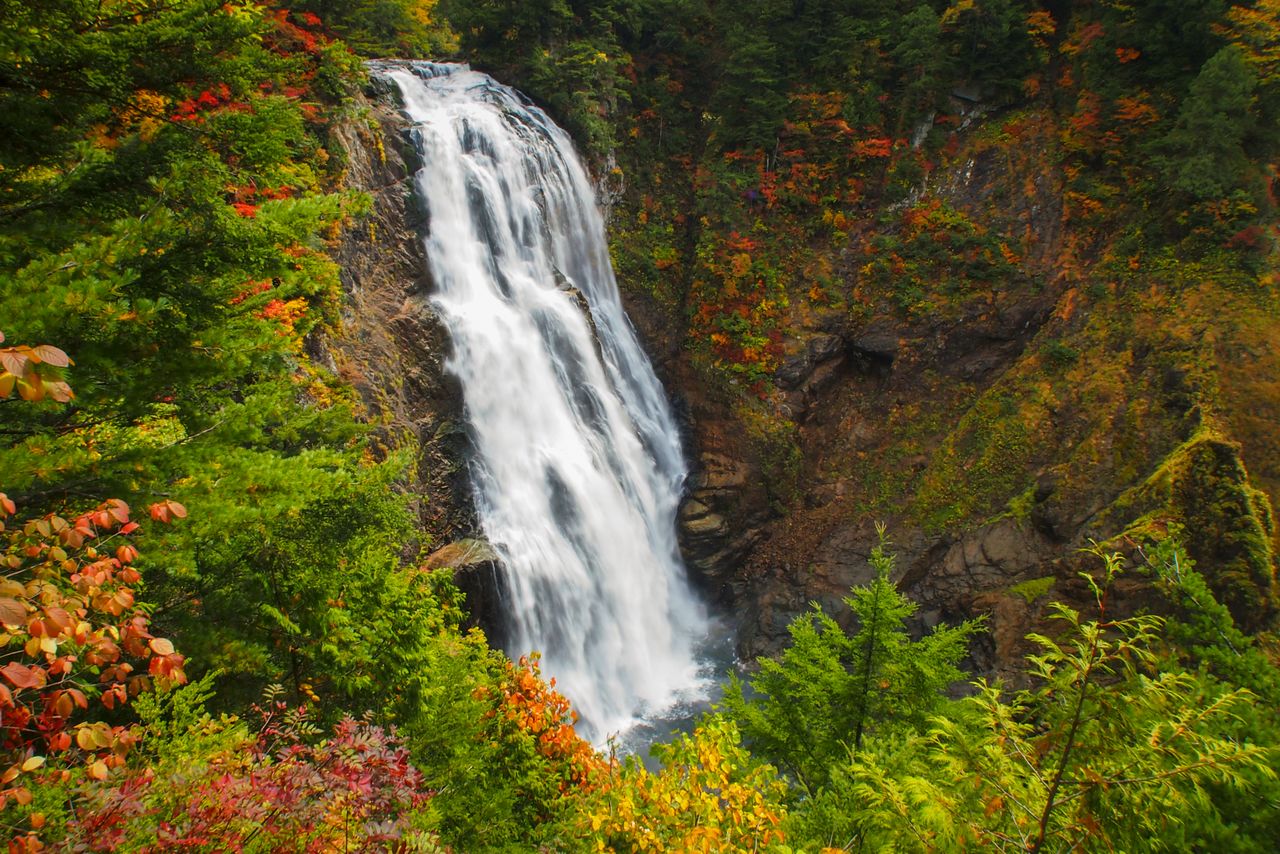 Sanjō Falls, in the upper reaches of the Tadami River, which flows out from Oze. (© Pixta)

Oze is well known for the mizubashō, or Asian skunk cabbage, which grows extensively in the area. The flowers of this broad-leaved plant are at their best from late May to early June. Other distinctive Oze flora include ozesō (Japonolirion osense), Nikko kisuge day lily, leopard lily (Iris domestica), and kinkōka (Narthecium asiaticum). The boardwalks through the wetlands and mountain trails provide a variety of hiking routes. 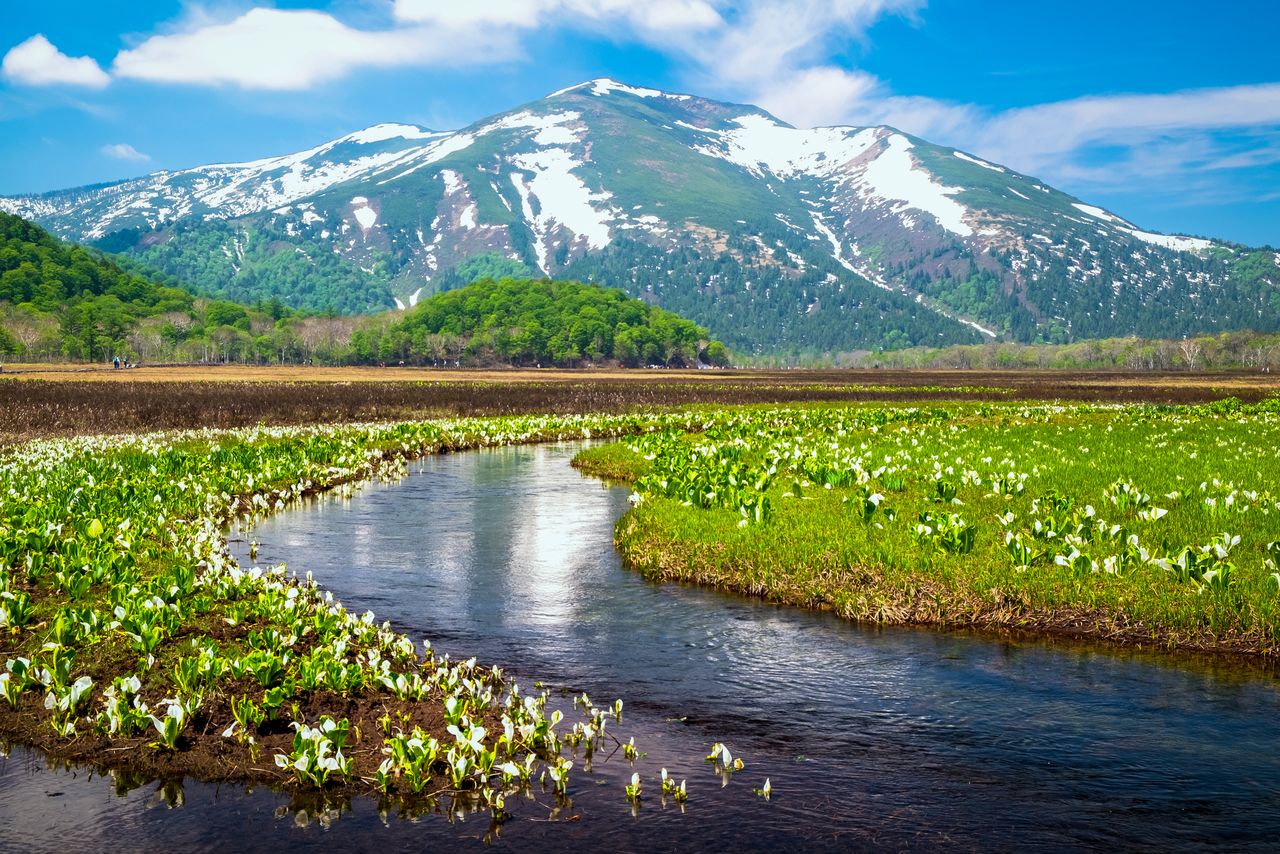 Asian skunk cabbage blooming in spring against the backdrop of Mount Shibutsu. (© Pixta) 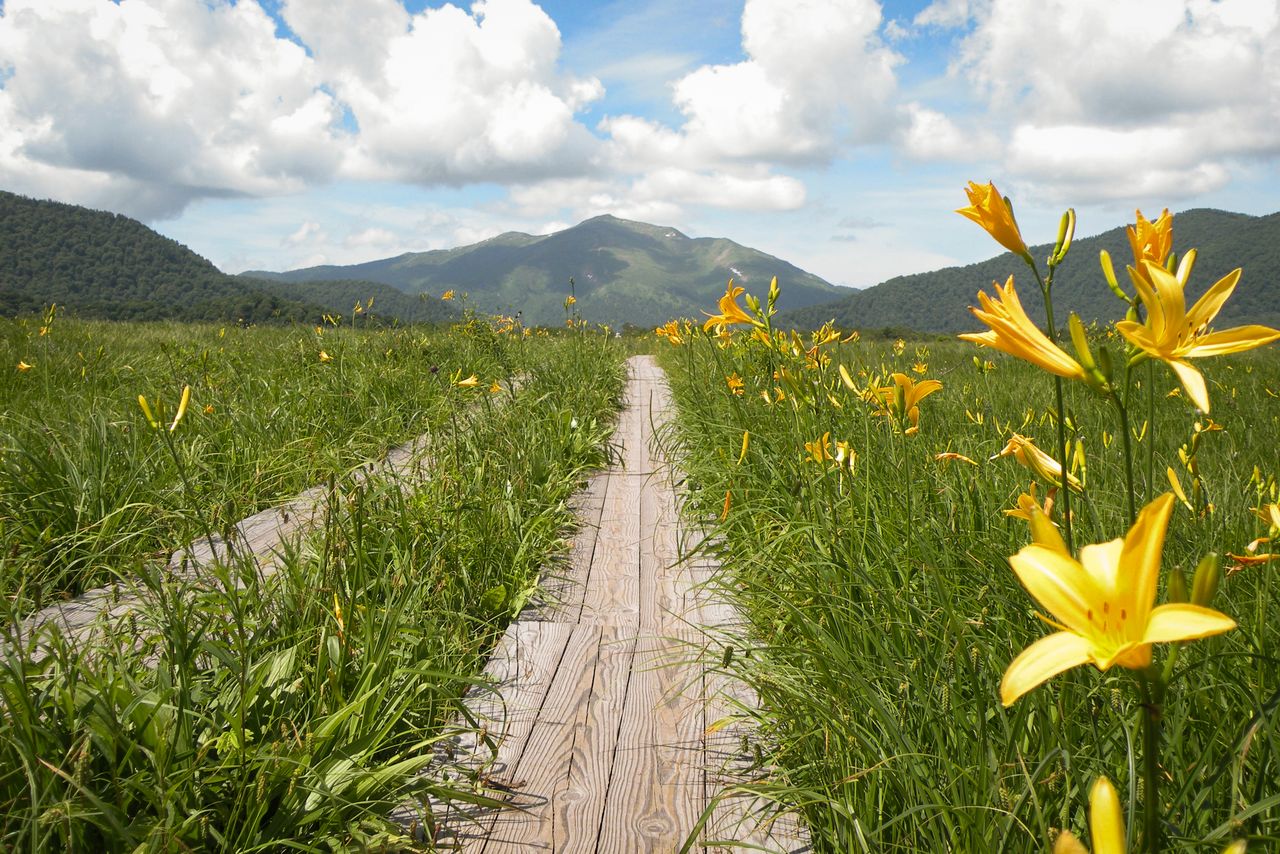 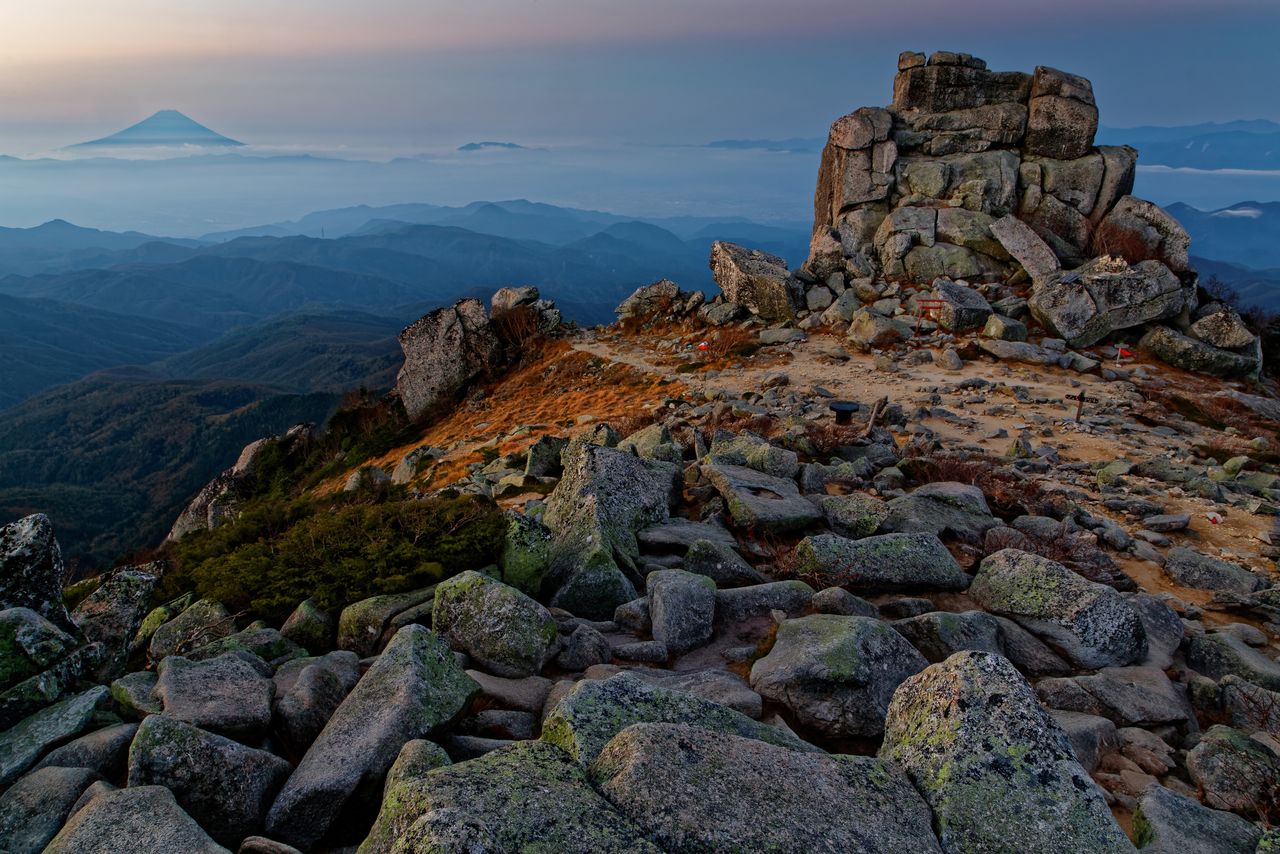 Sunrise, viewed from the summit of Mount Kinpu, with Mount Fuji visible in the distance. The peak is topped by the massive Gojōiwa granite outcropping. (© Pixta)

Chichibu-Tama-Kai National Park, stretching 70 kilometers east to west and 40 kilometers north to south, is the national park closest to the Tokyo metropolis. Initially called Chichibu-Tama National Park, its area was expanded by nearly 40% at the request of Yamanashi Prefecture, and it has been known by its new name since 2000.

The park includes Mount Kinpu (2,599 meters) and Mount Kobushi (2,475 meters) in the Oku-Chichibu massif, Mount Kumotori (at 2,017 meters, the highest point in the Tokyo metropolis), Mount Mizugaki (2,230 meters) and several other peaks over 2,000 meters. None of these mountains are volcanic, so there are few hot springs in the area, but several major rivers such as the Chikuma, the Fuefuki, the Tama, and the Arakawa rise here. Their waters have carved out many gorges, among them Shōsenkyō and Nishizawa, where hiking is a popular activity. In the Oku-Tama region, the Nippara Limestone Cave is a major attraction. 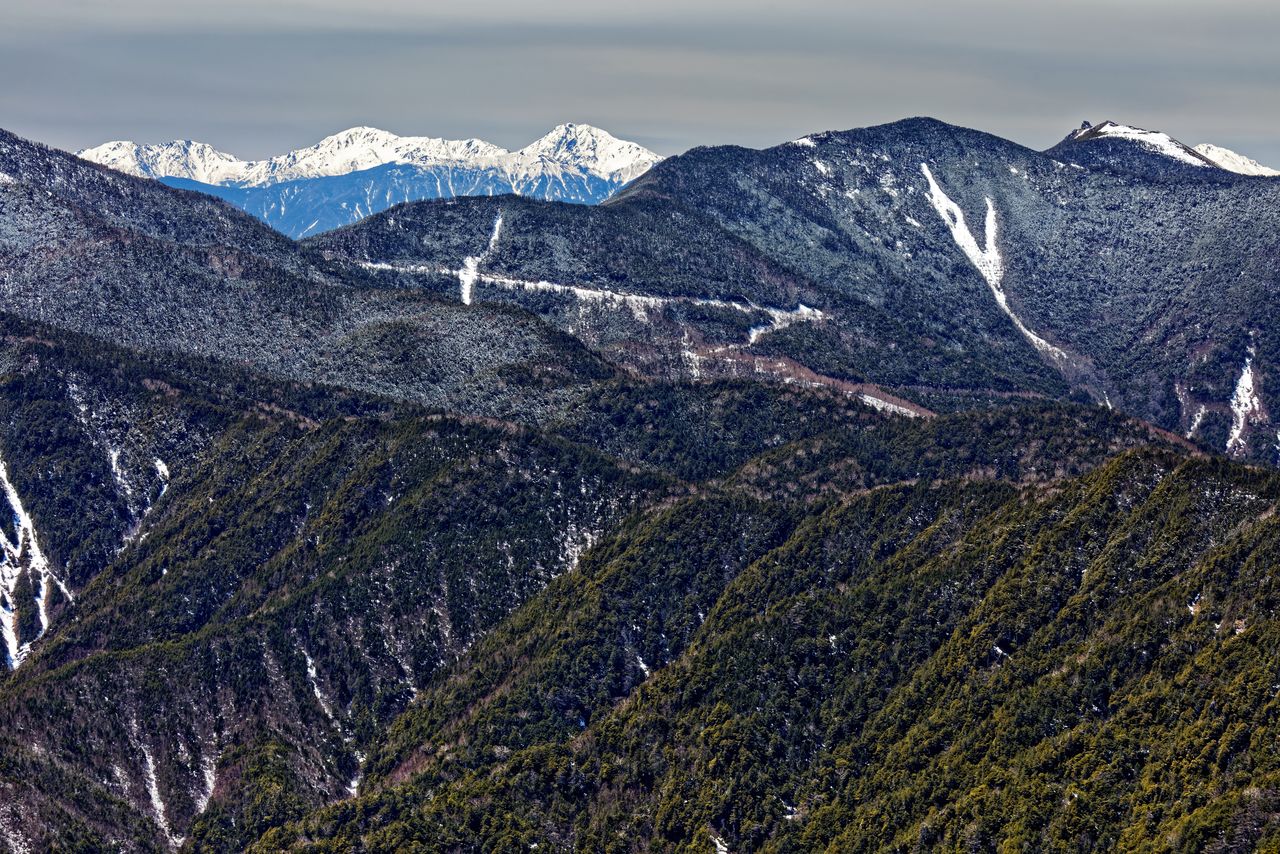 Snow on Mount Kinpu, at right, with the white peaks of the Southern Japan Alps beyond, viewed from Mount Kobushi. (© Pixta) 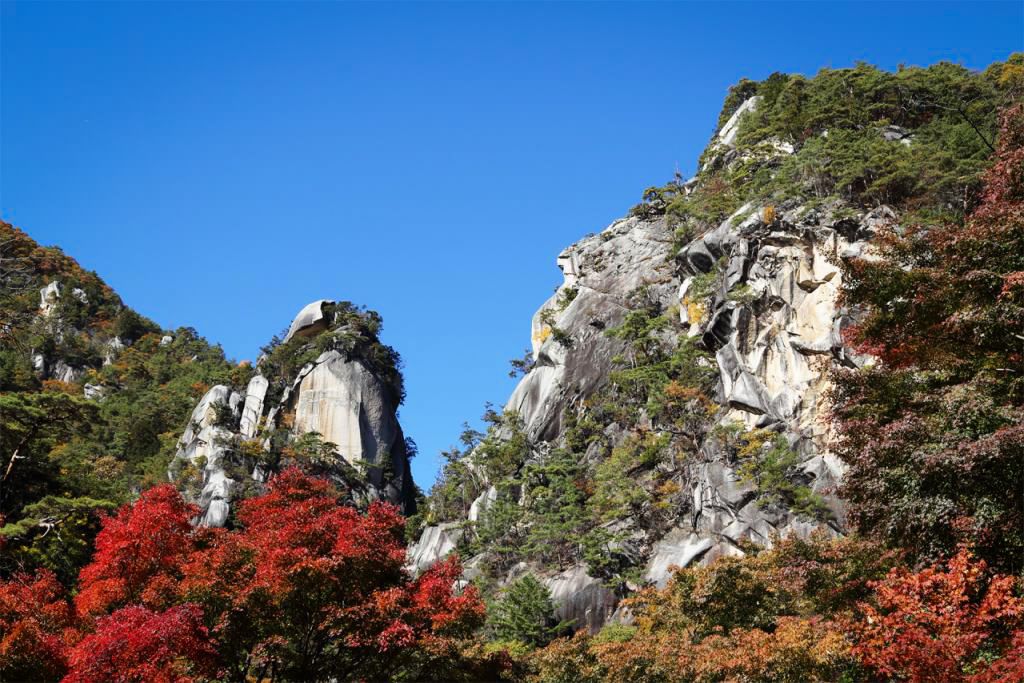 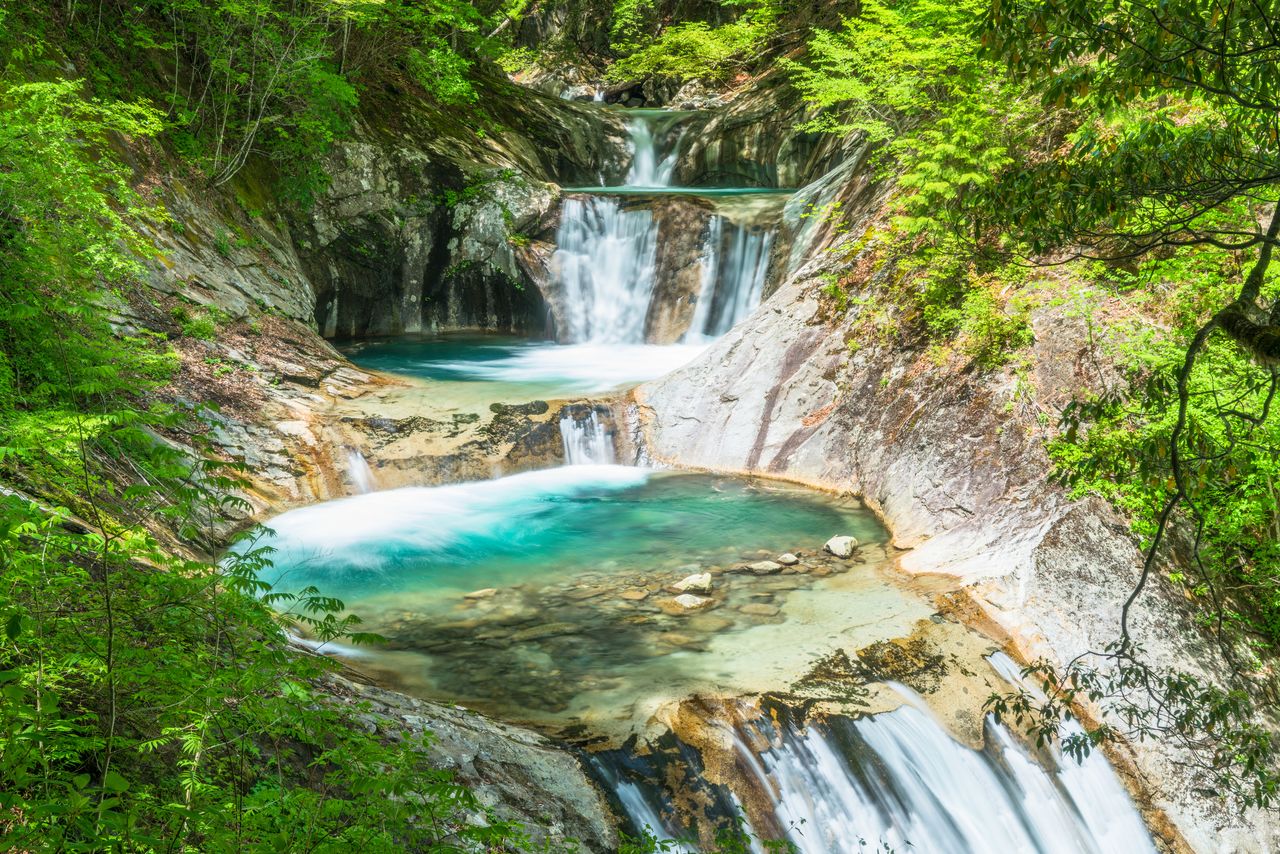 The spectacular Nanatsugama-godan Waterfall in the Nishizawa Gorge. (© Pixta)

Due to its proximity to Tokyo, this park attracts many visitors for mountain climbing, hiking, camping, and swimming or rafting. Tokyo’s Okutama and the three Mitsumine peaks in the Chichibu area of Saitama and far western Tokyo are especially popular day-trip destinations. 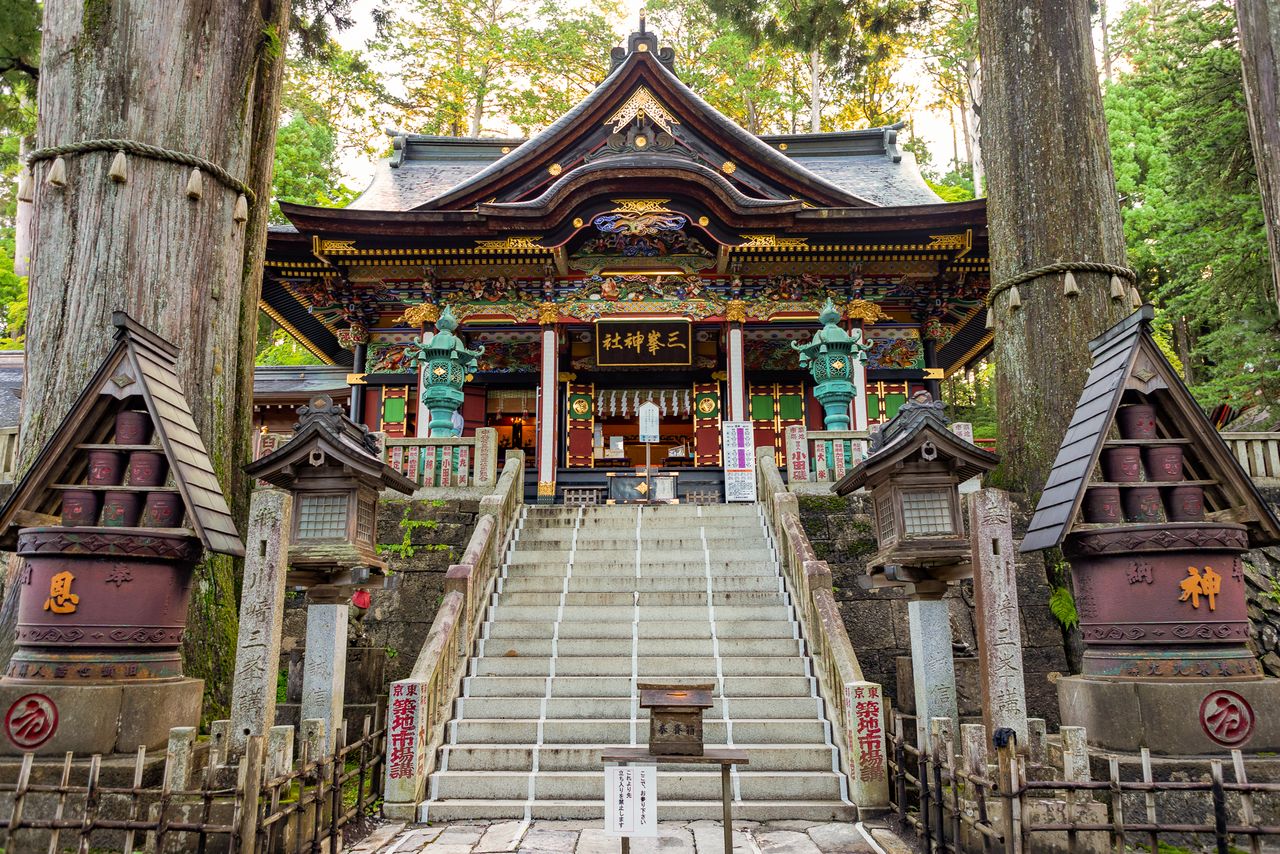 Many visitors enjoy the spiritual atmosphere of the Mitsumine Shrine complex. Shown here is one of its three shrines. (Courtesy Saitama Prefecture Products and Tourism Association) 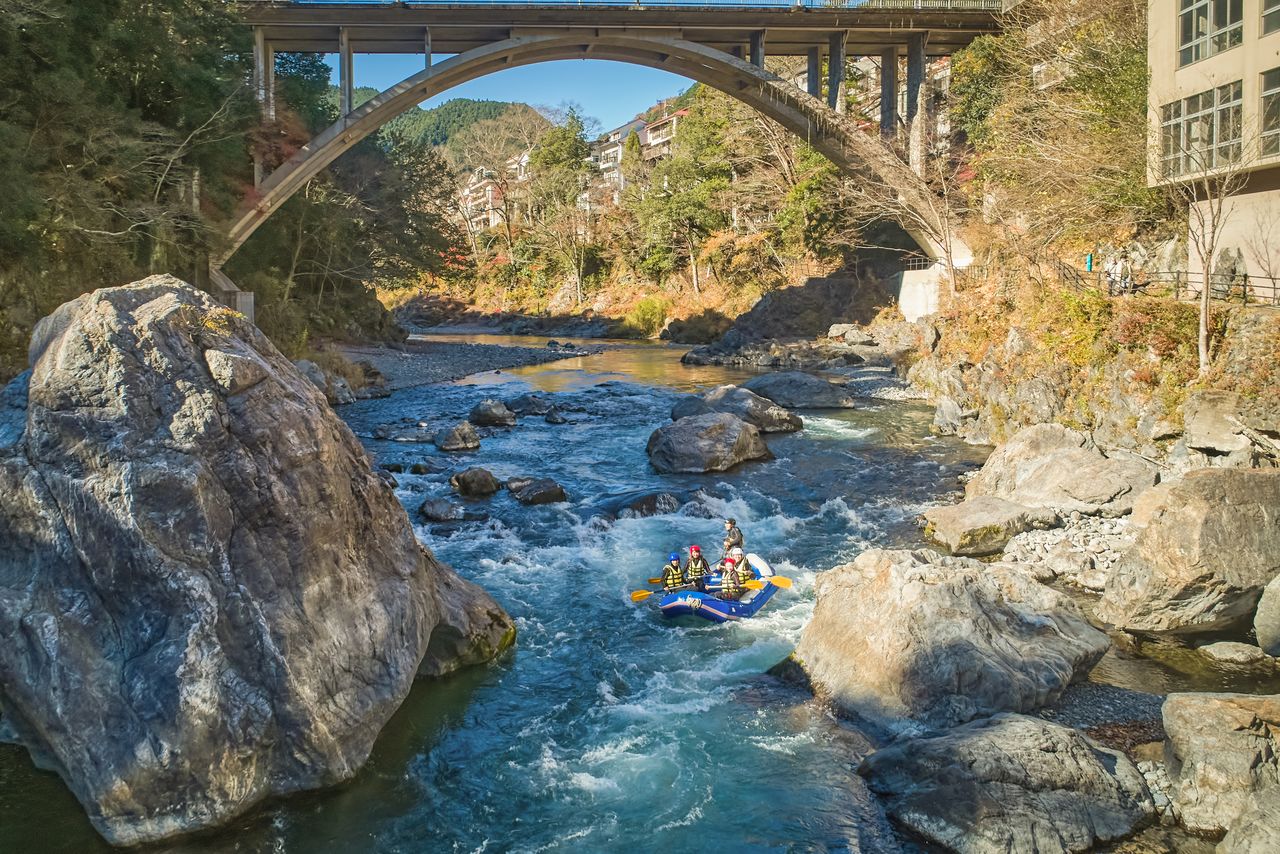