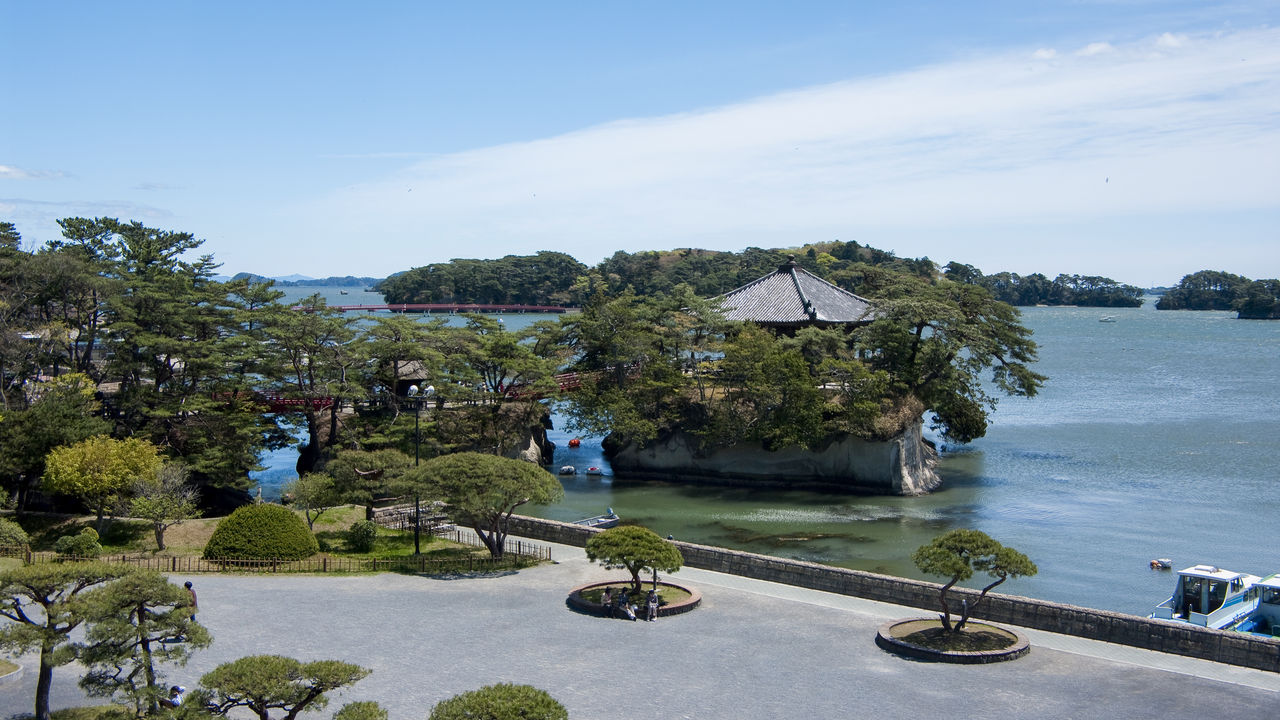 May 4, 2018
Miyagi Prefecture’s Matsushima is best known for the natural beauty of its bay and islands, but it also has splendid examples of Edo-period architecture. Three Buddhist temples are especially worth a visit: Godaidō, a symbol of Matsushima, the renovated main hall of the Date clan temple Zuiganji, and Entsūin, which features beautiful gardens and the chance to make your own prayer beads.

Godaidō: Temple on an Island 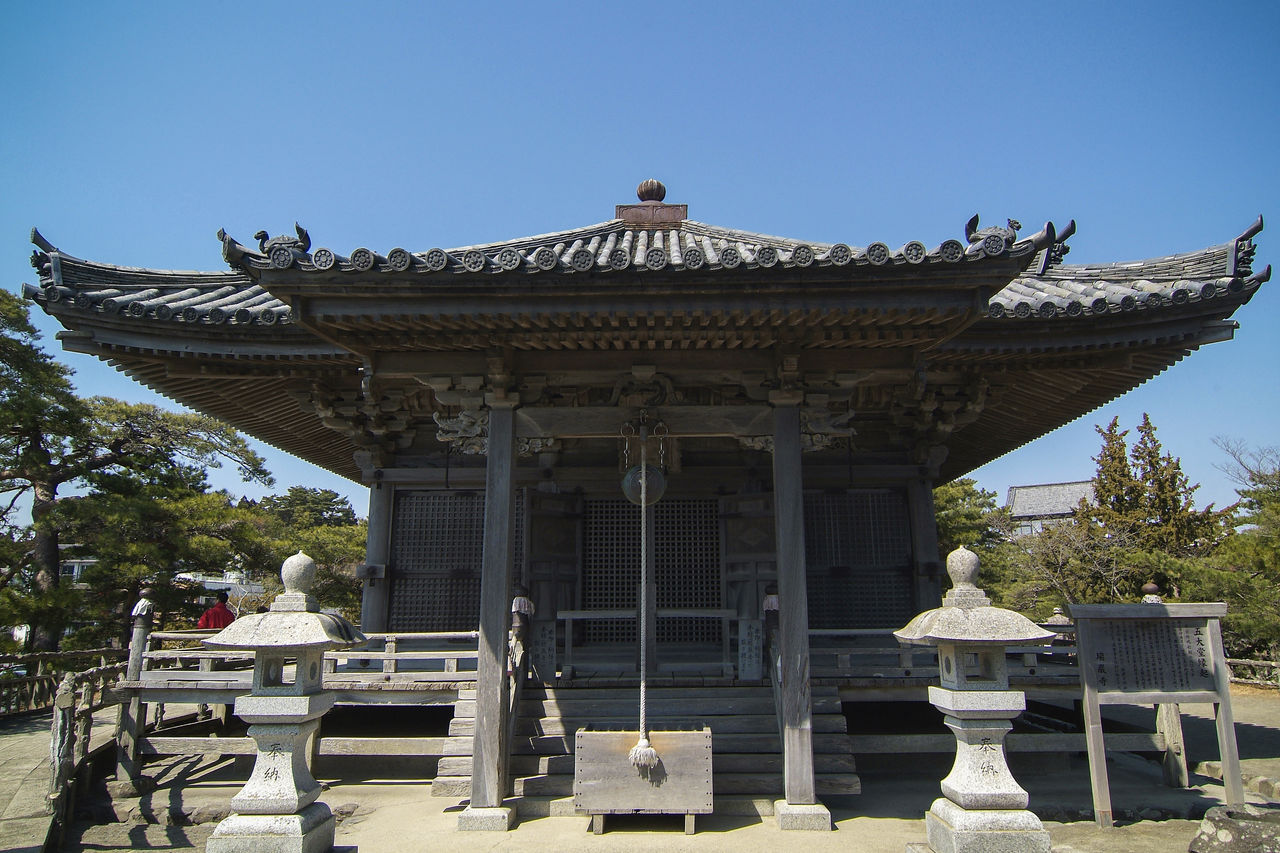 Godaidō is located on a small island reached by a series of bright red bridges. (© Shoe Press)The poet Matsuo Bashō (1644–94) was captivated by Matsushima’s beautiful scenery and refers to it in his famous travel diary of poems, Oku no Hosomichi (trans. Narrow Road to the Interior). A popular symbol of the area since well before his 1689 visit, the temple Godaidō sits on a small offshore island and is accessible only by a series of vermillion bridges. 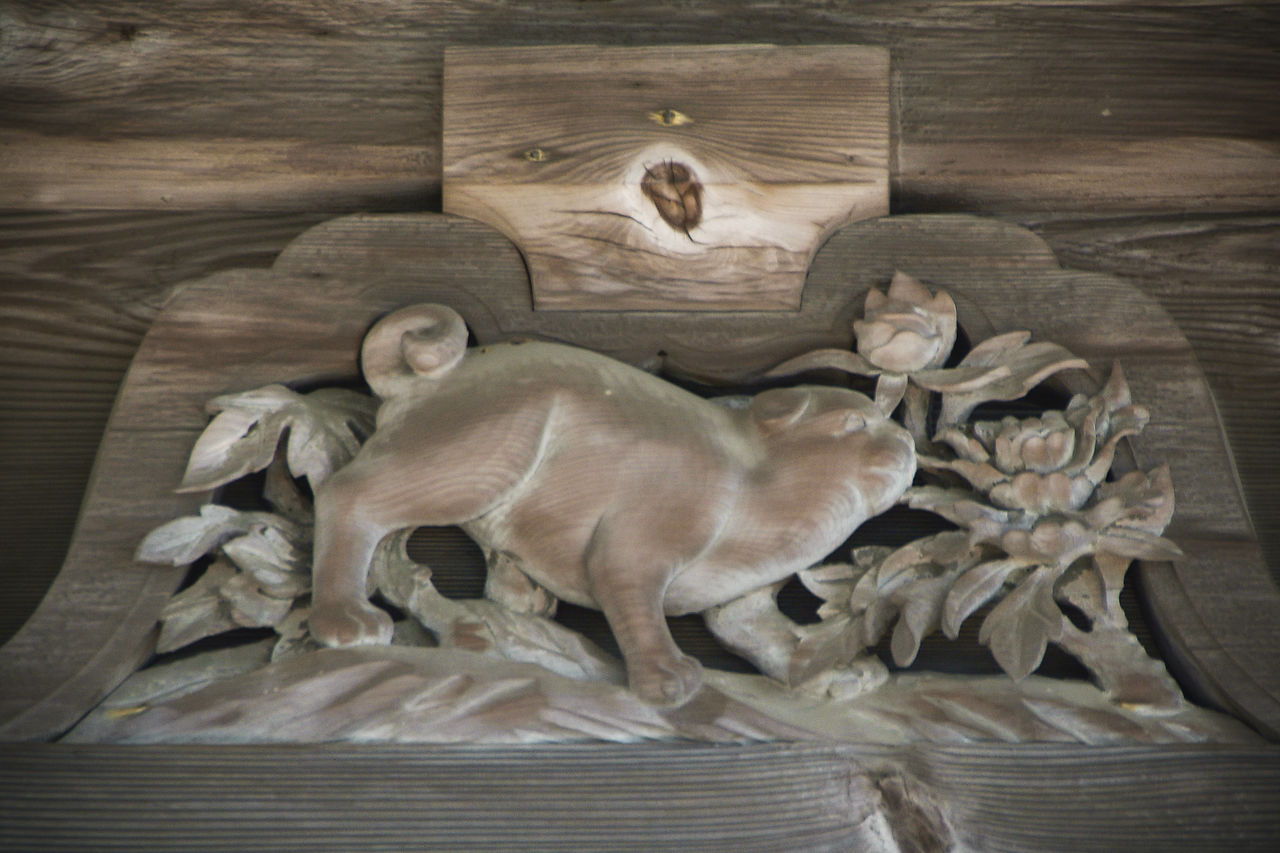 An openwork carving of a dog, one of the twelve signs of the Chinese zodiac, adorns a strut under the eaves of Godaidō. (© Shoe Press)A shrine has stood on this spot since the early ninth century; the current structure was built by Date Masamune, the daimyō of what was then the Sendai domain, in 1604. It is the oldest example of Momoyama period (1568–1603) architecture in the Tōhoku region. The struts under the eaves on each side of the building are carved in intricate openwork with the 12 animals of the Chinese zodiac.

Zuiganji: Temple of the Date Clan and Masterpiece of Craftsmanship 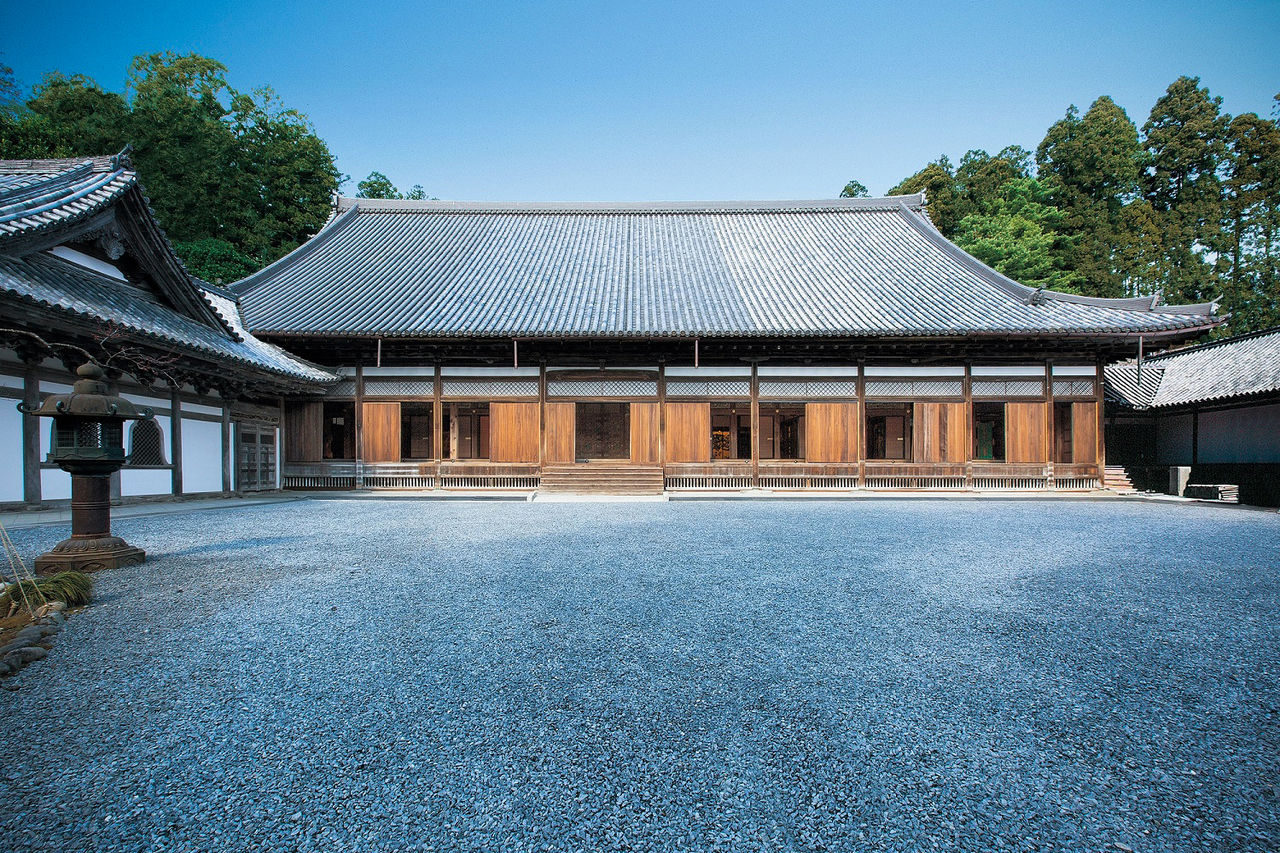 The stately main hall of the temple. (© Zuiganji)The temple Zuiganji was founded in 828 by the priest Jikaku Daishi. After it had fallen into disrepair, it was rebuilt in 1609 by Date Masamune as the Date clan temple. Masamune spared no expense in the reconstruction, bringing in 130 master craftsmen along with building materials of the highest quality. It took five years to rebuild the temple. The main hall and kuri, the temple kitchen, have been designated national treasures. 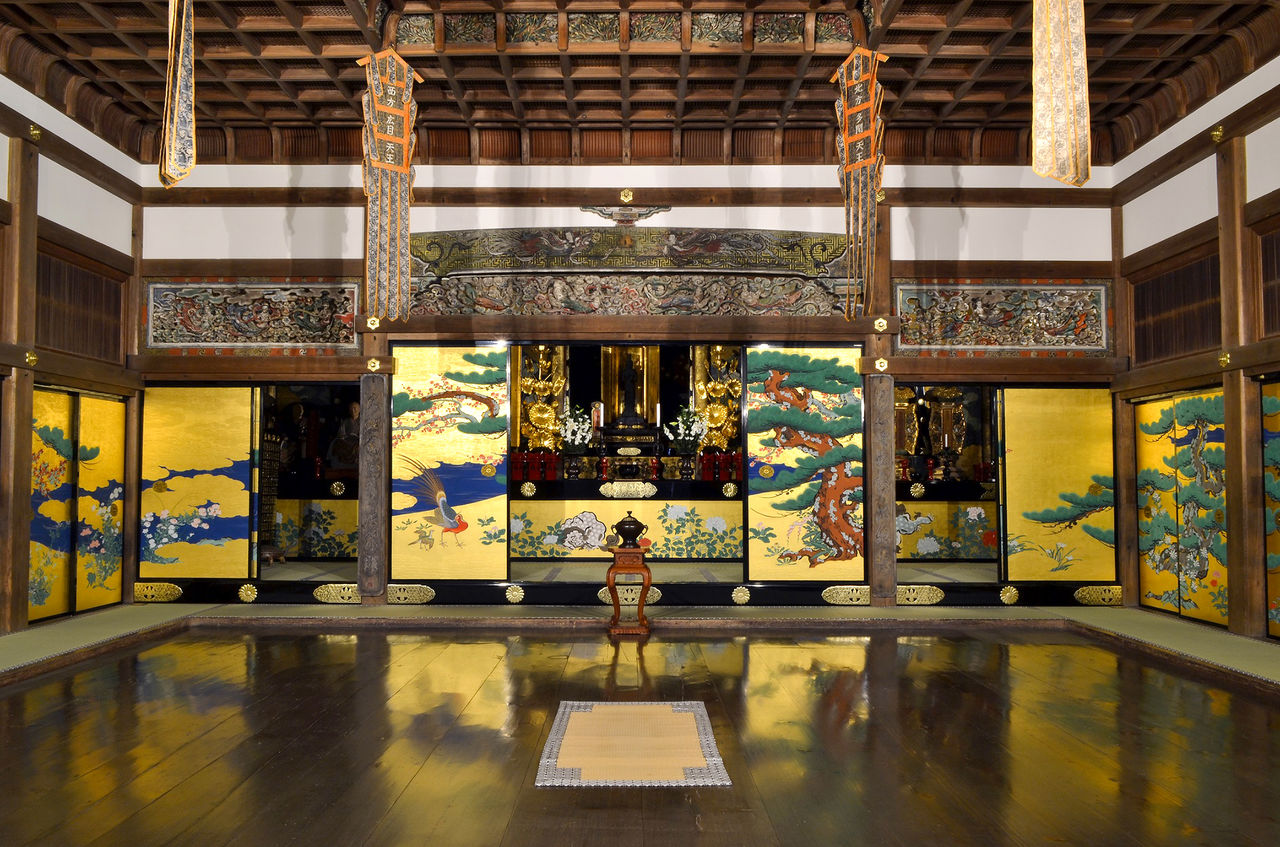 The sliding doors of the Peacock Room are adorned with elegant paintings of the birds. (© Zuiganji)The main hall is full of artwork reflecting Masamune’s highly refined aesthetic tastes. The structure recently underwent a major six-year renovation, completed in 2016. The sliding doors and decorative alcoves of its 10 rooms are covered in gold leaf and embellished with paintings of pine trees, peacocks, red and white camellias, and floating celestial beings.

The Serene Rock Garden of Entsūin 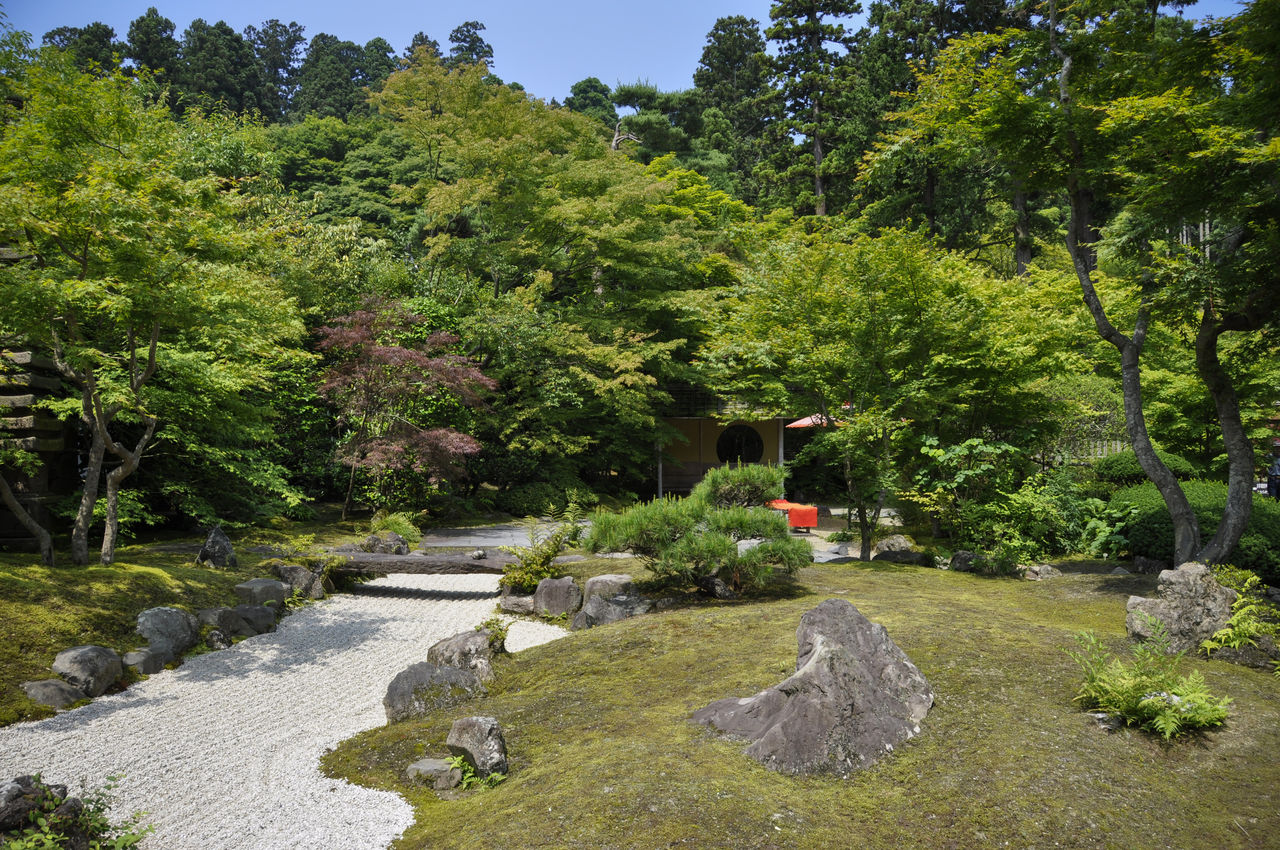 One of the temple’s four gardens, the karesansui garden symbolizes heaven and earth. (© Shoe Press) 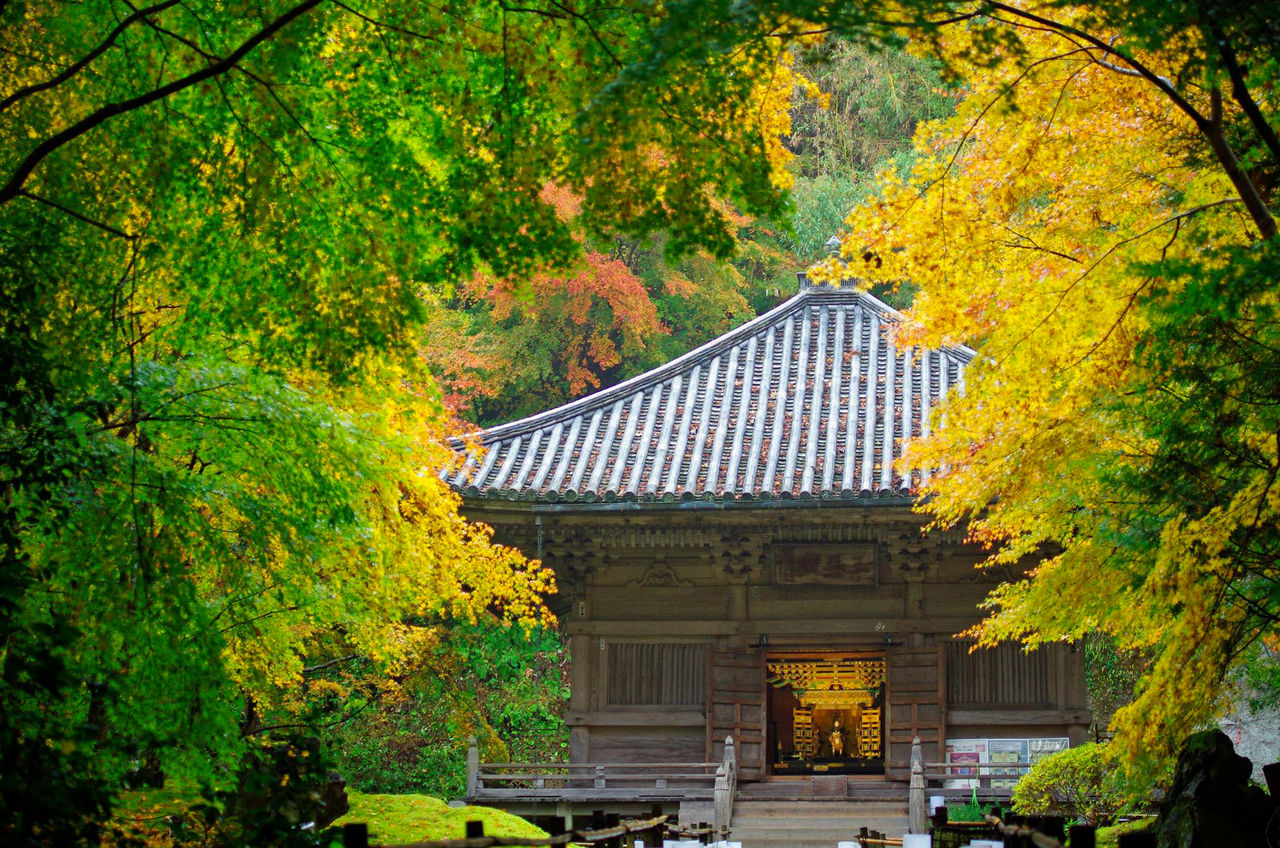 The Sankeiden is situated in the woods behind the main hall. (© Entsūin)The Sankeiden is the mausoleum of Date Masamune’s grandson Mitsumune, who died at the young age of 19. Inside is a miniature shrine with folding doors decorated with roses and clovers, a testimony to the Date clan’s fascination with things Western. Entsūin’s four gardens include a karesansui, or “dry landscape,” rock garden designed to reflect the famous Matsushima scenery and a highly unusual Western baroque-style rose garden. In the autumn, visitors flock to see the fall foliage illuminated after dusk. 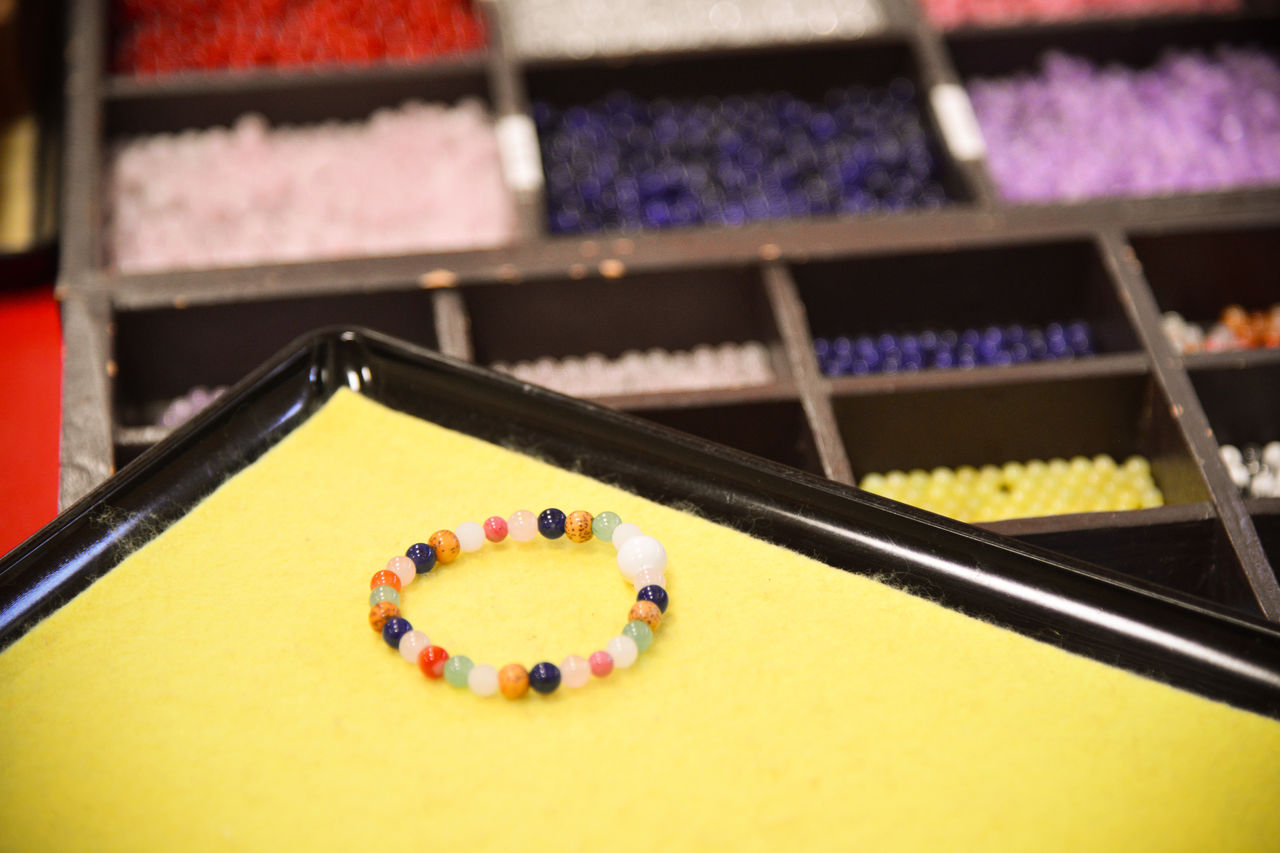 Visitors can make their own prayer beads, at prices starting from ¥1,000. (© Shoe Press)Entsūin is imbued with the somber, serene atmosphere of a Zen temple. While savoring this atmosphere, visitors can make their own prayer beads—worn as a bracelet and used at funerals and other religious ceremonies in Japan—in the main hall, using small polished stones or glass and plastic beads. Pick and choose from the many colors and textures offered to create your own special string as a souvenir. Explanations are provided of the special properties and significance of the different polished stones.