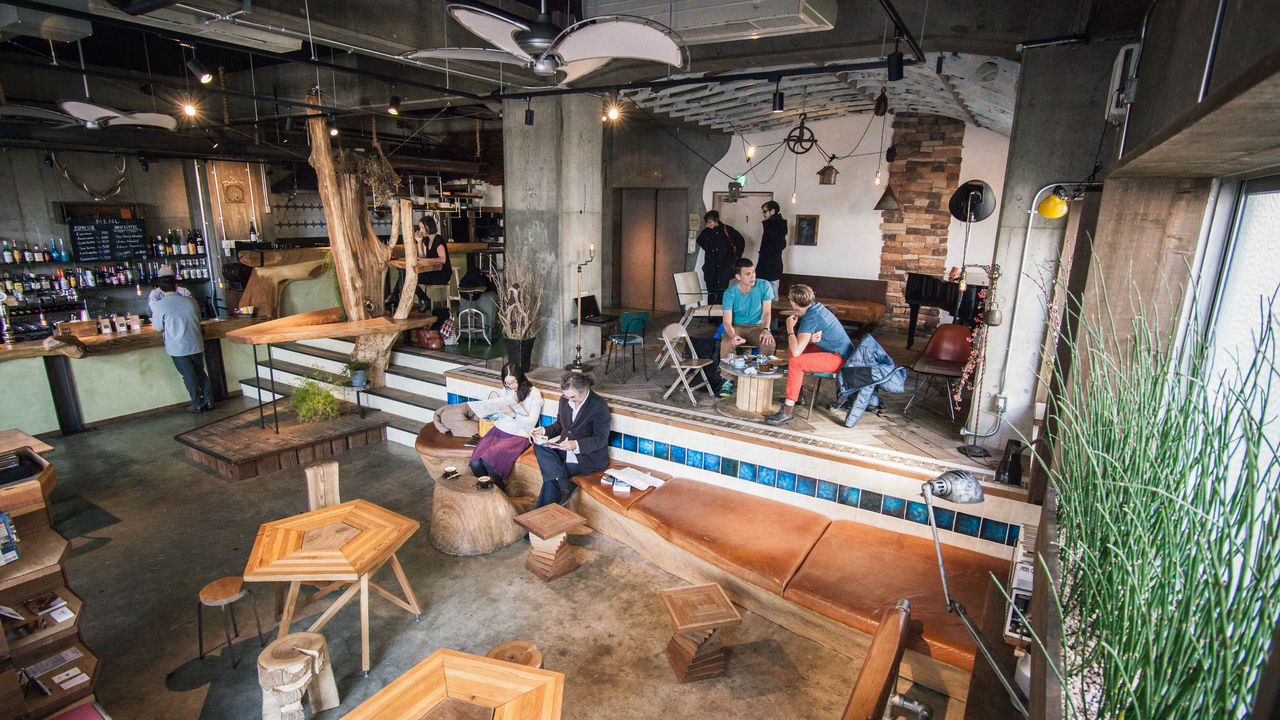 Jun 15, 2018
When four former backpackers got together and built on their experiences to start a business, the result was Backpackers’ Japan. The company now runs four guest houses whose unique charm makes them popular with foreign tourists and as lounges for locals. We sat down for an interview with Backpackers’ Japan’s CEO Honma Takahiro to learn more.

An old home built almost a century ago, a toy store’s warehouse, a lighting company’s combination storefront and warehouse, and an old office building. All of these quirky, charming structures feature good accessibility and unique character despite their age, and have been reborn as hostels.

The company bringing about this rebirth is Backpackers’ Japan, a venture launched in 2010 by four twenty-somethings.

With four hostels located in Iriya, Kuramae, and Higashi-Nihonbashi in Tokyo and Kawaramachi in Kyoto, the company has worked to create a loungelike atmosphere in its guest houses, “crossing boundaries to create spaces where people can gather,” as the firm’s motto says. With their warm, inviting atmosphere, and bright, cheery staff members, these hostels’ lounges always have a vibrant social atmosphere. But Backpackers’ Japan is also turning its relationships with the surrounding communities into an advantage. 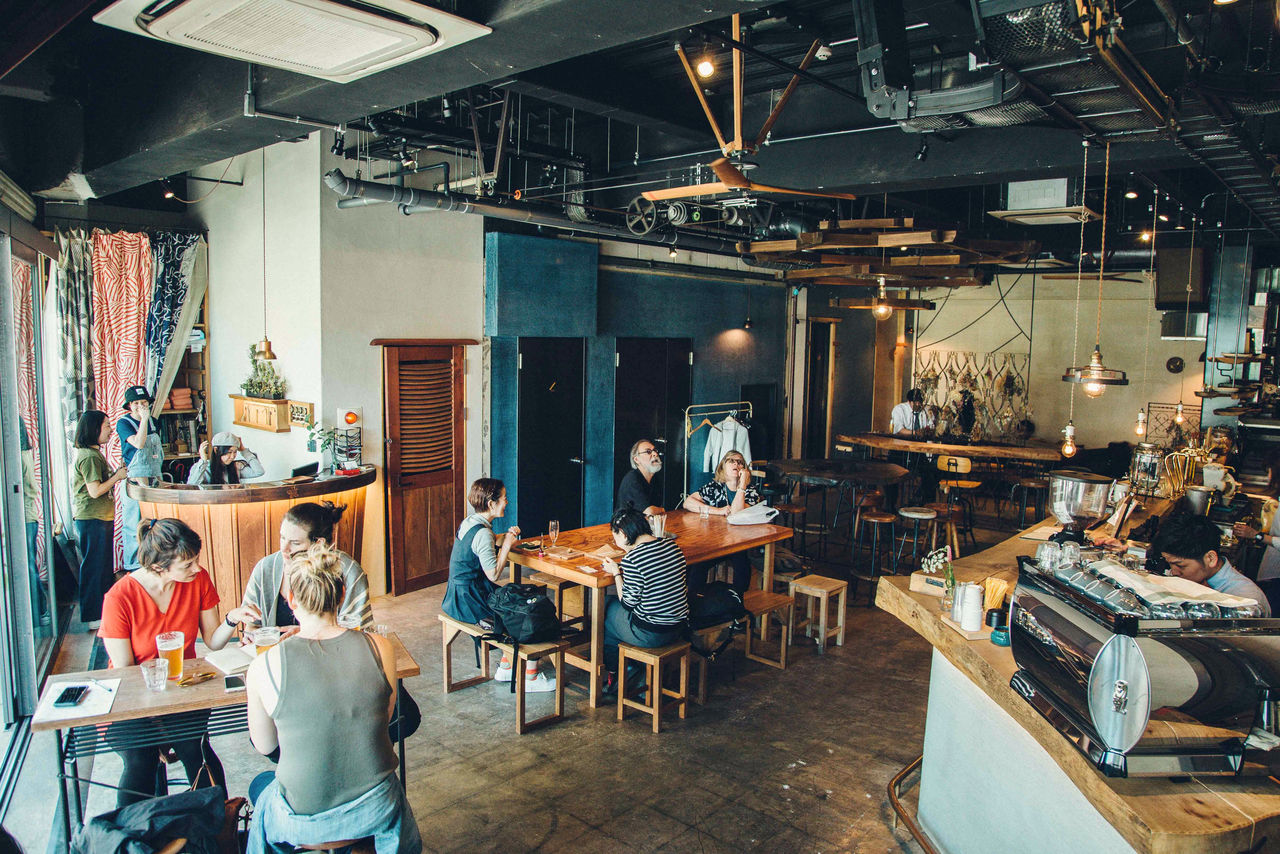 The lounge at Len, located in Kawaramachi, Kyoto.

This doesn’t mean that these are environments forcing people to interact with others. Guests who want to be by themselves can hole up in their rooms, and those that want to socialize can come down to the lounge. The company philosophy respects the freedom of each person staying at its hostels while also creating a space for talking with others and making new connections. The man responsible for creating this kind of space, CEO Honma Takahiro of Backpackers’ Japan, said the idea came to him based on his own experiences while backpacking.

“When I was twenty, I went backpacking across Australia. That was the first time I’d ever stayed at a hostel before, but they were really a lot of fun. There were Europeans, Americans, Asians, Australians from the area—it was all these people coming together regardless of nationality, everyone a beer in one hand, just having a good time. It was really an excellent experience.” 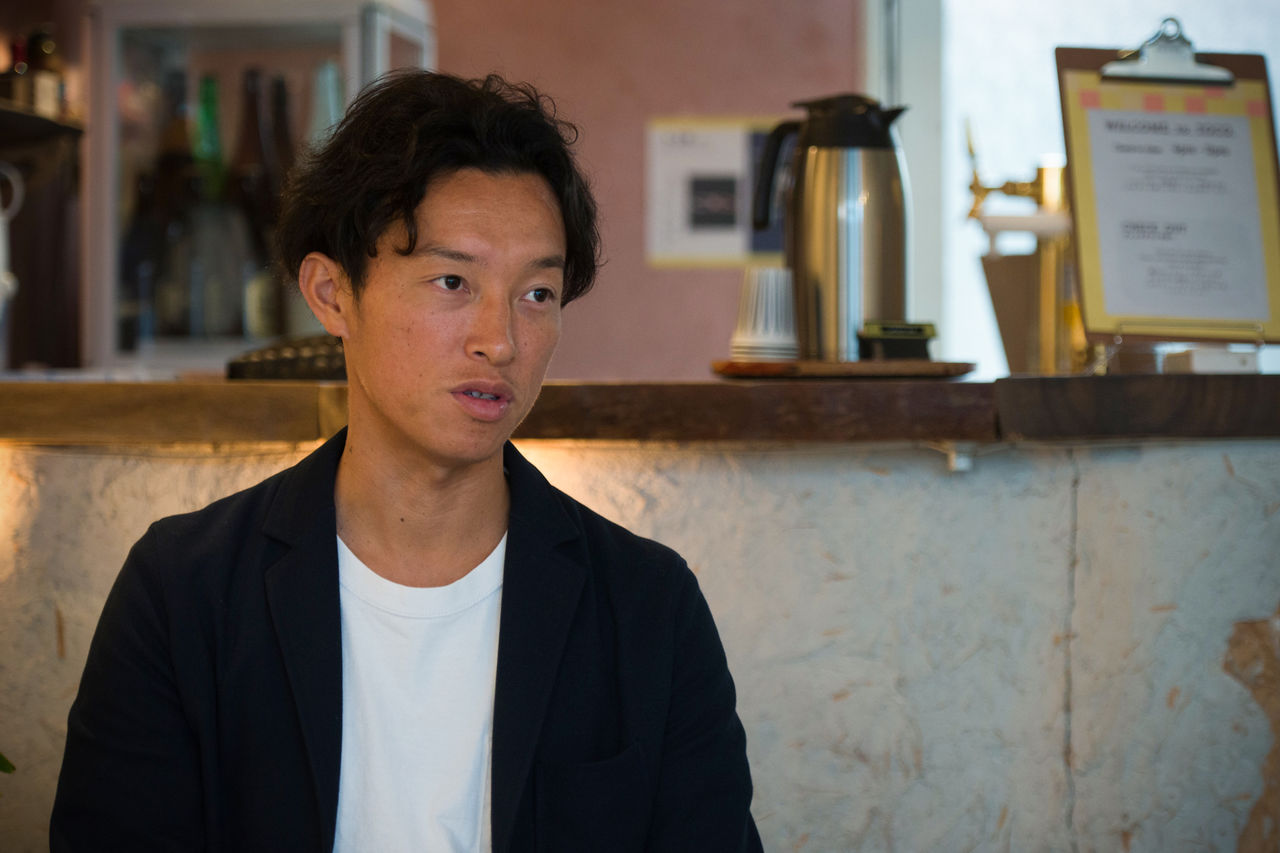 Honma Takahiro, the former backpacker whose experience trekking through Australia led him to starting a hostel business of his own. (© Kodera Kei)

In addition to the simple pleasures of spontaneous interaction, Honma said that while in Australia, he would play music on the streets with people he met during his travels. He was amazed at how one could make money all on one’s own. After his year-long trip ended and he returned home, he had lost all desire to fulfil his initial goal of graduating from university and becoming a high school teacher. He now wanted to start a business that had something to do with travel. 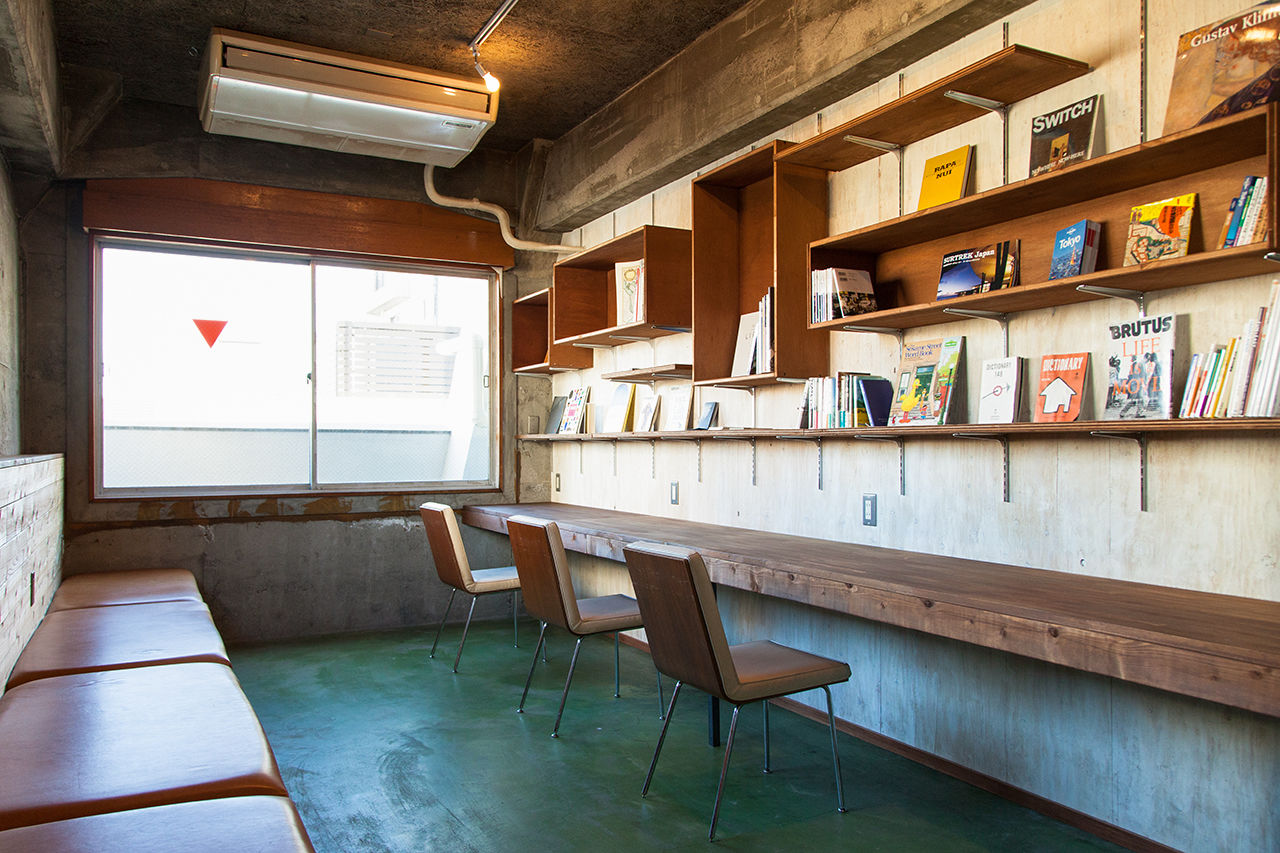 The common room at Nui in Kuramae lets guests read or use the Internet. 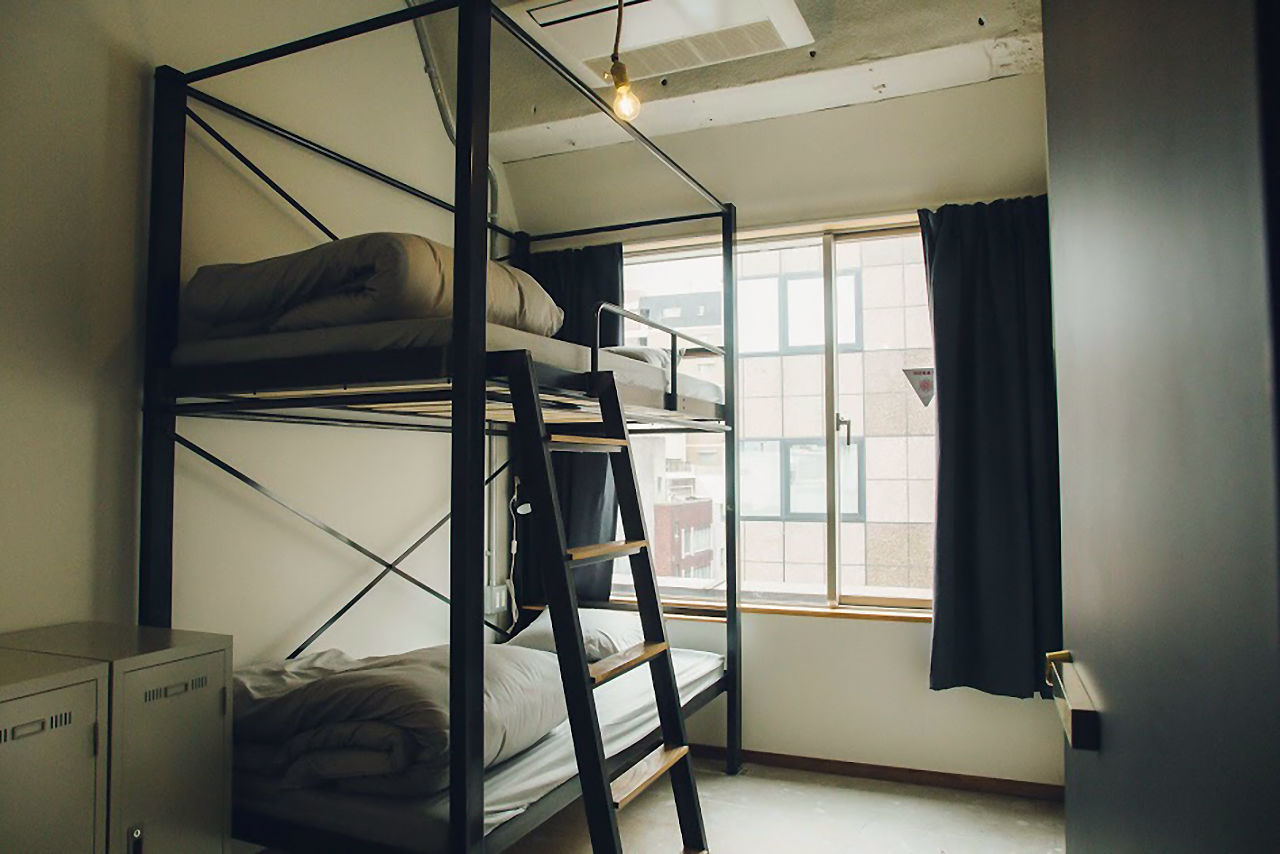 A simple, relaxing twin room at Citan in Higashi-Nihonbashi.

Backpackers’ Japan opened its doors in October of 2010 with its first hostel, Guest House Toco, a renovated Japanese-style house built 90 years ago in Iriya, Tokyo. They continued with Nui Hostel and Bar Lounge in Tokyo’s Kuramae in 2012, then Len in Kyoto in 2015, and most recently Citan in Tokyo’s Higashi-Nihonbashi in 2017. 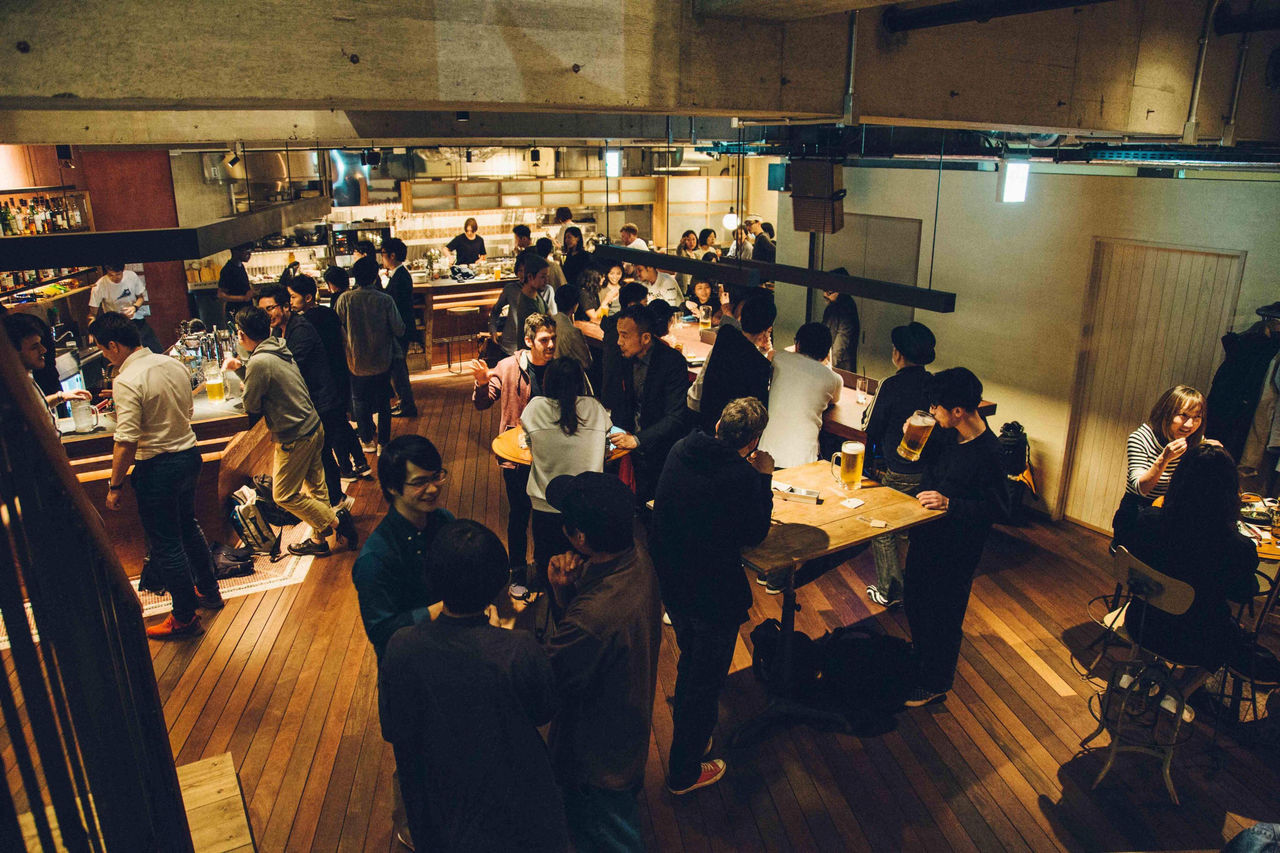 Citan is a seven story building with an underground lounge. From Thursday through Saturday, DJs play music for guests to enjoy, and there are plenty of live music events as well.

Each of the hotels has a differing atmosphere, thanks in part to the builders and carpenters who helped renovate each of them. These artisans were hired via a service that matches freelancers with project operators. Backpackers’ Japan came up with the general layout for each hostel, then went about hiring all sorts of artisans—from carpenters who work on treehouses to metal workers, leather workers, and all sorts of other craftspeople. Once Honma and his colleagues decided on a design, they were not simply content to just sit back and throw money at a single contractor; they wanted to be proactively involved in development with the help of individual professionals.

Honma says that when it came time to choose real estate, of course good access to airports and train stations was a given, but he said what was most important was each building’s first impression. 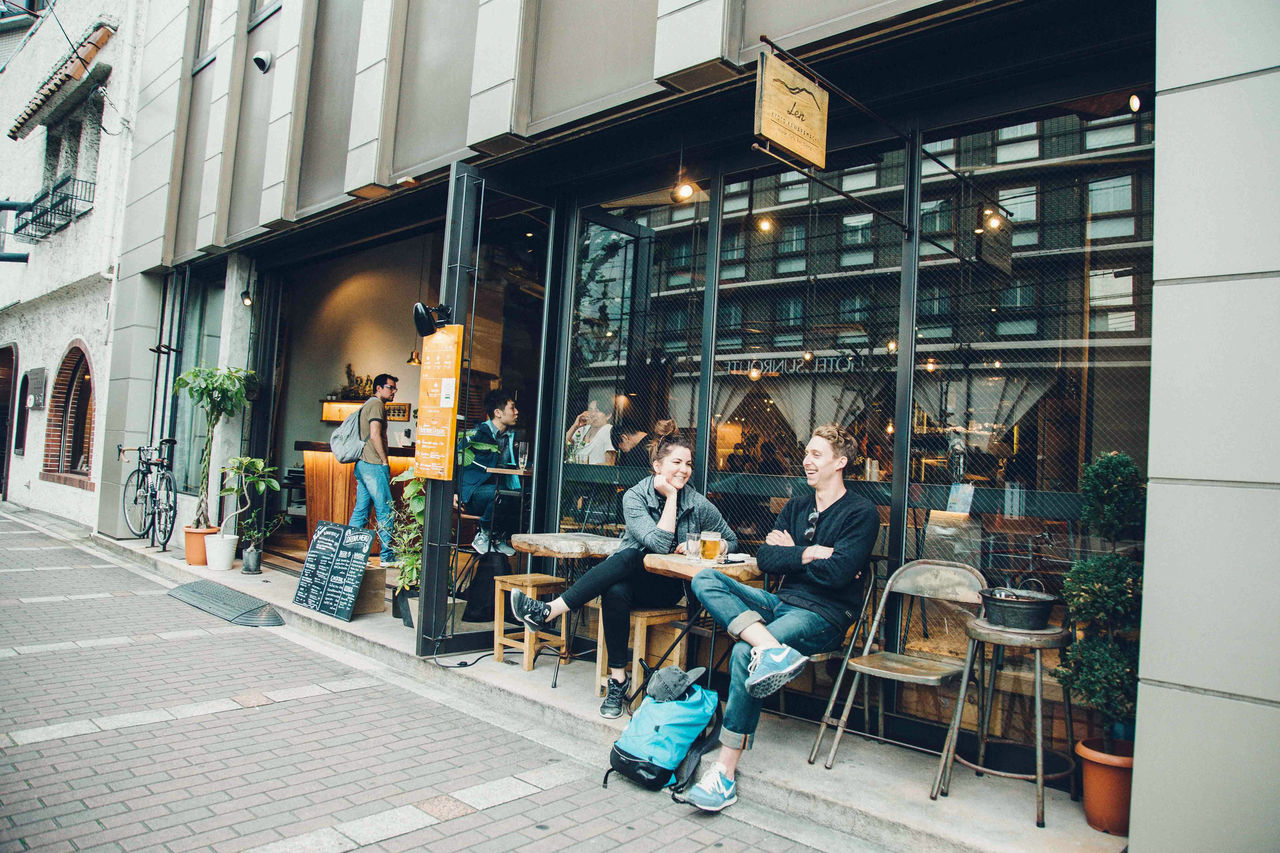 The entrance to Len, located close to Kyoto’s Kamogawa. Taking strolls by the famous Kyoto waterway is one of the hostel’s highlights.

The Hosts’ Attitude Is the Key

Business is booming at all of Backpackers’ Japan’s hostels, with 80% of their clientele coming from abroad. What is it about these hostels that is so attractive to guests? 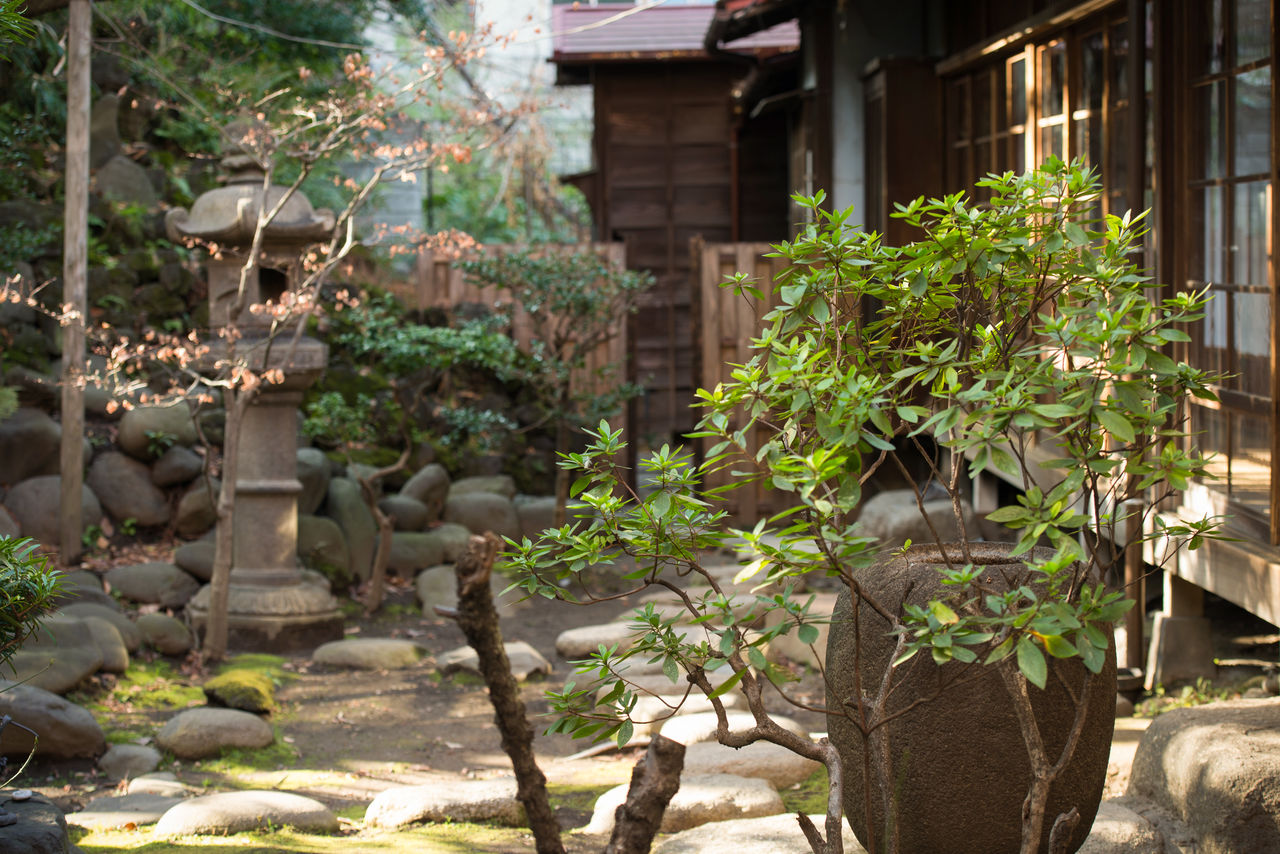 The garden at Toco, a retro, 90 year-old Japanese home renovated into a hostel.

“Toco has the atmosphere of an old Japanese-style home, while Citan has better facilties for enjoying music. But what these two share is that guests all praise them for how comfortable and relaxing they are. I think what contributes to that most is our staff. We don’t really have a training manual or anything like that. When choosing employees, though, other than having to be able to speak English, I place a lot of emphasis on whether  I feel like I would want to have a meal with these people. Coming after that would be whether they enjoy the hostel where they’ll be working.”

Our crew that went to report on Toco said they would sum up the hostel with one word: warm. After dining with the staff, they really felt like everyone at the hostel was giving off good vibrations. Their amiable approach to customer service and natural smiles appeared to be the biggest draws for customers. 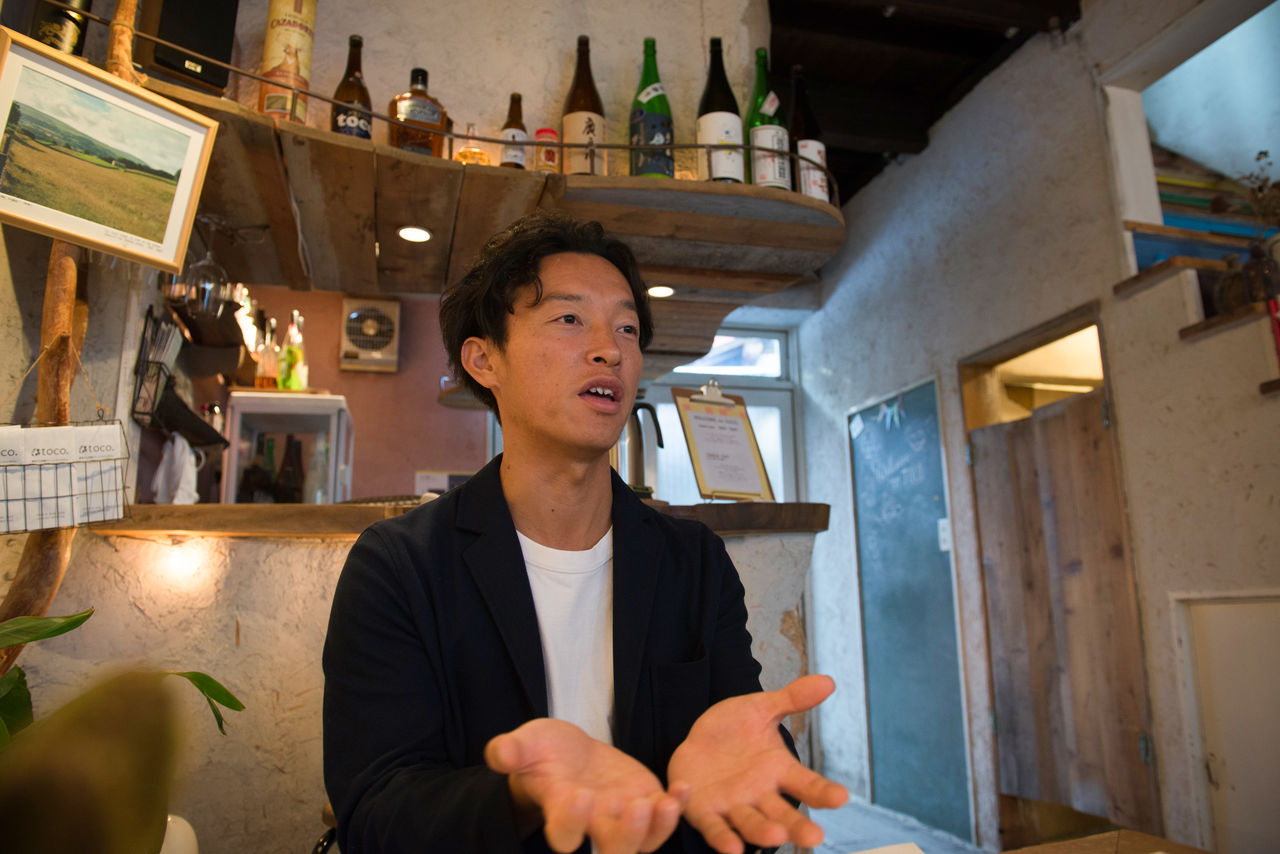 Honma says that the warmth of the staff is what makes the hostels’ relaxing atmosphere. (© Kodera Kei)

Hostels are a part of a community, and staff often find themselves on good terms with locals.

“About 70% of the people who frequent our hostels’ cafes and bars aren’t lodgers but rather people living in the area. Backpackers’ Japan wants that kind of relationship with our communities—to provide lodges that contribute to the people and society around them, setting down roots in the area. We don’t require our staff to go out and try to actively engage with the community, but we do want them to be a neighborhood presence that people enjoy for years to come.” 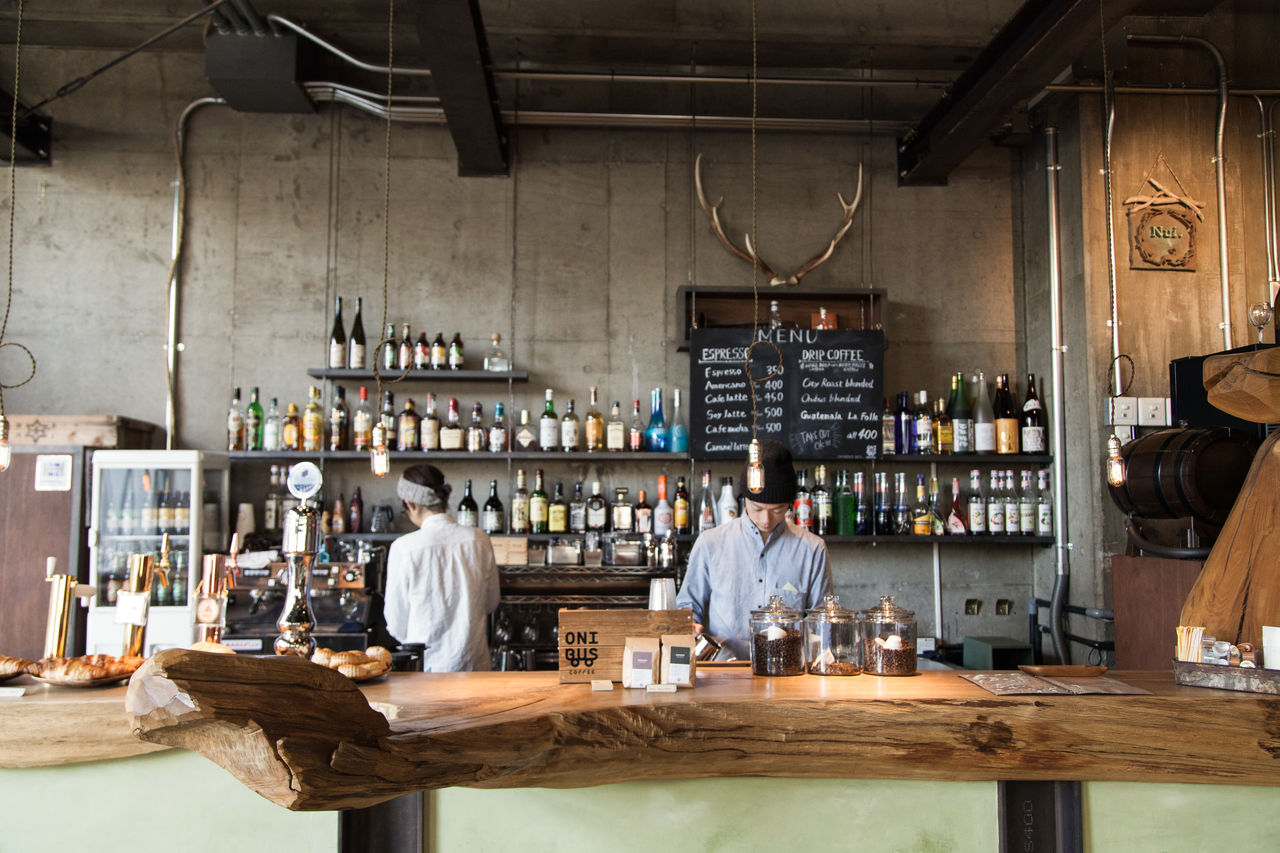 Delicious coffee, food, and carefully selected craft beer are all on offer at the lounge at Nui.

(Originally written in Japanese by Mitamura Fukiko. Photographs © Backpackers’ Japan except where otherwise indicated. Banner photo: The lounge at Nui.)