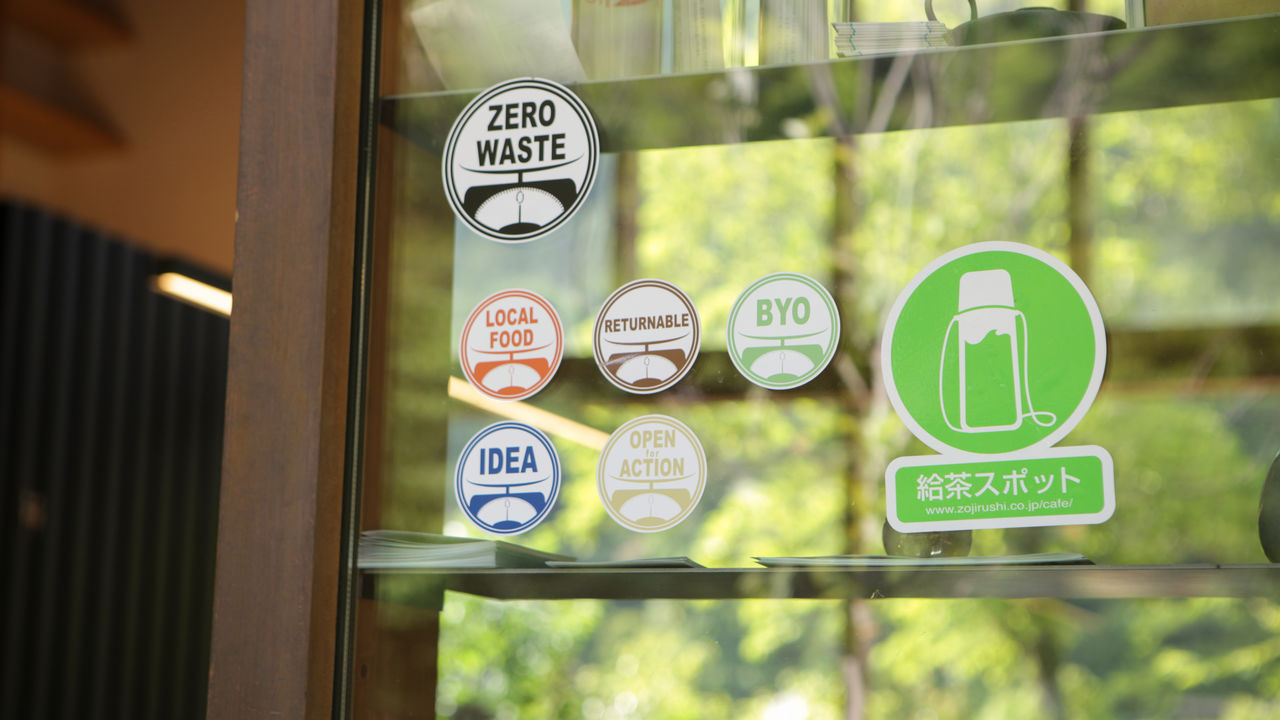 Jul 16, 2018
Recycling is not enough. Reusing old items and reducing the amount we discard are also required. The town of Kamikatsu, Tokushima, one of Japan’s leading municipalities in the waste reduction field, operates reuse stores and workshops. It is also gaining wide influence throughout the country with the Zero Waste Certification program.

“Up to now, we’ve put all our efforts into recycling the waste that we generate. Today, however, we’re starting to look earlier in the process, to reusing and reducing the things that were once discarded.”

So speaks Sakano Akira, the chair of Zero Waste Academy, an NPO based in Kamikatsu, Tokushima Prefecture.

In 2003, Kamikatsu became a pioneer in Japan with its Zero Waste Policy. Now the populace of Kamikatsu sorts waste into 45 types in 13 categories, achieving an 81% recycling rate in 2016. Sakano is among those who say that now, in addition to recycling, reduced waste generation must also be made part of the Zero Waste Campaign. 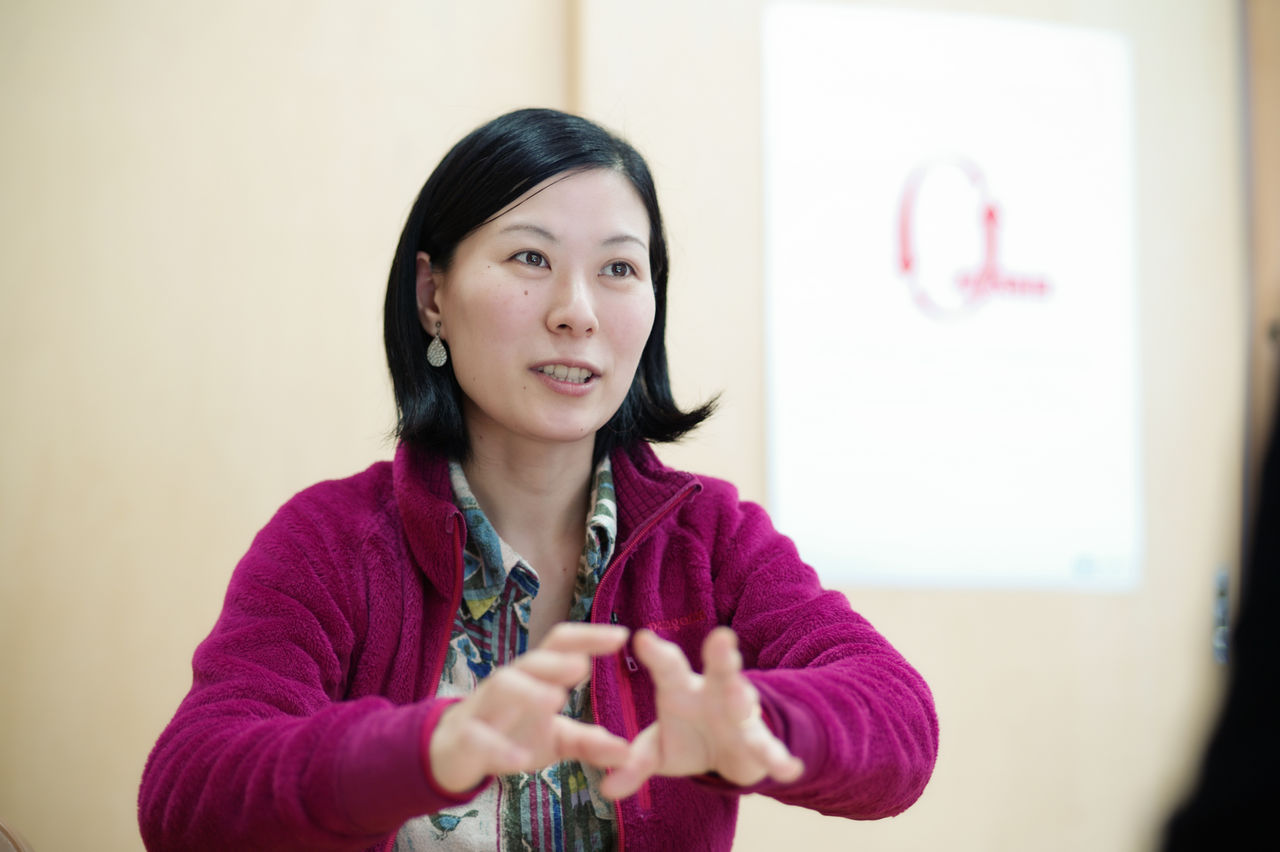 The citizens of Kamikatsu bring their own waste to Hibigaya Waste Station, where they sort the waste themselves with assistance from the staff. Things that still have some use in them, or that others might want, are taken to Kurukuru Shop (whose name means “round-and-round,” symbolizing the items making their way back into the community), a reuse store on the premises.

Kurukuru Shop is a project for circulating still-useful things, both within and without the local community. While only Kamikatsu residents may bring items there, anyone may take items away. Some 15 tons of usable things that would otherwise go to waste pass through Kurukuru Shop annually, according to 2016 statistics. 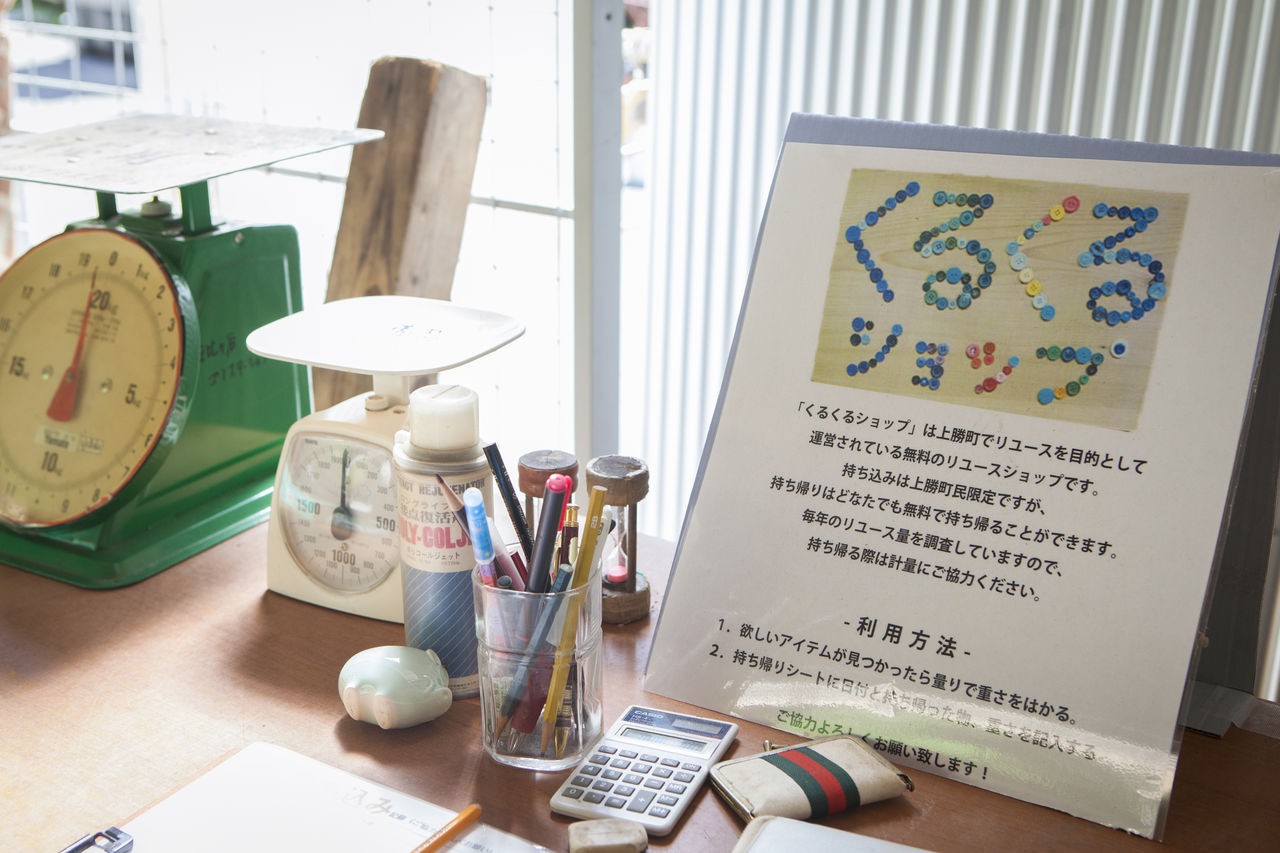 From Festival Trash to Popular Merchandise

Another project is Kurukuru Workshop. Located in the Hidamari (Sunny Spot) Senior Citizens’ Preventive Care Center, where Zero Waste Academy has its own offices, this workshop produces and markets products remade from old clothing and other old fabrics, as well as reworked cotton. 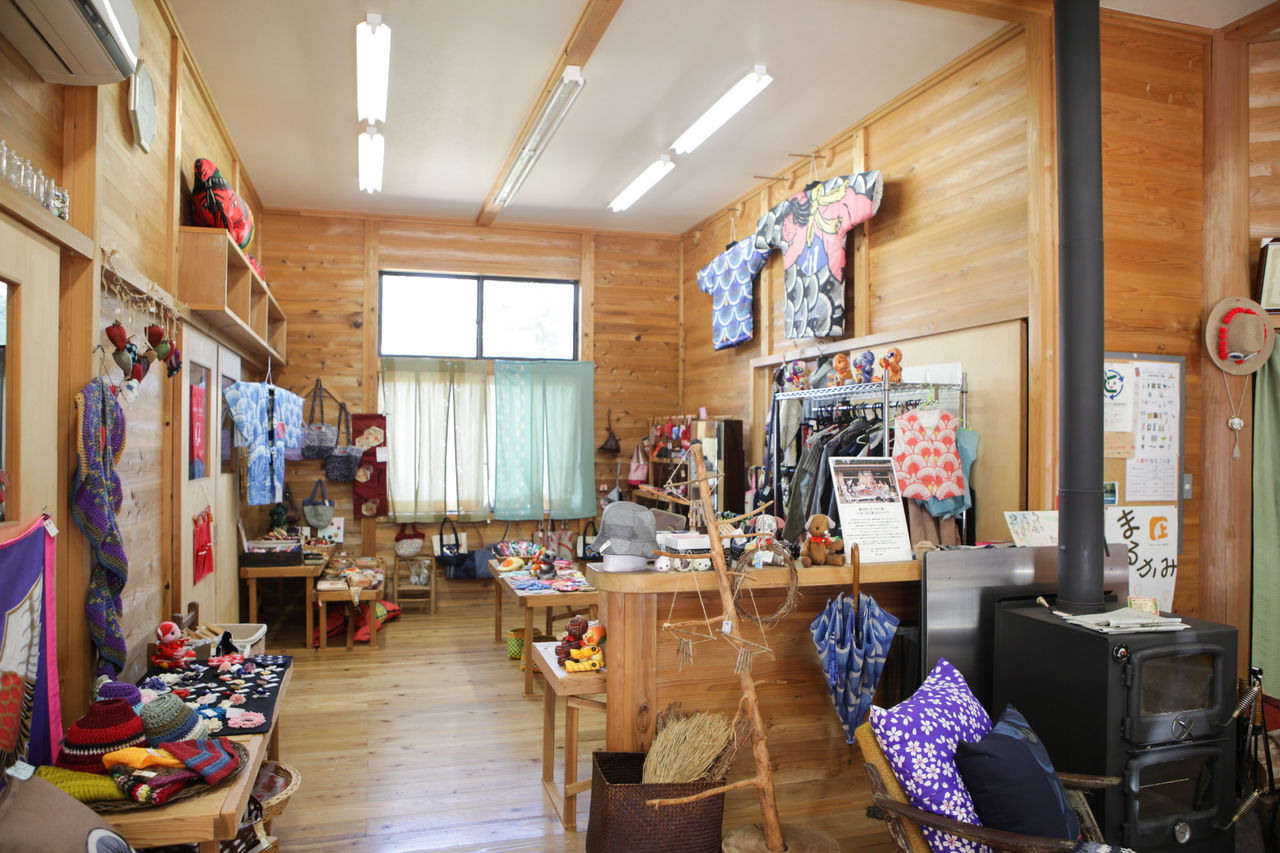 Here you’ll find a range of products with modern and original designs, from windbreakers and stuffed animals made from Boy’s Day carp streamer cloth to handbags made from kimono cloth. The carp streamer cloth is the remains of large quantities of carp streamers that decorate the Katsuura River as part of the Irodori Koikoi Koimatsuri, a festival that takes place around May 5 each year near Tsukigatani Hot Springs in Kamikatsu. Carp streamers, which were previously burned as being no longer of any use, are now utilized efficaciously.

“Kurukuru Workshop got its start when we talked to elderly townspeople who were good at working with their hands,” says Sakano. “We have about twenty workers who bring us products that they made with their various skills.” 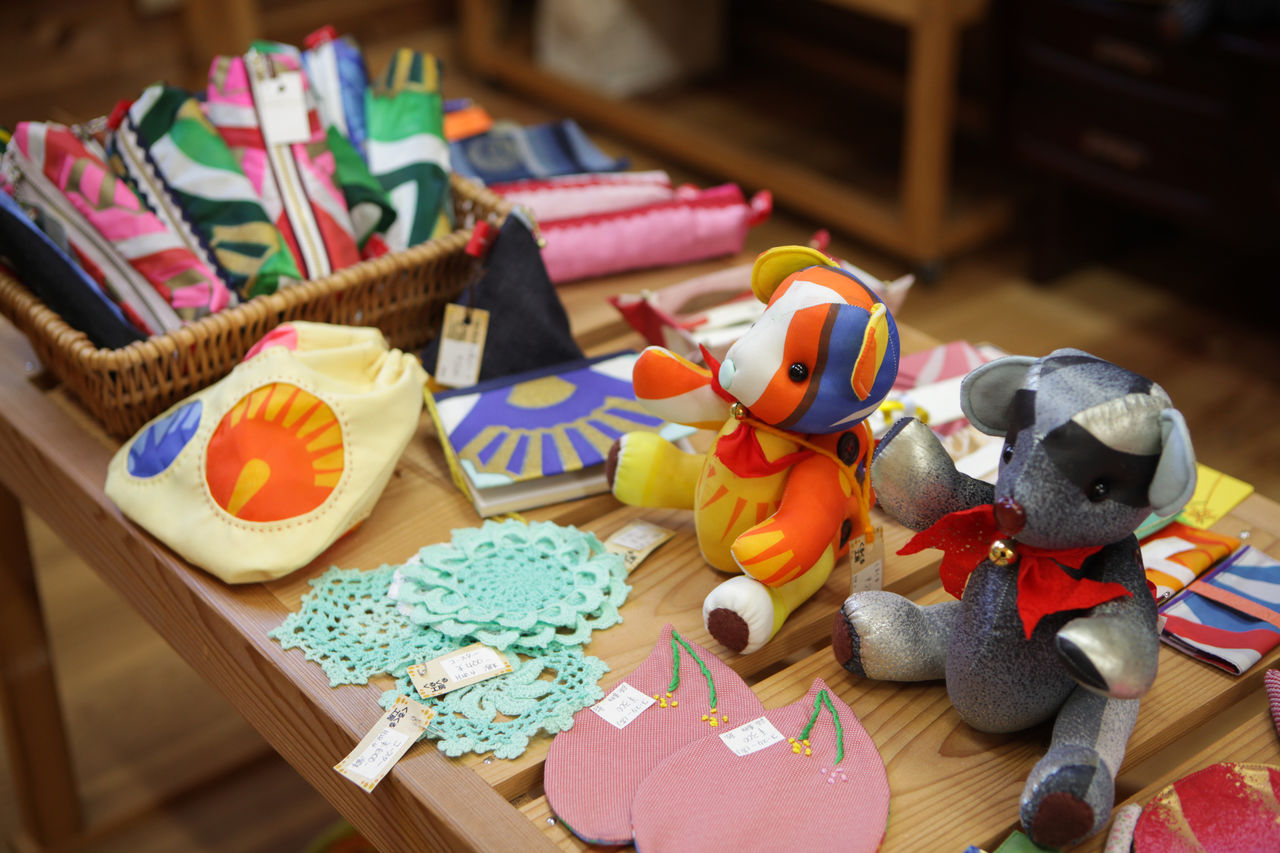 Prints of scales from carp streamers were used in the design of these items. 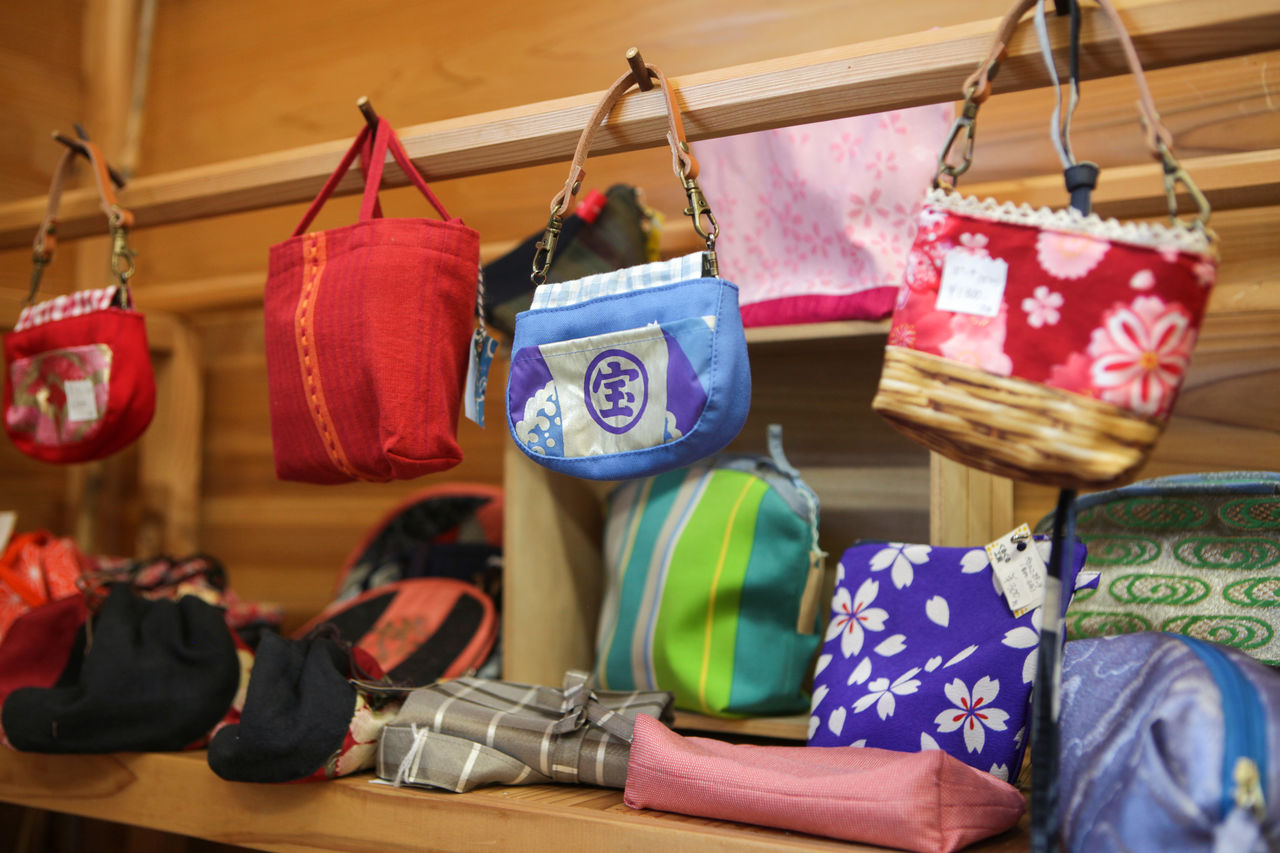 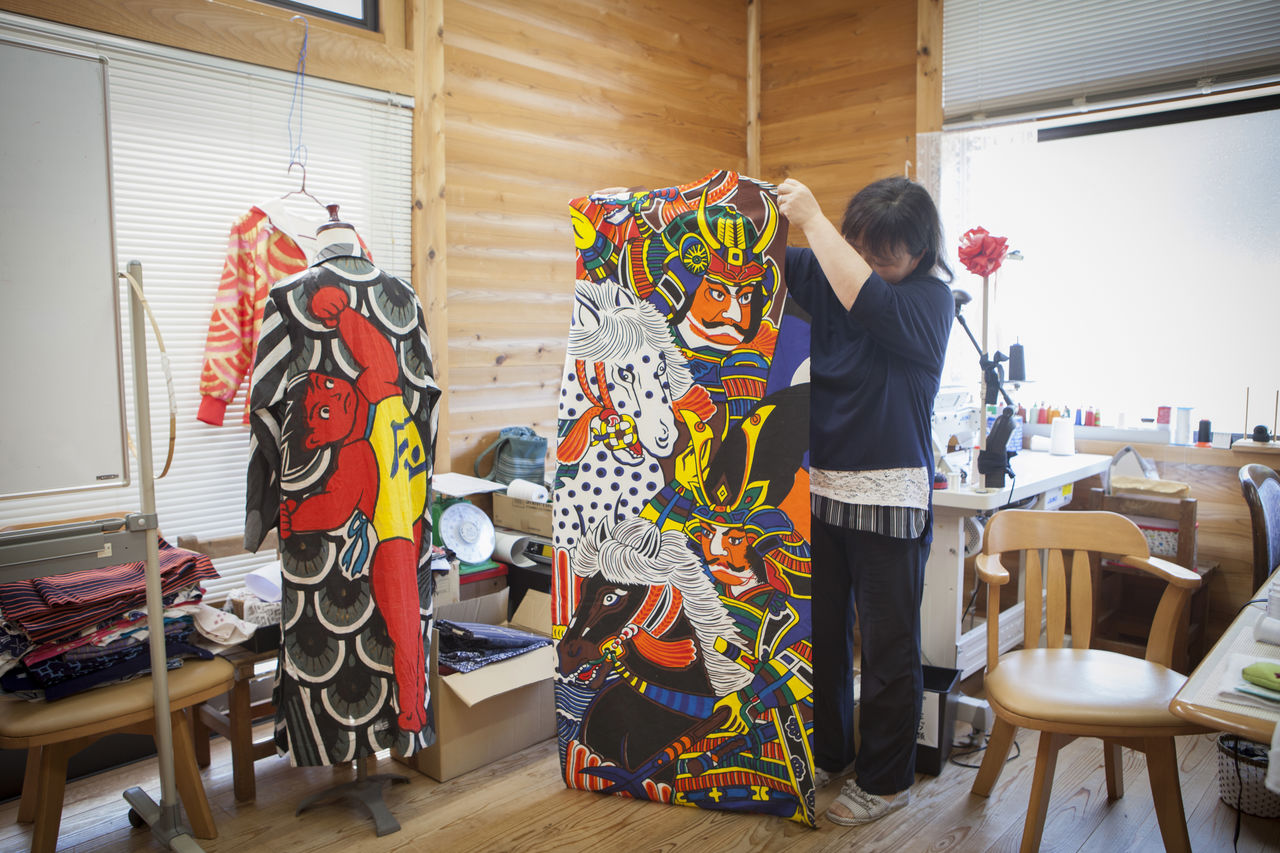 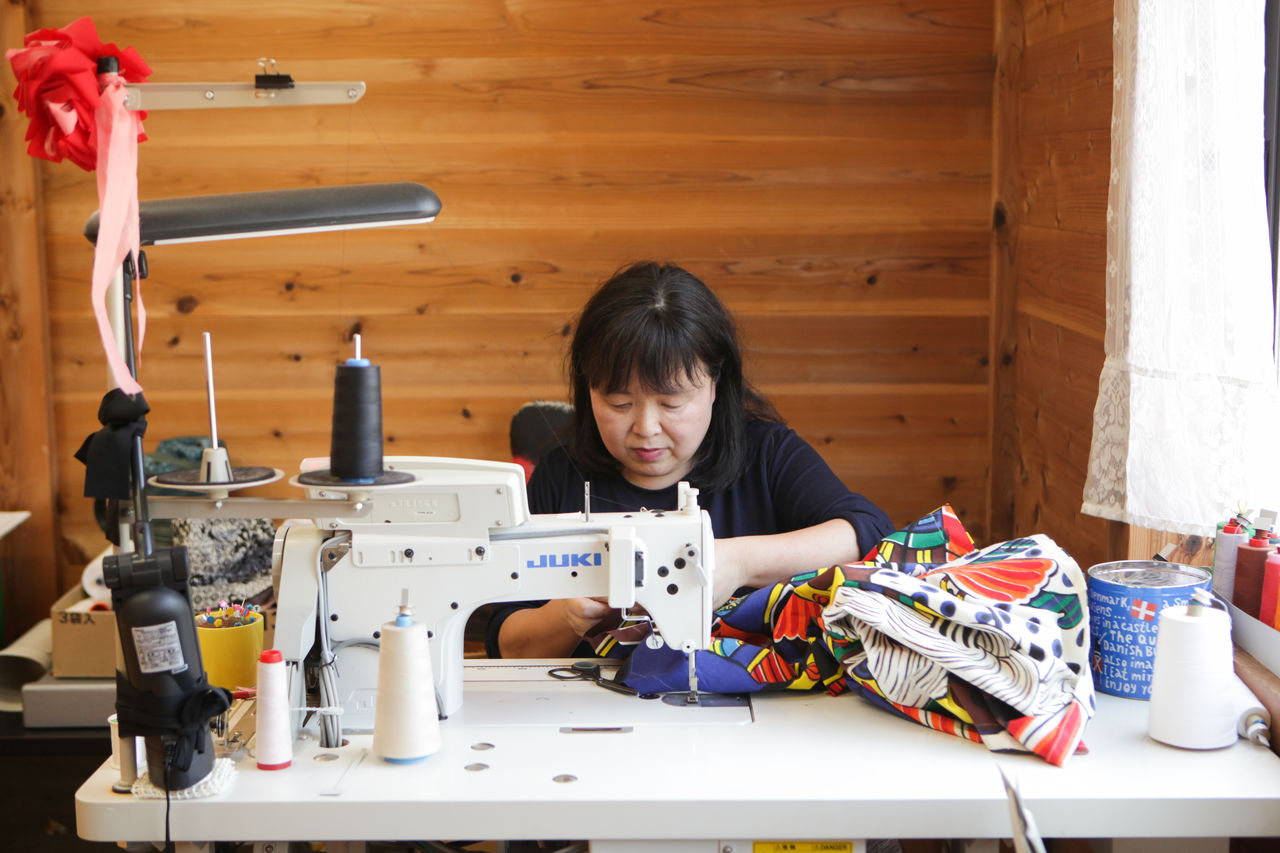 Zero Waste Certification: Getting More Businesses On Board 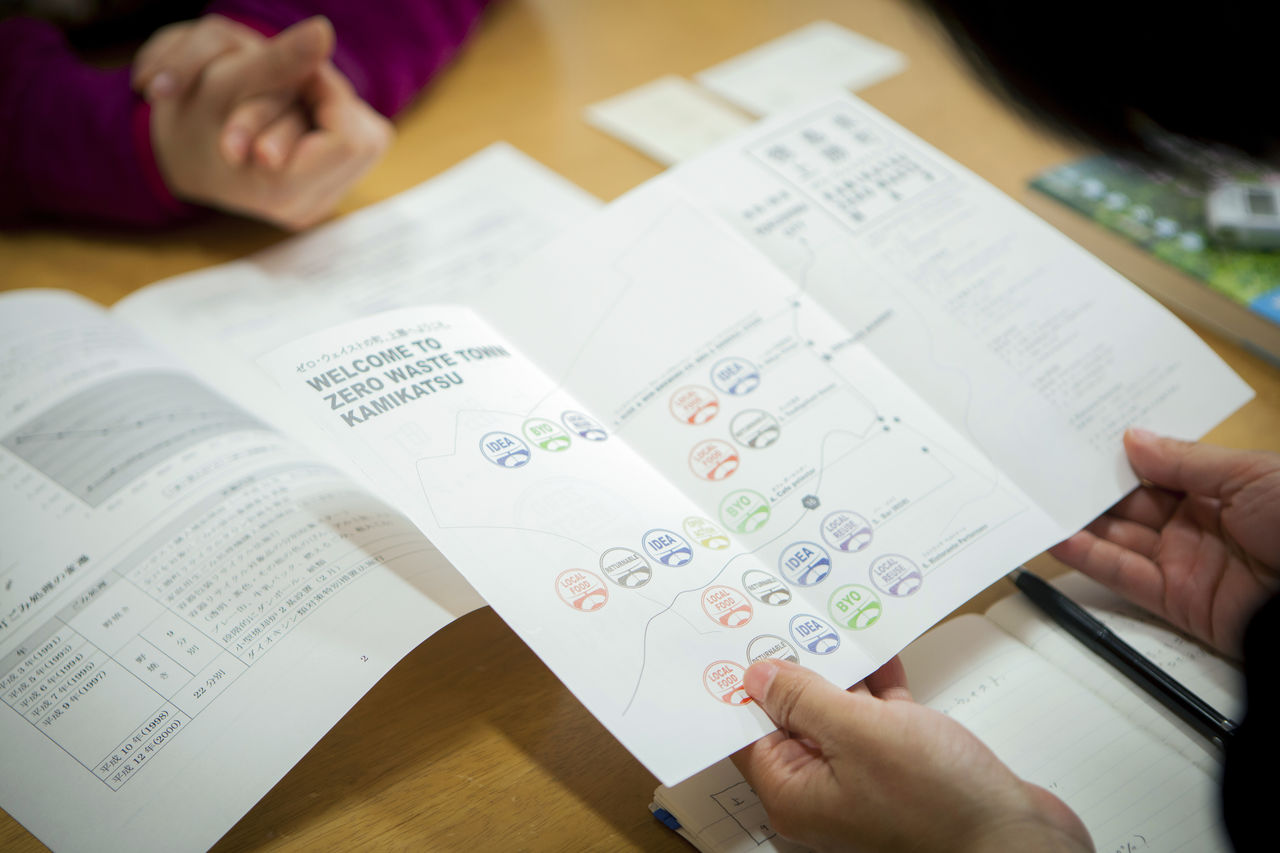 The procedure begins with businesses satisfying three preliminary conditions: training their employees in zero-waste methods, taking part in municipal waste separation and recycling programs, and setting zero-waste targets and working methodically toward them. Thereafter, these businesses are evaluated in six categories, with certification granted individually for each category. In the process, businesses learn that there are many aspects to reducing waste. 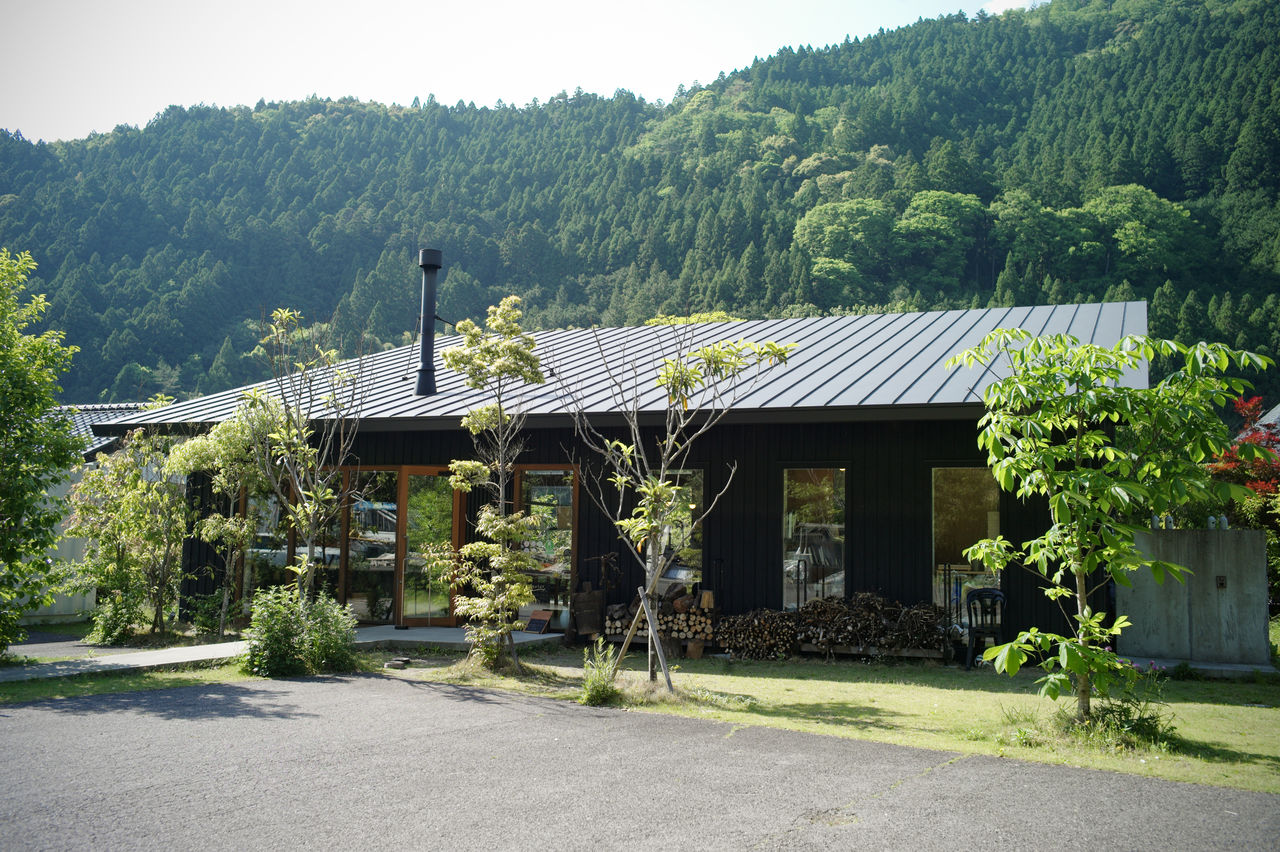 Café Polestar has been certified in five of the six categories in the Zero Waste Certification scheme. 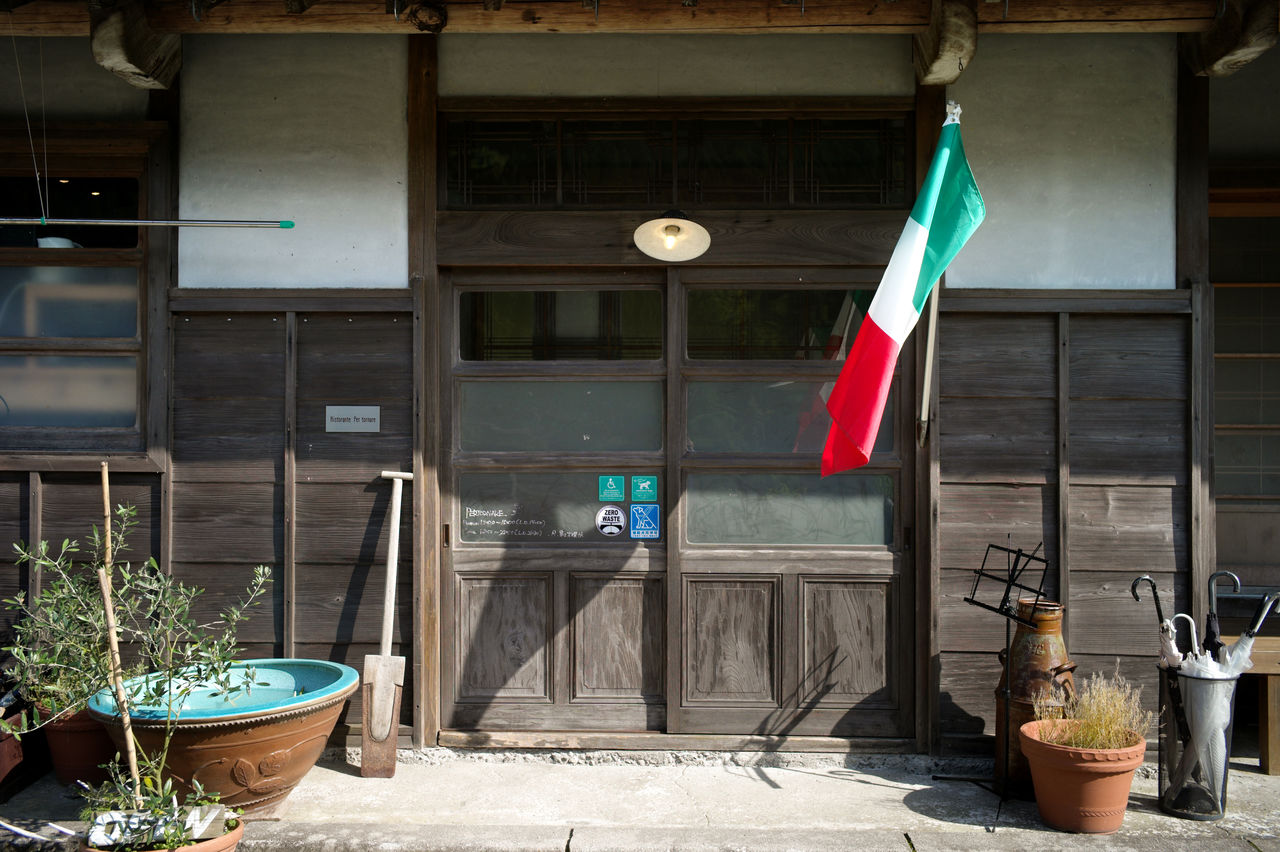 Ristorante Pertornare displays its certificate seals in five categories on its entrance.

In April 2017, six Kamikatsu restaurants received the first Zero Waste Certifications. A seventh has since been recognized as of June 2018. Zero Waste Academy assists certified businesses with their waste-reduction efforts and also with reporting in the media and other publicity.

The program began soliciting applicants across Japan in July 2017, with Karimizuan, a café in the city of Unzen in Nagasaki Prefecture, becoming the first certified business outside of Kamikatsu. The intent is to use the program to spark nationwide participation in the Zero Waste Campaign.

Kamikatsu has seen an influx of fact-finding tours from overseas in recent years. 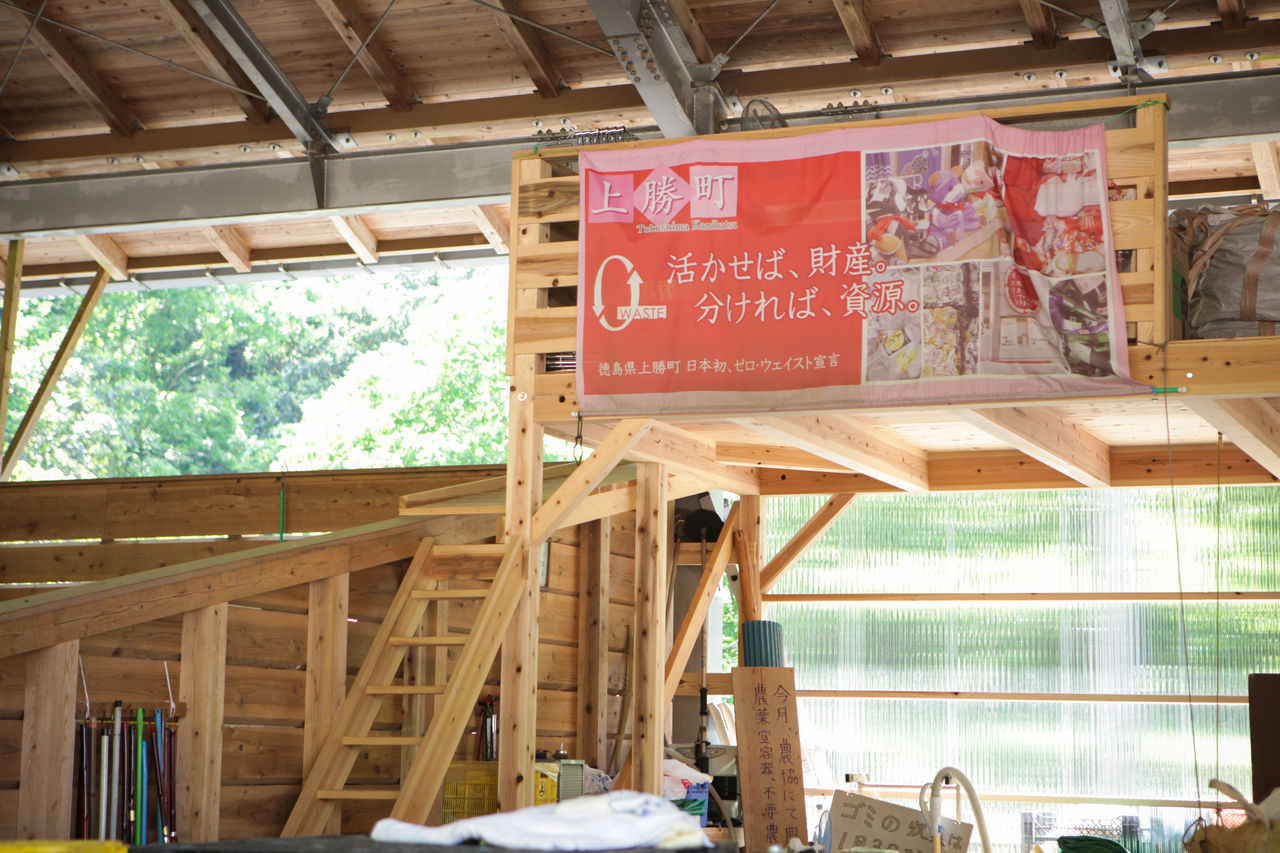 A poster on display at Waste Station reads: “If you can utilize it, it’s an asset, and if you can sort it, it’s a resource.”

“The biggest concern expressed by foreign observers is, do the citizens sort waste accurately?” says Sakano. “It’s hard to raise people’s awareness, though. I believe that generating less garbage is essential to ultimately reducing waste.”

If, for example, product packaging that doesn’t go to waste became the norm, then waste could be reliably reduced. Before that happens, however, all of us will likely have to confront the tremendous amounts of waste and resources that permeate our lives. 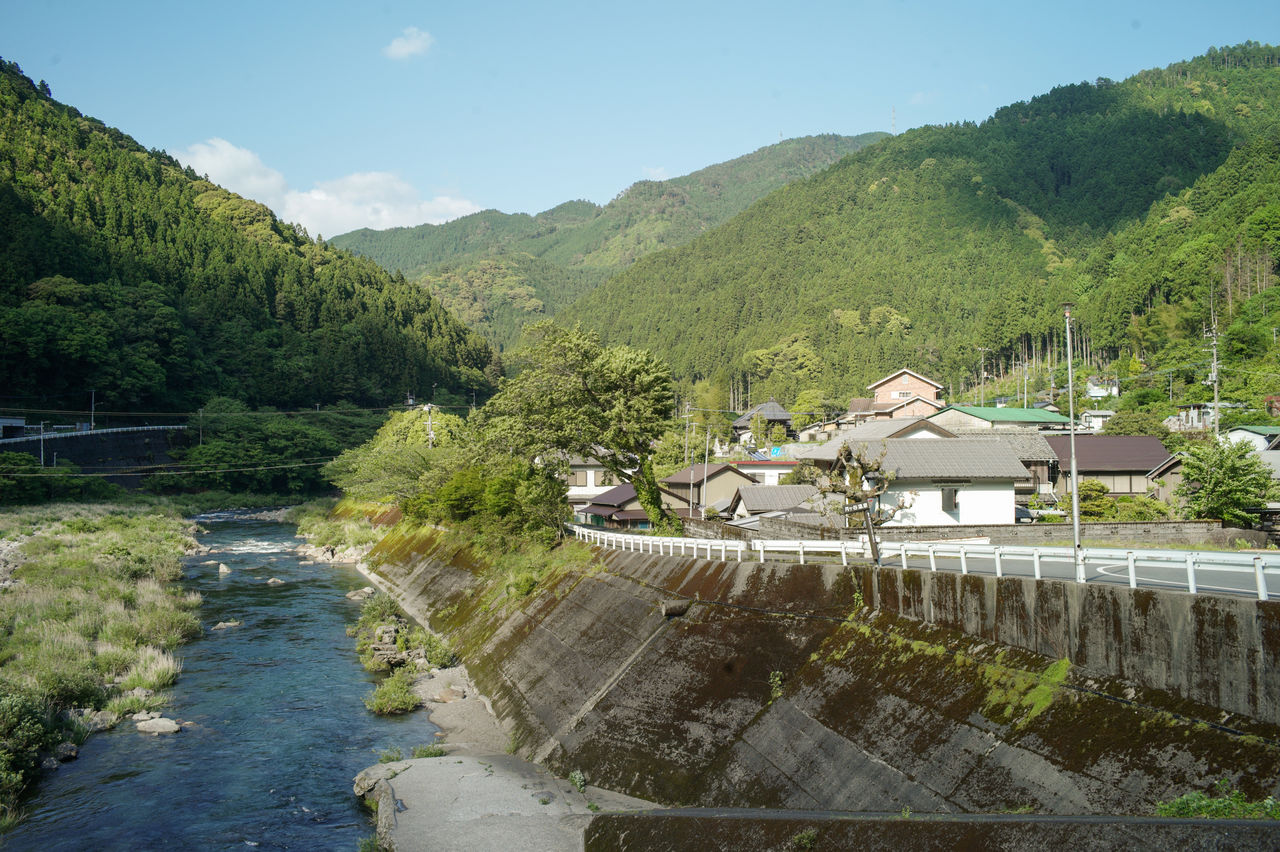 The lush natural environs of Kamikatsu are safeguarded by the Zero Waste Campaign.