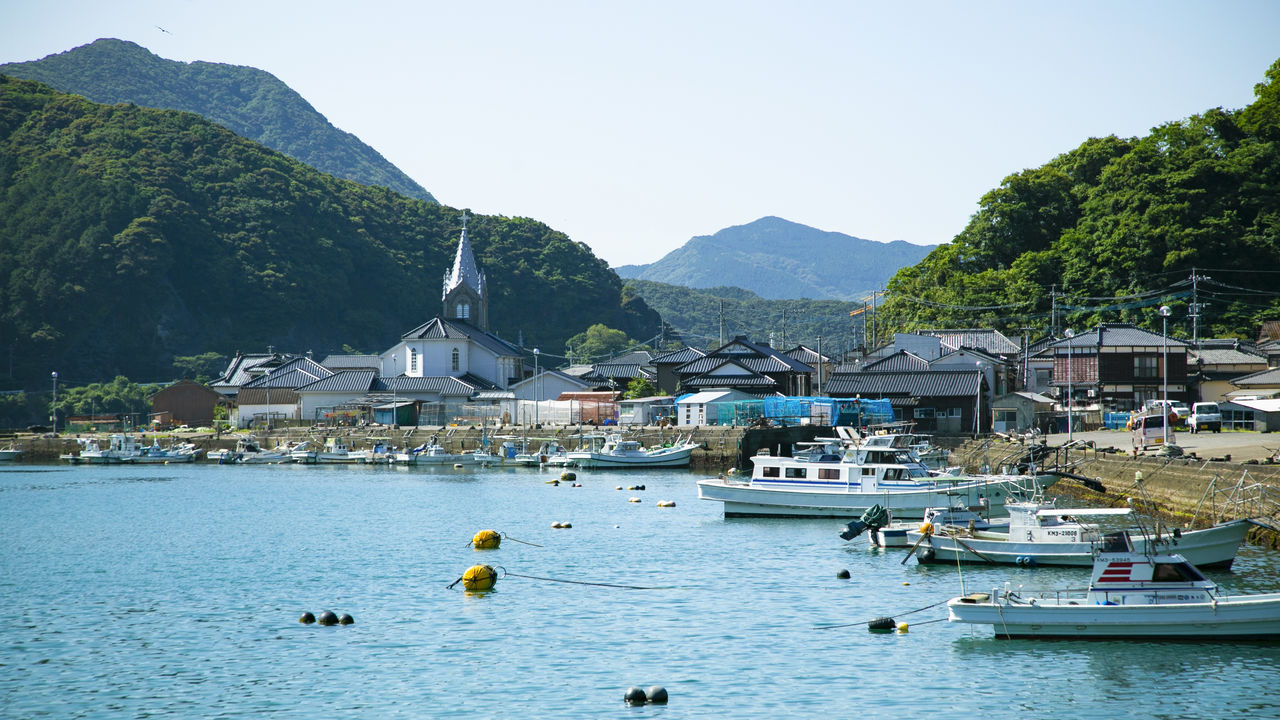 Jul 12, 2018
The hidden Christians of Japan kept their faith alive through centuries of persecution and suppression. In recognition of this history, 12 sites in Nagasaki and the surrounding area, including churches, historical ruins and villages, were registered in June 2018 on the UNESCO World Heritage list as the Hidden Christian Sites in the Nagasaki Region. Of the 12 sites, Sakitsu, a fishing village in Amakusa, is the only one located in Kumamoto Prefecture. This small but lovely hamlet offers a unique window on the history and culture of Japan’s hidden Christians.

Nestled in a Secluded Cove

The village of Sakitsu is located on the southern tip of Shimoshima, the largest of the Amakusa islands in Kyūshū. Tucked on the edge of a cove opening out onto the calm waters of the Yōkaku Bay, Sakitsu looks much like any other village, except for the sight of the church spire soaring behind the tightly packed houses.

Before entering the village, visitors should stop by the Sakitsu Village Guidance Center to view the panels showing Sakitsu and the other Hidden Christian World Heritage sites.

The Center was where we met up with our guide, Kanazawa Hiroyoshi, chair of the Amakusa Treasure Island Guides Association. He took us on a stroll through the tranquil fishing village, stopping to show us the Sakitsu Suwa Shrine, the site of the old church, and the present-day Sakitsu Catholic Church—all of which played significant roles in the history of the hidden Christians here. 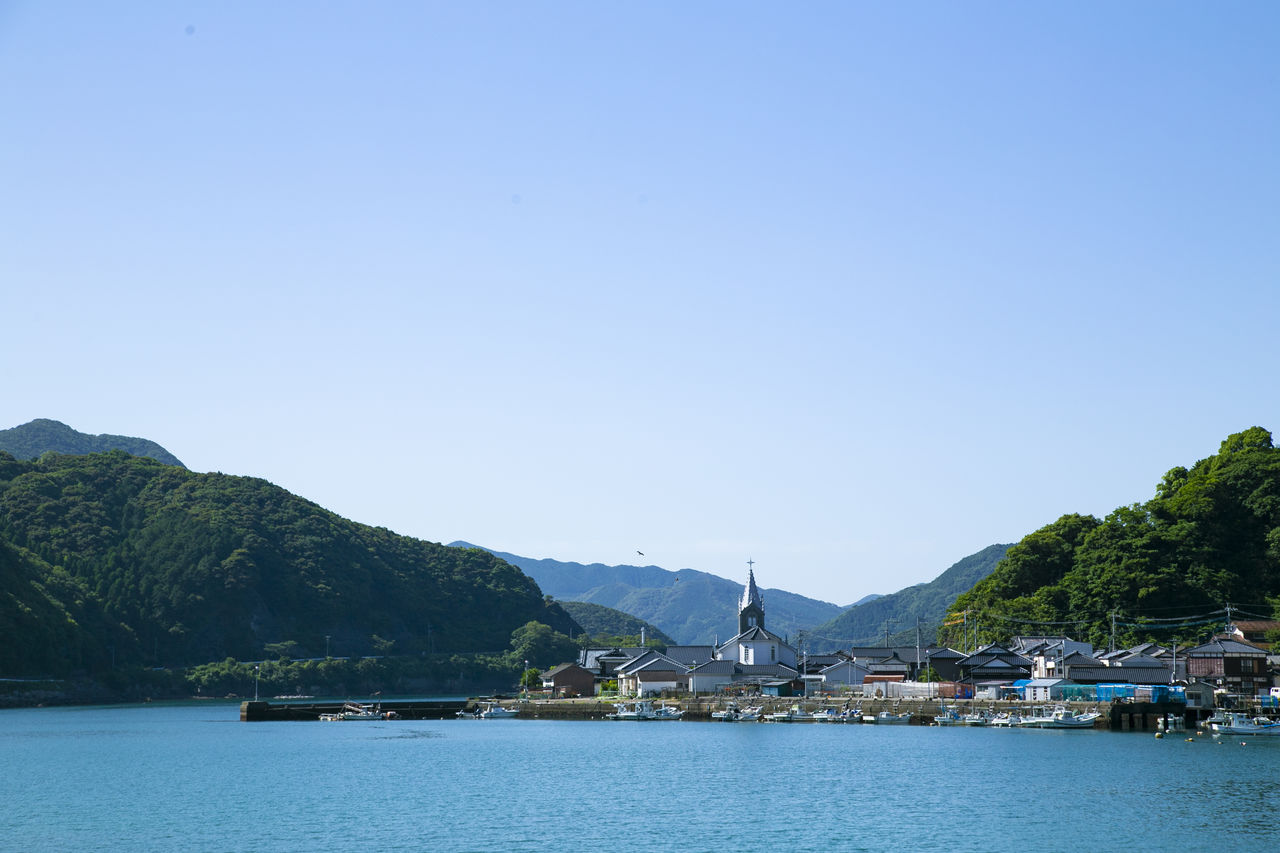 Looking out toward the hamlet from the Sakitsu Village Guidance Center. 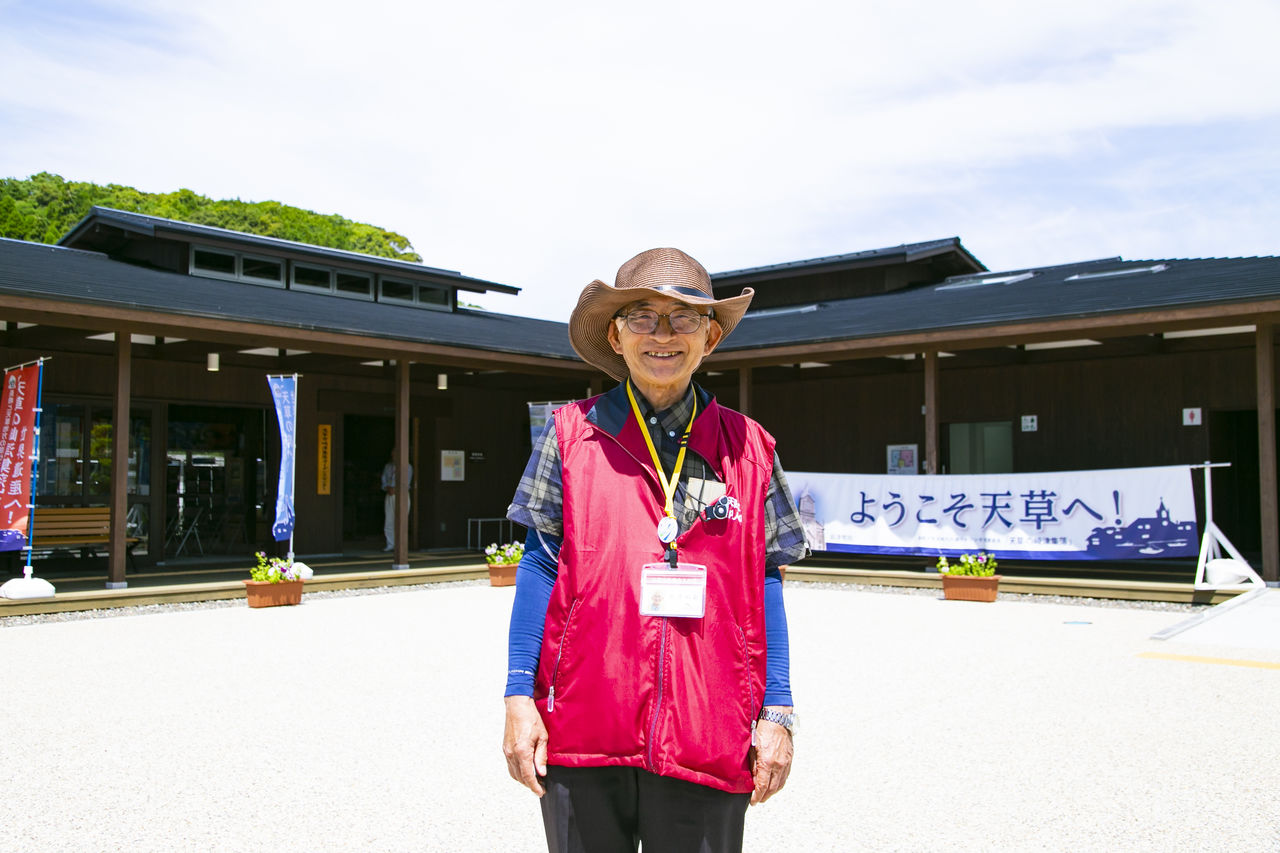 The Center was where we met up with our guide, Kanazawa Hiroyoshi, chair of the Amakusa Treasure Island Guides Association. He took us on a stroll through the tranquil fishing village, stopping to show us the Sakitsu Suwa Shrine, the site of the old church, and the present-day Sakitsu Catholic Church—all of which played significant roles in the history of the hidden Christians here.

Monument to a Test of Faith

Christianity was introduced to Sakitsu in 1569 by Luis de Almeida, a Portuguese physician and Jesuit priest. He converted many of the villagers, who continued to practice their newfound faith despite an edict prohibiting the religion issued in 1614 by the Edo government. Tensions erupted in the Shimabara Rebellion of 1637, when the local Christians revolted against the government. After a lengthy siege, the rebels were suppressed, and once a year thereafter villagers were required to prove they had abandoned the Christian faith by trampling fumie, plaques bearing images of Jesus or Mary, a practice called ebumi in Kyūshū. 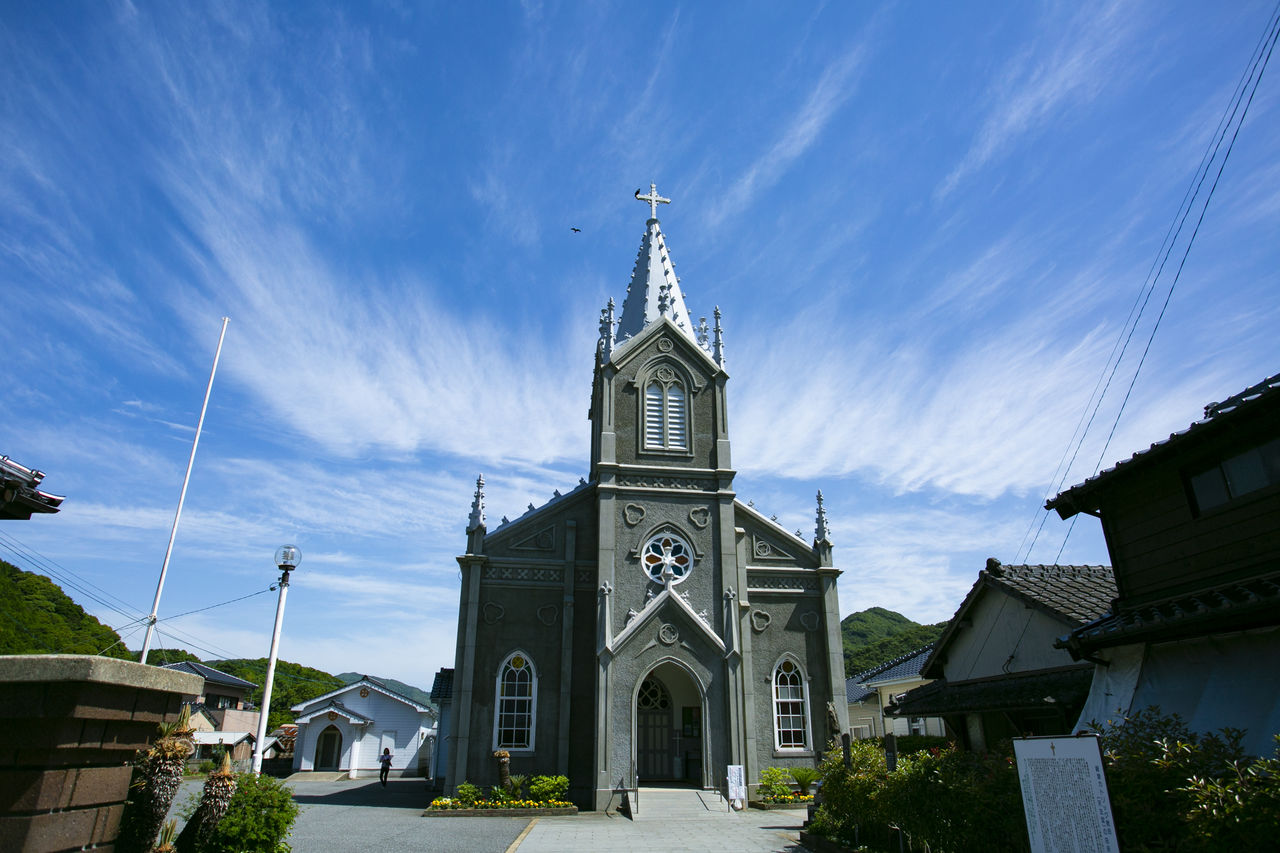 The Sakitsu Church is a beautiful example of gothic architecture on the outside but has traditional tatami flooring inside.

Despite the prohibition, many devout Christians continued to practice their faith in secret, even while they registered as belonging to local shrines and temples. In 1805, however, the government, which had long been suspicious of this, arrested more than 5,000 hidden Christians in Sakitsu and three neighboring villages. The 1,709 people arrested in Sakitsu were later pardoned, but only after they discarded the medallions and sea shells they had been using as objects of worship. These objects were placed in a large box set up on the grounds of the Sakitsu Suwa Shrine.

Still, the people of Sakitsu clung to their faith. In 1873, when the ban on Christianity was at long last lifted, the hidden Christians emerged to become Catholics and built a wooden church below the Sakitsu Suwa Shrine. The present-day Sakitsu Catholic Church was erected in 1934 on the site—once the residence of the village headman—where the Japanese Christian converts of old had been forced to deny their faith by stepping on the notorious fumie. The church altar is located above the spot where the fumie were placed. 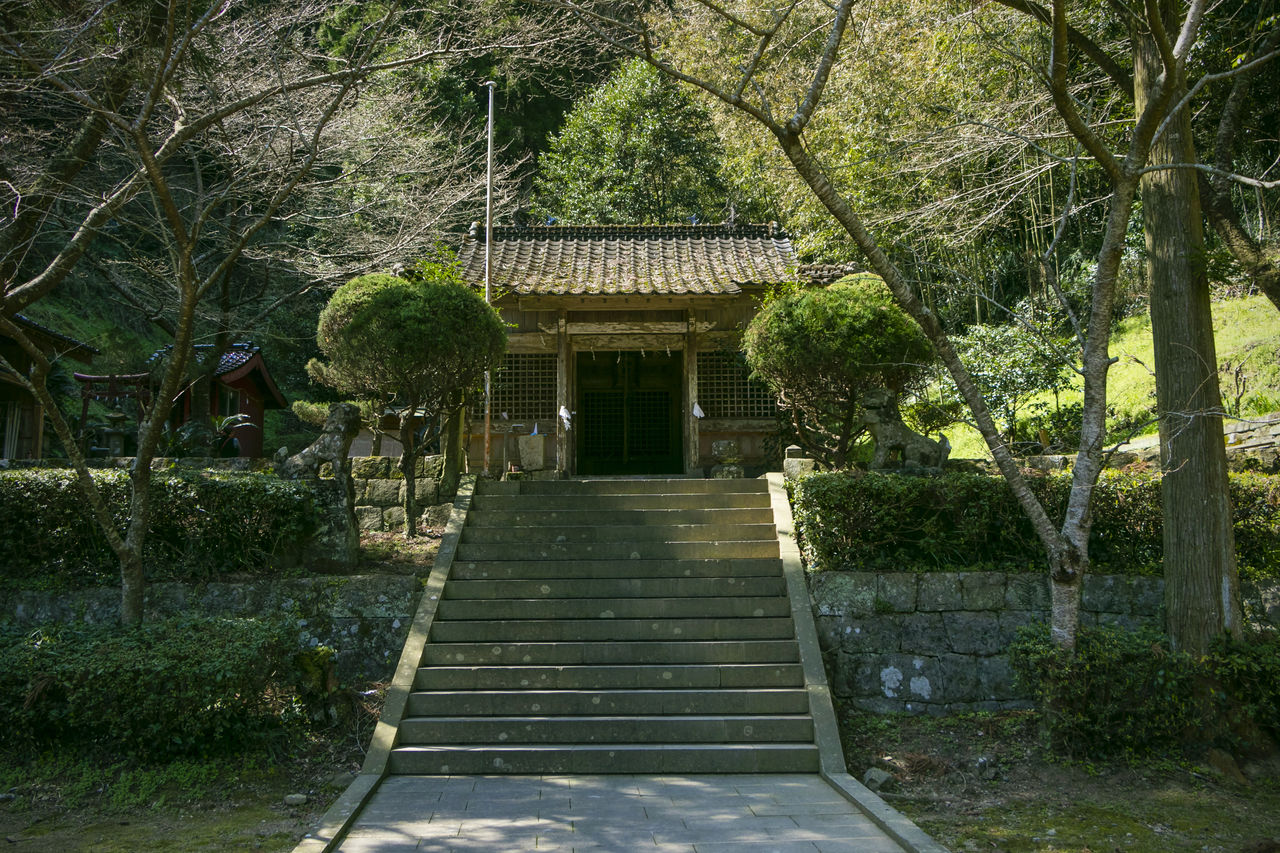 The Sakitsu Suwa Shrine, where the hidden Christians were forced to abandon their faith. 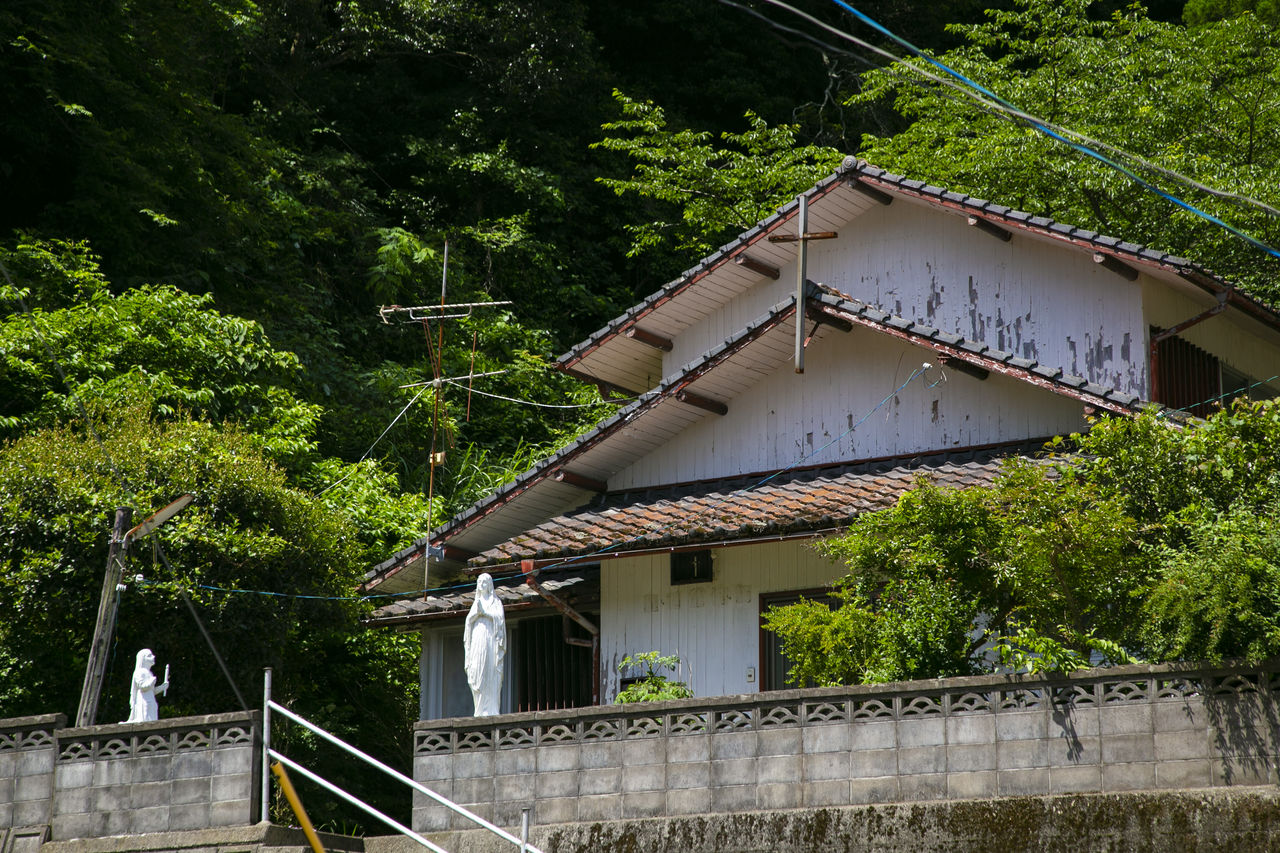 The site of the old wooden church, built in 1888 alongside the main approach to the Sakitsu Suwa Shrine. 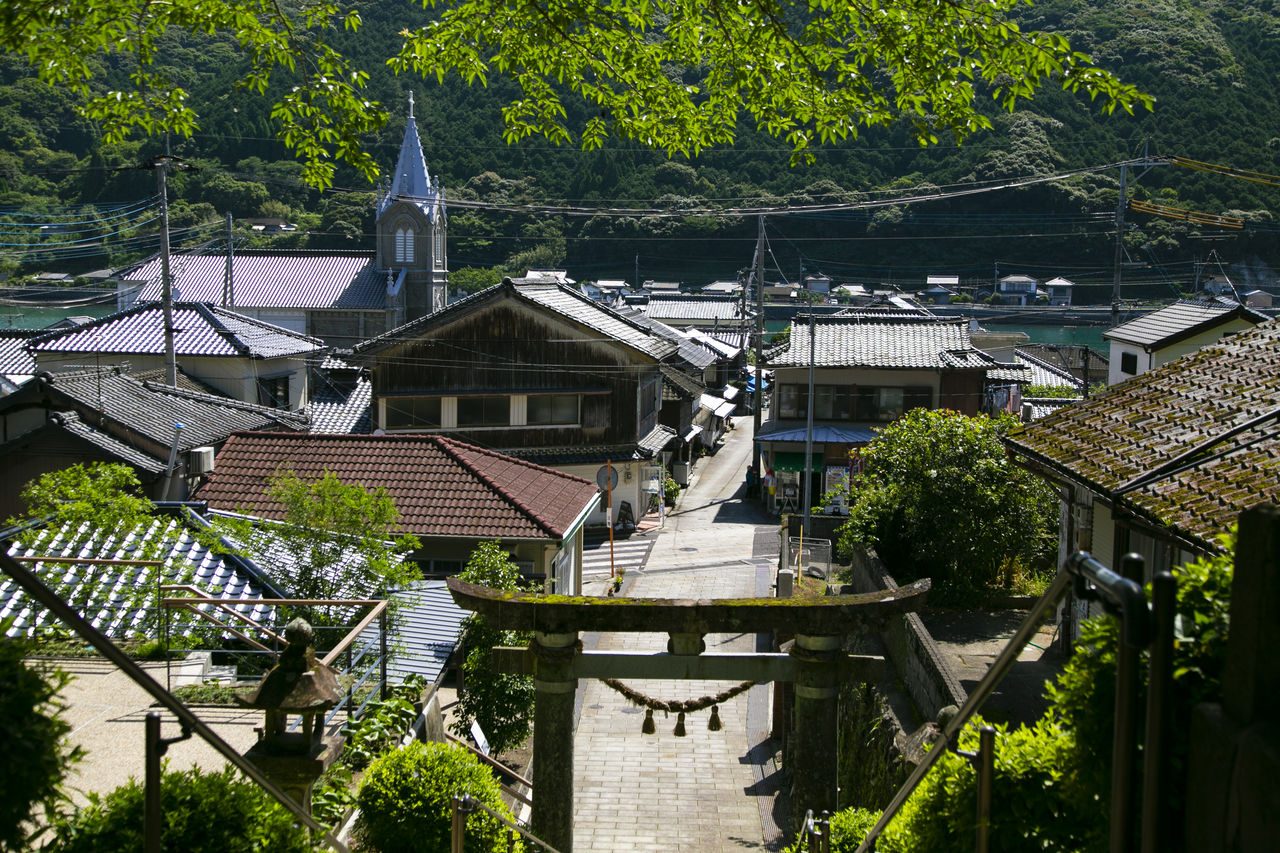 The intriguing juxtaposition of the torii gate to the Shintō shrine and the church.

Sea Shells as Objects of Worship

“People who come here are drawn to the beauty of Sakitsu’s church, but what really makes this a world heritage site is the unique way in which the hidden Christians here practiced their faith. They saw in the patterns of sea shells images of the Virgin Mary and carved religious medallions out of pearly oyster shells. For roughly 260 years, they preserved their faith using as objects of worship things they found in their daily lives as fisherfolk,” explains Kanazawa.

He also noted that the unusual co-existence of Buddhism, Shintō, and Christianity in such a small village was another factor in Sakitsu’s designation as a world heritage site. Some of the medallions and sea shells worshipped as representations of Mary and other artifacts of the hidden Christians can be seen in the Minatoya Sakitsu Museum located near the church. 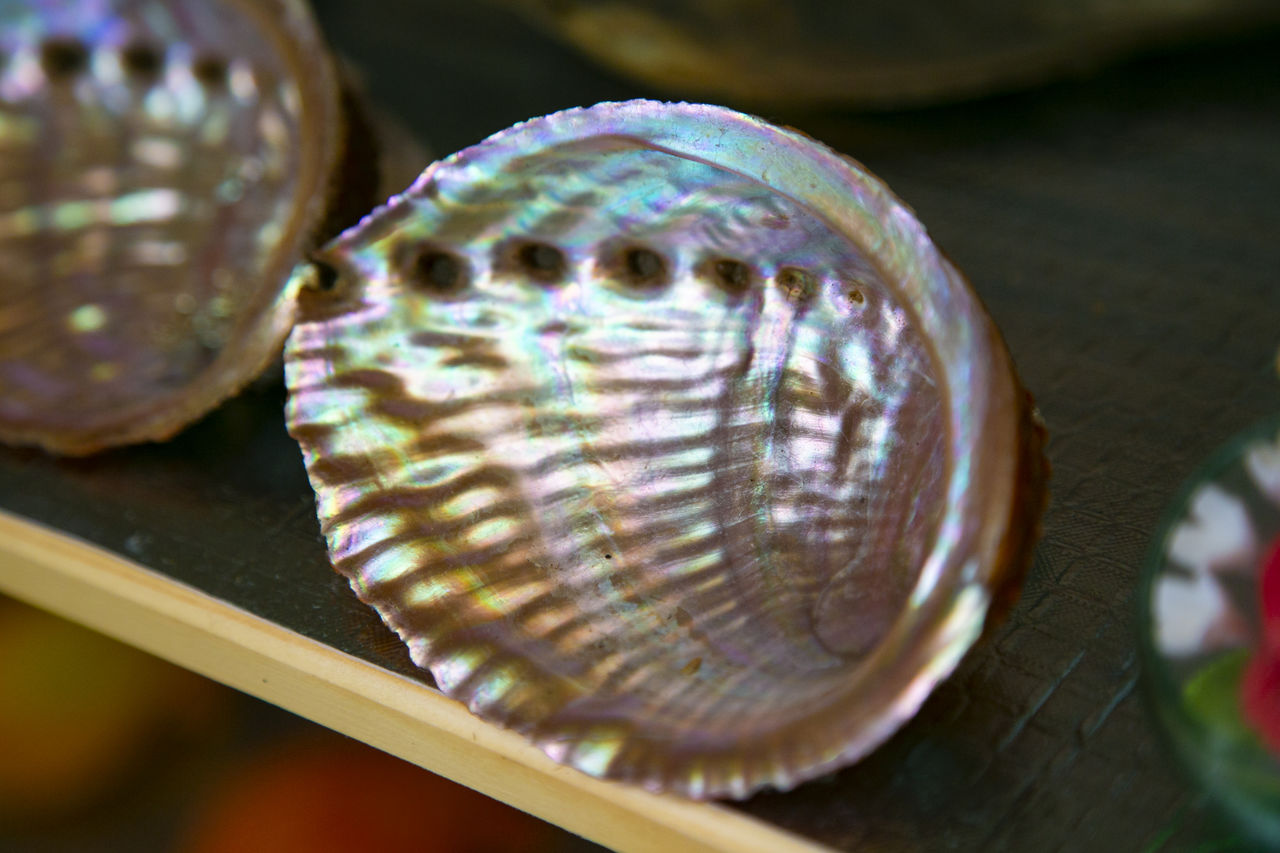 The hidden Christians of Sakitsu used a tairagi pen shells and abalone shells as objects of worship. They saw images of Mary in the pearly patterns. 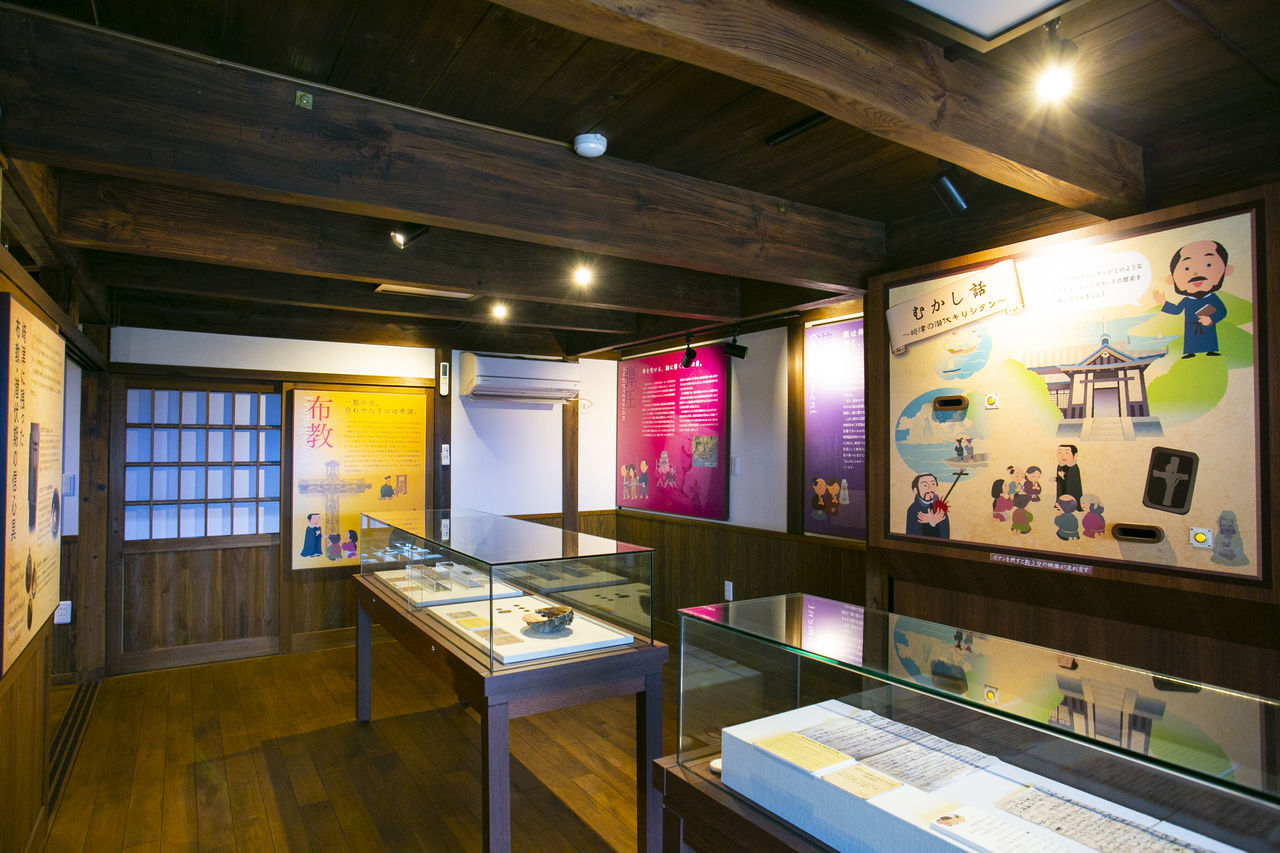 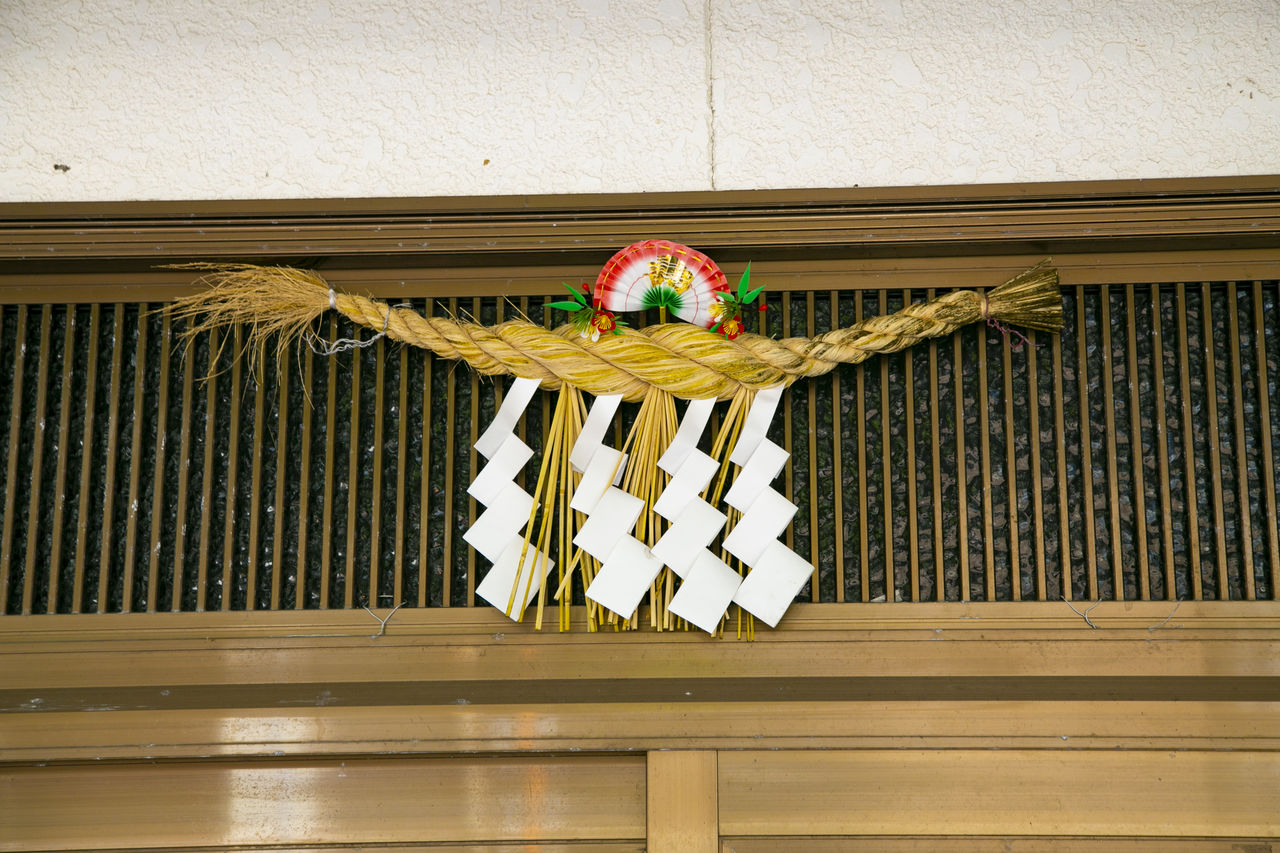 New Year’s decorations of sacred straw rope placed over the entrance to houses were once kept up throughout the year as proof that no hidden Christians lived there. This practice has been retained in some areas of Amakusa and Shimabara in Nagasaki. 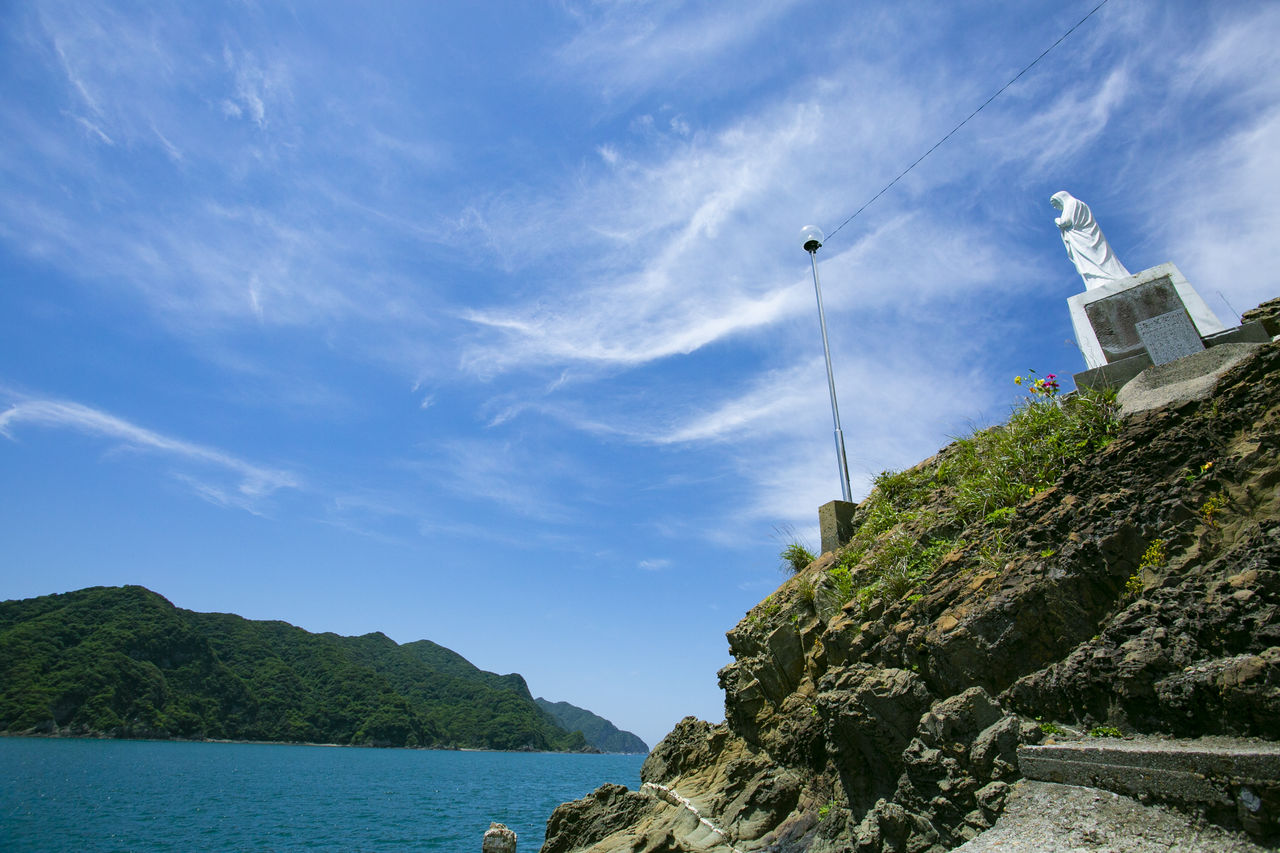 A statue of Mary gazes out over Yōkaku Bay. The fisherfolk of Sakitsu still pray to the statue for safe sailing before they go out on their fishing expeditions.

In addition to being world heritage sites, Sakitsu and the neighboring village of Imatomi are also designated by the Japanese government as important cultural landscapes. Sakitsu in particular is situated on an excellent natural harbor, and was once a major base of trade in the Amakusa region.

“You’ll notice how readily people will come up to talk to you when you are strolling about the village,” says Kanazawa. “Sakitsu is a refreshingly open village and welcomes visitors.” 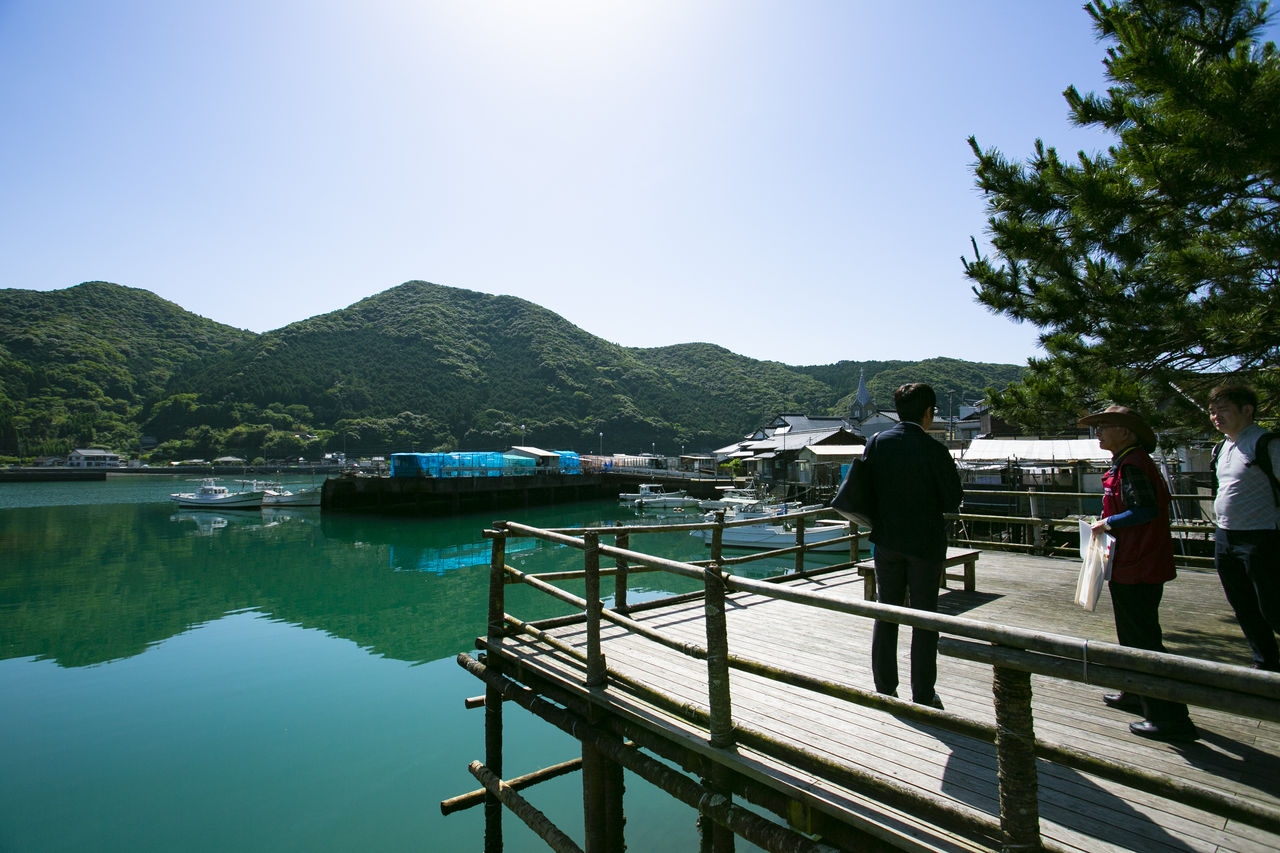 A deck used by the fisherfolk, called a kake, is one of the unique features of the Sakitsu landscape. 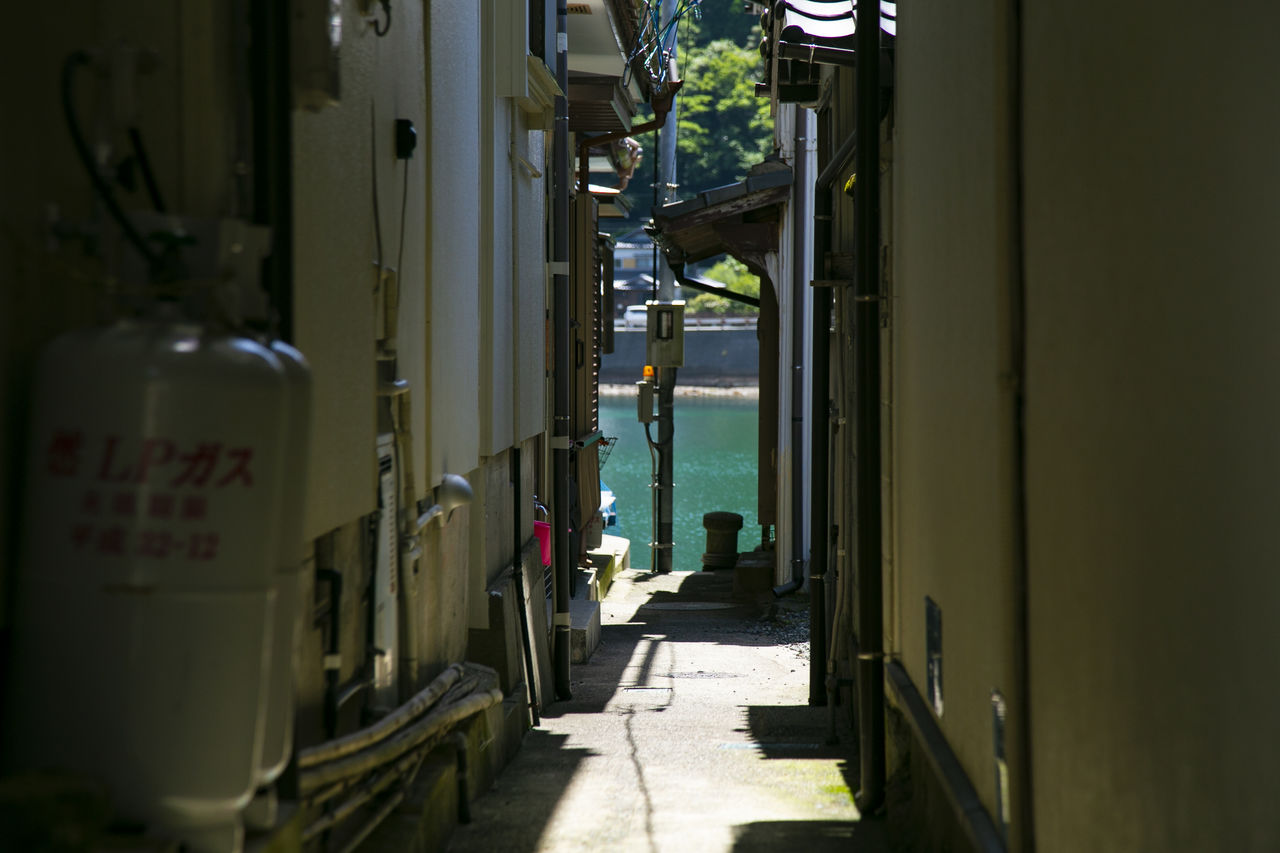 Alleyways called tōya weave their way among the tightly packed houses of the village. 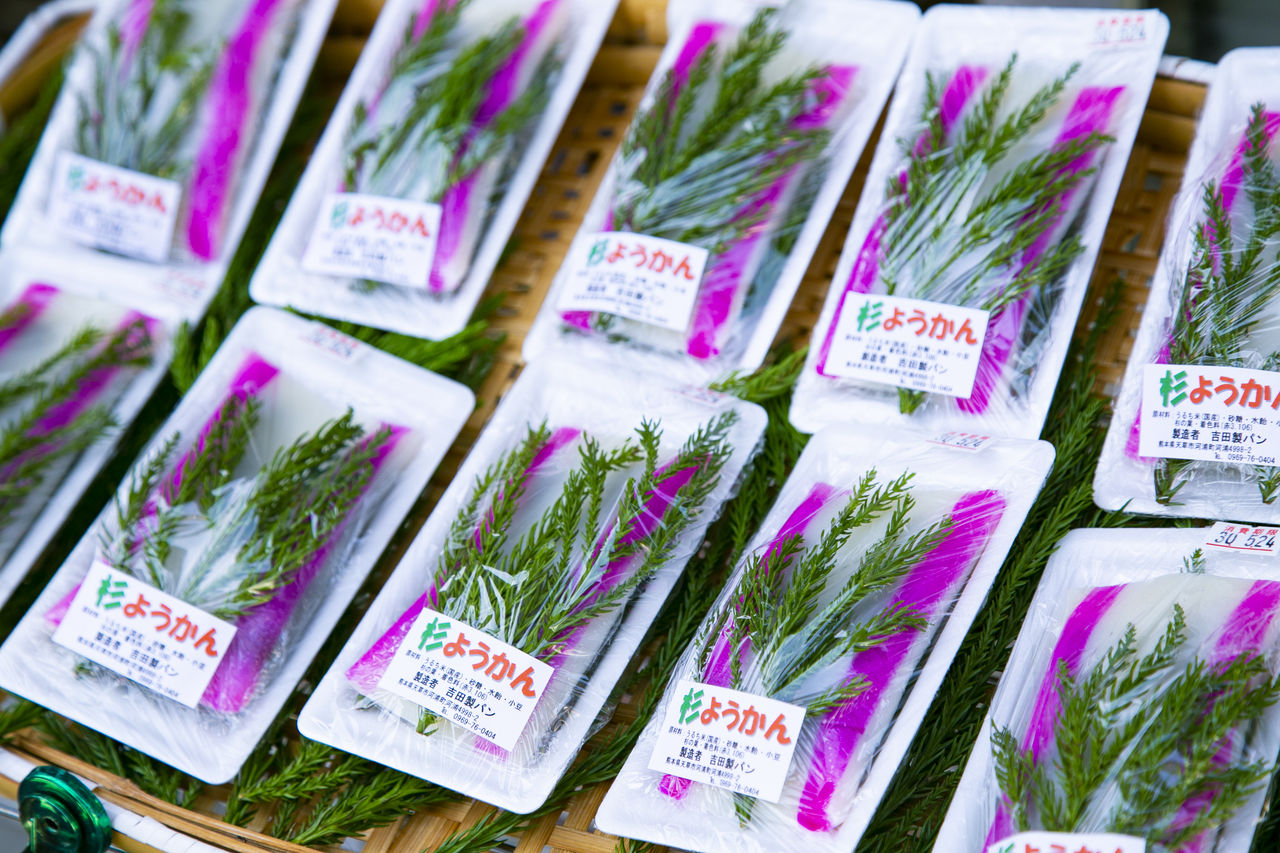 Sugi yōkan, a local specialty, is said to have been introduced to the village around 200 years ago by shipwrecked emissaries from the Ryūkyū kingdom.

(Originally published in Japanese. Text by Kaoka Yasuhiro. Photographs by Kusano Seiichirō. Banner photo: The small community of Sakitsu on a cove off of Yōkaku Bay.)