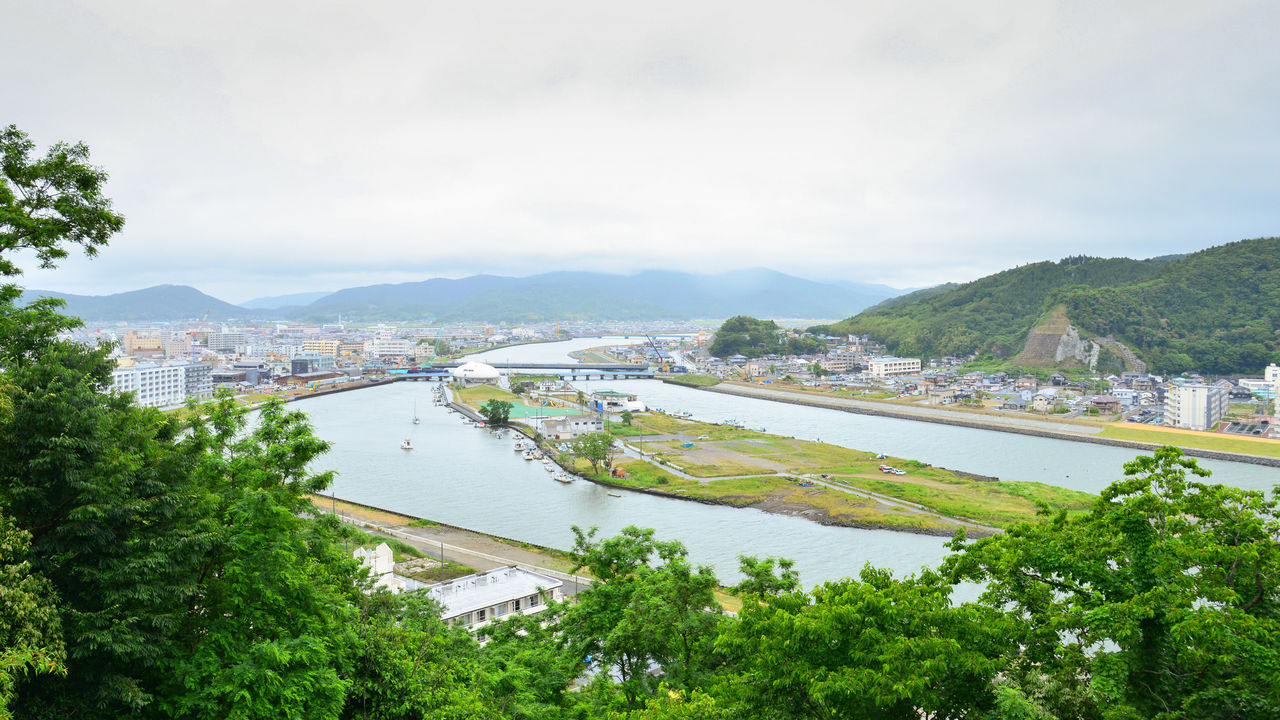 Ishinomaki, Miyagi: Recovering from the Devastation of 3/11

Sep 11, 2018
Ishinomaki has struggled in the aftermath of the March 2011 Great East Japan Earthquake, but is at long last regaining its former prosperity with new sightseeing spots, new manga themes, and an abundance of fresh seafood.

The Great East Japan Earthquake of March 11, 2011, caused unprecedented casualties, leaving more than 15,000 people dead and over 2,500 still missing. Most were victims of the mammoth tsunami triggered by the earthquake. The port city of Ishinomaki in Miyagi Prefecture was one of the communities devastated by the disaster, which killed more than 3,000 residents and left its key fishing industry in shambles.

In the more than seven years since then, Ishinomaki’s cityscape has undergone major changes, with new tourist facilities and shops appearing along major new roads. One of the best spots for a sweeping view of the reviving city is Hiyoriyama Kōen, a park situated on a rise of ground in the city center. 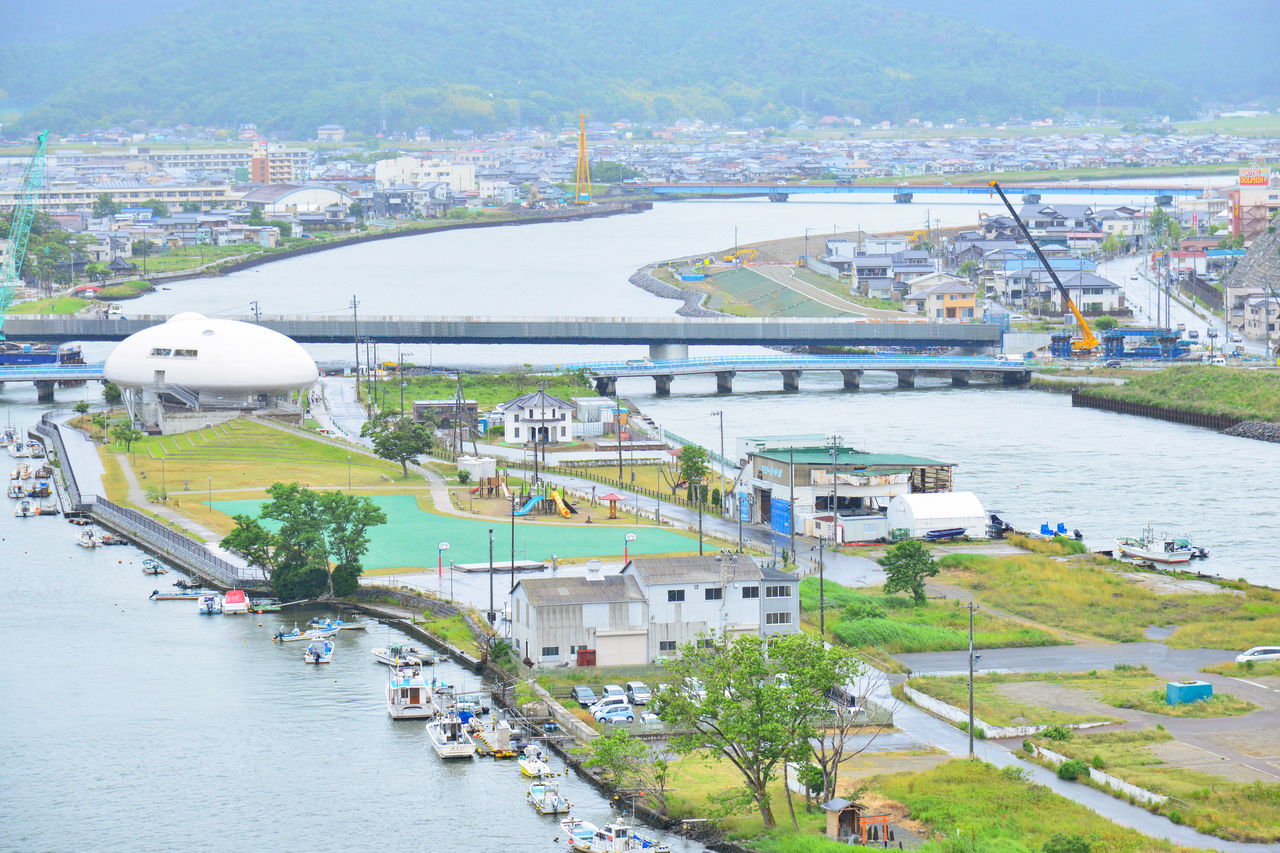 Hiyoriyama Kōen has a long history and has been cited by such personages as the seventeenth-century poet Matsuo Bashō (1644–94) and the early twentieth-century poet and writer of children’s stories, Miyazawa Kenji (1896–1933). Situated atop a hill, the park was originally a lookout point for fisherfolk to check on weather conditions before launching their boats.

At the time of the Great East Japan Earthquake, many people evacuated to the park to escape the tsunami’s onslaught. Witnesses say the tsunami almost totally engulfed the surrounding terrain, transforming the hilltop park into a small island of refuge. The receding waters revealed a scene of shocking devastation—whole houses and office buildings had been swept away, leaving nothing but piles of rubble and sediment.

The view from the park is very different today, encompassing a patchwork of new buildings and vacant plots that testify to the long time it is taking to recover. 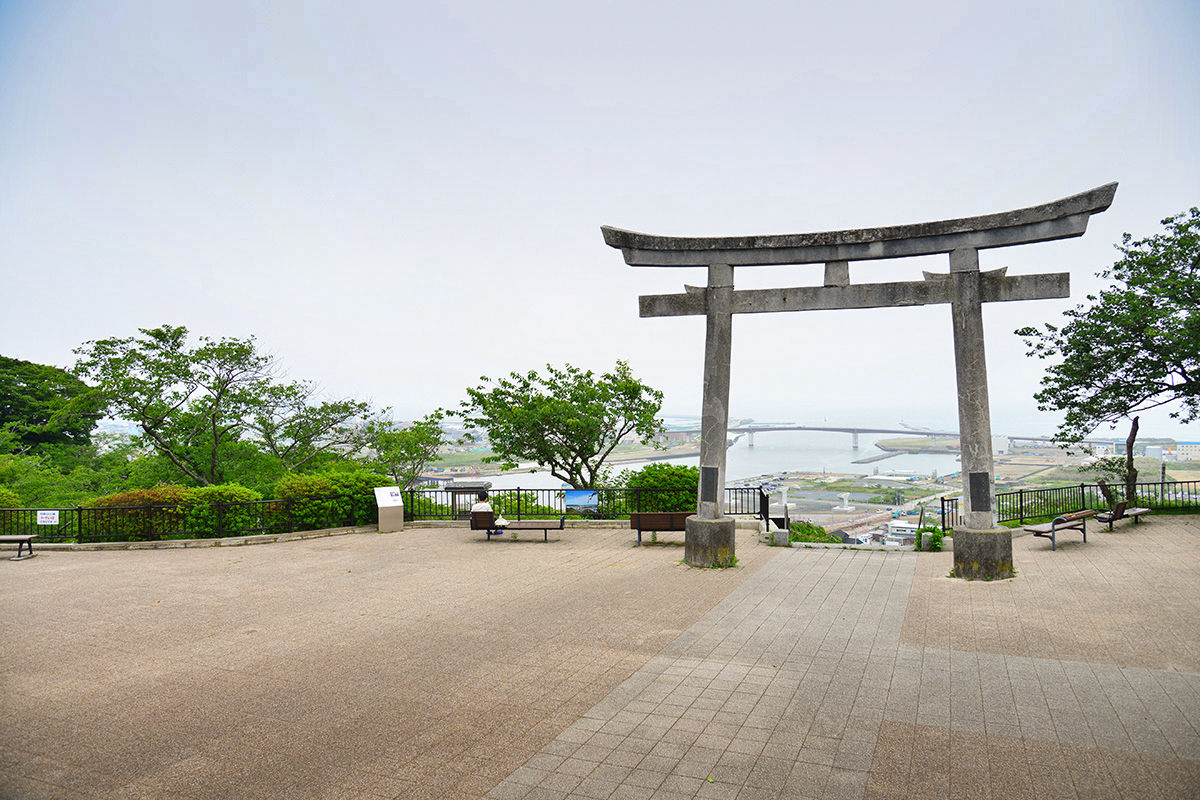 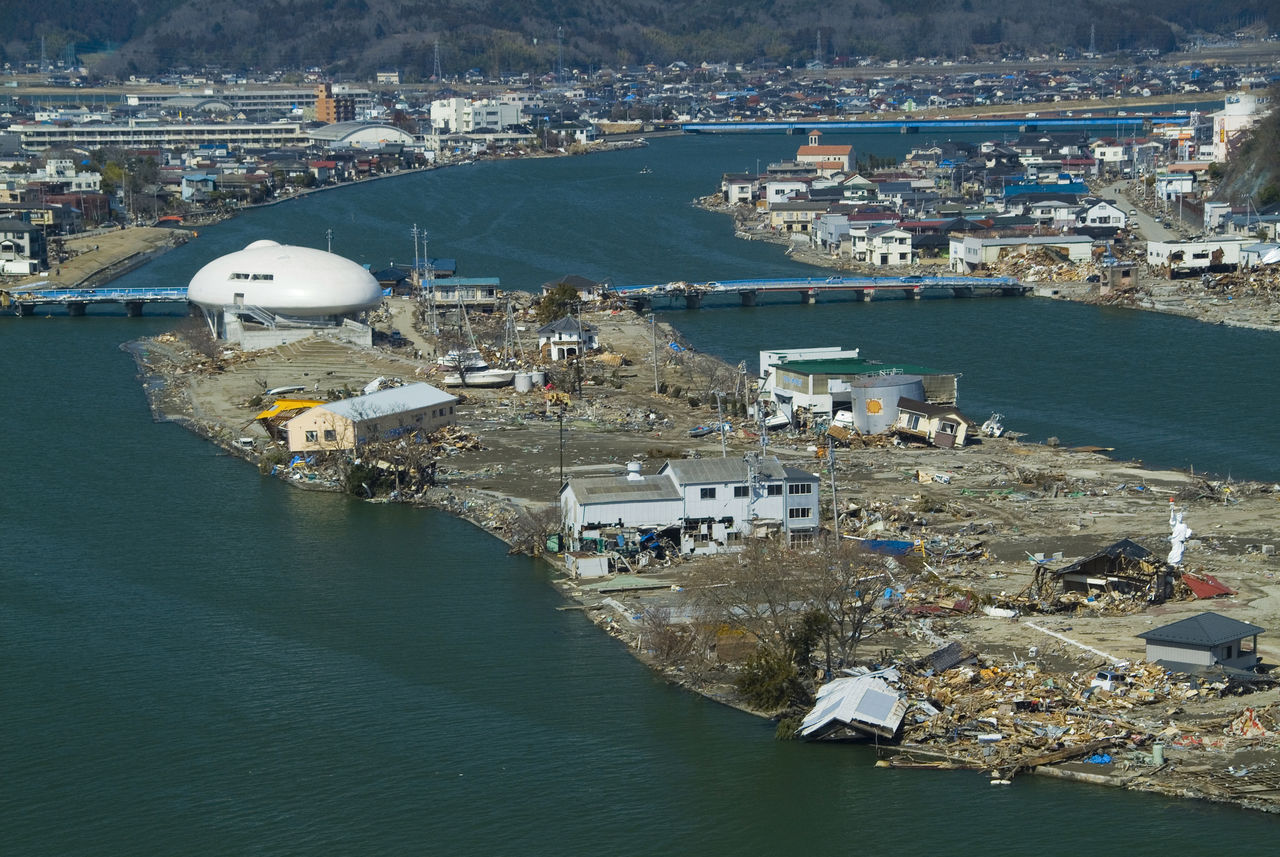 Ishinomaki on April 1, 2011, just three weeks after the earthquake. (© Shoepress) 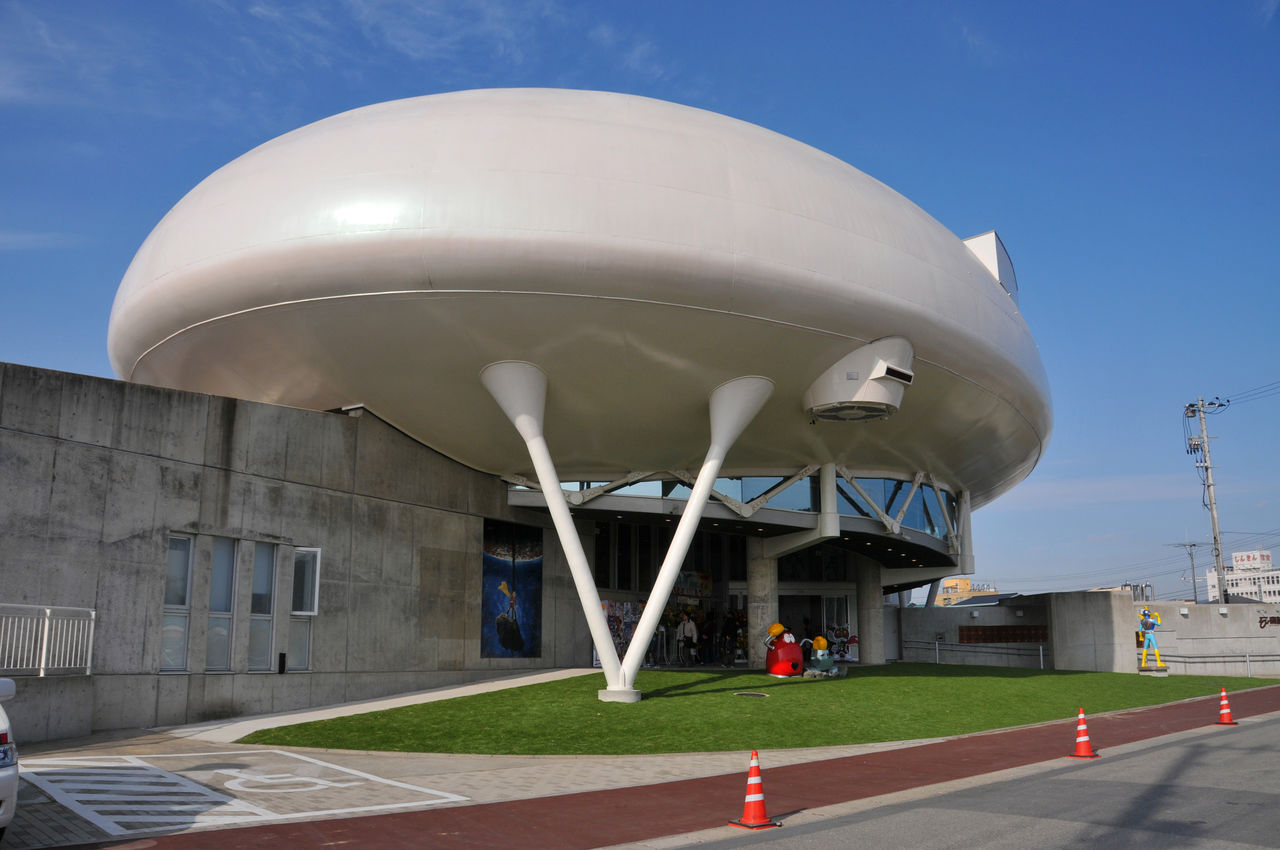 Located on the banks of the Kyū-Kitakami River, the Ishinomori Manga Museum is dedicated to manga artist and author Ishinomori Shōtarō. (© Shoepress)

The Ishinomori Manga Museum, situated at the mouth of the Kyū-Kitakami River where it flows into Ishinomaki Bay, is dedicated to manga artist and author Ishinomori Shōtarō, a native of Miyagi Prefecture with ties to the city. Ishinomori holds the Guinness World Record for the most manga published by one author. The spaceship-like museum, based on a design proposed by the famous author, houses many of his original drawings from such well-known manga series as Cyborg 009 and Kamen Rider.

The museum was submerged up to 6.5 meters by the tsunami of March 11, 2011, and all the displayed items on the first floor were swept away. Undaunted, however, the museum staff, assisted by numerous volunteers, began work to restore the building just 10 days after the waters receded. The fully refurbished structure was reopened on November 17, 2012. Currently, the Ishinomori Manga Museum serves as a highly visible symbol of Ishinomaki’s revival.

The museum attractions include a theater on the first floor showing original anime productions and a gift shop selling exclusive, one-of-a-kind items. A sloping passageway takes visitors to the second floor, where Ishinomori’s most famous works are on prominent display. 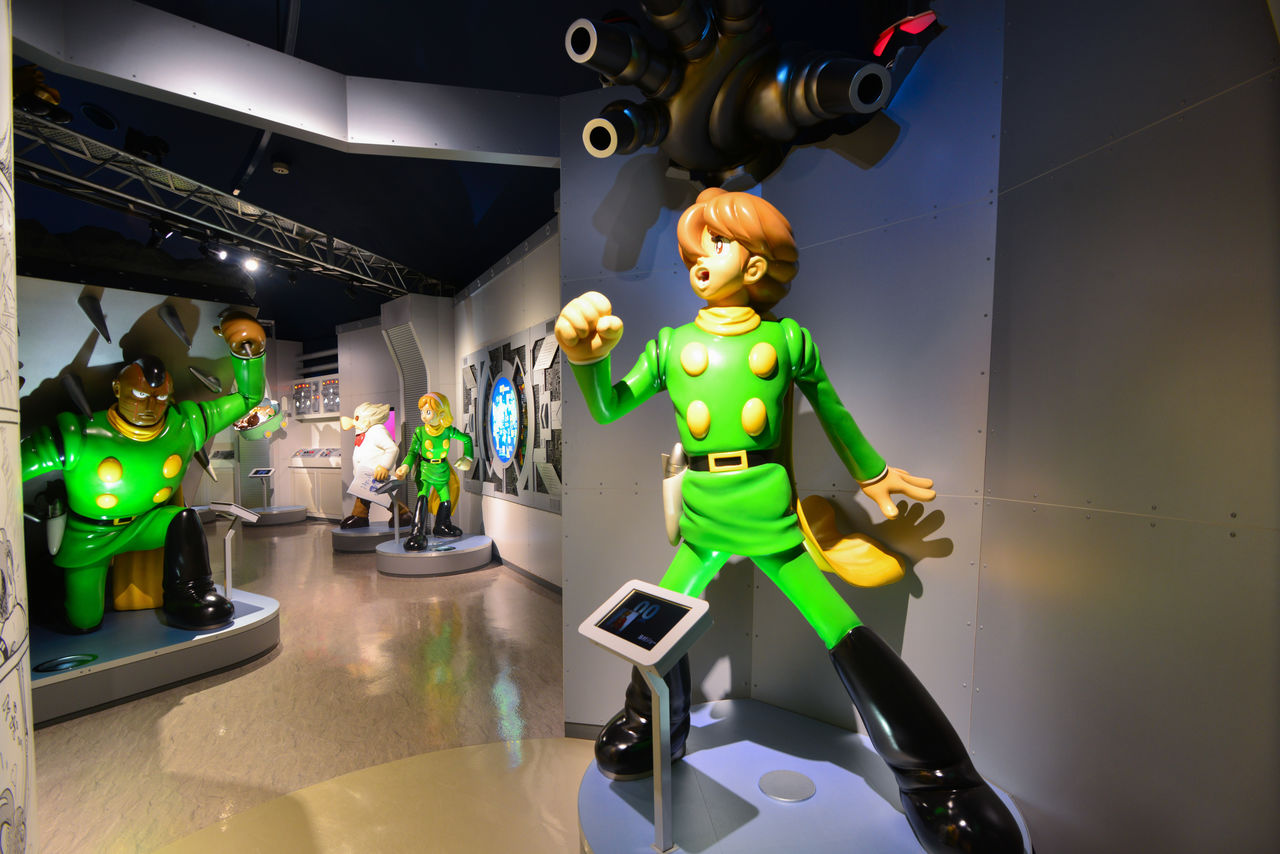 On the third floor are displayed numerous autograph cards submitted by Ishinomori’s fellow manga artists and writers. There is also a section where visitors can try their hand at creating their own original anime and a library of more than 6,000 manga.

Local Specialties On Sale at the Ishinomaki Genki Ichiba 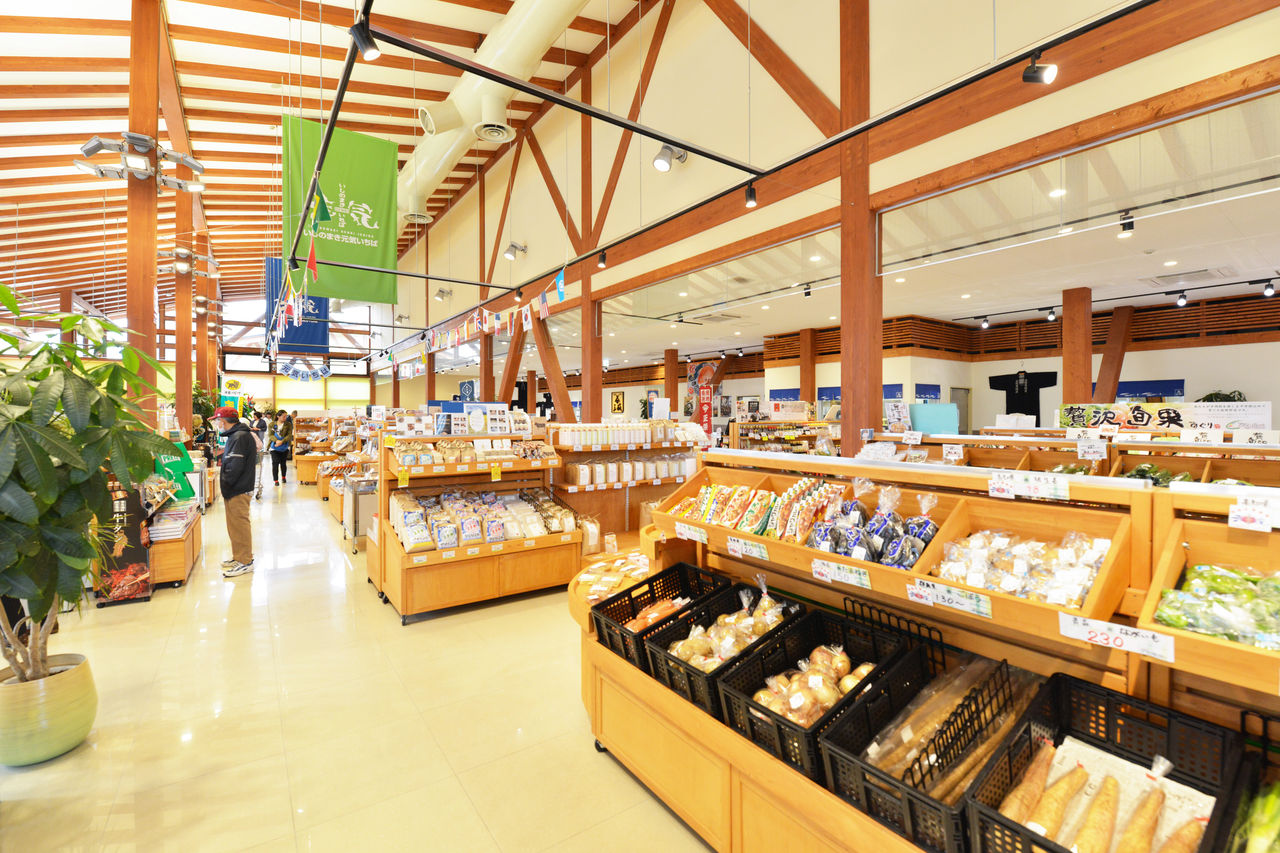 Ishinomaki Genki Ichiba opened in June 2017, the culmination of the combined efforts of local food processing companies and restaurants. The market offers a varied selection of fresh fish and processed marine products, as well as farm produce and local craft items. Here, visitors can enjoy reasonably priced sashimi and sushi made from freshly caught fish landed at Ishinomaki Port, a center of the Sanriku coast’s fishing industry. 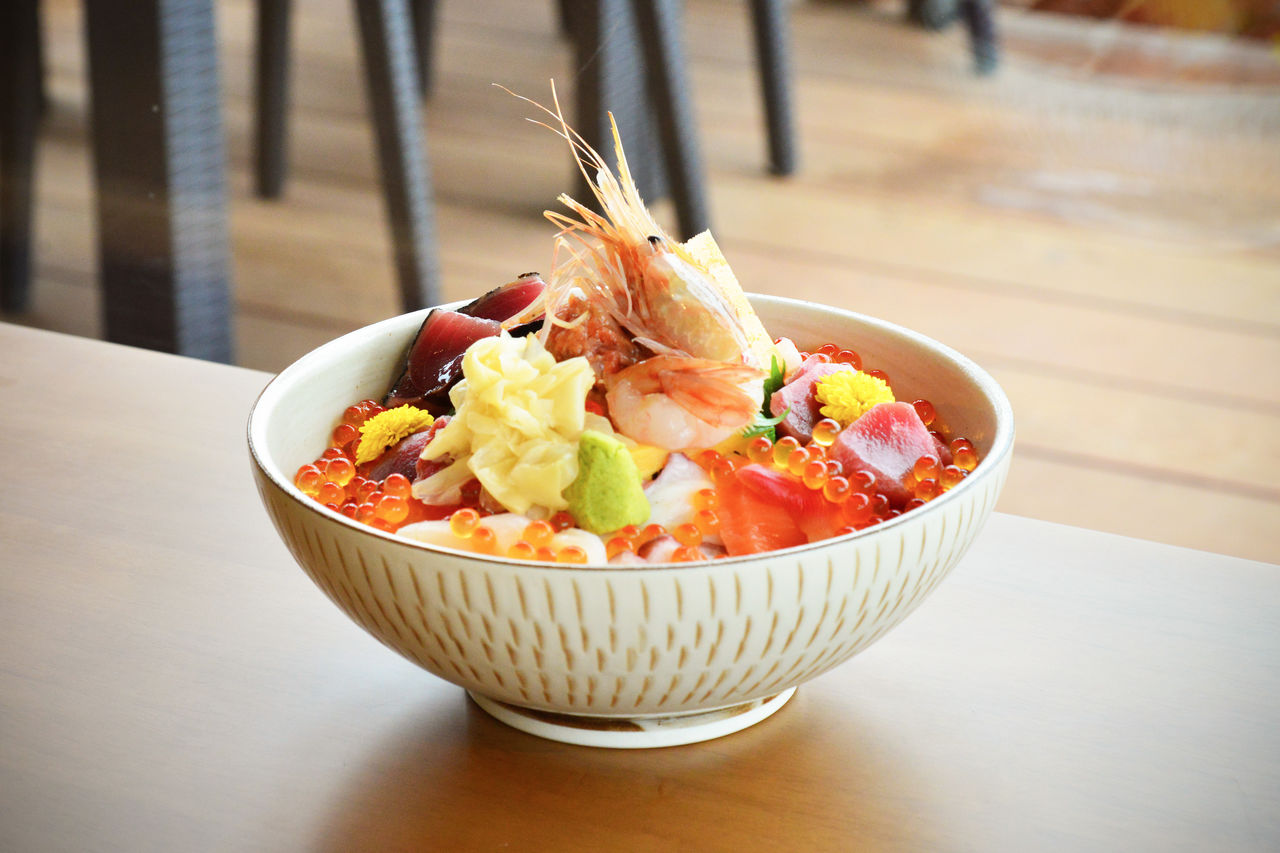 On the second floor of the Ishinomaki Genki Ichiba is a large food court with a sweeping view of the river estuary into Ishinomaki Bay. Here, visitors can enjoy specialty food items made from fresh Sanriku fish and marine products. Especially popular is the Kinkasan fish and rice bowl, full of more than 10 varieties of fresh seafood including shrimp, tuna, and salmon roe. The delicious bowl is so large it is recommended that it be shared by two people. Another favorite is a savory pasta dish with a creamy sea urchin sauce. 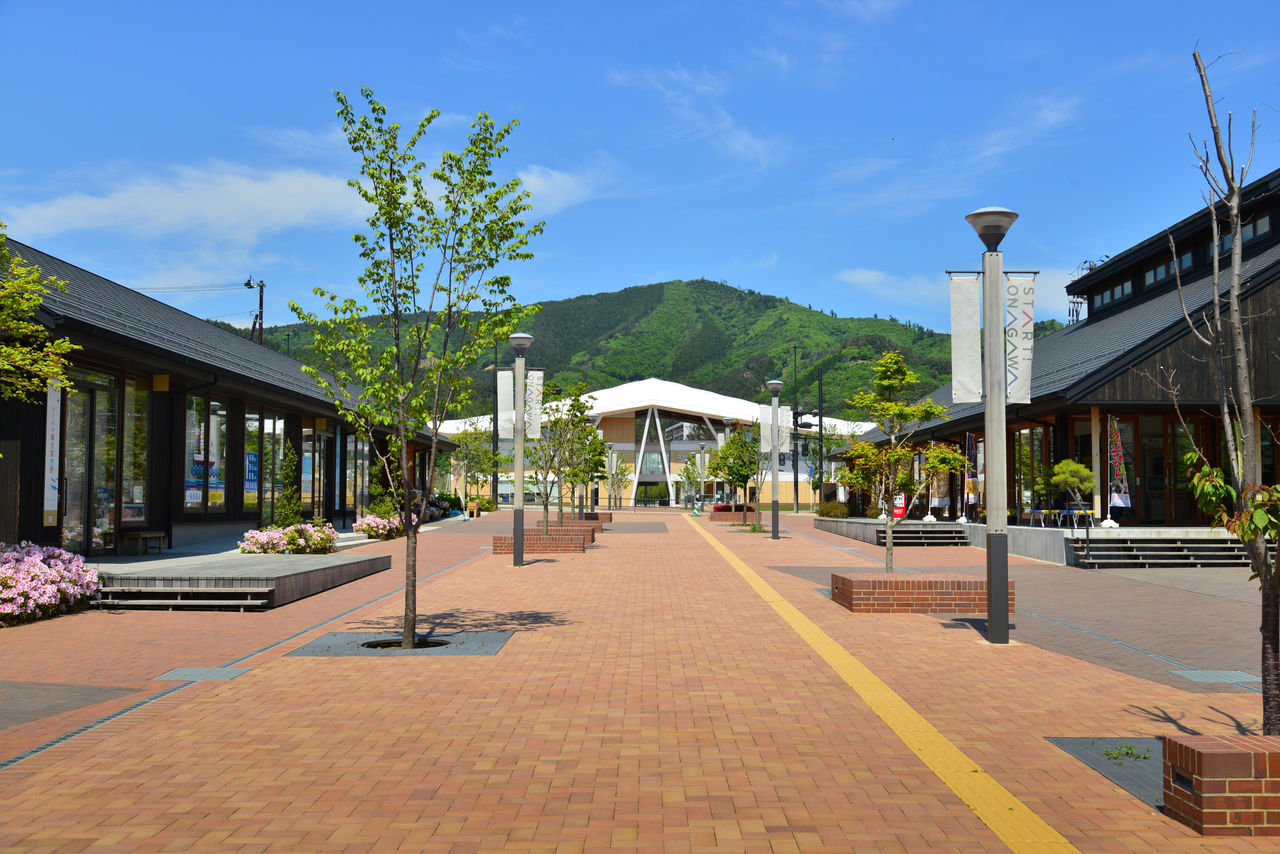 If you’re coming in to Ishinomaki from Sendai, we recommend a side trip to Onagawa, another port town nearly totally destroyed by the Great East Japan Earthquake. You can get there with a 25-minute leisurely train ride on the JR Ishinomaki Line. Disembark at the newly rebuilt Onagawa Station and find the spanking new Seapal Pier Onagawa, a large mall right in front of the station. The mall, with its numerous shops and gourmet eateries, demonstrates the extent to which the port town has rebuilt itself. A brick-lined road cuts through the mall to the sparkling sea beyond, symbolic of the bright future ahead.

(Banner photo: The view of Ishinomaki from Hiyoriyama Kōen. Reporting and text by Shoepress. Photographs © Shoepress, except where otherwise noted.)